Russian Ministry of Sports cancels all sporting events, but Candidates is still ON!

The Russian Sports Ministry made a statement that no international sporting events should be held in the Russian Federation starting from the 16th of March. However, things went ahead without any change in plans at the Candidates 2020. The player's meet, press conference and the opening ceremony was held on the 16th of March and all the players were seen present. 14th World Champion Vladimir Kramnik has spoken out against the organization of the event at this period. FIDE President Arkadij Dvorkovich in his speech assured everyone that sufficient measures have been taken. If everything goes as per the plan, we are just a few hours away from round 1 of the Candidates 2020. We bring you the opening ceremony report.

Due to the growing health risks, Russian Sports Ministry made the statement - "Until further notice all international sports events in the Russian Federation starting from the 16th of March 2020 will be cancelled.

In order to prevent the import and spread of #COVID19
in Russia the Russian Ministry of Sport has canceled until further notice all international sports events in the Russian Federation, starting from March 16, 2020.https://t.co/ZFElVQfyly pic.twitter.com/OZXgpPORnx

Here's what the sports ministry has said which is translated from Russian to English by Google:

But the Candidates event showed no signs of stopping. The opening ceremony took place at the Ekaterinburg Expo Congress center as expected on the 16th of March and the first round is scheduled on 17th of March. The only well-known personality (apart from Radjabov) who has spoken out against the organization of the event is 14th World Champion Vladimir Kramnik. He was going to commentate for the Chess24 team at the Candidates, but has now cancelled the assignement. This is what he had to say:

"I have decided to cancel my commitment as a commentator of the Candidates Tournament in Ekaterinburg. With all respect and general positive assessment of the work FIDE have done recently, I strongly believe the Candidates Tournament should have been postponed considering the nowadays disastrous humanitarian situation in the world. I personally find the decision to keep going with the tournament wrong in many senses:  image wise, legally (there was an official ban today in Russia for all international sport events), and most important, humanly (simply wrong time to make the most important chess event of the year as if nothing is happening, not even mentioning certain, even if very small, risk for the participants). I wish all players staying healthy till the end of the tournament but in nowadays situation that is the only thing what matters as a result of this untimely event. I would like to apologize to everyone who was looking forward to my commentaries on chess24 but it just feels wrong to me doing it because of the above mentioned reasons." 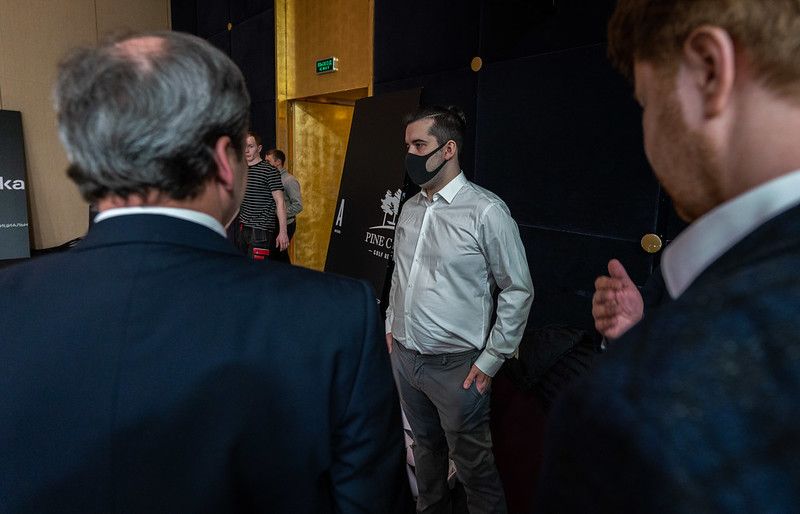 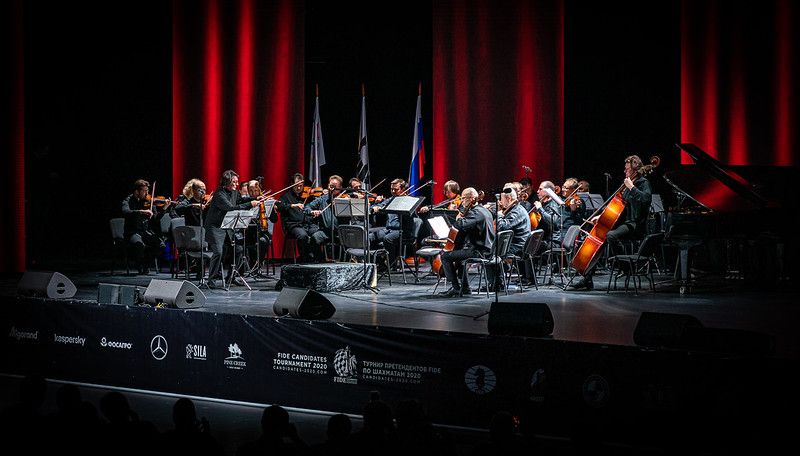 The setting of the opening ceremony | Photo: Lennart Ootes 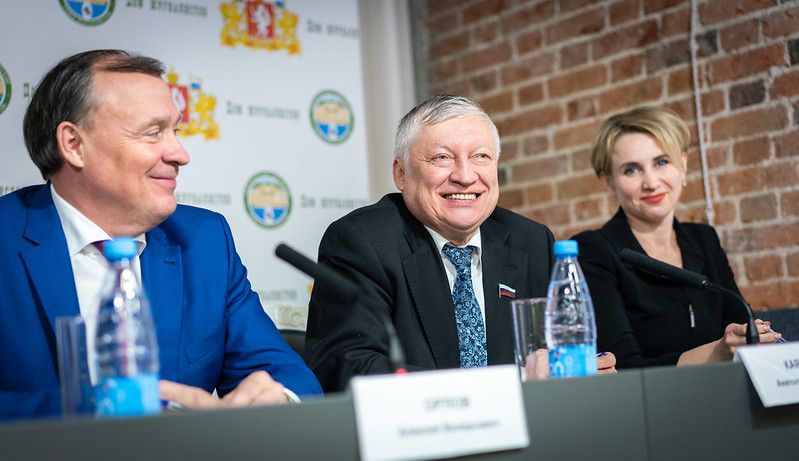 Congratulating the players and chess fans across the world on the start of the FIDE Candidates Tournament in Yekaterinburg, FIDE President Arkady Dvorkovich pointed to this event being the most important stage in the qualifying cycle for the World Chess Championship, as it will determine the opponent of the current world champion Magnus Carlsen. “In the coming weeks, we will witness epic battles between eight world's leading chess players. They went through the toughest selection process in the previous few months to compete for the right to challenge for the world chess crown in Yekaterinburg”. FIDE president also reflected on the fact that the Tournament is held in the environment of an alarming situation with the spread of COVID-19. “I would like to note that in terms of medical safety measures, the Tournament organizing Committee fully follows the recommendations of the World Health Organization, the IOC and Rospotrebnadzor and fulfils all the prescribed requirements. We also ask for maximum support from the chess community, the media, and all of you”. 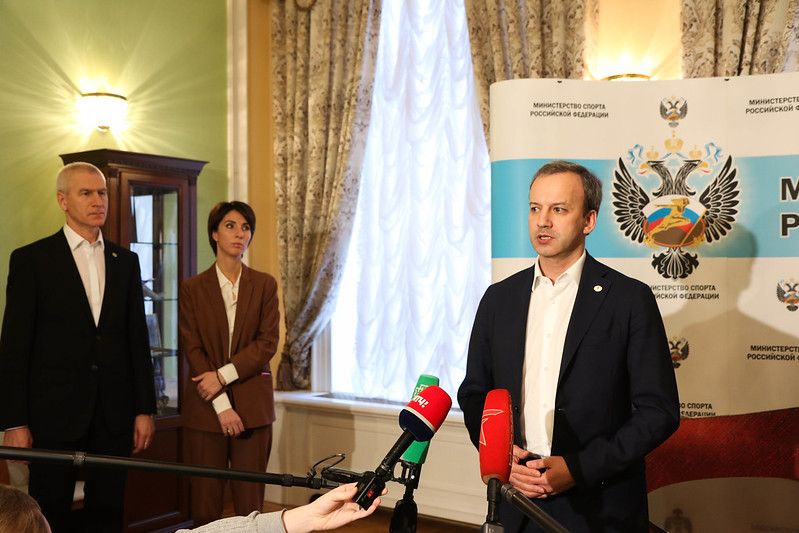 FIDE President Dvorkovich has taken a bold step to continue with the organization of the event when all other major sporting events are being cancelled | Photo: Eteri Kublashvili 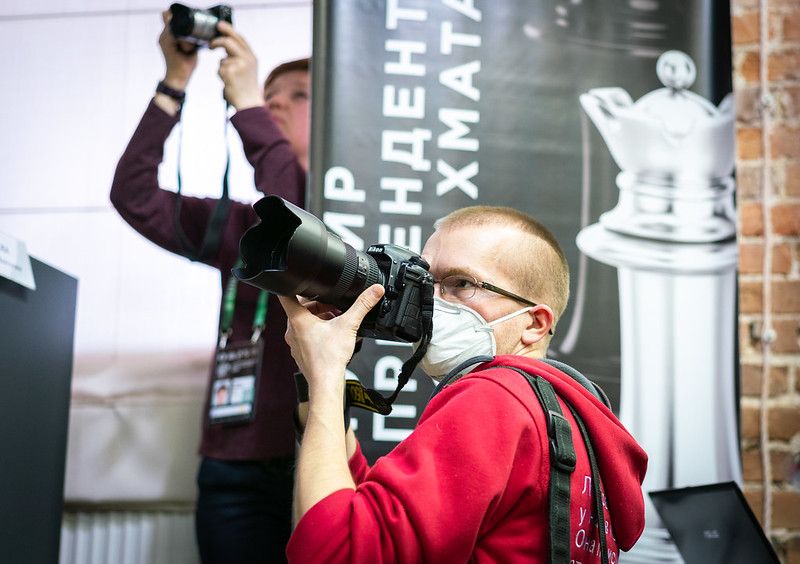 Everyone is worried, but no one wants to miss out! | Photo: Lennart Ootes 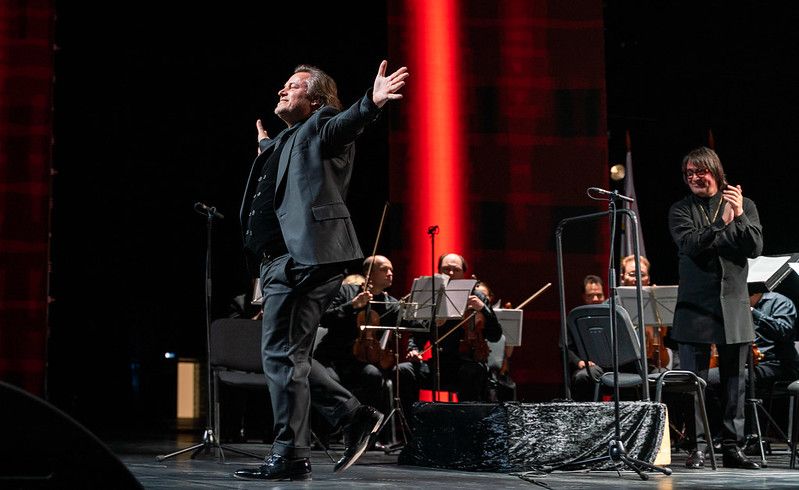 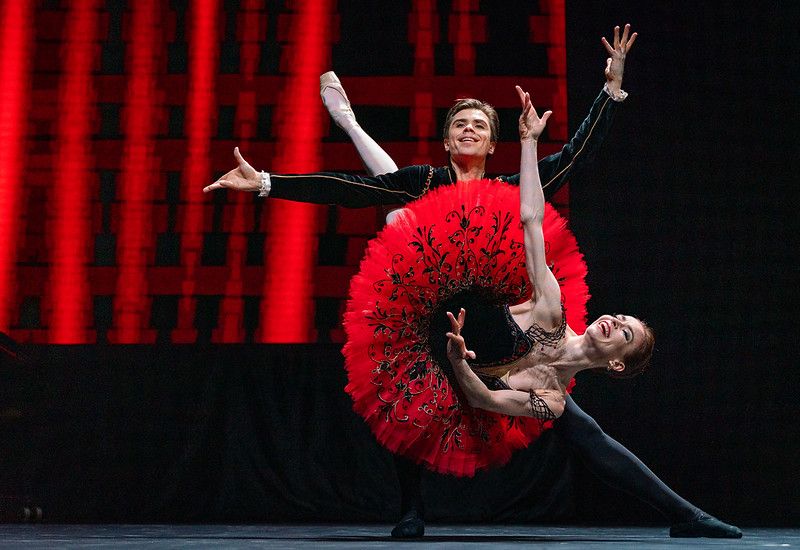 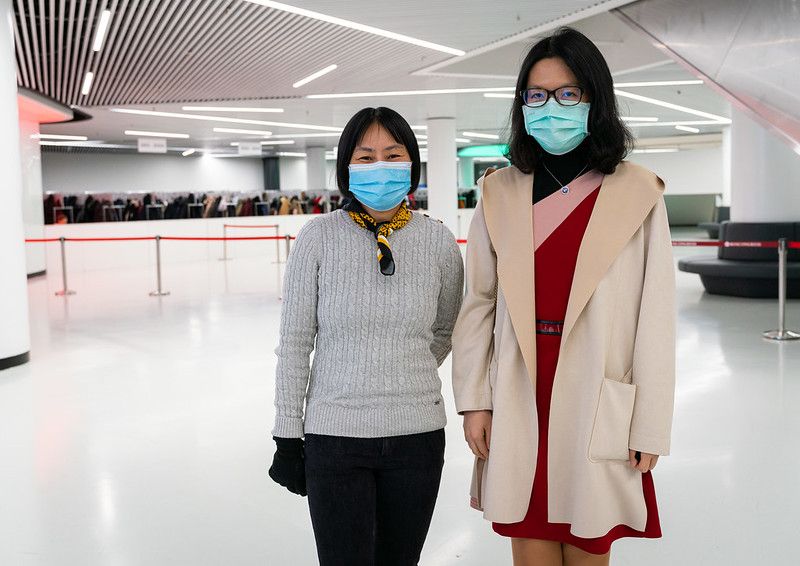 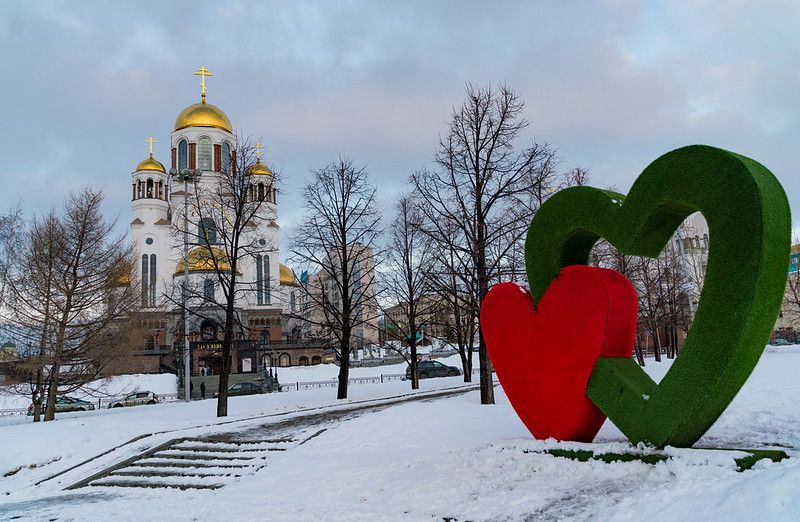 All the sponsors who have supported this event!