New: Nico Zwirs: The flexible Panov – a weapon against the Caro-Kann

The Caro-Kann is one of the most solid and respected responses against 1.e4. Since it is so solid, the Caro-Kann is an absolute brainteaser for most 1.e4 players. If you like sharp and attacking lines against this solid opening, but the 3.Nc3 and 3.e5 lines are too theoretical and too explored for you, then the Panov is definitely the solution! In the Flexible Panov Dutch IM Nico Zwirs will show you how to test Black to the limit. On this Fritztrainer he will share his journey in the Panov. Photo: ChessBase

The flexible Panov – a weapon against the Caro-Kann 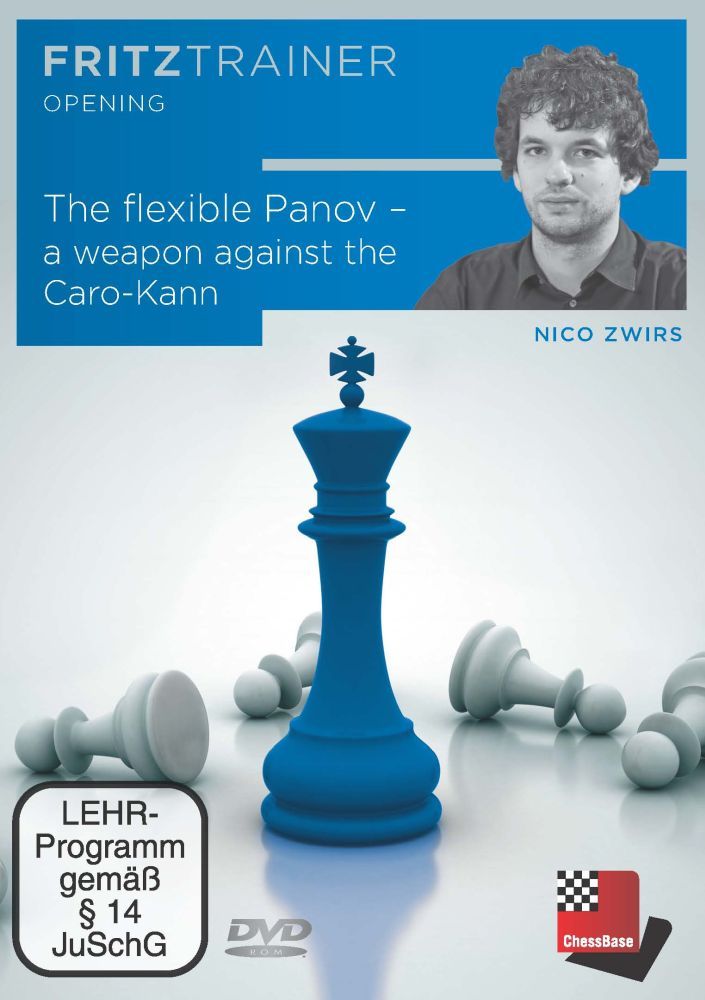 The game which started him playing the Panov, his first experiences and how he managed to master the opening. It even became his best scoring opening. The repertoire will be based on the sharp 6.Bg5 move (1.e4 c6 2.d4 d5 3.exd5 cxd5 4.c4 Nf6 5.Nc3 Nc6 6.Bg5). Starting with the mainline he will work backwards and cover all Black’s options.

The Panov is characterised by IQP positions. Black can enforce those positions as early as move 4! But also on move 5, 6 and 7 Black can go for it and Zwirs will explain the differences between all those moments. Another big plus side of this Fritztrainer is that the viewer gets multiple options and suggestions to vary his lines in the Panov. From safe suggestions to sharp and risky lines, it is all included. It makes it harder for opponents to prepare against you. As a bonus there is also a video about all the move orders. For example, you learn how to manoeuvre people who do not have the Caro-Kann in their repertoire into the Caro-Kann, which is an extremely dangerous weapon! So, check out this Fritztrainer and become the next Panov master

Nico Zwirs is a Dutch International Master living in Amsterdam, who grew up in Apeldoorn. He got the IM title in 2019, reaching a peak rating of 2453. He’s an active player, participating in several European leagues