The third volume of Nicholas Pert's 1.d4 repertoire concludes his trilogy. Pert shows how White can get promising positions against the King's Indian and the Grünfeld Defence, how White can counter offbeat openings by Black, and he also offers comprehensive analysis how to fight the Dutch, the Modern and the Pirc. Now is as good as any time to learn and strengthen the repertoire with 1.d4 against various openings. In case you didn't get the first two volumes, you should get them now to enrich your knowledge on how to deal with various openings and the resultant structures. English GM Nicholas Pert brings you the latest volume of 1.d4 repertoire which is available now. Photo: ChessBase 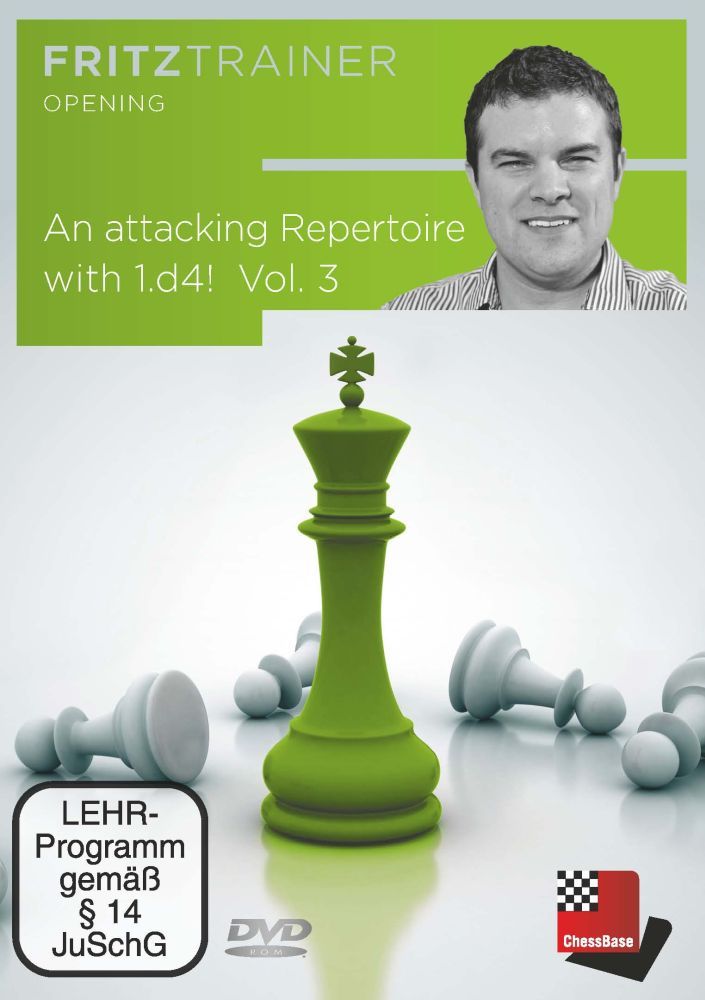 In this 3rd and final edition of my 1.d4 series I have focused on all of the lines which were not covered in the 1.d4 d5 (volume 1) or 1. d4 Nf6 (volume 2) videos. These 3 video series together offer the viewer a complete main line White repertoire based on 1.d4.

The lines are generally attacking and the positions are designed to give White the maximum chance of putting Black on the back foot from early in the game. The lines are aimed at ambitious players who are looking to develop a long term attacking option as White.

Objectively this was the easiest video series of the 3 to produce as White is usually able to gain a comfortable edge by playing sharply and powerfully against Black’s offbeat systems.

The variations covered include an interesting sideline (3.h4) vs Kings Indian and Grunfeld players. I have given comprehensive analysis against the Dutch, Modern and Pirc. In addition to this I have analysed what I believe to be the most critical White variations against many of Black’s other tricky 1st moves such as 1..b6, 1... b5, 1...c5, 1...e5, 1...Nc6, 1...e6 and 1...d6.

A sample from Nicholas Pert - An Attacking Repertoire with 1.d4 Vol.3 | Video: ChessBase

GM Nick Pert is a chess grandmaster from England who has regularly played for the England team in Olympiads and European Team Championships. He is a former World Under-18 chess champion and is the current National Head Coach of the English Chess Federation.