The English Opening is becoming increasingly popular as White players avoid the heavy theory of 1.e4 or 1.d4 and hope to achieve a small advantage in a safe position. A lot of club players tend to focus on openings against 1.e4 and 1.d4 but neglect to study a response to the English. 1...e5 is a theoretically sound response with good chances of equality or better in all variations, and in this video series, Grandmaster Nicholas Pert provides a complete Black repertoire based on this move. It is a great opportunity to prepare as Black pieces against the English Opening, with 1...e5 being the main reply covered in this DVD. Photo: ChessBase

A Complete Black Repertoire versus the English, 1...e5

I have several years of experience playing 1...e5 against the English, and it is used regularly by many of the world’s leading grandmasters. Anish Giri is known for his opening preparation and his ideas feature heavily in the chapters. 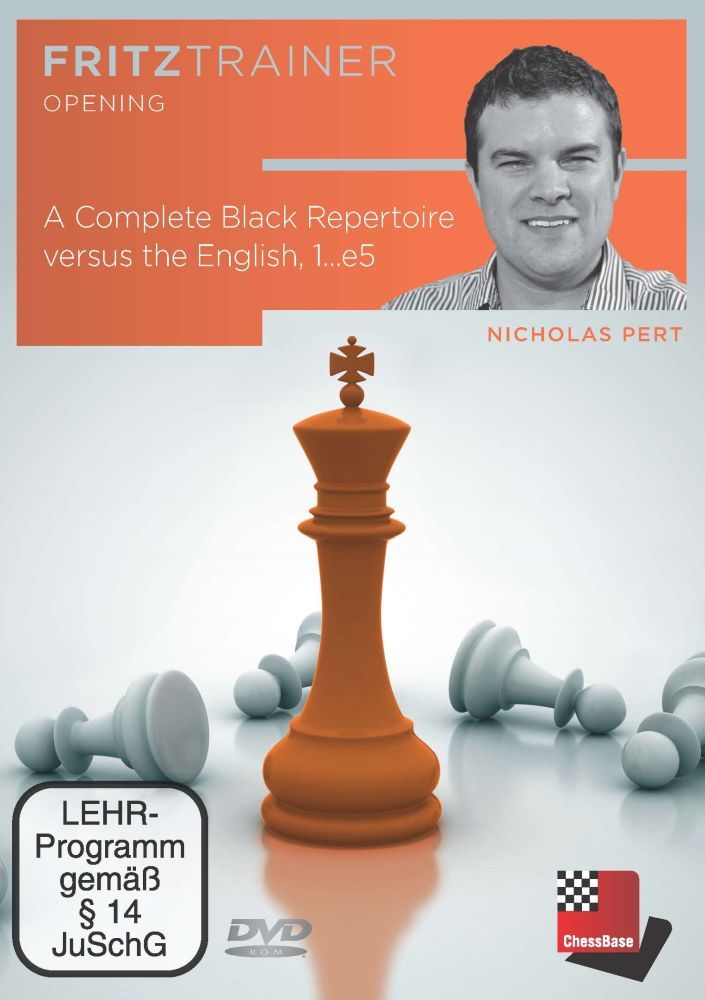 The repertoire is designed for players who want a complete, independent repertoire against 1.c4. 1...e5 is the 2nd most popular response to the English after 1...Nf6, and doesn’t allow direct transpositions into 1.d4 openings.

In many of the chapters Black equalises, and when the White players become a bit adventurous or don’t know how to handle the positions, Black can hope for an advantage. The two positions that feature most heavily are the Four Knights English, 1.c4 e5 2. Nc3 Nf6 3. Nf3 Nc6 and the systems with early g3, 1.c4 e5 2. g3 c6.

In both of these positions I have studied the main variations in depth, but also covered some of the minor lines. The same themes have a habit of coming up regularly and I have attempted to present the main ideas of these key positions as well as the theory in order to help the viewer’s understanding of this opening.

GM Nick Pert is a chess grandmaster from England who has regularly played for the England team in Olympiads and European Team Championships. He is a former World U18 chess champion and is the current National Head Coach of the English Chess Federation.