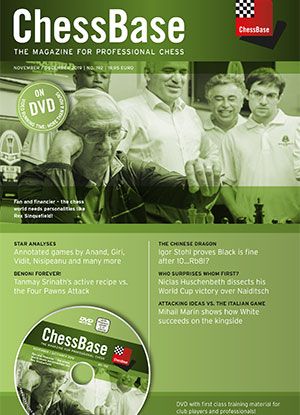 Who surprises whom first?

Attacking ideas vs. the Italian Game

Mihail Marin shows how White succeeds on the kingside

Revival in the Petroff 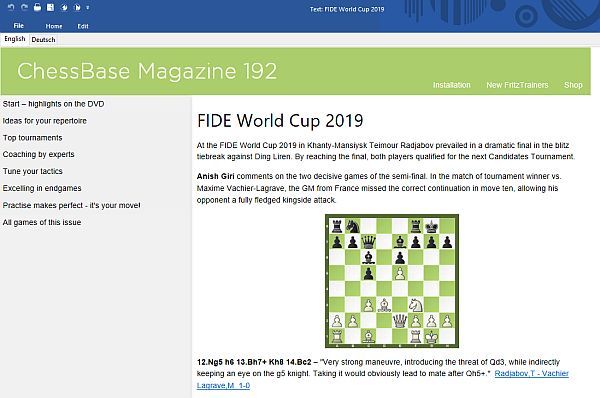 The Najdorf twice: Daniel King examines the as yet relatively unexplored 6.Nb3, and Alexei Shirov shows one of his successes with the trendy 6.h3 e5 7.Nb3. Erwin l’Ami presents a possible rediscovery of 3.d4 Nxe4 4. Bd3 against the Petroff (which also Magnus Carlsen employed with success against Alexei Shirov at the Isle of Man recently). 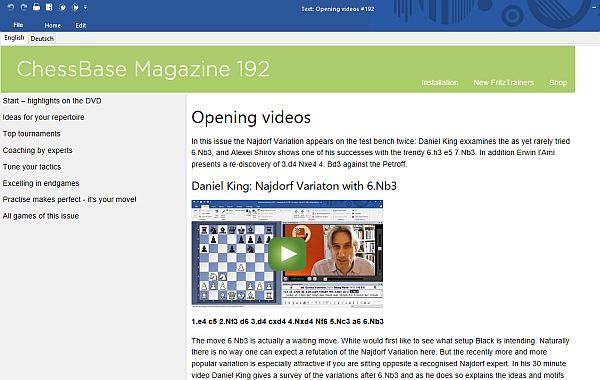 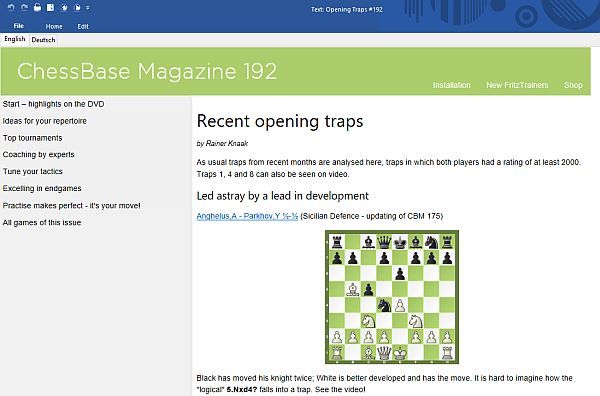 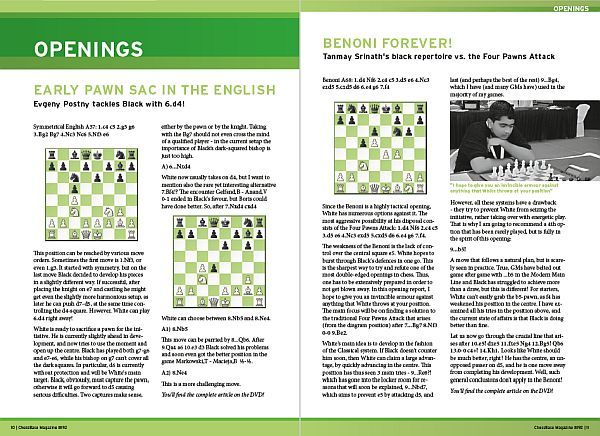 Endgame - "The duel between knight and bishop"

Karsten Müller presents the whole range of one of the classic duels from “storming fortresses” all the way to “Powerplay” by the knight. Plus video training with a total running time of over an hour!

“Perhaps the best game in Rubinstein’s whole career” – Dorian Rogozenco, the trainer of the German national team, highlights in this presentation of an “absolutely perfectly played game” three key moments that will help you improve your understanding of chess. Let the Grandmaster from Romania show you the decisive tricks all the way through to Rubinstein’s impressive mating attack in the endgame! 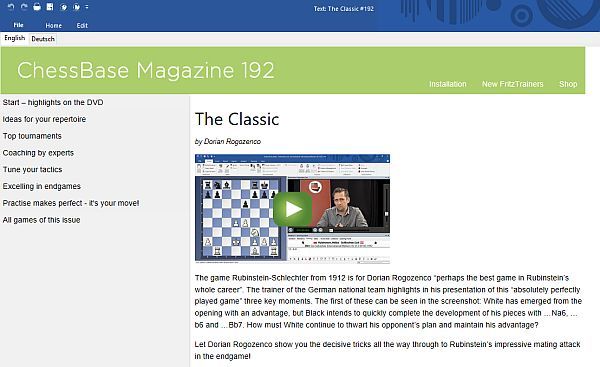 Simon Williams has chosen one of the many attractive games from the FIDE World Cup in Khanty-Mansyisk: Nihal Sarin–Eltaj Safarli. Why specifically this game? Because White’s play looks so extremely simple and because there is so much to learn for your own play from his artistry. Together with the GM from England find the moves of the extremely talented Indian player. Move by move! 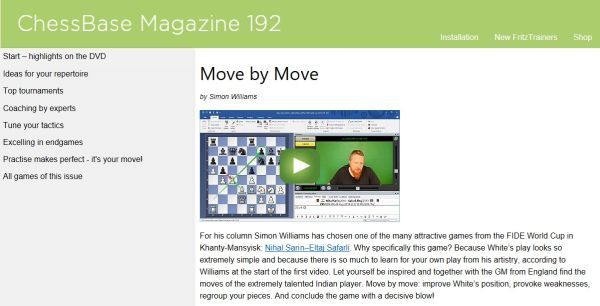 The Italian Game has recently become popular again, not least because a series of strong grandmasters have discovered the attacking potential of this opening in recent decades. Strategy expert Mihail Marin presents the three most important scenarios. 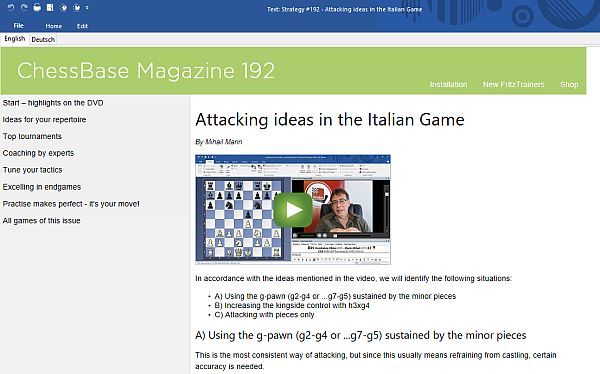 Oliver Reeh’s tactical selection consists of 27 recent games, each provided with at least one training question. He also presents his three favourite combinations in our interactive training format with video feedback! 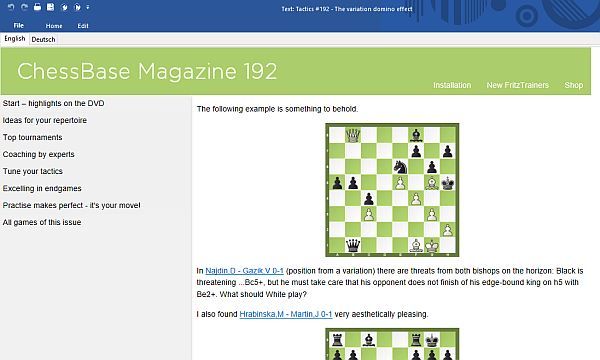