New: Nicholas Pert: A Black Repertoire versus the Anti-Sicilians

The Sicilian is the most popular opening against 1.e4 because it is theoretically sound but offers Black double-edged play at the same time. Whilst you must know how to handle the main line (2. Nf3 and 3.d4), sidelines are also very important. In this video series I give a strong and practical Black repertoire against these sidelines such as the Bb5 Sicilian, the Grand Prix Attack, the Alapin and many more, from my years of experience playing the Sicilian. Photo: ChessBase

A Black Repertoire versus the Anti-Sicilians 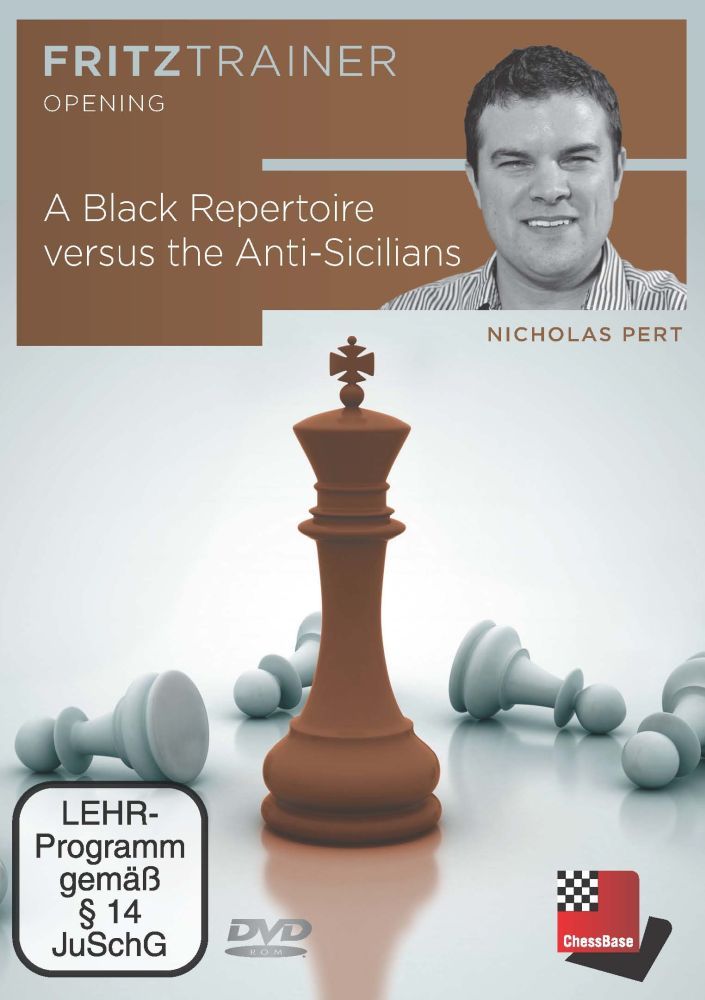 The repertoire is designed for players who play 2...Nc6 against the main line Sicilian. This video series is the perfect complement to my Kalashnikov video series in order to give Black a complete repertoire against 1...e4, but it will also complement other Sicilian lines. For example if you play the Sveshnikov Sicilian (Magnus Carlsen’s recent choice), Accelerated Dragon, Grivas Sicilian, Taimanov Variation, Flohr Variation or Loewenthal Variation against the main line Sicilian, then this video series can be used to cover all of the important sidelines that White might play. There are also many useful chapters for players who play other Sicilian variations (not involving an early Nc6). I find that sidelines are more common than the main line at club level, and possibly at top level too, so having a strong repertoire against these sidelines is essential for any Sicilian player.

GM Nick Pert is a chess grandmaster from England who has regularly played for the England team in Olympiads and European Team Championships. He is a former World U18 chess champion and is the current National Head Coach of the English Chess Federation.