The newest Master Class has arrived with Armenian Grandmaster Tigran Petrosian. The former world champion has left a huge legacy with his positional and strategical play. No wonder his nickname was “Iron Tigran” — he could defend positions better than almost anybody else! Dr. Karsten Müller, Mihail Marin, Oliver Reeh and Yannick Pelletier present high quality analysis and tactics training in the 13th installment of the series. A must-have for your collection! Enrich your knowledge of the strategic skills and defensive techniques by studying the classics of the one and only Tigran Petrosian. Photo: ChessBase 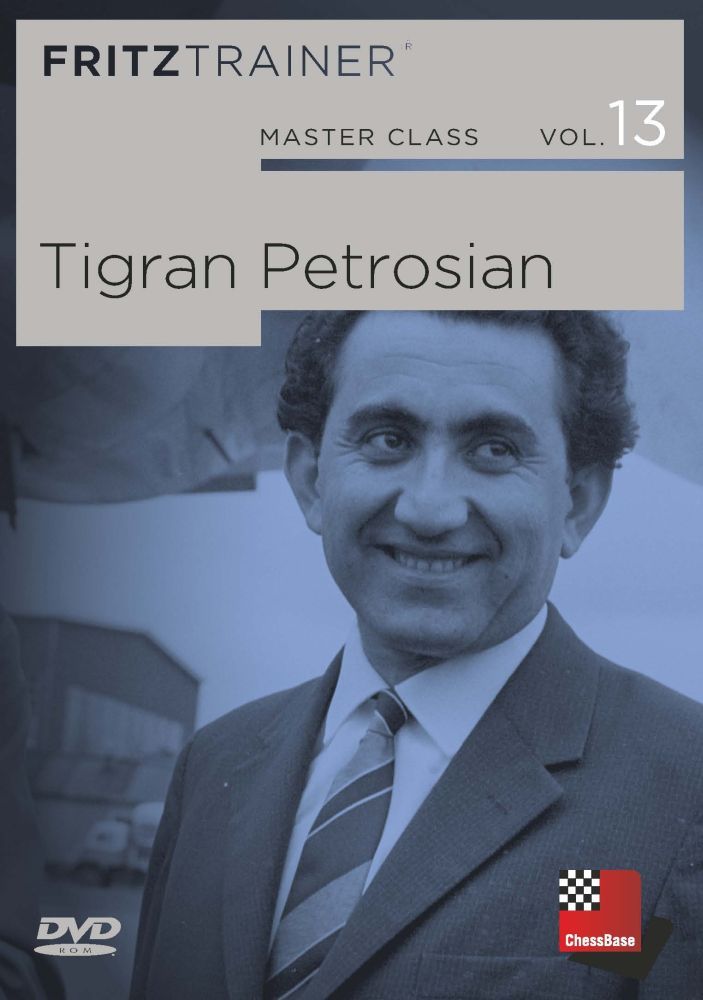 Tigran Petrosian became the 9th world champion in the history of chess after defeating title holder Mikhail Botvinnik in their match in 1963. Six years later, in 1969, he lost the title to Boris Spassky. But Petrosian remained one of the best players in the world for a long time, paticipating several times the Wch cycle. In his games, the native-born Armenian excelled by a very correct playing style, avoiding tactical swindles and aspiring success through superior strategy. Proverbial were Tigran Petrosian’s defense skills. Considered a master of prophylaxis, he sensed dangers long before they actually became acute on the board. In his prime, Petrosian was almost invincible.

If you want to improve your strategic skills and your defensive techniques, there just is no better teacher than Tigran Petrosian. Admired as a folk hero in Armenia, he has been emulated by many players there making the country a leading chess nation. Let our authors (Yannick Pelletier, Mihail Marin, Karsten Müller and Oliver Reeh) introduce you into the world of Tigran Petrosian.

• Petrosian Powerbook: The opening repertoire of the 9th world champion as a variation tree