NEW: A nightmare for the Najdorf

The Najdorf is one of the most dangerous variations of the Sicilian Defence. Fighting against it is always difficult, but GM Sergei Tiviakov demonstrates a very effective way to combat this popular opening. Najdorf is one of the most widely played variations in Sicilian Defence. In the recent times, Maxime Vachier-Lagrave is a pioneer of the Najdorf with the black pieces at the top level. Many club level players also play this. To know how to combat this line with white pieces, one must know the intricate details of the ways to land connoisseurs of Najdorf in trouble with the white pieces. 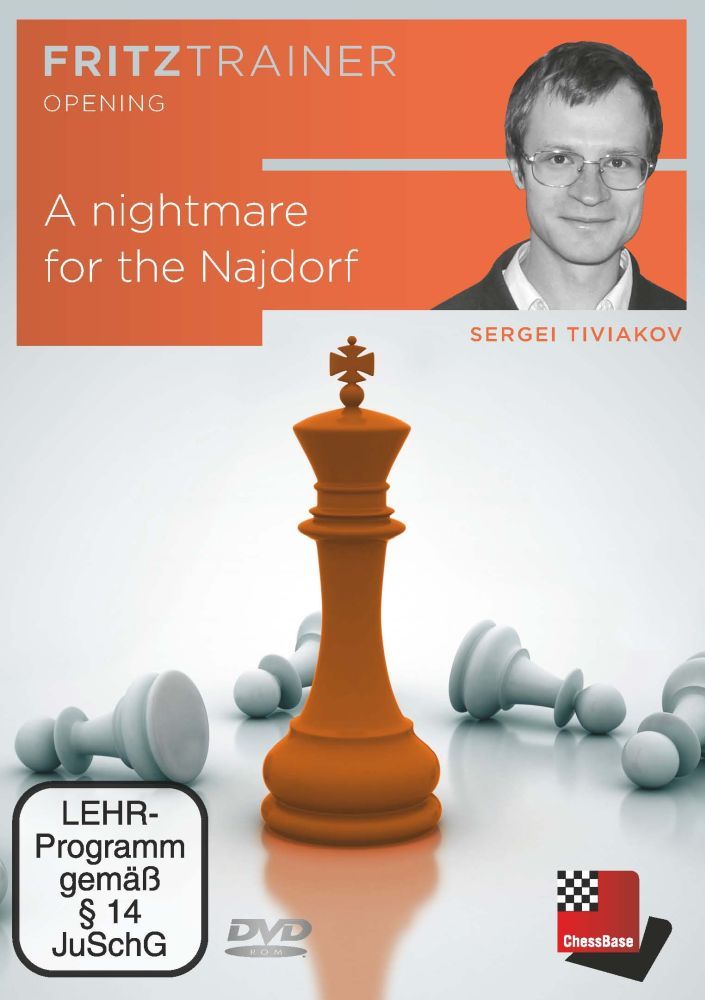 Crafty players take the fight to their opponents on their own terms, and starting with 2.♘c3 you’ll learn how to take Najdorf connoisseurs into nebulas territory where they may quickly lose their way. Rife with examples from his own GM practice, Tiviakov’s clever move orders will arm the White player with tried and true transpositional tricks to force Black into unfamiliar Sicilian variations, the most common of which are the Paulsen and the Dragon variations — both thoroughly covered.

Tiviakov reports scoring 80% against Najdorf specialists, so he can surely help 1.e4 players tip the theoretical scales in their favour!

• Extra: All games by the author in the variations presented

Born 1973 in Krasnodar (Soviet Union), Sergei Tiviakov was a member of the Smyslov school and gained the titles of World Youth Champion at U16 and U18 levels. 1994 he represented Russia in the Chess Olympiads. Since 1997 Tiviakov has been living in Groningen (Netherlands). With his new home country he won the title in the European Teams Championships in both 2001 and 2005 and was victorious in the championship of the Netherlands in 2006 and 2007. Tiviakov celebrated his biggest success in 2008 when he won the European Individual Chess Championship.