On this updated DVD, experts including Daniel King, Mihail Marin, Karsten Müller, Oliver Reeh and Niclas Huschenbeth examine the games of the 16th World Champion. Let them show you how Carlsen tailored his openings to be able to outplay his opponents strategically in the middlegame or to obtain an enduring advantage into the endgame, and bear witness to how the Norwegian always managed to find a way to pose his opponents serious problems, even in apparently level endings. This 2nd edition features additional new recordings by all the authors and an extra chapter with a special look at Carlsen by Daniel King. Photo: ChessBase 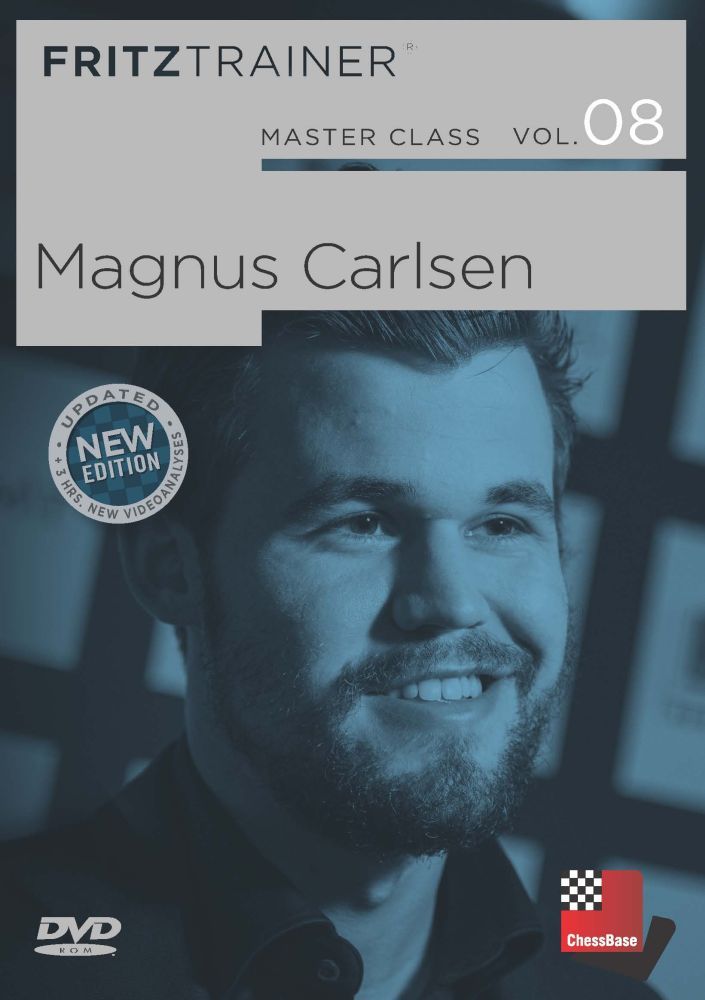 Scarcely any world champion has managed to captivate both chess lovers and the general public to the same extent as Magnus Carlsen. The enormously talented Norwegian arrived on the scene as if from nowhere, without having been systematically trained within the structures of a major chessplaying nation such as Russia, the Ukraine or more recently, China. Rather, his development had taken place in an almost totally private setting. Upon recognizing his son’s unbelievable talent, his father took him out of school, bought a camper van and, together with the whole family, set about traveling from tournament to tournament. The rough diamond from Norway was gradually polished in countless tournament games, and was soon receiving invitations to top tournaments, where he proved his incredibly deep understanding of chess against even the world’s top players.

Thanks to Carlsen’s style, computer-supported opening preparation has faded somewhat into the background, with a greater importance being placed on the sporting side of chess – deep strategy, extensive endgame knowledge, energy and endurance are the trump cards of the new chess megastar. By 2010, Carlsen was already number one in the world ranking list; in 2013 he also claimed the title of World Champion, a title he has now successfully defended several times.

• Featuring a database of all Carlsen’s games, tournament crosstables, and a short biography