Not quite a London System and not quite a Veresov. The unusually named ‘Barry Attack‘ lies somewhere between the two. Yet another challenging queen pawn system that Black has to prepare for. In fact, the ’Barry Attack’ had roots as early as 1922, when Tartakower experimented with what was then an unknown opening, but didn’t really take off until the late 1970’s and 1980’s, when a whole series of strong players such as Niaz Murshed and several English masters started to win game after game with it. On this new ChessBase video course, FIDE Senior Trainer and IM Andrew Martin gets you ready to play the Barry in your own games. Photo: ChessBase 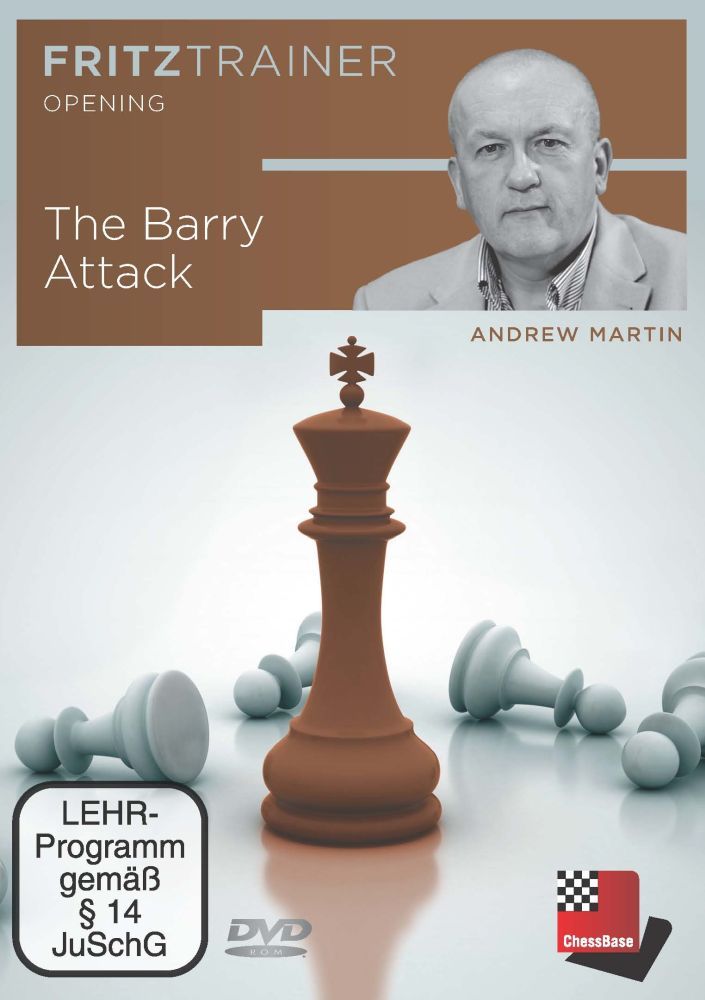 Players under 2200 will benefit the most. It turns out that after 1.d4 Nf6 2.Nf3 g6 3.Nc3!? d5 4.Bf4 Bg7, White has no less than four dangerous moves, 5.e3, 5.Qd2, 5.Nb5 and 5.h3, all of which are considered here. Your final choice will be a question of taste. The Barry Attack has developed into a winning weapon, which even world-class Grandmasters use in the modern day. In this ChessBase video course, you are going to find what the Barry is all about.

Andrew Martin is an English chess player with the title of International Master. He has won various national and international tournaments and was a commentator on the chess world championship between Kasparov and Kramnik in 2000. He is known as a professional chess teacher and head trainer of the English youth team. He is a chess columnist, an author of chess books and the author of various instructional videos. He was the publisher of the series Trends Publications. Andrew Martin has recorded extensively for Chessbase since 2004.