GM Kateryna Lagno has won four games in a row to emerge sole leader at FIDE Astana GP 2022. She defeated WGM Zhu Jiner (CHN) in a dicey game where she could have probably lost at some point. IM Polina Shuvalova also averted disaster as her opponent GM Tan Zhongyi (CHN) missed an opportunity to trap her opponent's queen. IM Vaishali suffered her second loss of the event, against the FIDE Women's World Cup 2021 winner, GM Alexandra Kosteniuk. Vaishali will face IM Polina Shuvalova in the penultimate round 10 which starts today at 2:30 p.m. IST. Photo: FIDE/Anna Shtourman

The ninth round had 50% decisive games including a Berlin draw. Nevertheless, the remaining five games were quite exciting. At least two decisive games could have gone their opponent's way, if they had spotted their opportunities at the right time.

GM Tan Zhongyi (CHN, 2525) could have won her game against IM Polina Shuvalova (2510). The former Women's World Champion needed to spot her opponent's queen getting trapped. 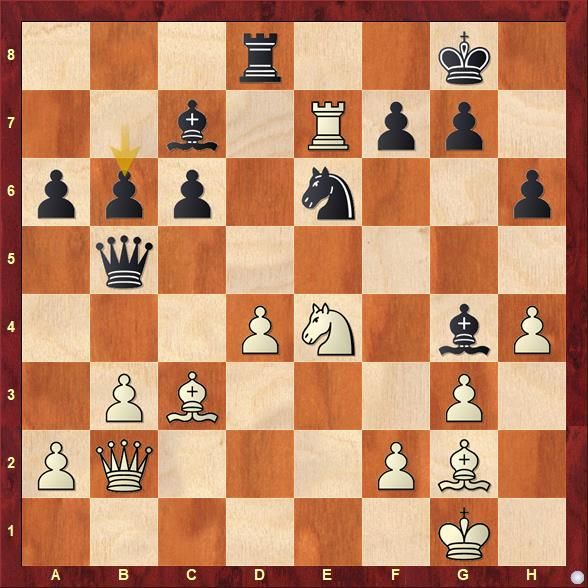 Black had a good position until she played 32...b6. White needed to go 33.f3 Bh5 34.g4 Bg6 35.Bf1 Qd5 36.Bc4 and the queen gets trapped. Well Black would have been forced to give up her bishop to prevent the queen from getting trapped. Eventually, White went for an incorrect exchange of pieces which gave her opponent a decisive advantage.

Polina Shuvalova: "I just want to play chess and enjoy it" | Video: FIDE 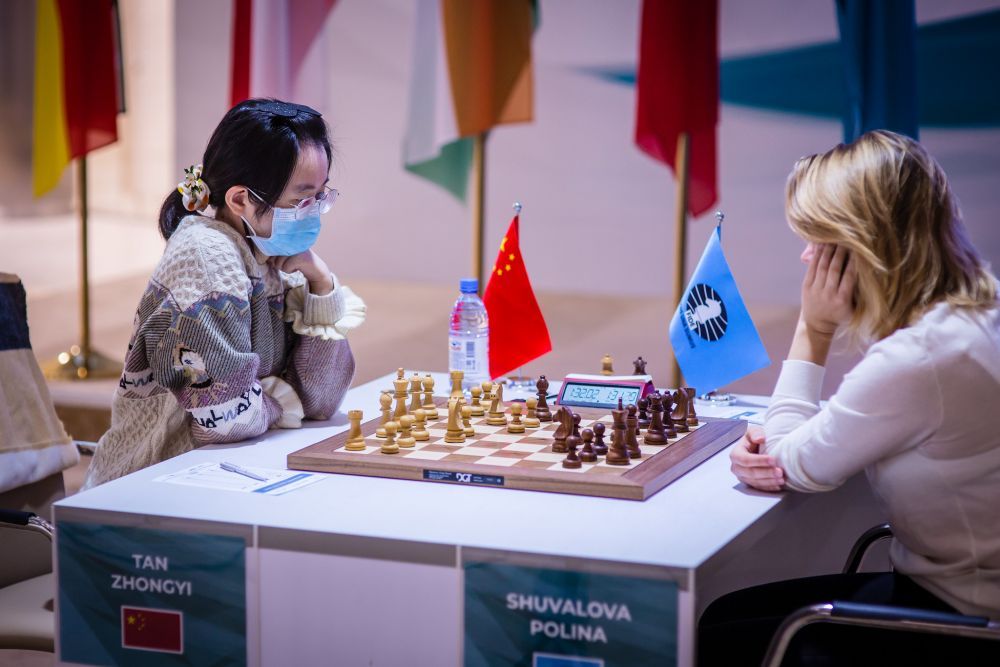 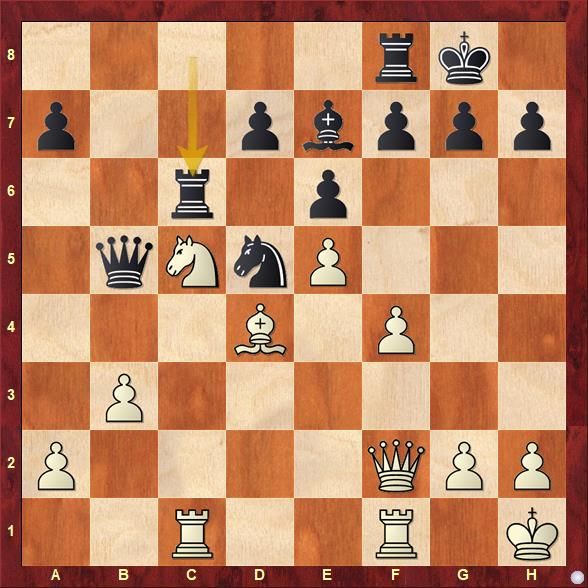 Kateryna Lagno: "First I could not believe it, thought maybe it's a trick" | Video: FIDE 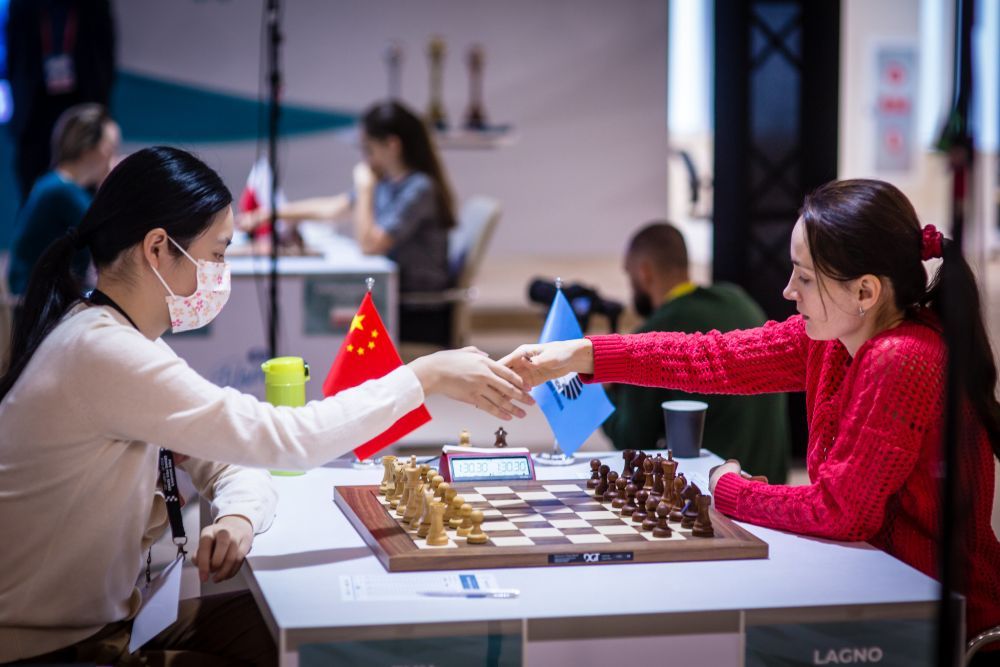 IM Vaishali R (2449) had the difficult task to find a safe square for her queen against GM Alexandra Kosteniuk (2521). 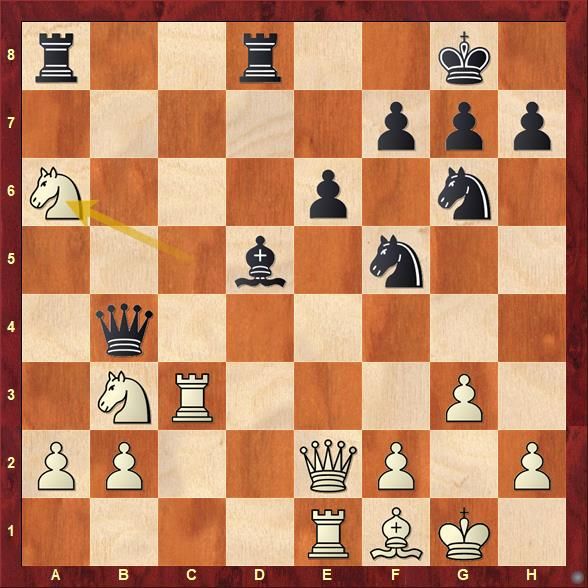 26...Qb6 or Qe7 would have been better than the a4-square. Perhaps Vaishali wanted to remove the a2-pawn, for which she had to pay a heavy price as the position disintegrated.

Alexandra Kosteniuk: "I will try to do my best, especially tomorrow" | Video: FIDE 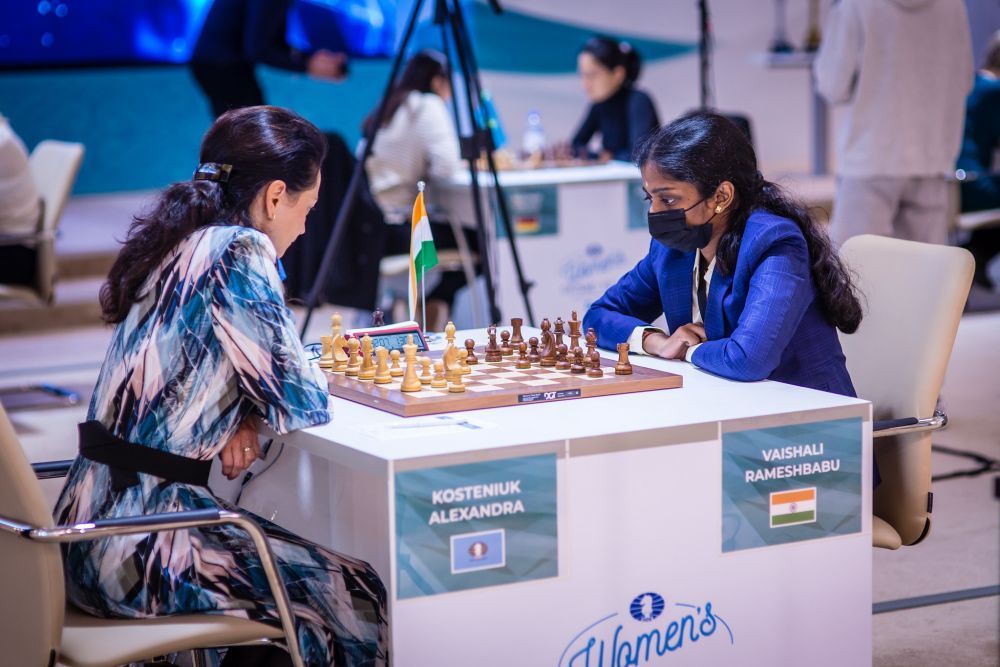 Replay all Round 9 games