Astana GP Round 6: Vaishali scores a win against Paehtz

IM Vaishali R scored her first win of FIDE Astana GP against IM Elisabeth Paehtz in Round 6. The number one woman of Germany for almost two decades went wrong in the balanced rook endgame. She allowed the invasion of rook which proved to be costly. Speaking of firsts, Kazakhstan no.1 woman, GM Zhansaya Abdumalik also registered her first victory of the event. She defeated IM Polina Shuvalova. GM Kateryna Lagno and IM Alina Kashlinskaya (POL) are the other two victors of the round against GM Tan Zhongyi (CHN) and IM Bibisara Assaubayeva (KAZ). Today is a rest day. Round 7 starts tomorrow Sunday 25th September at 2:30 p.m. IST. Photo: FIDE/Anna Shtourman

Just like the previous round, the sixth round also had four decisive games. This is the third time it happened in this event. WGM Zhu Jiner (CHN) and GM Aleksandra Goryachkina maintain their shared lead 4.5/6. They drew their respective games against GM Alexandra Kosteniuk and WGM Dinara Wagner (GER) respectively. 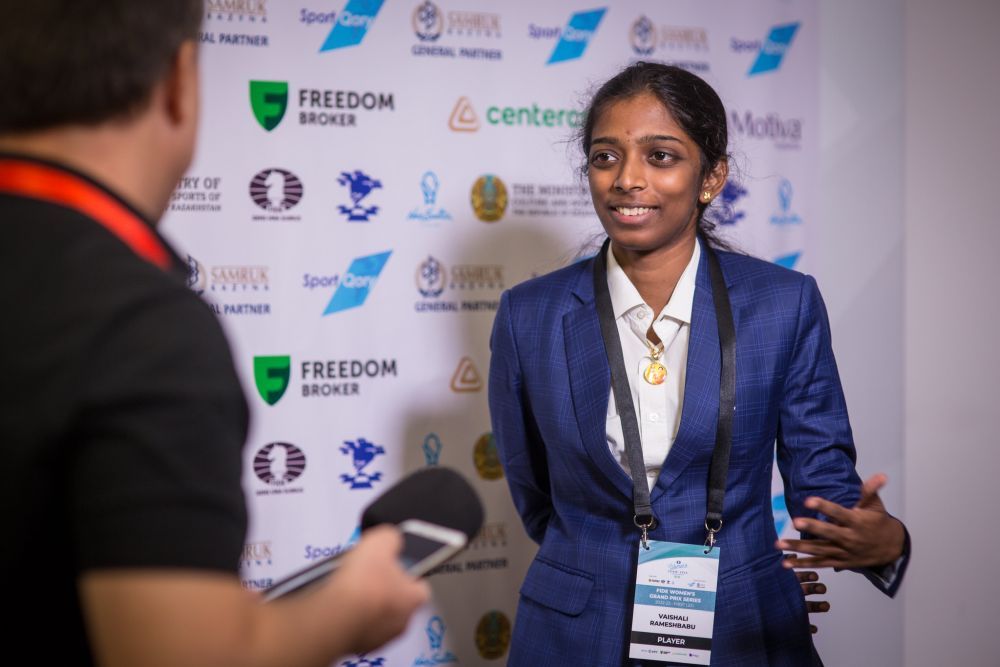 GM Zhansaya Abdumalik (KAZ, 2503) scored her first win of the event. She seized her chance when her opponent IM Polina Shuvalova (2510) miscalculated in an advantageous position. White played 26.Ng5 with a threat on f7 which actually does no good. 26...h5 27.Bxf7+ Qxf7 28.Nxf7 hxg4 29.Nxd8 Rxd8 30.hxg4 and the resultant position is better for Black despite losing an exchange. The reason behind that is Black's pieces are much better placed and making some deadly threats on White's kingside. Although Zhansaya took some time to convert her advantage. 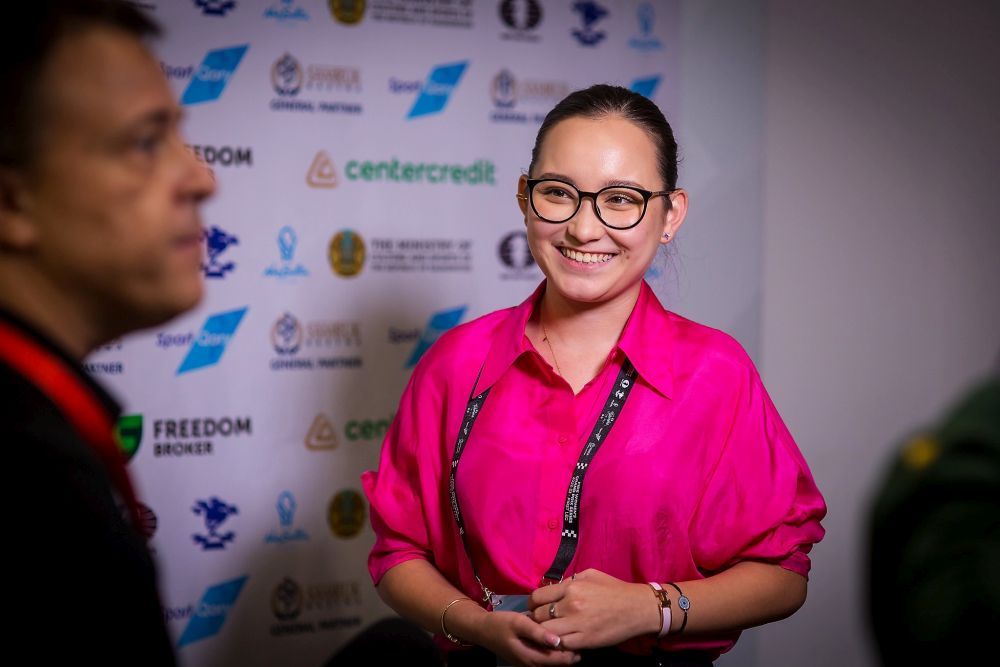 Replay all Round 6 games