Astana GP Round 8: Vaishali moves up, Lagno joins Goryachkina in the lead

IM Vaishali R drew with Kazakhstan no.1 woman, GM Zhansaya Abdumalik in the eighth round of FIDE Astana GP 2022. She had some chances in the final moments of the endgame, however, she decided to draw. GM Aleksandra Goryachkina prevailed in the battle among the tournament leaders, against WGM Zhu Jiner (CHN). GM Kateryna Lagno defeated IM Elisabeth Paehtz (GER) to join the lead 6/8. IM Polina Shuvalova, WGM Dinara Wagner (GER) and GM Tan Zhongyi (CHN) are the remaining three victors of the round. Vaishali will face GM Alexandra Kosteniuk in round 9 which starts today at 2:30 p.m. IST. Photo: FIDE/Anna Shtourman

The eighth round of FIDE Astana GP 2022 was certainly an exciting one. Five out of six games ended decisively, including the important clash between two-third of the tournament leaders. 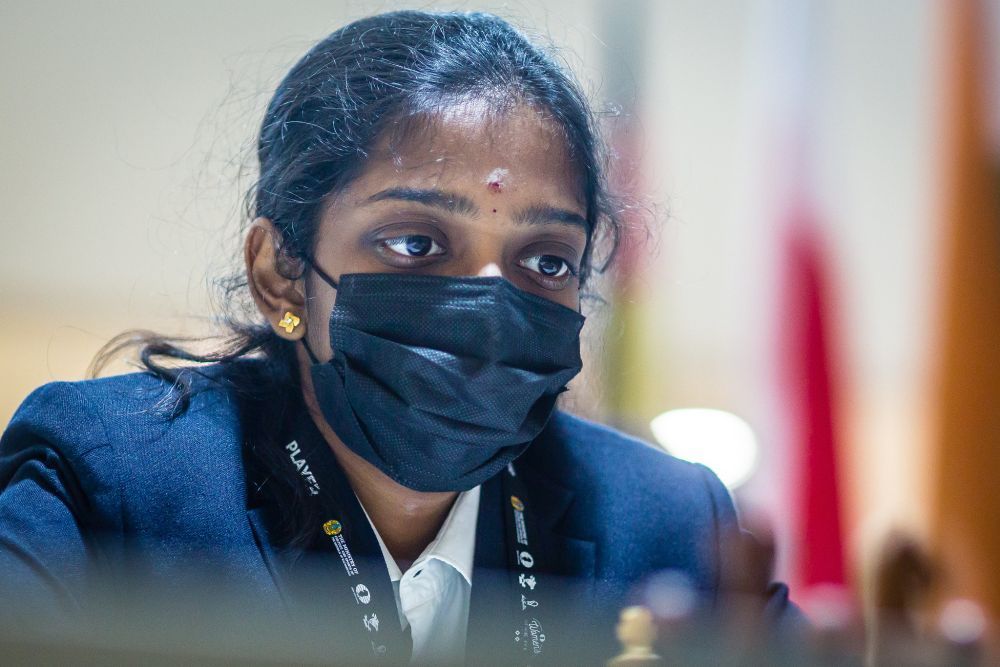 IM Vaishali R (2449) had a good opportunity against GM Zhansaya Abdumalik (KAZ, 2503) in the final moments of the endgame. 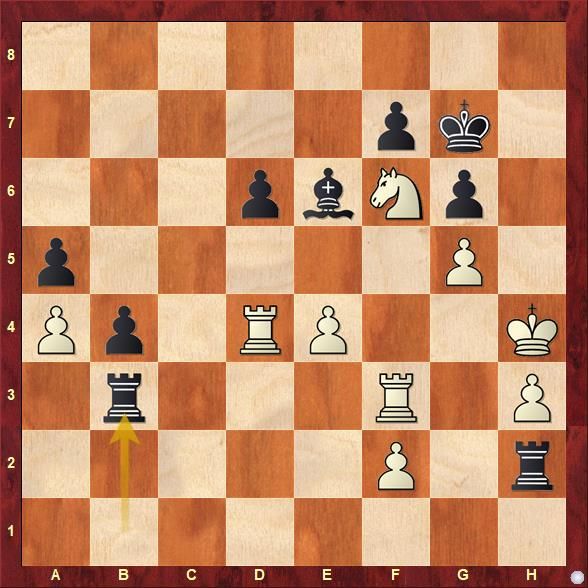 38...Rxb3 created a much needed opportunity for White. It actually does not remove the guard and threaten Rxh3#. Instead, it does the opposite, relieves the pressure White had on the kingside. 39.Rxb3 Bxb3 40.Kg3 Rh1 41.Rxd6 Be6 42.Rd8 Rxh3+ 43.Kf4 Rh8 44.Ne8+ Kh7 45.Nf6+ and a draw was agreed as the black king cannot get out of the perpetual check. However, White could have continued further as Black has limited choices due to Rg8 checkmate threat looming large. 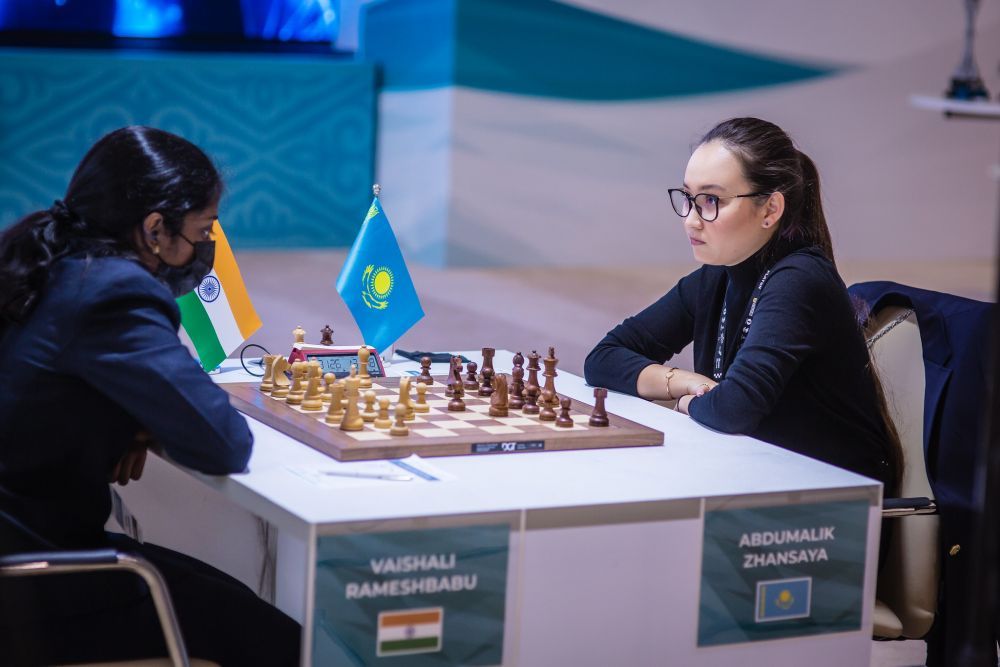 Vaishali could have pushed for her second win of the event | Photo: FIDE/Anna Shtourman

GM Aleksandra Goryachkina (2579) won the battle of the leaders against WGM Zhu Jiner (CHN, 2464), after the latter made a simple mistake in the endgame. 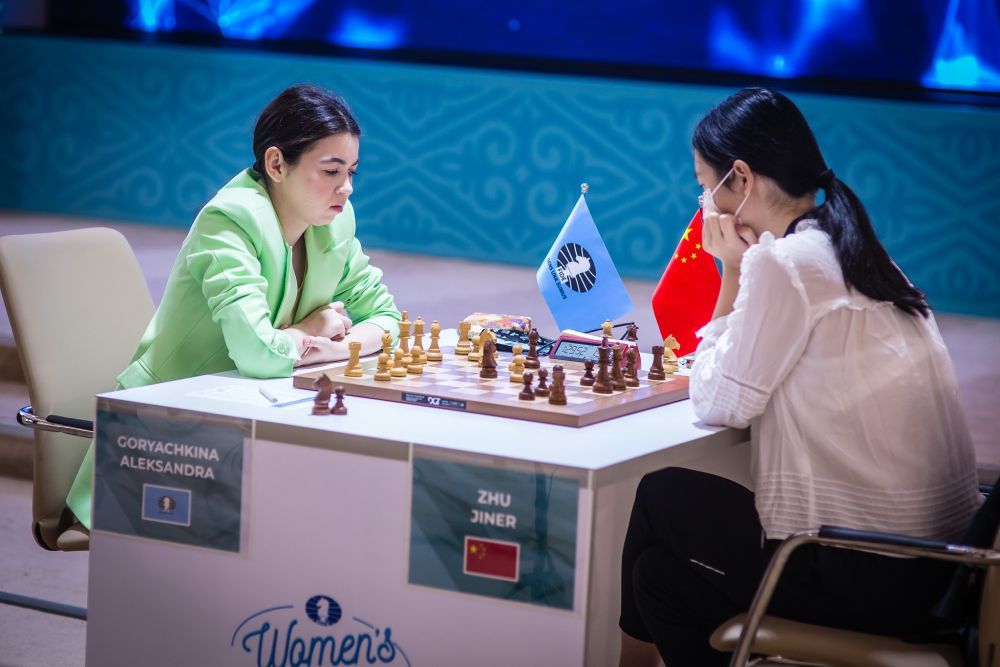 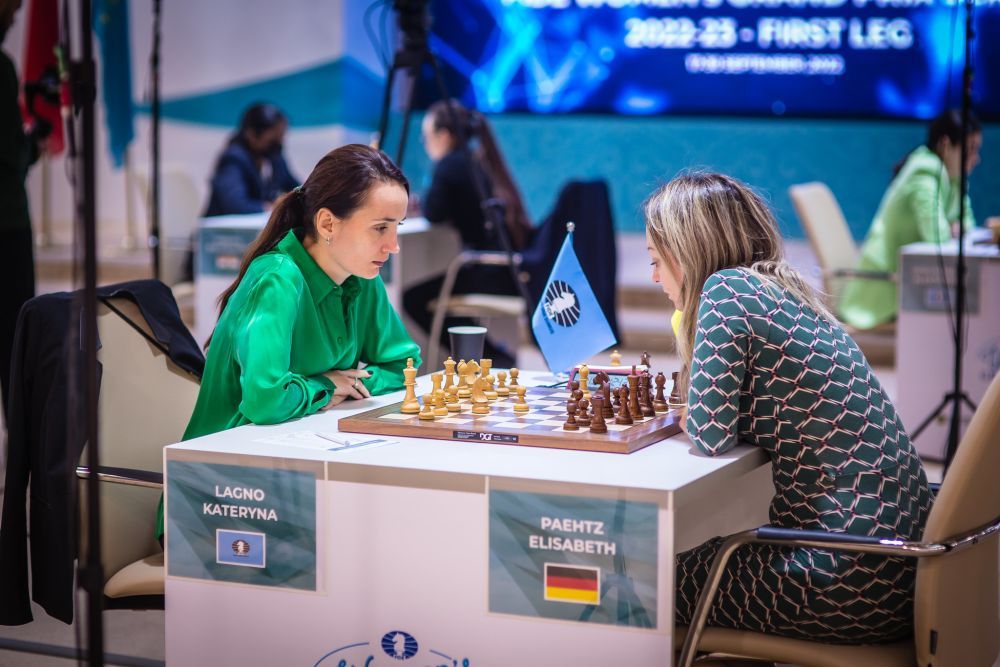 Replay all Round 8 games