Astana GP Round 7: Vaishali draws with the leader Zhu Jiner

IM Vaishali R drew with one of the tournament leaders, WGM Zhu Jiner (CHN) in the eighth round of FIDE Astana GP 2022. It was a quiet draw. She now moves to 3.5/7. GM Aleksandra Goryachkina also drew her game with IM Elisabeth Paehtz (GER). Jiner and Goryachkina are joined by GM Kateryna Lagno in the lead 5/7. Kateryna defeated WGM Dinara Wagner (GER). GM Alexandra Kosteniuk and GM Tan Zhongyi (CHN) are the other two victors of the round. Vaishali will face GM Zhansaya Abdumalik (KAZ) in Round 8 today, which starts today at 2:30 p.m. IST. Photo: FIDE/Anna Shtourman

GN Kateryna Lagno changed the leaderboard slightly. She won her game and joined WGM Zhu Jiner (CHN) and GM Aleksandra Goryachkina at the top, to make it a three-way lead 5/7. 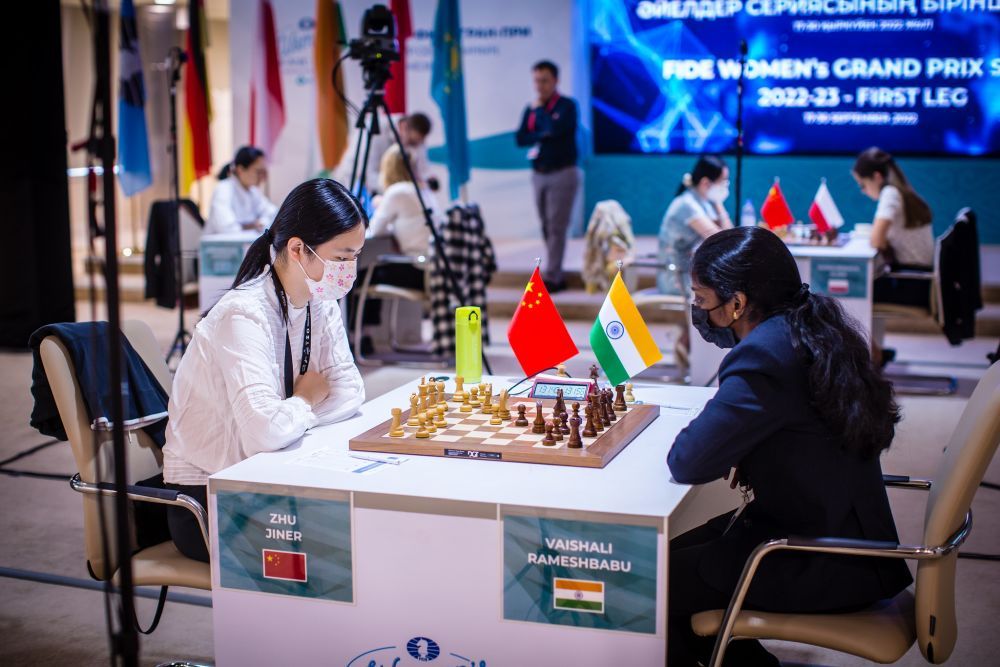 GM Zhansaya Abdumalik (KAZ, 2503) suffered her second loss after scoring her first win of the event. For her opponent, GM Alexandra Kosteniuk (2521), it was her third win of the event. All of them occurred with the black pieces. 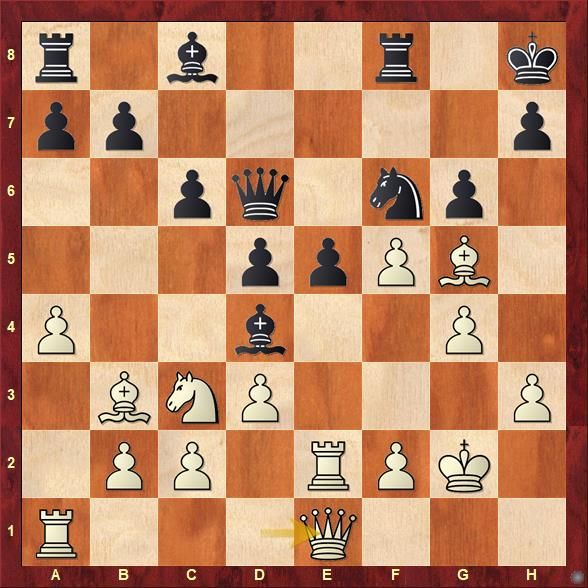 White has done everything wrong she could possibly do. 17.Qe1 did not help her case either gxf5 18.f3 fxg4 18,hxg4 Nxg4 and White lost the game in another six moves. 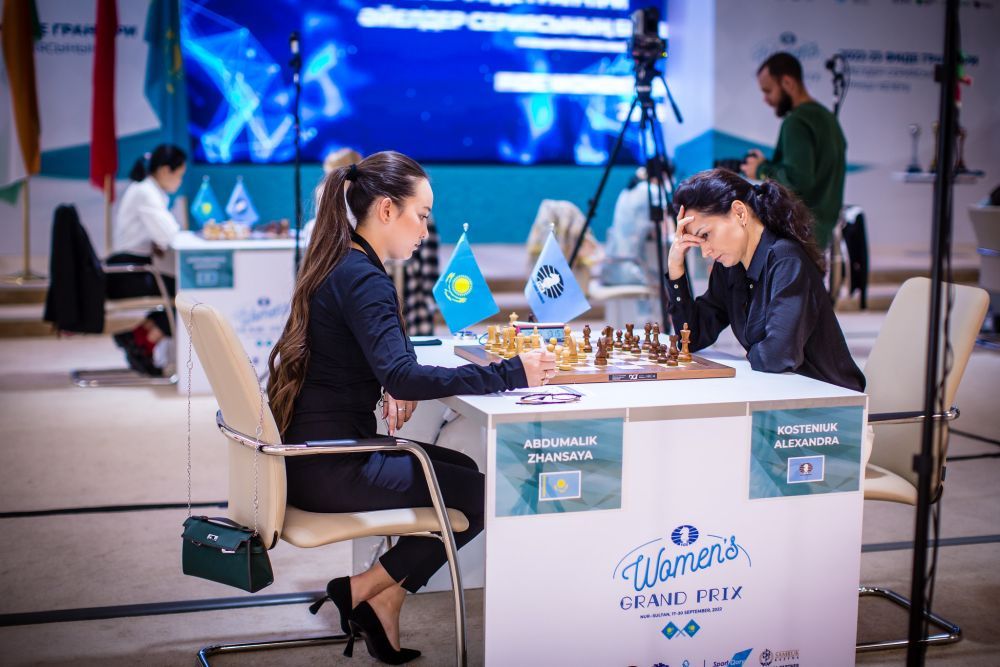 Replay all Round 7 games