Out of the four decisive games, the biggest win was certainly scored by the 18-year-old World Blitz Women 2021 champion, IM Bibisara Assaubayeva over the reigning World Rapid Women 2021 champion, GM Alexandra Kosteniuk. The latter refused a threefold repetition, which resulted her in a loss, shortly after. 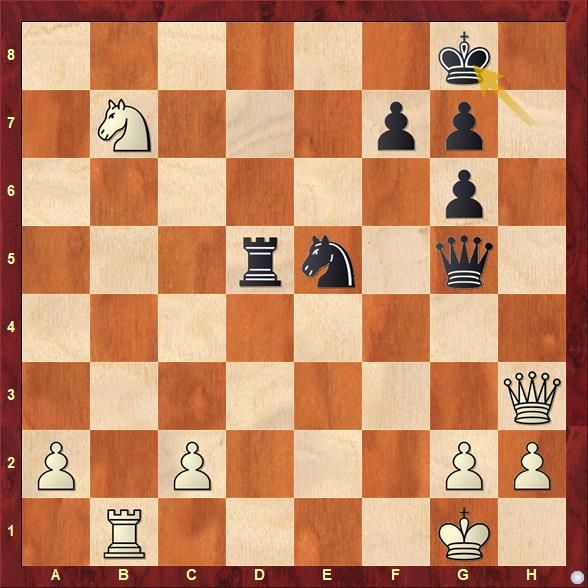 Sometimes taking a draw by repeating moves is the best choice. An overambitious approach might prove to be a costly one. White could have played 31.Qc8+ and Black would have no choice but accept the threefold repetition. Instead, she opted for 31.Qg3 Qd2 32.Qf2 Qc3 and suddenly White's king is in grave danger. There is no perpetual check left for White. 33.Nd6 Ng4 34.Ne4 Qc7 threatening Qxh2+ as well as exploiting White's back rank weakness. 35.Qb6 Qxb6+ and White resigned. 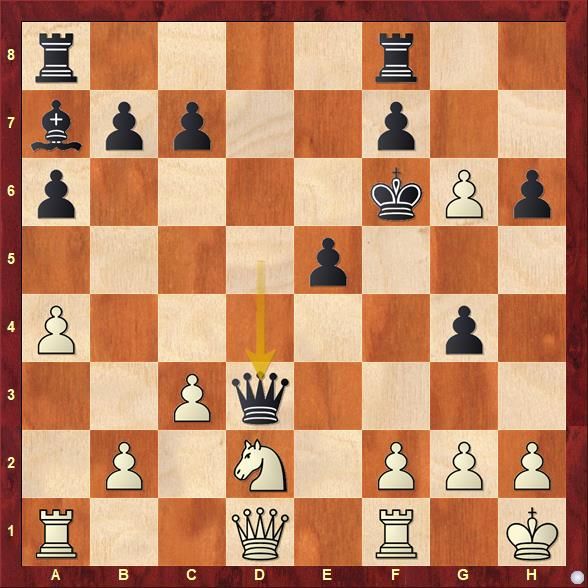 White had to go for 20.gxf7 Rxf7 21.Qxg4 Qxd2 22.f4 to expose the king. 20.f3 Kxg6 21.fxg4 e4 kept White in the game. However, she had to put up a staunch defense to survive. It was certainly difficult, eventually White's defense fell apart and Black won the game. 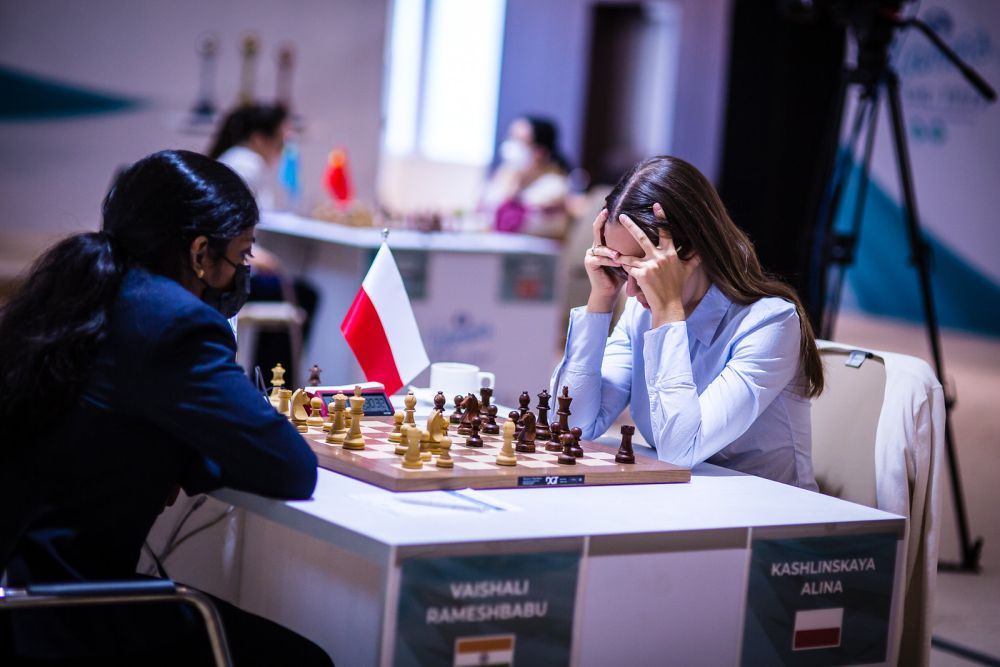 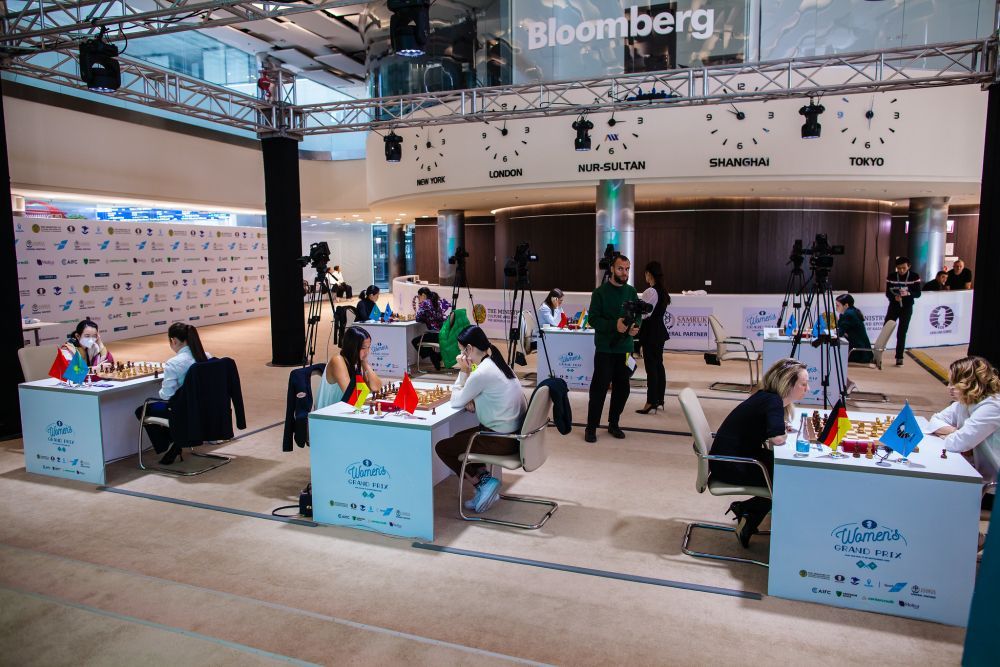 Replay all Round 2 games