In a previous article, it was covered on how India's 61st GM from Erode, P Iniyan, held a fundraiser event where he would play against everyone who donated a minimum of Rs.150. The 17-year-old played out a 72-hour-marathon online chess against 271 opponents from 10 different countries, donating Rs.121,199 to the COVID 19 cause towards Tamil Nadu Chief Minister's and PM CARES fund. The fundraiser, in view of various time zones across the globe, began at 2.30pm IST on Friday 15th May, 2020 and concluded by 18th May afternoon. This event not only gave an opportunity for chess enthusiasts to play against a Grandmaster by just staying at their home, but also helped them to contribute to a cause!

We had players and non-players contributing to the cause through this COVID-19 Fund Raiser event which added up to Rs 1,21,199 (Rupees One Lakh Twenty-One Thousand One Hundred and Ninety-Nine Only) in the end. Apart from this amount, for his part, GM Iniyan separately contributed Rs.20,000 to the welfare of his Erode district.

Together GM Iniyan played 271 games overall - 250 wins, 9 losses, 12 draws - and been engaged in the event for more than 72 hours! All the games were played in the Blitz time control (3 minutes and 2 seconds increment for each player). When the players came online, Iniyan challenged them one by one patiently. Truly a marathon, where our young Grandmaster Iniyan from a non-metro worked on a fundraiser that would make a difference to the lives of the needy as well as inspire youngsters. 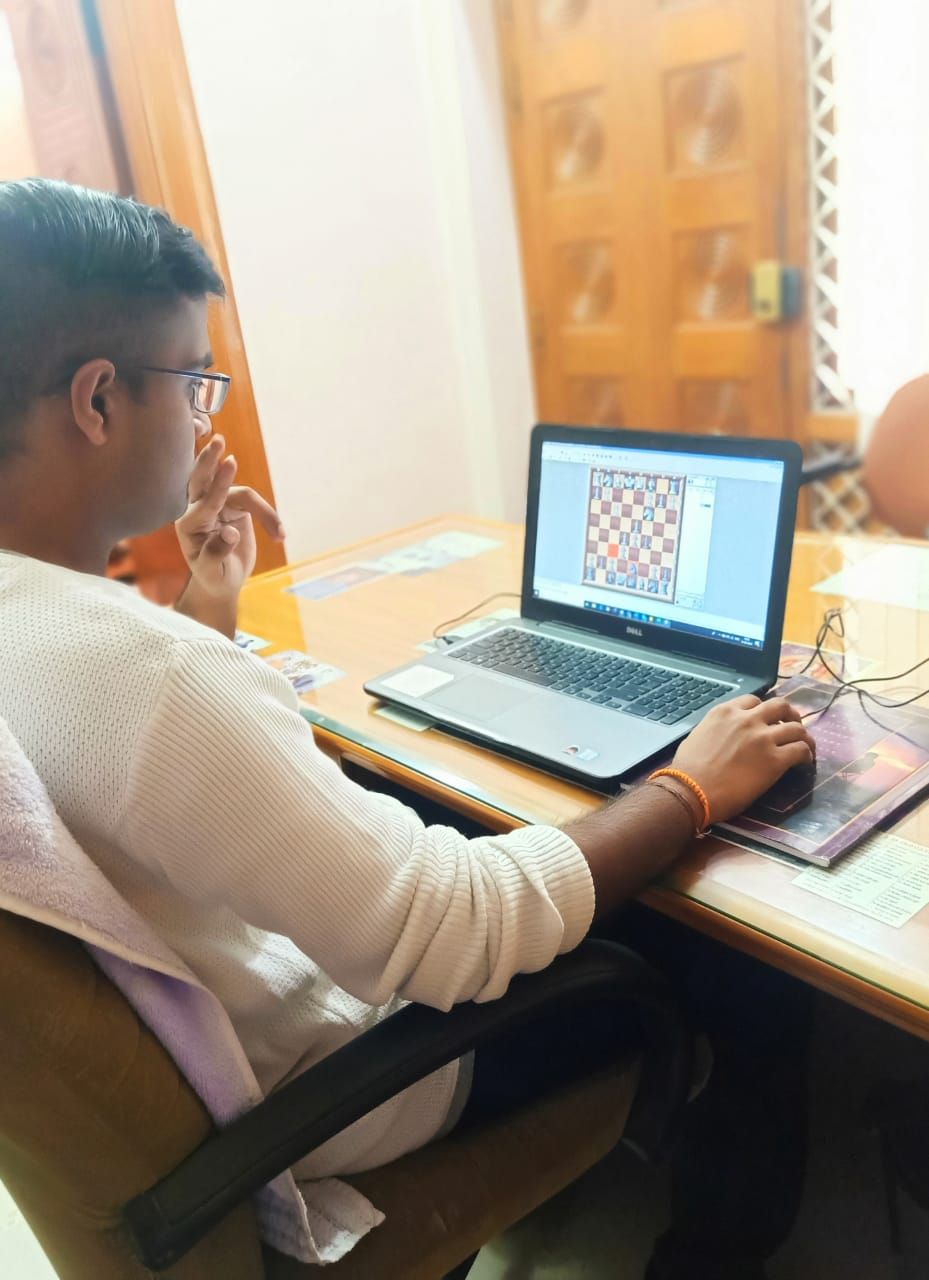 A wonderful idea to keep the audience engaged and have more fun was trivia time where the participants were asked questions of various levels of difficulty and in the end, 5 people who got the answers right most of the time were given a prize. This along with the gifts promised to some players who participated in the event motivated the players even more.

The event was hosted by technology partner Internet Chess Club (ICC), which not only provided the platform to conduct the event, but also helped in various technical assistance – Creating a page to follow the live games to be watched by general public, being one of them!

GM Iniyan played against various players these 3 days including his first coach Mr.Thirumurugan which was very heart-warming to all! Other titled players and upcoming rated players gave tough fight to Iniyan during this marathon series. Here are some of his best games, annotated by him too!

Many titled players and personalities showed their support for this event including:

...and many more by video and voice messages helped spread the word and encouraged through the ChessMarathon Facebook page