The ChessBase India Chess Club at Phoenix Marketcity, Mumbai is going to host an epic event on 21st of January 2023. 16-year-old Aditya Mittal became India's 77th GM and Mumbai's 2nd GM recently. He will be felicitated by Mumbai's 1st GM Pravin Thipsay. But before the felicitation Aditya will be playing a clock simul against 10 opponents with 1 hour each! The idea is to give a chance to some of the most regular players of the club to cross swords and learn from one of the best youngsters of Indian chess. IM Sagar Shah will commentate on the simul. The event is open and free for all the chess lovers to come and visit!

On 19th of April 2016, I wrote an article on ChessBase India entitled, the search for Mumbai's 2nd GM! It was about a training camp held by ILead academy and how they are trying to rope in top trainers to improve the level of the top Mumbai kids. Mumbai has had a rich culture of chess over the years, especially when you think that one of countries top GMs for many years came from the city - GM Pravin Thipsay. Pravin was the first Indian to score a GM norm ever (even before Vishy Anand), and he was the third GM of the country in 1997 (after Anand, Barua). But since then the city never had a grandmaster. When I opened that 2016 article, it almost seems unreal that one of the pictures in it was this one: 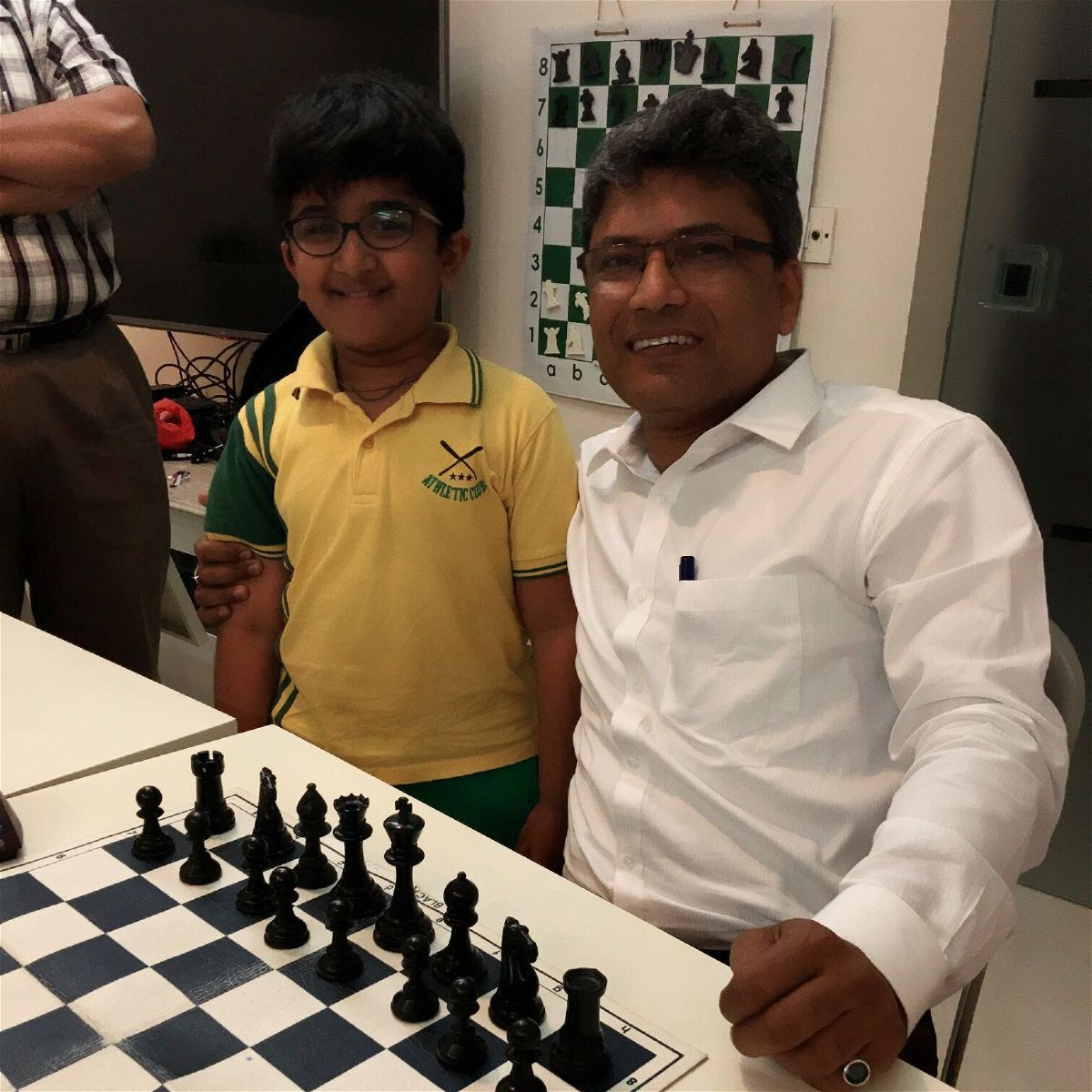 Aditya was 10 years old back then and his rating was 2057! Well, there were many talents who attended that camp back then, but here we are in 2023 now, nearly six and half years after that article was written, and it's Aditya who has ended the drought for the city by becoming Mumbai's 2nd GM on 5th of December 2022 at the completion of the 6th round of the El Llobregat Open 2022 in Spain.

You can read about Aditya's journey of becoming a GM here.

In Mumbai Mirror, a popular publication in the city, GM Pravin Thipsay spoke about Aditya back in 2016. He said, "Aditya's temperament is very good - he is obsessed with the squares and pieces. more appropriately, he is a chess player at heart. I like that. I am told he wants to play every tournament and that is a good sign. Althought not originally from Mumbai, he has been staying here for the last three years. His parents back him to the hilt and that is heartening to know. I will be disappointed if he does not go places. Should be a GM in six years' time!" 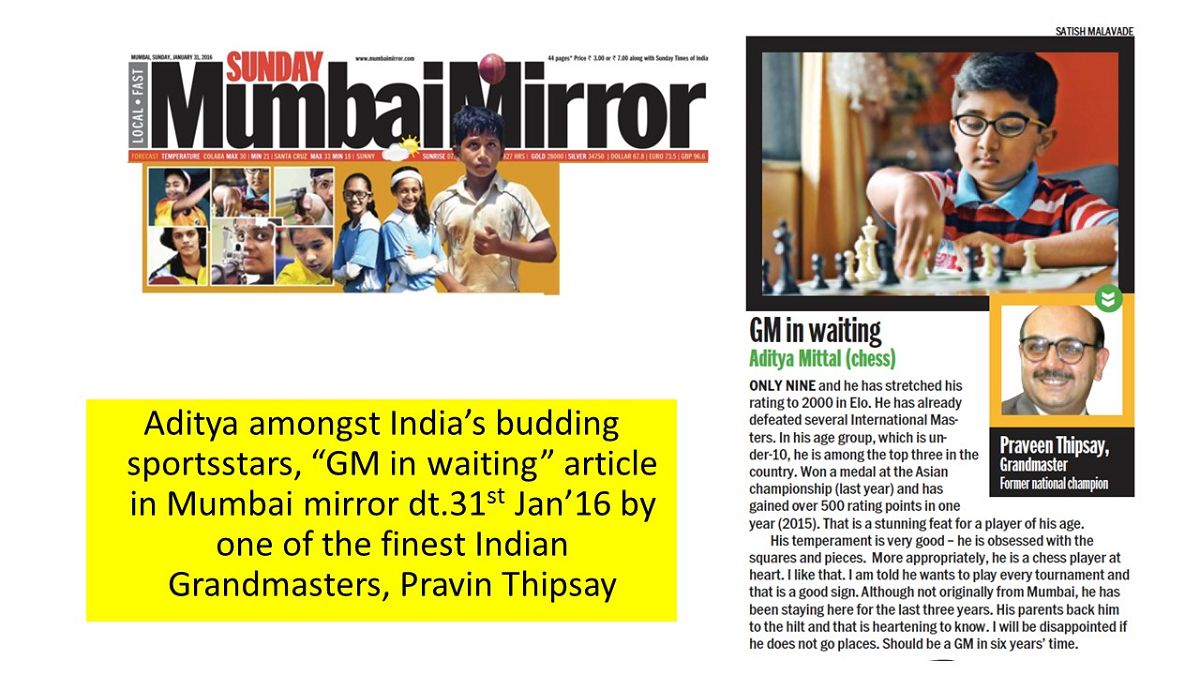 The Mumbai mirror clipping of 2016!

How much more accurate can this prediction get? GM Pravin Thipsay in 2016 says that Aditya should be a GM in six years' time and the boy becomes one in 2022! Quite amazing. Aditya becoming a GM is a big news for Indian chess, especially for the city of Mumbai. In order to celebrate this occasion, we wanted to do something special. We have the ChessBase India Chess Club running at the Phoenix Market city since 9 months! Chess enthusiasts from all over the city meet every Saturday from 5 to 7 p.m. and enjoy playing against each other. Why don't we invite Aditya to the club and felicitate him for his achievement. After finishing his tournaments in Spain and Sweden, Aditya came back home in January 2023 and he will be visiting the club on 21st of January 2023. But who should be felicitating him? Who would be the most ideal person? 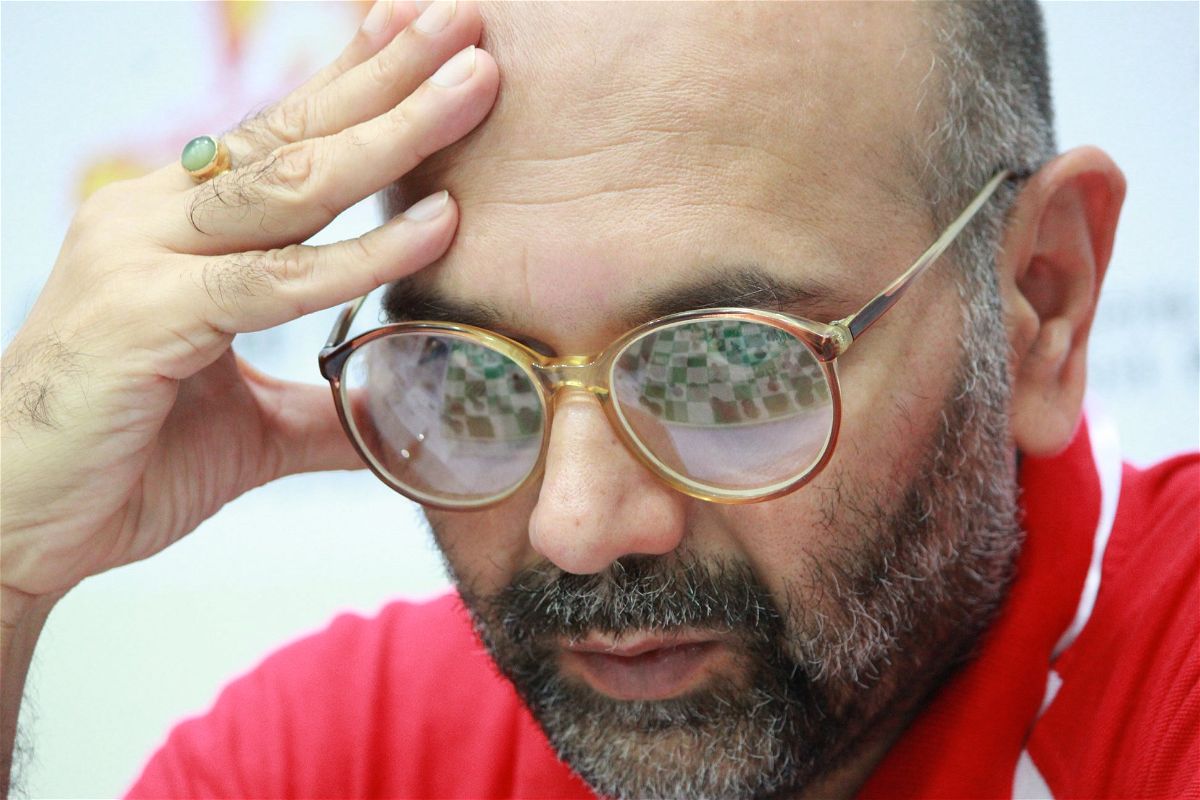 Of course it would be GM Pravin Thipsay!

And so we asked Pravin Thipsay if he could do the honours of coming to the chess club on 21st of January and felicitate Aditya and he agreed! This is the most amazing thing about India's 3rd GM. He has always supported initiatives that have promoted chess and young talents and this one is no exception.

We wanted to put forth a challenge to Aditya. Also, since the chess club has been now going on for 44 weeks, there are some players who have become stronger. And so we decided that some of the most regular players of the chess club will get a chance to fight against one of the brightest minds of Indian chess. The simul will be Aditya taking on 10 players. It will be a clock simul with 1 hour to Aditya and 1 hour to his opponents. While Aditya's opponents have to play only 1 game in 1 hour, Aditya has to finish 10 games in 1 hour!

Kunal Gupta might be unrated, but he has a Lichess rating of 2200+. He must have attended atleast 40 sessions of the chess club from the 44 that were held 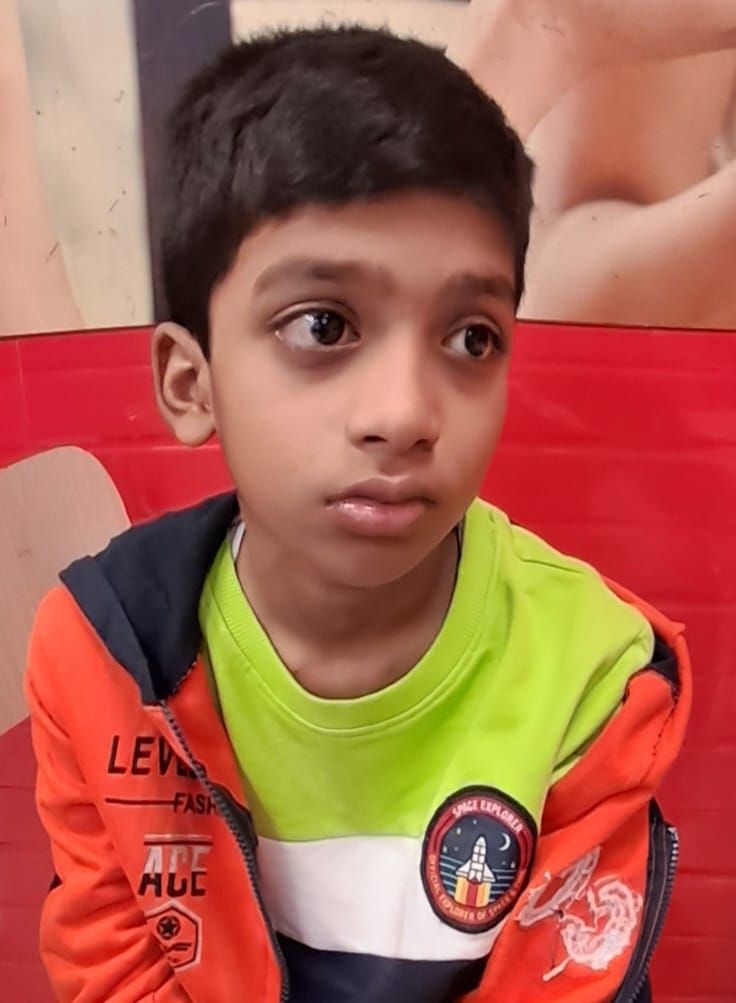 Shaurya Mokal is one of the youngest participants of the simul and is a regular at the chess club. He is in 4th grade.
Suresh Nemlekar is rated 1207 and is well-known chess coach in the city
Dipankar Kamble is rated 1363 and is an event organizer. He has organized many events in his hometown Phaltan and has also founded the Deep Mind Chess Academy. 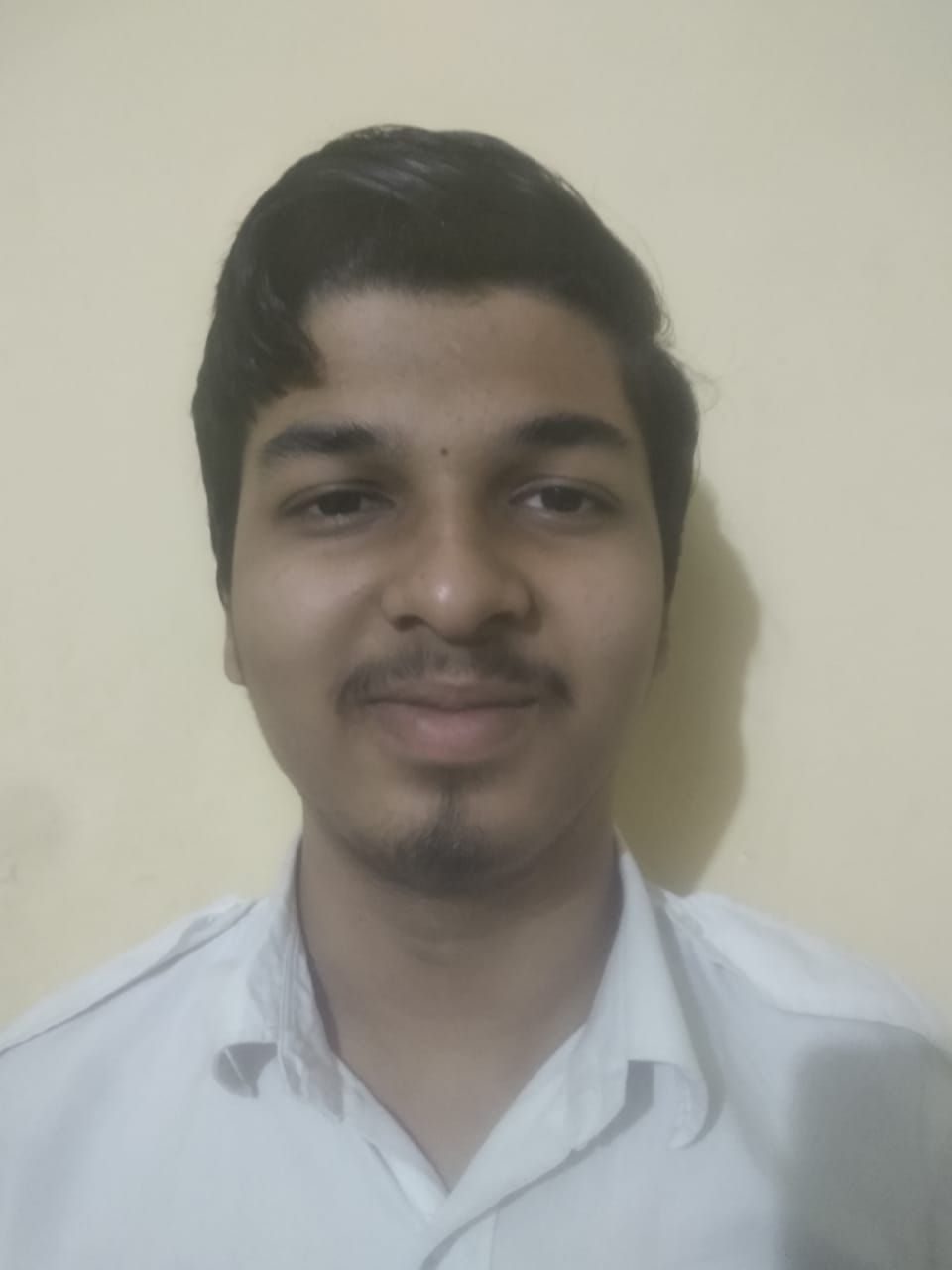 Annirudhha Potawad would be Aditya's biggest challenge at the simul. The boy is rated 1913, but he is clearly under-rated. He has won the November as well as the December edition of ChessBase India Chess Club prize money tournaments. 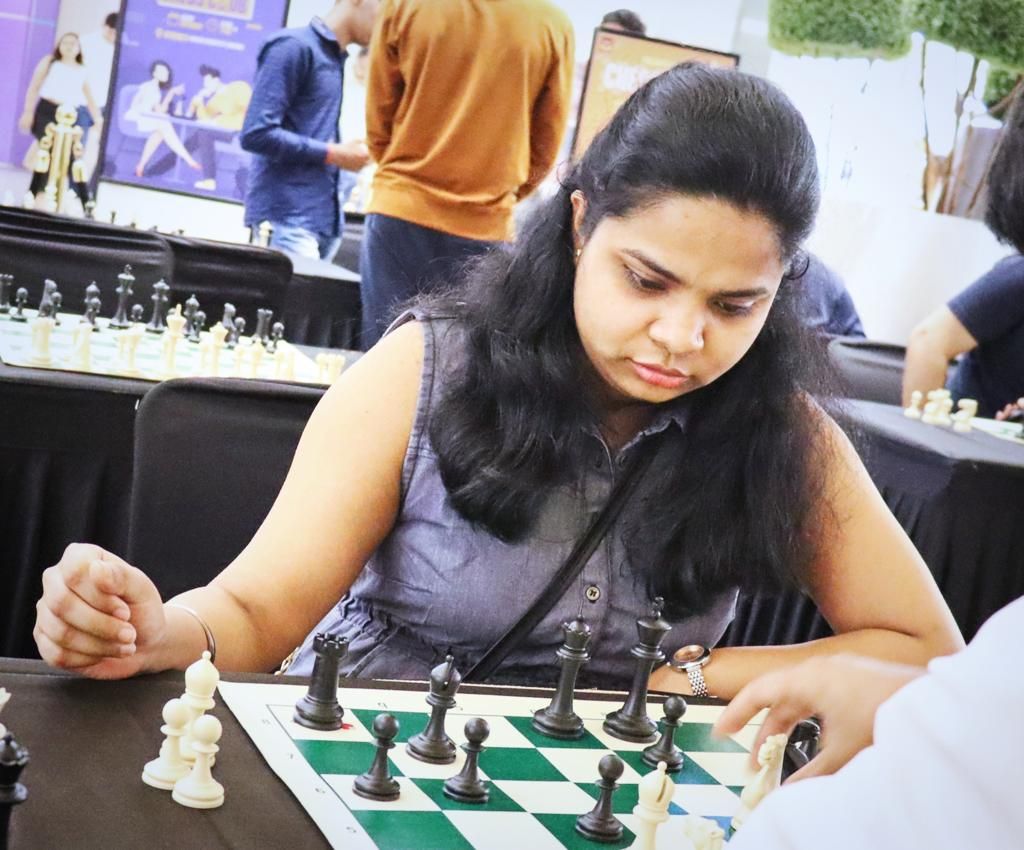 Supriya Gupta's story is inspiring. She writes to us, " I am a working professional. After completing my education from IIT Kharagpur, I came to Mumbai for work. I gained interest in chess during the lockdown. I am learning/practicing chess all by myself as a result my interest and online rating both are increasing day by day but slowly😅" She was part of India's Got Chess Talent as well.
Devaraj Diraviyam is rated 1153. He says, "I am working as a Senior Business Architect (Role: Technical Manager) in Merck Group. I played chess in my college days and won prizes. I love to come and enjoy playing chess at the ChessBase India Club every Saturday."
Gurkirat Singh Anand is a chess lover, who travels many kilometres every Saturday after his college is over to play at the chess club. He is also a moderator of the ChessBase India YouTube channel
Mayank Prasad works at the Phoenix Marketcity and is a chess lover!
Dhanush Nagula has won a prize at the ChessBase India 4th Saturday tournament, so although he is unrated, he is quite strong.

The winner of the simul would get the chess board that they are playing on as a gift along with the autographs of Aditya Mittal and Pravin Thipsay. The simul will start at 4 p.m. and I will be commentating on it. I expect it to be a very exciting one and Aditya might have to stretch to bring in the full 10.0/10 score. But then the boy is a genius, and you never know! :) Once the simul ends, there would be some analysis of the games and then GM Pravin Thipsay would join in and felicitate Aditya as well as his family. At the end we will have a short Q&A where all the players, parents present at the event can ask questions to both the GMs for some time! We hope that this will be a memorable evening for all chess lovers! The entry of course is completely free and we would be very happy if you come and enjoy the occasion. Mind you, the chess club will go on as normal. So if you come and want to play a game with someone, there will be chess boards like every other Saturday!

The entire event is organized by Supriya Bhat, the head of sales at ChessBase India
Our special thanks to Phoenix Marketcity who have been wonderful partners and have helped tremendously to boost chess in the city with their sustained support
Related news: