After 28 weeks of successfully and consistently conducting the ChessBase India Chess Club at the Phoenix Marketcity in Mumbai, we are launching something very exciting for chess players - Prize money tournaments! And this will happen without any entry fee! Every 4th Saturday of the month will be the ChessBase India Chess Club tournament and only players who have attended the chess club in three weeks prior to it will be able to attend it! In this article we show you why the chess club is such a wonderful place for every chess lover of Mumbai to be at and how we came up with the idea of tournaments!

The ChessBase India Chess Club at the Phoenix Marketcity began on the 19th of March 2022. Since then we have had 28 Saturdays and on each of the days the Chess Club has been open for the chess lovers of the city to come and enjoy a game of chess! The club is totally free and open for all. The idea was to keep a fun and vibrant vibe to the place. It all began with a simultaneous exhibition by Amruta Mokal on 10th of March 2022 and since then not only have we had the Chess Clubs on each of the Saturdays but we also have had the simul with Samay Raina and the Death Match between Anish Giri and Vidit Gujrathi organized at the same venue. 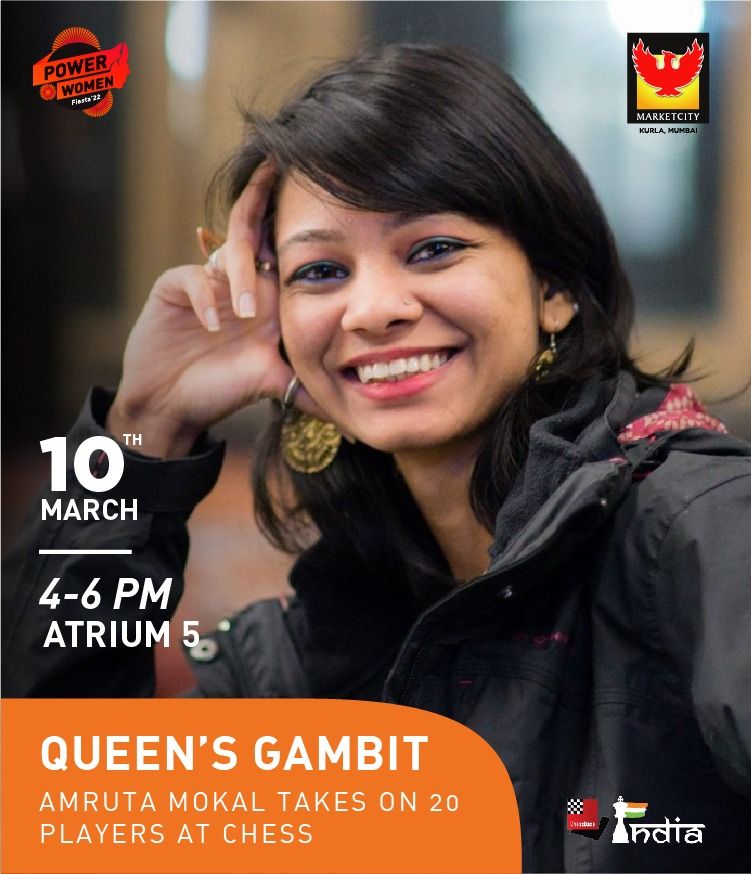 The simul that kicked things off at the Phoenix Marketcity! 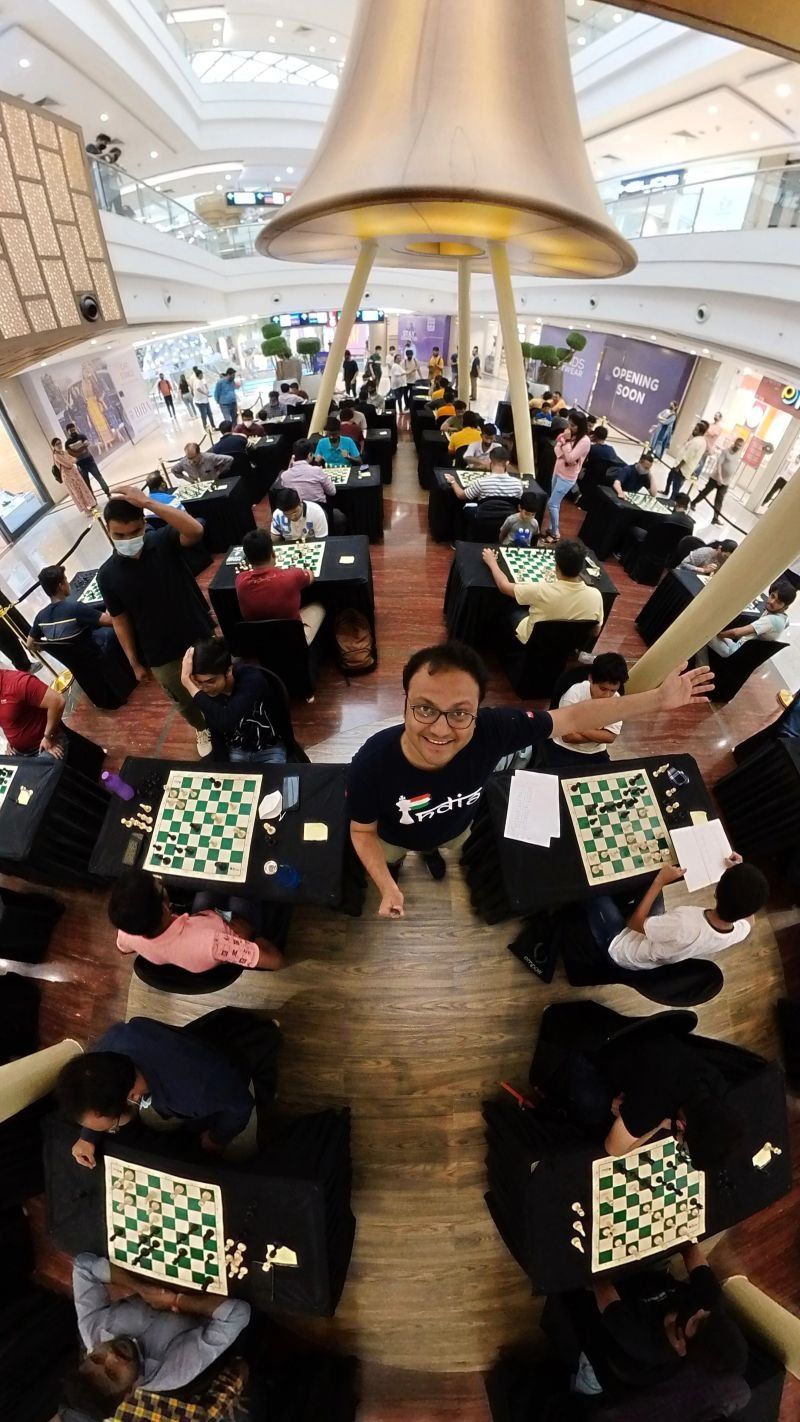 We, at ChessBase India, are very proud of what we have achieved with the Chess Club that is created in partnership with the Phoenix Marketcity. Here are some pictures which give you a better understanding of the place: 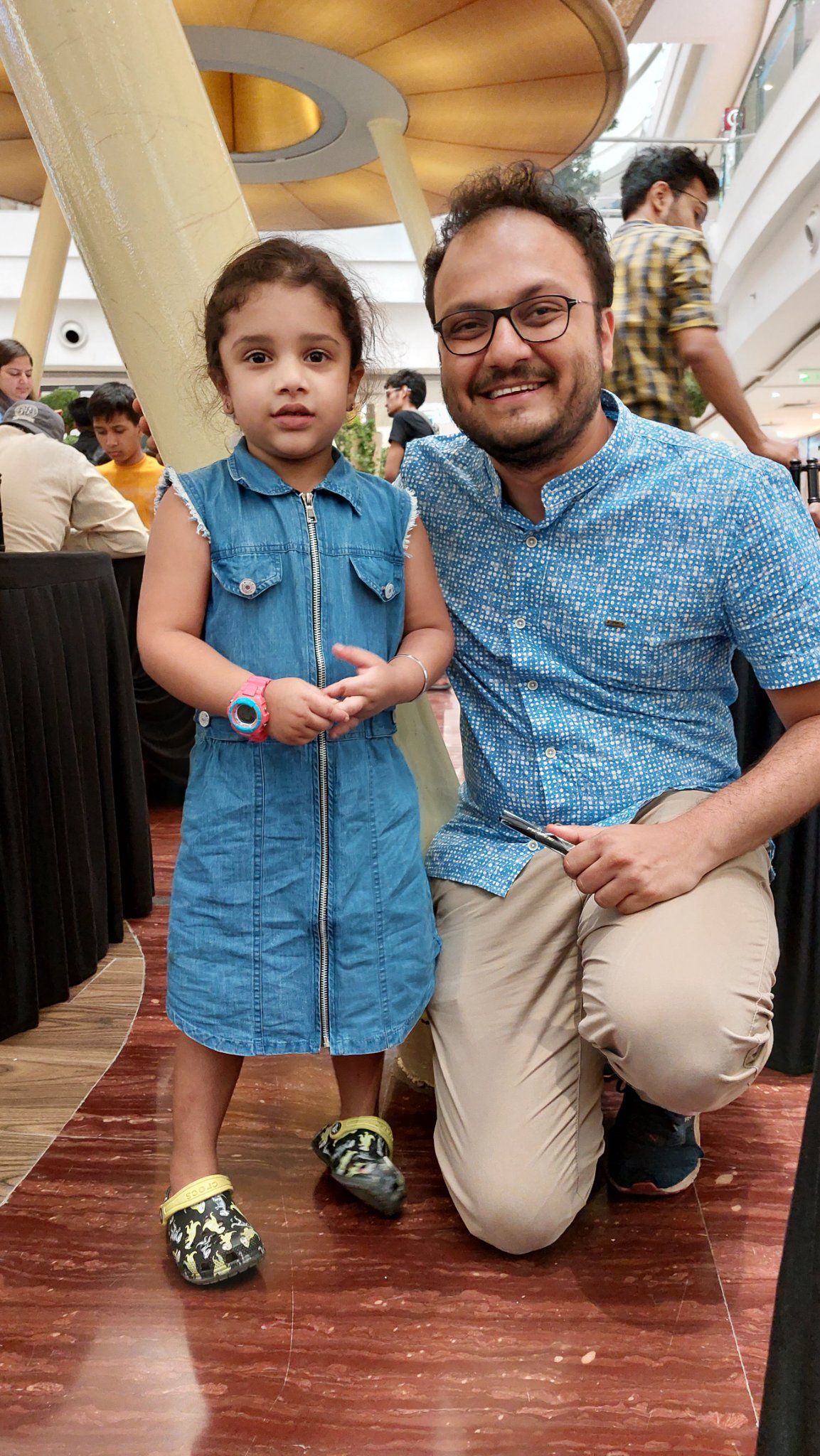 4-year-old Meher is a regular visitor to the ChessBase India Club
Game against Meher! Who knows some day she goes on to become a world class player! 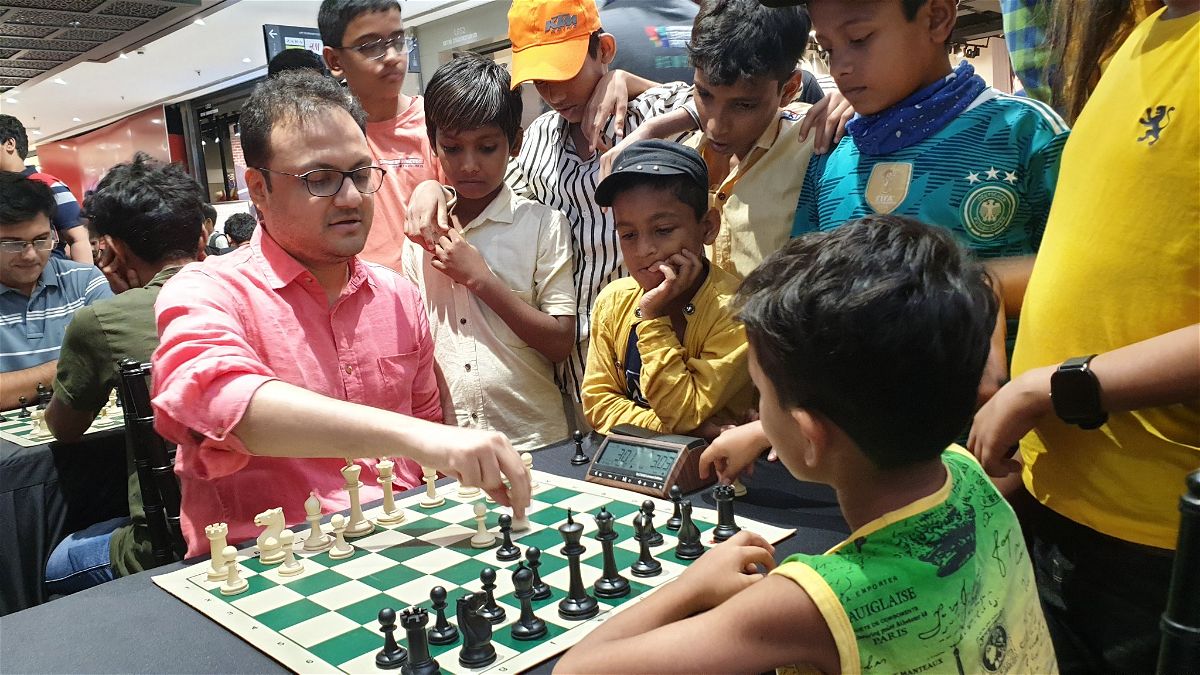 A small impromptu session to teach these youngsters the rules of chess!
People from all across the world have visited the Club! 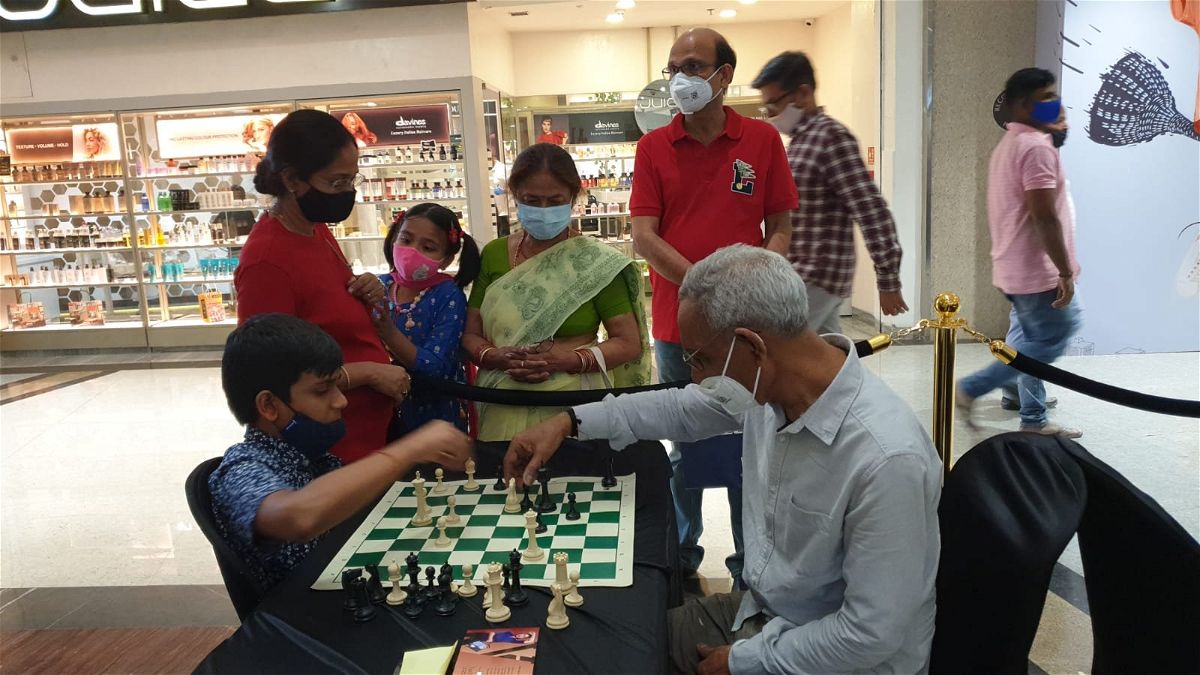 Clash of generations with a nice little crowd watching! 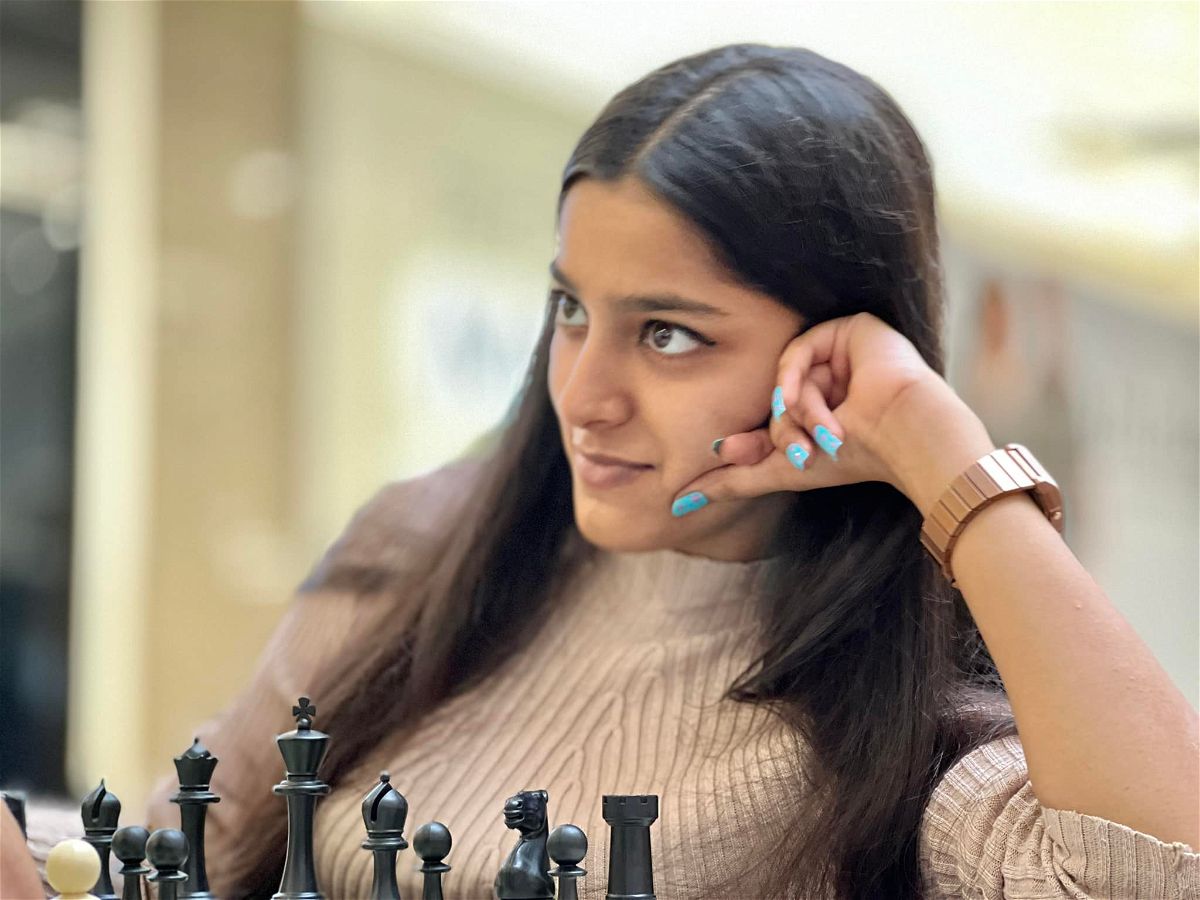 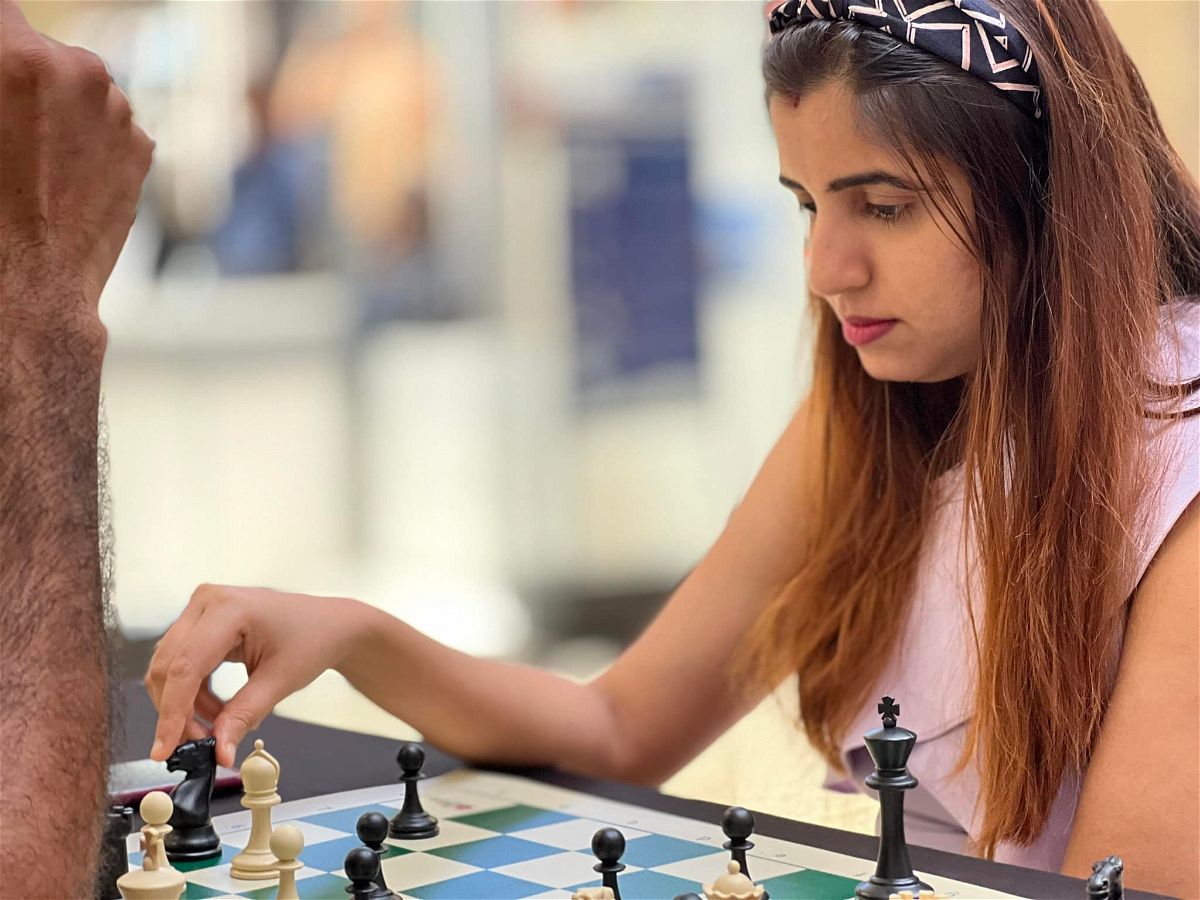 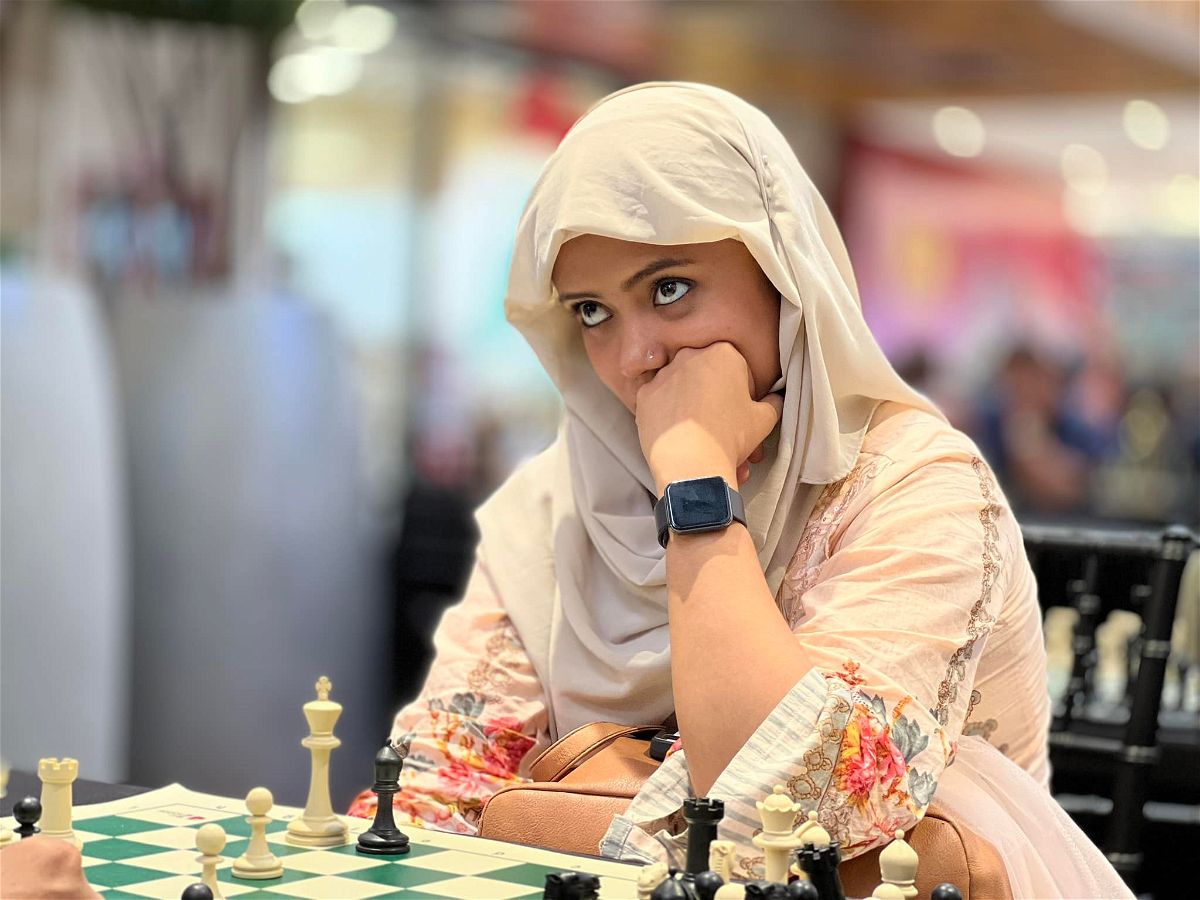 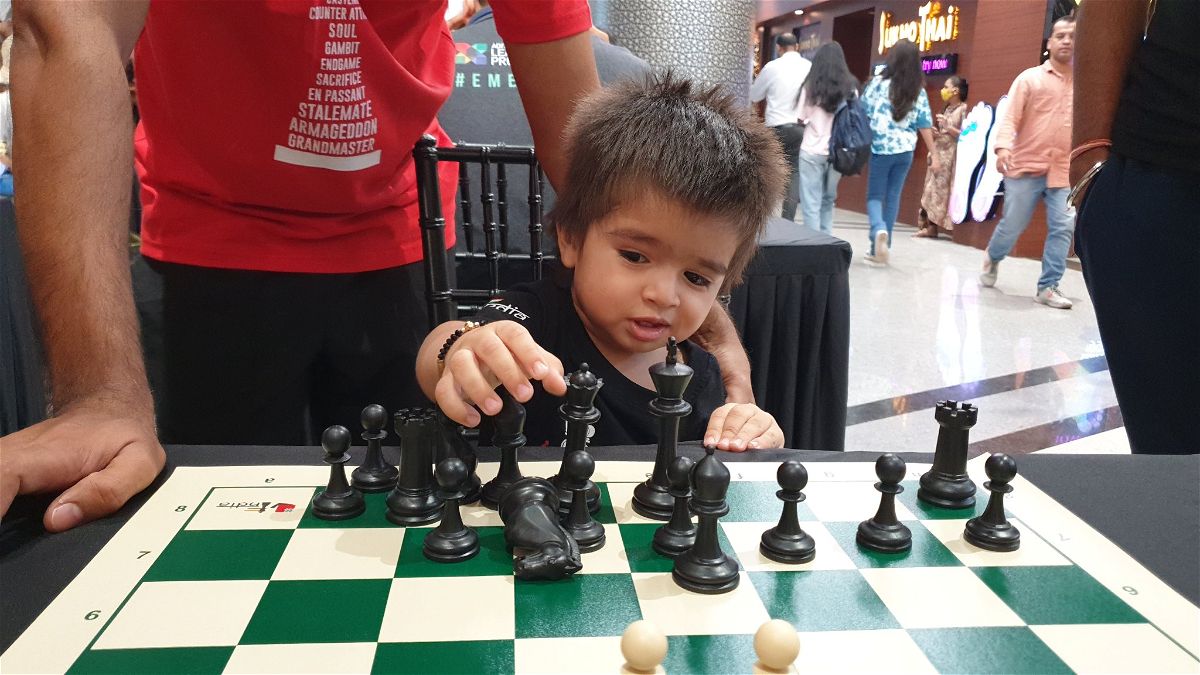 The youngest player at the Chess Club! Do you recognize who he is? 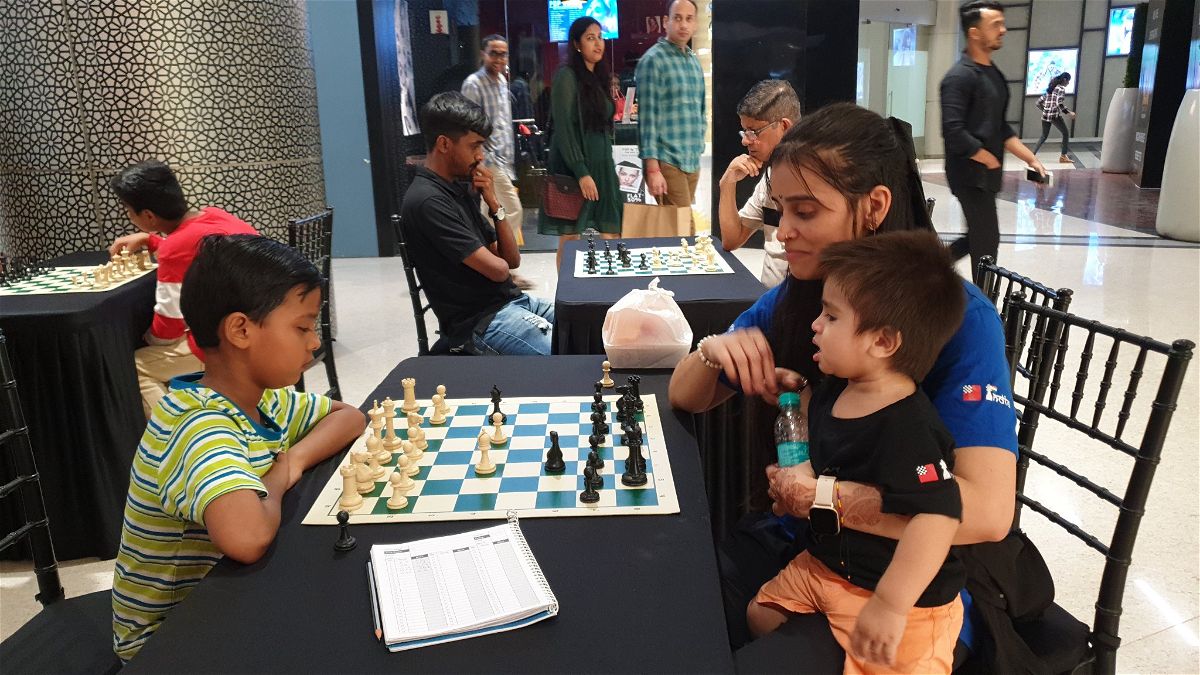 He is the son of the chess couple Angela Franco and Niklesh Jain - his name is Shreshth Angel! 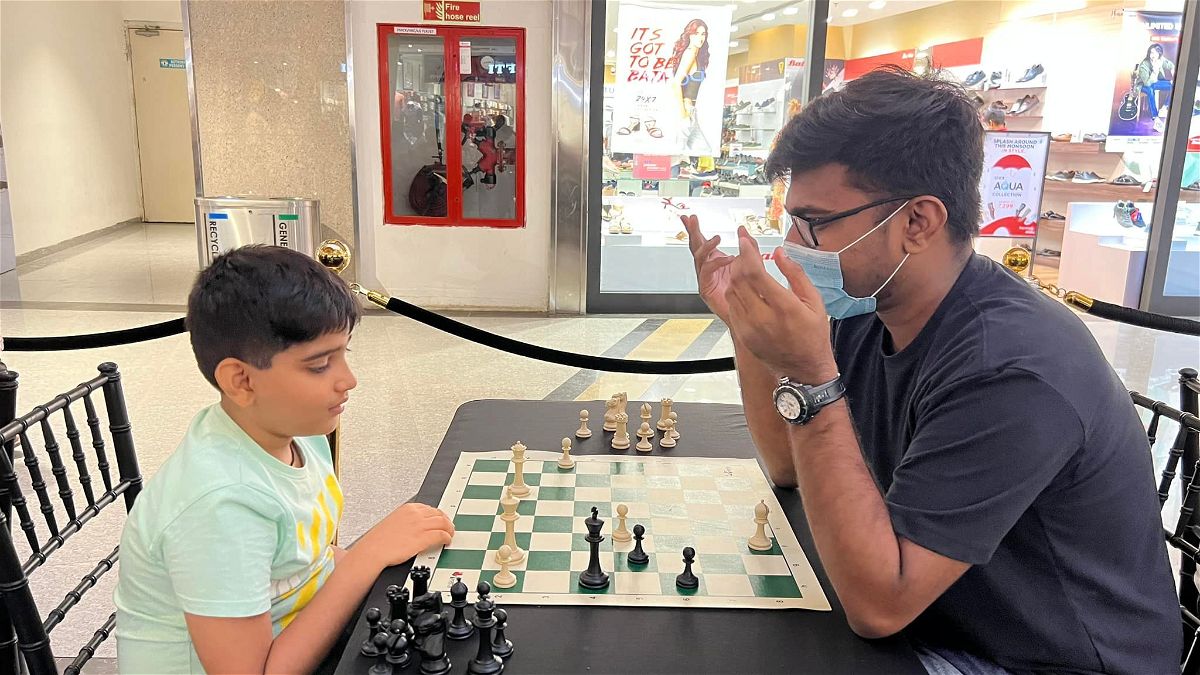 Hoping for a stalemate! 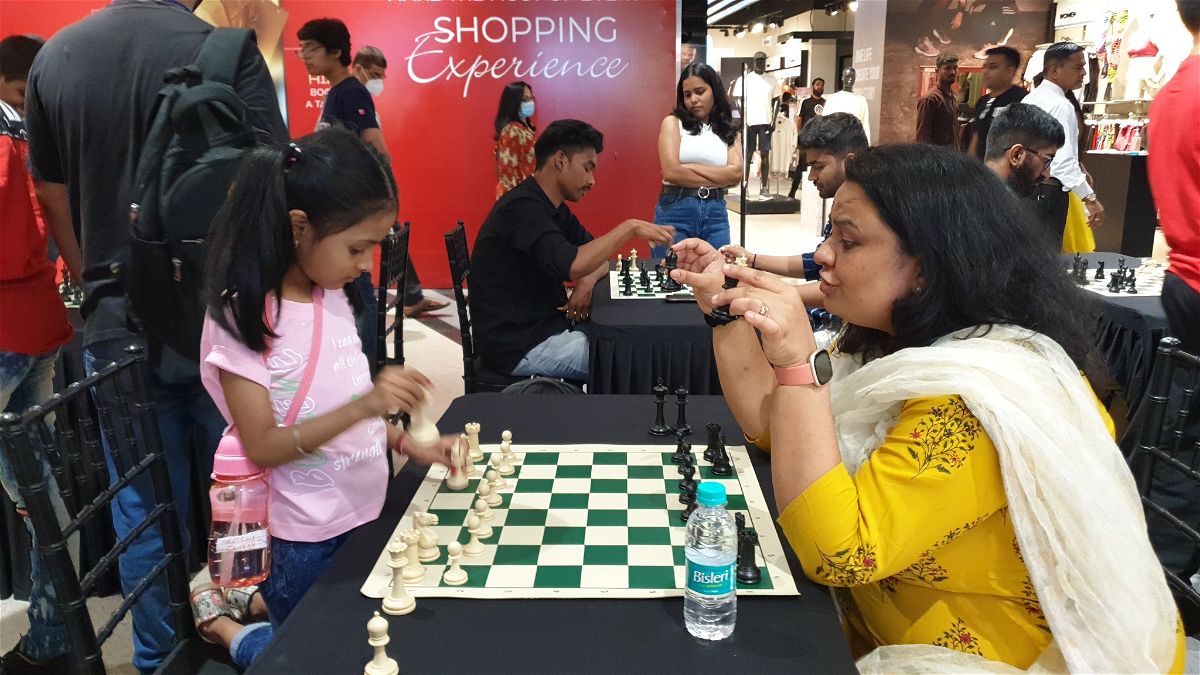 Supriya Bhat, the head of sales and marketing at ChessBase India teaches the young girl a few tricks that she has learnt over the years! 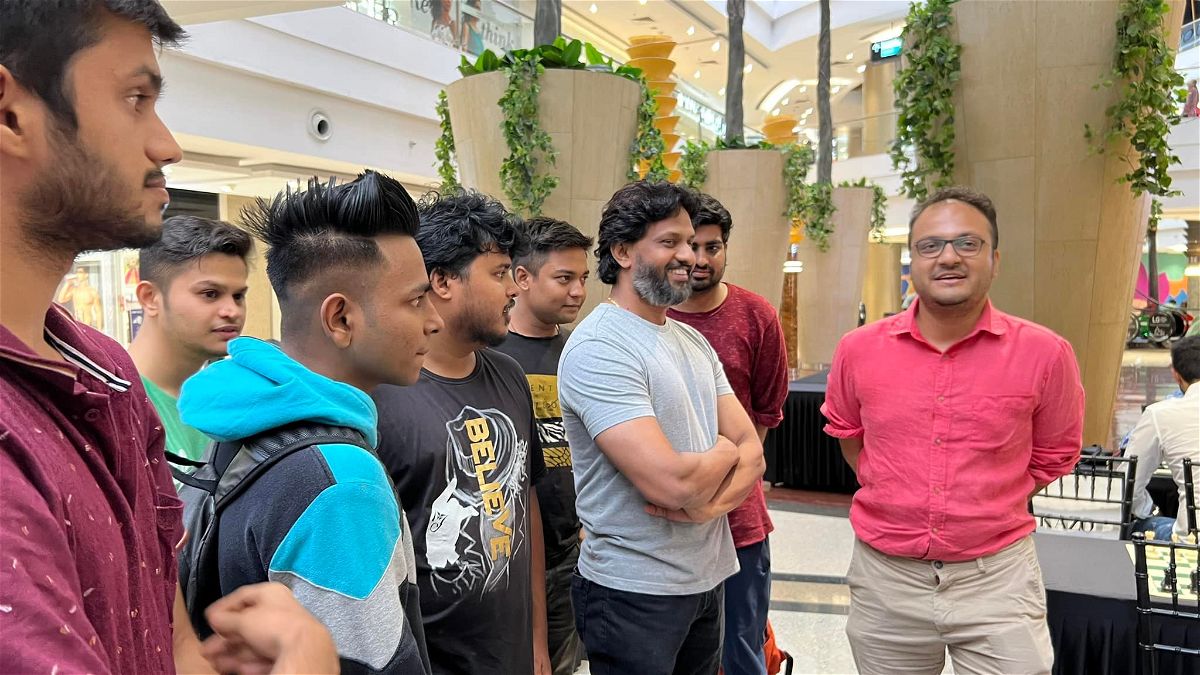 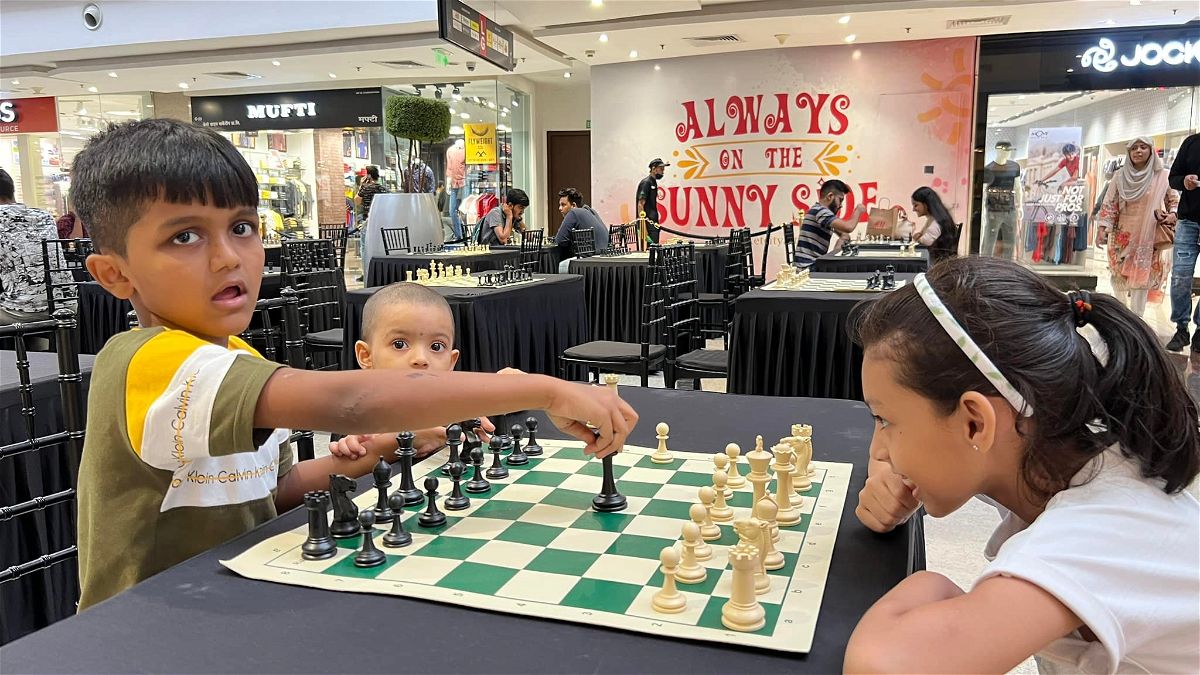 How did the king come to the center of the board?! 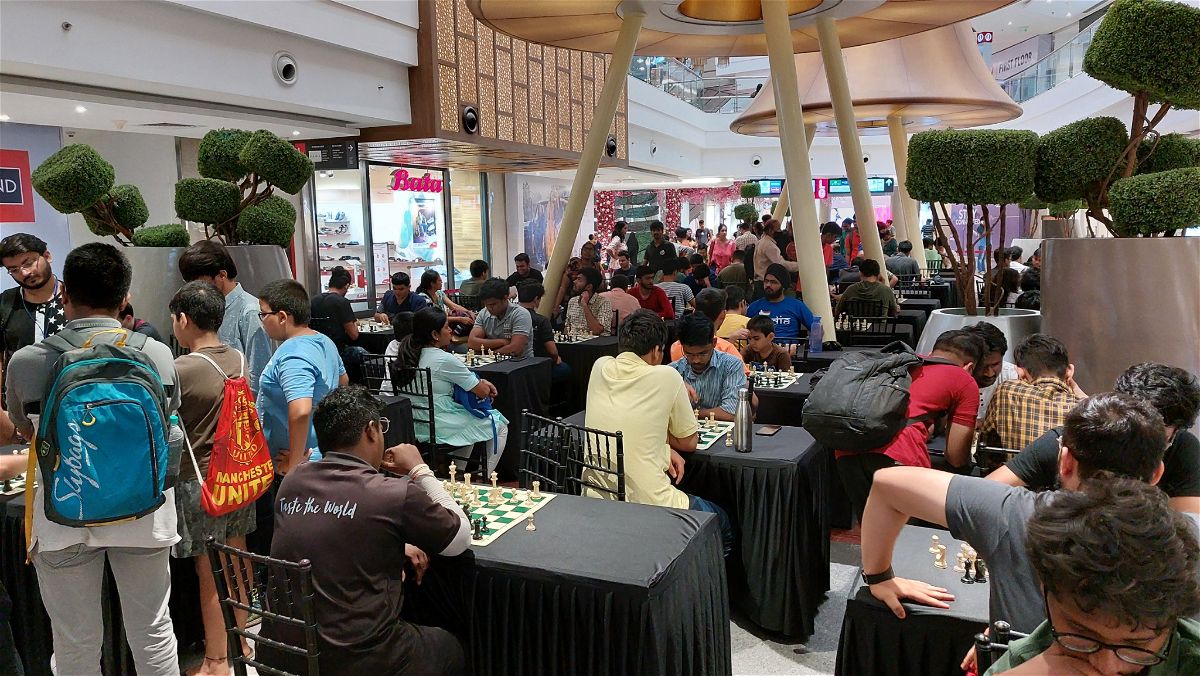 The Chess club is usually packed to the brim! 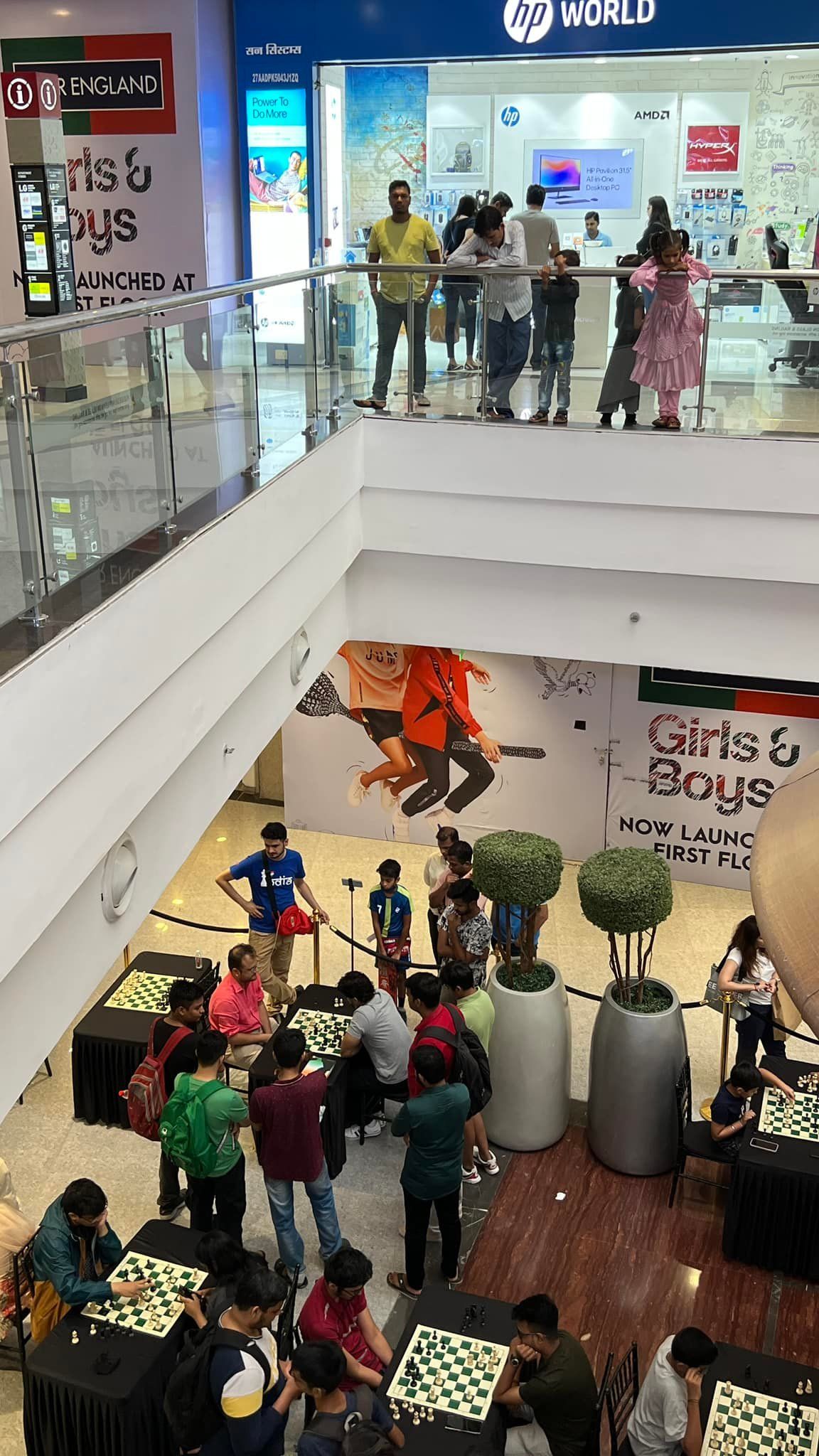 There is also a balcony view for the chess club! 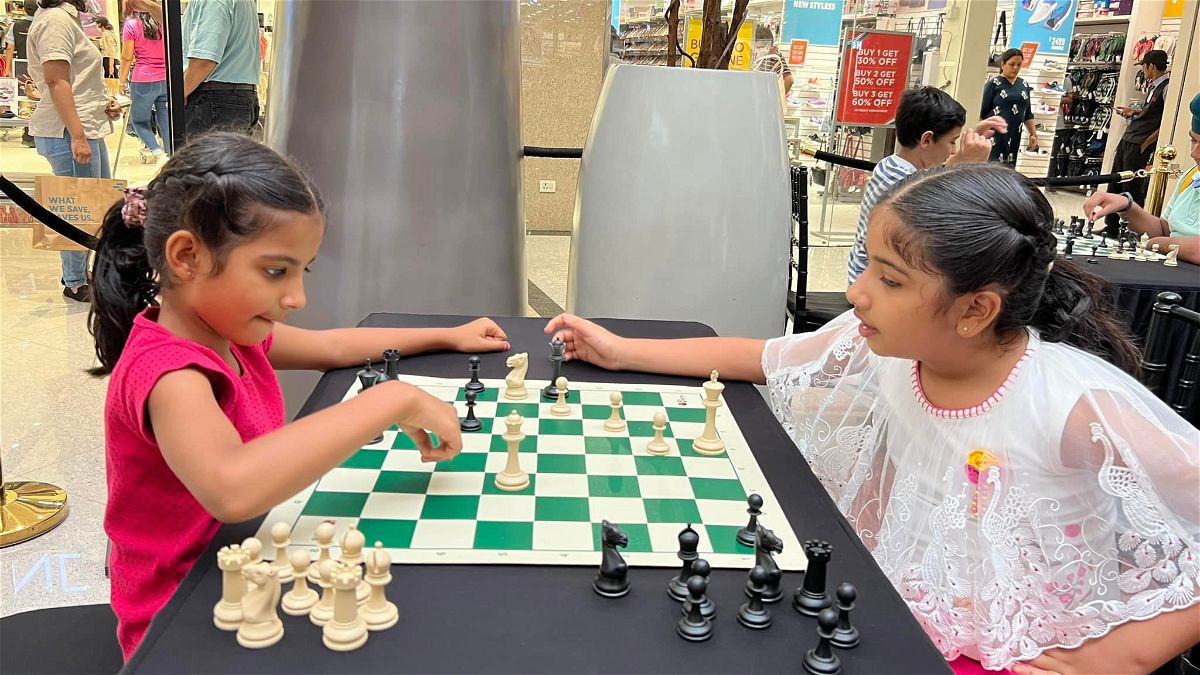 It's always nice to see youngsters coming and playing against each other!

A beautiful event that happened at the chess club was the simul with Samay!

Samay played for more than 6 hours! 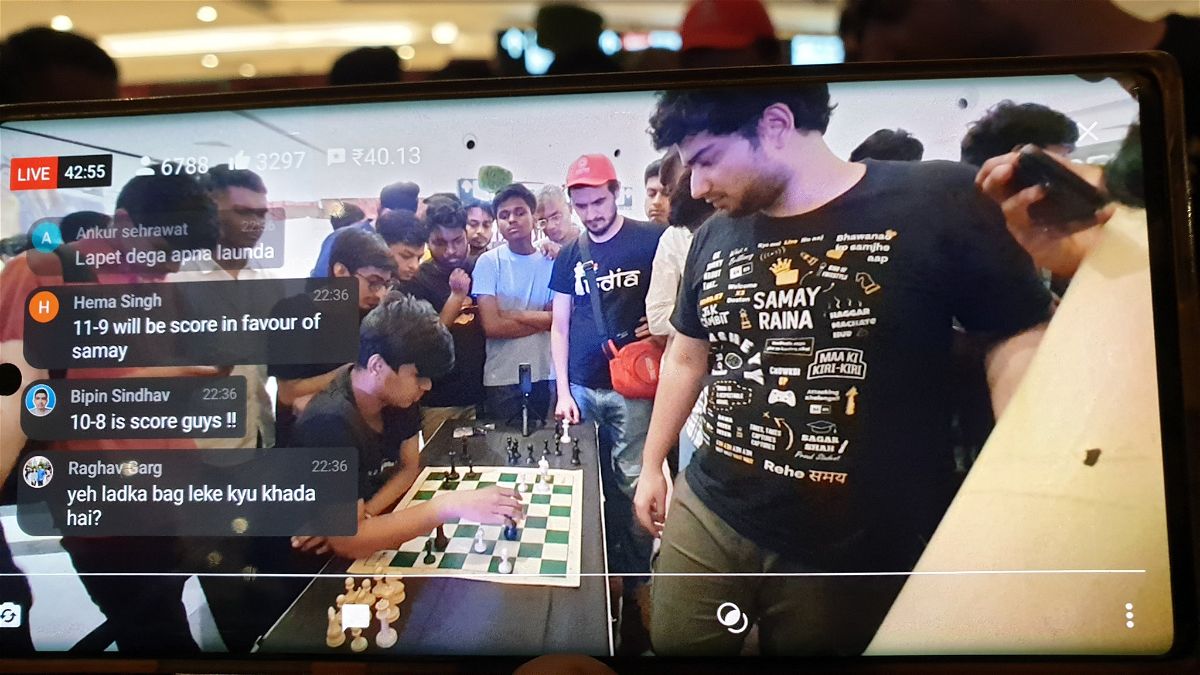 A lot of people joined in via the livestream! 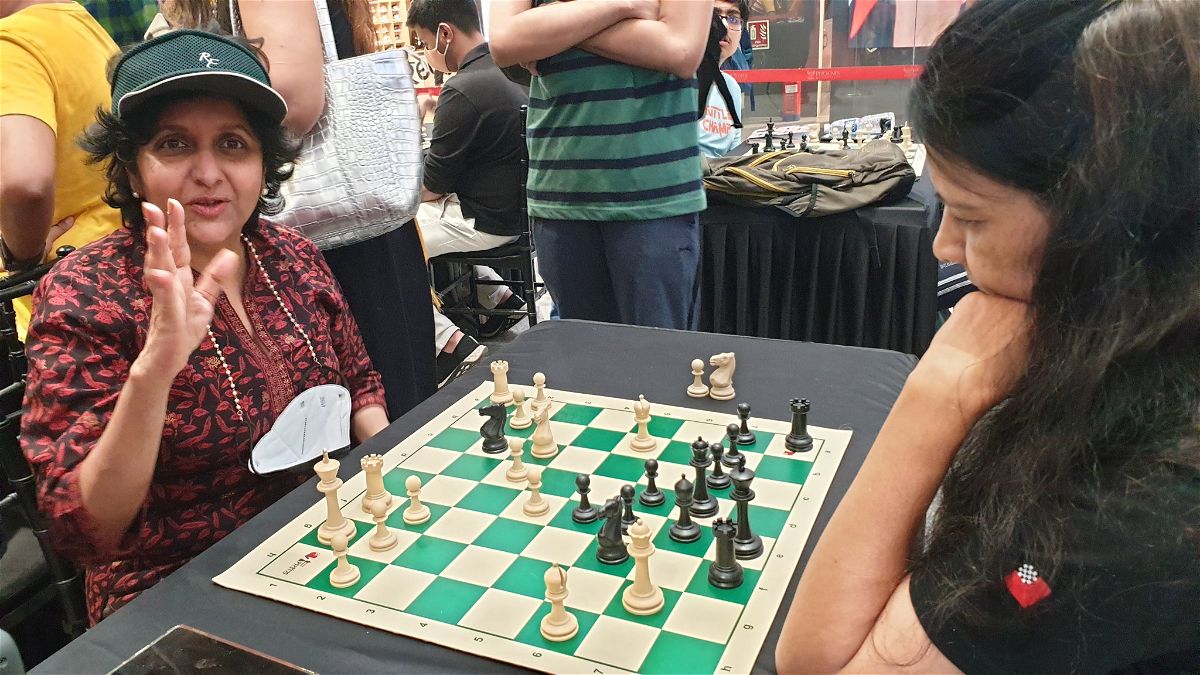 Did you know - Nandini Srikar, well-known Bollywood singer, is a big chess fan? Here she is playing against Amruta Mokal's mother Prachi.
Games have not always been easy at the Chess Club 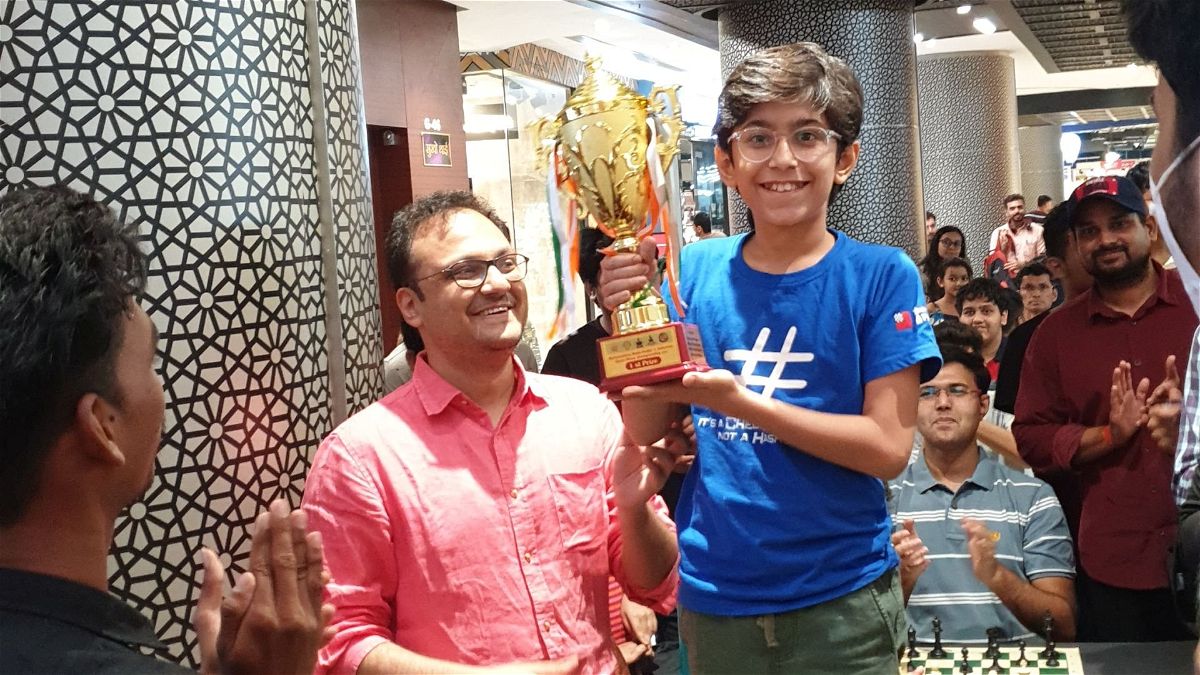 It's always a nice feeling when youngsters who visit the club are able to achieve something special. Here we have Nimay Agrawal who won the state under-10 title and came to the club with his beautiful trophy! He was given a huge applause! 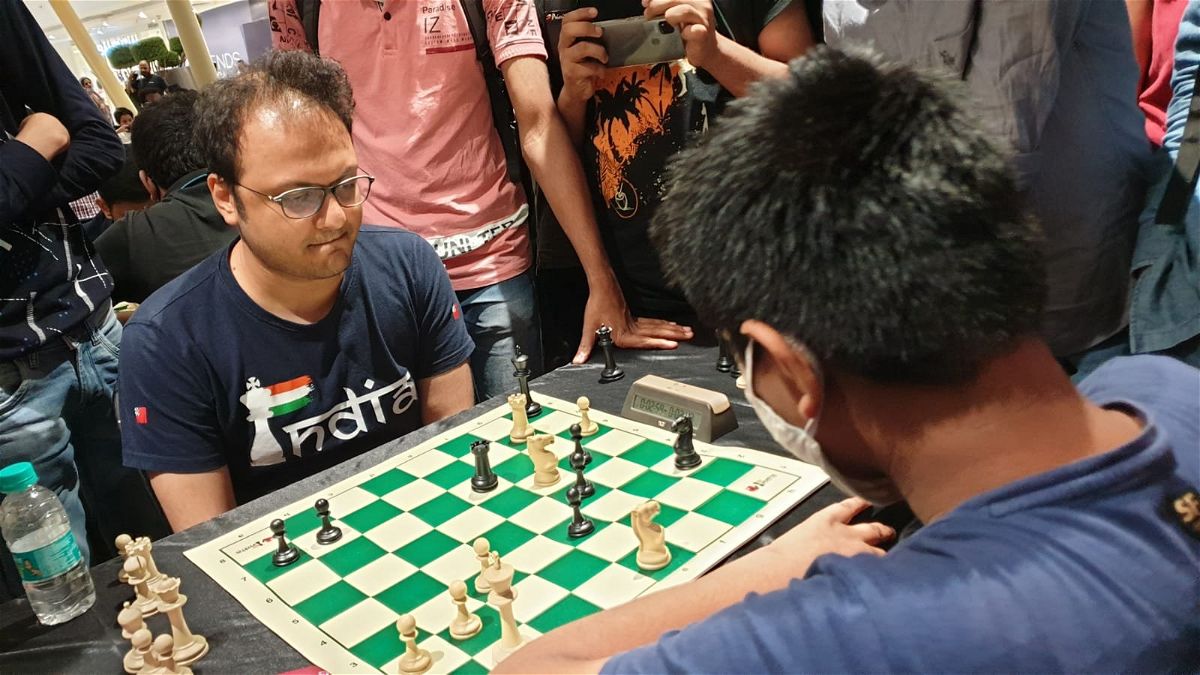 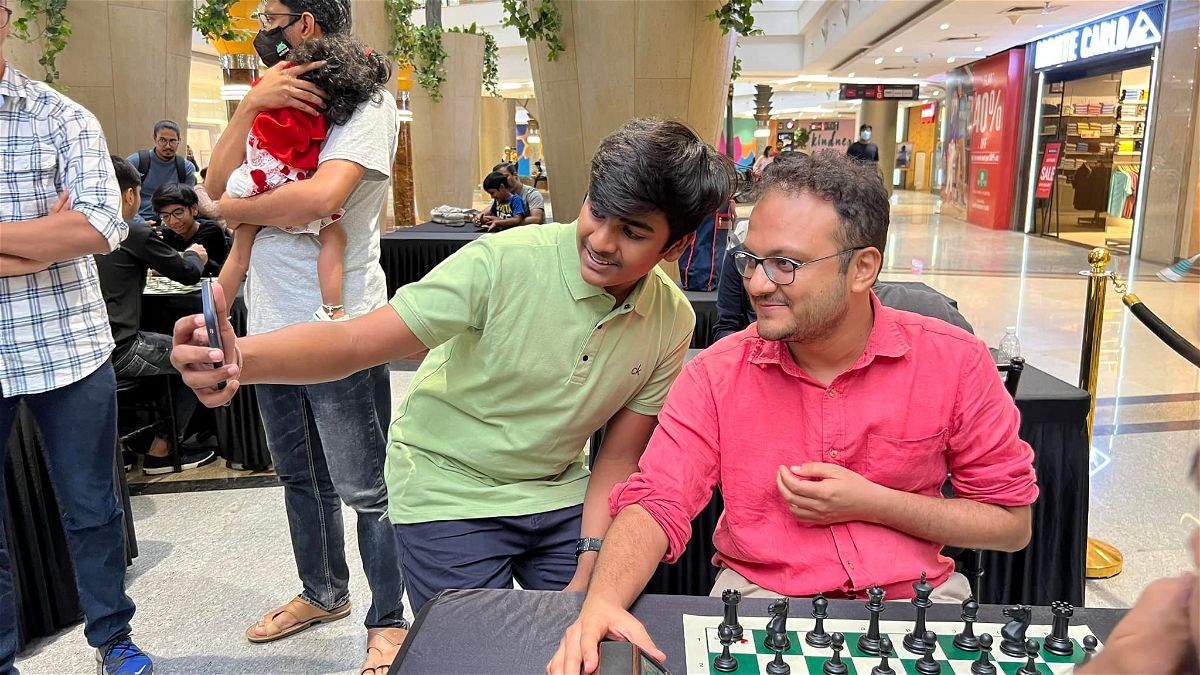 The club gave a chance for many of the chess fans who watch the ChessBase India content regularly come and interact with us!
We have built a small community of chess lovers who meet every Saturday!
A small reunion of the ChessBase India team at the Chess Club! 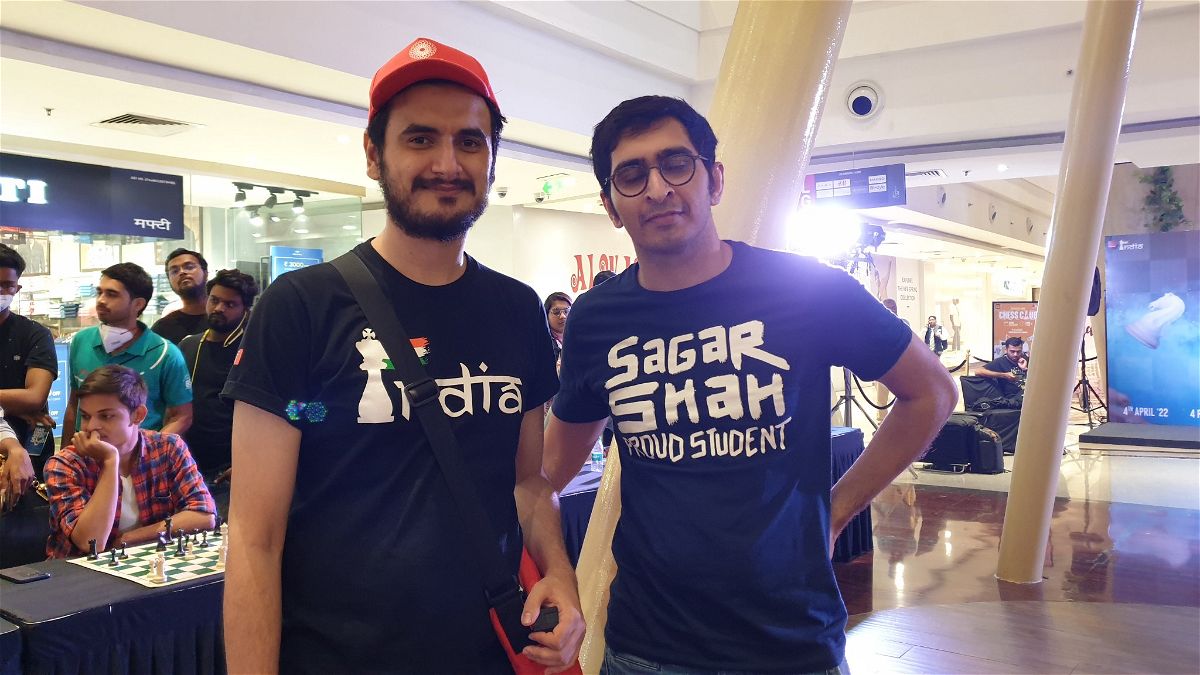 We are very proud of the community we have built together. On the left is Asim Khan, whom we first met in Dubai at the World Championship Match of Carlsen and Nepo in December 2021. Since then he has helped us with the reels on our Instagram and has also helped to popularize the chess club with his creative camera work and editing. Devin Anand (on the right), is a fantastic musician and along with his brother Derayne, they composed the very popular chess songs - Shatranj ka kamaal and Bewafa Samay. 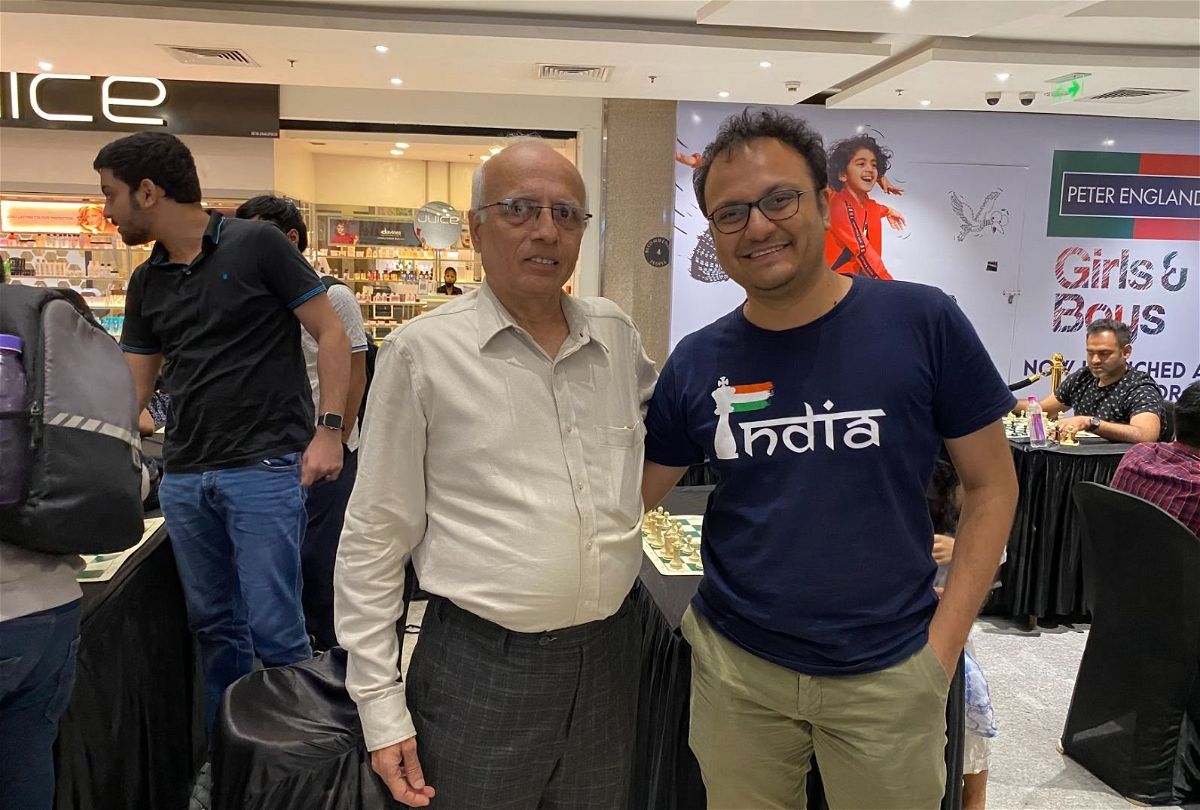 A big thanks to my first coach Mahesh Ved, who imbibed the love of chess in me when I was very young! He visits the chess club regularly!

The support of the Phoenix Marketcity management has been immense in this entire endeavour of running the chess club. They have been consistent and also are keen on spreading the culture of chess across the country. The Assistant Marketing Manager of Phoenix Mills, Gaurav Mistry, also the man who contacted us to start something related to chess in Phoenix, told me, "Sagar, we should do 25 sessions solidly and consistently every Saturday. Once we have proved that we can do this regularly we can then think about new initiatives." And so when the 25th session ended, Gaurav messaged me saying that we should think of building this up! That's when we decided to launch the 4th Saturday tournaments!

A big supporter of chess, Gaurav Mistry has ensured that Phoenix Marketcity becomes a home to chess in the city!

The chess club has 50 boards, so around 100 players will get to participate in the tournament

The tournaments will be run professionally and there will be chess clocks on every board. We are planning a time control of 5 minutes + 2 seconds increment and a total of 7 rounds. There will be Grand Prix points for people who finish in top 10. These points will get added throughout the year and we will find out who is the ChessBase India Chess Club Mumbai City Champion at the end of the year! 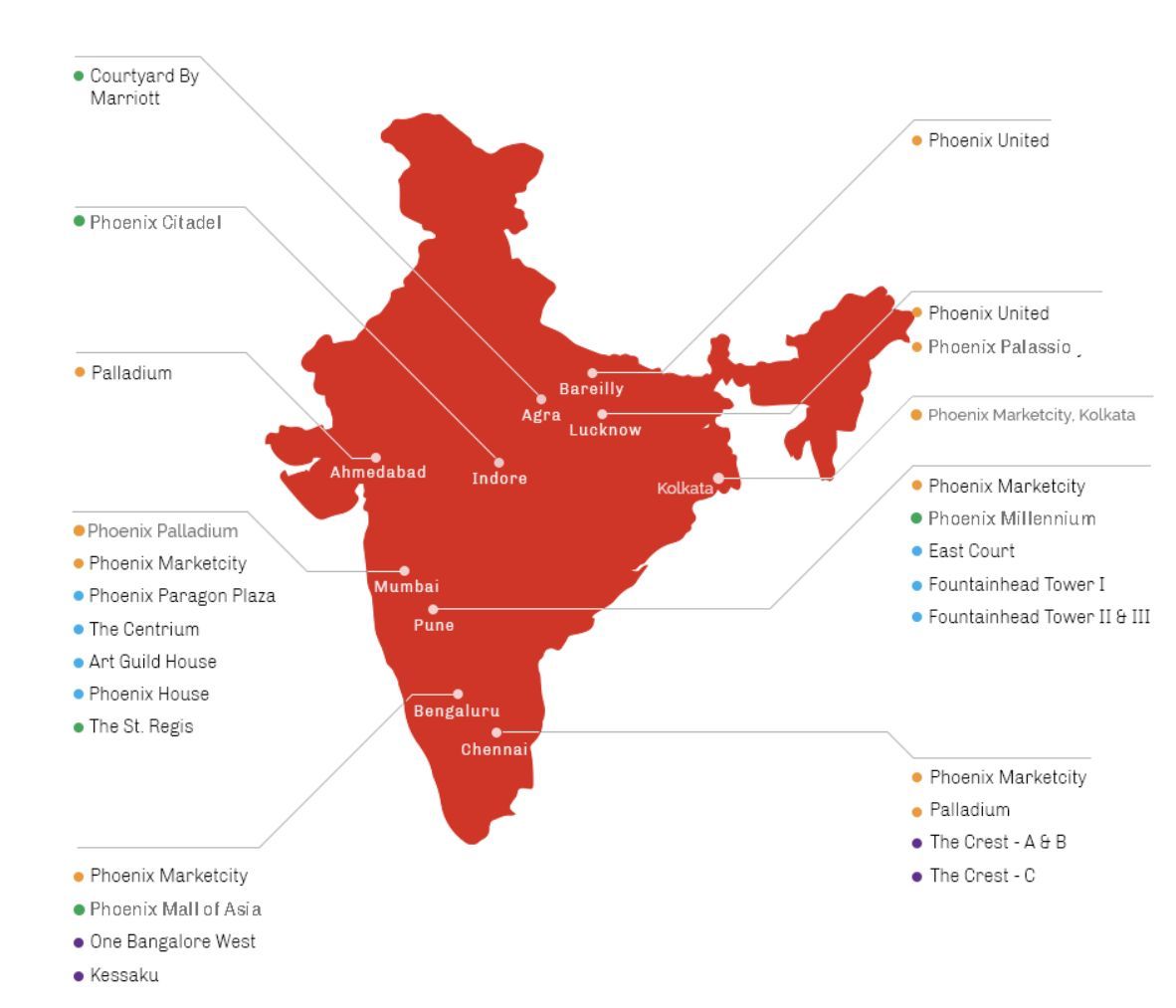 We hope that this model works well and that we will be able to launch more chess clubs across the country in partnership with Phoenix. The above are the cities where Phoenix already has a mall.

Every 4th Saturday of a month will be a ChessBase India Chess Club Tournament!

Note: A person who attends each and every day of the chess club for the next one year (and that includes all the 5th Saturdays of the month as well) will get a special prize from ChessBase India!

Sponsorship: Currently we do not have a sponsor for conducting the prize money tournaments. In case, some brand is keen on collaborating with us on this initiative. They can write to us at chessbaseindia@gmail.com. We will ensure that they get value for their investment in this endeavour.