Bomb scare halts round 1 at the Aeroflot Open 2019

While the first round of the Aeroflot Open 2019 was in progress, the players were asked to evacuate Hotel Cosmos because of a bomb scare. Some players went straight outside on to the streets in  -1°C cold, while some took the risk, went up to their rooms got their jackets and then ran outside. The Indian contingent then was taken to the nearby college where they spent nearly four hours. Things are under control and it seems like it was a hoax call. The Indian players are all safe. AICF and the officials in Moscow also contacted the Indian embassy in Moscow and measures were taken to bring everything under control. Round one will be played tomorrow once again with the same pairing and on one of the subsequent days there were be two rounds held.

There was a bomb scare in round 1 of the Aeroflot Open 2019 at Hotel Cosmos. The players were given 10 minutes to collect their important stuff and were evacuated from the playing hall and the hotel and were forced to spend some time on the road in -1°C. The good news is that all the players are safe. The bad news is that round 1, which had started, has been cancelled. The players will play a new game against the same opponents tomorrow and on one of the subsequent days there will be double rounds. 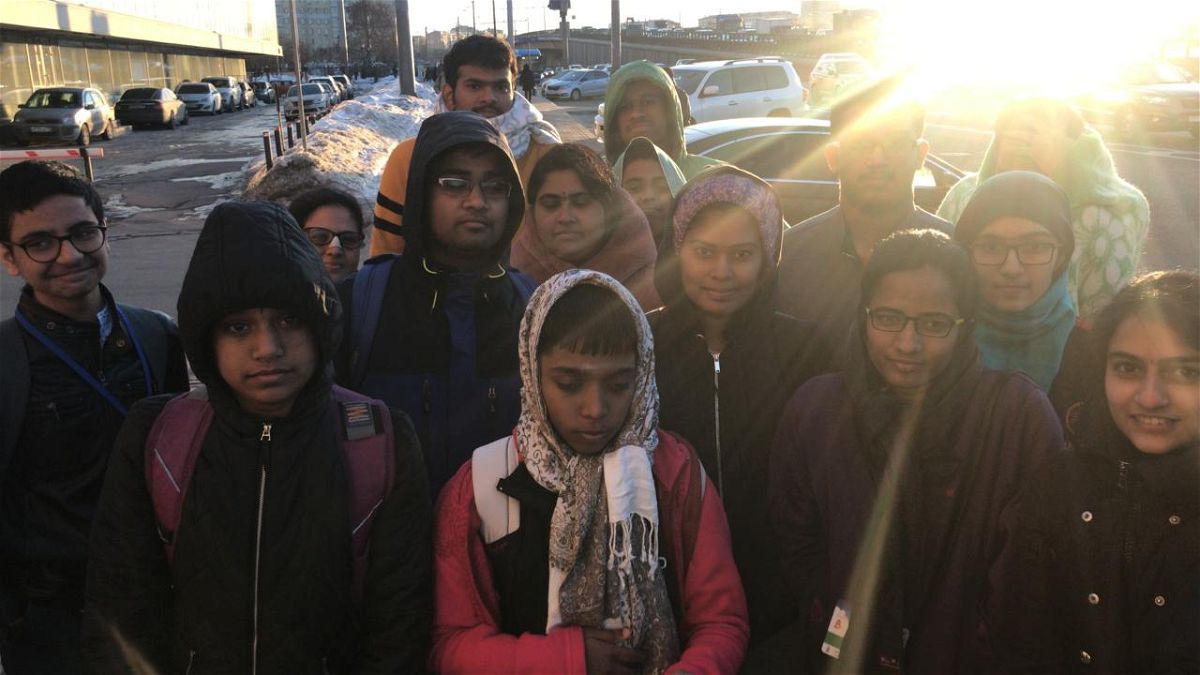 The sun was shining as the players were on the streets. The temperature was -1°C. 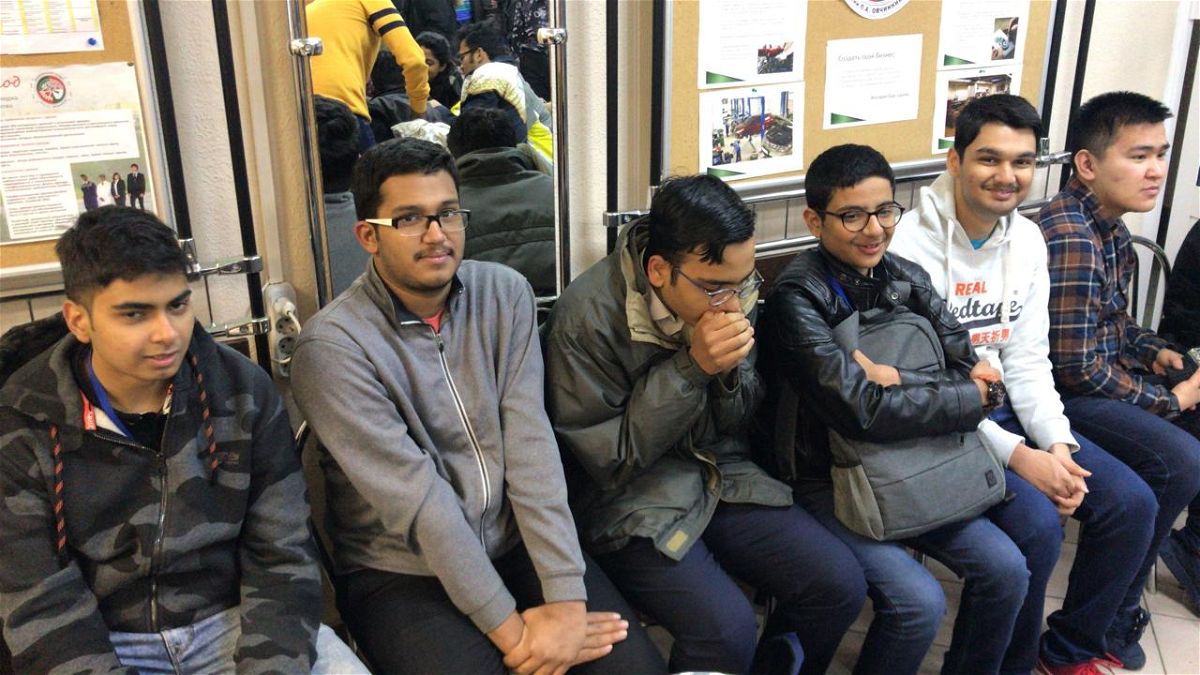 Some of the youngsters are really feeling the cold. Especially Sankalp Gupta (third from left) 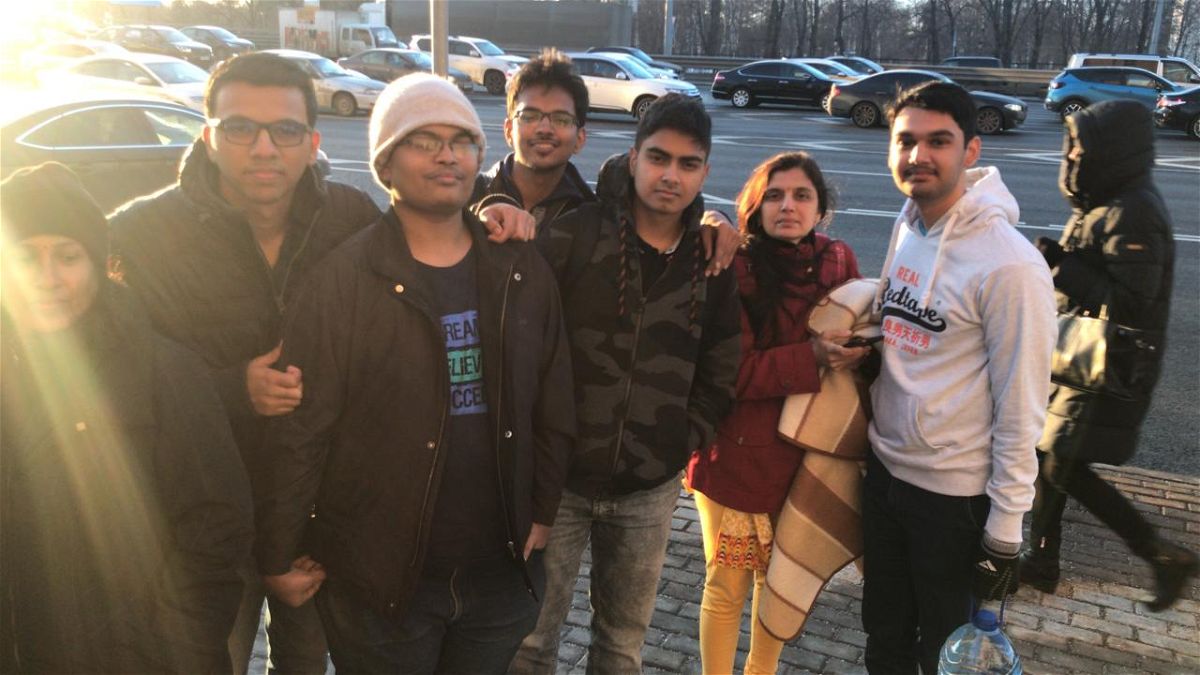 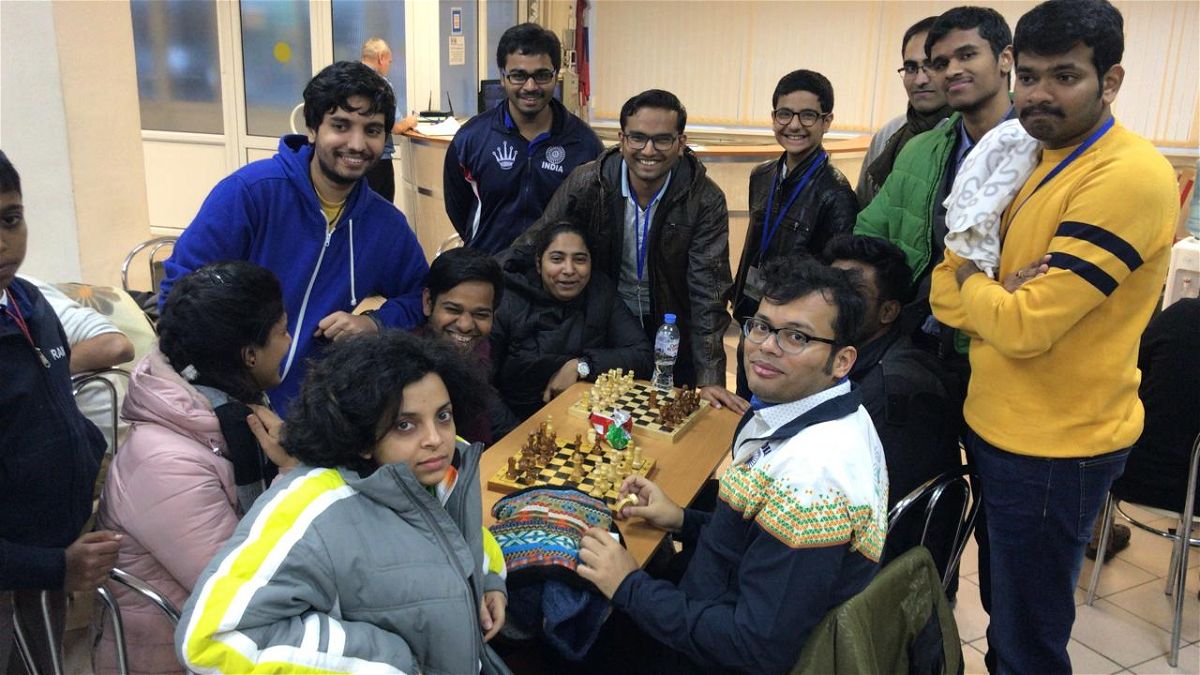 Bomb or no bomb, chess players have to analyze! The players walked for 5-10 minutes and were taken to a nearby college. 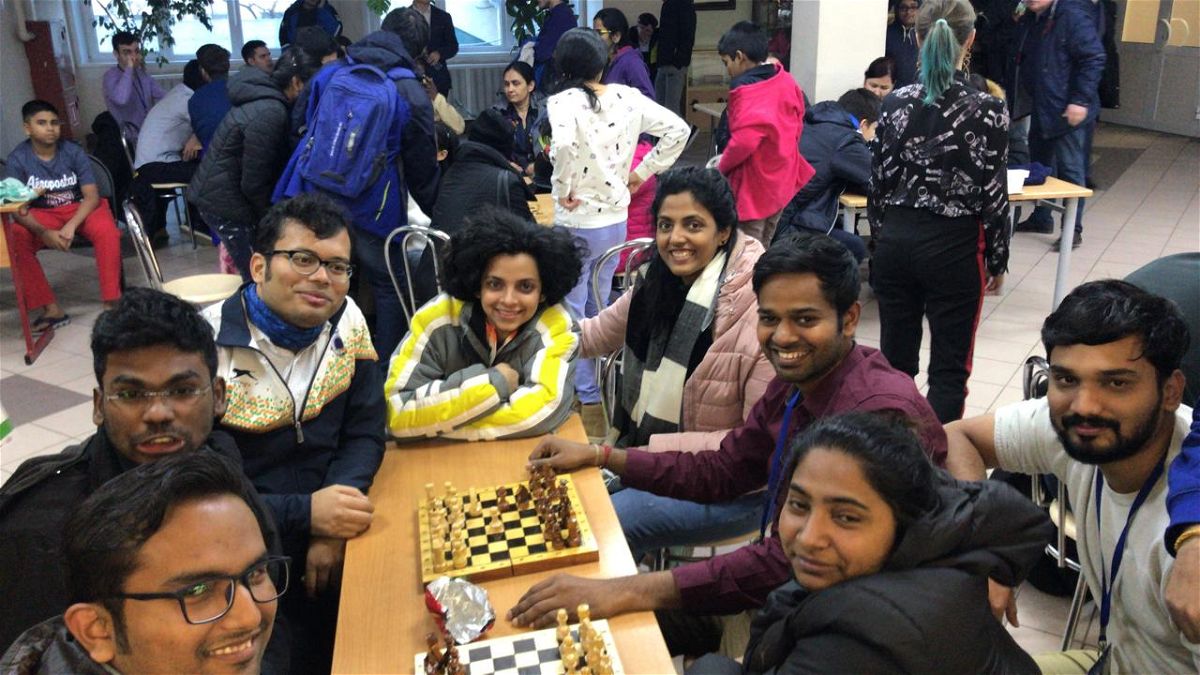 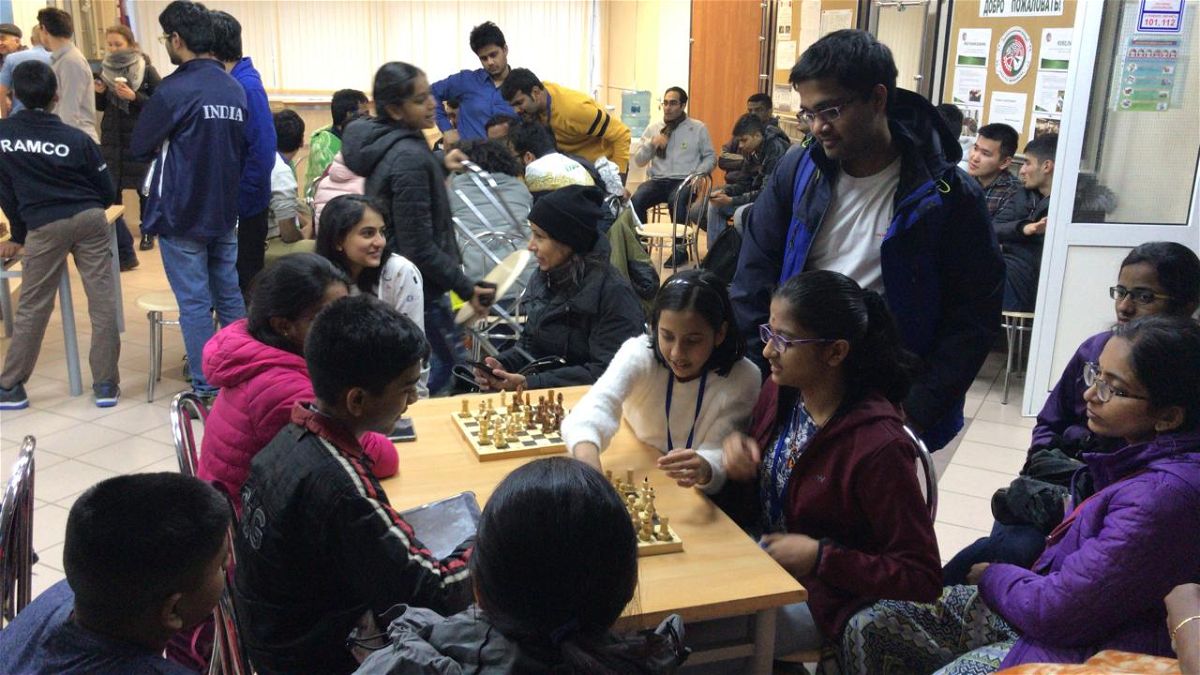 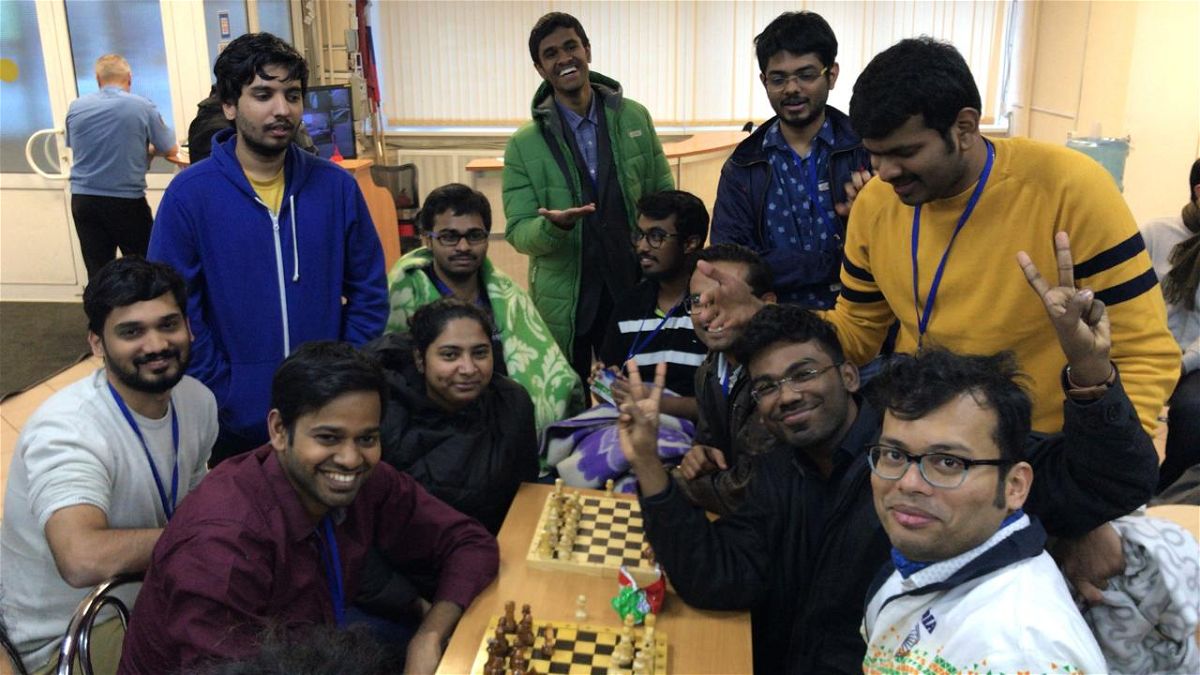 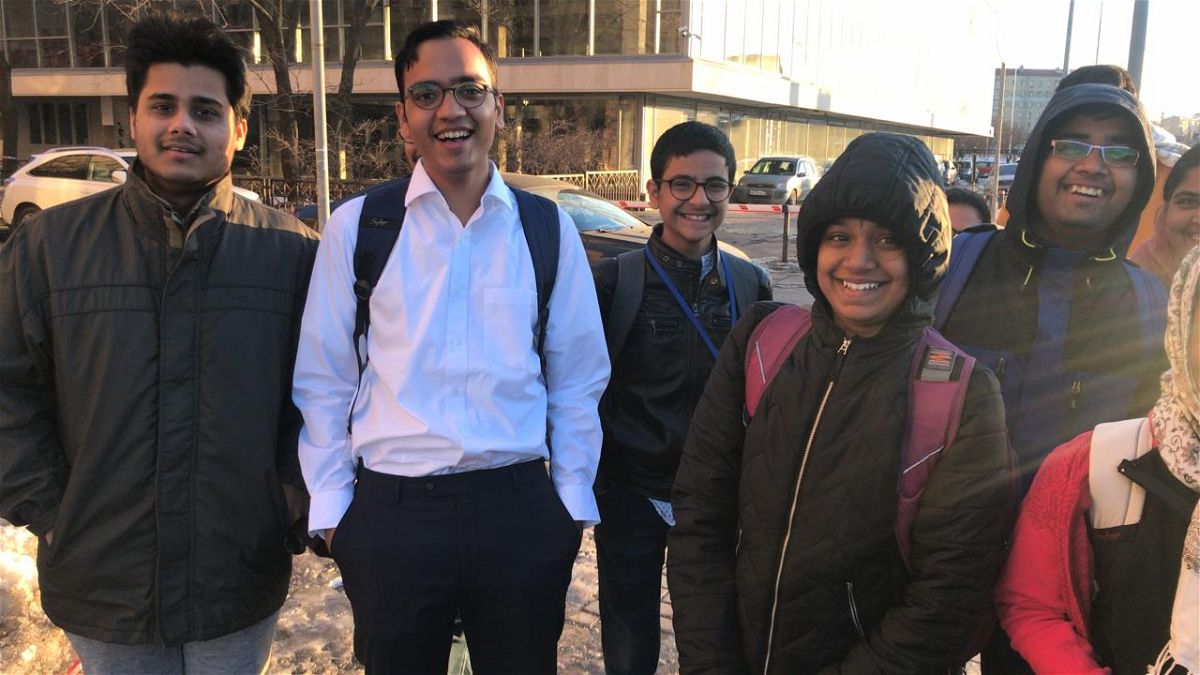 Pairings of Indian players for round one - A group:

Indians in Group B

The most interesting pairing for Indians was beaten Ganguly and Praggnanandhaa. In fact they had played a few moves out of the opening and Ganguly seemed clearly better!

It is interesting to note that on the day when Ganguly versus Praggnanandhaa video on ChessBase India YouTube Channel reached 10 million views, the two opponents were paired once again. For all those who haven't see that video already, here it is:

For players who showed some amazing bit of preparation, this round not getting played was a big setback. Like Tamir Nabaty who showed some excellent home prep against Santos Miguel Ruiz.