The Aeroflot Open 2020 ended yesterday in a tie for the first place between four players, namely Aydin Suleymanli, Rinat Jumabayev, Rauf Mamedov, and Aravindh Chithambaram. But of the four the 14-year-old Aydin had the best tie-break score and therefore was declared the rightful champion of the event. The Azerbaijani thus took back home a purse worth €13,875 (approx 11 Lakh rupees). From Aravindh crushing Sanan Sjugirov to Pranesh and Praggnanandhaa scoring nice miniature wins, a lot of action took place on the final day of the tournament. We bring you a comprehensive report from Moscow with games, analyses, photos, and more.

With Aydin Suleymanli, Rinat Jumabayev, Rauf Mamedov, and Aravindh Chithambaram all finishing with 6.5/9 points, the Aeroflot Open 2020 came to conclusion yesterday in a four-way tie. However, by virtue of having the best tie-break score, it was Aydin who was declared the rightful champion at the end of nine rounds of the event. The 14-year-old Azerbaijani not only managed to remain unbeaten but also secure a stupendous performance rating of 2791 taking down some of the favourites in the tournament like Parham Maghsoodloo and Vasif Durarbayli. To the Indian fans, the triple-crown National Champion Aravindh Chithambaram brought much reasons to cheer. After trailing behind the leaders for the last two rounds, he finally managed to catch up by defeating the strong Russian player Sanan Sjugirov. Rinat Jumabayev of Kazakhstan too made the climb atop the leaderboard in the final day of the event by beating Aleksandr Shimanov. 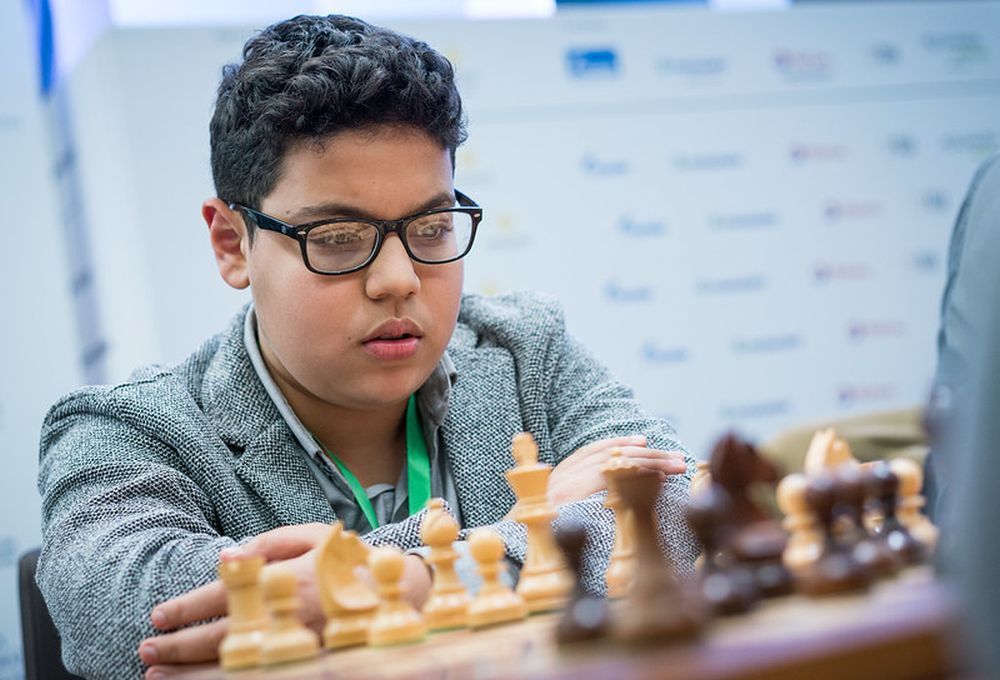 Aydin Suleymanli stunned one and all with his magnificent play. He came with a rating of just 2474 and started off as the 71st seed in the event but beat all odds to clinch the championship ahead of several 2600+ elite GMs | Photo: Lennart Ootes 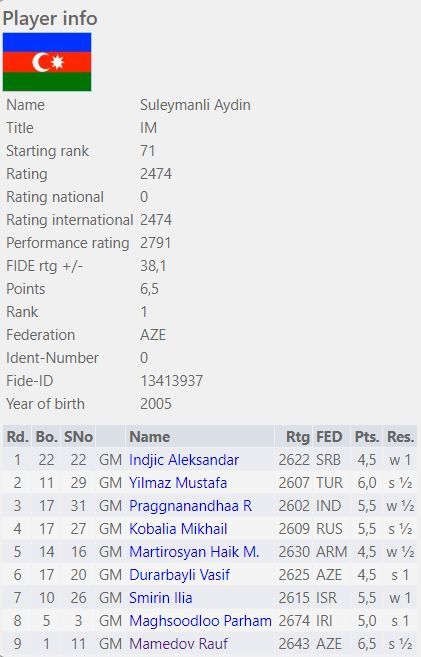 No wonder he went back home with a whopping 38.1 gain in Elo points!
While an Azerbaijani youngster became the champion of the event, it was an Azerbaijani veteran who took away the 2nd runner-up prize. Rauf Mamedov too had an extraordinary time in Moscow. The 31-year-old was in the lead for the better part of the tournament and was easily the favourite to become the sole winner! | Photo: Alina l'Ami

In their last round encounter, Rauf didn't push his compatriot Aydin too much and happily split the point after 29 moves. The 14-year-old of course profited out of this arrangement and leapfrogged him in the tie-breaks! 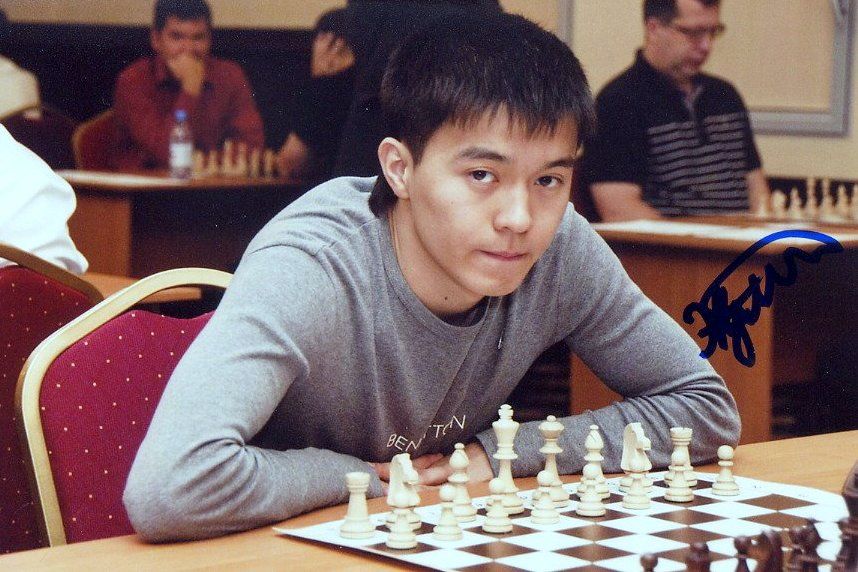 Rinat Jumabayev became the runner-up. He defeated Aleksandr Shimanov in the last round with black pieces to climb atop the leaderboard | Photo: chessdailynews 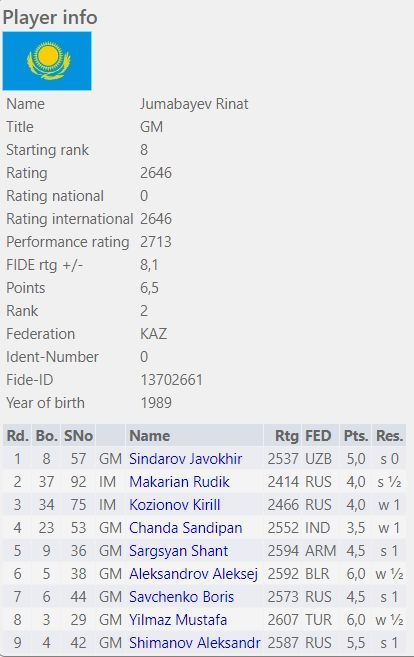 Things didn't start off ideally for Rinat as he had to suffer a bitter defeat in the hands of the prodigious Javokhir Sindarov in the very first round of the event... 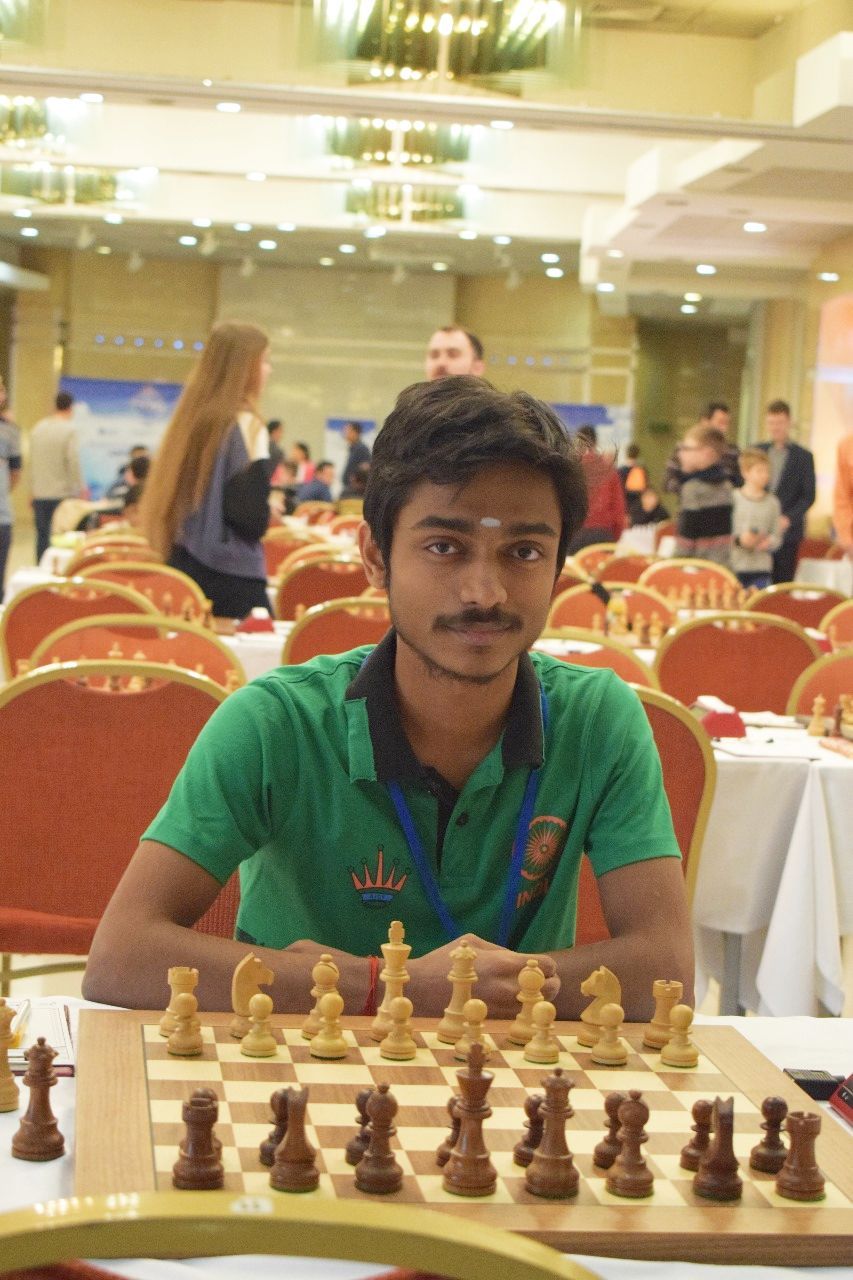 Aravindh Chithambaram was in his very element in the final round and registered a convincing win against Sanan Sjugirov. This victory enabled him to finish tied for the first place. However, based on tie-break scores, he had to settle for the 3rd runner-up title in the end | Photo: Puneet Jaiswal 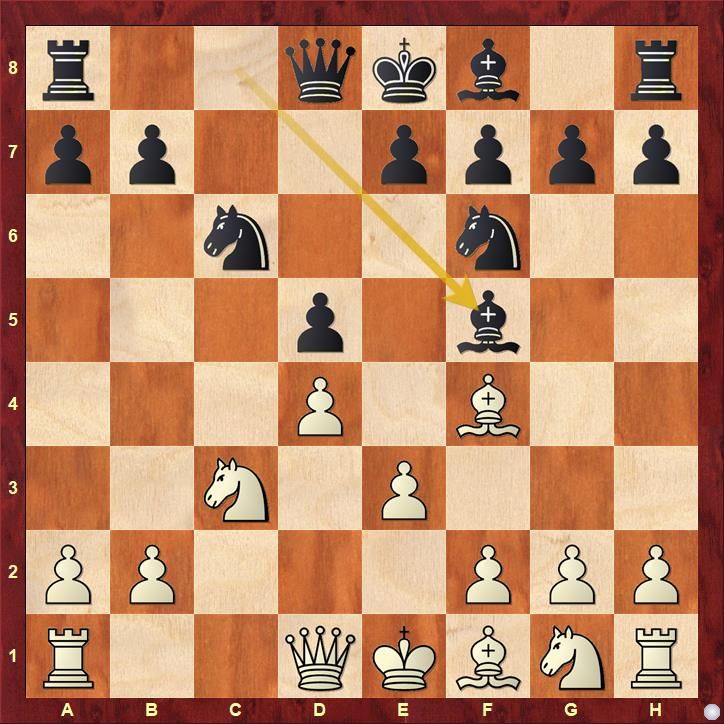 Aravindh had the white pieces in the last round and chose the 3.cxd5 variation of the Slav defense against his Russian opponent. 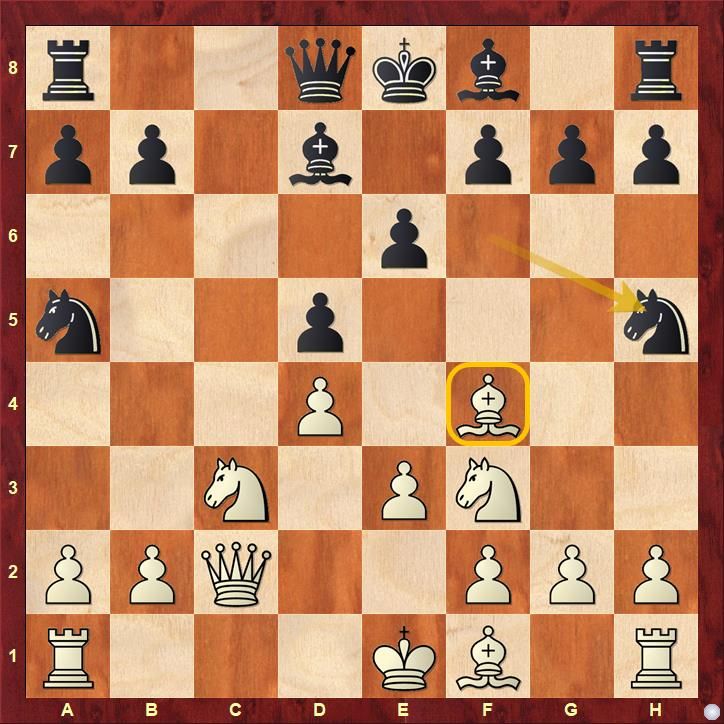 The game took a sharp turn when Sanan decided to challenge Aravindh's f5 bishop with 10...Nh5 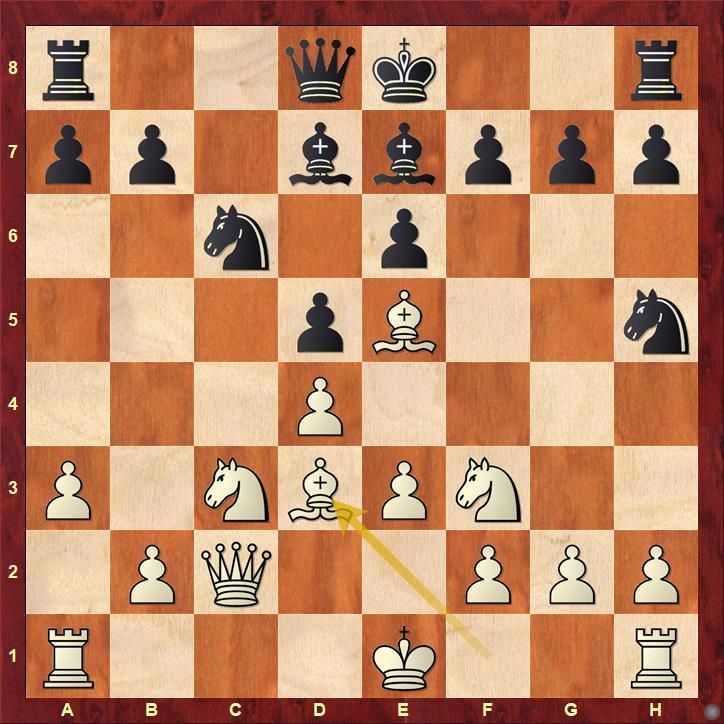 And here Black had to make a precise choice. In the game 13...Nxe5 14.Nxe5 Nf6 15.f4 allowed White to grab more space on the kingside, can you come up with an improvement? 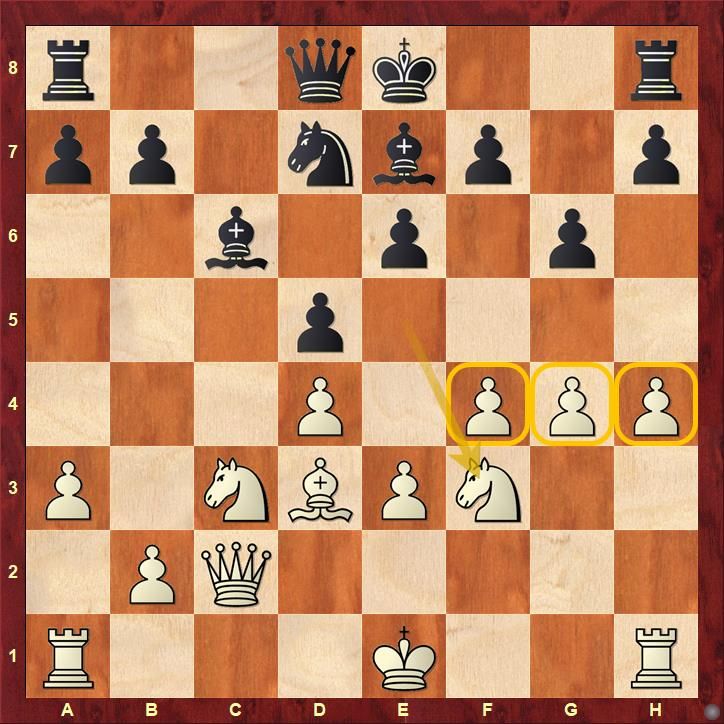 Once again, something had to be done with White's vigorous expansion on the kingside. The game followed 18...Rc8 19.g5 and the Indian was clearly better thereafter. What would you do if you were in Black's shoes? 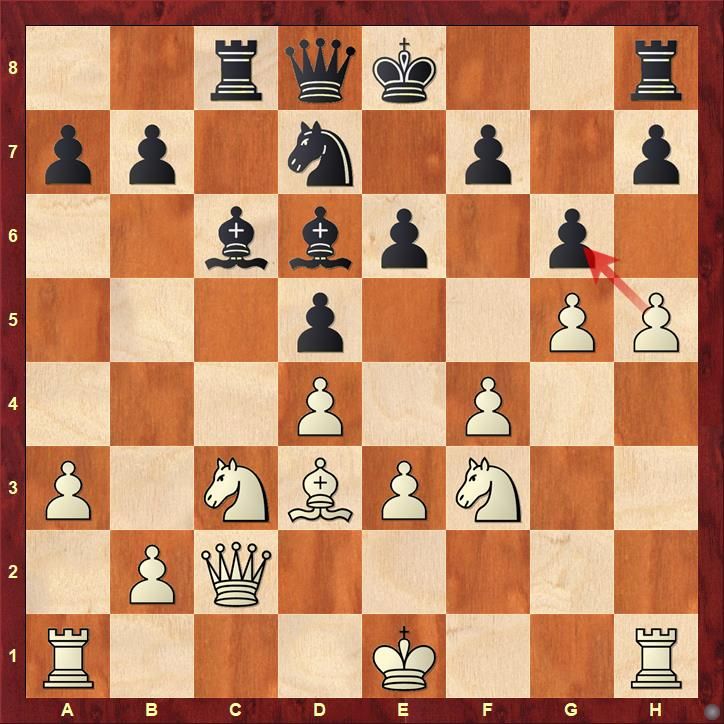 For Aravindh next it was all about pushing forward. There was no question of reverse gear. 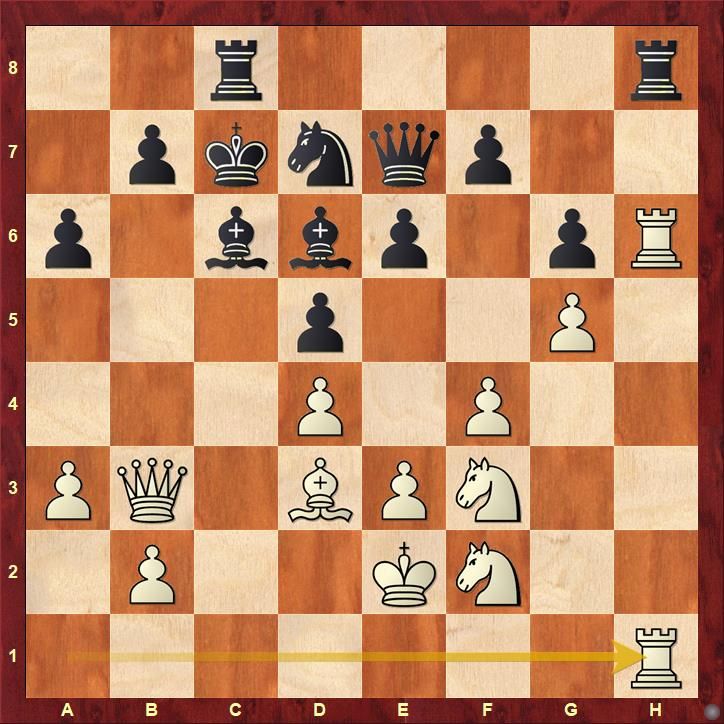 And once the h-file opened up he duly took control of it with his rooks. Black simply had no counterplay. 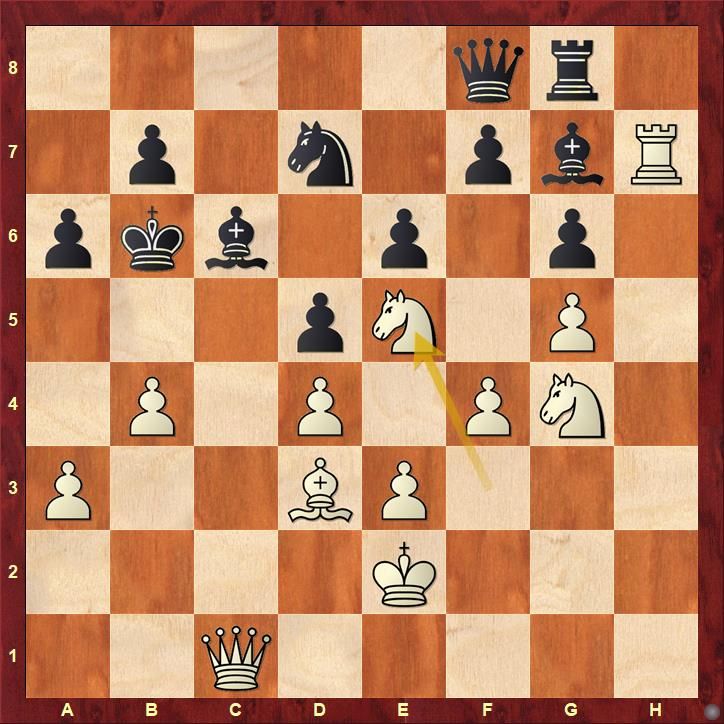 Sanan could hardly do anything but witness Aravindh's boa constrictor slowly coil around him! Helpless, he captured 34...Nxe5 here, and this allowed 35.Qc5+ forcing a series of exchanges... 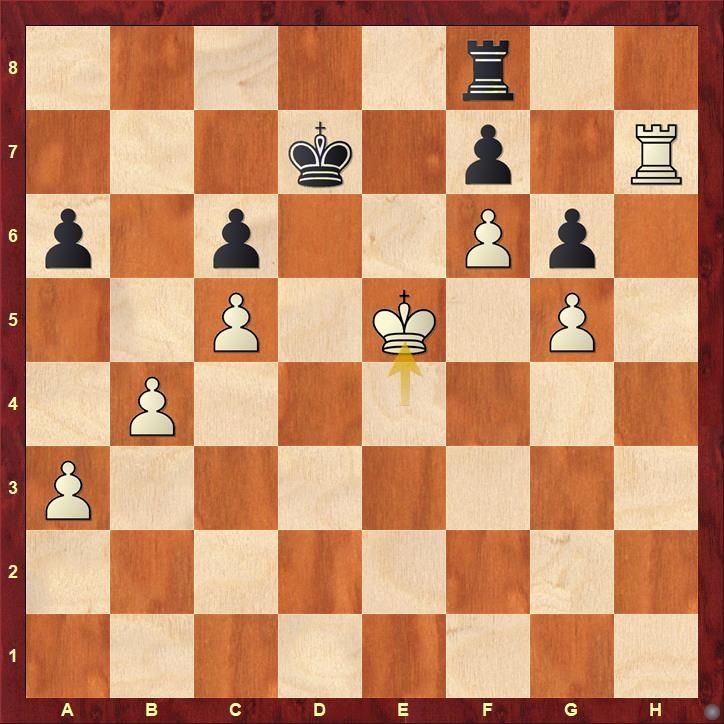 The position quickly liquidated into a rook-pawn ending where White was completely winning. 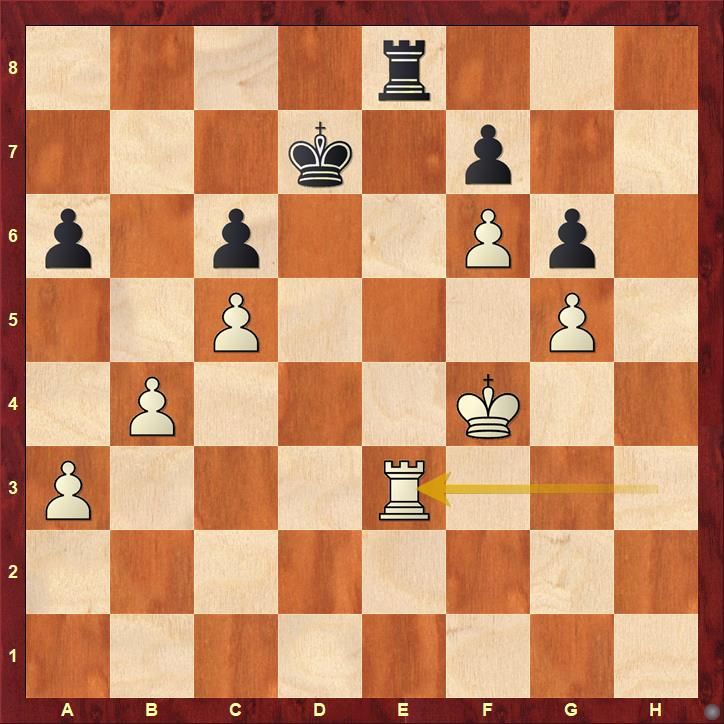 Thus, in the above position the Russian resigned. He really couldn't do anything. The exchange of rooks was practically forced following which the pawn ending would be an obvious victory for White.
Aravindh in action against Sanan | Photo: Puneet Jaiswal

Praggnanandhaa R. and Pranesh M scored quick 21-move wins in the ninth and final round of Aeroflot Open 2020. Both players had the black pieces and capitalized on early blunders made by their opponents Arseniy Nesterov and Mihail Nikitenko respectively. Finishing with 5.5/9 points, it was an average tournament for Praggnanandhaa who neither gained nor lost any rating points. But Pranesh fulfilled requirements for his final IM norm and thus he has become the the latest International Master of India. The 14-year-old made his first IM norm in Chennai Open 2019 and a GM norm in Delhi open 2020.

Praggnanandhaa had a normal event but Pranesh would certainly return home from Moscow with good memories | Photo: Puneet Jaiswal 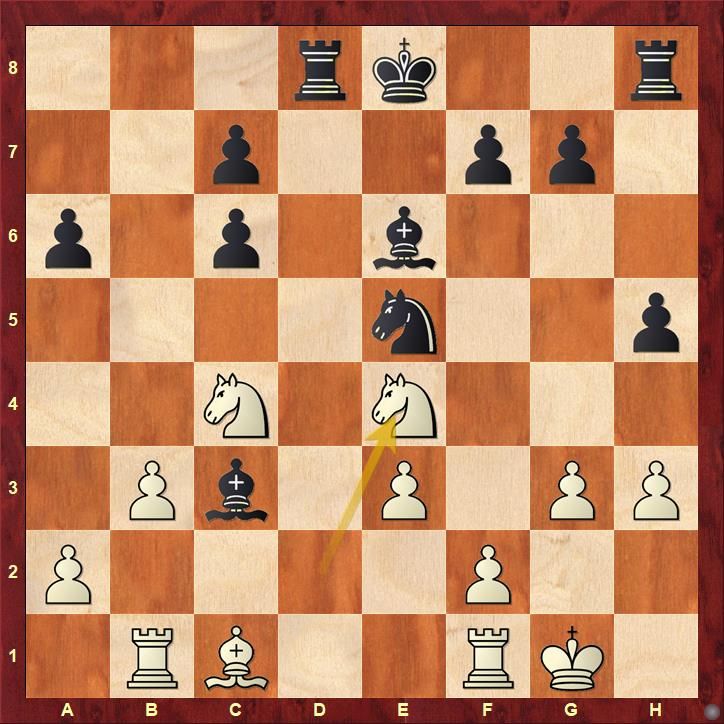 Arseniy carelessly played the move 17.Ne4? and this allowed Pragg to simply capture a couple pawns, first on h3 and then on g3. 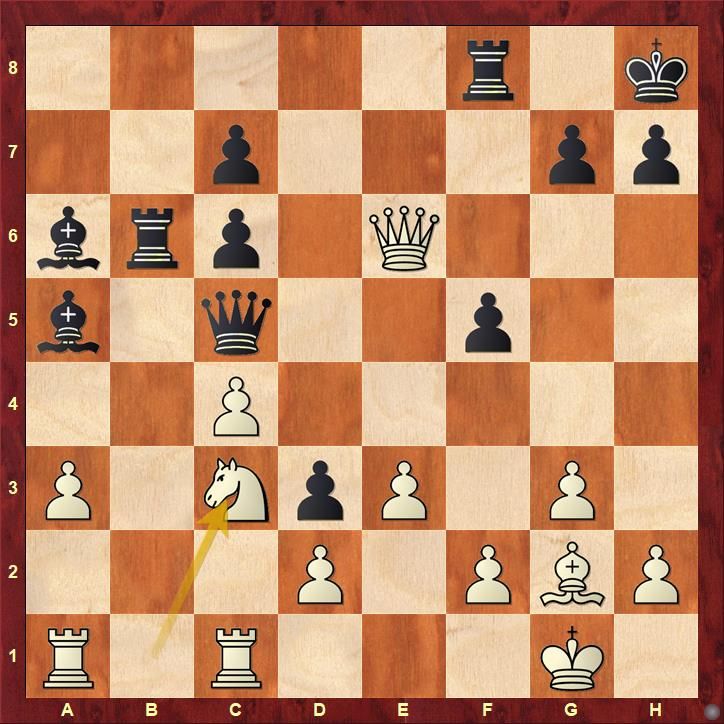 Can you see what White missed when he played the move 21.Nc3? Hint: Look at the white queen on e6. 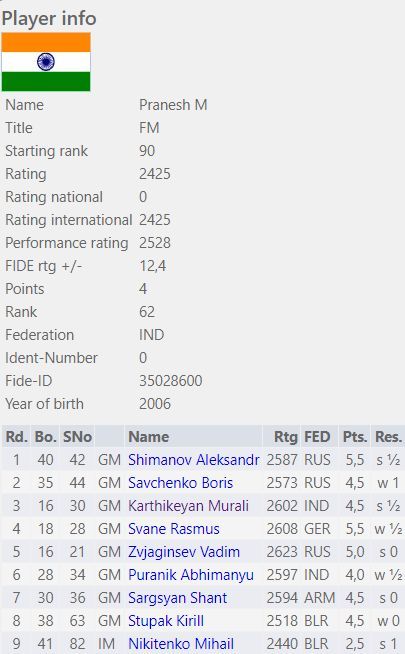 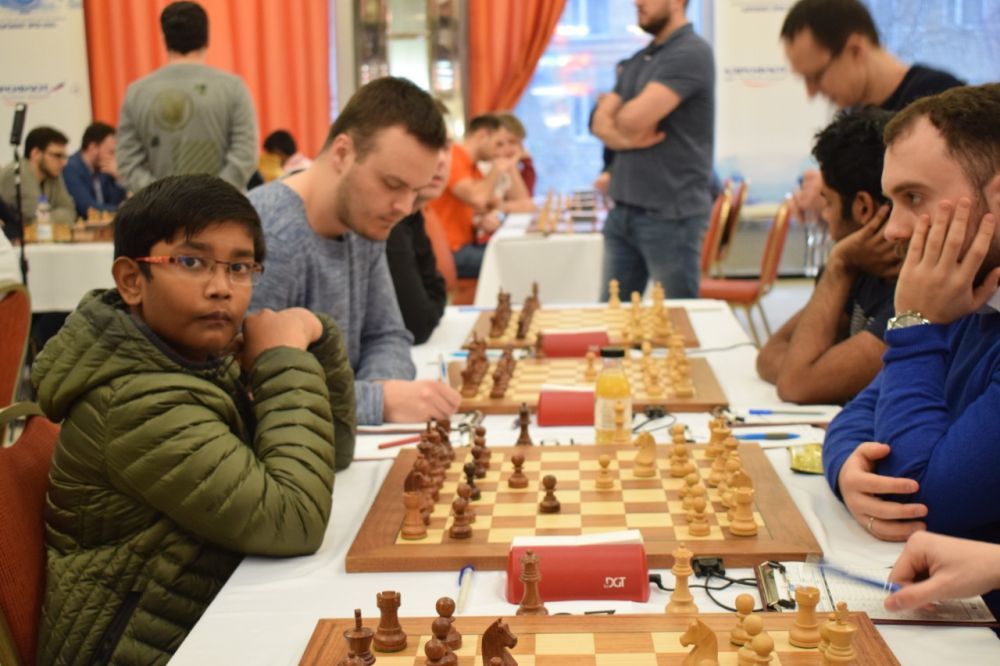 Bharath Subramaniyam who had a superb tournament ended things on a good note by defeating Maksim Chigaev in the last round | Photo: Puneet Jaiswal 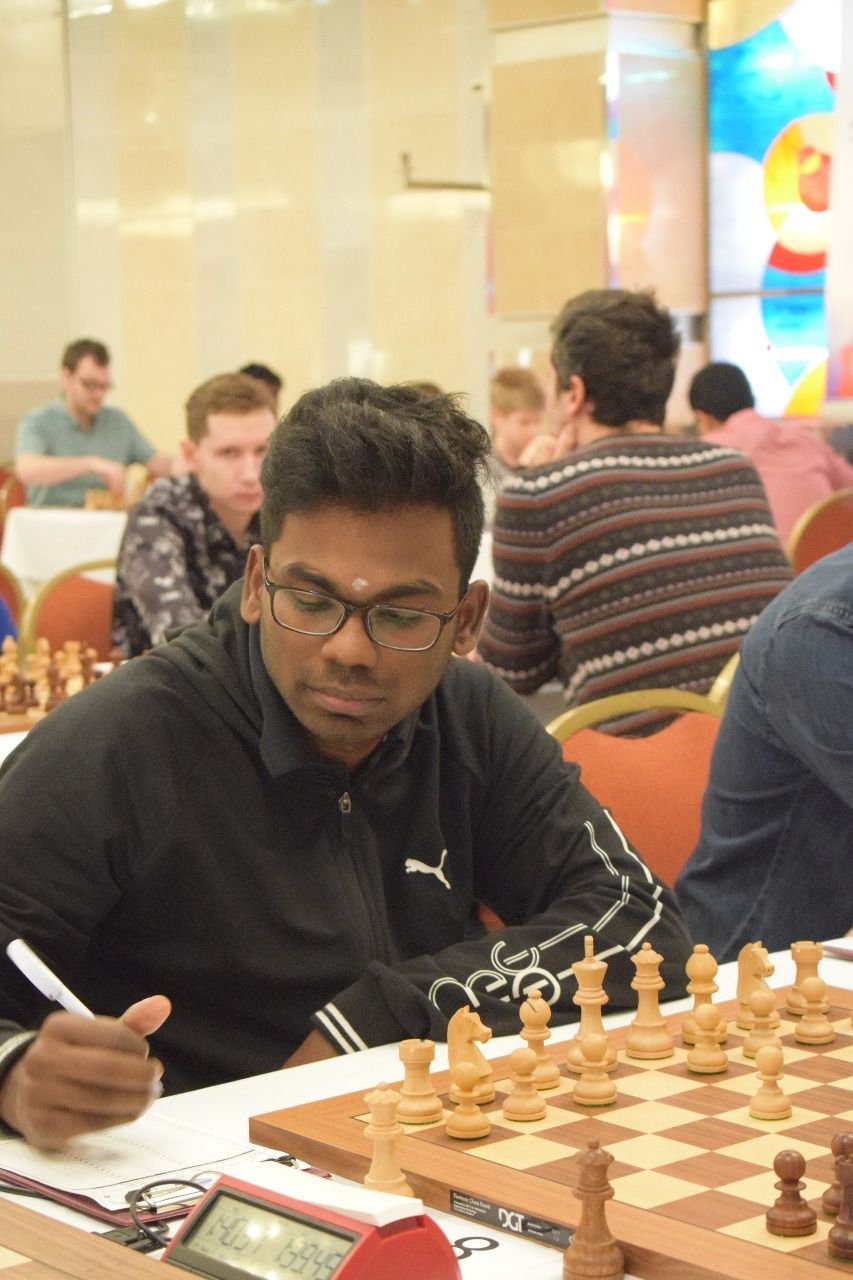 Norms for Pranav and Rucha in Open B

14-year-old FM Pranav Anand made his third IM norm at Aeroflot Open B and only needs to meet his rating requirements to become the latest IM of the country. Rucha Pujari too performed well in the B category and made her second WGM norm | Photo: Niki Riga and Amruta Mokal