Top seed of the tournament, CM Om Manish Kadam (MAH) ended John Veny Akkarakaran's (KER) fantastic winning streak. Then CM Mayank Chakraborty (ASM) beat Om in Round 8 to become one of the tournament leaders 7.0/8 at MPL 34th National Under-14 Open Chess Championship 2022. John also bounced back with a win over Ethan Vaz (Goa) to become a coleader. In the Girls section, top three West Bengal vs Mahrashtra battles ended in three draws in the seventh round. However, in Round 8, Anupam Sreekumar (KER) beat the tournament leader Shreya G Hipparagi (MAH) to keep things exciting in the Girls section. Round 9 starts today at 9:30 a.m. IST. Photo: Aditya Sur Roy

The seventh round in the Girls section witnessed only three decisive games out of top 10. That changed a lot in the following round. Nine out of the top ten games ended decisively which meant Anupam Sreekumar (KER) is now joined by top seed Mrittika Mallick (WB), Rajanya Datta (WB), Aanya Roy (MAH) and Sannidhi Ramakrishna Bhat (MAH) in a five-way lead 6.5/8.

John Veny Akkarakaran (KER, 1855) was better for the majority of the endgame against the top seed of the tournament, CM Om Manish Kadam (MAH, 2144). A questionable rook exchange followed by an inaccurate knight retreat, turned things completely in favor of Om. 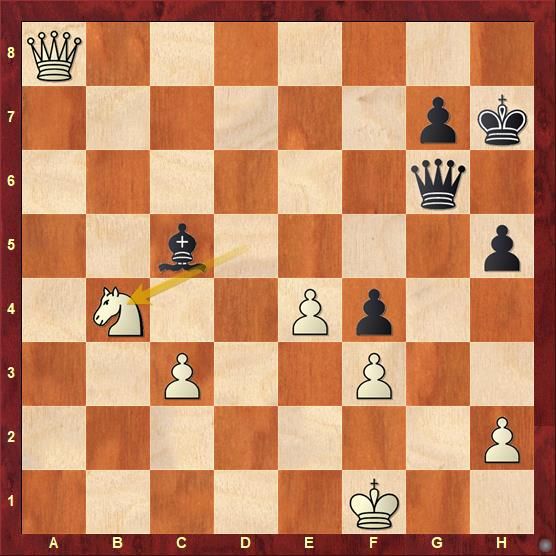 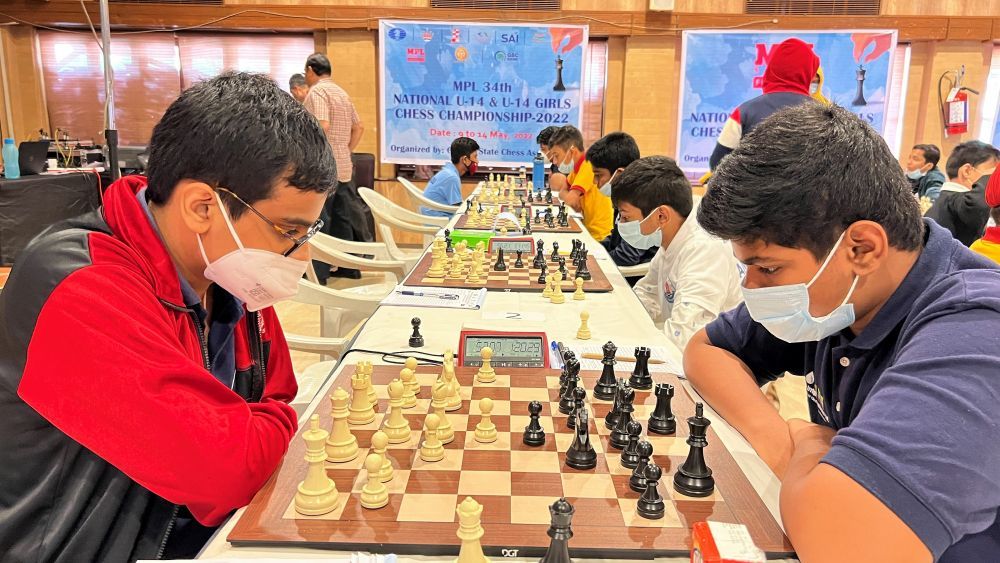 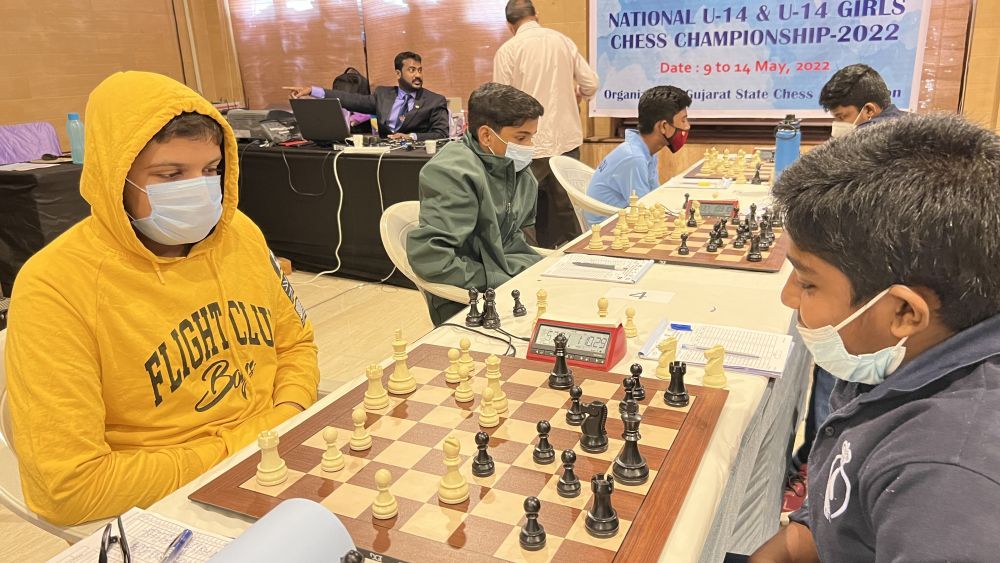 Mayank Chakraborty (ASM, 2015) launched a beautiful attack at the center of the board against CM Om Manish Kadam (MAH, 2144). 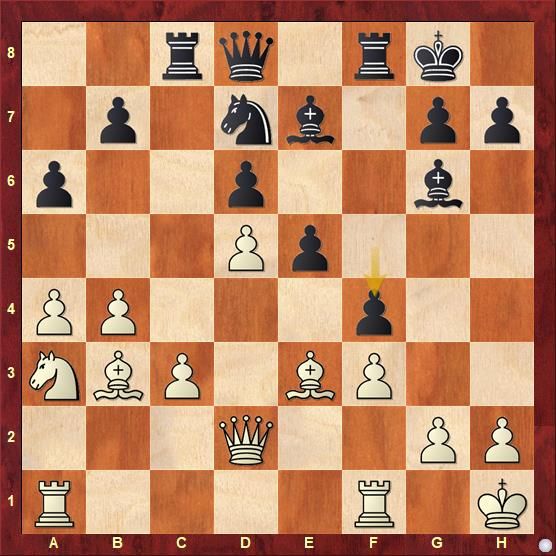 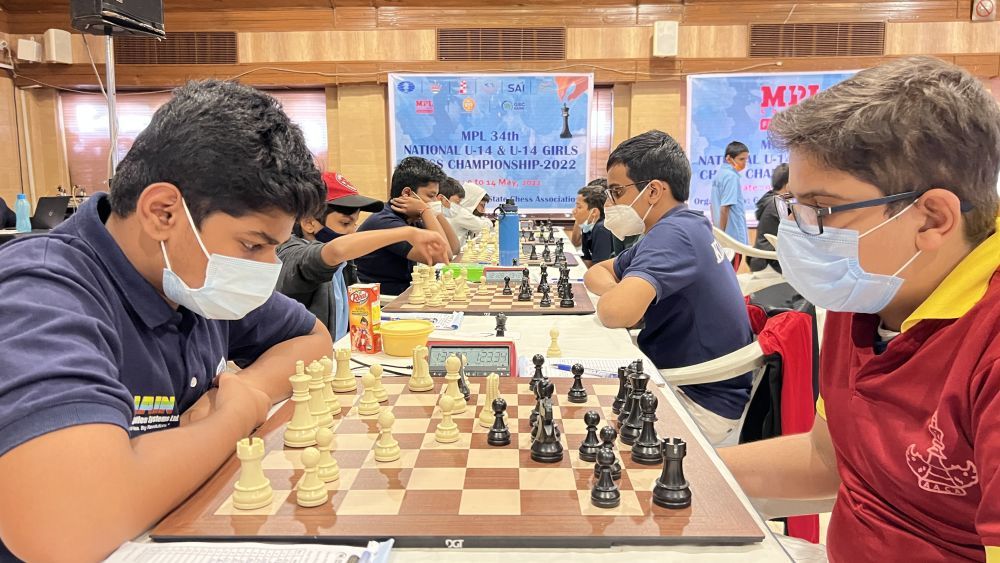 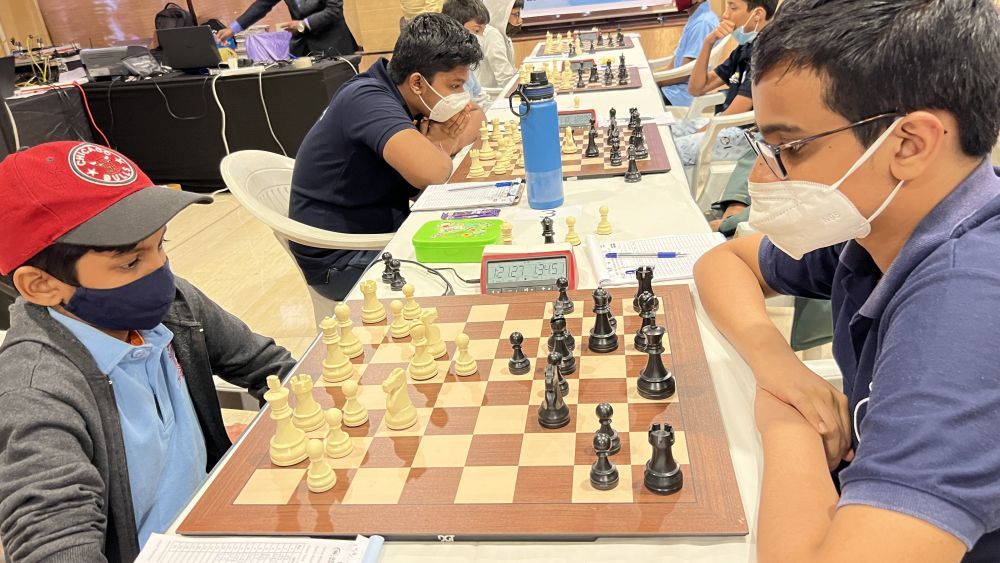 Anupam M Sreekumar (KER, 1673) got a substantial advantage in the middlegame after Shreya G Hipparagi (MAH, 1548) went for an incorrect pawn break at the center of the board. 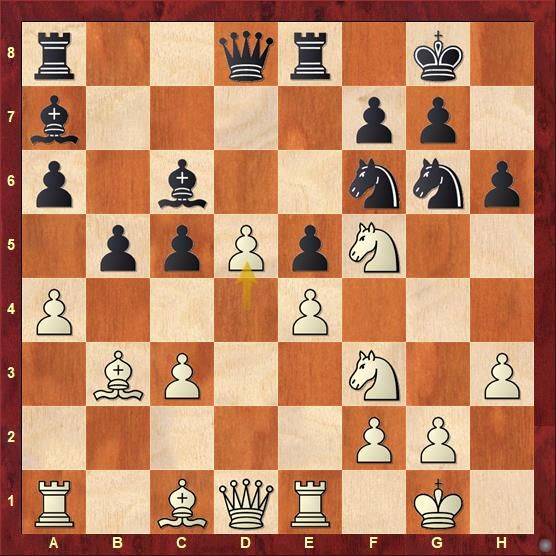 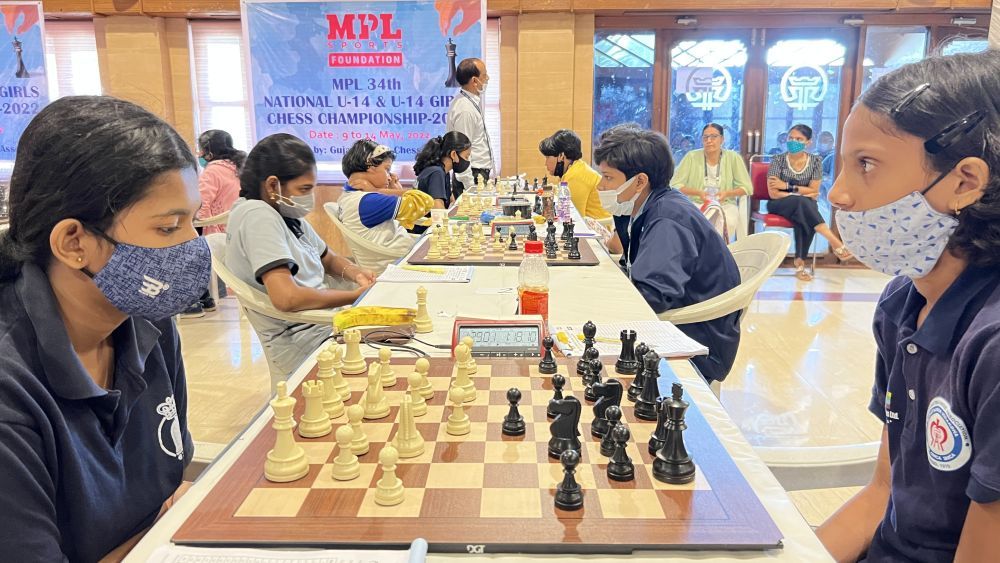 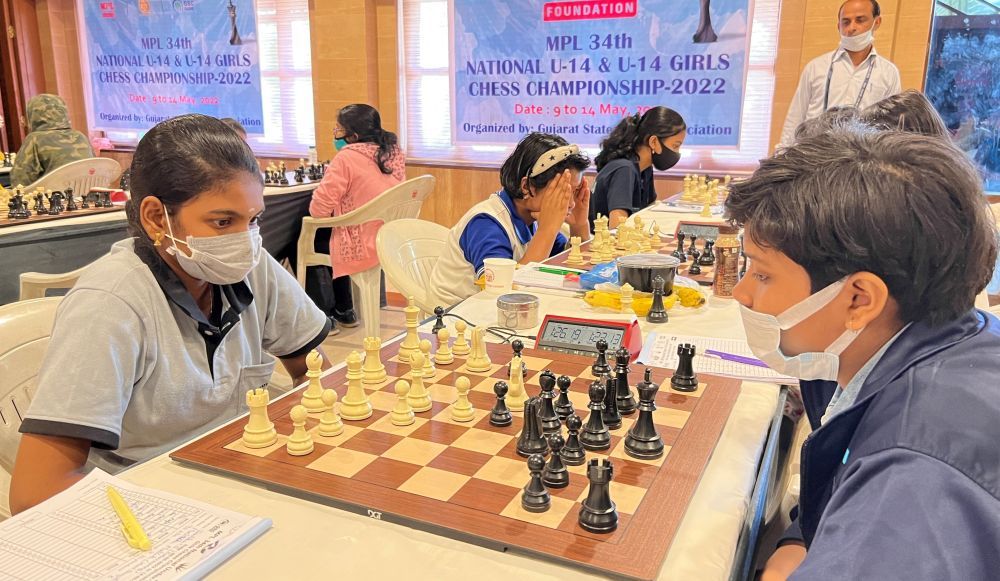 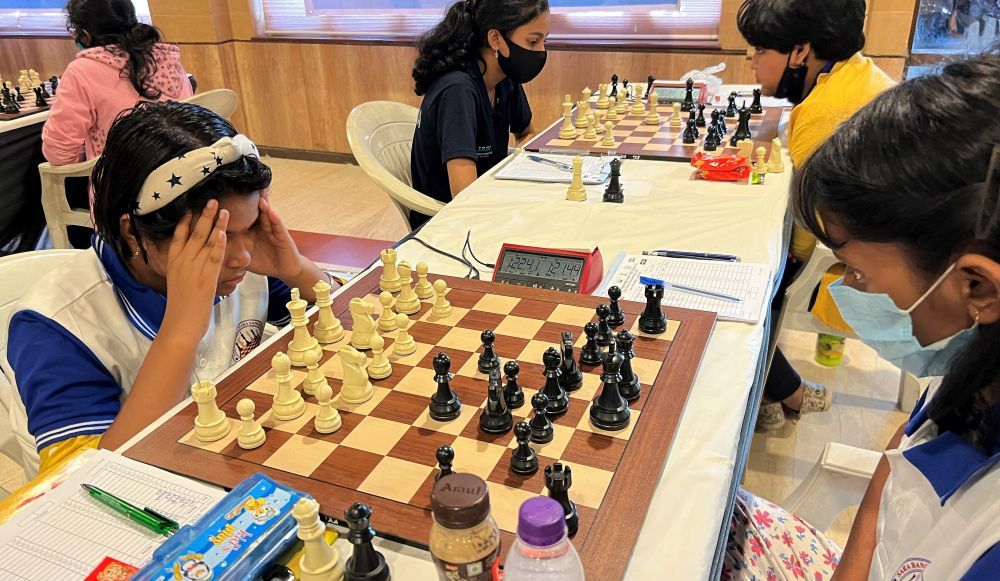 Sneha Halder could not seize her advantage and lost to her West Bengal statemate, Rajanya Datta | Photo: Aditya Sur Roy 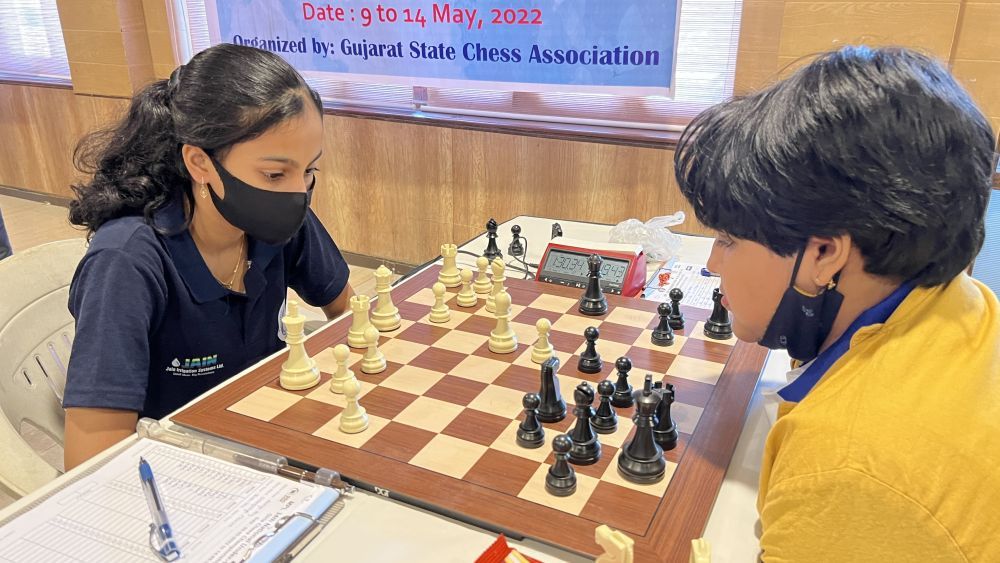 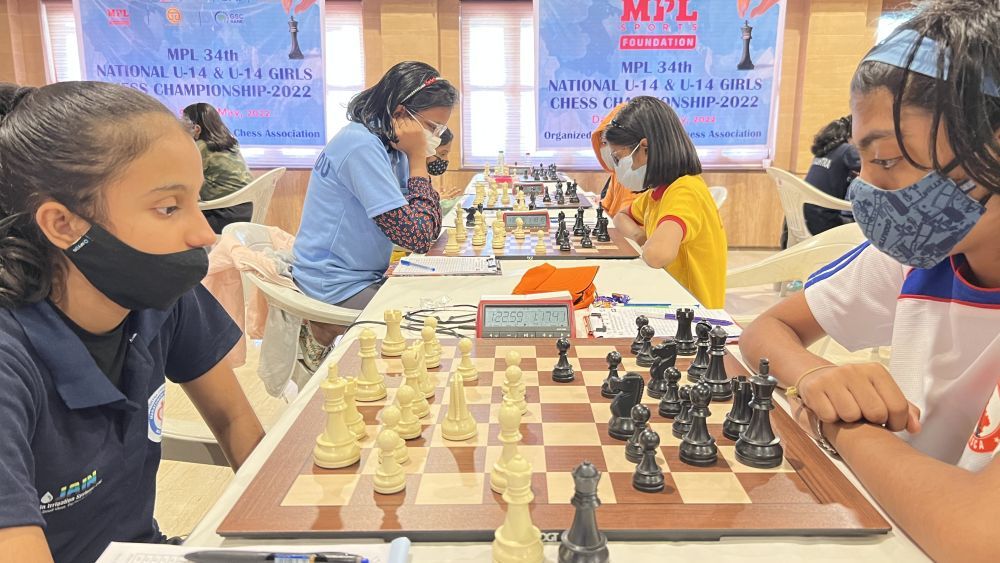 Sannidhi Bhat (MAH) is back in the title picture with a win over Manaswi Sanikommu (KAR) | Photo: Aditya Sur Roy 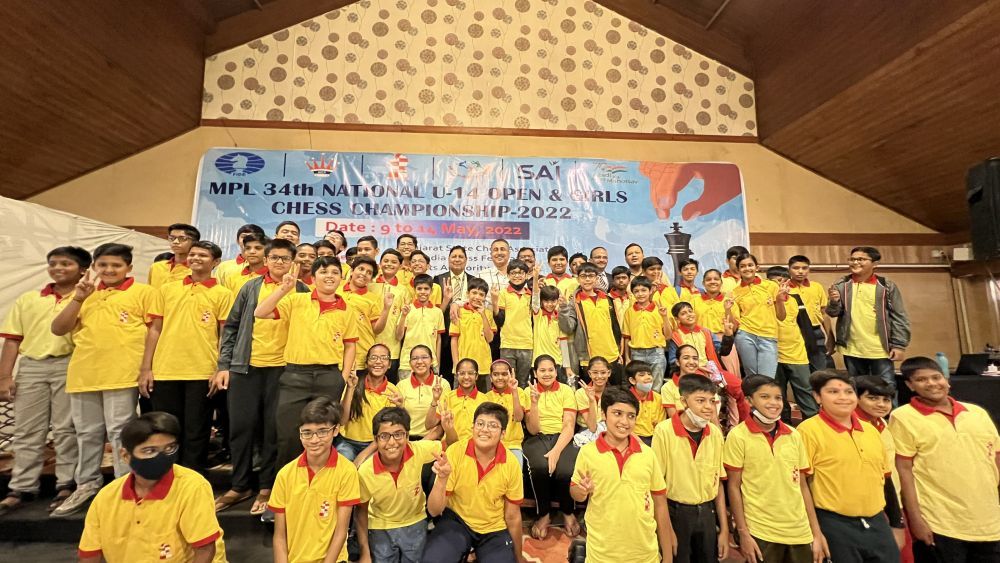 All players representing the Gujarat state at MPL 34th National Under-14 Open and Girls with the organizer and officials | Photo: Aditya Sur Roy

For more Round 7 and Round 8 photos, please click at the respective links.