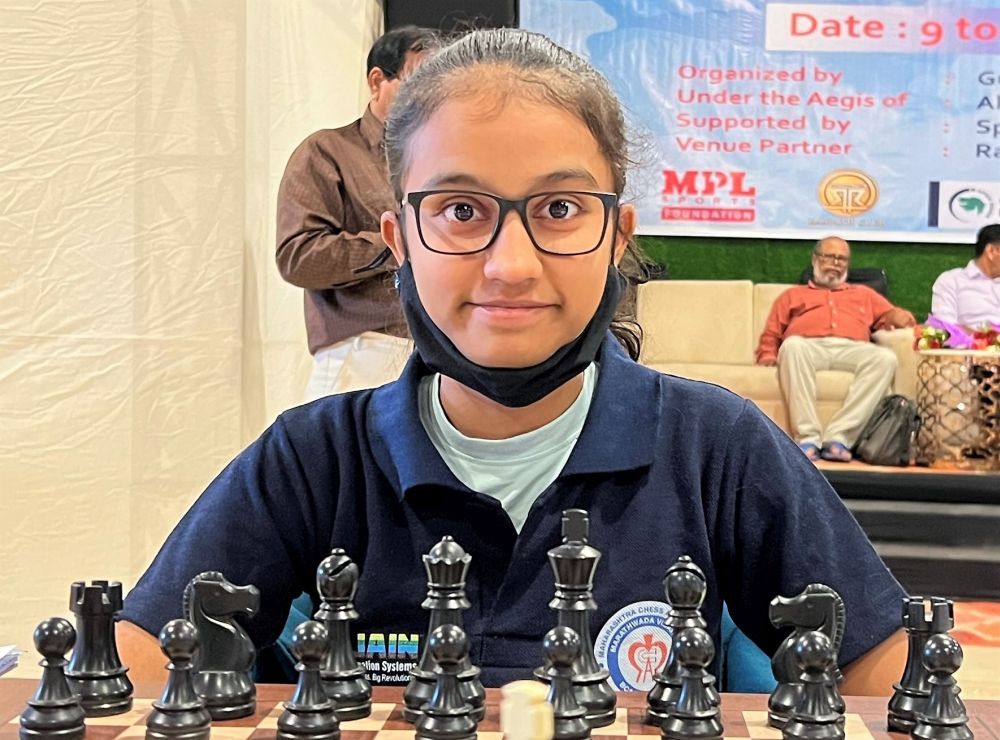 Reigning West Bengal State Under-14 Open champion Snehil Raj Singh (WB, 1545) made the most out of his opportunity against CM Mayank Chakraborty (ASM, 2015) 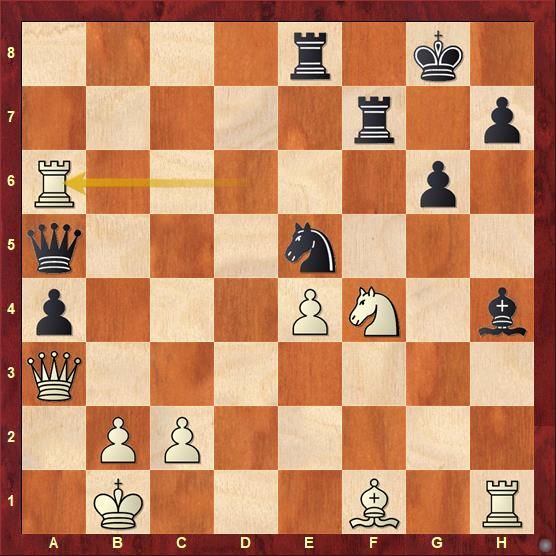 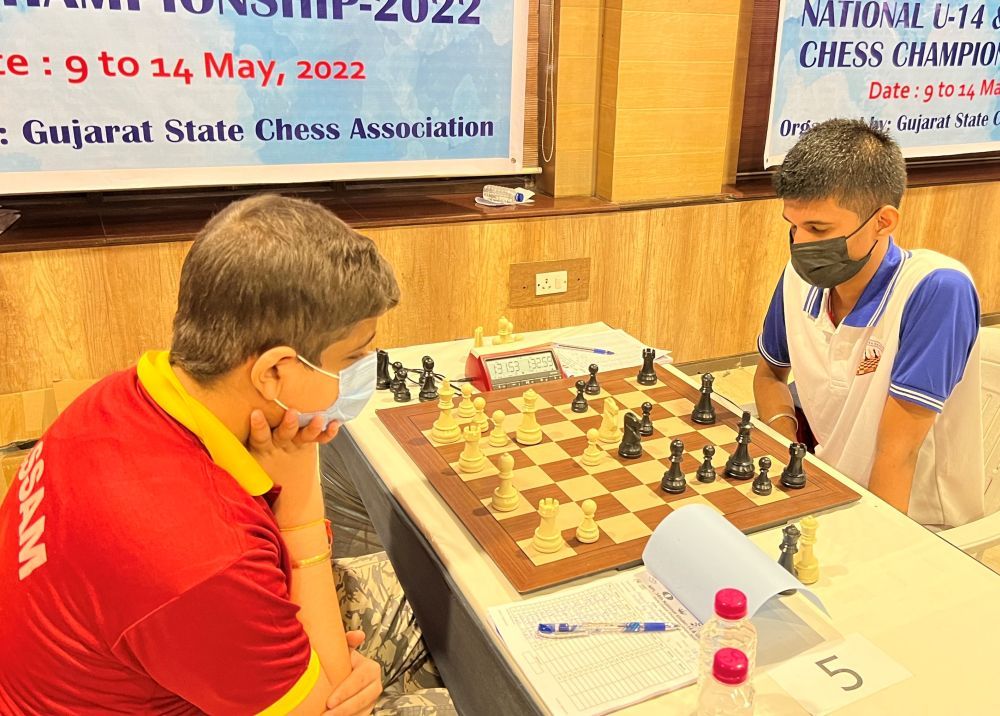 Things started falling apart quickly for the current Andhra Pradesh State Under-16 and Rapid champion, Md. Imran (2122) when he made an incorrect exchange. Thus, allowing his opponent John Veny Akkarakaran (KER, 1855) to invade through the second rank. 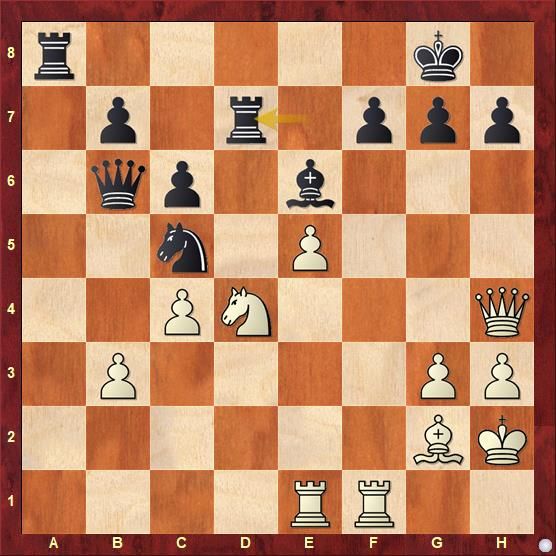 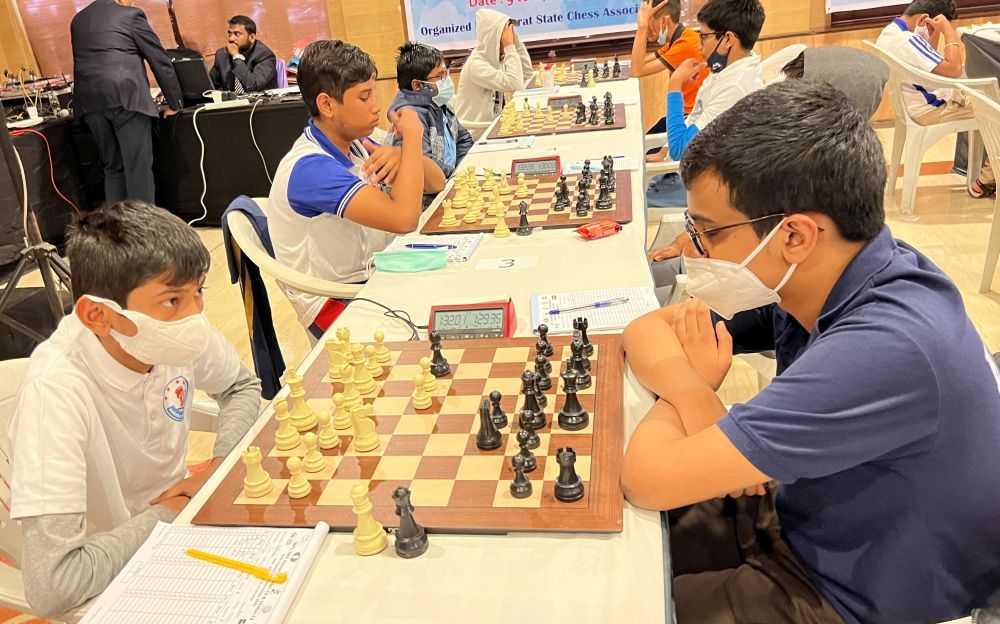 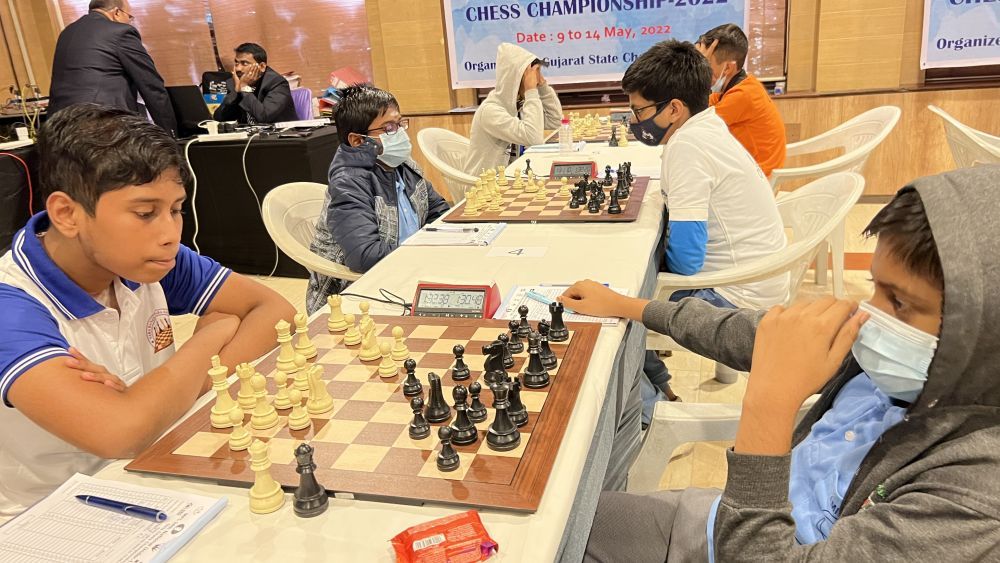 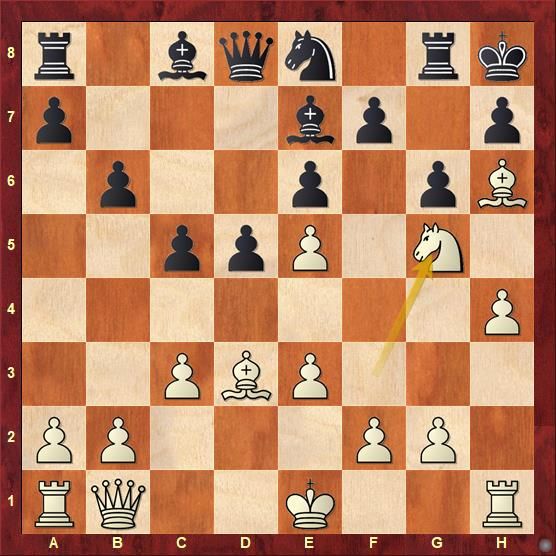 White got a dream position after 14.Ng5. There is not much left for Black to do here. Sannidhi converted her advantage into a win comfortably. 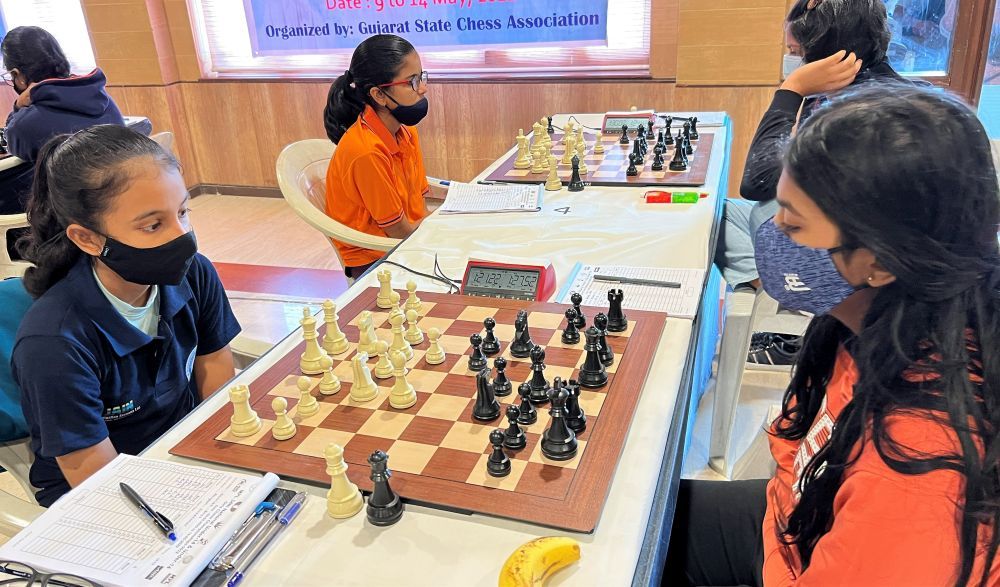 Sachi Jain's (DEL, 1768) all out attack on the kingside did not work out against Sannidhi Ramakrishna Bhat (MAH, 1373). 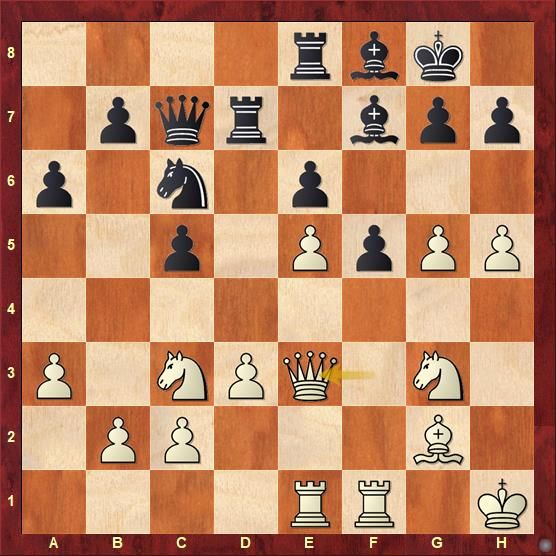 Black could have taken on e5 right away 32...Nxe5 as 33.Qxe5 runs into Bd6. However, she did it in another five moves. White's overstretched pawns became a target over time and Sannidhi had no trouble seizing her advantage.

Sacrificing a queen to promote another | Sachi Jain vs Sannidhi Ramakrishna Bhat, Round 4 | Video: ChessBase India 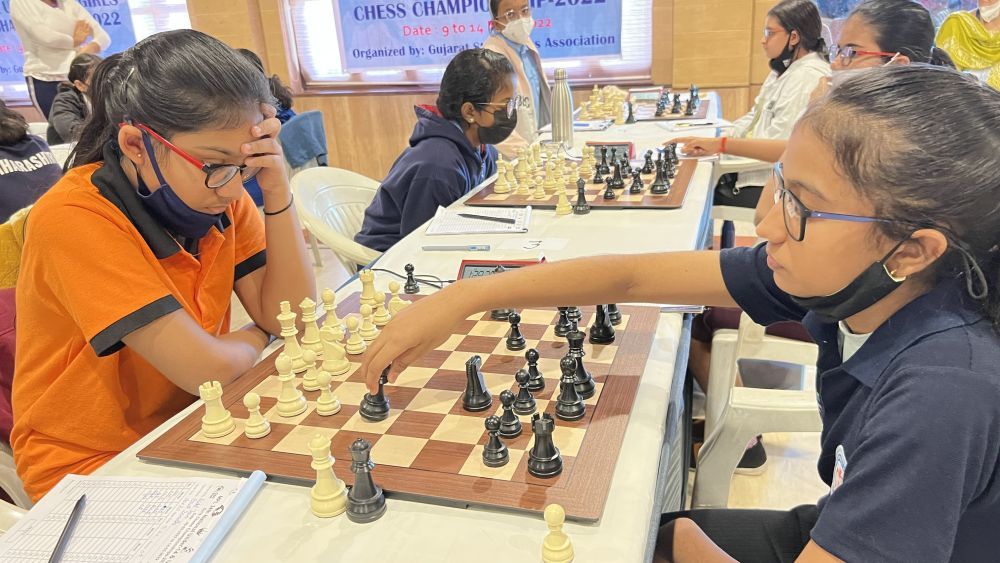 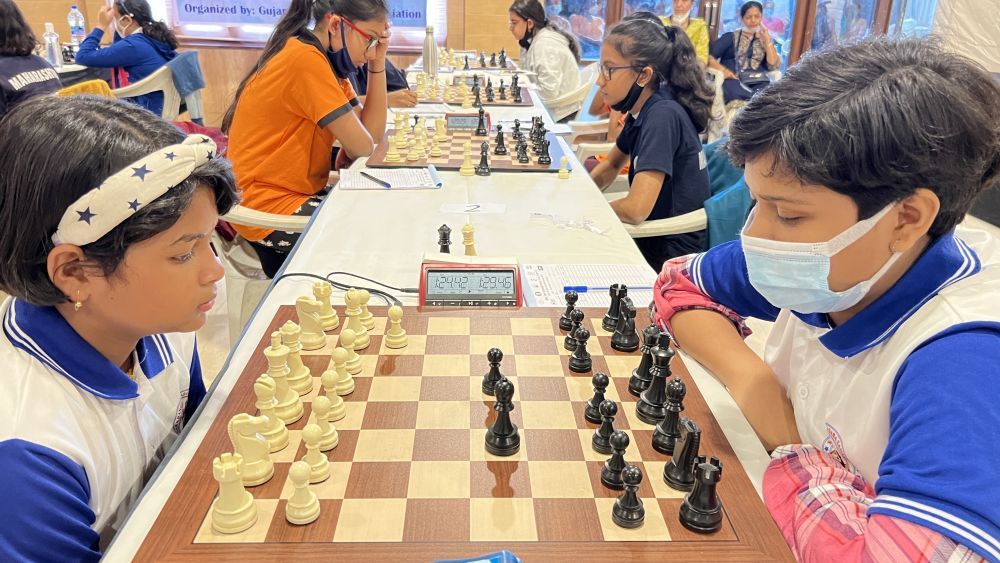 Top seed among the Girls, Mrittika Mallick (WB) drew with Sneha Halder (WB) despite being down by two pawns at one point | Photo: Aditya Sur Roy 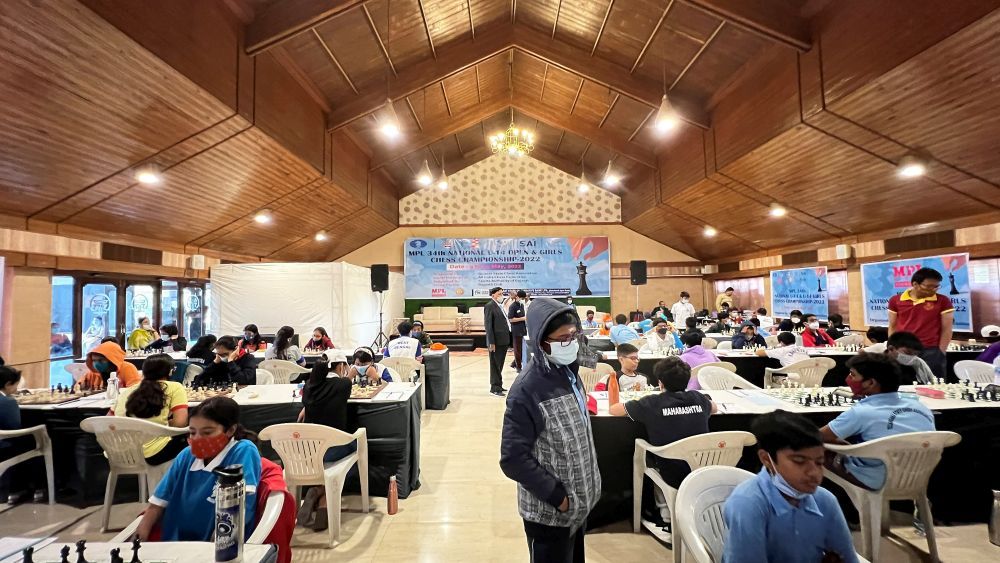 For more Round 3 and Round 4 photos, please click at the respective links.