What can we learn from Adhiban's watch incident

A game of chess comes to an end when a player checkmates his opponent or there is a stalemate on the board or when the player resigns or when there is a mutual draw agreement. Sometimes a participant doesn't turn up for a game and you have a walkover and a full point is given to the player who is present. These were the ways in which games were decided a few years ago. However, recently because of the technological developments, a new clause has been added where carrying any kind of electronic devices with you can lead to a loss. Mobile phones, smart watches, tablets, etc. are banned. However, what about an analog watch? That's not an electronic device. At the National Team Championships 2020, B. Adhiban was given a loss for wearing an analog watch. What exactly happened and why was this decision given? We find out.

Adhiban Baskaran (2654), one of India's top GMs, was playing on the top board for his team PSPB (Petroleum Sports Promotion Board) at the National Team Championships 2020. He played a fine game in round one and was rested for the second game. In round three he was back in action and was facing IM CRG Krishna (2443) from RSPB (Ralway Sports Promotion Board).

IM CRG Krishna had the white pieces against the beast | Photo: Gopakumar Sudhakaran

The game began with 1.d4 and Adhiban like always created some imbalance in the position right from the word go by pushing his h-pawn down the board!

CRG Krishna vs B. Adhiban, National Teams Round 3 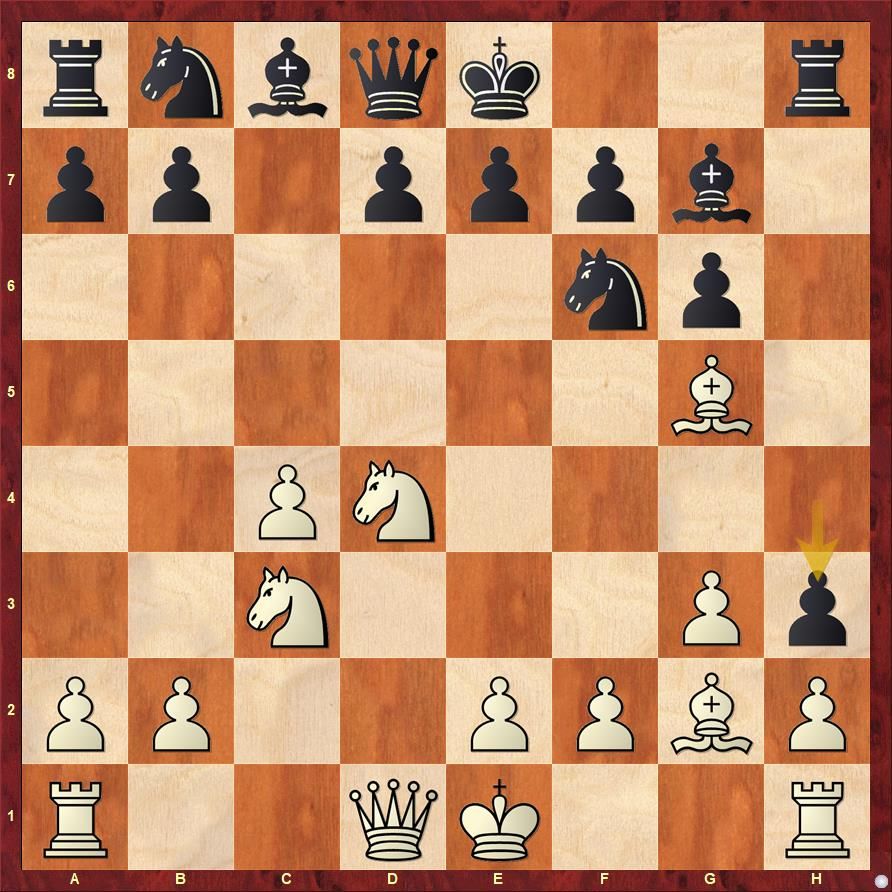 CRG Krishna replied with Bf3 in the above position and Adhiban replied with ...Nc6. This is when the live broadcasts paused and after a few minutes the result was given as 1-0.

Why did Adhiban lose the game?

The first thing that comes to your mind when you see a premature result like this is - there must be a broadcasting error. However, the result did not change and an investigation into the situation let us know that Adhiban had lost his game after making the move 9...Nc6. CRG Krishna noticed the watch in his opponent's hand and intimated the arbiter about the same. The arbiters played by the rules and gave Adhiban a loss. 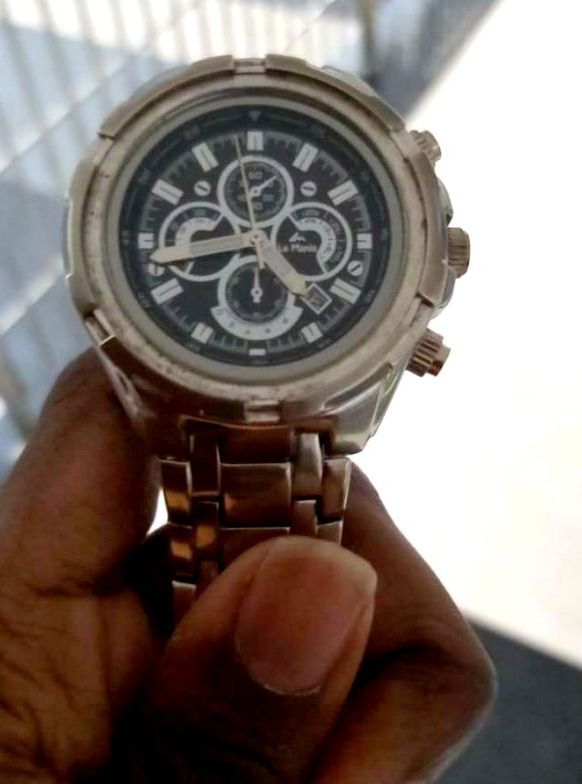 The watch that Adhiban was wearing during the game

Does wearing a watch lead to a forfeiture?

Let's have a look at the FIDE Arbiter's Manual:

According to the point 11.3.2.1 of the Anti Cheating rules a player is forbidden to have any electronic device not specifically approved by the arbiter in the playing venue. According to point 11.3.2.2 if a player has such a device then the opponent shall win. However, the regulations of an event may specify a less severe penalty than a loss. What makes Adhiban's case interesting is that fact that the watch he had worn was not an electronic one. It was an analog watch. How did the arbiters give him a loss then?

A few years ago, when the rule 11.3.2.1 was implemented by FIDE the arbiters all across the country were faced with several instances where they had to decipher an analog watch from an electronic one. Logically if a watch had batteries in it, it would become an electronic one. But it was not always easy to segregate the two. In order to make things less complex and avoid unnecessary appeals, AICF in its Central Council meeting came up with the clause that no watches will be allowed in tournaments. FIDE mentions only electronic device, but AICF went a step further and restricted the use of all watches.

It is interesting to note that the regulations of the event (National Teams 2020) that are published on the AICF website do not specifically mention this rule. However, as was confirmed by the arbiters this rule was discussed in the player's meeting before round 1 began.

Speaking to ChessBase India after the incident, Adhiban said, "I just came back from Gibraltar. At the Gibraltar masters there was no such rule about wearing of a watch and all kinds of watches were allowed. I was completely jetlagged and forgot about the watch rule. My opponent claimed the win and there was nothing I could do about it." Unlike a walkover, a loss due to the watch rule affects your rating and Adhiban lost 7.7 Elo points. At a rating of 2654, that's quite a bit. However, as always Adhiban was positive and said, "I am happy that my team won the match (PSPB won by a score of 2.5-1.5) in spite of my loss. I am playing good chess and that is more important to me than rating points." Adhiban also pointed out that no watches were allowed at World Rapid and Blitz and also at the Olympiad in 2018. However, when he played events like Tata Steel Masters or Gibraltar or any other top tournaments, there had been no issue related to the watch. "I hope this will be the last case in India when it comes to a loss due to wearing a watch", says Adhiban. "Players should learn from my incident and not lose a point." Many people have lost their game in India due to the watch rule. Adhiban is the first Indian GM casualty. Earlier Martyn Kravtsiv had lost in a similar incident at the KIIT Open in 2018 | Photo: Gopakumar Sudhakaran

What can we learn from the episode?

People have become very careful about carrying a mobile phone with them to the game. Everyone takes enough precaution that they either leave their mobile phones in the room or to give them to the arbiter before the game. However, when it comes to the watches, there isn't the right amount of awareness. The safest thing to do would be to not wear a watch to any of the games that you play in India. However, in case you are keen to wear your watch, then you must read the regulations carefully and attend the player's/technical meeting before the start of the tournament and get this point cleared with the arbiter. A small carelessness can make a huge impact to your tournament standing. Let us all learn from Adhiban's loss.

A special thanks to IA Gopakumar Sudhakaran for his valuable inputs to the article.