GM Vishnu Prasanna scored a fantastic 9.5/10 to win 4th Shaastra Rapid Rating Open 2020. He finished a half point ahead of the competition. GM Deepan Chakkravarthy secured second position with a score of 9.0/10. Twelve players finished at 8.0/10. GM Priyadharshan Kanappan was placed third according to the tie-break scores. Total 439 players including 7 GMs, 11 IMs, a WGM and 2 WIMs participated in this two-day event organized by Shaastra IIT Madras at IIT Madras on 22nd and 23rd February 2020 making it the strongest and biggest edition in the tournament's history. Photo: Shahid Ahmed 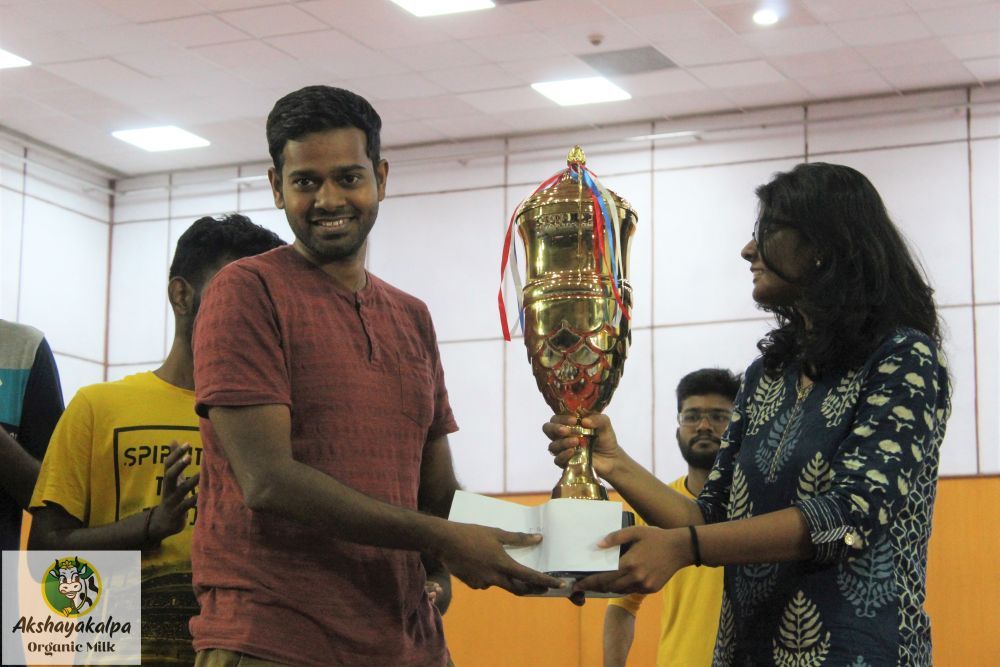 Vishnu finished sixth in the first edition, second in the second edition, skipped the third edition and now won the fourth edition.

GM Vishnu Prasanna talks about his performance and much more | Video: Shahid Ahmed

Here are Vishnu's two of the toughest games as mentioned by him against Srinath and Priyadharshan in Round 8 and 9 respectively.

Despite GM Deepan Chakkravarthy losing his fourth round game against CM Nikhil Magizhnan, Deepan made a strong comeback and won his next six games to finish second with 9.0/10. 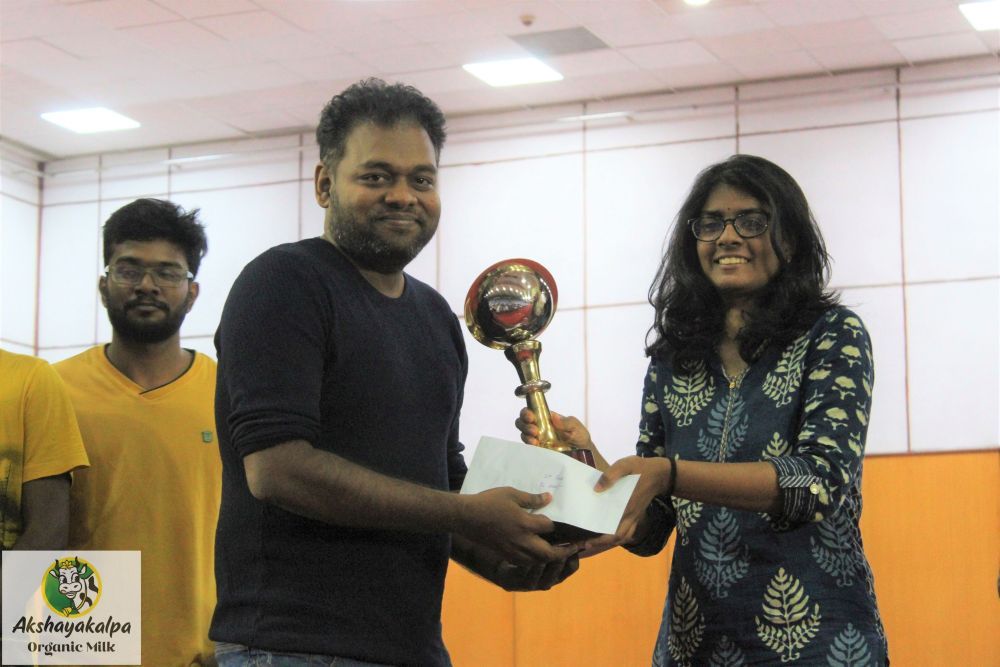 In the final round, Deepan beat Kidambi, scoring his sixth consecutive win to finish at second position.

GM Priyadharshan Kannappan made a brilliant start with 7.5/8 and he was in the joint lead with the eventual champion, GM Vishnu Prasanna. In the penultimate round, he lost against Vishnu and made a draw in the final round against IM P D S Girinath to secure third position with a score of 8.0/10. 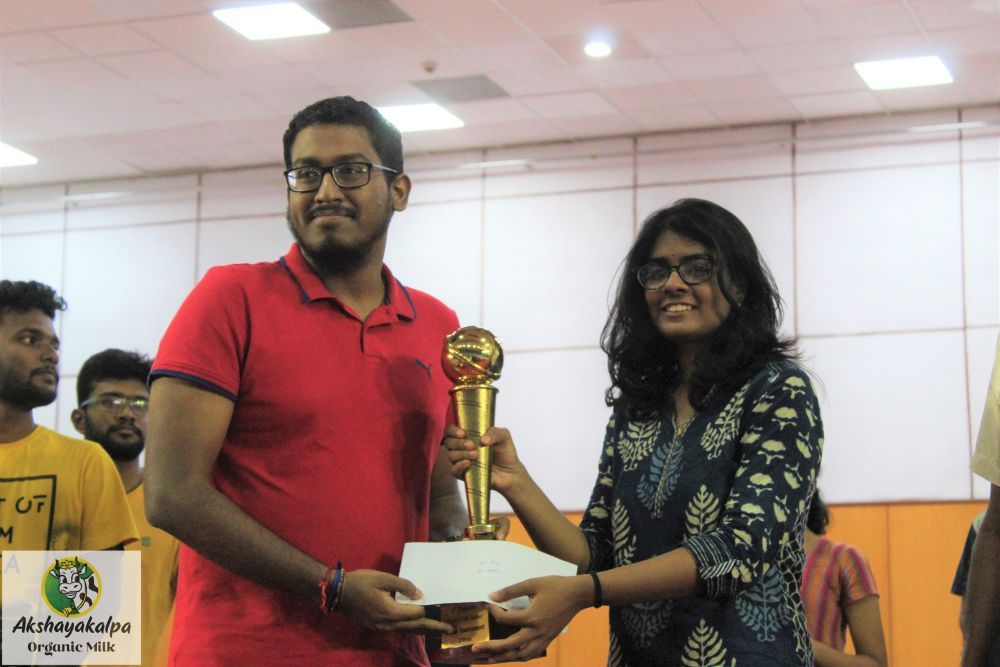 His best win was against former National Blitz champion IM D K Sharma in Round 8.

One of the organizer of the event, an IIT Madras alumni, Nitin M Pai beat WGM Nandhidhaa P V in the eighth round as she ran out of time.

I made my debut at the chess capital of India, Chennai and scored 8.0/10 to finish overall 14th, won 2nd position rating category (1500-1999) prize. My last round game against IM P Saravana Krishnan, who won the first edition of this tournament, was my favorite one. I must say that my opponent is an absolute gentleman for not starting the clock until I arrived at the board. I generally took a minute or two to reach my board in each round as I was taking photographs before the start of each round.

I managed to get a fantastic position in the middle game and we reached this position. 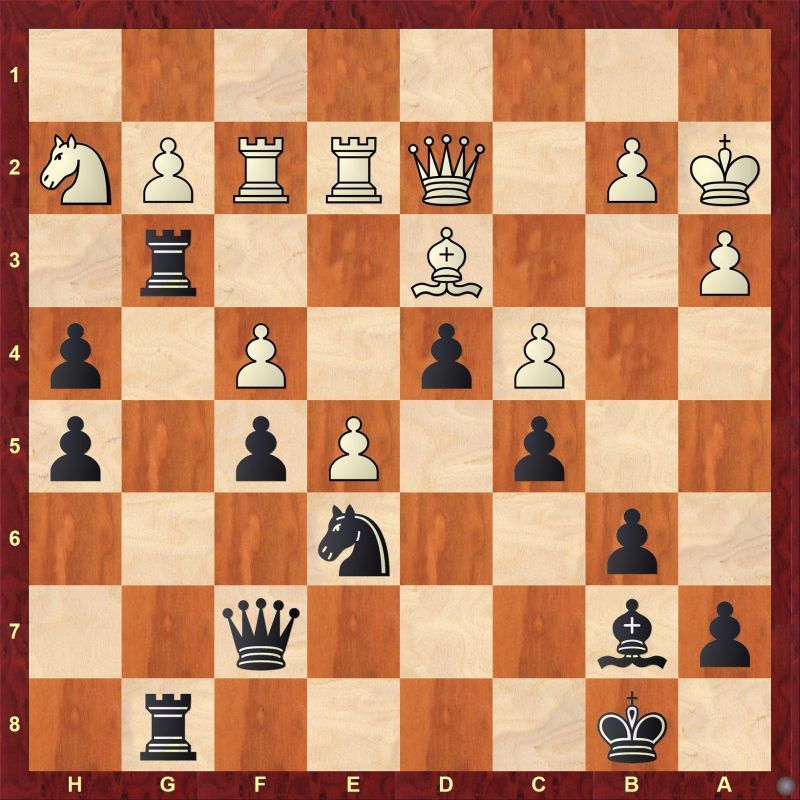 Find out the winning plan for black here 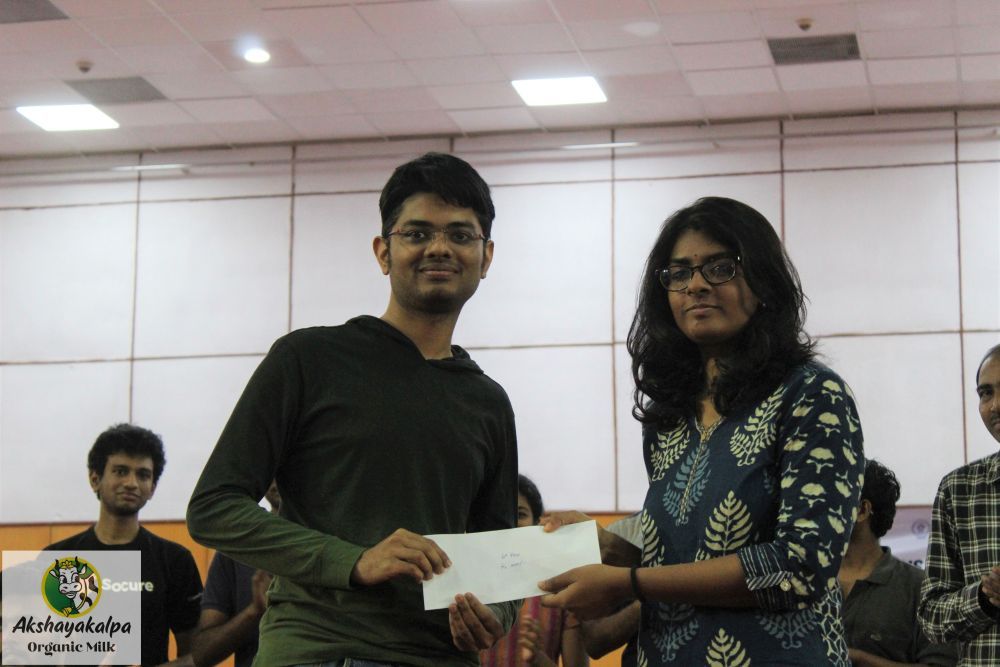 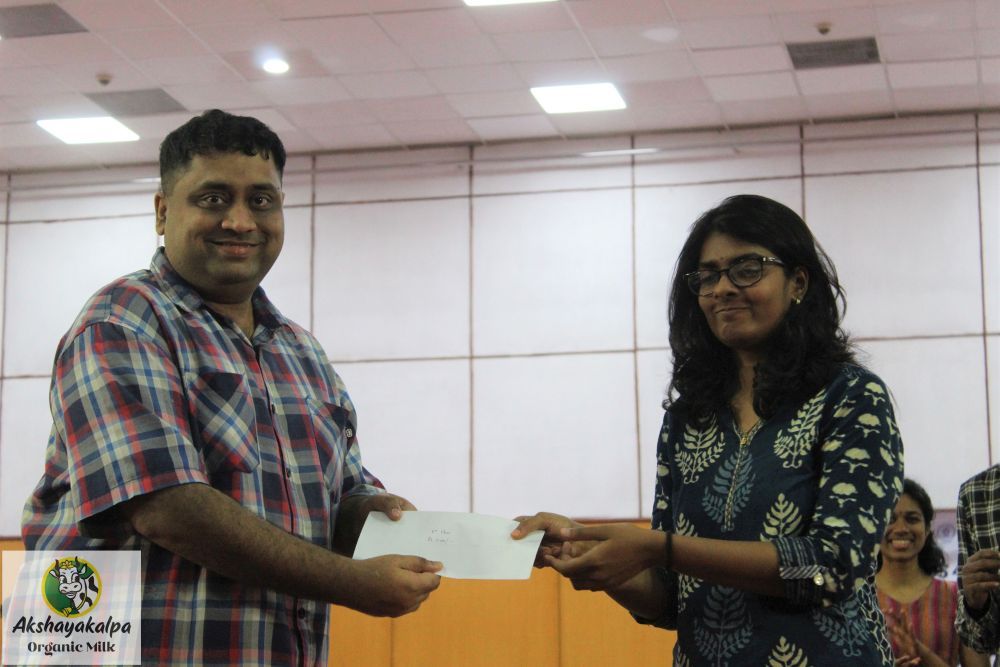 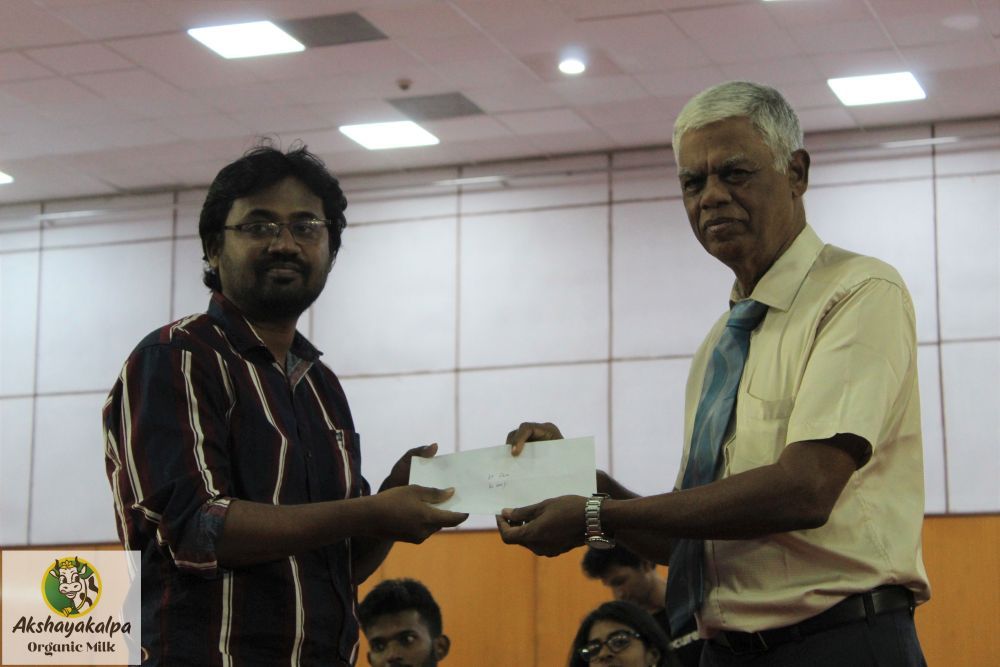 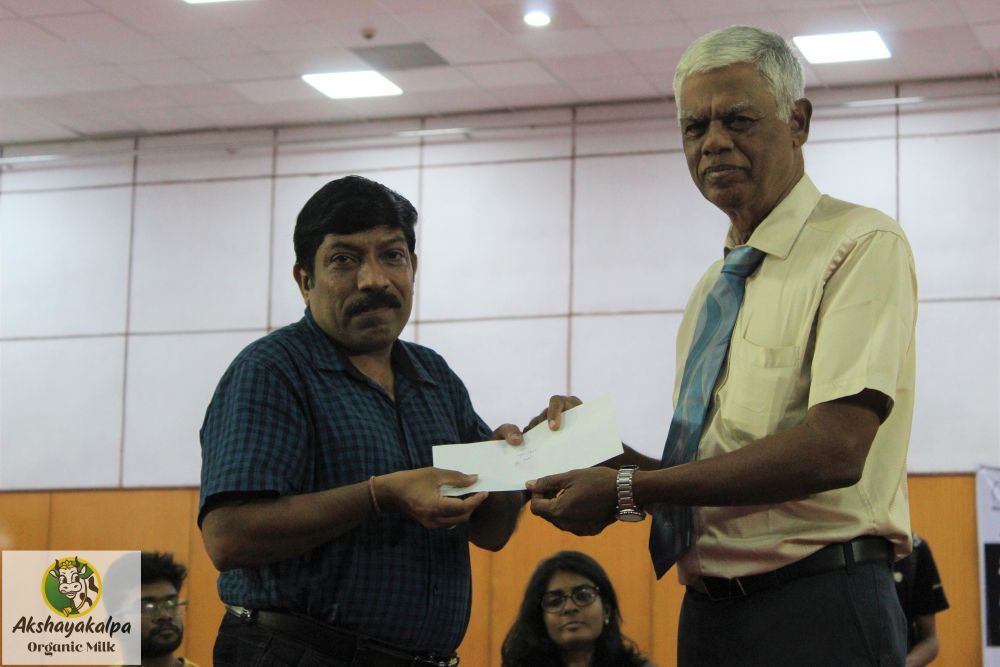 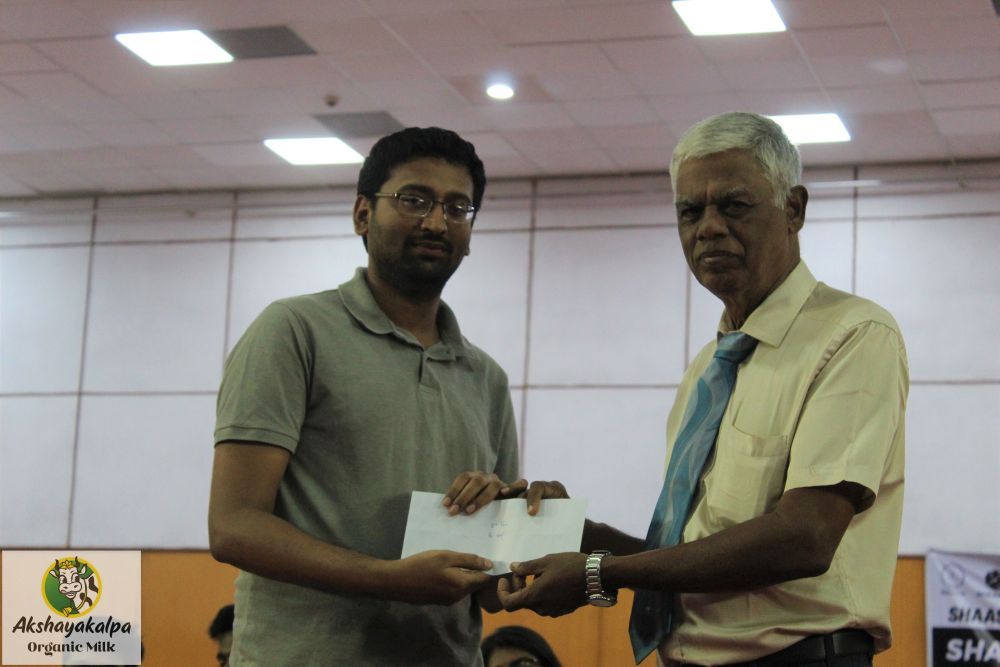 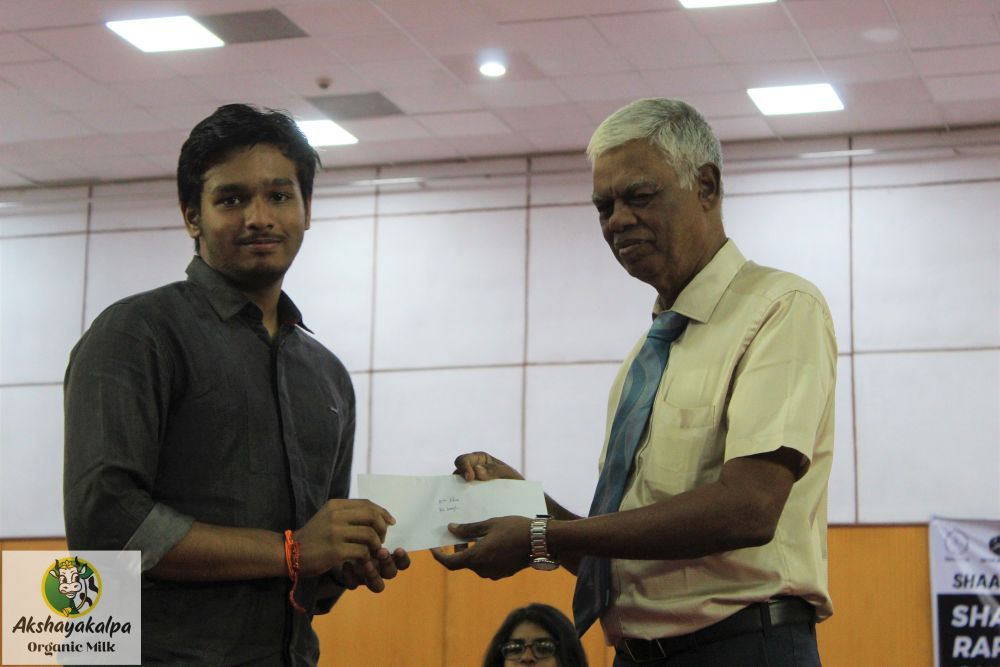 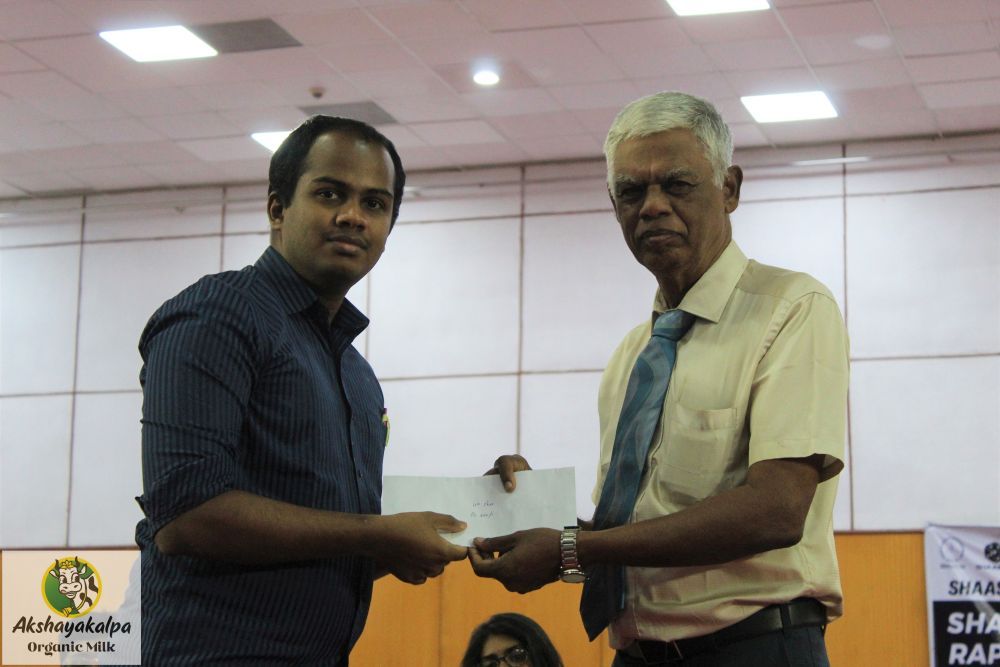 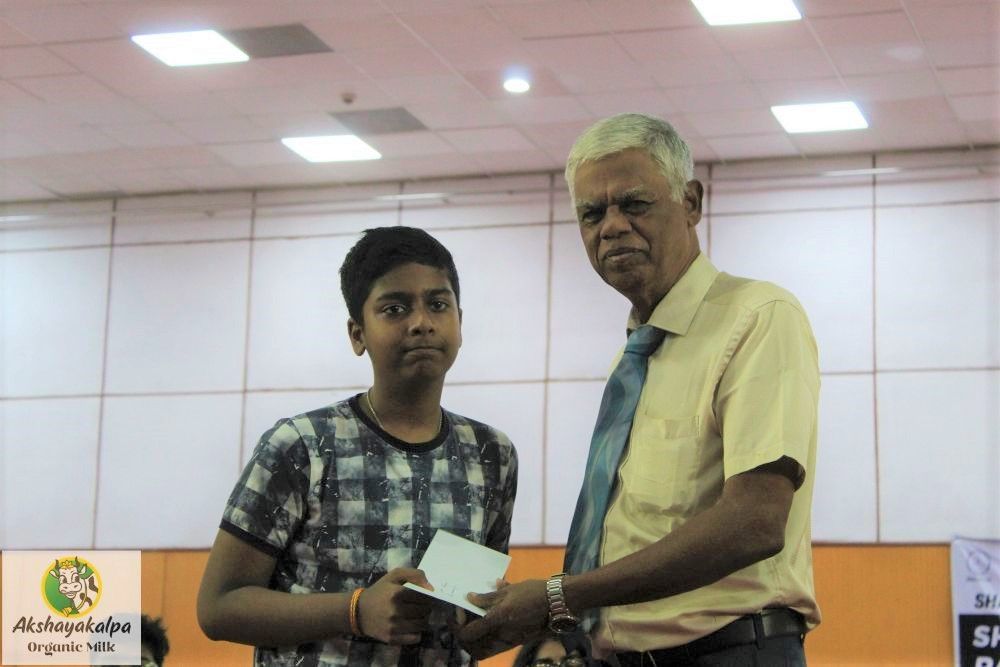 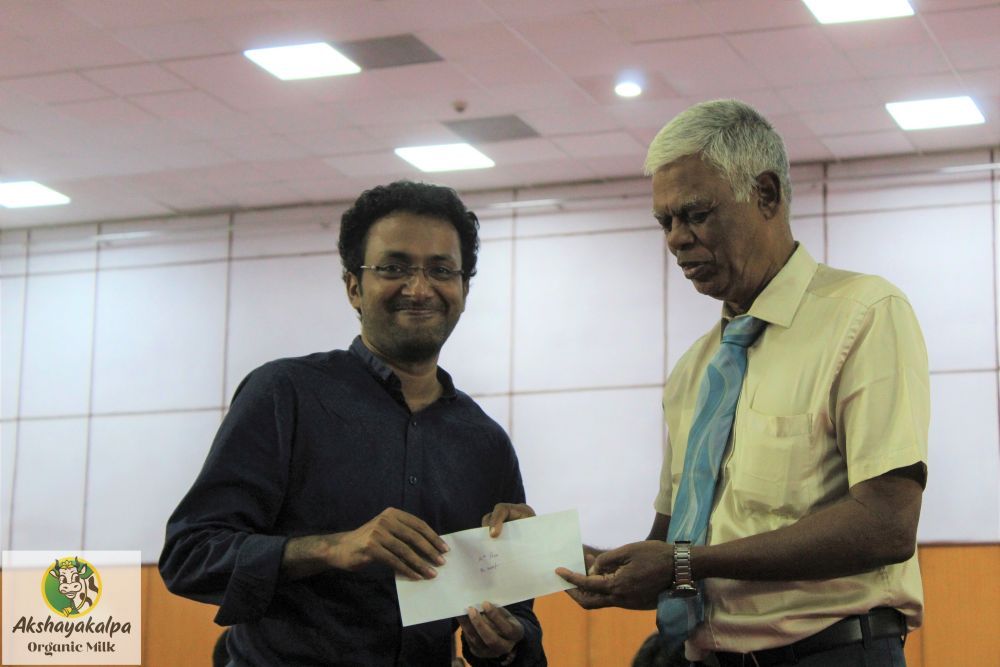 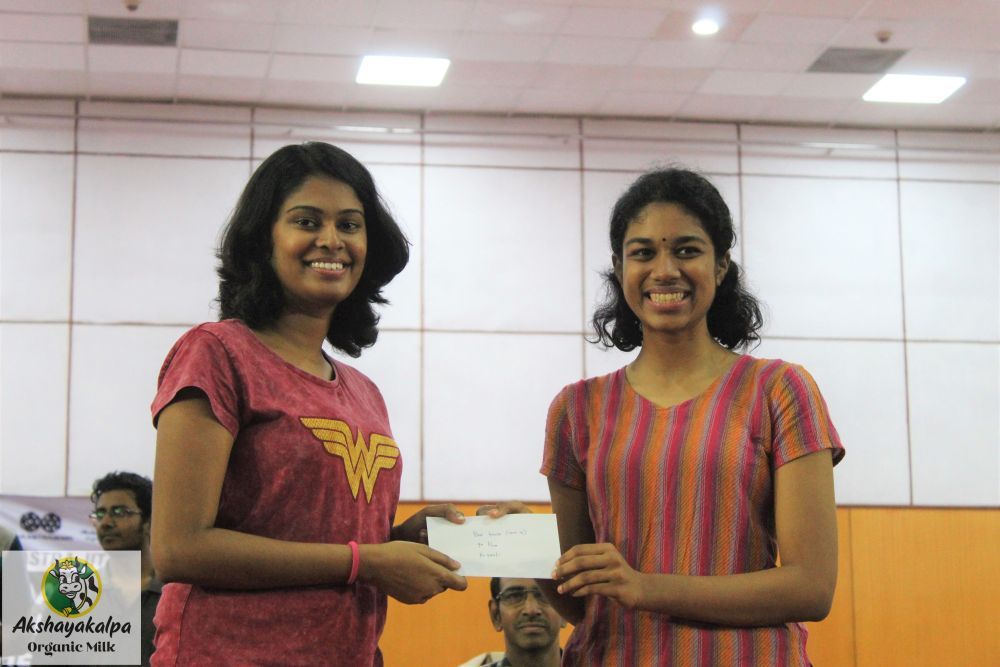 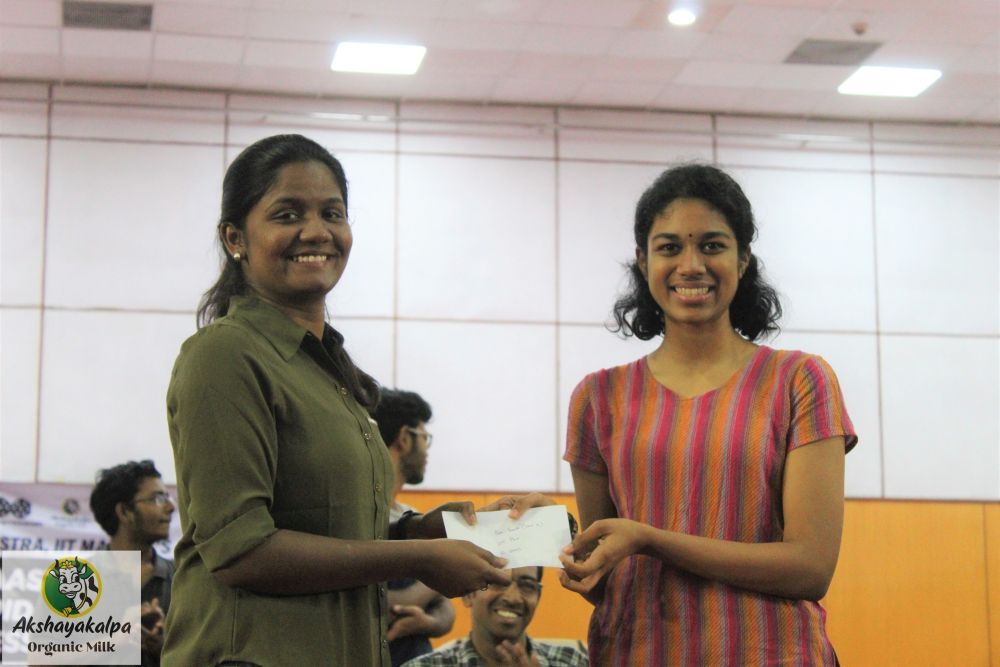 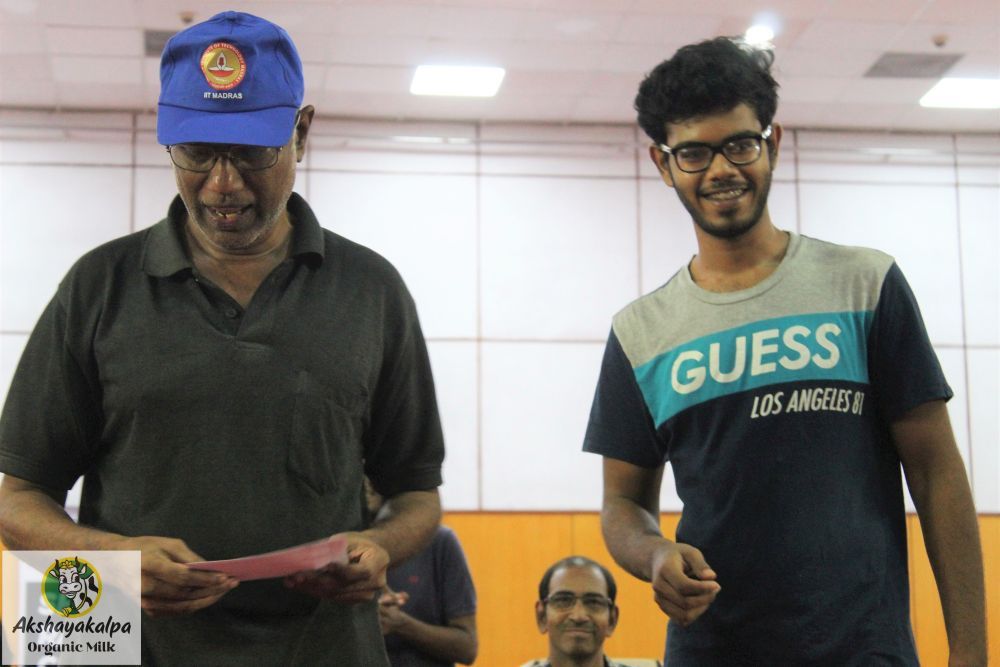 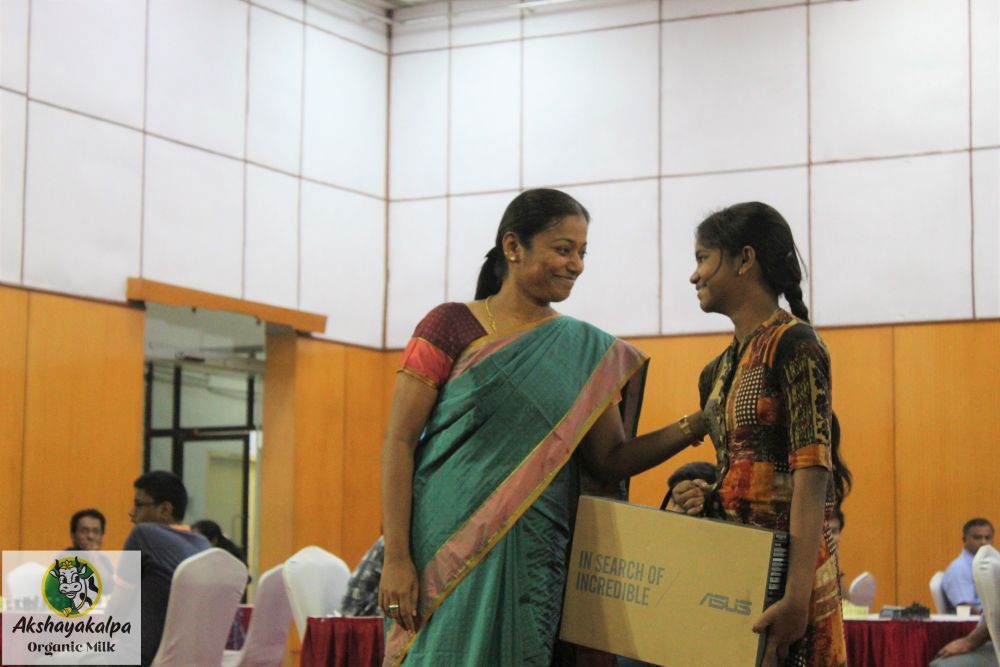 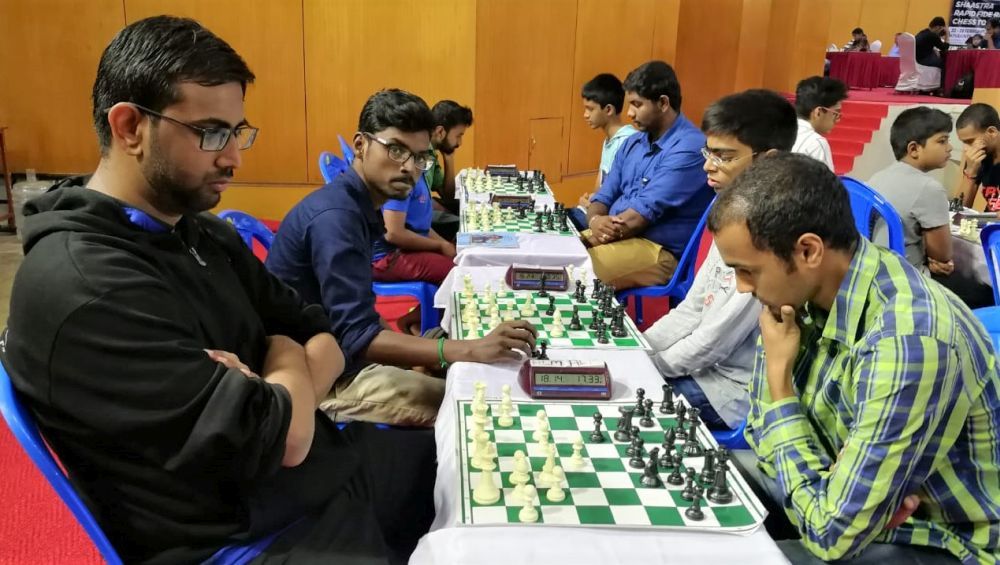 Two former Chess Captains of IIT Madras, teammates and co-organizers faced each other in round 6 | Photo: Shaastra IIT Madras
Knowing how to checkmate with Bishop and Knight is absolutely important when you go for a strong rapid tournament | Photo: Shahid Ahmed 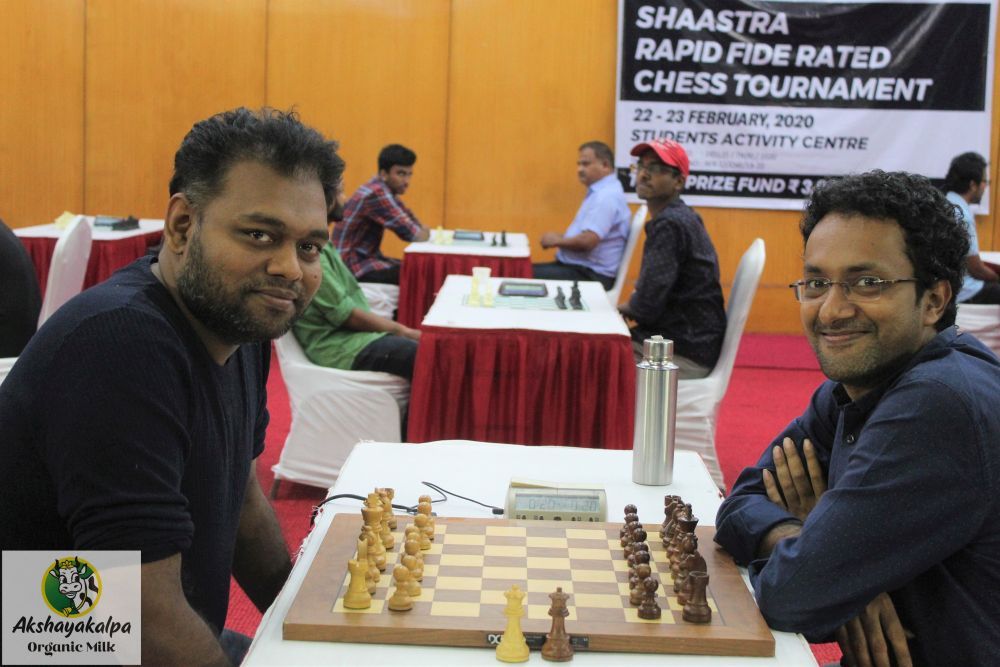 Why you must play this event

You might have missed this tournament for various reasons, but let me give you a few reasons why you should not miss the next edition. 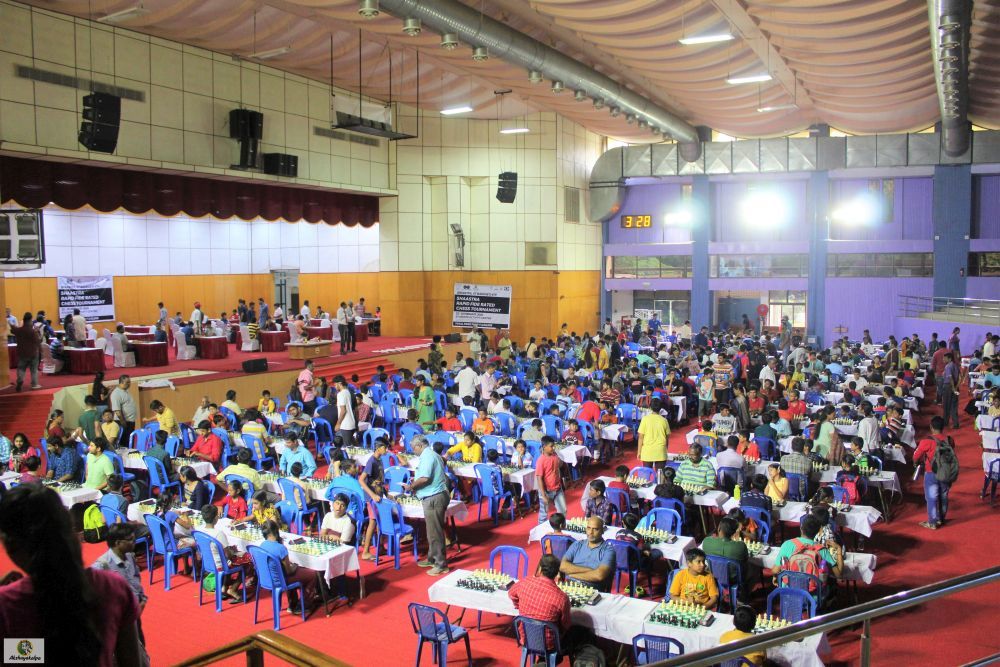 The auditorium is huge and it can easily accommodate 500+ players | Photo: Shahid Ahmed 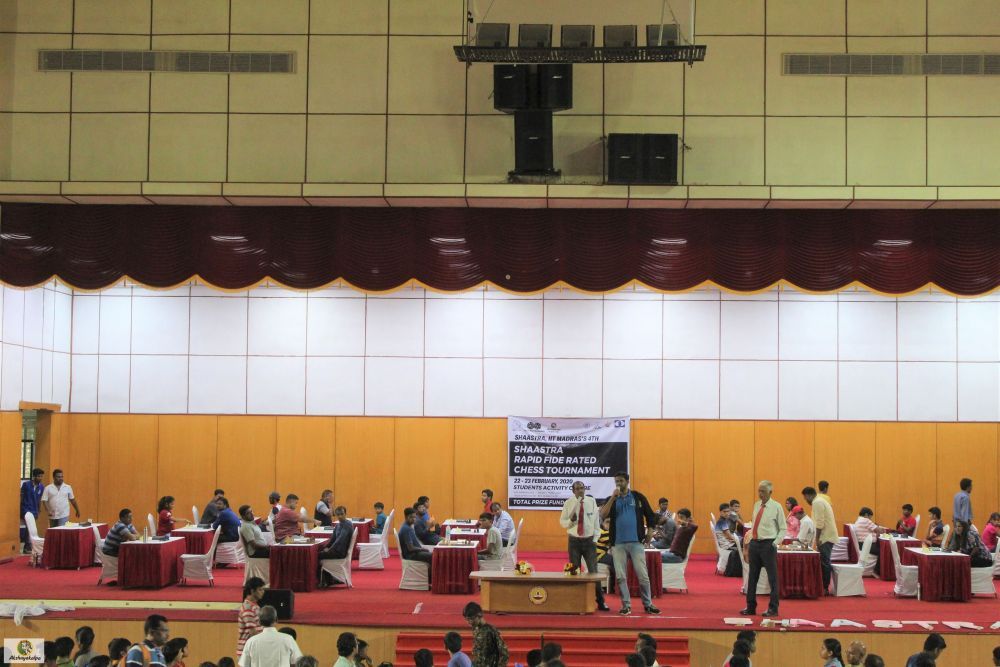 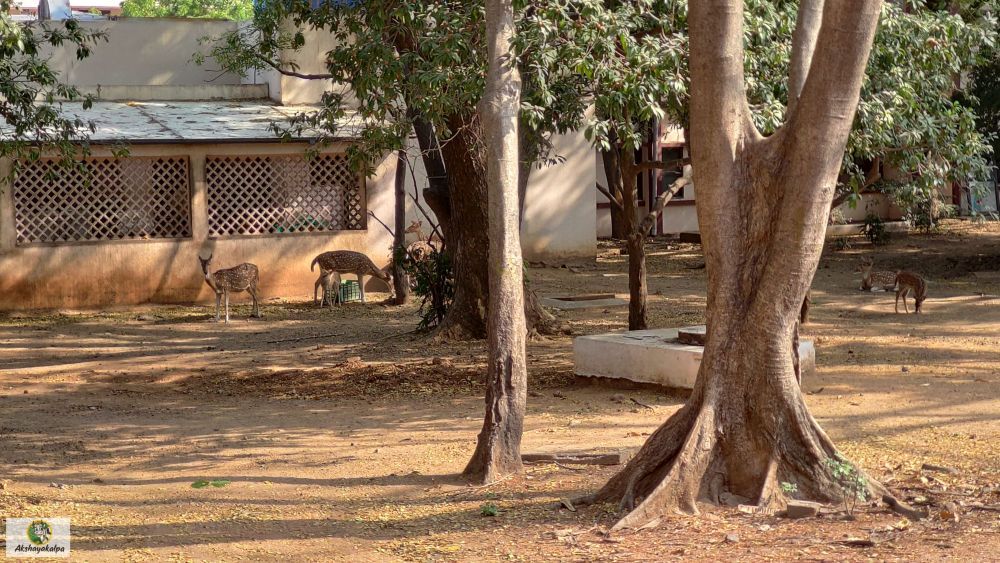 You will feel very close to the nature as you will often spot deer roaming around freely | Photo: Shahid Ahmed 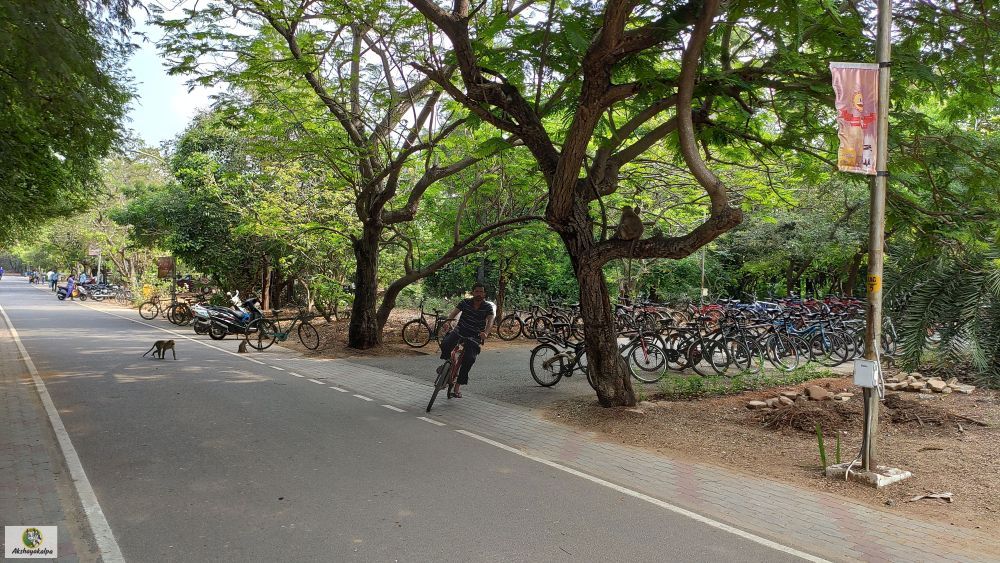 If you are still not amused then monkeys will definitely amuse you when you are least expecting them | Photo: Shahid Ahmed 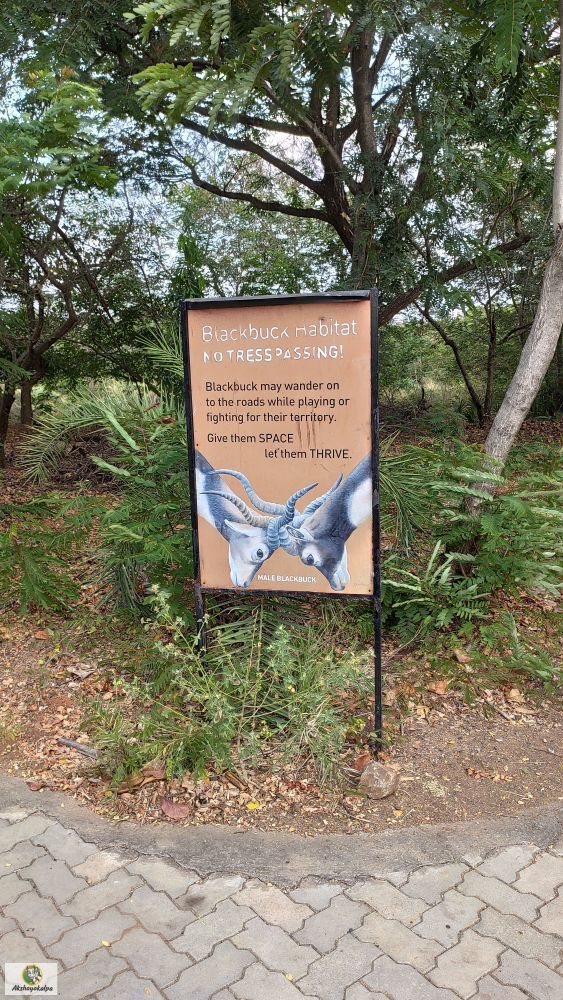 Of course the institute cares about all the wild animals | Photo: Shahid Ahmed

The two-day Rapid Rating Open witnessed the total participation of 439 players comprising of 7 GMs, 11 IMs, a WGM, 2 WIMs, 3 FMs and a WFM. It is the strongest edition in this tournament's nascent history and perhaps one of the strongest rapid rating tournament in the country of this year. The tournament is organized by Shaastra IIT Madras at IIT Madras on 22nd and 23rd February, co-sponsored by Akshayakalpa and nurtr.