Nepomniachtchi is the Second Finalist at Moscow GP

Ian Nepomniachtchi of Russia will face his compatriot, Alexander Grischuk, in the final of the Moscow Grand Prix starting on Monday. Getting there was not easy. One day after Grischuk qualified for the final by beating Hikaru Nakamura of the United States in the regulation portion of their match, Nepomniachtchi needed to overcome Radoslaw Wojtaszek of Poland in tie-breaker games to advance. It turned out to be the longest tie-breaker of the tournament. Both rapid games ended in draws, necessitating two more games at a faster time control of 10 minutes per player, with 10 seconds added to the time after each move. After the first game in the faster format ended in a draw, Nepomniachtchi finally prevailed in the second game, clinching the match. Photo: World Chess

It's Grischuk vs. Nepo at Moscow GP finals

The knockout format is new this year and it has produced some exciting and tense games. Indeed, Nepomniachtchi was on the ropes in the first rapid game, in which he had Black. 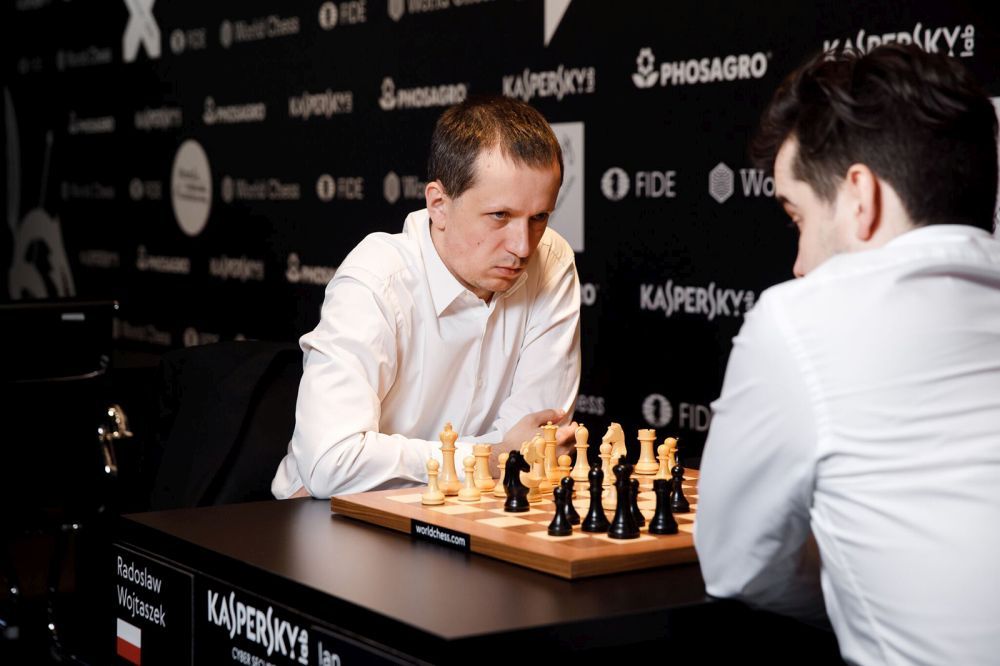 Wojtaszek had his eyes on Nepo | Photo: World Chess

While he made no really obvious error, by Move 18, Wojtaszek had a comfortable space advantage and a clear line of attack on the queenside. 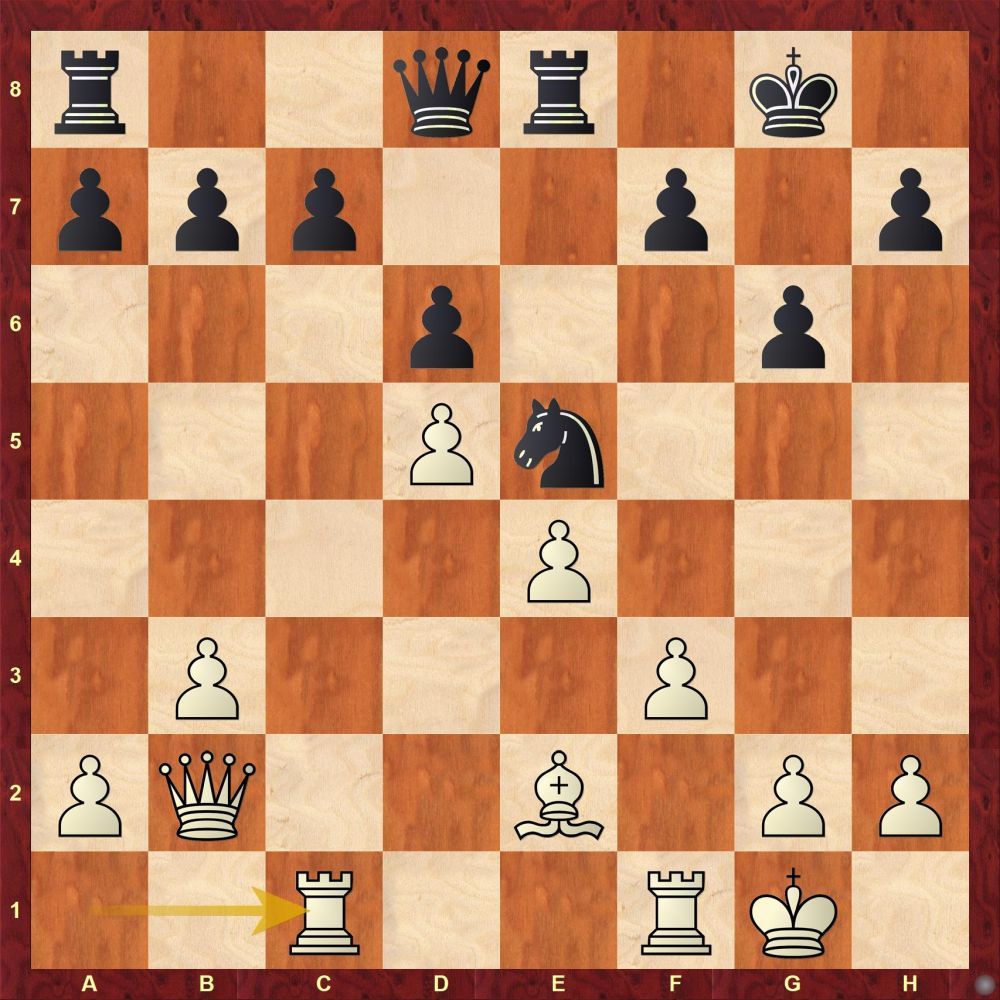 Wojtaszek has an open c-file

He built up his position methodically, but at the critical moment, he elected not to win an exchange by playing 24 Bc6, instead opting to recapture a pawn with 24 Qe5. 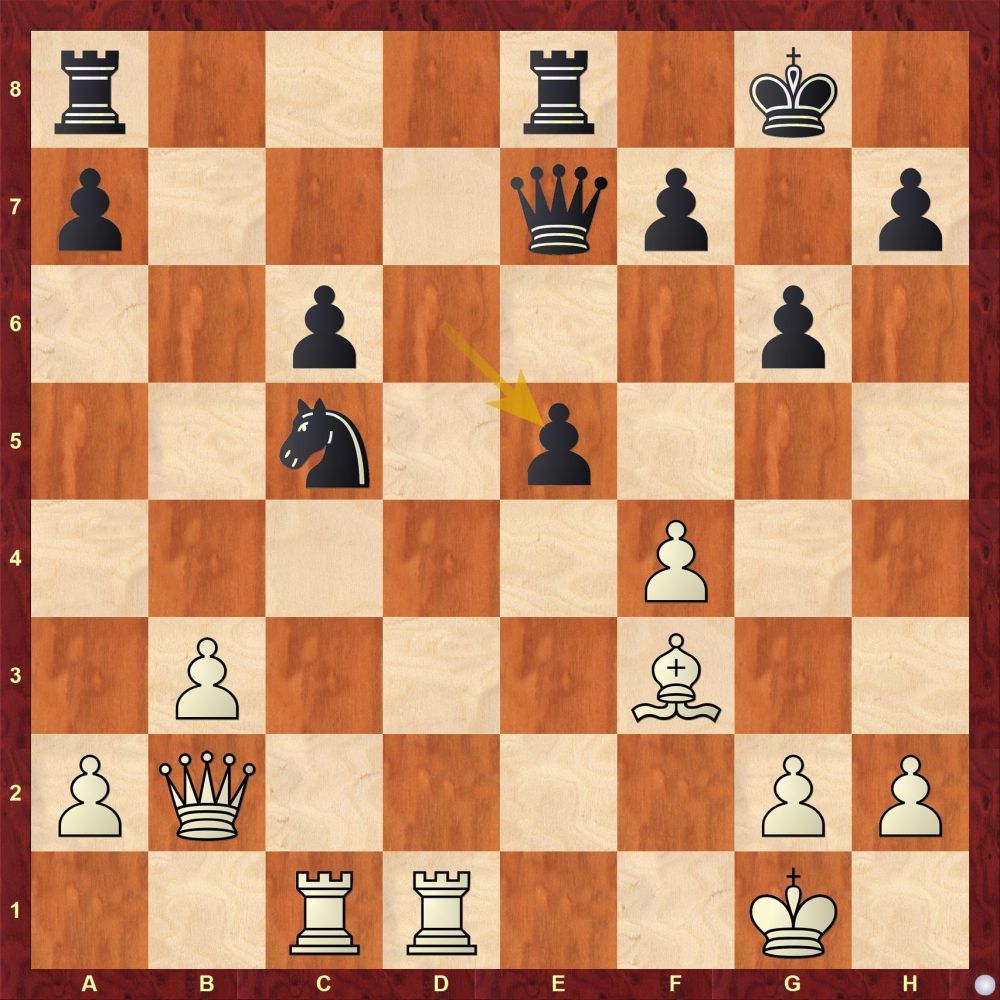 Wojtaszek opted for 24.Qe5, although 24.Bxc6 was better

Though White’s position was still better, he could find no way to convert his advantage and Nepomniachtchi was eventually able to exchange off most of the material and force a draw.

In an interview afterward, Nepomniachtchi said he was sort of pessimistic about his chances in the first game but said he was not sure if he was ever completely lost. 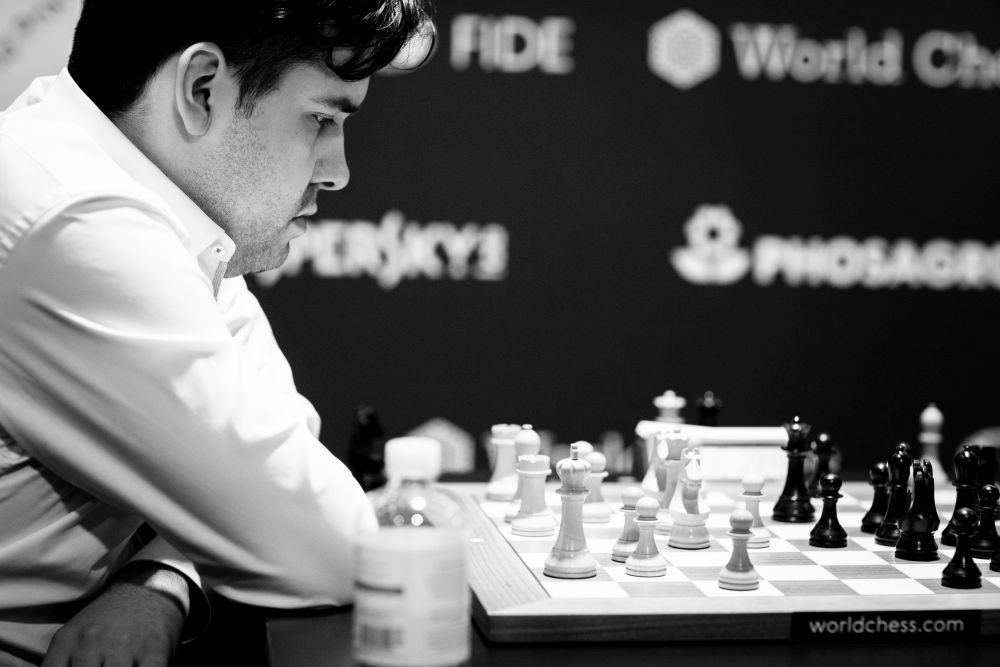 In Game 2, the critical moment came when Nepomniachtchi made a speculative bishop sacrifice (26 Bh6) to open up Wojtaszek’s king. 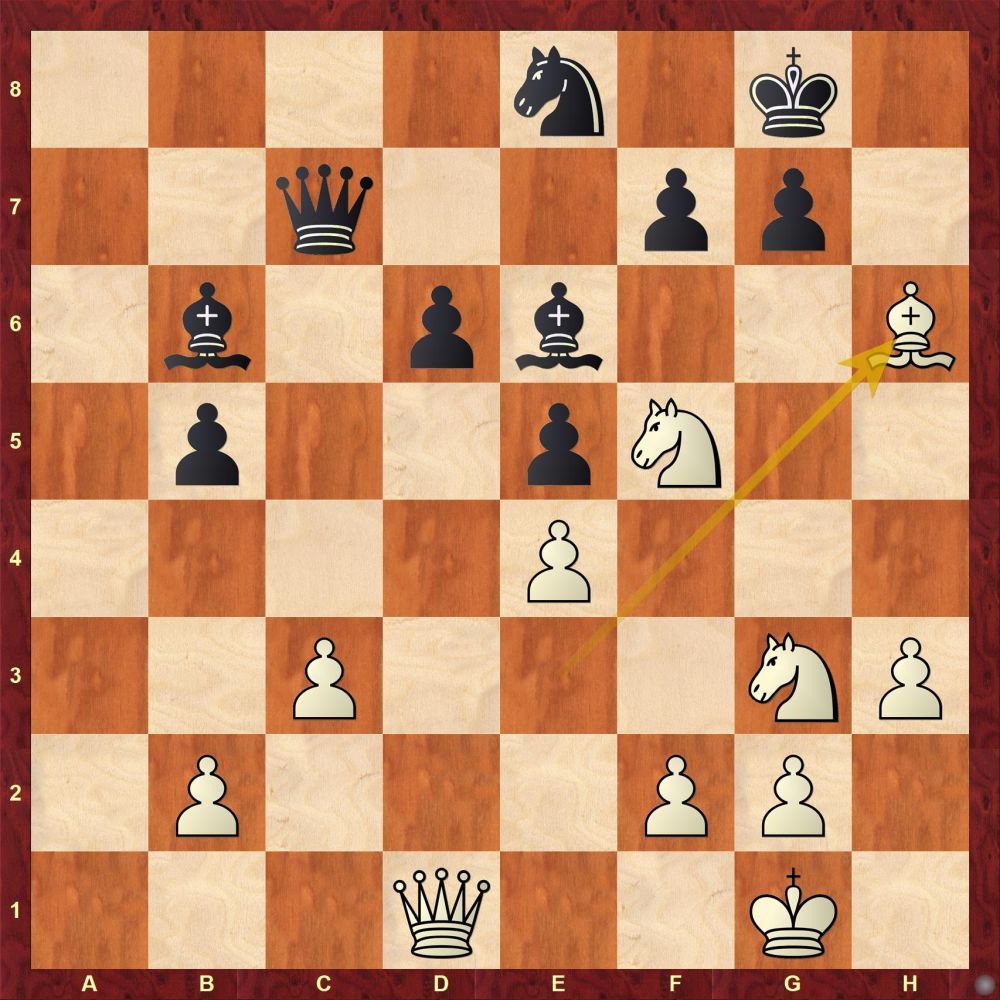 The game ended in a perpetual check, but a computer engine suggested that it might not have if Black had played 28 … Qd8 instead of 28… f6. 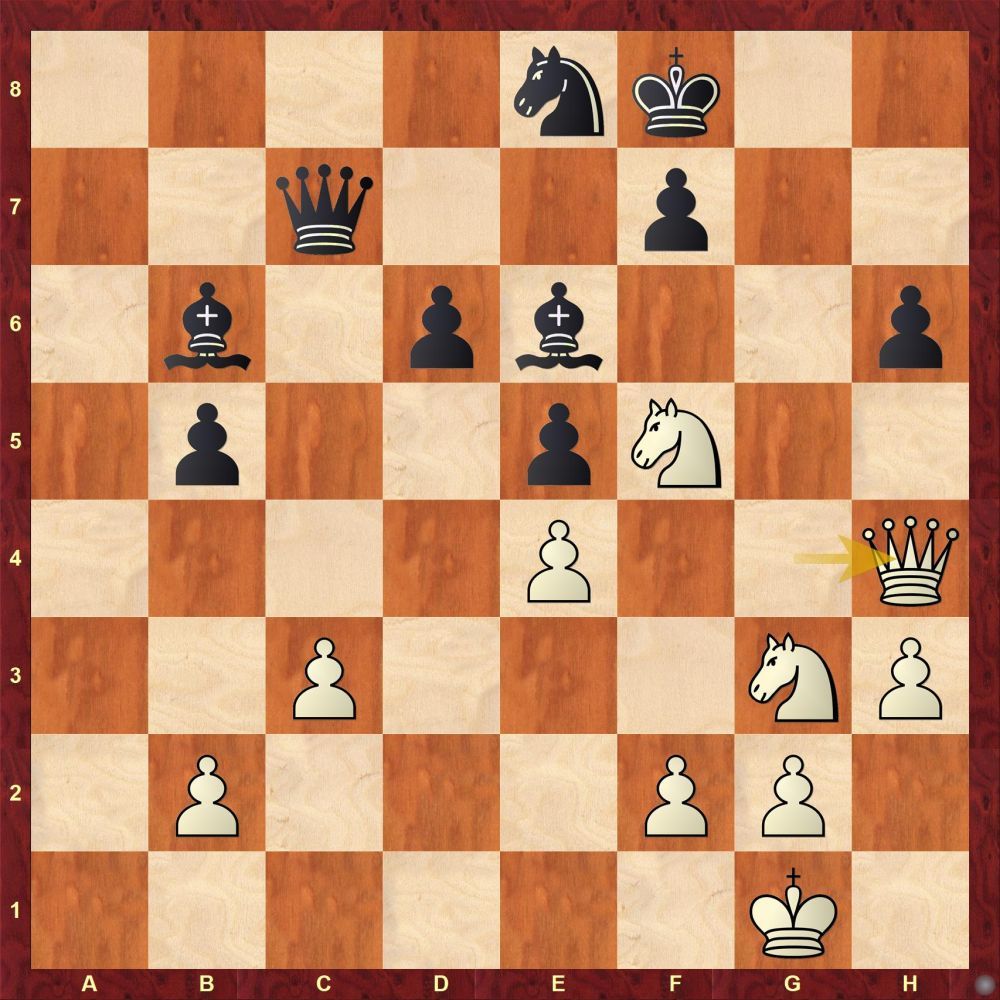 If Wojtaszek had played 28...Qd8 instead of 28...f6, things could have ended differently 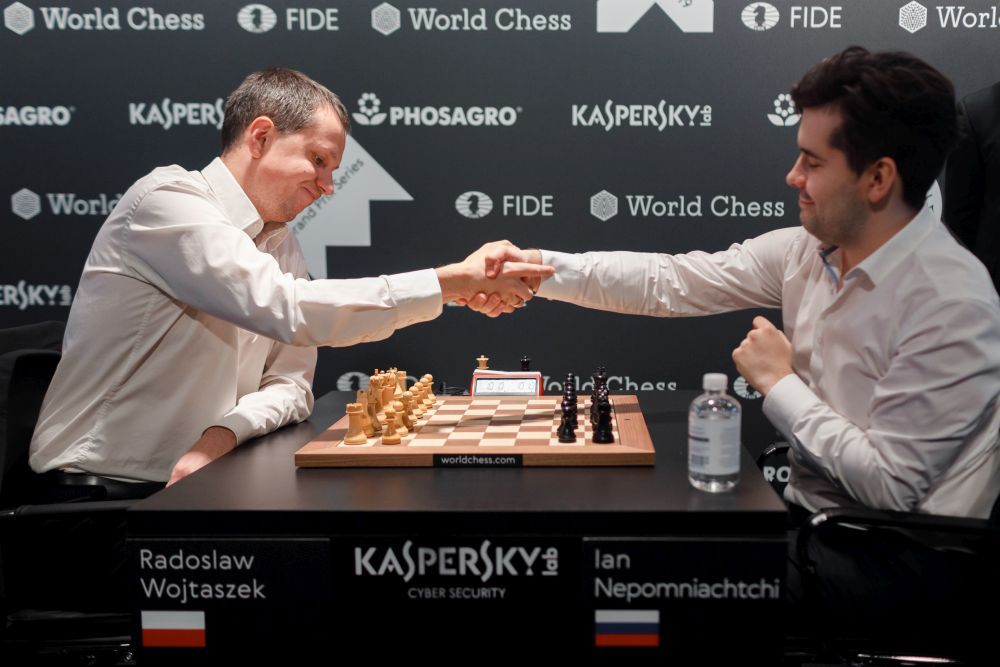 Wojtaszek and Nepomniachtchi shake their hands before the third tie-breaker of the day | Photo: World Chess

With no winner in the rapid games, the match moved on to faster time controls. Game 1 was complicated, but neither player ever established clear superiority. Wojtaszek won a pawn, but had to give up the bishop pair to do it. That gave Nepomniachtchi enough compensation. The game was hard-fought and lasted 40 moves before ending in a draw as there was no longer enough material for either player to win. 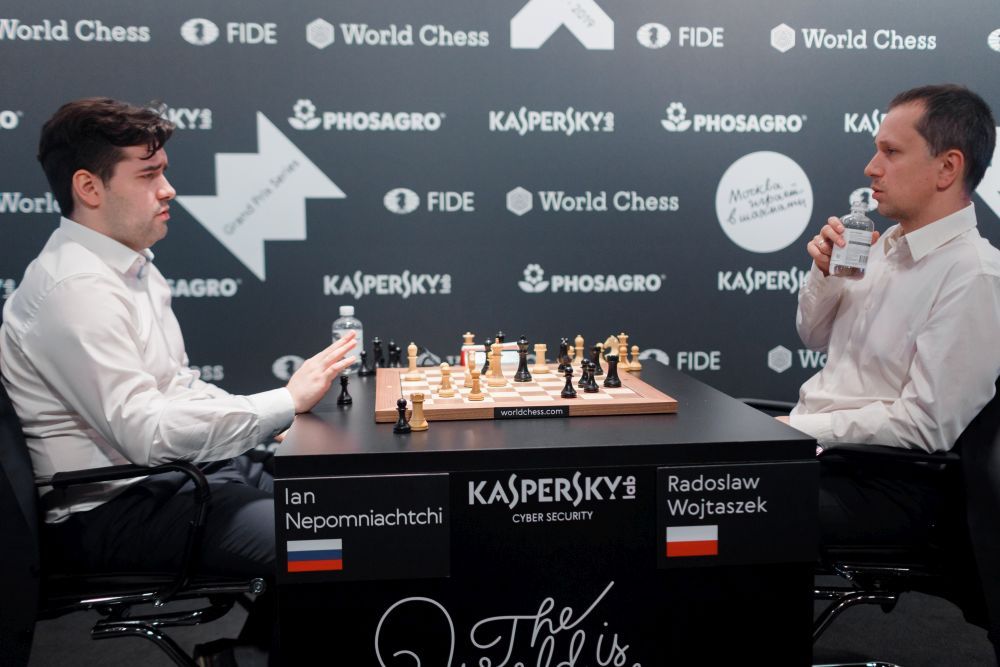 Nepomniachtchi and Wojtaszek have a chat after their final tie-break game of the day | Photo: World Chess

In the final game, Nepomniachtchi and Wojtaszek repeated the opening from Game 2 of the rapids, but Wojtaszek made a significant change by playing 14 … d5. 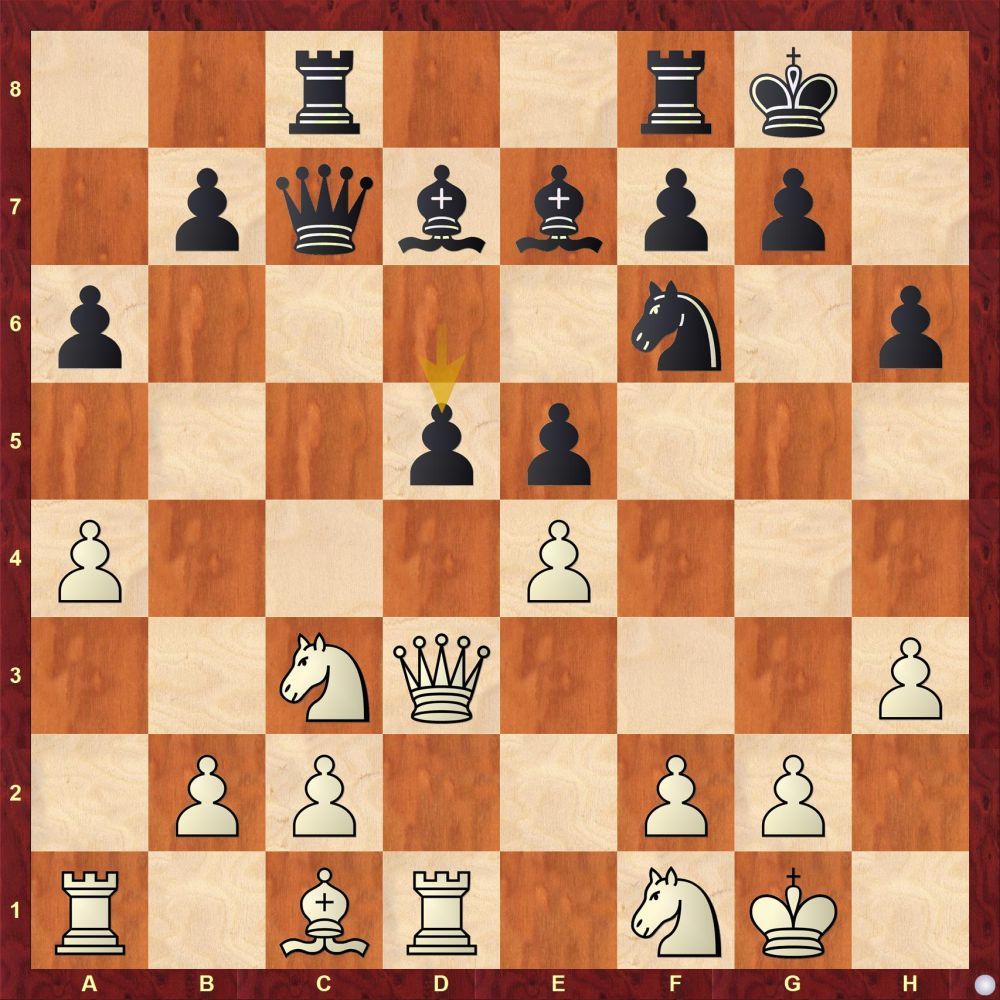 Wojtaszek's significant change from round 3.3 was in the form of 14...d5

There was nothing wrong with the move, but he had to play accurately and did not. With 18… Bc5, he blundered, overlooking that 19 b4 gained several tempi because Black’s bishop had to cover the e7 square to prevent a knight fork that would snare Black’s queen. 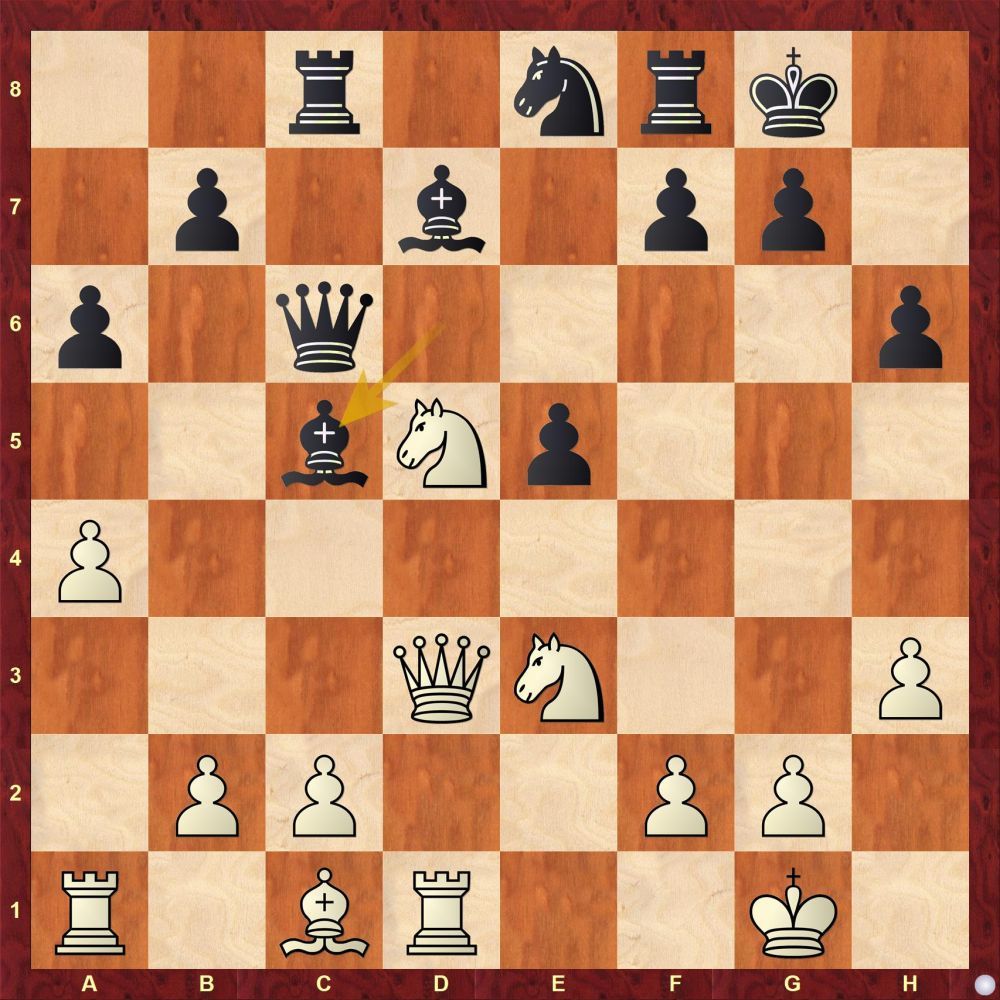 Wojtaszek overlooked 19.b4 as he played 18...Bc5 which was an irrevocable mistake

A few moves later, the game was over, as White was about to win a piece and Black had no compensation.

Afterward, Nepomniachtchi said that he was lucky to have prevailed, while Wojtaszek said that his failure to convert his advantage in Game 1 of the rapids was partly due to nervousness.

After a rest day on Sunday, the final will begin on Monday at 3 p.m. local time, 5.30 p.m. IST. The broadcast can be viewed free and live at worldchess.com.

Alexander Grischuk will have the white pieces in the first final game.