The first leg of the FIDE Grand Prix organized by World Chess at Moscow in Russia is over, and Ian Nepomniachtchi has taken a significant step toward trying to become the challenger for next year’s World Chess Championship match. But there is a long way to go before Nepomniachtchi, or someone else, will earn the right to play for the title. The match was decided by two rapid tie-breaker games after the regular games were both drawn. The first symbolic move in the game A. Grischuk - I. Nepomniachtchi was made by Alexander Ovechkin, a Russian professional hockey player, a three-time winner of the World Championship as a member of the Russian national team, ice hockey winger of the Washington Capitals, the 2018 Stanley Cup owner. Photo: World Chess 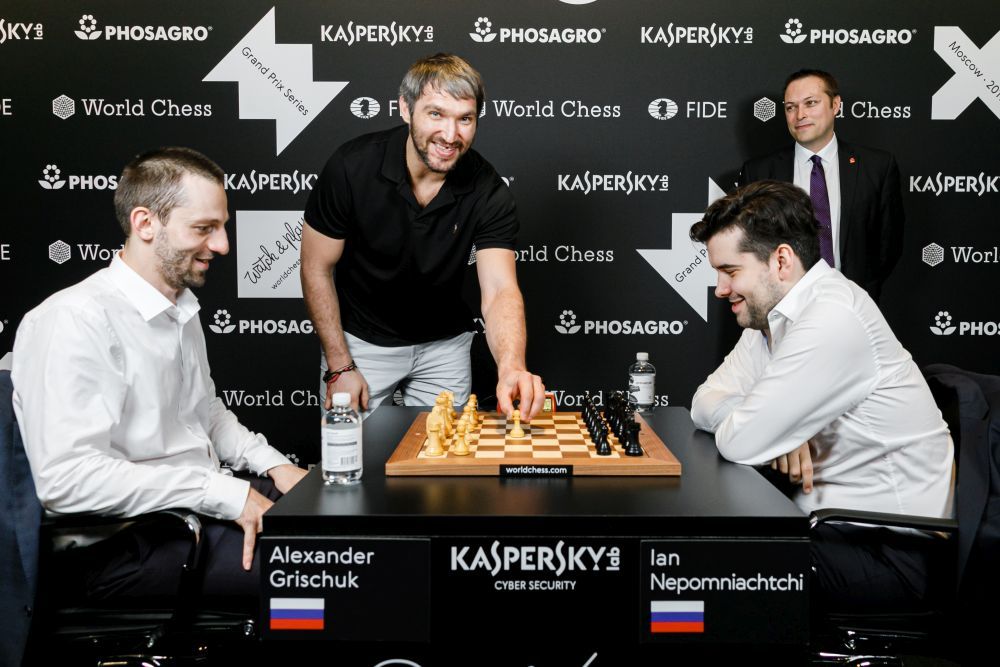 The first rapid tie-breaker game, which had a time control of 25 minutes per player with 10 seconds added after each move, and in which Nepomniachtchi was Black, was drawn in 37 moves.

In the second game, Grischuk misplaced a knight on the side of the board, allowing Nepomaniachtchi to build up an overwhelming advantage. 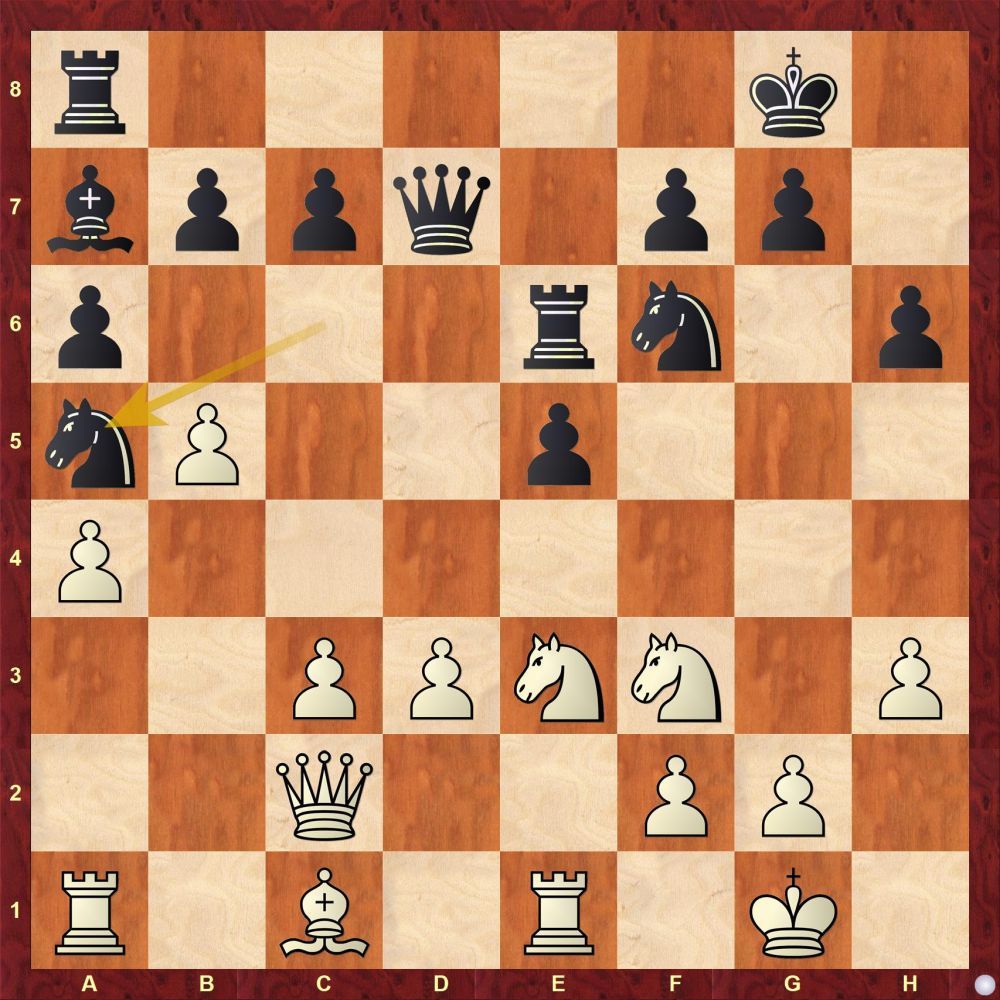 Grischuk's 19...Na5 kept the knight out of action for the majority of the game

He eventually won a pawn as Grischuk ran short on time. 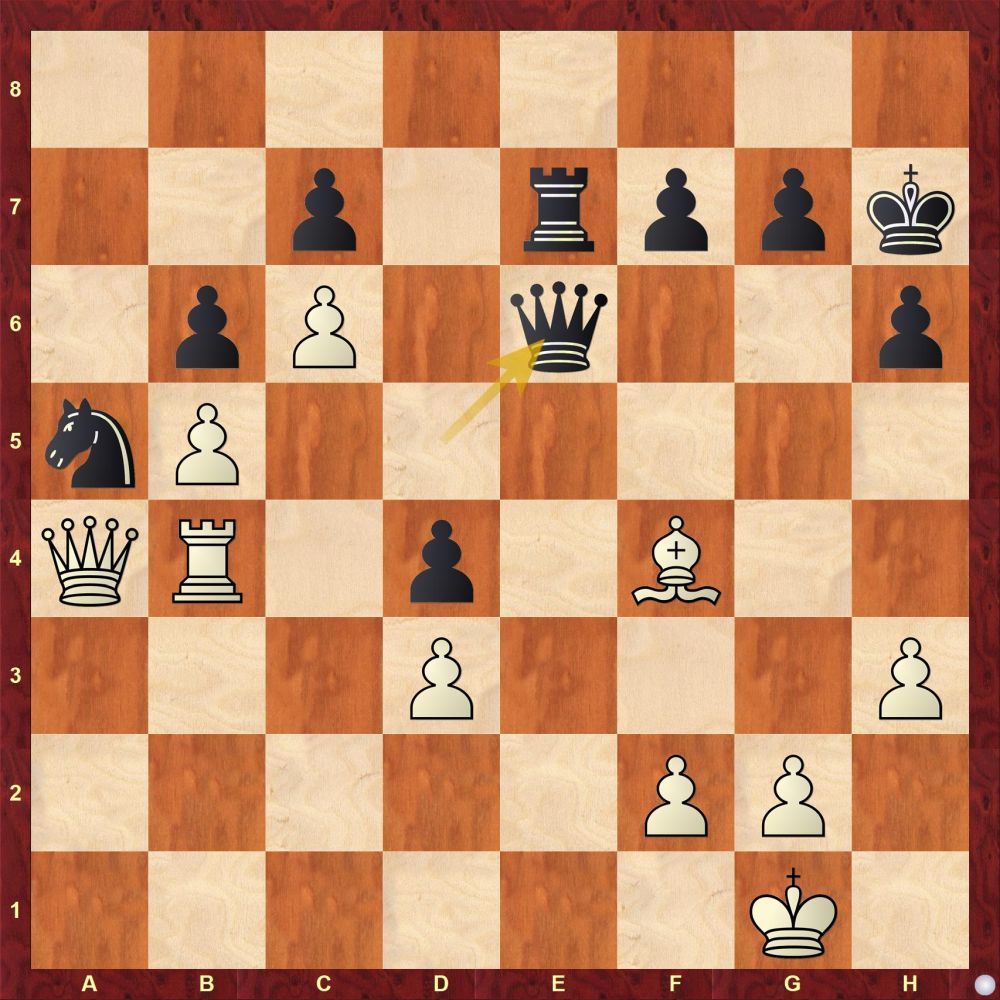 After several errors by Grischuk, Nepomniachtchi was able to force an easily winning endgame.

The win netted Nepomniachtchi 24,000 euros as well as vaulting him into first place in the series of four Grand Prix tournaments to select two players for next year’s Candidates Tournament. The winner of that tournament will become the challenger for the 2020 World Championship match to be held in November.

Grischuk earned 14,000 euros and is also in good shape in the Grand Prix as he is in second place in the series.

GP points after the first leg:

Arkady Dvorkovich, FIDE President: "First of all, I would like to thank all our partners for their support in organizing this exciting event and all those people who were involved in making it happen. FIDE Grand Prix Series organized by World Chess is being held by the knock-out system for the first time and it seems to me that this competition was even more interesting and fascinating. Our participants displayed their best qualities both in standard and tie-break games. We will take into consideration all the lessons learned from this event and implement the best ideas from what we saw here".

Andrey Guryev, Vice-President of the Russian Chess Federation and head of PhosAgro: “FIDE World Chess Grand Prix in Moscow has become one of the most interesting tournaments in the history of such events. For my part, I’ve been anchoring great hopes on Russian grandmasters and the Russian chess school. I think we can look to the future with confidence and work together on the long-awaited return of the chess crown to Russia”.

Ilya Merenzon, CEO of World Chess: "In 2016 and 2018, the World Chess Championship cycle sparked somewhat of a chess mania in many countries and we are excited to see that it’s happening again. Exciting chess means more exciting chess fans and players!"

Grandmaster Ian Nepomniachtchi thanked all his near and dear ones for their support as well as the organizers and Andrey Guryev personally as PhosAgro will make a sponsorship contract with the Russian player or two Russian players who will qualify for the Candidates Tournament from the FIDE Grand Prix Series organized by World Chess.

The Grand Prix is being organized by World Chess, under the auspices of FIDE.

The next three Grand Prix tournaments, which will be in Riga, Latvia; Hamburg, Germany; and Tel Aviv, Israel, are likely to also likely to have more than their share of excitement, particularly as the series winds down and players become more anxious to qualify for the two spots in the Candidates.

Making the Grand Prix possible, and putting up the bulk of the total prize fund of 800,000 euros, are the principal sponsors:

PhosAgro, a leading chemical company as the Official Strategic Partner

PRYTEK, as the Technology Transfer Partner

BMW, as the Official Auto Partner