The second round of the Moscow Grand Prix began with four draws on Monday, though there were several pitched battles. Since the Grand Prix is using a knockout format, all competitors will face each other on Tuesday in the second half of their mini-matches. If those games end in draws, then the players will proceed to faster tie-breaker games on Wednesday to decide who advances to the semifinals of the tournament. One feature of the quarterfinals of the Moscow Grand Prix is that there are four Russian players facing two American players, one from China and one from Poland. It has the same format, inadvertently, as the Russia vs. the World match in 2002 (and before that, the U.S.S.R. vs. the World matches in 1970 and 1984). Photo: World Chess

All the games on Monday had interesting moments. Perhaps the most unusual was between Hikaru Nakamura, one of the two Americans, and Daniil Dubov. 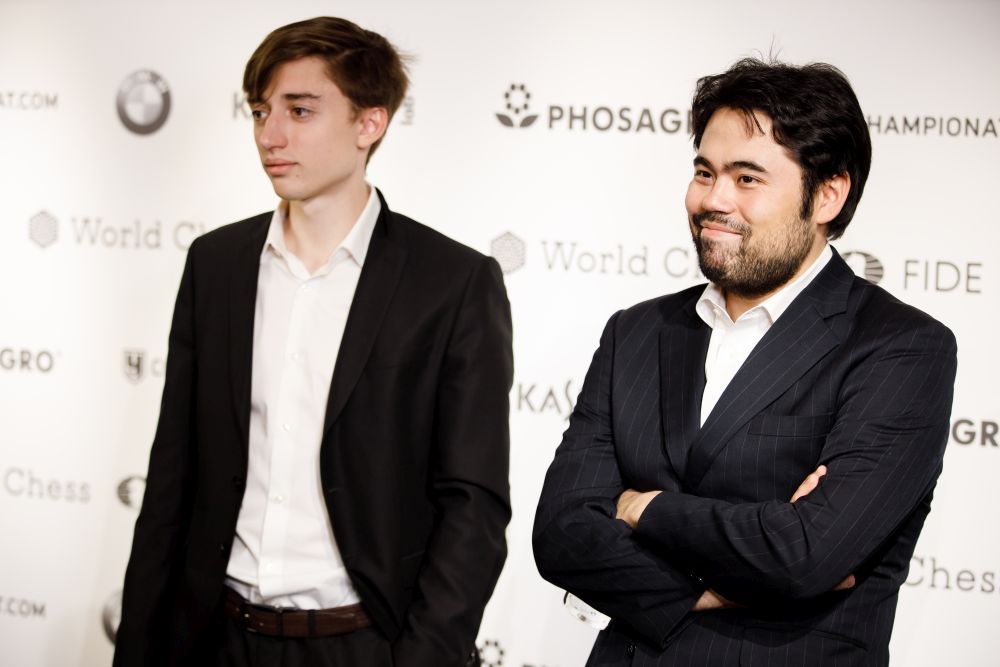 Dubov, who is known to be very well prepared, had Black and blitzed out his opening moves on the Black side of a Symmetrical English, barely using any time on his clock by Move 20. The position on the board at that point was remarkable: Dubov had a pawn on d3 and his entire pawn structure was broken. 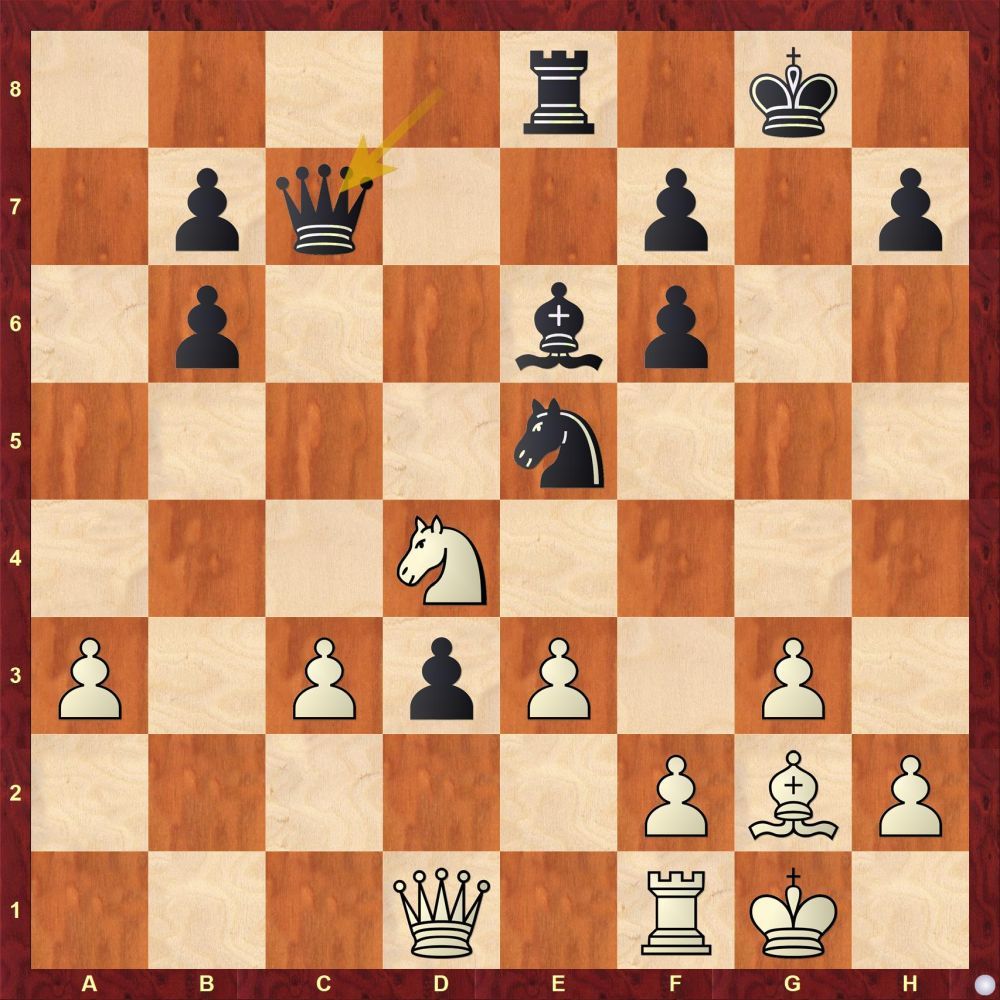 In some ways, Black seemed to have violated many of the major principles of chess opening theory. But he had the initiative and that pawn on d3 was problematic for White. 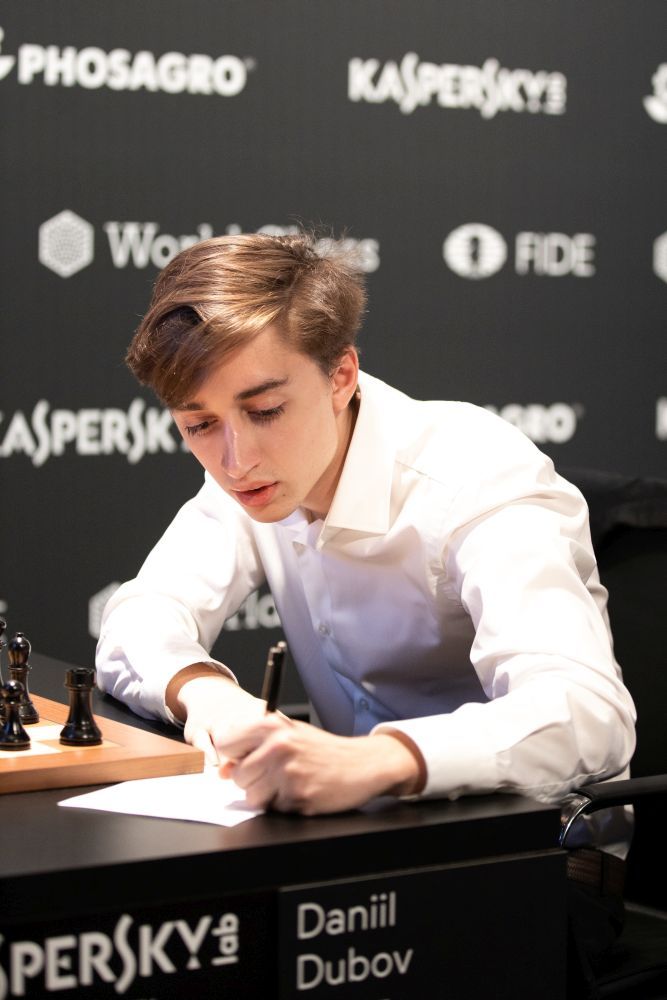 Dubov always has some tricks up his sleeve | Photo: World Chess

The fact that Nakamura had consumed nearly an hour more on his clock than Dubov also had to be troubling for him. Afterward, Nakamura said of the opening, “I knew that Daniil would surprise me, but I did not quite expect him to play 20 moves or something without really thinking at all.”

Nakamura talks about expecting to be surprised by Dubov and more | Video: World Chess

Nakamura finally managed to surround and win the pawn on d3, but only by allowing Dubov’s queen to infiltrate on the queenside. The players agreed to a draw soon after in a position in which Black’s dynamically placed pieces offered compensation for his ruined pawn structure.

The first game to finish was between Peter Svidler and Radoslaw Wojtaszek of Poland. 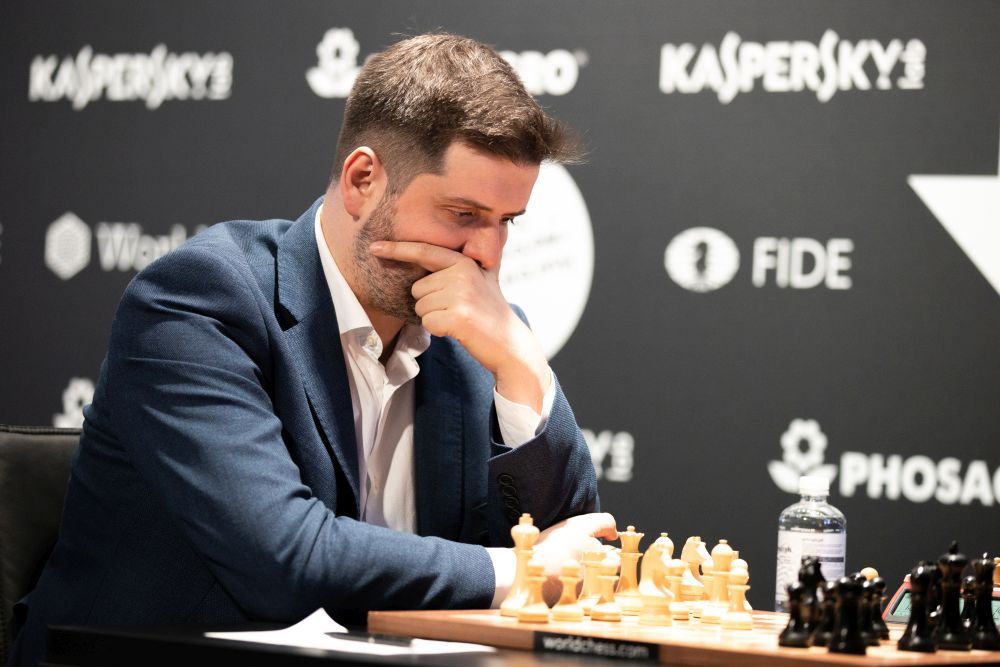 Svidler's game with Wojtaszek was the first to finish in the round | Photo: World Chess

The opening was a Sicilian Defense, but Svidler deviated early with the unusual retreat 5 Bd3. He soon had a good position, however, as he slowly expanded in the center, seizing space. 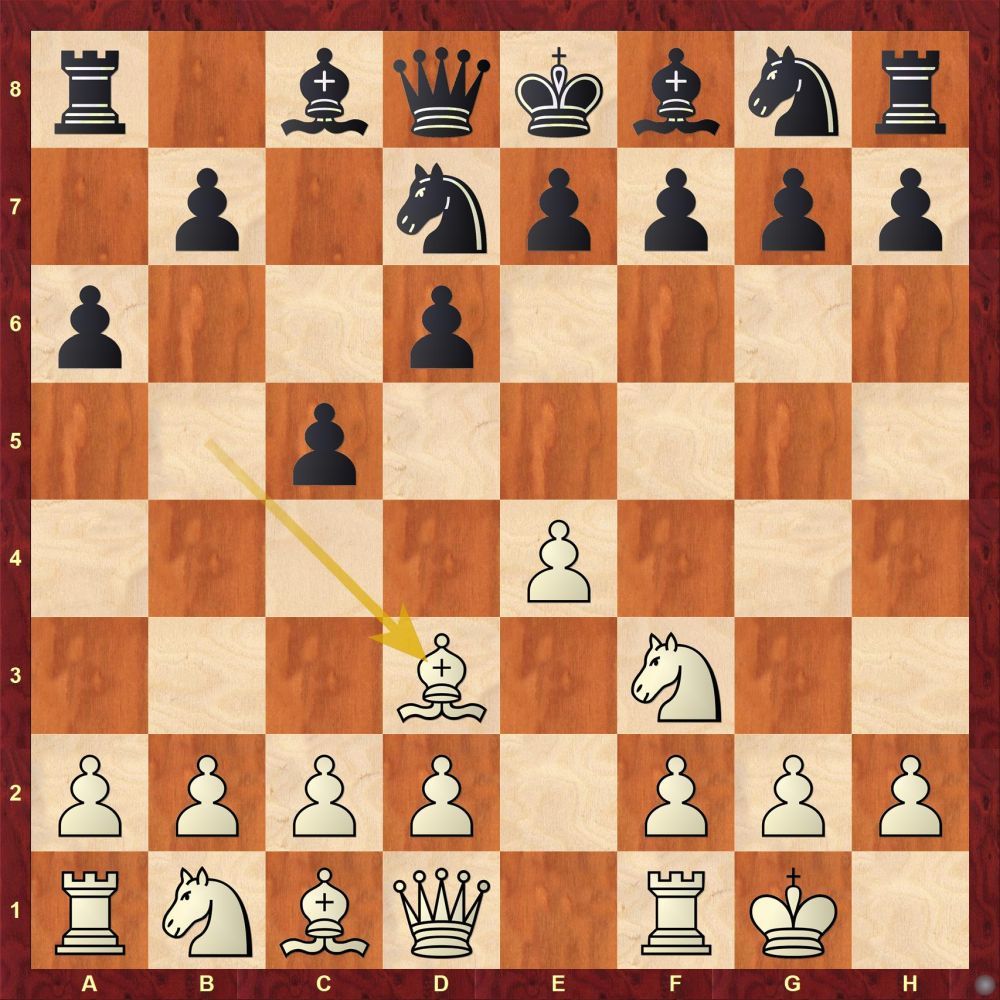 Svidler made an unusual retreat with 5.Bd3 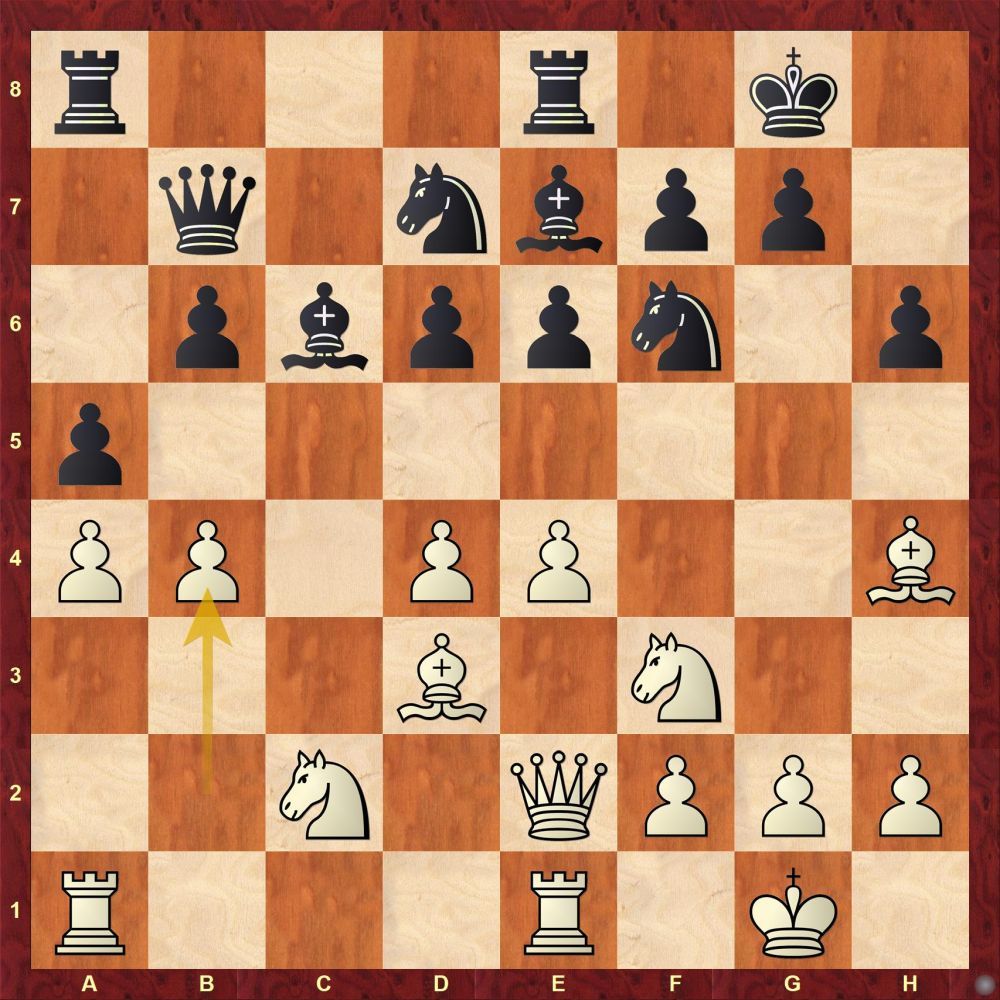 Wojtaszek missed his chance and played 18...Qa7 instead

In an interview afterward, Svidler said he offered a draw because he did not understand what sort of plan he should have in the position, despite having extra space. He also said that he had a headache, which contributed to his decision.

Svidler talks about when he felt the game would have ended and more | Video: World Chess

Alexander Grischuk, who is known for chronically being in time pressure, played the opening quickly against Wesley So, the other American in the field. 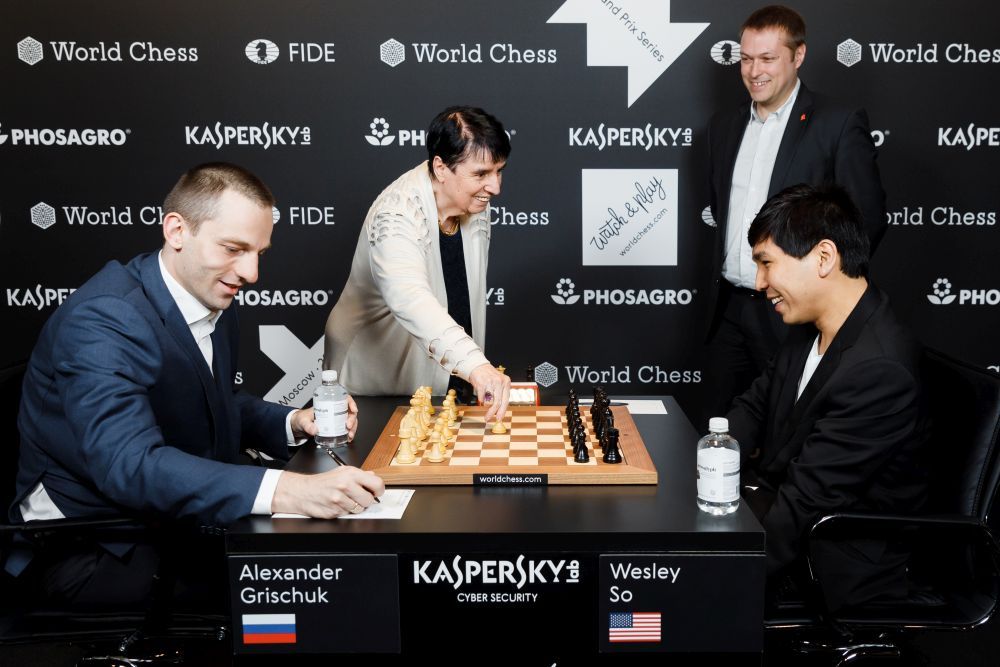 On Move 14, given a choice, he quickly played a surprising recapture – 14 ed4, instead of Qd4, voluntarily accepting an isolated queen pawn. 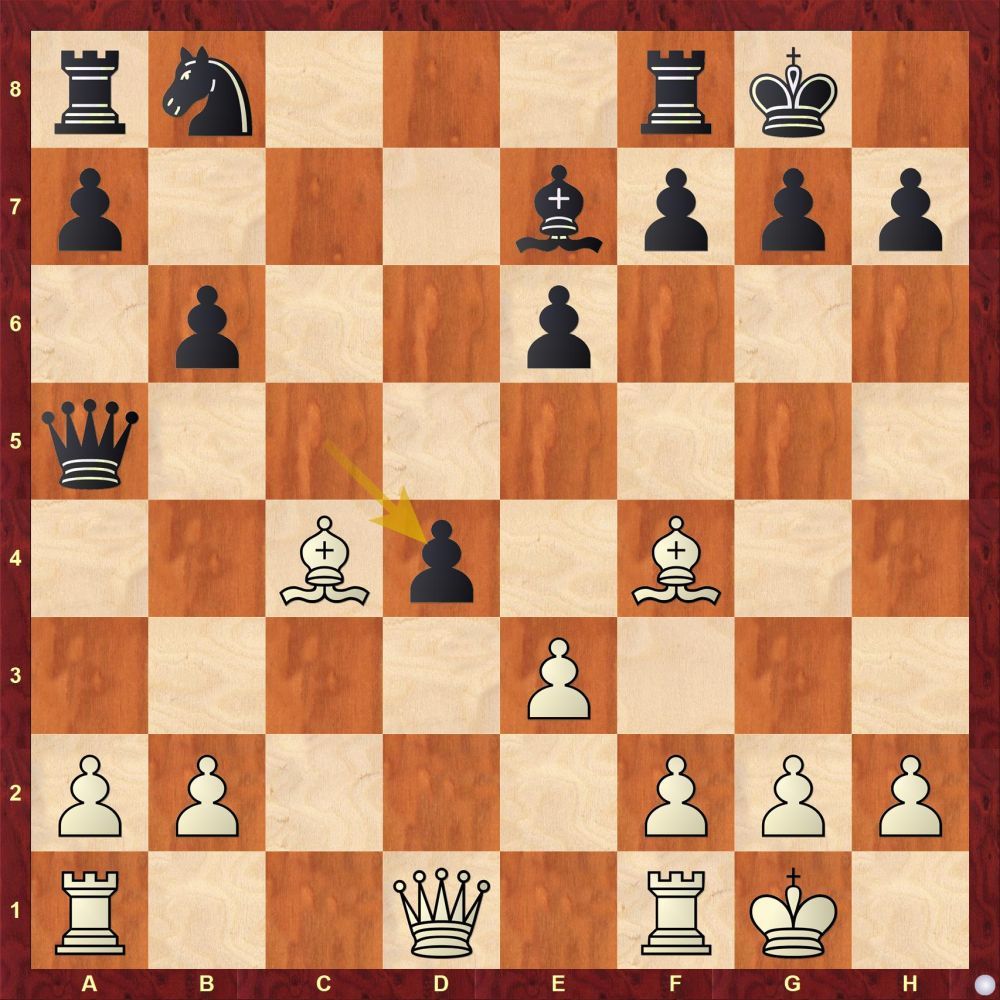 The speed of his play indicated that it was preparation. So played carefully, but Grischuk managed to gain an endgame with the bishop pair, which is often dangerous. Nevertheless, So navigated the complications successfully, even winning a pawn, but a draw seemed to be the most likely outcome.

Grischuk and So talk about the game in a post-match interview | Video: World Chess

In the final game between Wei Yi of China and Ian Nepomniachtchi, the opening was the Najdorf Variation of the Sicilian Defense. Nepomniachtchi is known to be an expert in this opening, but he had to be careful as Wei gained a slight edge because of a nagging space advantage. Wei was unable to make much of his edge, however, and the players agreed to a draw because of repetition on Move 31. 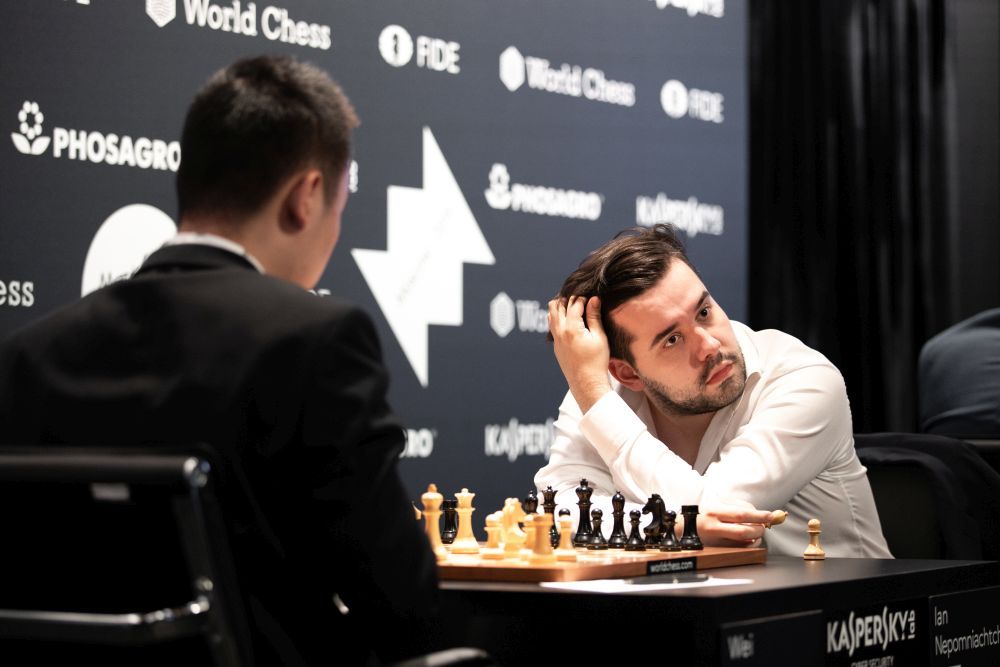 Nepo looking ahead for their second encounter? | Photo: World Chess
Wei Yi and Nepo talks about their game with each other and analyzes them | Video: World Chess

The matches resume Tuesday at 3 p.m. local time, 5.30 p.m. IST. The broadcast can be viewed free and live at worldchess.com.