Decision making in chess is a very complex process. It depends on many factors. One of them is aesthetics. How can a player's sense of aesthetics determine the decisions that are made on the board? In this article on the fifth day of the Microsense Kramnik Gelfand Training camp IM Sagar Shah explains this concept with an example from Kramnik's training. We also give you a study that was posed by Boris to the students. We would like to see if you can solve it. 13th of January is a rest day for the kids. While the trainers Kramnik and Gelfand go to Mahabalipuram, the kids will indulge in the first ever no-castle chess tournament. More information in this article about this unique event! 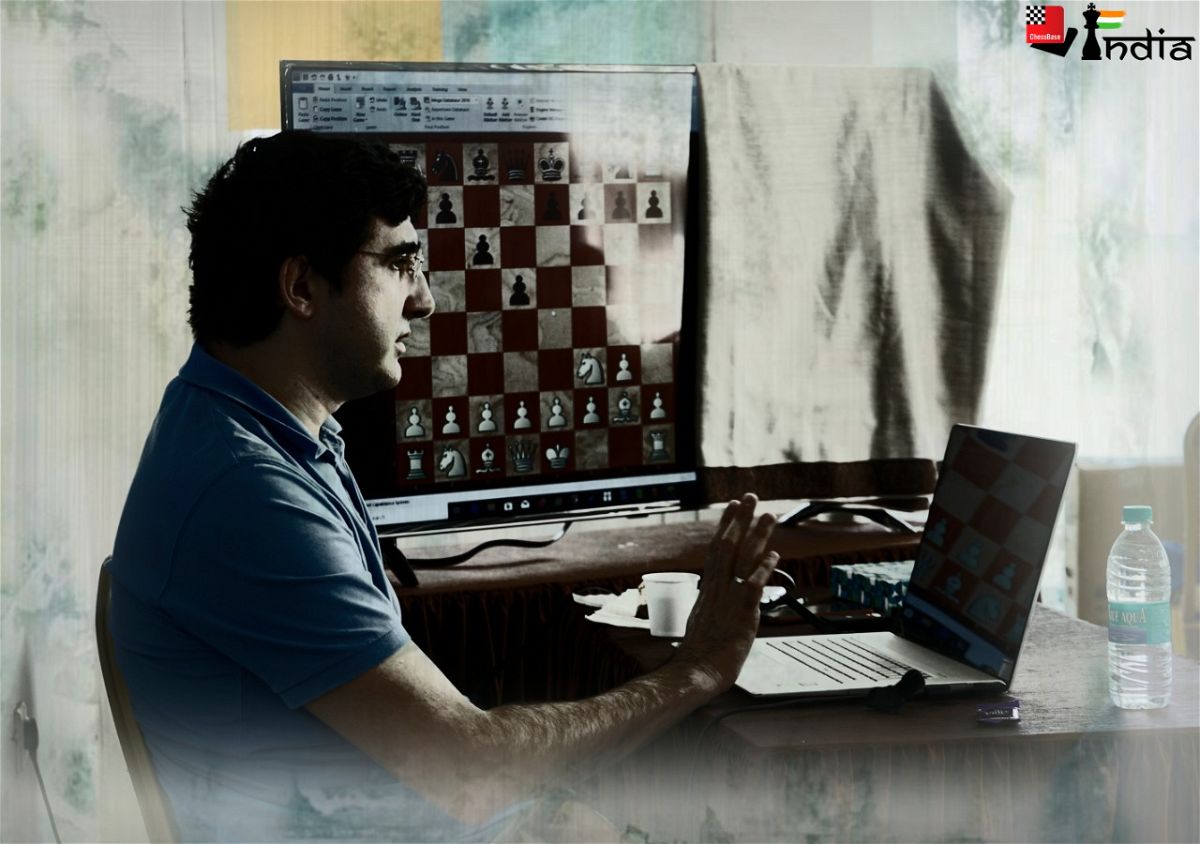 Do you like this photo taken by Amruta Mokal?

Whether you like the picture or not depends on your sense of aesthetics. Do you like the editing where the background is converted into a black and white old look. Kramnik's face looks slightly different in the image than usual. The photo is cropped in a way to let the bottle be in the picture. Your mind will quickly assess all of these things before you take a decision and then come to a conclusion whether you like it or not. The analysis that you just did right now and the final conclusion that you reached is based on your aesthetics.

What is aesthetics? According to the dictionary, the meaning of the word aesthetics is "a set of principles concerned with the nature and appreciation of beauty."  What maybe aesthetically pleasing or beautiful for one may not be for someone else. While some may just dismiss it as subjective and matter of personal choice for many things in life, fine-tuning your sense of aesthetics in chess is quite important. That's because your decision making is often based on it. Here's an example. 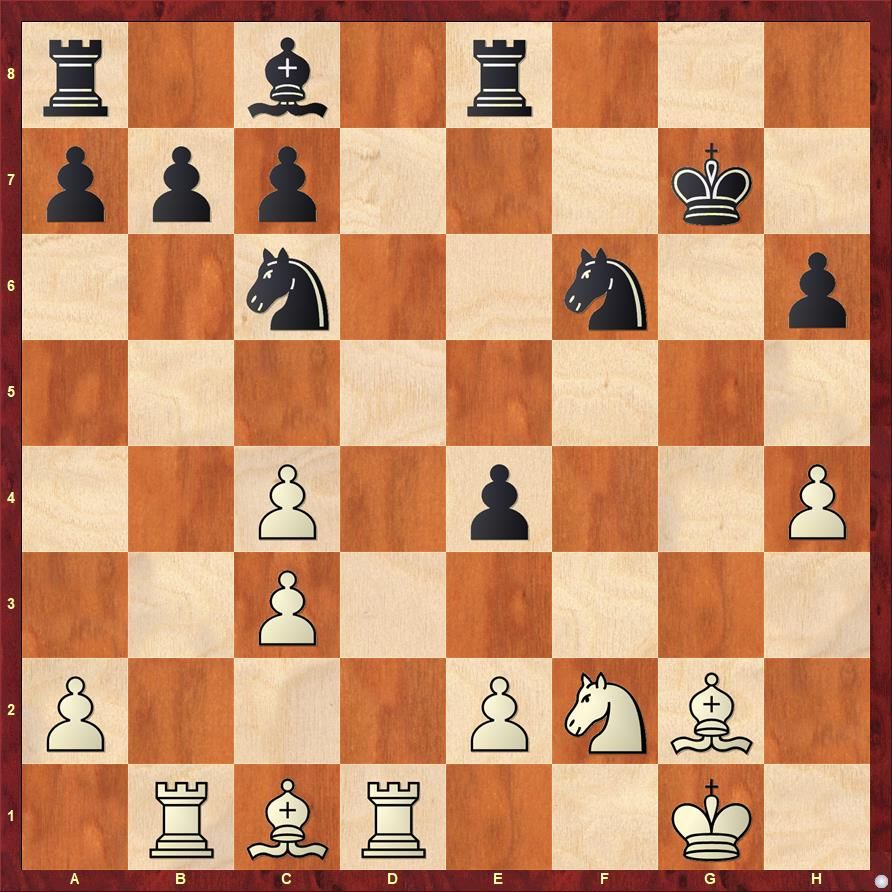 Kramnik gave this position to the students and asked them about their assessment and also what they think white will play.

Sreeshwan Maralakshikari, who is just 13 years old and already a 2440 rated IM, said, "I think White's position looks very ugly. I would not go into such a position. If Black stabilizes the position then he would be better." To which Kramnik replied, "I quite like White's position. I don't know why? Perhaps I am just biased towards the bishop pair." These two statements - one by a talented youngster and another by a former World Champion clearly make you understand that the importance of aesthetics in chess is not just superficial. It directly affects your decision making. Sreeshwan would not go into such a position because all of White's pawns are isolated and weak. So when he is calculating a few moves before, he would not lead the position in this direction. Kramnik on the other hand sees beyond the structure. He sees he has the bishop pair, he feels his pieces are better placed, he senses that the black king may get under some trouble at some point. It's not easy for Kramnik even to explain why he likes the position so much, but it has a lot to do with the his sense of aesthetics that he has developed over the years. 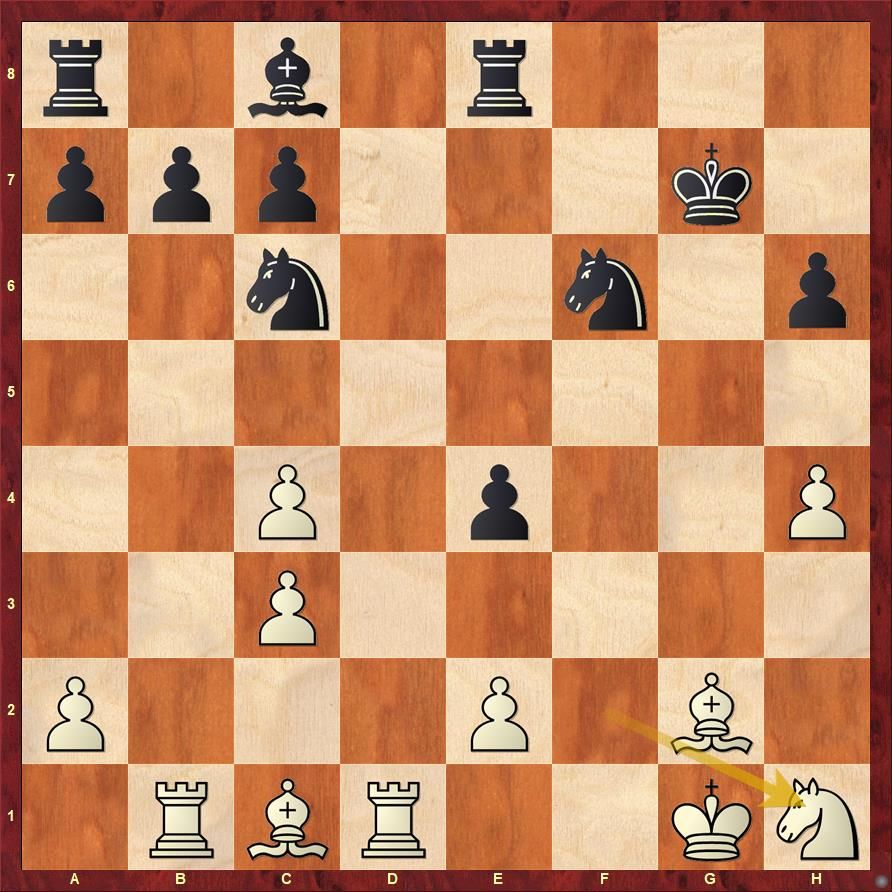 The best move in the position is Nh1!

One could argue that Bf4 is also a strong move, but Black goes Re7 and White has to once again find a plan. Black's idea in general is to play b6 (so that b7 would no longer be hanging) and then put his bishop on g4 or somewhere on the c8-h3 diagonal. Nh1 is a subtle move. The knight will jump to g3, control the important f5 and h5 squares. This also frees up the f1 square for the rook and overall the black king begins to feel the heat on g7. It is quite possible that with a series of highly accurate moves, Black maybe able to equalize, but the onus is on Black, White definitely has the easier game with all his moves flowing!

What could be just brushed off as a matter of choice/taste in life, actually can cost you a lot of points in chess. Hence, it is important to improve your sense of aesthetics in chess. And this can only be done by looking at a lot of good games, classical and modern and trying to understand why a certain strong player chose to play a position that seems ugly or unappetizing for you. Every time you are able to convince yourself that the strong player was right, you are expanding your aesthetics repertoire! 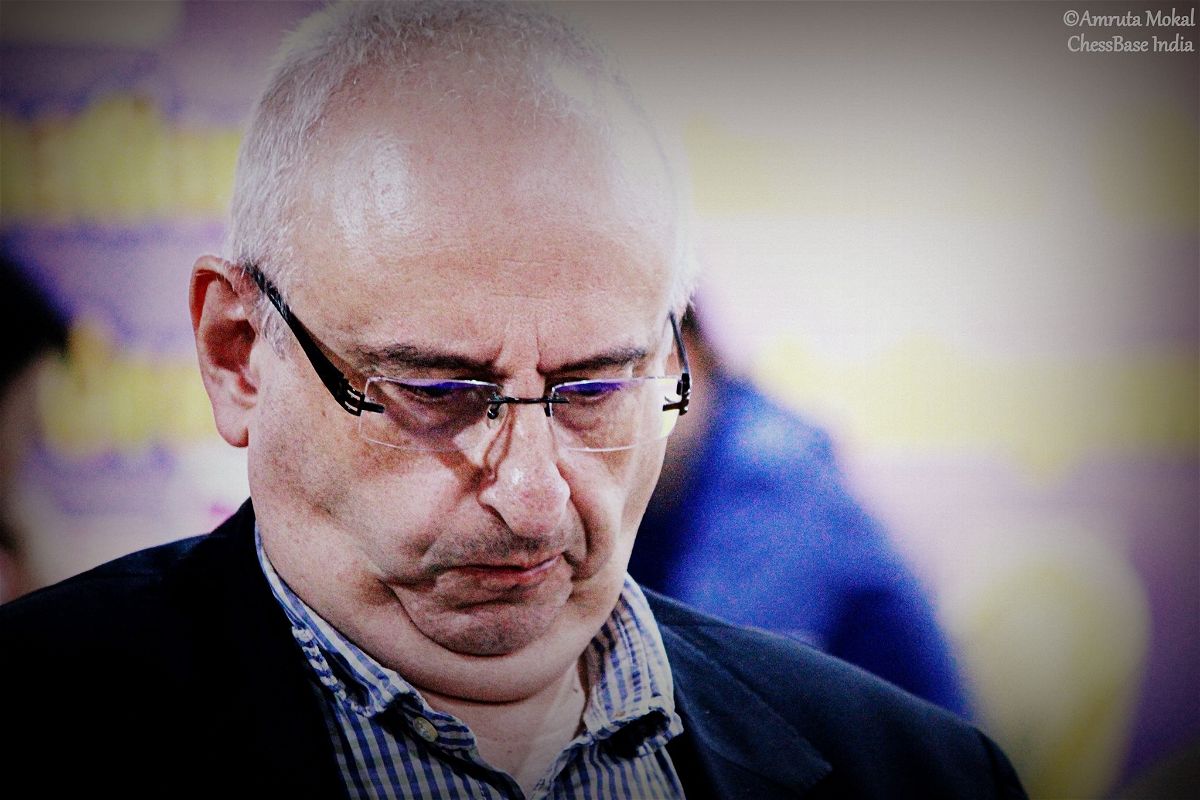 Grandmaster Suat Atalik visited India in 2017-18 and played in four GM tournaments. I was able to do an interview with him after several of his games. I remember one of them to be extremely instructive. | Photo: Amruta Mokal 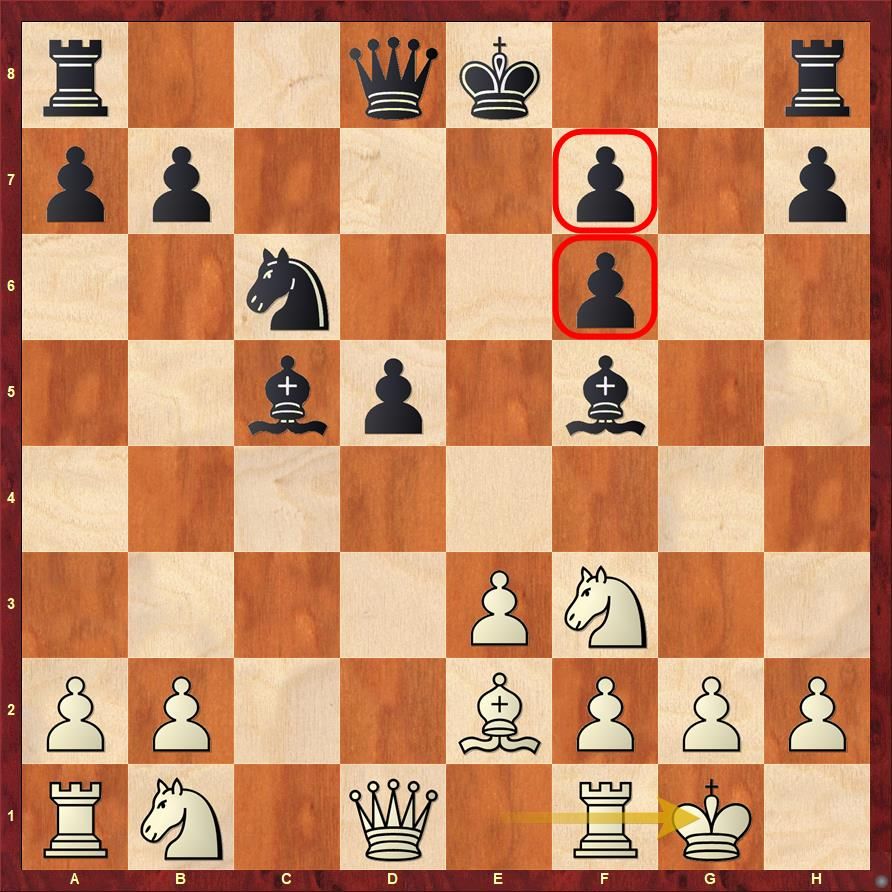 We were discussing a certain position which looked something like this. I told him, Black's position looks pretty ugly because he has doubled isolated pawns on f7 and f6 and Suat replied with, "I find them quite beautiful!" What was ugly for one, was beautiful for another!

Usually in the six hour session there are two breaks - one for lunch and another for snacks. Believe me when I say those six hours are extremely intensive with the players looking at one position after another, one variation after another with Kramnik and Gelfand. It would be good to take some time off during the breaks. Just that they usually do not! This time Gelfand gave them a study to ponder over during lunch. There was a silence all over. Every morsel was being digested along with some variations running through their head! Here's the position that was given to them. Looks quite tricky. Try to crack it. The answer will be revealed tomorrow. 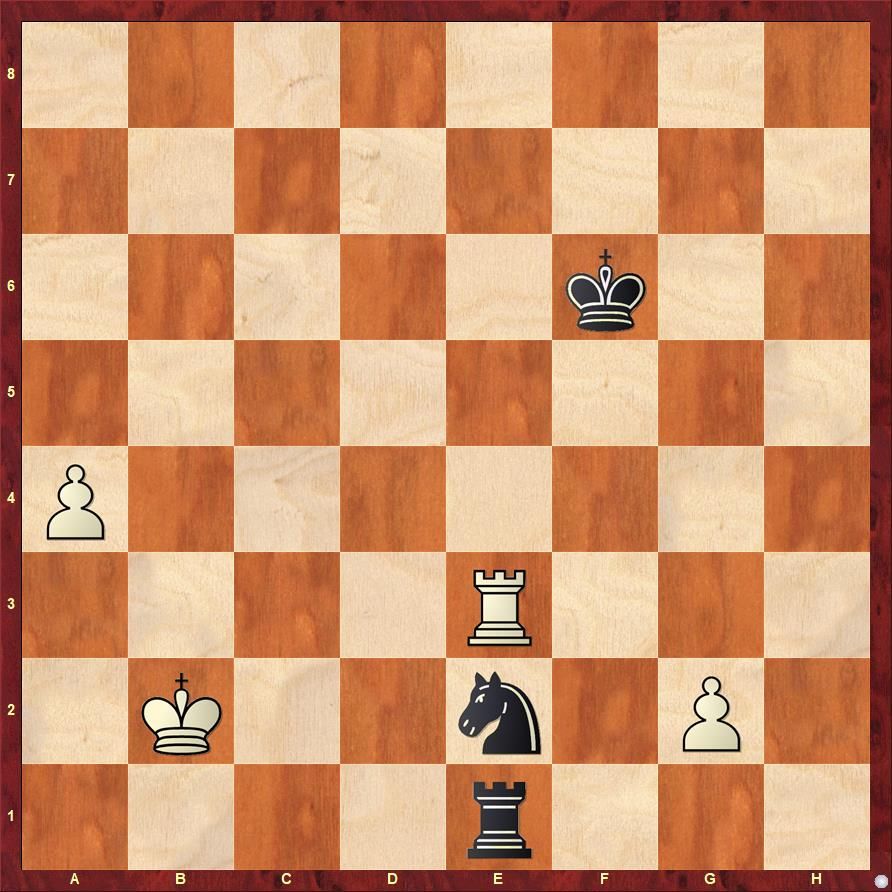 White to play. Let us know your solutions in the comments section below

For a man who is in his fifties, Gelfand is unbelievably agile and fit | Photo: Amruta Mokal

And he likes just about every sport, although Table Tennis is his favourite | Photo: Amruta Mokal

Kramnik answering the questions of the students at the end of the day. The patience with which he replies to every question is encouraging and confidence boosting for the kids! | Photo: Amruta Mokal

Gelfand too is extremely generous with his time! | Photo: Amruta Mokal

The first module of training is now done! Kramnik with his Reti and Gelfand with the Sicilian! Now it's time to switch the group from 14th onwards and Kramnik will teach the senior group and Gelfand will spend time with the juniors. What are the topics of their training? You will know more about it when the sessions begin! | Photo: Amruta Mokal

Sitting together and feeding the analysis in the computer | Photo: Amruta Mokal

One of the major benefits of the camp is the bonding of the chess players. At night they often sit down to play some interesting games like "Mafia." | Photo: Amruta Mokal

Yoga has become a part of the daily routine at the camp for the kids. The very act of inhaling while getting into a pose and exhaling while releasing seems to be giving them a lot of mental peace. Just like in the Kramnik and Gelfand's training class, they are working hard at the yoga sessions also. But it is quite clear, that they find yoga much tougher than chess!

...So are Raahil and Sreeshwan! | Photo: Amruta Mokal

A bird's eye view of the class | Photo: Amruta Mokal
A small glimpse of the asanas performed during the class!

The first ever no-castle chess tournament!

A few months ago Vladimir Kramnik came up with the suggestion of no-castle chess. His point was - everything in chess remains the same - all of the rules - just that both sides cannot castle! The main reason why the 14th World Champion suggested this variant was to put away all the theory that has developed around chess openings and start thinking with a fresh mind. How good is the idea? How interesting are the games? Kramnik put forth his idea with the analysis of a few games played between Alpha Zero vs Alpha Zero. However, there have been no real human games that have taken place.

That's the reason why the first no-castle chess tournament has been organized at the Microsense Kramnik-Gelfand Training program on the rest day (13th of January). There could have been no better occasion to organize the tournament than in the presence of Kramnik and Gelfand! 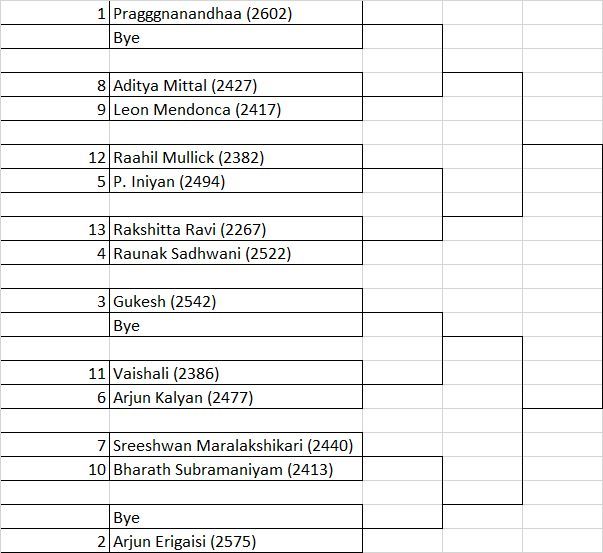 2. The format is knockout. Each match will consist of two games. In case of a 1-1 tie, the match goes into armageddon

3. In the armageddon the colour will be decided by a toss. The winner of toss can choose the colour. White has 5 minutes while Black has 4 and draw odds.

4. The 3rd place will be decided between the two losers of the semi-finals by an armageddon game.

Total Prize fund of Rs.20,000. The entire prize fund has been sponsored by ChessBase India. 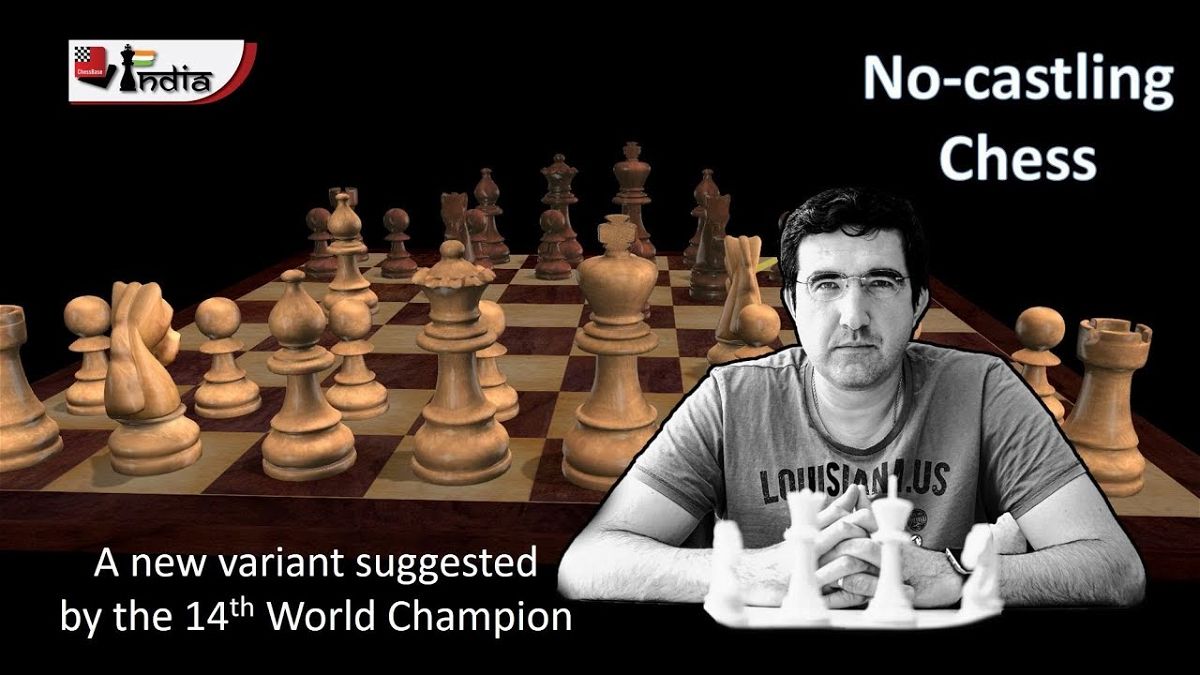 Let's see who comes out on top and becomes the champion of the first no-castling chess tournament!

Everyone was in their bed. This is what five days of intensive chess training can do to you. | Photo: Amruta Mokal 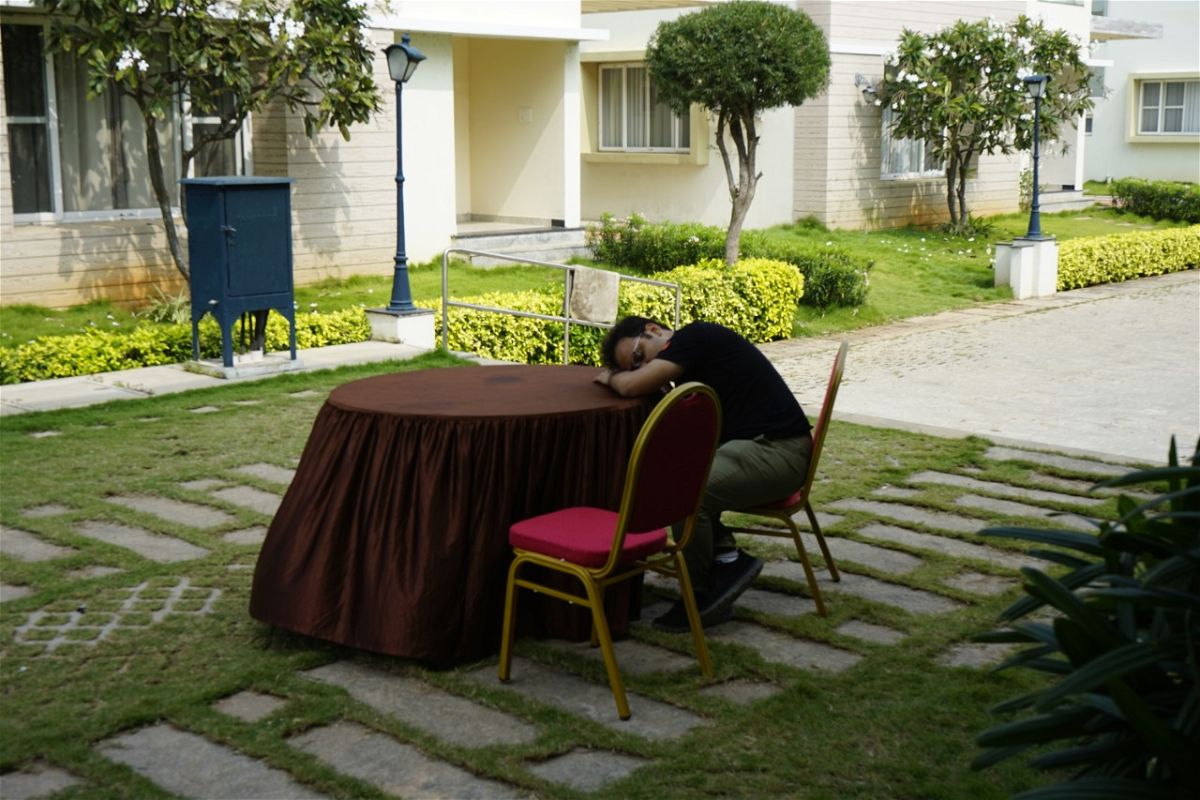 Previous articles of the camp:

Inauguration: The syllabus of the training

Day 2: To become a good chess player, just chess is not enough

Day 3: When to calculate and when not to

Day 4: Traits of a super talent