"You are going to fall at my feet and ask me to go back to positional chess and endgame!" said Vladimir Kramnik jokingly after an extremely intense session on day 8 of the Kramnik Microsense India Chess 2019 on Dynamic Play. What exactly does dynamic play mean? Does it mean tactical play? Does it mean aggressive play? In this article we tell you all about what Dynamic chess means with the help of an example from the game Ivanchuk vs Kramnik, 1993. We also give you a fresh question for the day, which Kramnik posed the students during the lunch session. It is not related to chess. No one was able to solve it! We hope that you, dear reader, would fare better than these young prodigies!

After seven days of working on endgames, positional chess and openings, Kramnik shifted his attention to dynamic play on day eight. 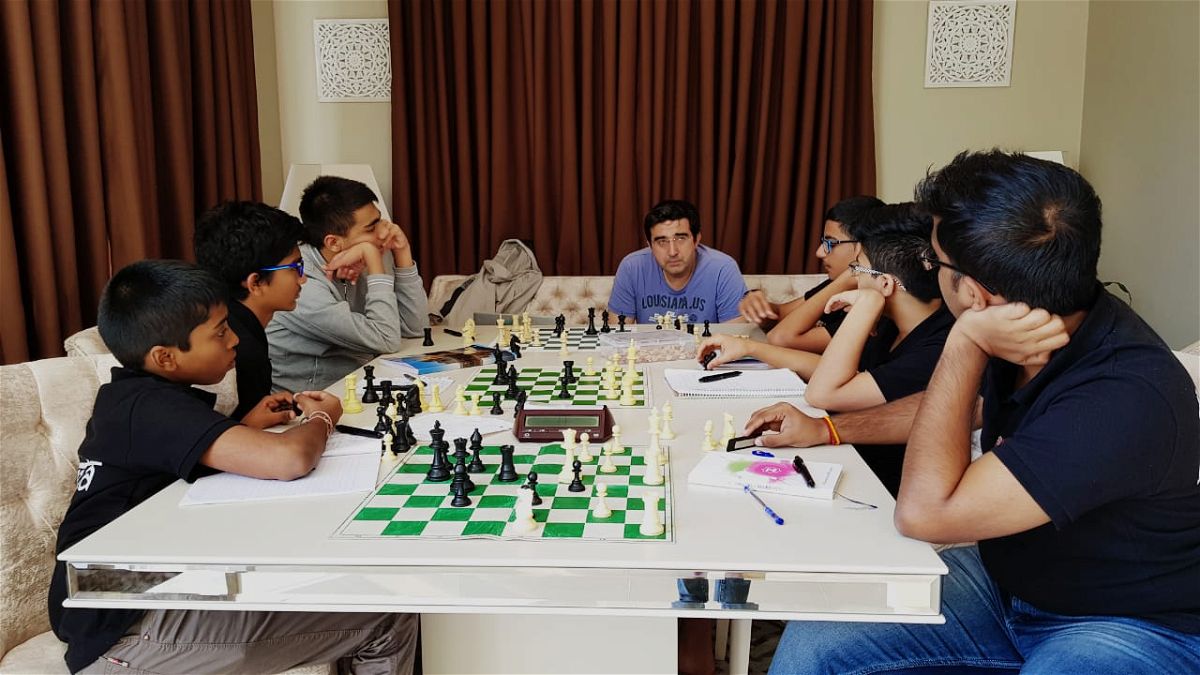 Gentlemen, this is going to be serious work today! | Photo: Amruta Mokal

When one thinks of Dynamic play the first thing that comes to mind is tactics. However, there is a difference between dynamic play and tactical play. You could say that tactical play is a subset of dynamic play. Because apart from tactics, there are a lot of things that make up dynamic thinking. The best way is to show you with an example, like Kramnik did on the eighth day of the Kramnik Microsense India Chess Program 2019:

White has just played the move 19.e5 - a very typical idea in the Sicilian. How did Kramnik react?

It makes absolutely no sense to move your knight from f6. First of all it doesn't have a good square to go to, and even if it did have a square, usually in the Sicilian the move e5 is more often than not countered by b4! So Kramnik played 19...b4! Here is where Kramnik asked the youngsters to get a bit serious and check the possibilities for White.

After quite some thought the move 20.Rd3! was found! Perhaps, this was not the best move, but it was surely creative play by Ivanchuk. He would like to take back on c3 with his rook, before capturing the f6 knight. Kramnik, now decided to take on e5 with his pawn 20...dxe5 21.fxe5 bxc3. Here the game continued with 22.Rxc3. However, it was important to check 22.exf6 Qxh2 23.Rxd7!? 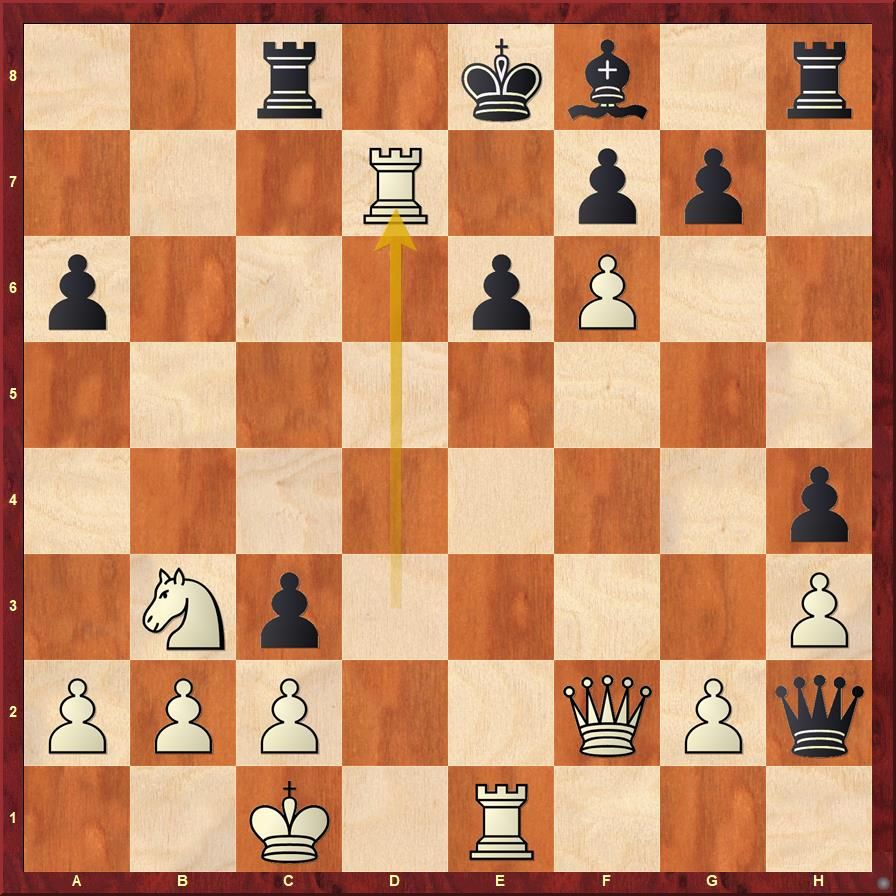 Here it is necessary for Black to find the idea 23...Qg3! Note how important it was to have the pawn on c3 and not prematurely take on b2 as then the white queen could have moved to the d2 square. You can check the variation in the notes below, but after 23...Qg3! Black is doing fine.

Coming back to the game 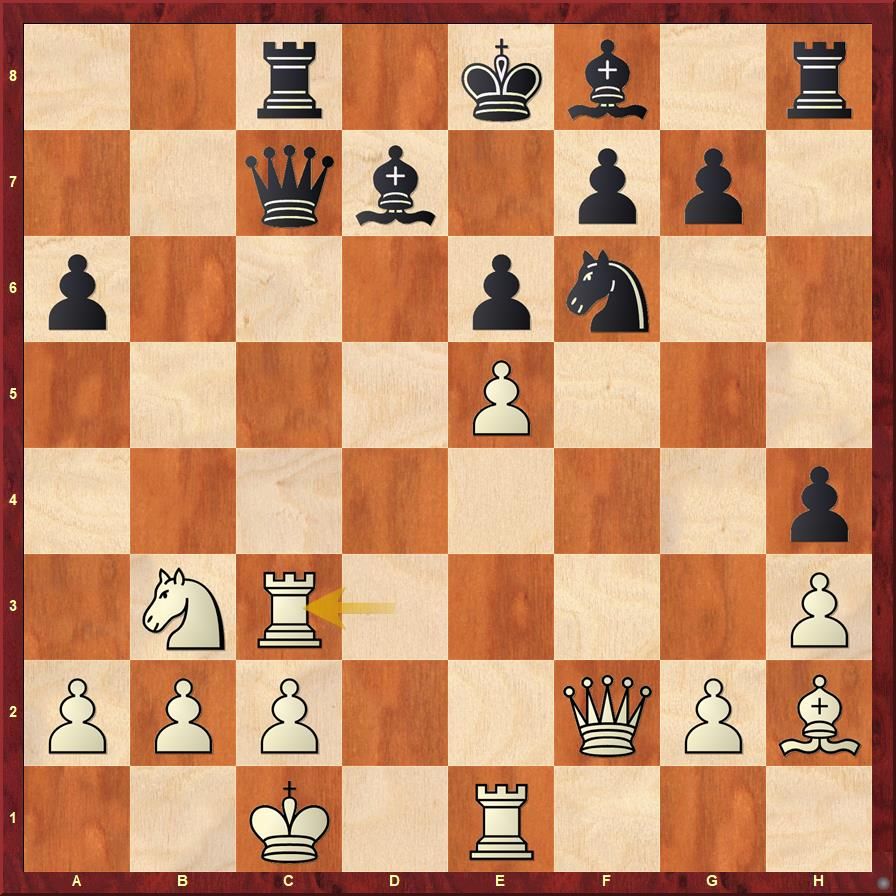 White took on c3 with his rook. What would you do as Black?

If you played the move 22...Qxc3 you have a good news waiting for you and a bad one! The good news is that you played just like Vladimir Kramnik. The bad news is that there was a stronger alternative at your disposal. This is what Kramnik wanted the youngsters to find. 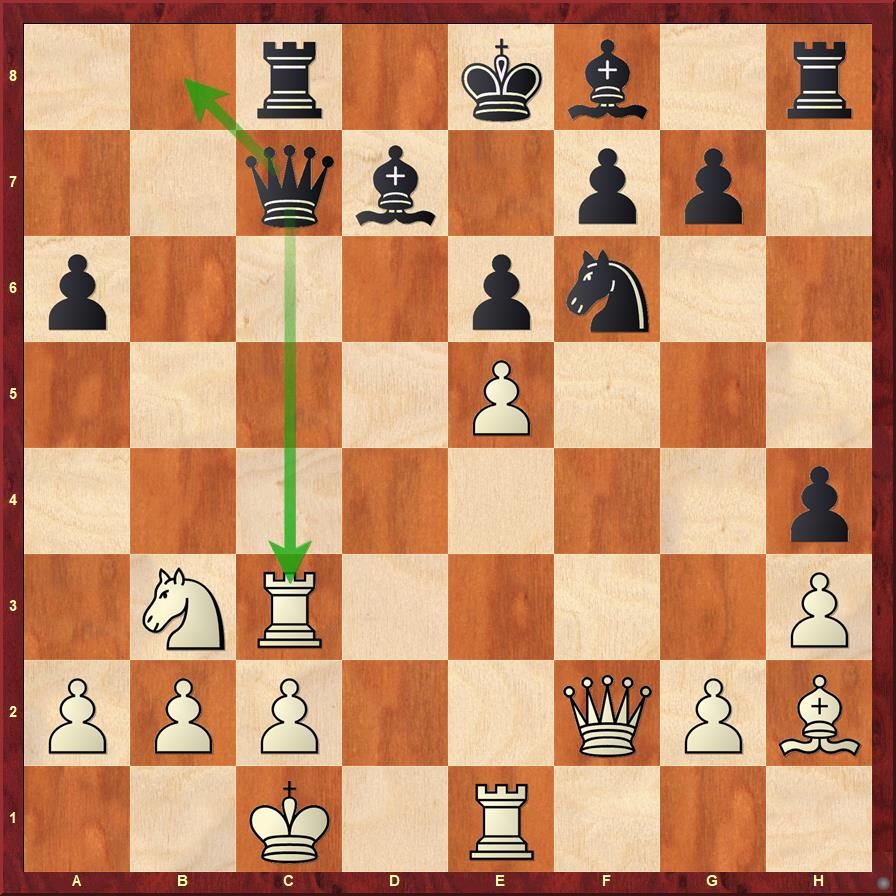 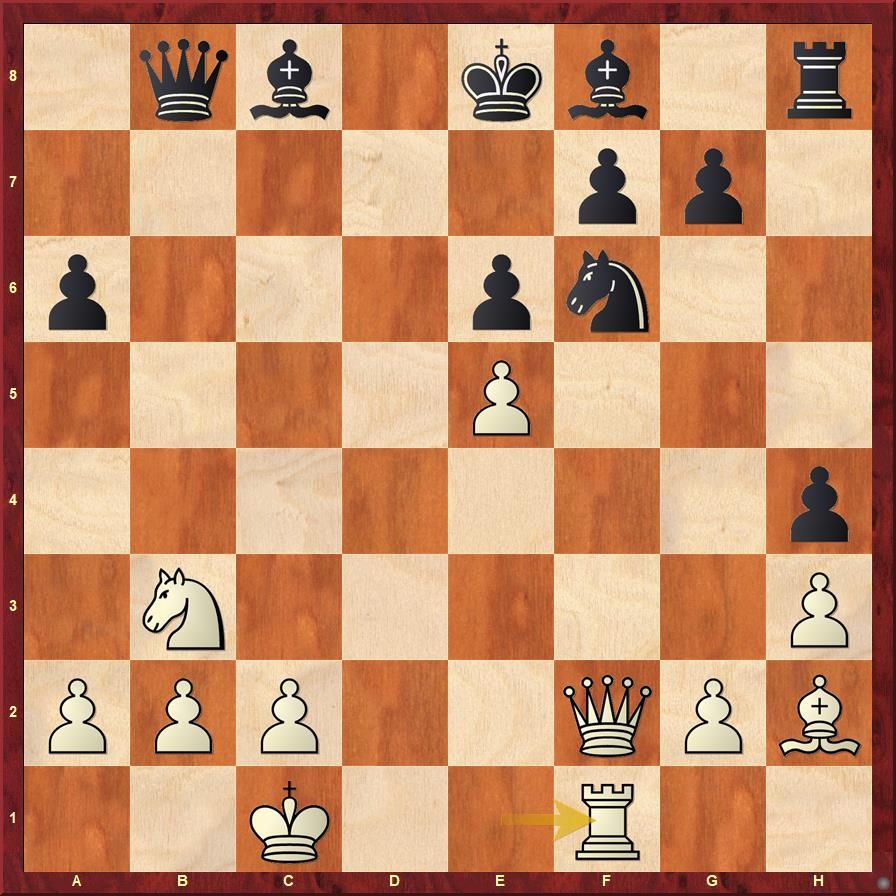 Kramnik had seen until this point but had missed the next move for Black. Can you find it? 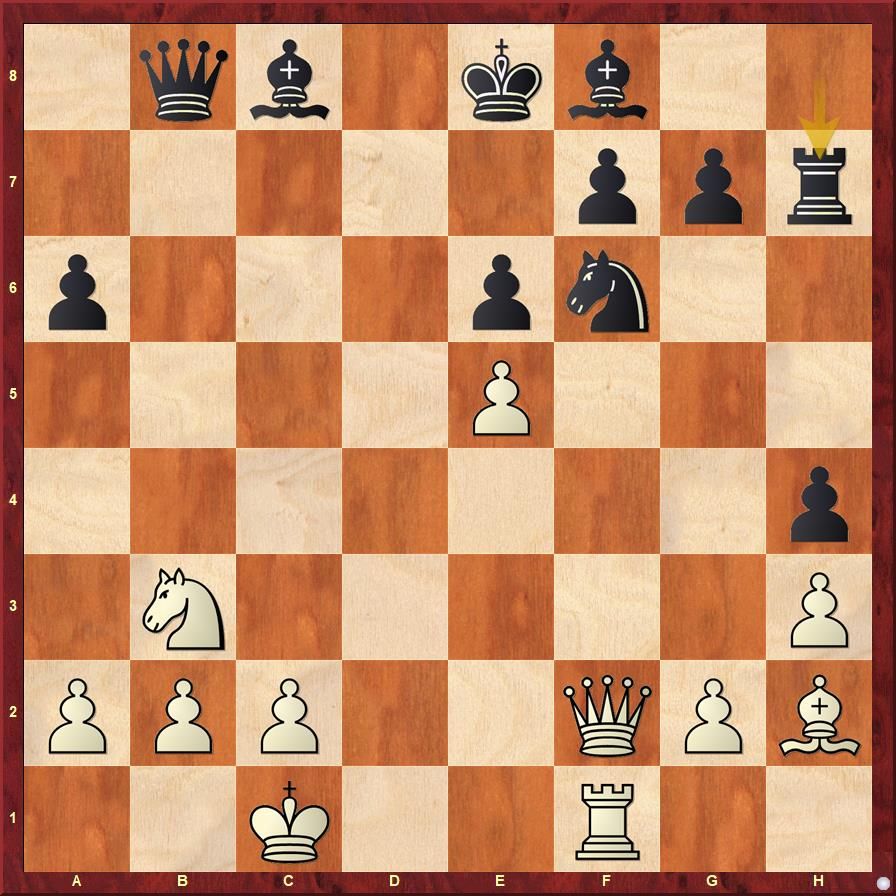 24...Rh7!! What a brilliant defensive move. Once you see it, it becomes completely clear that after 25.exf6 Qxh2 White has nothing up his sleeve because the rook defends the f7 pawn! If Vladimir would have seen this, he would have definitely gone for this variation. 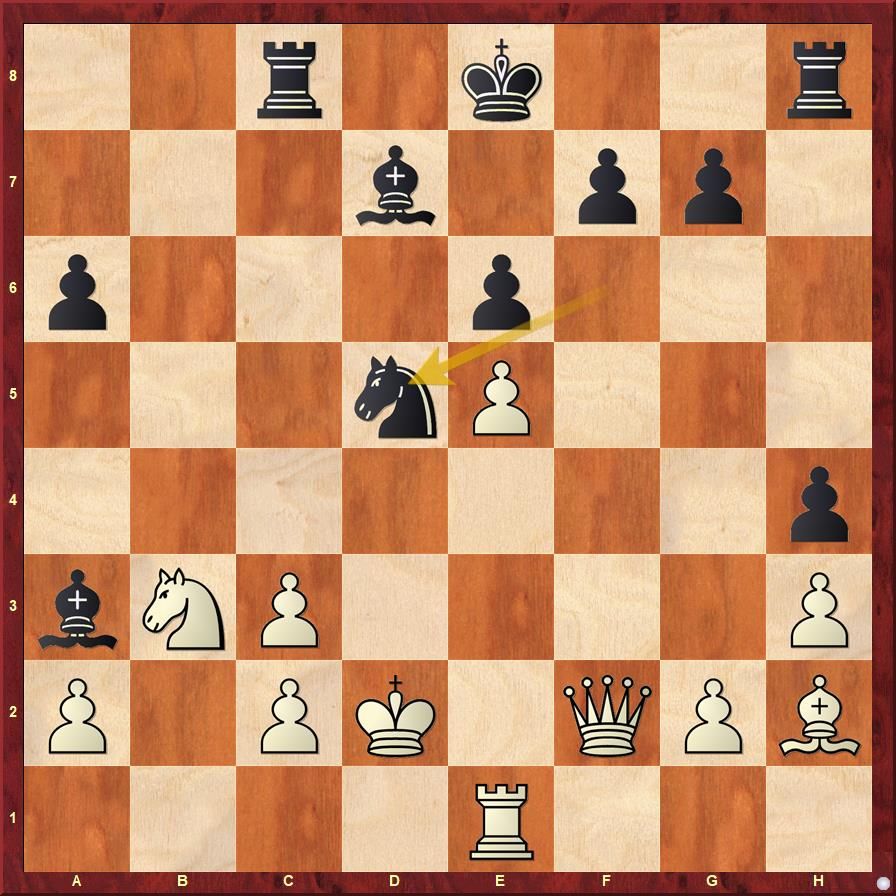 One more problem for Kramnik was that the compensation after the queen sacrifice was so good that he didn't look too deeply into the other line. As it turns out that Black has excellent play in the above position as well. But if he would have played 22....Qb8 then he would have won the game easily.

So you see dynamic play is not just about tactics. It is about looking at all the options carefully, finding creative solutions, looking at complex defensive ideas, basically understanding the entire picture and the demands of a chess position.

After the above game, Kramnik showed another one of his extremely complex duel against Alexei Shirov from 1994. Those were the good times when I played the Sicilain, Kramnik exclaimed. After lunch, the session just rose to another level when Kramnik decided to show his game against Magnus Carlsen from Wijk Aan Zee 2010. This is a game that was analyzed for nearly three and a half hours. The kids got a taste of what analysis at the highest level looks like. As Gukesh mentioned after the class, "The biggest difference I could feel was that once Kramnik starts a variation, he has the discipline to look at it all the way until the end. This is what we have to develop!" 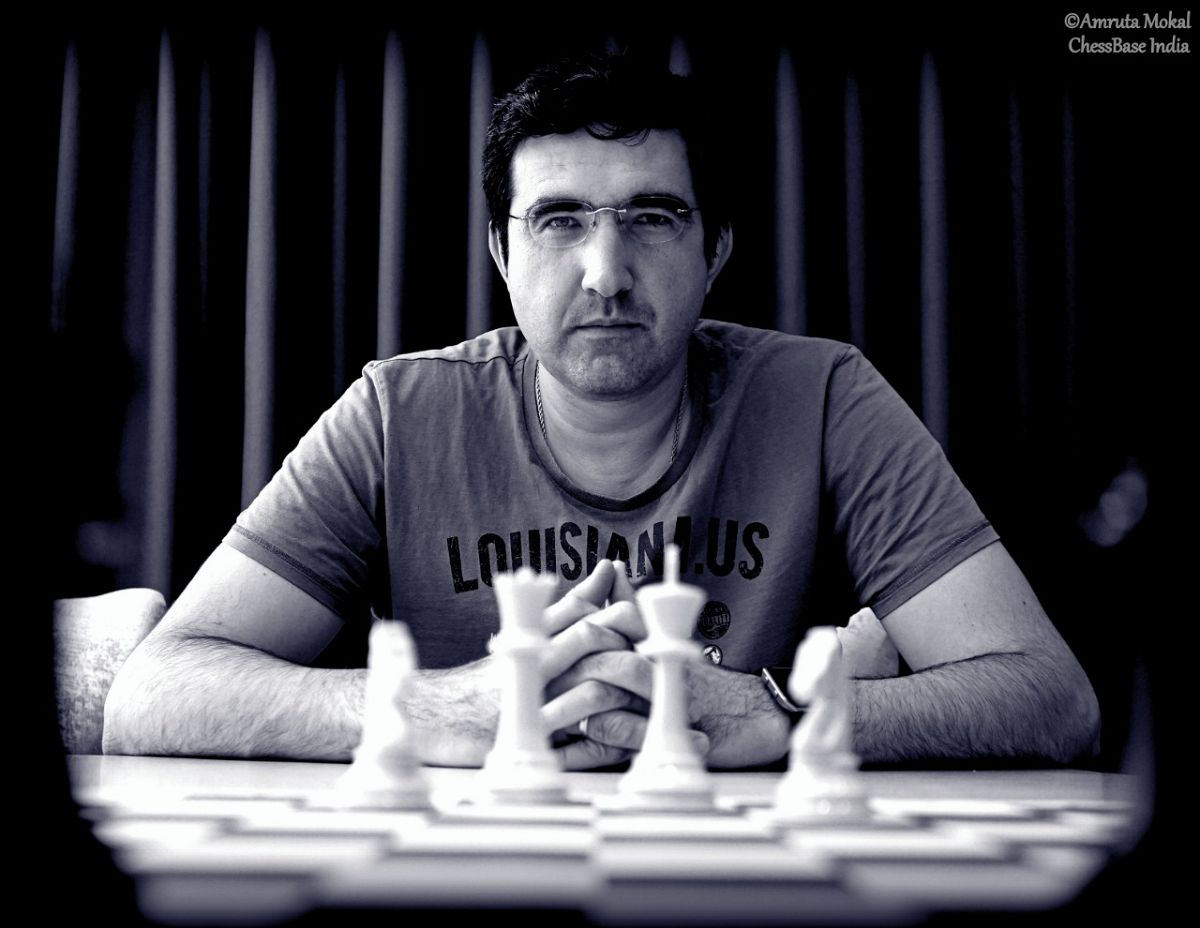 Vladimir Kramnik after the session: "You are going to fall at my feet to go back to endgame and positional chess!" | Photo: Amruta Mokal 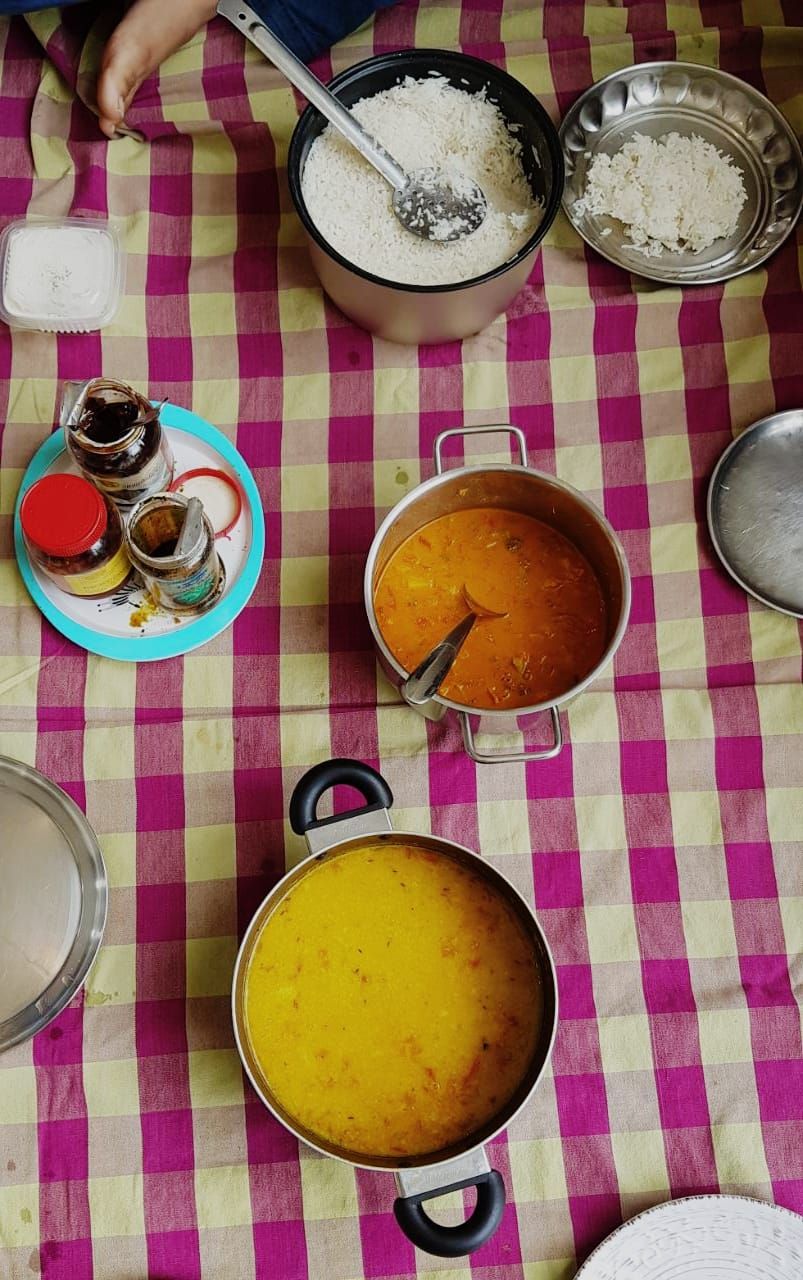 The lunch was rice with dal, a vegetable and some pickles! | Photo: Amruta Mokal

During the lunch the discussion revolved around engines and how Kramnik makes use of them in order to improve his preparation | Photo: Amruta Mokal

By now Vladimir must have got used to us eating with our hands! Let's see if we can convince him to try that out on the last day! | Photo: Amruta Mokal 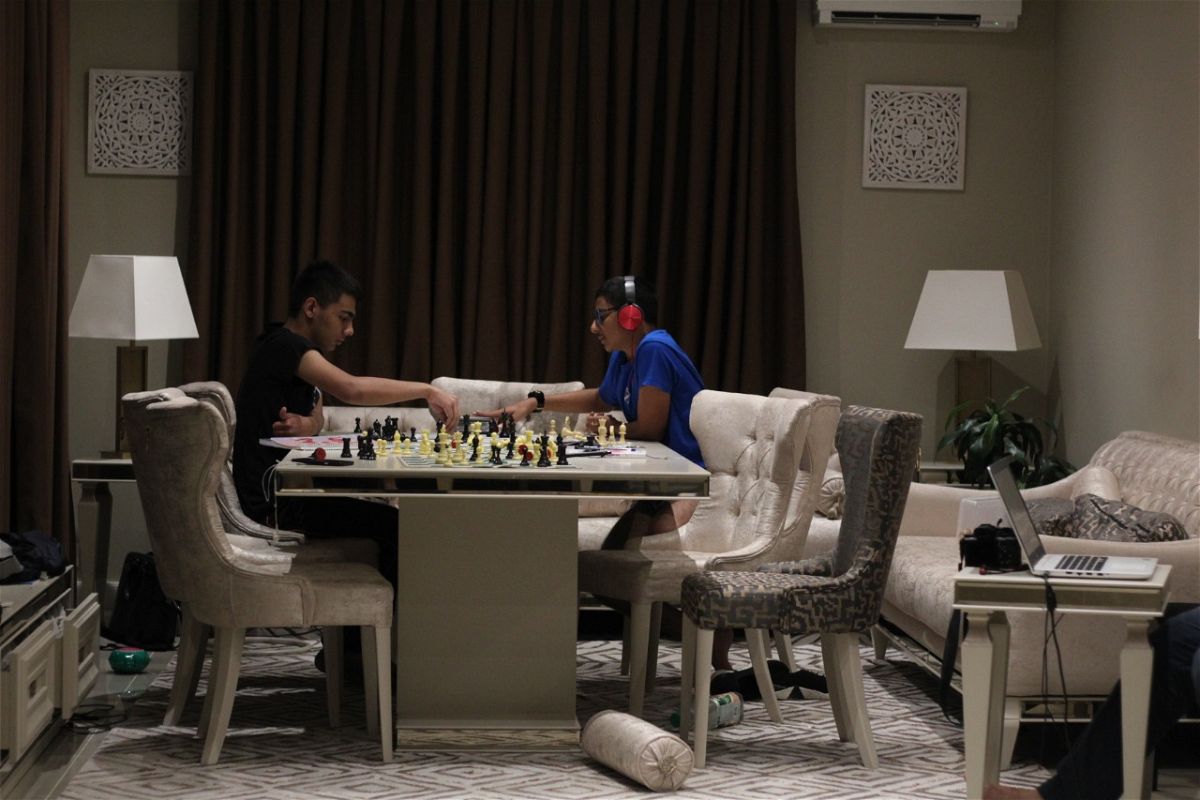 One of the reasons why I feel each one of these youngsters will go far is because they just love playing chess. Even after such a tough session, the relaxed by playing more chess! | Photo: Amruta Mokal 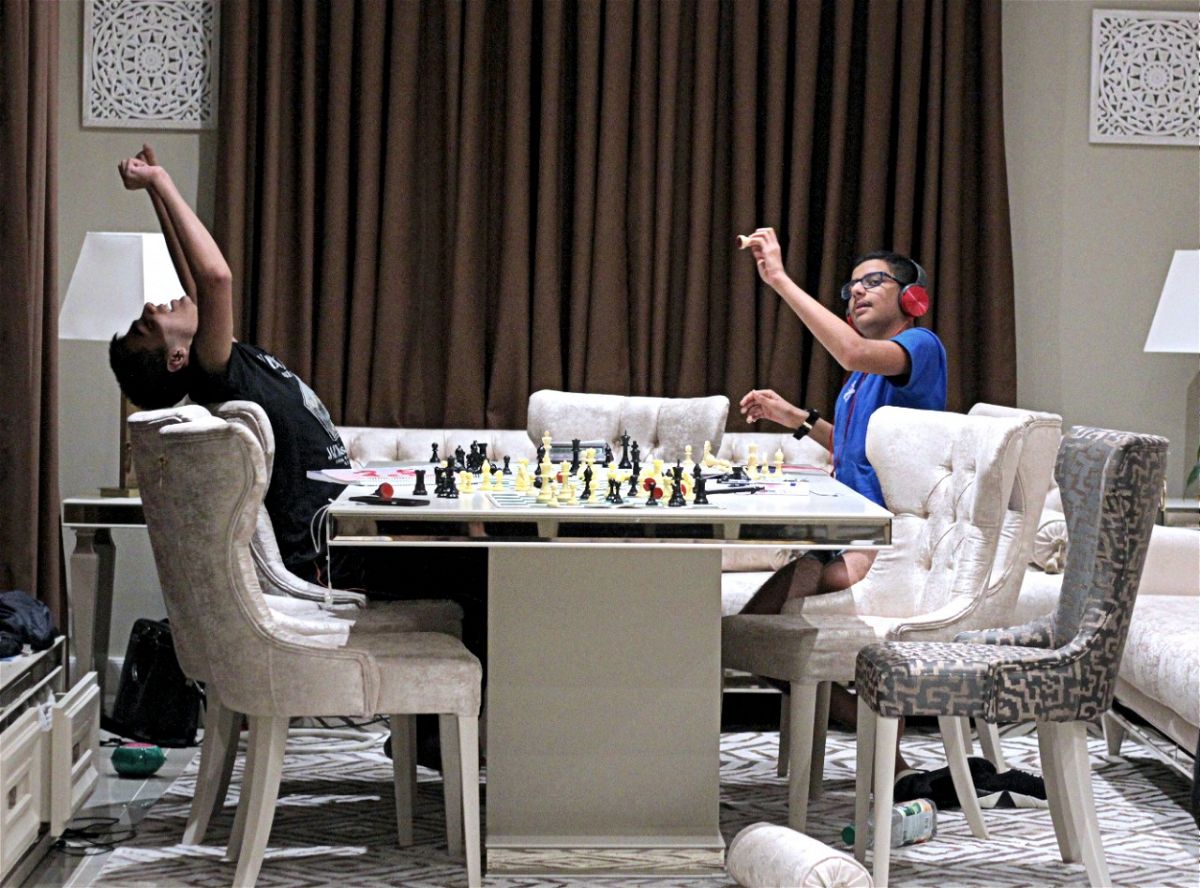 Solution to the question for the day: 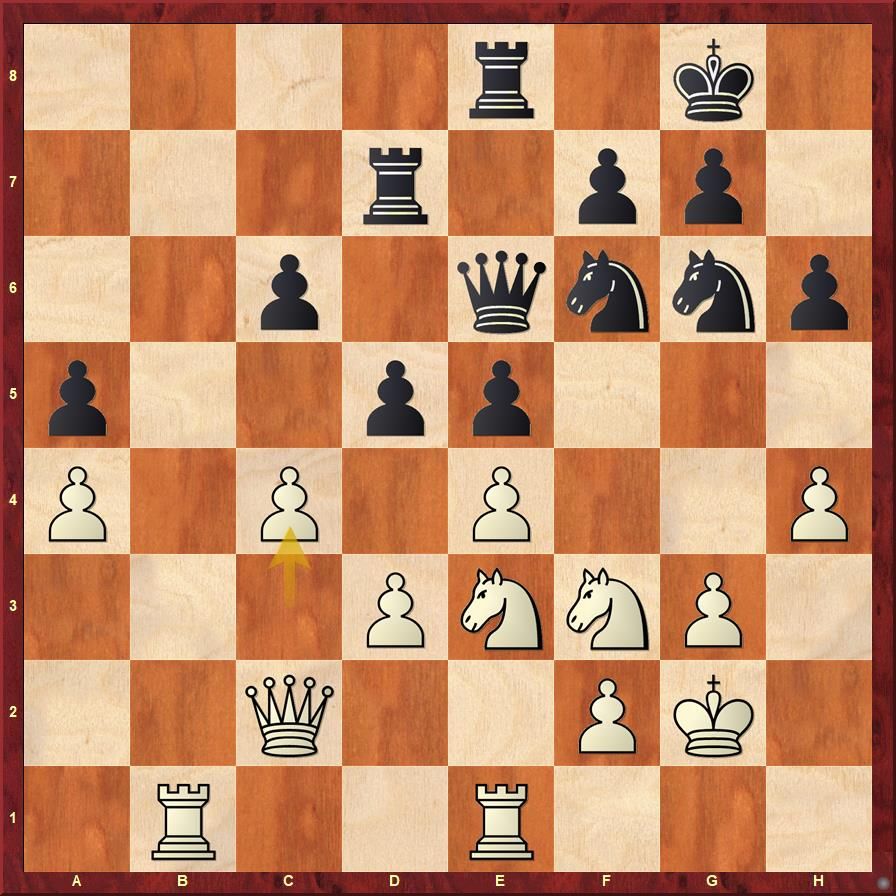 The question asked to you was - What would you do here with Black. Would you take on e4, would you keep the tension with Red8 or would you close the position with d4.

The right move is the anti-intuitive d4! At first sight it seems like a positional error. But it is infact the strongest move in the position. The logic behind it is that other moves are not so great. Keep the tension with Red8 means that White can play cxd5 cxd5 and Rb5! putting a lot of pressure on Black's position. And in the above position taking on e4 is also not as appetizing option because the knight on e3 is clearly superior to the knight on g6. After the first move d4, Black has to play very accurately and launch a kingside attack. This is shown by our two youngsters Prithu Gupta and Raunak Sadhwani in the video below:

Prithu and Raunak explain to you what high level decision making is all about!

Question for the day:

We have been asking you chess questions for the last seven days. Today it's time to take a short break from that and give you a puzzle which Kramnik posed to the youngsters during one of the lunches. Here's the puzzle:

You have two bags of 100 coins each. You have to make just one operation so that the coins in one bag is exactly the double of coins in the other bag.

1. You cannot cut the coins

3. You cannot make more than one operation.

4. Coins cannot be thrown away. They have to be in one of the bags.