Chess is not anymore a game between brooding old men hunched over drab checkered boards and slogging away for hours. That stereotypical image of chess and chess players is passé—the royal-game has shed it's serious intellectual outlook and is now being truly embraced by the masses at large as a legitimate sport capable of giving even soccer or tennis a run for money. Chess, for the first time, is gaining traction among them who perhaps do not fit into the traditional chess player mould. Thanks to some unlikely men and women joining forces, there are novices taking up and becoming passionate about the game literally every other day. How has all this happened is the question in everyone's mind. Vaibhav Bajaj, a new chess initiate himself, takes you through his journey over the past few months and gives you an idea of how the spectrum of the game has been changing lately at the very grassroot level.

Amidst lockdown when no one had a clue on how long it was going to last or how severe COVID actually was, I fell in love with chess. It started as a momentary infatuation watching Comedians on Board (Thanks to Samay Raina, a name whose importance and relevance is mentioned below), but little did I know that five months into the COVID lockdown, I would still be engrossed in this beautiful game. 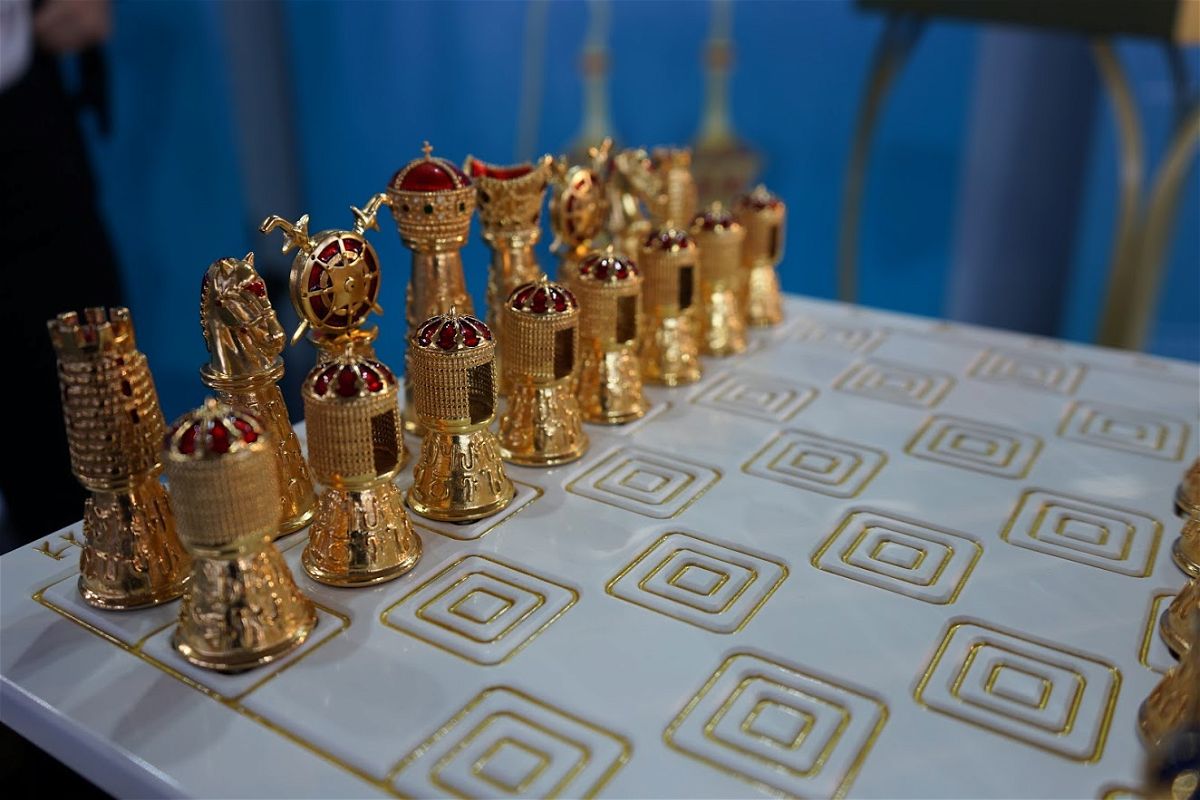 I have added chess in my repertoire of sports that I follow which already encompasses football, tennis, and basketball. I am a complete fanboy now and have been following all the tournaments live as I do for all the other sports. I have gone through countless Wikipedia pages to know about the evolution of chess as well as the history of its prominent players. I have diligently watched the live streams for all the chess tournaments in lockdown: Online Nations Cup, the entire Magnus Carlsen Tour, and finally was among the ~69k users (the biggest chess audience ever across online tournaments and live streams) watching the first Online Chess Olympiad Final between India and Russia!

And who would have thought that we would also become witness to a moment as historic as India winning olympiad gold alongside Russia? In a wat, the Lockdown has undoubtedly been a blessing to chess fans across the world!

I started playing chess on 25th April 2020 on chess.com and have not stopped since. As you can see in the screenshot below, I have already played 772 blitz or rapid games. 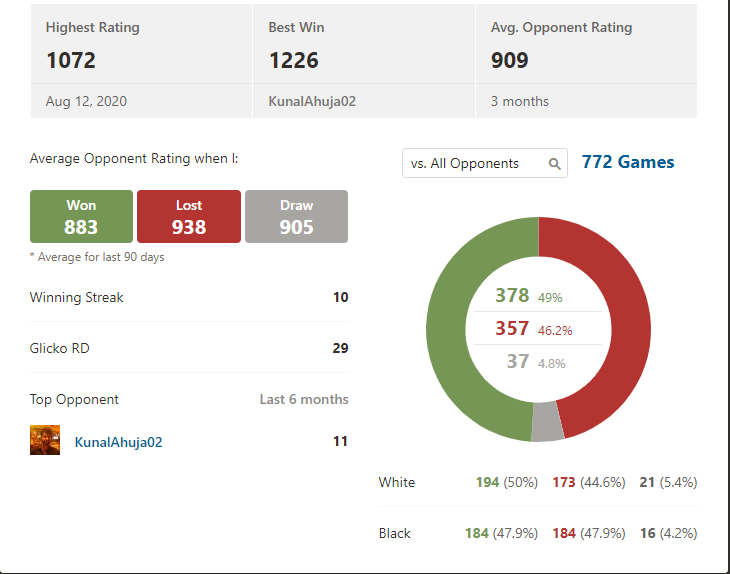 The number of games played on chess.com
My Puzzle Stats

Chess has become a hobby for me now and I play it regularly. It has provided me an escape from the routine monotonous corporate life. To improve my game I have currently started solving a lot of tactics that help me find ideas and also keep my mind on the edge for spotting analogous patterns during an actual encounter. And when sparring online, the following have become my weapons of choice:

My current favorite opening with Black: Sicilian and King’s Indian

Why you should also start playing chess? Well, when I started out, it was tough to keep going as I kept losing. I did not know the basic traps and tactics that my opponents eager to pounce on my mistakes came up with. But, as I strove and kept going, I understood how colourful the bichrome checkered board could actually be. 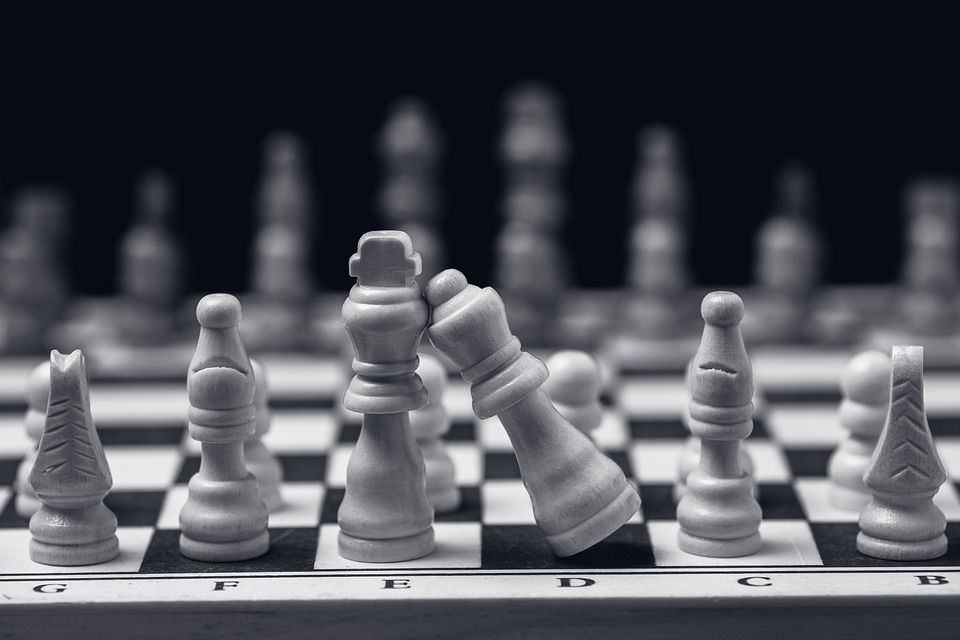 Chess can make you fall in love and its black and white shades can fill your life with some of the brightest colours. As the great Tarrasch said: "Chess, like love, like music, has the power to make men happy."

Chess enhances your IQ, creativity, memory, and problem-solving abilities. For me, chess has helped in increasing my concentration and focus. It keeps you occupied and filters out the negative thoughts that tend to creep in during these lockdowns. Moreover, it is my fundamental belief that you should always keep learning new things. You may not be good at it first, but it is necessary to step out of the comfort zone for the thrill and the adrenaline of trying something new.

Finally, a token of appreciation to those people who have helped increase the visibility of chess in India:

The biggest credit for all this goes of course to Samay Raina. It is sometimes difficult to understand whether Samay is a comedian in the guise of a chess player or a chess player in the guise of a comedian. But Samay is indeed the man, the standup comedian who has helped Indian chess grow by leaps and bounds during this lockdown with his countless streams on Youtube.

There is not enough that can be said about him. He introduced us to various Grandmasters of chess and showed us the funny side of players like Vidit Gujrathi (India No. 3), Anish Giri (World No. 10), and Radjabov (World No. 9), and finally also none other than Magnus Carlsen (World No. 1 and the current World Champion) on his stream to keep the Indian chess viewing audience engaged. He, along with the best teacher and person, Sagar Shah, and fellow comedians: Biswa Kalyan Rath, Vaibhav Sethia, and Anirban Dasgupta, have been streaming chess diligently everyday to keep the audience engaged to the game.

It would hardly be an exaggeration to say that Samay ka abhi samay chal raha hai! However, jokes apart, Samay Raina has truly been the biggest revelation to the chess world during this lockdown. The way he has combined chess and humour has struck a real chord with the general audience. He is actually doing what few has been able to do before: showing the world how cool chess can be! 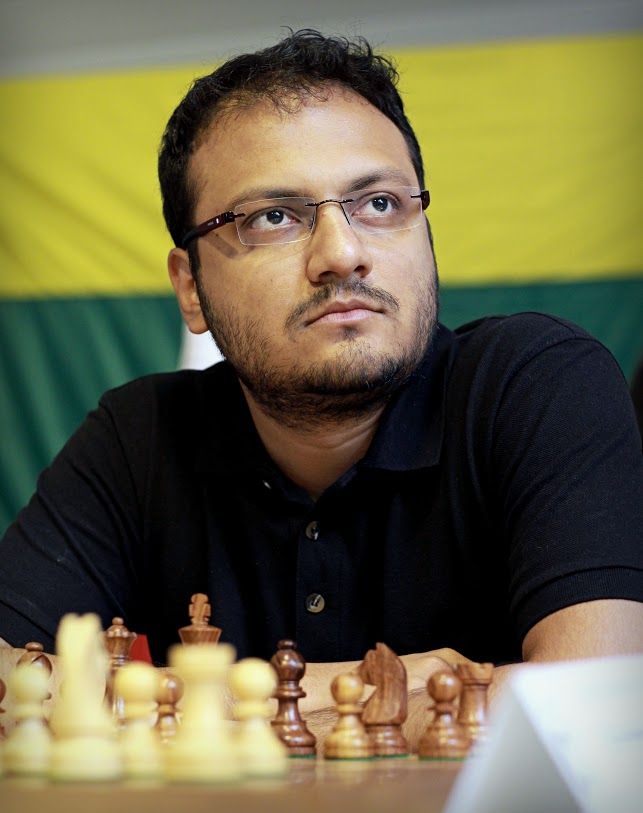 Needless to say, all this would not have happened without Sagar Shah, the CEO of ChessBase India and the man with vision. Sagar is fondly referred to as "Guruji" in his live streams! He is the one in charge of grooming the comedians into fine chess players...
You will have to follow the "Improving Chess" series on ChessBase to see how the well-known faces of stand-up comedy like Vaibhav and Biswa are picking up skills on the chessboard... Sagar trains them daily and this series has reached its 96th episode at the time of writing this article. Well, that's some consistency!

Samay, Sagar, and Co have not only helped chess grow in India but in the process they have run various charity streams to contribute towards COVID reliefs (880,000 Rupees or approx 11,000 $), West Bengal Floods, and even helping younger chess players pay for their expensive training camps as well as gain funds for the specially-abled chess players. When it comes to charity, there is one name that cannot be missed which is Anshuman Das. All the chess players, as well as chess viewers, know the impact he has had on the donations with his trademark Rs10,000 super chats (on Youtube) as well as generously donating 1000$ to the research for the cure of the rare ovarian cancer a few days ago.

Know about Nishtha Gupta and her fight against ovarian cancer in this huge, close to three-hour long video, that was streamed live only a couple of days ago. Anshuman Das contributed 1000 US Dollars during this stream which amounts to more than 73,000 in Indian Rupees.

Note: You too can offer your support for this noble cause. Visit this website and contribute to life-saving low-grade serous ovarian cancer research.

By the way, Anshuman is yet to reveal his identity. We do not know who he is and what he does but we are still mesmerized by the generosity of his donations during various online chess streams.

Samay and Sagar are also in talks with Anand Mahindra, the chairman of the famed Mahindra Group of companies, to start a Chess League in India similar to the Indian Premier League (IPL) to popularize chess even more and ensure it reaches to an even larger audiences. Hope their plans come true as it will definitely give a push to the underappreciated sport of chess.

Some great articles about the chess boom in India:

1) Don't miss this ChessBase India exclusive chronicling the unprecedented explosion in chess interest during covid times brought about by the band of stand-up comedians.

2) And this interview with the 22-year-old Samay Raina who has been the agent of this radical change.

1) ChessBase India (Sagar Shah's channel): The definitive a place where you get all the information and updates about the Indian chess scene, tournaments and players.

ChessBase India became a verified channel only recently and boasts of more than 450K subscribers at the moment!

2) Samay Raina's Channel: Goes without this is one of the hottest hubs for online fun chess streams these days.

From Magnus Carlsen to Vishy Anand, everyone throngs Samay's channel from time to time...Well, you too definitely should!

3) Anish Giri: One of the best chess players in the world and coolest streamers out there. You would not know you are following the World no.10 when you watch him cracking jokes with Samay and others.

However, he can switch on to his no-nonsense mode whenever he wants. He will be seen in real time action in the Candidates very soon!

4) Teimour Radjabov: Another world-class player, someone who beat Garry Kasparov when he was just 15. Radjabov is the Raja or the king among all chess streamers. His wit and humour has won thousands of fans lately. But he is also into some serious content creating!

You must checkout Radjabov's ChessStars Academy if you haven't already!

5) Vidit Gujrathi: Last but not the least, the India no.3 and one of the most promising figures of Indian chess.

Vidit not only streams chess but also about other things he considers fun. Technology is his latest fetish!

I am an ardent data science and sports enthusiast with a knack for problem-solving and constant humor. A Zythophile who is on a personal goal of running 100 kms for the month of September.

My pen name: WhiteClay stems from my love for Real Madrid(who wears White Jersey) and Nadal (who is the king of Clay).

My Quote: Baldness got to me first, well before the wisdom associated with it could!