Samay, Vaibhav, Anirban and Joel enter the Semi-Finals of Comedians on Board III

What a day it was at the Comedians on Board III. The much anticipated Biswa Kalyan Rath vs Samay Raina game took place! Samay was in his element as he decimated his opponent with tremendous accuracy and purposeful moves. Defending champion Anirban Dasgupta has made it to the Semi-finals making short work of Abish Mathews. Vaibhav Sethia played a great game to beat Abhishek Upmanyu. The find of the tournamennt Angad Singh Ranyal's dream run finally came to a halt at the hands of Joel D'souza. IM Sagar Shah brings to you all the action from the quarter finals. He also discusses some of the critical moments from the pre-quarterfinals. An illustrated report.

The Comedians on Board had a lot of excitement in store on day two of the event. There were 8 pre-quarterfinals lined up and 4 quarter finals. While the pre-quarterfinals had a clear favourite in every game, the quarter finals definitely had the viewers glued to their seats. Over 69.000 concurrent viewers joined in the game between Samay Raina and Biswa Kalyan Rath. The live commentary video now has over 1 million views! That's how popular this event is. 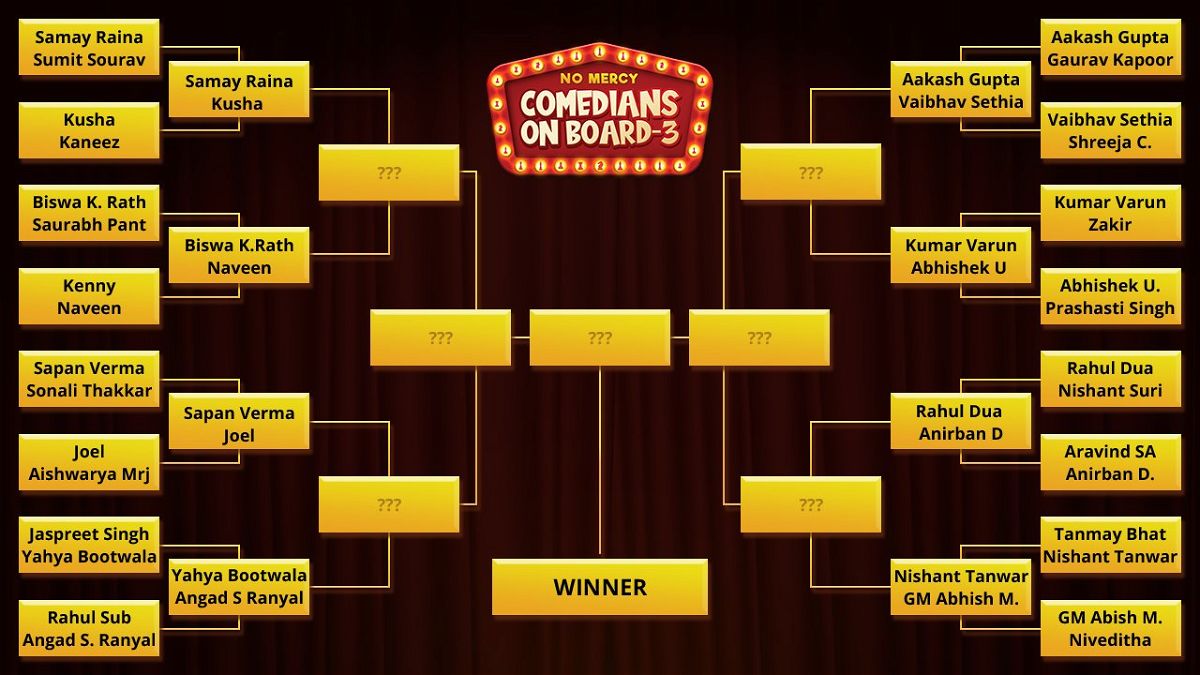 Biswa Kalyan Rath, Joel D'souza, Angad Ranyal, Vaibhav Sethia, Abhishek Upmanyu and Anirban Dasgupta - all six of them had easy games in the pre-quarterfinals. The games that generated a lot of excitement in round of 16 were Kusha Kapila against Samay Raina and Nishant Tanwar against Abish Mathew.

After his performance against Tanmay Bhat in round 1, it seemed as if Nishant Tanwar was the favourite to win this match. However, Abish...GM Abish Mathew had something else in store!

In the first game after many errors by both sides, a position was reached where Nishant was two pawns and a rook up. Instead of trying to checkmate his opponent, he kept moving his rook and make his opponent lose on time. However, Abish moved quickly and instead of the game ending in a checkmate or loss on time for Abish, it ended in a draw due to the 50-move no-capture rule. 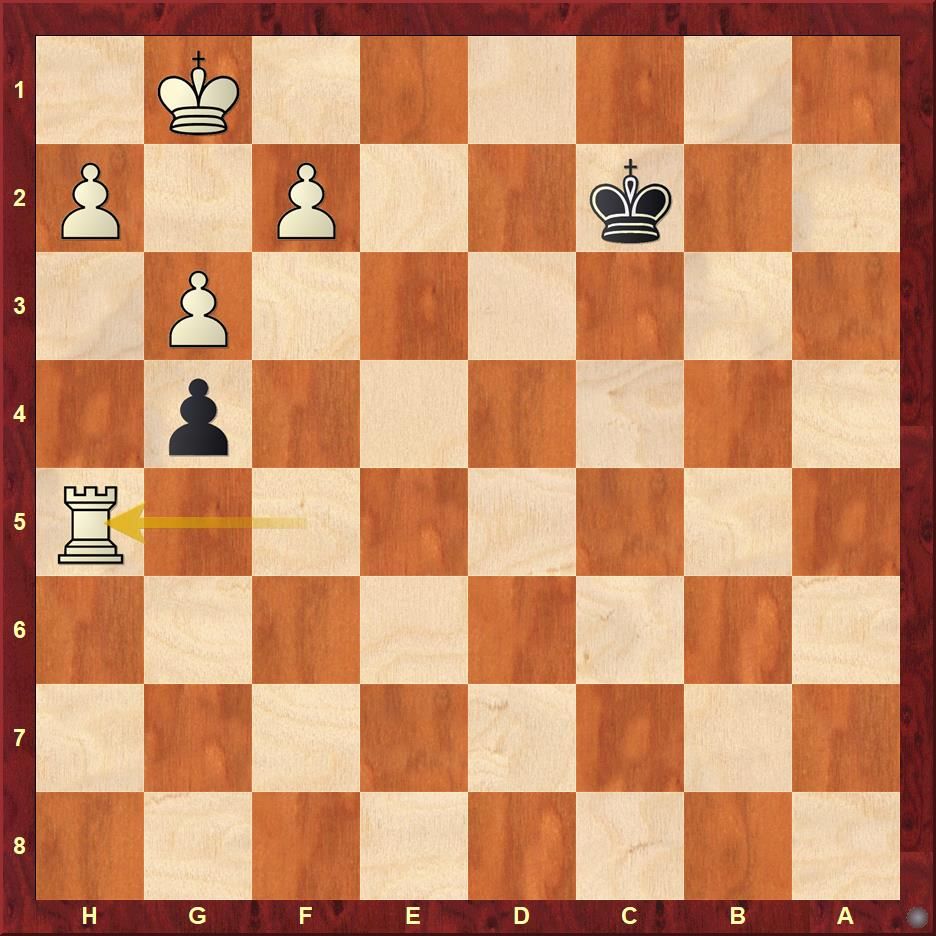 Nishant kept moving his rook for 50 moves and the game ended in a draw!

When the Armageddon began Nishant had the black pieces, while Abish had white. A minute advantage for Abish meant that he had to win the game. A draw meant that Nishant would go through. What happened next was simply unfathomable! Abish simply started moving his king up the board and checkmated the black king with his queen! 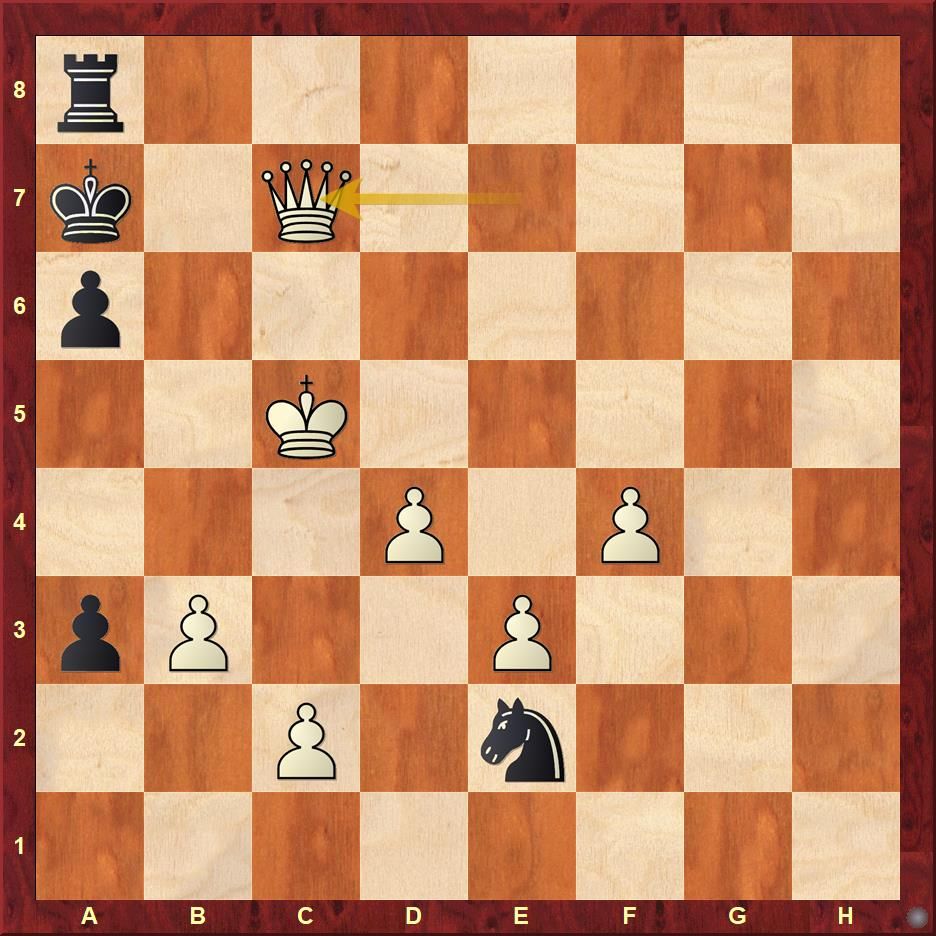 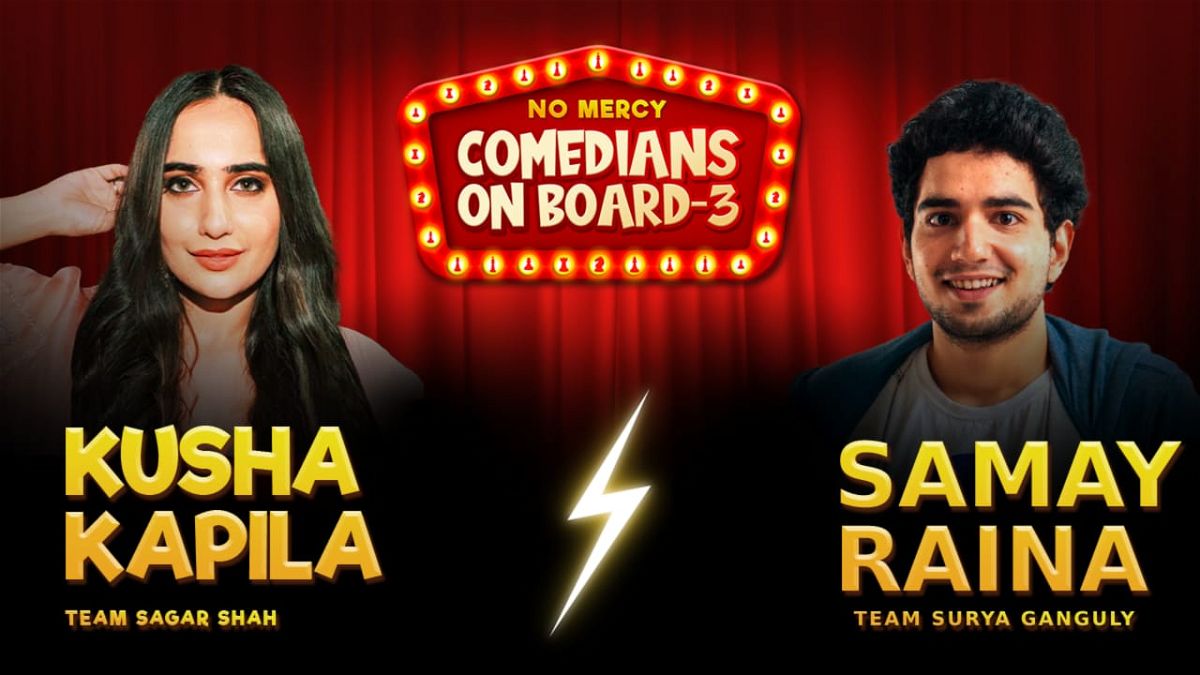 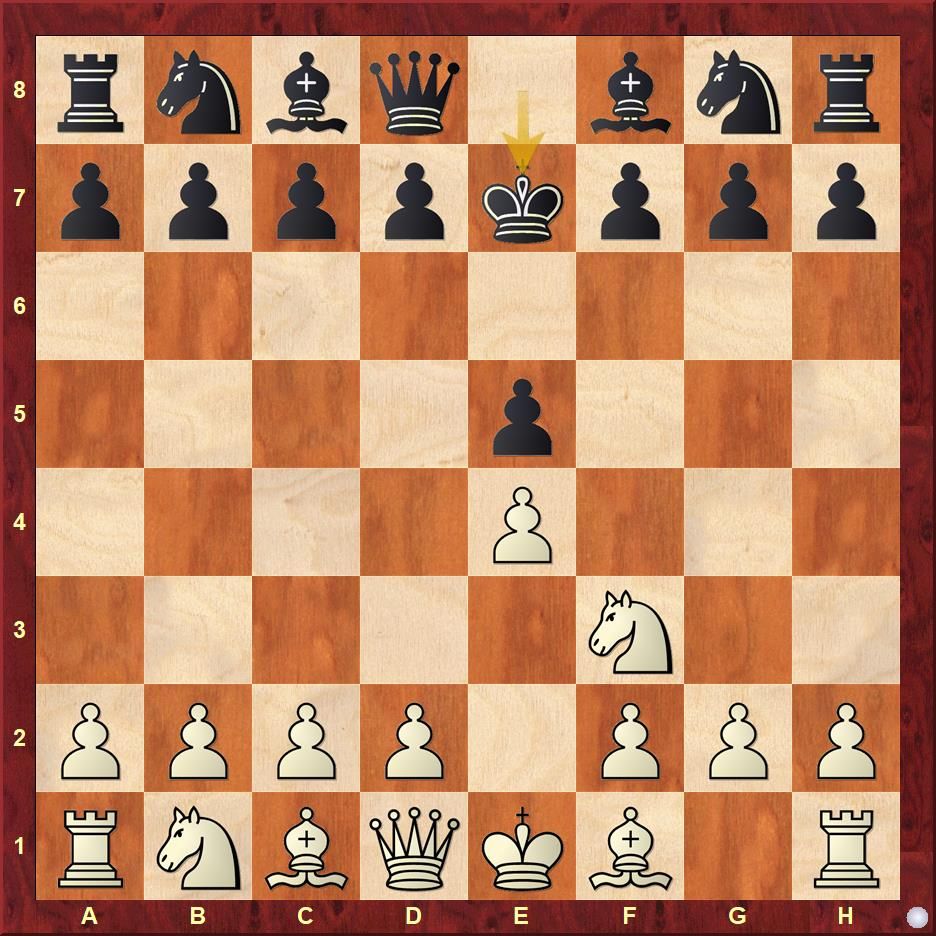 The Bongcloud opening with white e4 e5 Ke2 is silly, with the black piece it's just plain bad!

The Bongcloud opening came into prominence after Hikaru Nakamura played it against Jeffery Xiong and won the game! Samay is much stronger than Kusha and he decided to play 2...Ke7 in the opening to make the game more exciting! Kusha's online rating is around 350 only, but on this big occasion she played some tremendous chess. Until move 16 she had a completely winning position. Suddenly everyone in the crowd began to think if Samay was going to be knocked out! 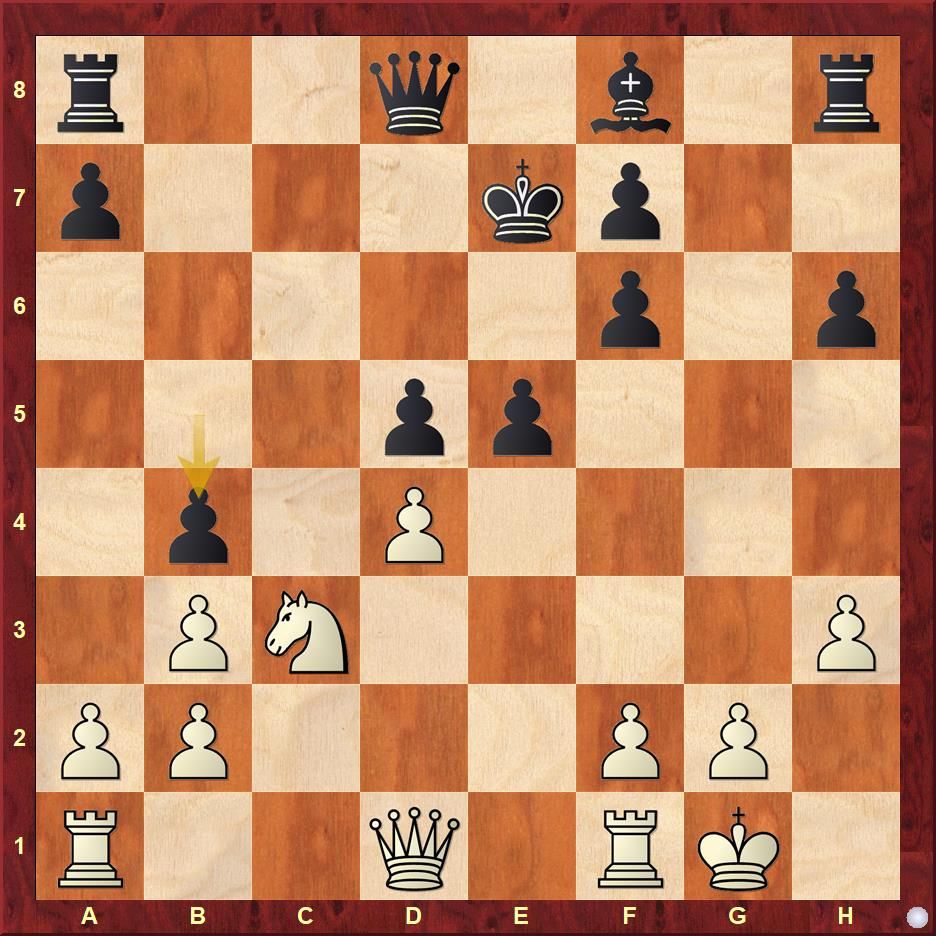 Move no.17 proved to be the fatal blunder. Kusha played Ne4 in the above position and lost a piece. Samay was just unforgiving after that!

Welcome to the Quarter Finals

The Quarter Finals line-up was just perfect. Abish Mathew was the only surprise qualifier. Seven other players were extremely strong. Anirban Dasgupta didn't have too much trouble in subduing Abish and he moved to the semi-finals without too much difficulty.

Joel Dsouza won his game against Angad Singh Ranyal, but not without excitement 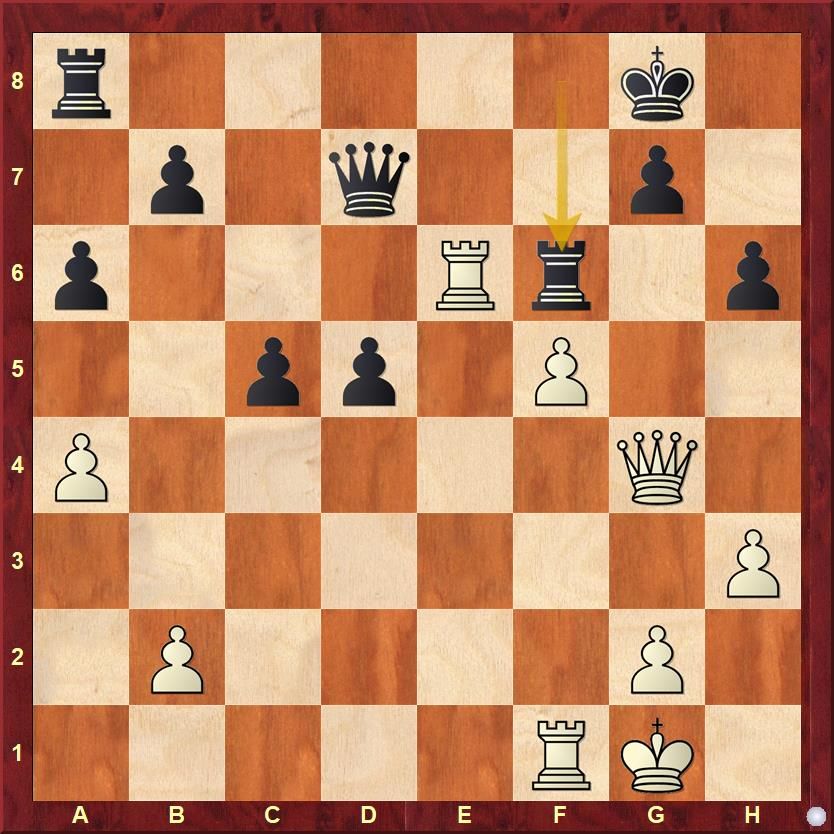 In a better position Angad blundered an entire rook with ...Rf6. Joel simply picked up the rook and black cannot recapture it because the pawn is pinned.
The find of the tournament, Angad Singh Ranyal | Photo: Angad Singh Ranyal Instagram
Vaibhav Sethia, an extremely hard working chess player. Abhishek Upmanyu - a natural talent. It was the clash of hard work vs talent! 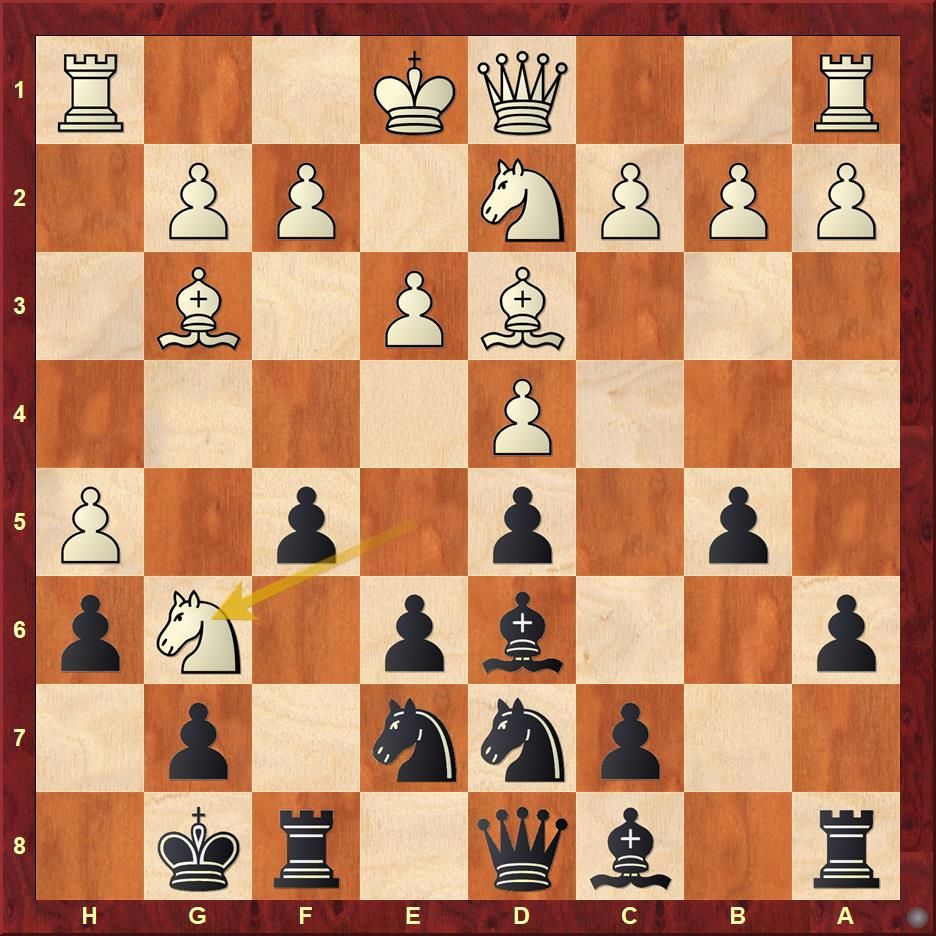 White has just moved his knight to g6. This was a critical moment in the game. Instead of taking back on g6, Vaibhav captured the bishop on g3. Abhishek instantly recaptured the bishop. Instead, he should have taken the rook on f8 when his position would have been preferable. Vaibhav took full advantage of the mistake and built up a winning position. 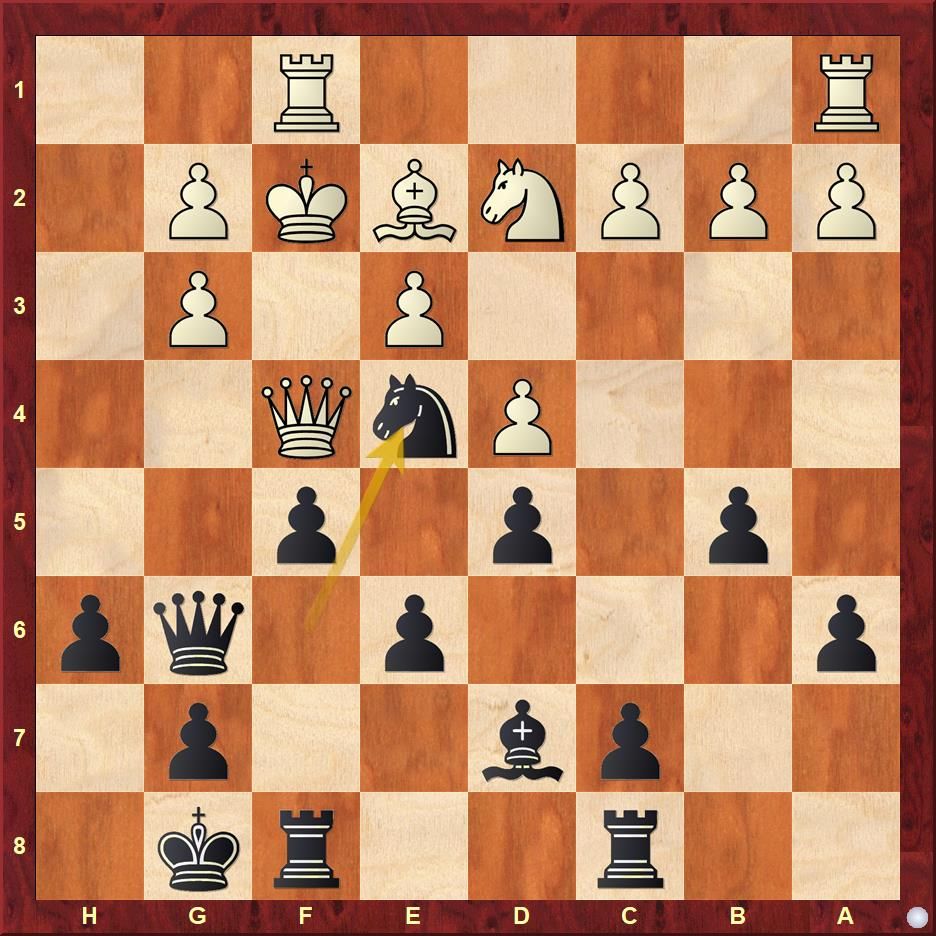 Black is of course winning in this position, but Abhishek simply hastened the end by taking on e4 with his knight. After fxe4, the queen on f4 was lost. It's pinned against its king on f2.

Biswa Kalyan Rath versus Samay Raina was the game everyone was looking forward to! 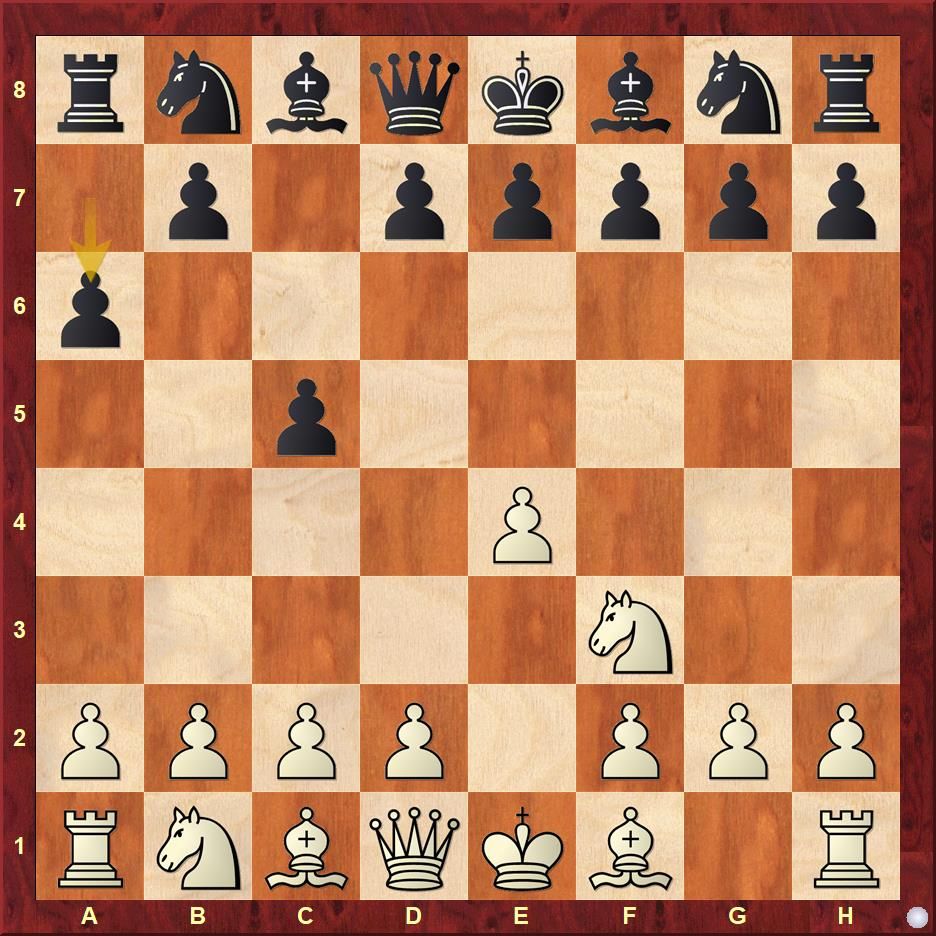 Samay made some smart preparation for the game by playing e4 c5 Nf3 a6!? - the O'Kelly variation in the Sicilian. Biswa instantly went wrong with d4. After cxd4 Nxd4 e5!? Black had already comfortably equalized. 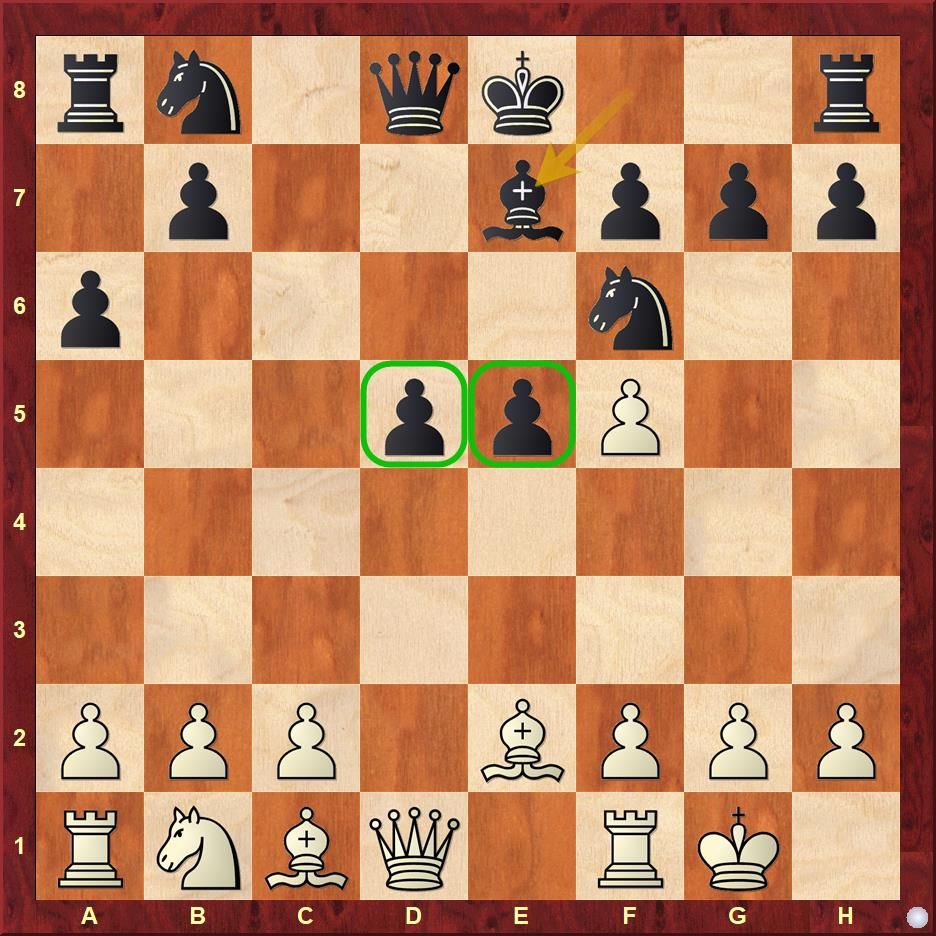 Very soon Black had a strong center. The position was still around equal because White had the bishop pair. 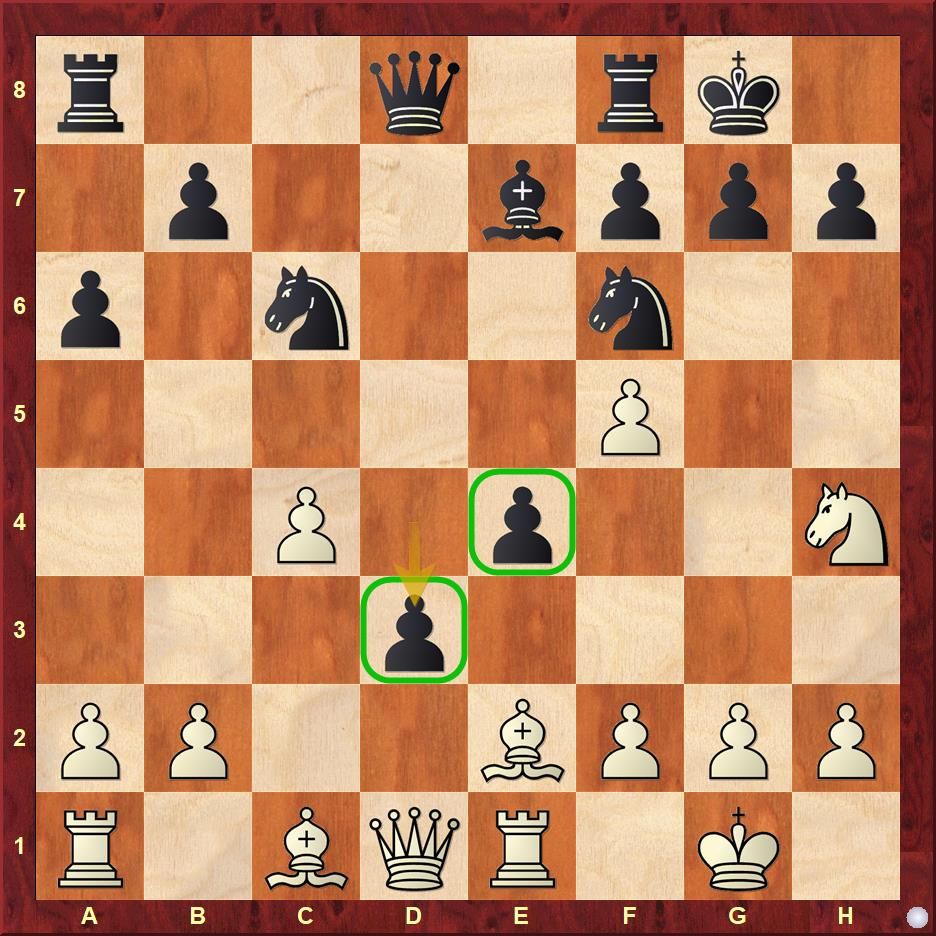 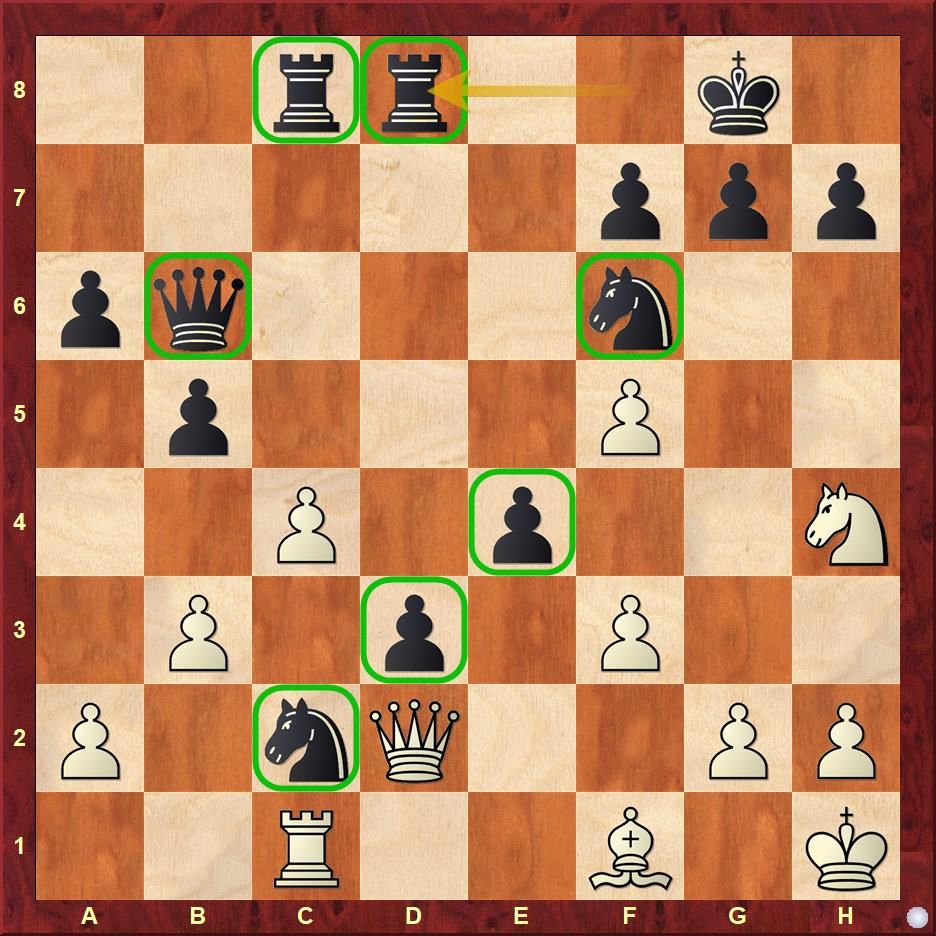 Four of the strongest players have entered the Semi-Finals of the event - Vaibhav Sethia, Anirban Dasgupta, Joel D'souza and Samay Raina.

Let us know in the comments section below, who do you think will come out on top?

Follow the LIVE commentary 6 p.m. onwards!
Top three finishers of the tournament will be given ChessBase 16 sponsored by ChessBase India
Chess. com and Graphy are the title sponsors of the event
Mama Earth has not only sponsored some prizes, but also a goodie bag for all the mentors
Related news: