It's one of the most exciting events coming up! 19th, 20th and 21st of November will witness 32 of the most famous comedians in India take on each other in a knock-out tournament named Comedians on Board (COB) to decide who is the best chess player among them! This is the third edition of the event. With a prize fund of Rs 500,000 (6700 USD) and comedians having millions of followers taking part, this is sure to boost the viewership and following of the sport. We bring you the favourites of the event and tell you about the prize money, schedule, mentors and more.

Chess has become very popular all across the world in the Covid-19 lockdown. Especially in India the surge has been humongous. The reason is a very strange synergy. The world of chess met the world of stand-up comedy and it was not just a flick for a few days, rather a sustained affair that has lasted for over six months now! Samay Raina is the man who decided to stream chess rather than going ahead with PUB-G or Minecraft and a few of his chess loving friends Biswa Kalyan Rath, Vaibhav Sethia, Abhishek Upmanyu supported him in his endeavour that began on Samay's YouTube Channel in April 2020. In the journey that has lasted over six months now, the number of people who have started following the sport has risen in a huge way. The Online Olympiad witnessed a massive viewership of close to 68,000+ people watching the finals between India and Russia.

Samay Raina, the mind behind the entire Comedians on Board concept

Speaking to ChessBase India, Samay Raina said, "I really love doing the COB event because the fraternity of comedians love chess so much. This time there was also a difference in their attitude. In the first and the second edition they just came on the stream and played the game. This time with around one month left for the event they started asking me if it was possible to get trained. That's how the concept of mentors happened. I am so glad that so many Grandmasters and Sagar Shah are training the comedians and helping them improve the game. The players are also becoming very strong now. We have Anirban who is rated around 1300, Vaibhav is 1400, Biswa is 1500, I have a rating of 1600, Joel 1700 and at some point Upmanyu was 1800! Even the new comers like Kusha Kapila, Kenny Sebastien, Aravind SA are showing such great interest."

"There is so much at stake here and every game will be decided by just one 10+0 encounter. It's like the super over of IPL in cricket. The pressure will be immense, there is a rivalry, there is action, there are training and improvement streams, there will be nerve wracking commentary! What more can one ask for! I believe the Comedians on Board 3 will be an event to remember for years to come!"

For the sake of understanding the players and the pairing of the event we have bifurcated the players into four sections of 8 players each (quarter). We analyze each quarter and tell you about who the favourites are:

The 32 comedians, all captured in one frame | Photo: bwithpics instagram

The first quarter (8 players) of the event is the most exciting one. The game between Samay Raina and Sumit Sourav will be the highlight of the first round. Sumit's strength is close to 1200 and in the previous Comedians on Board he had also managed to eliminate Vaibhav Sethia. While Samay is surely the favourite of the tournament, Sumit cannot be underestimated. The Quarter Finals can also witness the mouth-watering clash between Biswa Kalyan Rath and Samay Raina. It's a build-up that everyone is looking forward to since many days. The one who reaches the semi-finals from this quarter has a great chance of winning the event. Also the game between Kusha Kapila and Kaneez Surka will be a very interesting one as both are evenly matched. 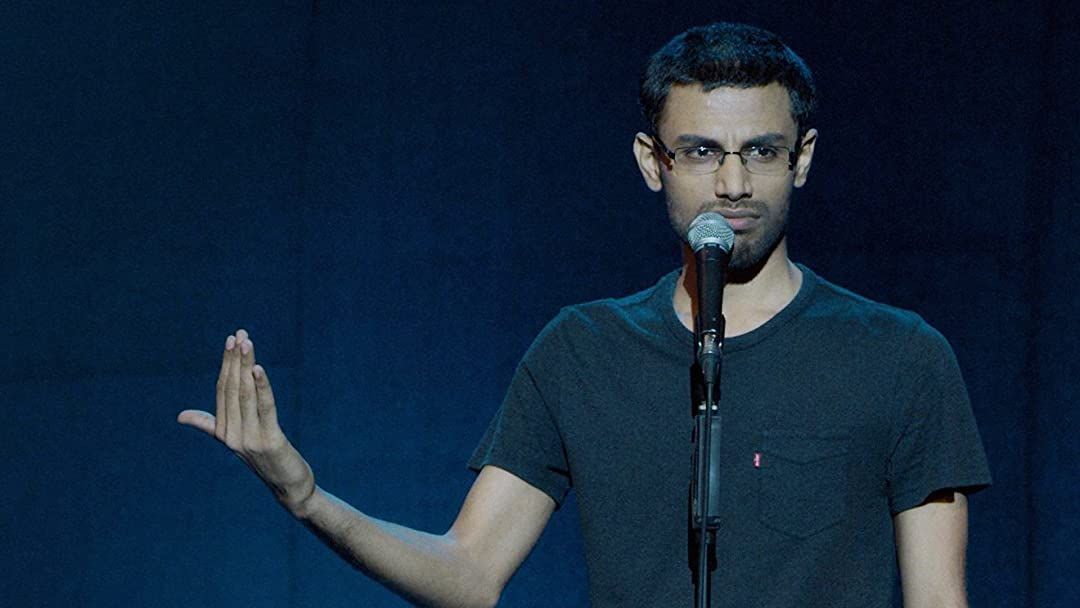 The clear favourite in this quarter is Joel D'souza. Although he may face some strong resistance from Rahul Subramanian, if things go as per what we have seen in the past, Joel looks likely to make it to the Semi-Finals.

Two strong players in this quarter are Vaibhav Sethia and Abhishek Upmanyu. Both of them, if located in different quarters would have had great chances of moving into the semi-finals, but now that they are in this together, a very intense quarter finals clash between the two has been set up.

He always has a smiling face and is as cool as a cucumber, but it goes without saying that he is one of the strongest participants in the event
Abhishek Upmanyu hasn't been training publicly for this event, but he has a natural flair to the way he plays chess

Anirban Dasgupta, the defending champion, has the greatest chance of making it to the Semi-Finals from this group. Tanmay Bhat is also a strong player and Nishant Tanwar is trying hard to improve as quickly as possible. But for now Anirban remains the strongest in this quarter. 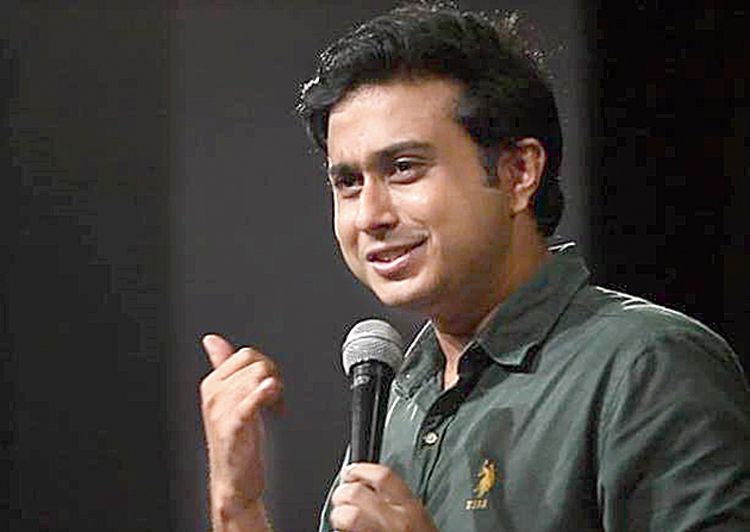 Pictures and Memes for COB3

One of the biggest controversies going into the COB3, which has made this tournament very exciting is, Samay Raina leaving his old mentor Sagar Shah to train under GM Surya Ganguly. Samay has improved under Sagar's tutelage since May 2020 and had reached a level of close to 1600 from 1000. However, on a livestream, Samay mentions all his learnings from Sagar as being absolute waste and joins hands with GM Surya Ganguly. Sagar in return pledges to teach "arrogant Samay" a lesson and is working intensively with Biswa Kalyan Rath. Both sides have made several snide comments on the other, but the most memorable of them all are the two songs that have been produced by Team Sagar and Team Samay. 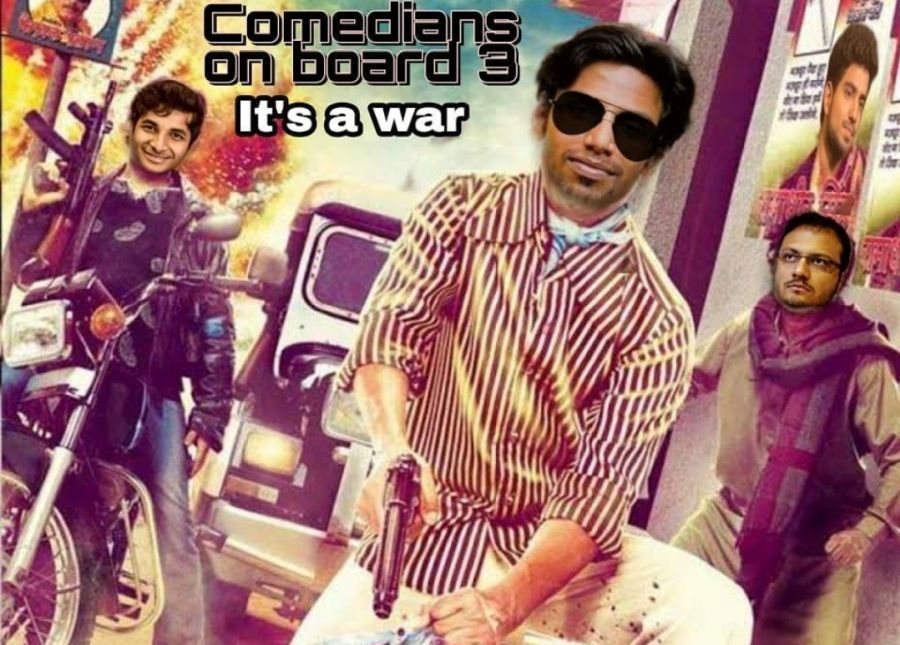 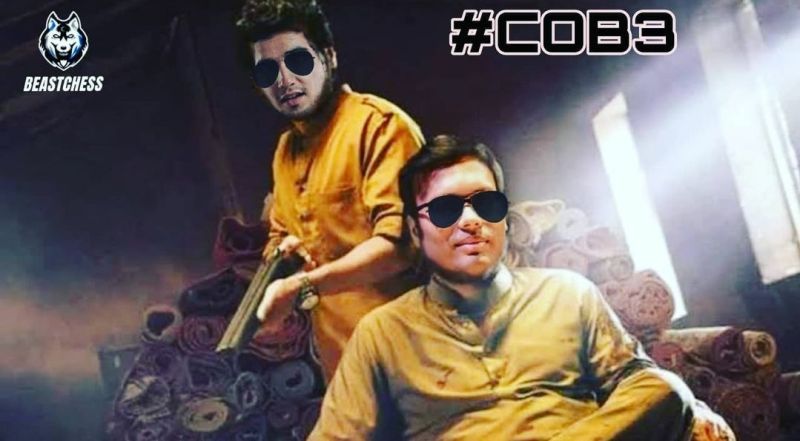 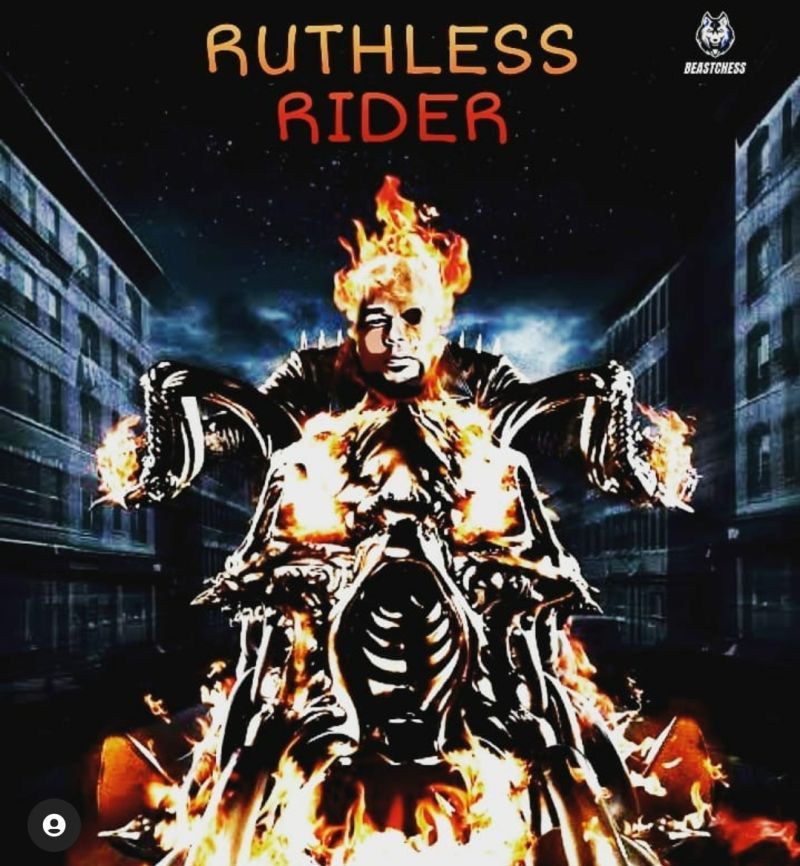 A look at Nishant Tanwar's channel is easy to convince yourself as to how interested he is in chess! | Photo: Beastchess instagram 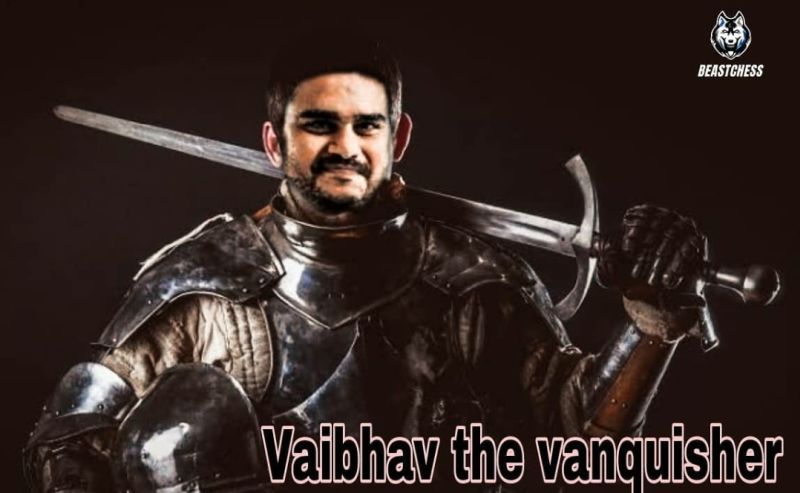 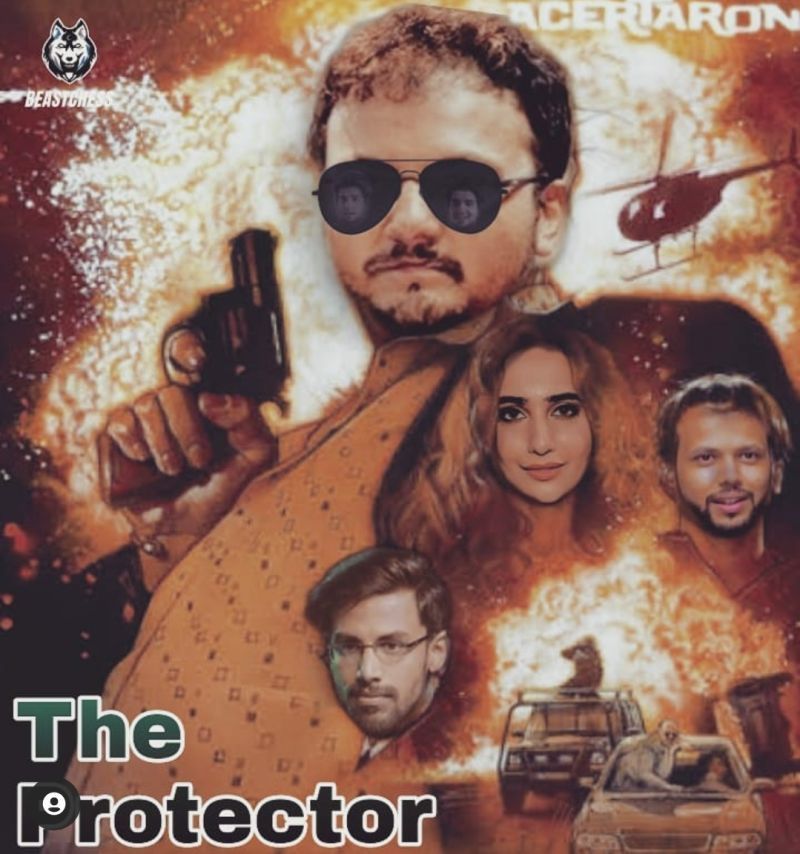 A total prize fund of Rs.500,000 will be distributed at the end of the event.

8. Sheegrapatan Award for winning in least number of moves: 10,000

The tournament will be held in a knockout format with the first round taking place on the 19th. The Pre-Quarters and Quarter Finals will take place on the 20th and the Semi-Finals and Finals on the 21st. We bring you the timings of the games on the 19th, so that you know when your favourite players will be on air.

The total prize fund for the event - Rs.500,000 has been sponsored by Graphy and chess.com
The top three winners will receive ChessBase 16

The reach of the event:

Just to give you an idea as to how popular some of the participants in this event are:

The above numbers just give you an idea as to how celebrated these personalities are. Their involvement with chess is sure to bring in more viewers and fans to the sport. We, at ChessBase India, are glad that this event is taking place and we thank each and every one of the 32 participants and the 9 mentors for taking out time and making sure that the game of chess reaches more and more people! People who have played chess seriously in their life know how beautiful the sport is and I am sure many more people will take it up after seeing their favourite comedians in action! See you on the 19th!