The Triumph of the twelve brave Olympians

30th of August 2020 is a day that would not leave the collective memory of Indian chess lovers for quite some time to come, for this is the day the country bagged its maiden chess olympiad gold. Thousands of chess fans - neophytes and experts alike - witnessed the historic journey, even becoming a part of it and sharing its trepidations. A lot happened on the final day India versus Russia match of the FIDE Online Chess Olympiad. In this article the author attempts to chronicle the sequence of events and shed light on their true import with regards to the prospects of the ancient sport in the country.

Today was a big day for Indian chess. Team India had qualified to the finals of a chess olympiad for the first time ever in history. The chess fans across the country were all pumped up today to cheer for the Indian players in their momentous match against Russia. The first round turned out to be a lip-smacking slugfest where both the finalists finished neck and neck with a score of 3-3. Even though India pushed the Russians to the edge on boards 2 and 3 (Vidit and Humpy), all games ultimately ended in draws. It was particularly disappointing for Vidit, who had simply outprepared Ian Nepomniachtchi in the opening and was clearly winning at one stage, to settle for only half a point with a desperate perpetual! Anyway, the fans held in their breaths, because now the entire pressure was expected to be released in the second round alone.

Well apparently, no one could resist the surge of Adrenaline, not even the FIDE Director General, Emil Sutovsky!

But in round 2 a terrible misfortune befell. Just when the action was reaching its point of climax, Nihal Sarin and Divya Deshmukh suddenly forfeited their games on time! Even Koneru Humpy was struggling with barely a few seconds on her clock, she had apparently lost a crucial few minutes too. But why? Words started coming in that the chess.com servers had apparently crashed.

FIDE tweeted about the development. But the matter was still very clouded. 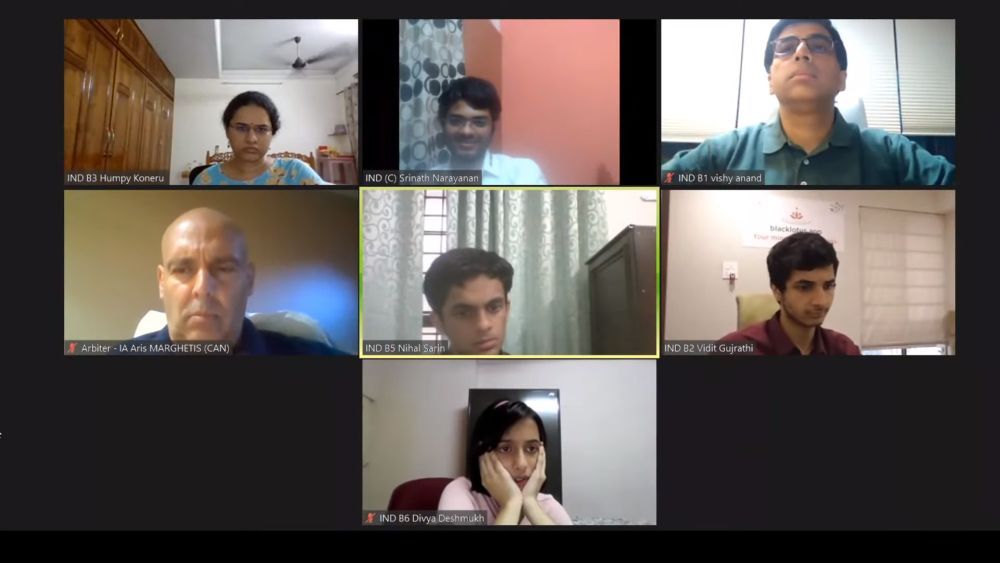 The Indian players were absolutely devastated. They had come this far and out of the blue it was all game over for them. The Russians had won | Source: Samay Raina Live Stream

During this time many people started to complain about disconnections that they had experienced while following the games on chess.com. There were also talks of massive internet failures. The captains of team India therefore proceeded to file an appeal with the authorities. But even then hopes were bleak. The same thing had happened earlier with the Armenian team and their appeal in that case was rejected by the committee. Hence, it was highly unlikely that they would make an exception on this occasion. Meanwhile, social media was being flooded with tweets and messages from fans who waited and demanded for some kind of a fair resolution.

The authorities certainly couldn't ignore the ruckus!
Chess.com acknowledged that there were cloudflare issues which affected their website

The protest was justified for several reasons, prime among them was Divya Deshmukh's heartbreaking loss against Polina Shuvalova. The youngster was on her way to a sparkling victory when the perils of server disconnection struck her. 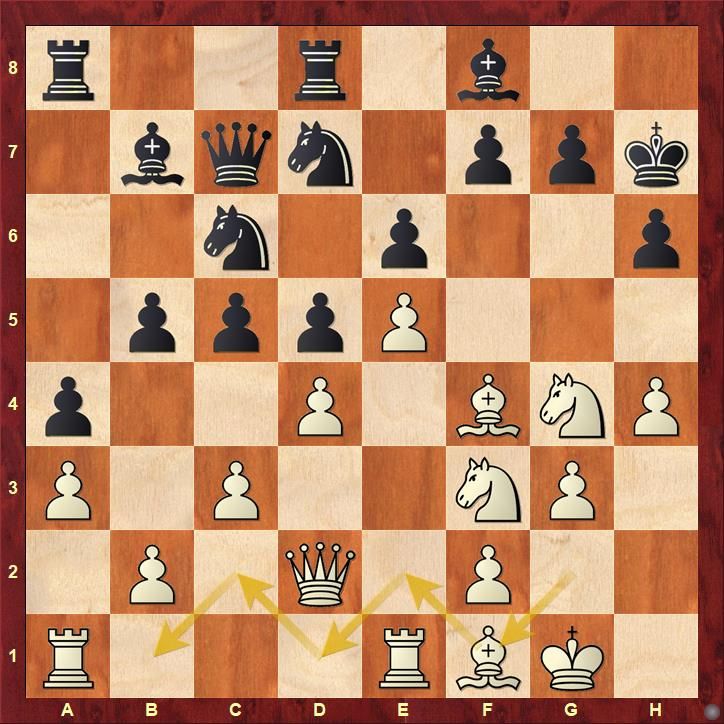 The Nagpur girl was in the middle of this picturesque maneuver when she got logged out of the server! She was all set to launch a massive attack on the kingside, piling up on the b1-h7 diagonal with Bb1 and Qc2!

Nihal Sarin on the other hand had just come out of a worse position against Andrey Esipenko and was vying for a draw when his connection was lost—mind you, Nihal is a seasoned online player who hardly ever loses on time. 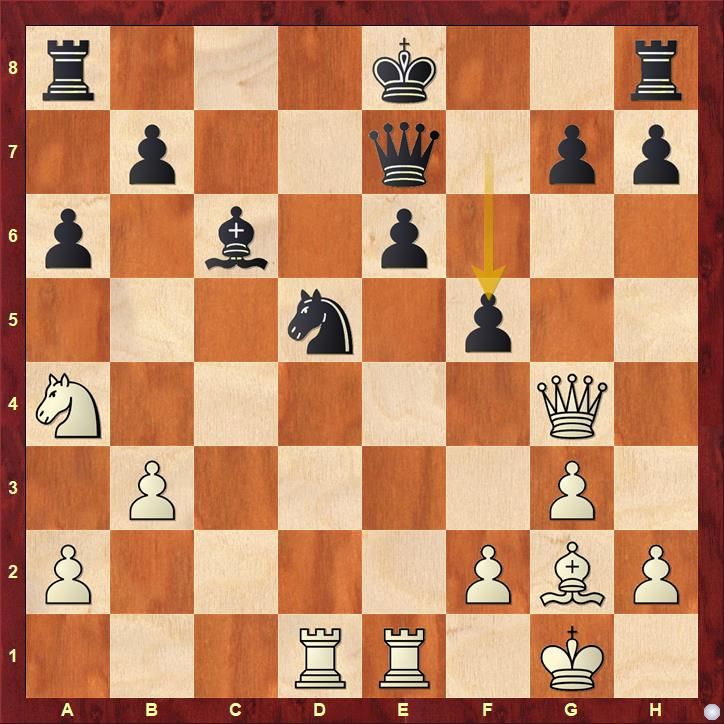 Position after 21...f5: The Indian phenom was in much trouble at this exact point when he had his king precariously stuck in the middle of the board! White secures a clear edge here with 22.Qh5+ g6 23.Qe2 Rd8 24.Qe5 etc. 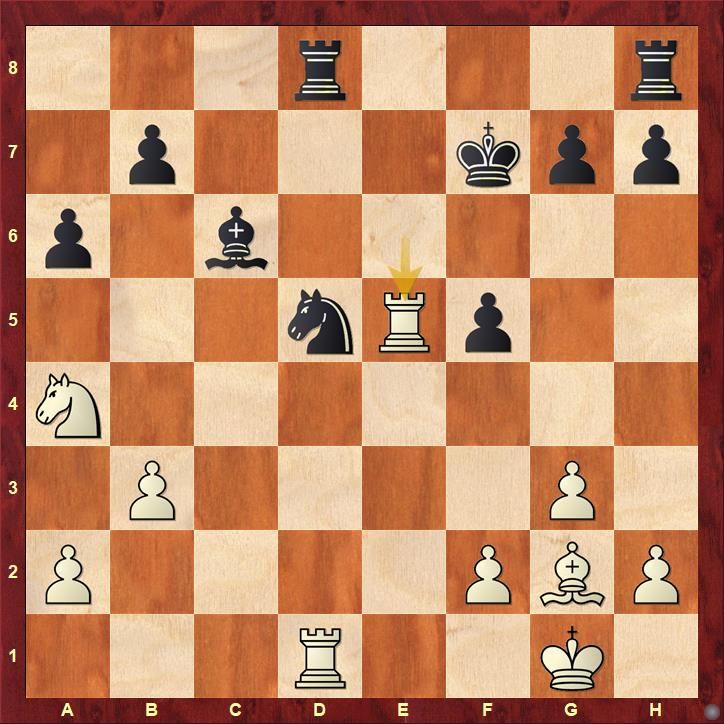 However, the game went 22...Rd8 23.Qxe6 Qxe6 24.Rxe6+ Kf7 25.Re5, and the above position was reached when Nihal's flag went down. Objectively it is pretty even here and Nihal might as well have held this.

The commentary panel comprising of Tania Sachdev, Soumya Swaminathan, Adhiban Baskaran, Anish Giri, Teimour Radjabov, and of course Sagar and Amruta, was brainstorming on Samay Raina's YouTube stream about all these various possibilities that could have happened but didn't. They started discussing about the clauses mentioned in the event circular that might or might not resolve the quandary. From all this one thing was absolutely clear: this wasn't a simple issue.

It was a tough decision for the FIDE President Arkady Dvorkovich but he finally made the call to award the Gold medal to both the finalists, that is India and Russia. Thus, in a much anticlimactic and controversial manner, India and Russia were both declared the winners of FIDE Online Chess Olympiad.

On Twitter, this is how the big news looked!
Administrators often have to make these hard choices that might not go well with a particular group of people. Declaring both India and Russia as the winners of the event was Dvorkovich's way of bringing this matter to an end, but it did raise quite a few eyebrows.
Levon Aronian was understandably disappointed with this decision because it made the judgment meted out to the Armenian team in the Quarterfinals look unjustified. The Russians too were not particularly happy to share the first prize.

The Indian players however seemed content with the decision. "An unusual thing to happen," said Vishy, coming live on Samay Raina's YouTube stream, "but I will take it," he concluded laughingly. Bhakti Kulkarni too was jubilant about winning the Gold because it was the first ever Olympiad for her. 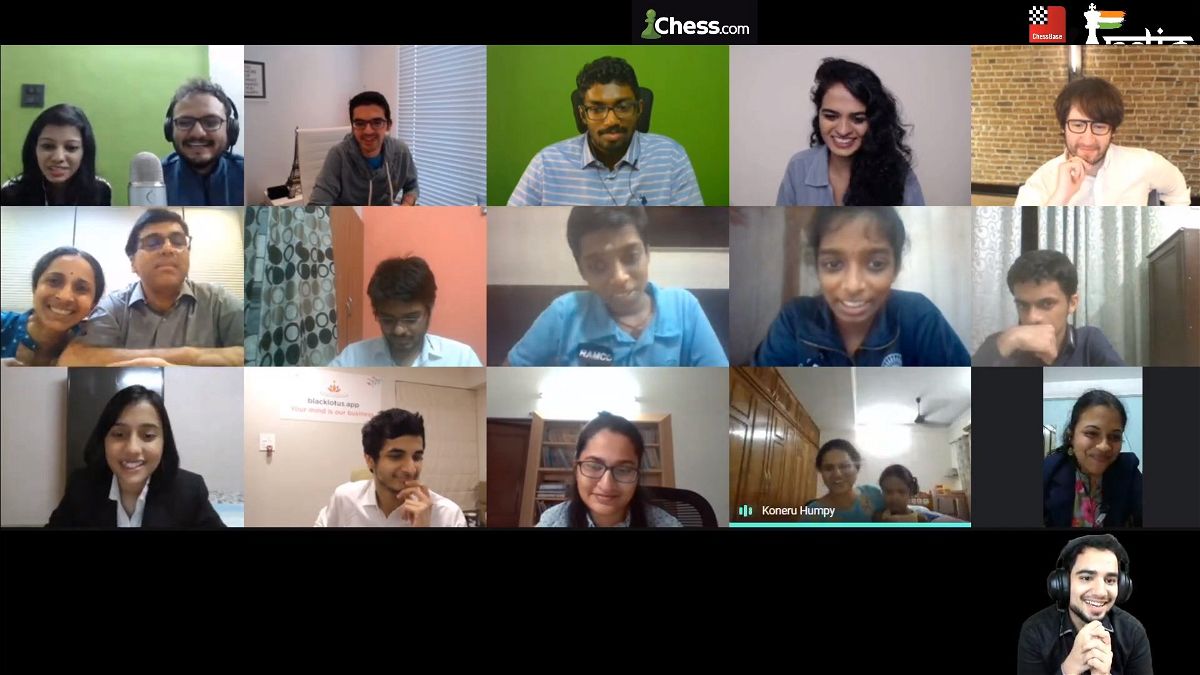 The mood was celebratory in the live commentary stream when the players joined in...and the gala did continue for a while!!
Later, captain Vidit even decided to throw an online party... Did they pop the champagne? Do check it out!

All in all, a not so happy ending perhaps for the event itself but India bagging the Gold medal for the first time ever is definitely a huge news. Needless to say of course, the team absolutely deserved it!

What it really means to be a co-champion in an Olympiad alongside Russia?

The growth of chess has been absolutely unprecedented during these lockdown times. Thanks to some unlikely people coming together and popularizing the game, chess has found thousands of new fans at least here in India. Today, while the final match of the FIDE Online Olympiad between India and Russia was in progress, the live commentary by Sagar Shah and Amruta Mokal on Samay Raina's YouTube channel was thronged by a whopping 65,000+ concurrent viewers. These extraordinary numbers are a testament to the fact that our country is in a midst of a living and breathing chess revolution!

The entire Livestream with special appearances by many stars!
The online craze has certainly garnered a lot of attention, attracting big names like Anand Mahindra...
He is even happy to talk about the Indian Chess League
That moment when one sporting legend of the country commends the another!

But did you know what is happening right now in India, had actually happened in Russia or the Soviet Union decades ago? Presently we don't see as many Russian Grandmasters in top-level chess as before but make no mistake Russia is still the nation with the most number of titled Grandmasters in the world. Theirs is the land where the royal-game has thrived through centuries to evolve into a cultural cum political phenomenon. Did you know that from the time of Alexander Alekhine becoming World Champion in 1927, to Vishy Anand clinching the title from Vladimir Kramnik in 2007, Bobby Fischer and Max Euwe were the only non-Russians or non-Soviets to have held the coveted world title? The Soviets won the chess olympiad a total of eighteen times which includes twelve consecutive victories from 1952 to 1970. And after the fall of the Soviet Union in 1991, Russia continued their legacy of dominating the famed tournament by winning it six times in a row from 1992 to 2000. Just imagine, there was even a time when Anatoly Karpov and Garry Kasparov - two of the brightest minds to have ever graced the game of chess -played together for the same team in the Olympiads!

Therefore, India winning the Olympiad along with Russia today symbolizes something really special. Victory in this event reflects the overall chess strength of the country. There was a time when Vishy Anand alone unfurled the tricolour in international events of repute. But today we are counted among the best in the world not just because of a few top players like Vishy or Harikrishna Pentala, but because we have attained true strength in every department of the game. Be it the open group or the women players or the juniors, we are really strong today in a holistic way. And in terms of growth, none other than the "Big Vlad" has pointed out, chess is becoming more popular in India than anywhere else in the world. Children are taking up the game by the hundreds, and even the parents of these children are enthusiastically learning the game, in order to understand what mystery moves their kids are making in the weekend tournaments!

The Reaction by Russian players

The Russian players were unhappy with the result, especially Nepomniachtchi and Kosteniuk: 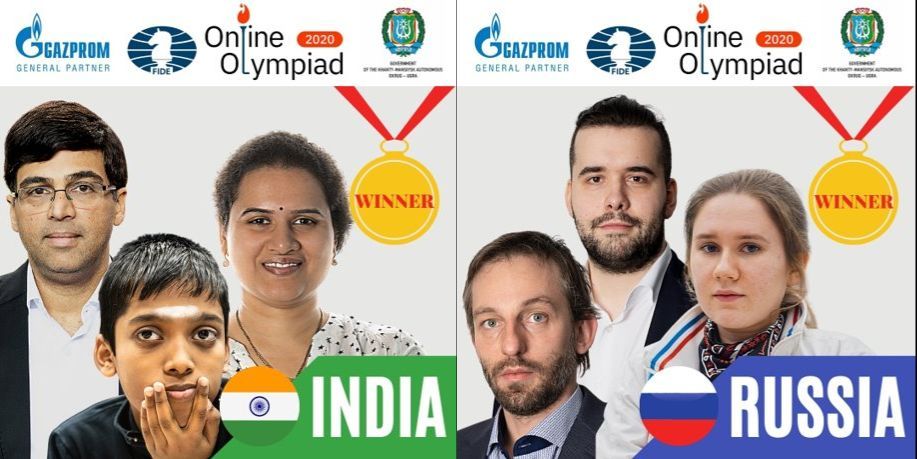 Winning this olympiad Gold would be remembered as a landmark solely because it is probably the first event where India has been officially recognized as an equal of a well-known chess nation such as Russia! | Photo: FIDE Twitter
Vishy finally also has an olympiad gold under his belt!
Yes, the online pitfall at the end of the event might have taken some shine off that gold medal. But when the Prime Minister of the country tweets a congratulatory message, you can rest assured that it is indeed something BIG!
Related news: