Goryachkina was going into the final game in classical time control with a must-win situation. Perhaps her short draw in Game 11 was all part of strategy to save energy and fire all cylinders in Game 12. Apparently that worked. The Challenger employed a sideline 1.d4 d5 2.Nc3 to surprise the defending champion. Although black managed to equalize easily out of the opening, but she made an error in critical decision of saving one of her pawns, instead she gave up both and landing in inferior position. The score is now 6-6. The tie-break matches will be played tomorrow 24th January to determine the winner. Since both of them skipped World Rapid and Blitz 2019, it will be interesting to see who comes out at the top in the faster format. Photo: Eteri Kublashvili / FIDE

Game 12 of FIDE Women's World Championship Match 2020 was a must-win game for the Challenger Goryachkina. Only a win would force the match to go into tie-breaks and that is exactly what she did. 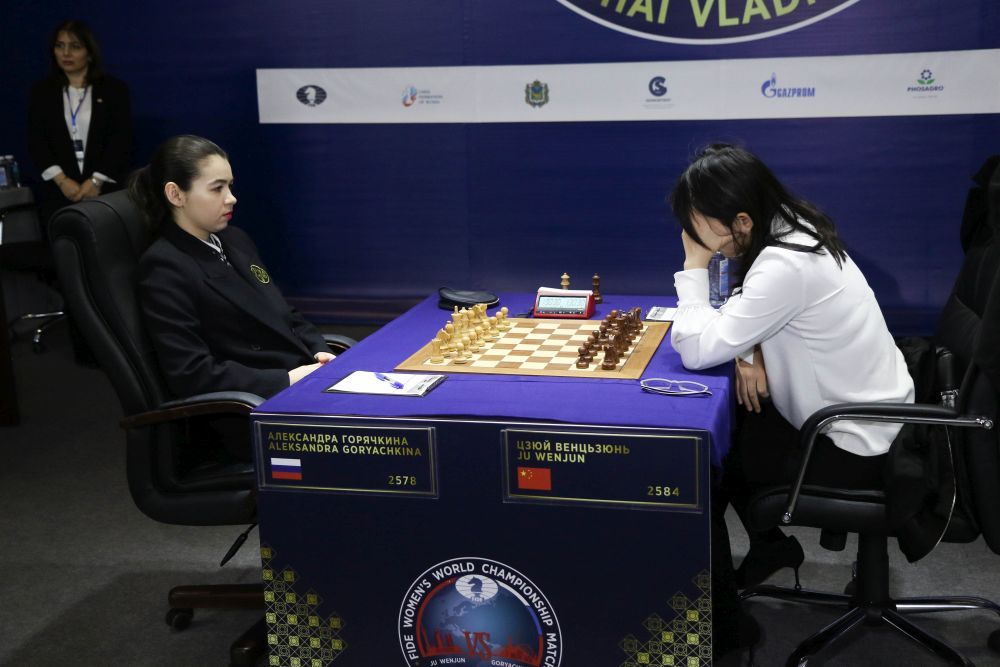 Goryachkina brought her element of surprise with 1.d4 d5 2.Nc3. However that did not rattle the defending champion as she equalized easily out of the opening. 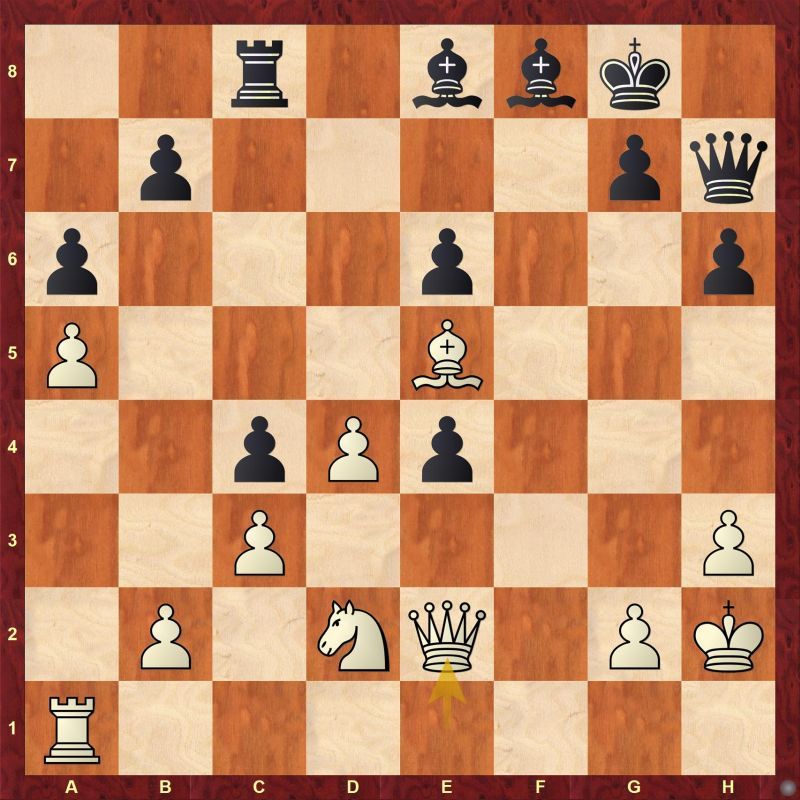 In the above diagram, black has the option to save either c4 or e4. However, Ju made the mistake of giving up both with 30...e3 which allowed Goryachkina the opportunity she was looking for. White continued with 31.Nxc4 and soon it was all over for Ju, as the Challenger was dominating and black was completely reeling.

Anish Giri rightly tweets, "When it comes to the plot, probably the most epic World Championship match ever" 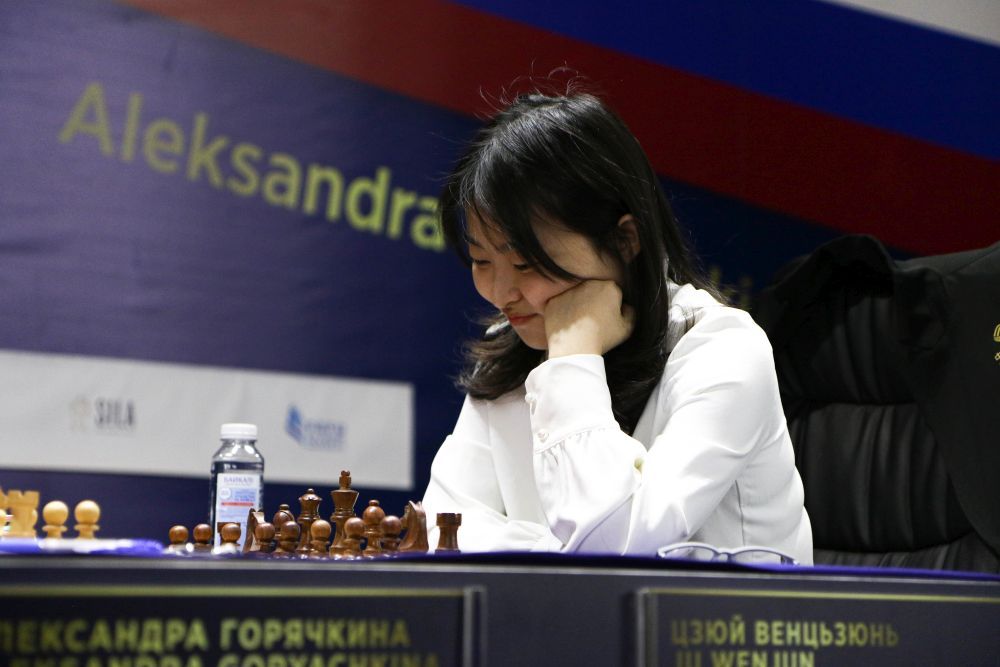 Will Ju have the final laugh? | Photo: Eteri Kublashvili / FIDE 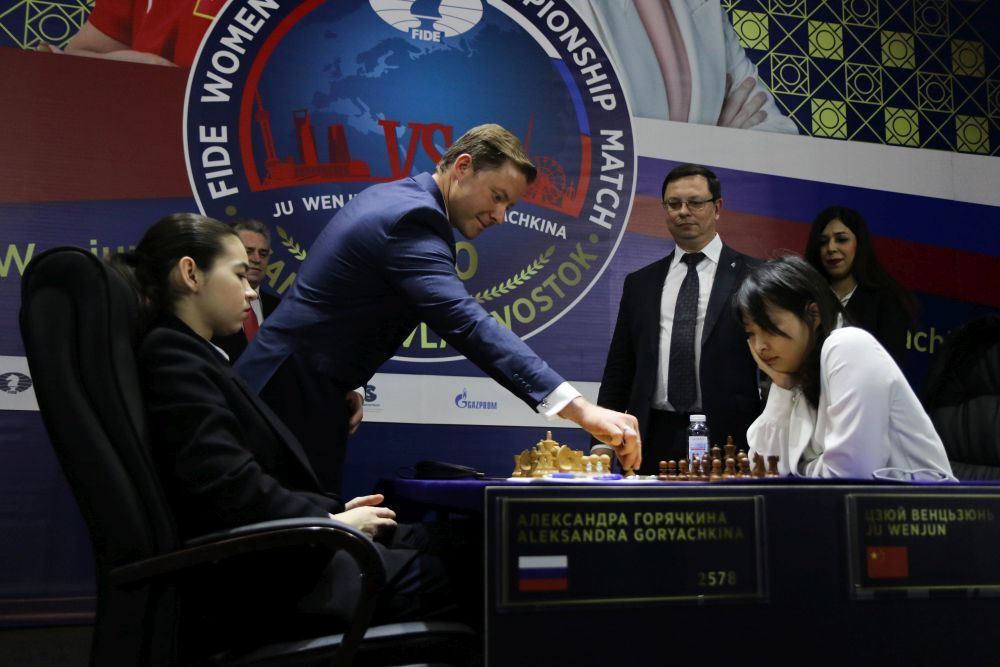 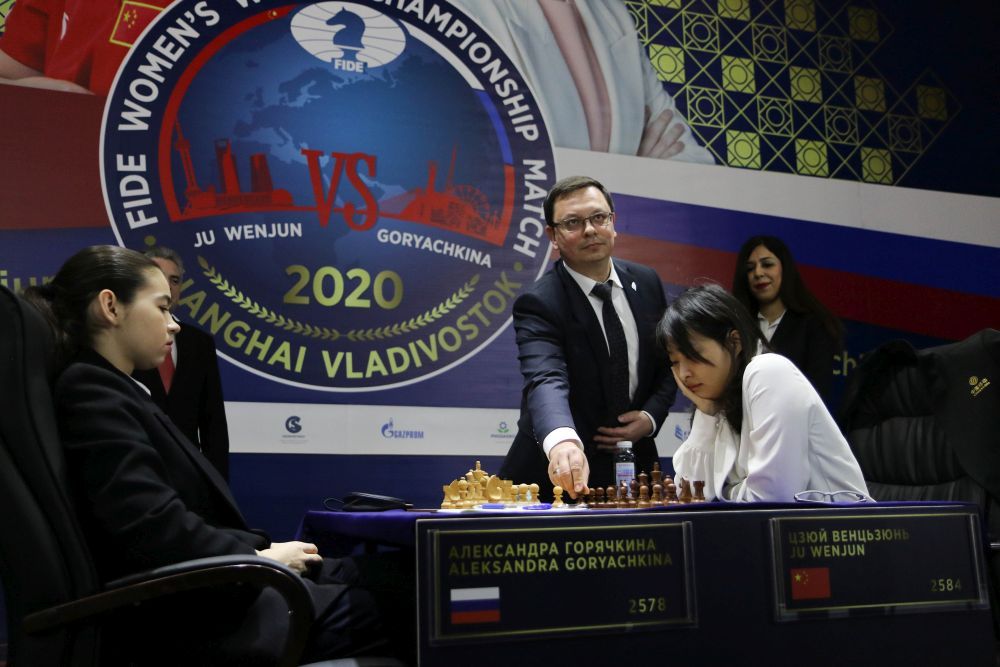