FIDE Women's World Championship Match 2020 begins at Shanghai, China on 5th January 2020 between the defending the champion GM Ju Wenjun (China) and the Challenger for the championship GM Aleksandra Goryachkina (Russia). The first match ended in a hard-fought draw, played for over five hours. They will play six games at Shanghai, China and the next six games at Vladivostok, Russia. The first player to score 6.5 points will be declared the winner. In case of a tie, tie-breaker games will be played. In the first game, Goryachkina got the white pieces and she opted for a Closed Catalan system. In game 2, Ju will get the white pieces. Photo: Zhang Yanhong / FIDE

Game 1 was a hard fought draw

The first game of the Women's World Chess Championship 2020, held in Shanghai, China, ended with a hard-fought draw. 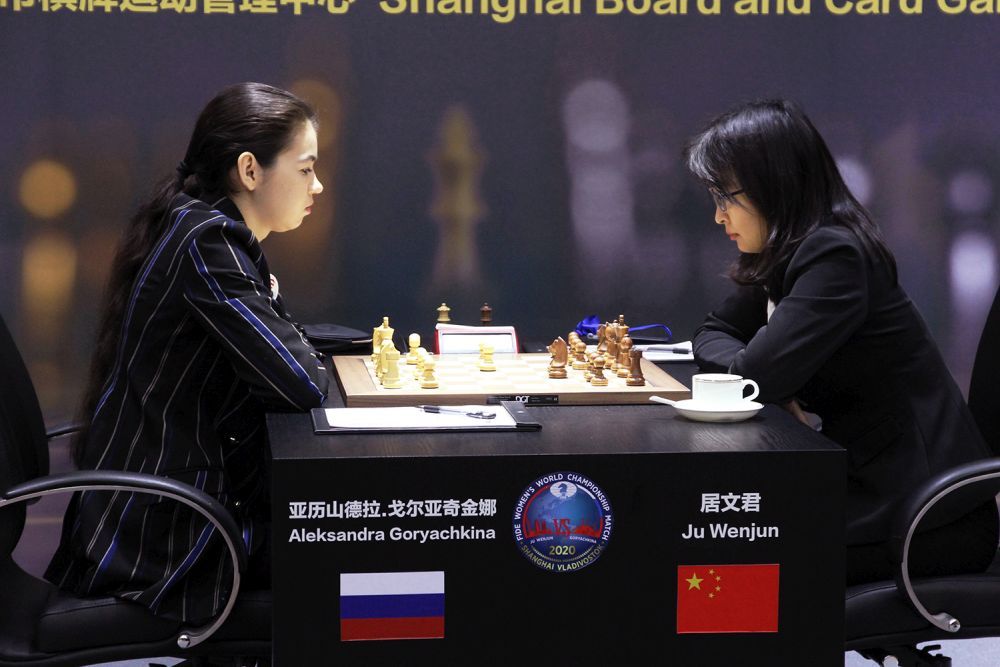 Ye Jiangchuan, President of the Chinese Chess Federation, and Alexandr Shmanevskiy, Consul General of the Russian Federation in Shanghai, made the first symbolic move in the game. 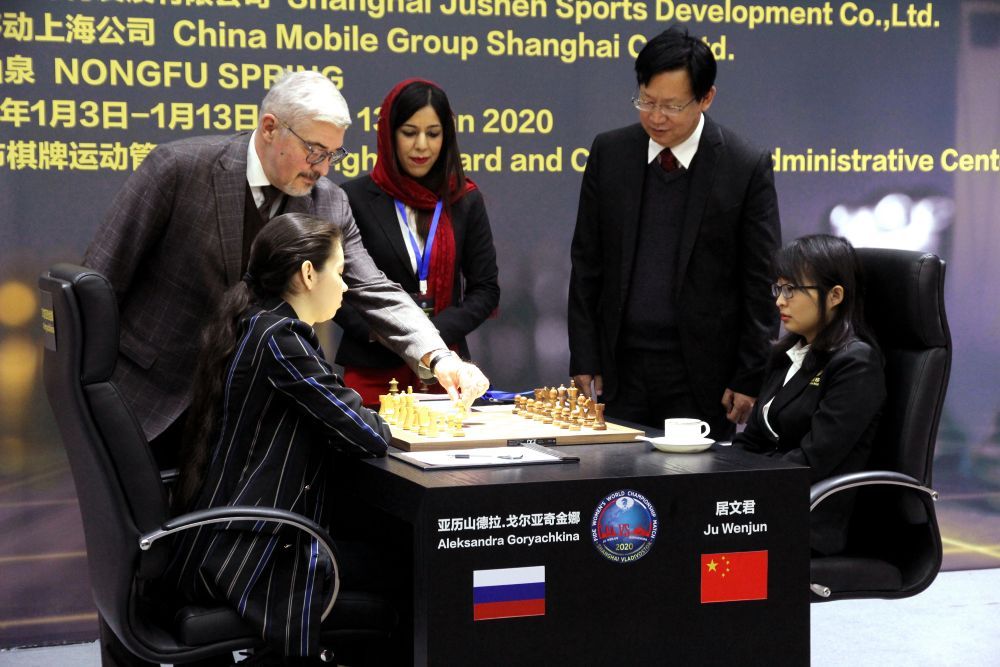 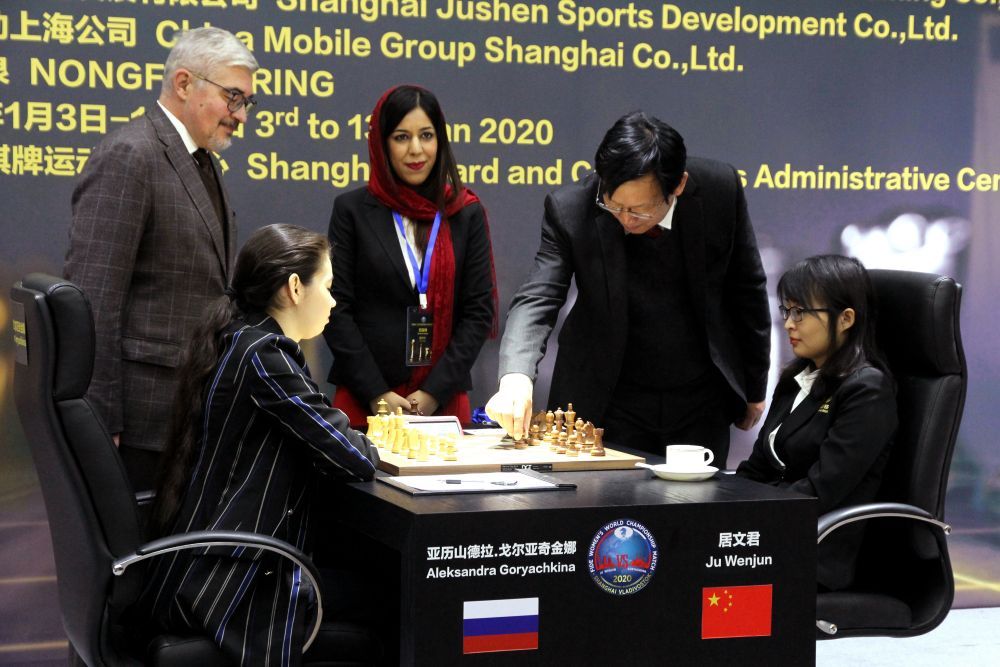 The opening was as cautious as it gets: Alexandra Gorychkina (Russia), playing White, chose 1.d4 as her first move. Instead of her usual Ragozin defense, defending champion Ju Wenjun (China) surprised with 4...Be7. The challenger decided to go then for a solid Catalan with 5.g3. 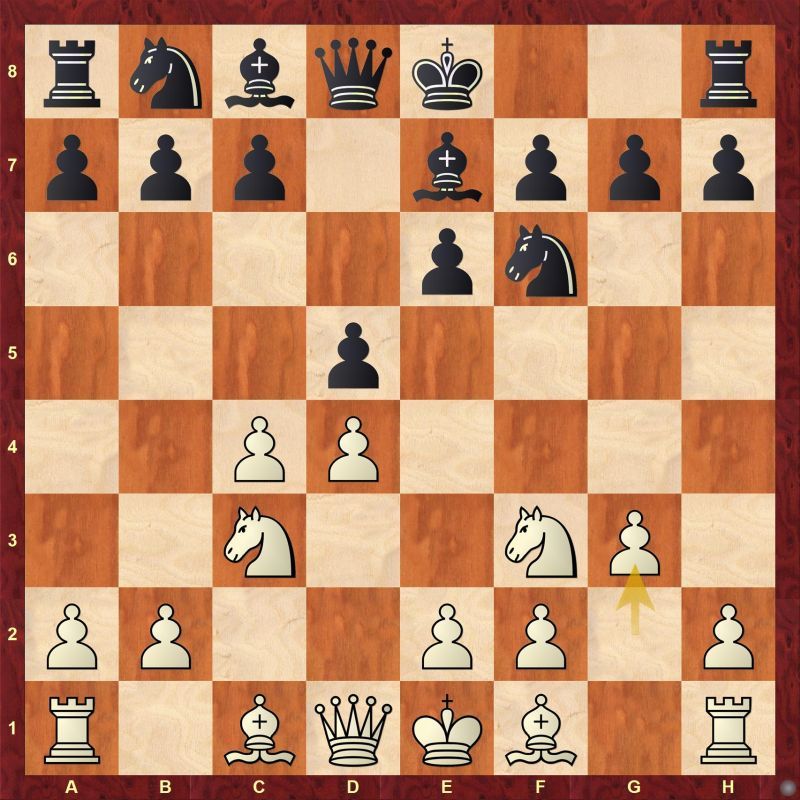 The impression is that Goryachkina tried to take the game out of the book as soon as she could, and despite the symmetrical and equal position, she managed to put some pressure on the champion. In fact, an inaccuracy by Ju Wenjun gave the Russian the opportunity to gain an advantage, and for a while, the challenger seemed to be playing cat and mouse with the Champion, only to squander it with an untimely rook exchange on move 44. 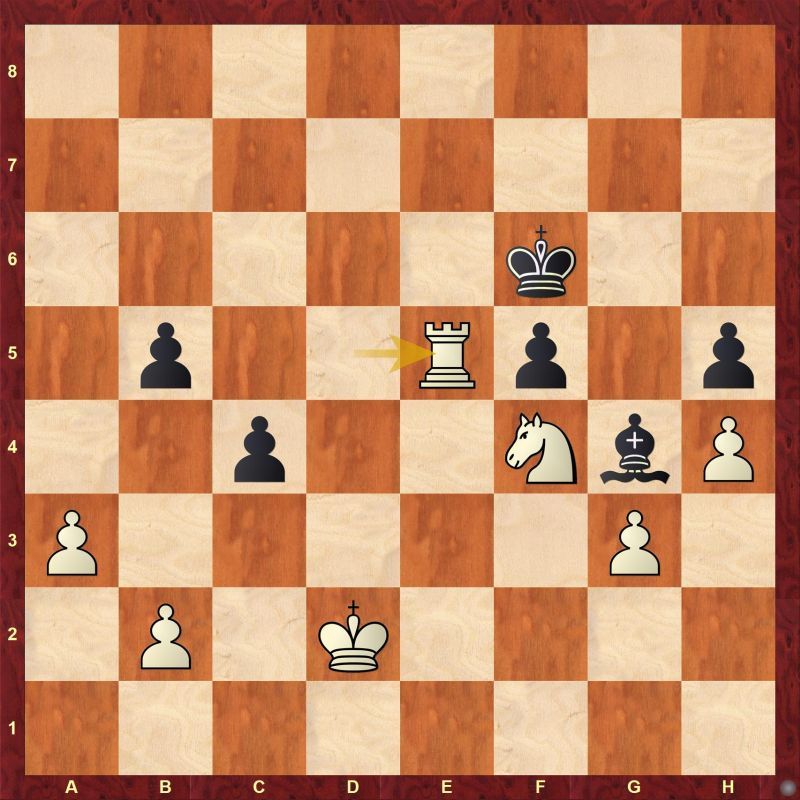 After this scuffle, Ju stoically defended for the next 50-plus moves, before the draw was agreed right before they reached the sixth hour of play.

In the press conference held after the game, Ju complimented Goryachkina's fighting style, looking to exploit even the minuscule of chances. On her part, Goryachkina was content with opening the match by putting the world champion on the ropes for 97 moves and close to 6 hours.

Game Two will take place on January 6, and Ju Wenjun will have White. 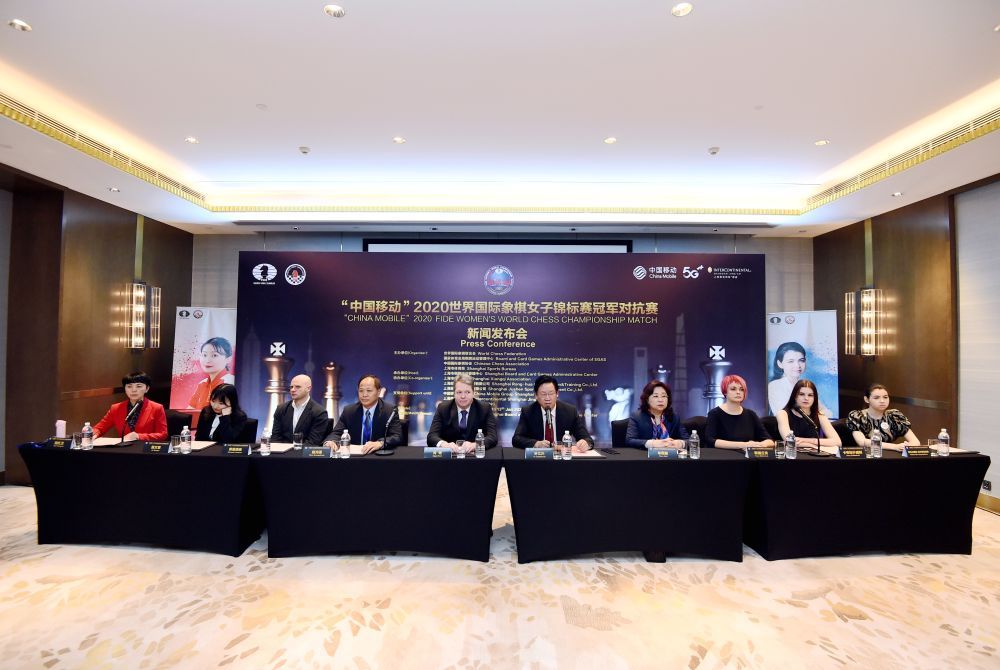 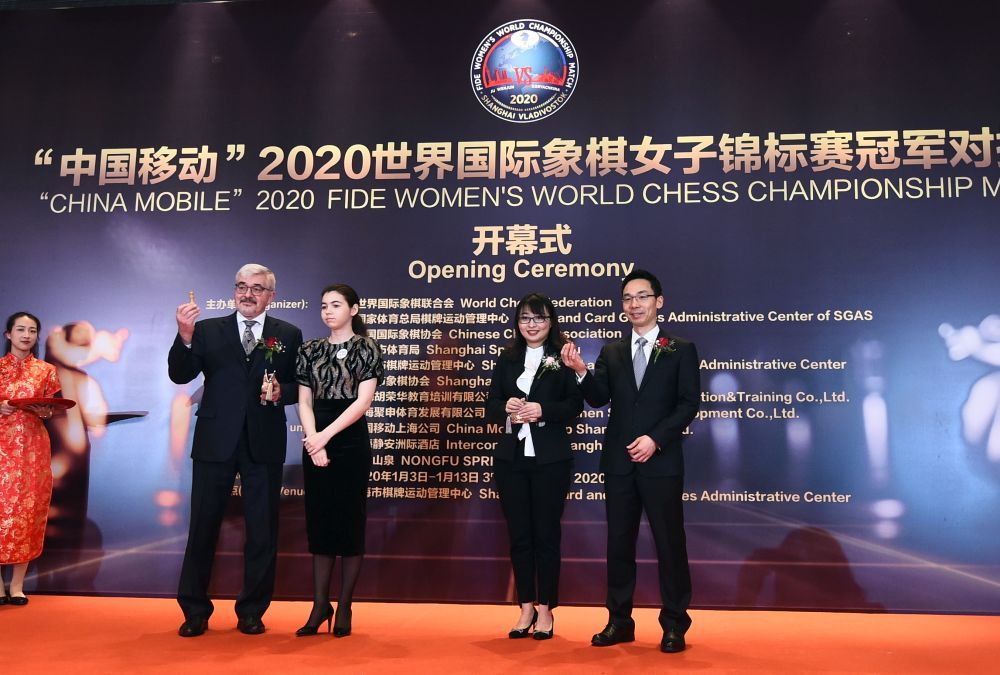 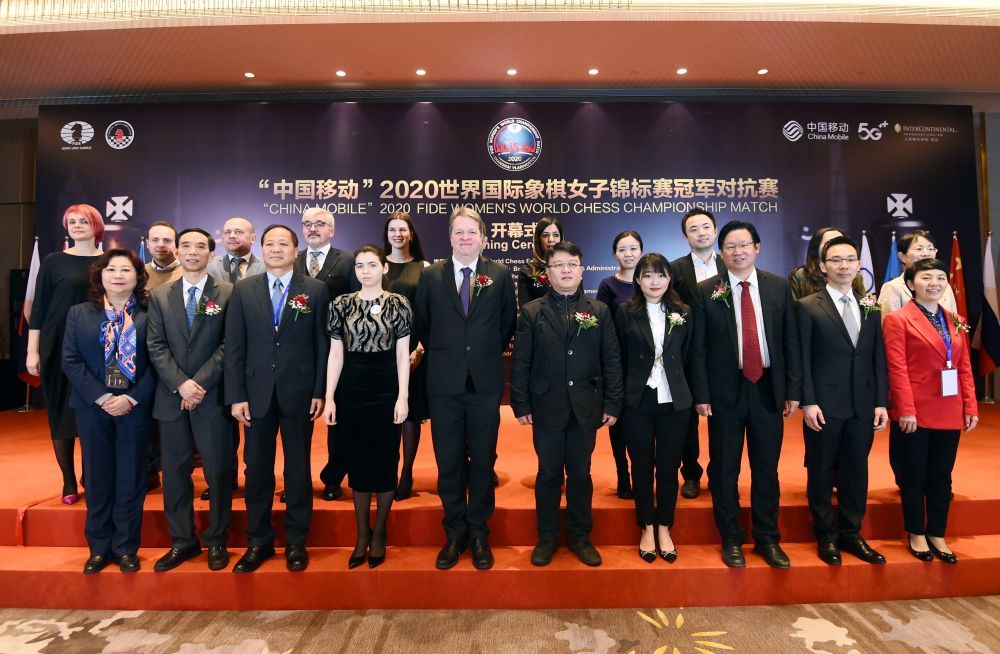 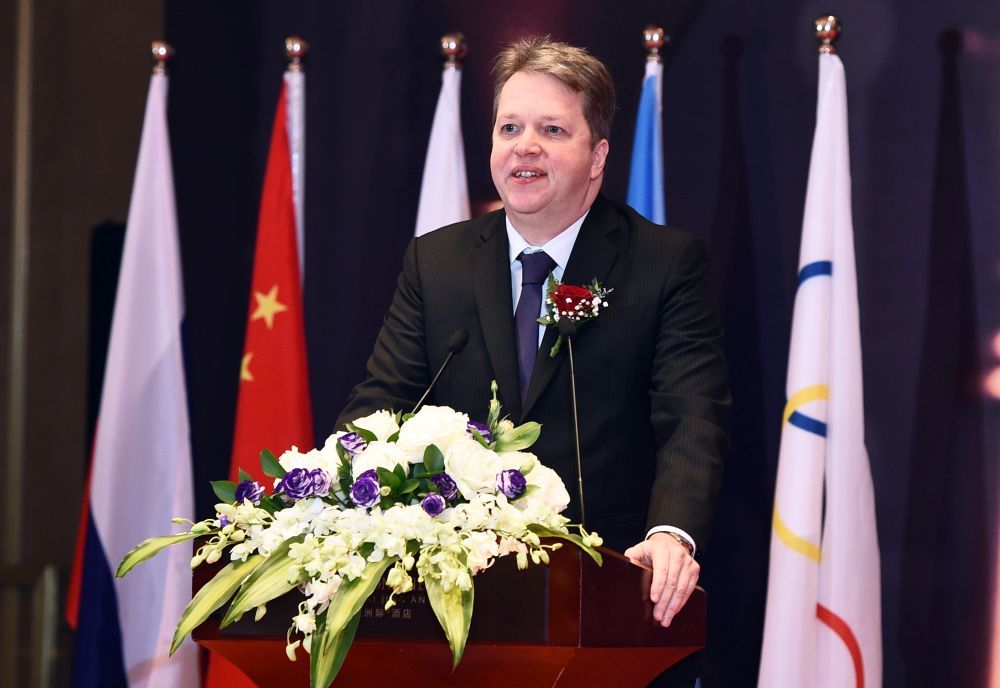 The Chairman of the Appeals Committee and one of the official commentator GM Nigel Short | Photo: Zhang Haohao / FIDE 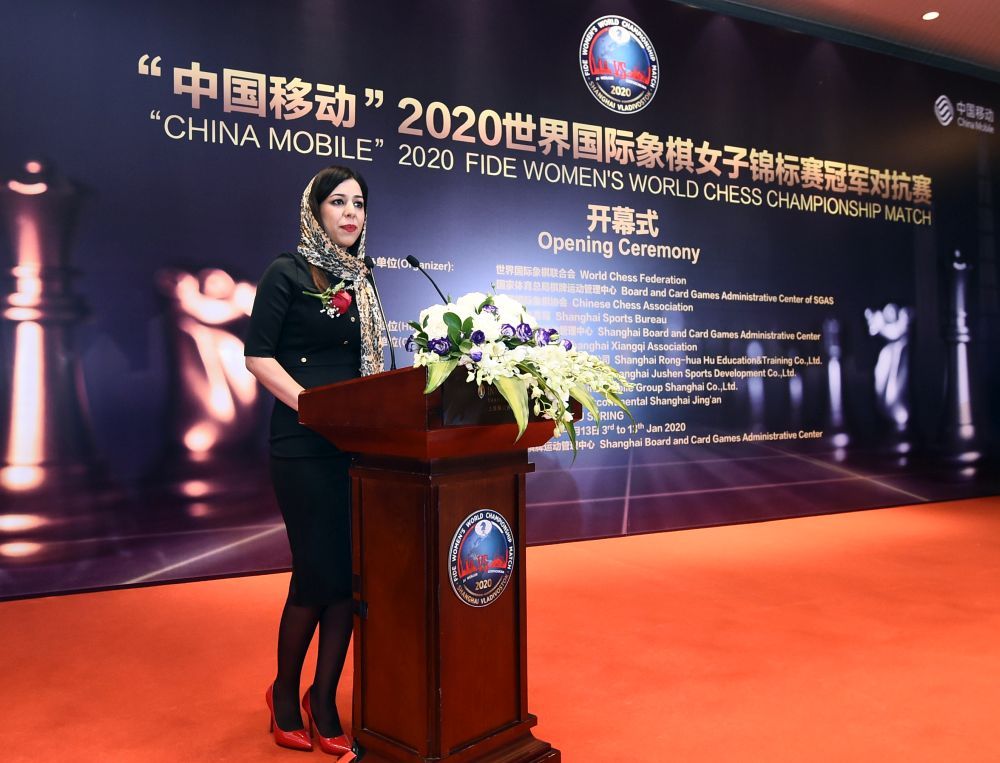 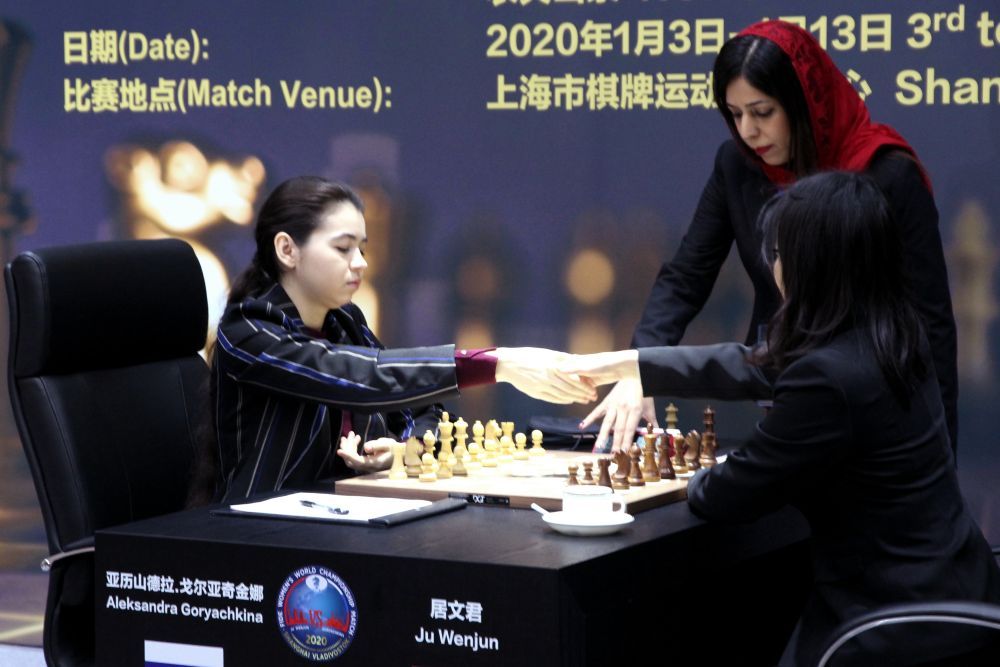