Ju Wenjun - A draw away from retaining her World Championship

Game 11 of FIDE Women's World Championship Match 2020 witnessed the quickest game of the event. The game lasted less than two hours. Perhaps it was Goryachkina's strategy? To draw with black pieces, save energy for the final game with White? Well we will only know for sure after the conclusion of Game 12. Berlin Defence of Ruy Lopez was witnessed for the third time in this event after Game 2 and 6, the result was not different either. While Ju Wenjun needs just a draw in the final game, Goryachkina is in a must-win situation to force tie-breaks. It will be interesting to see what the Challenger brings to the table in the final game. Photo: Eteri Kublashvili / FIDE

Game 11 of FIDE Women's World Championship Match 2020 was the quickest game of the event as the game lasted less than two hours. Goryachkina repeated playing Berlin Defence in Ruy Lopez just like Game 2 and 6. Pieces got exchanged at regular intervals and after 25 moves, the game reached to a opposite color bishop endgame where draw seemed the obvious result. The score is now 6.0-5.0, while the champion Ju Wenjun just needs a draw in Game 12 to retain her World title, Challenger Goryachkina is in a must-win situation to force tie-breaks. 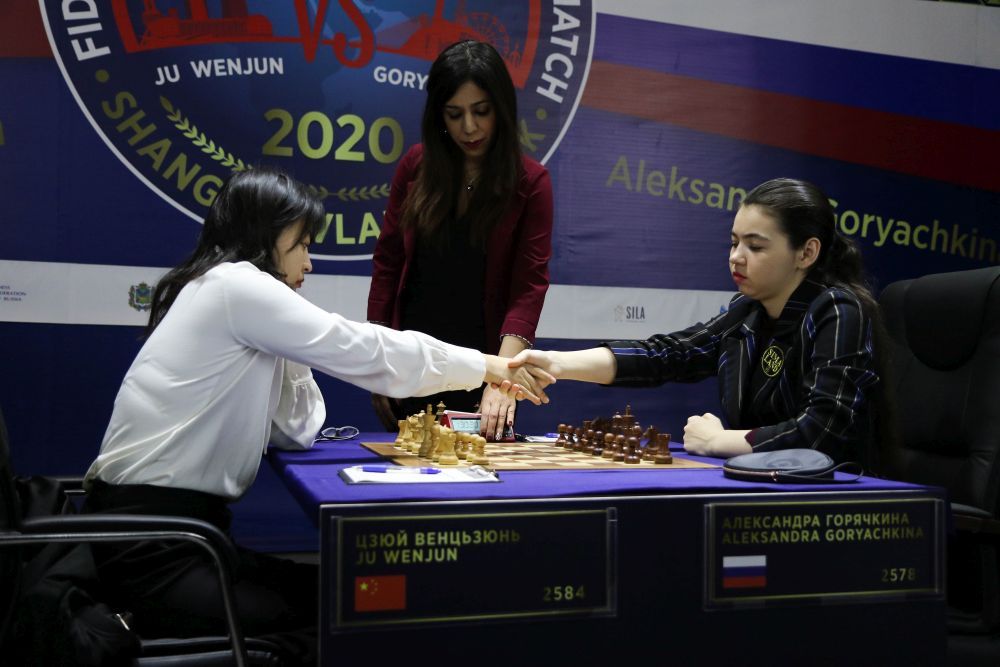 The no eye-contact handshake is still on | Photo: Eteri Kublashvili / FIDE 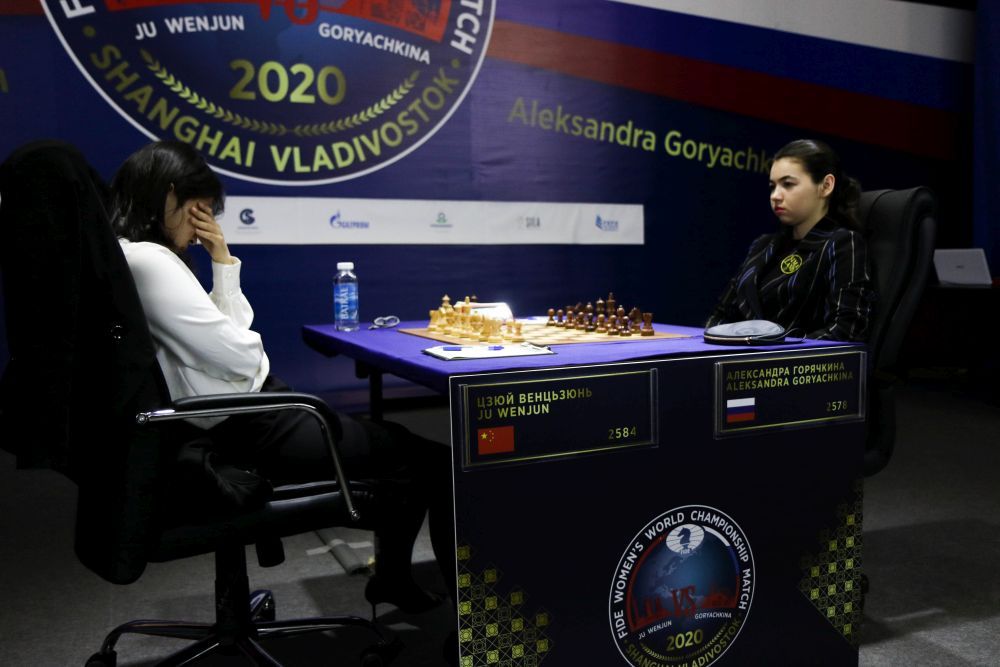 Just like Game 2 and 6, Game 11 also witnessed Berlin Defence, but this time it was a different variation with the same result. 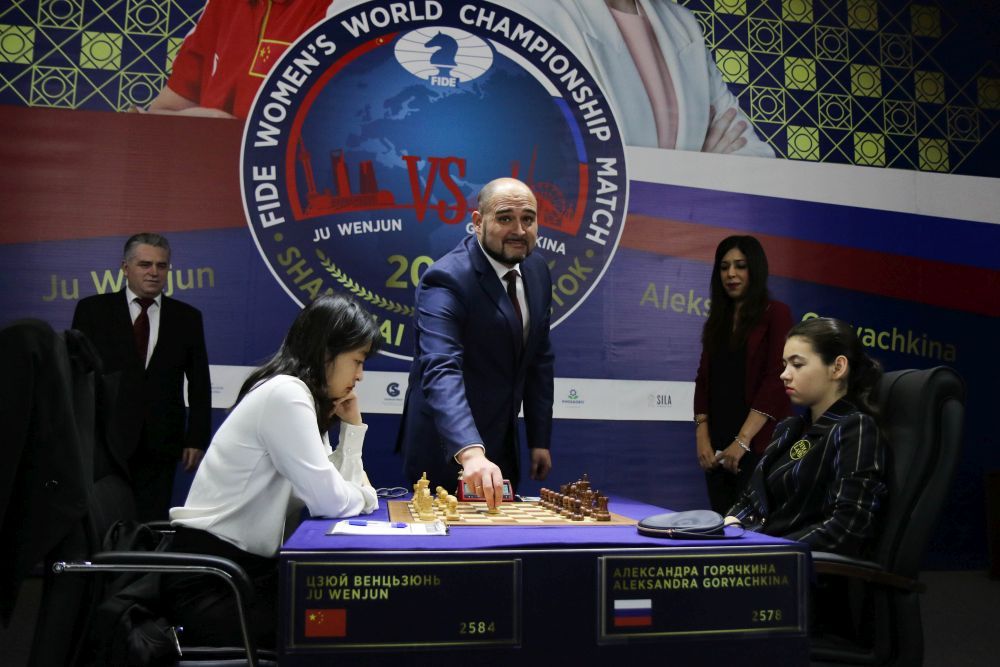 The ceremonial first move of Game 11 is being made | Photo: Eteri Kublashvili / FIDE