The defending champion got into lead for the first time since Game 4 of FIDE Women's World Championship Match 2020. This was the first win of the event where a win was scored with black pieces and also third consecutive game to have a decisive result. Playing with black pieces, Ju found an improvement in QGD Exchange and she deviated from her Game 8 loss. The game reached to a structurally similar position as Ganguly and L'Ami had on the previous day. However Ju got the much needed win after Goryachkina made some inexplicable errors in a seemingly equal Rook and many pawns endgame. Ju seems to have quite an advantage before heading to the last two games. Photo: Eteri Kublashvili / FIDE

Ju scores the first win with the black pieces

So far FIDE Women's World Championship Match 2020 witnessed four decisive games and all of them came from the players when they had the white pieces. The wins were also scored by the ones who were trailing by a full point at that time. However that pattern was broken by the defending champion as she scored an important victory in Game 10 before heading to the final rest day of the event. 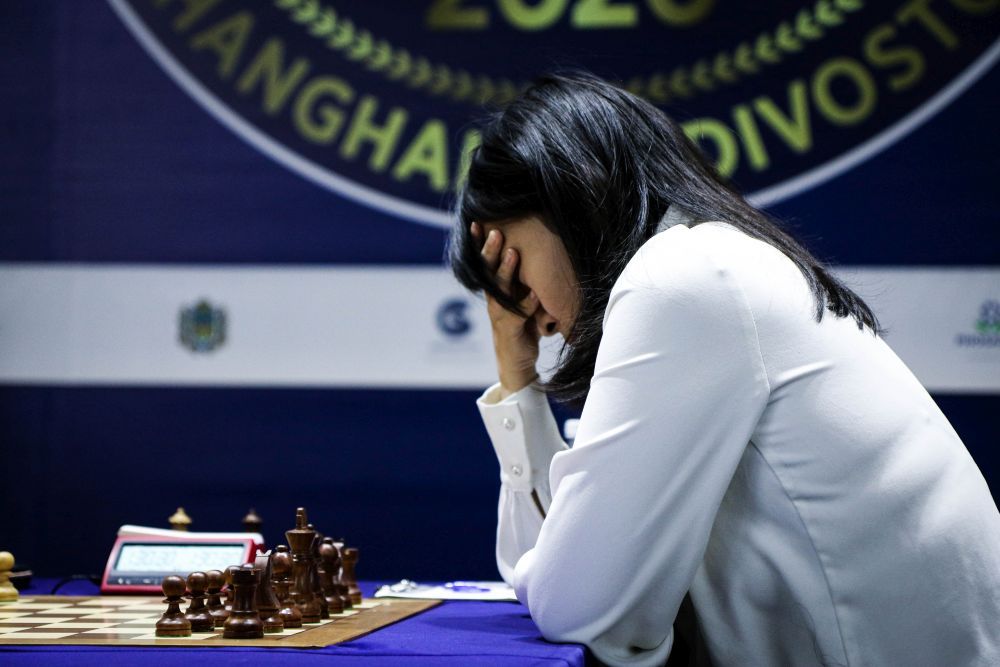 Do you recall someone else having a similar pose before their game? | Photo: Eteri Kublashvili / FIDE 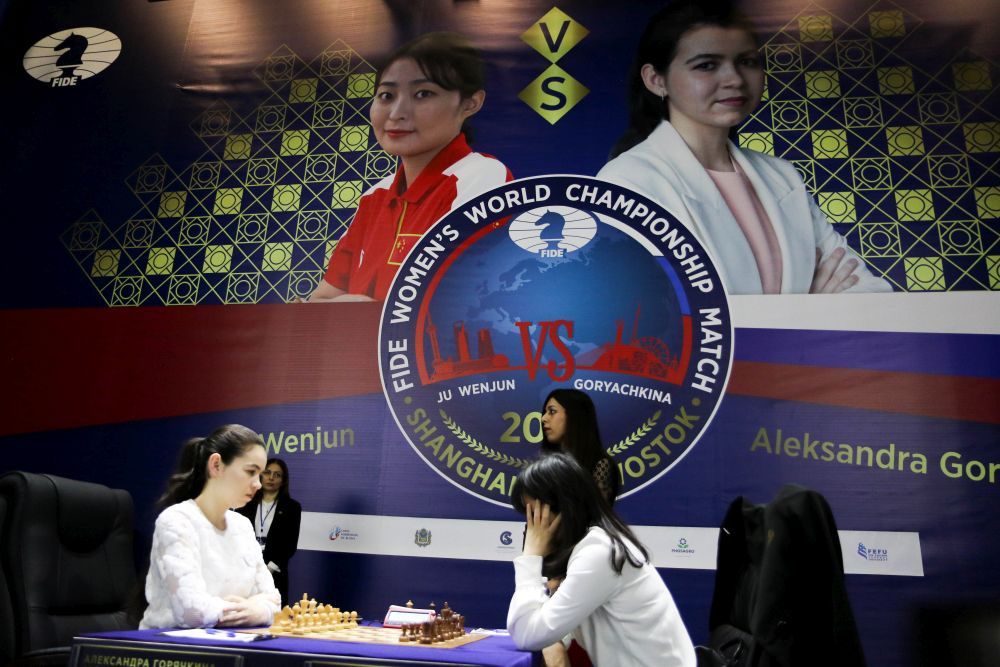 With only two games to go and Ju taking the lead, it looks like the Champion is well on her way to defend the title successfully again. 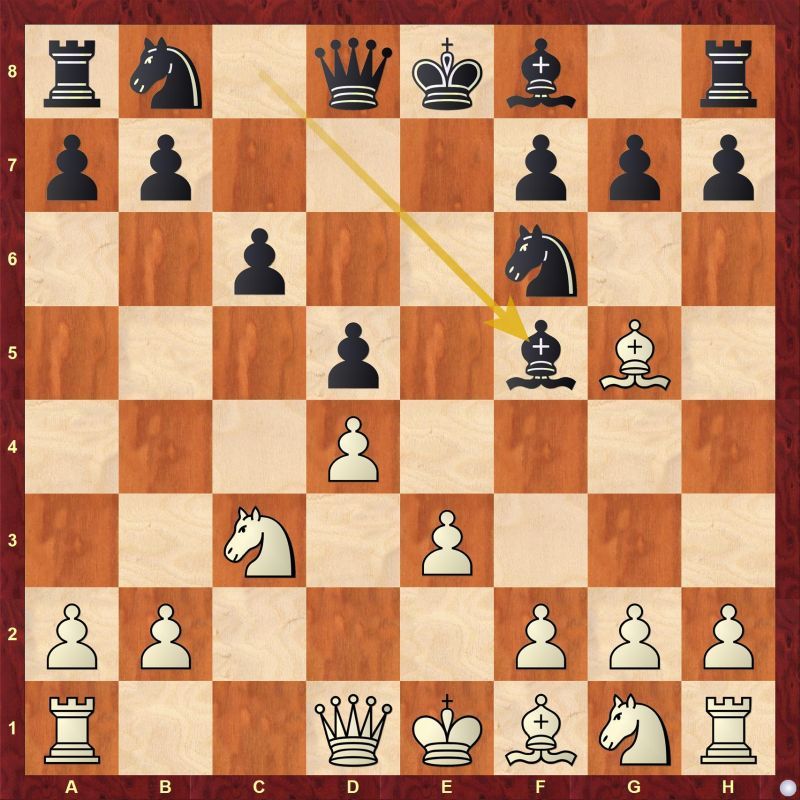 Game 8 had the same opening where Ju went with 6...h6 and eventually she lost that game. So she made some improvements and opted for 6...Bf5 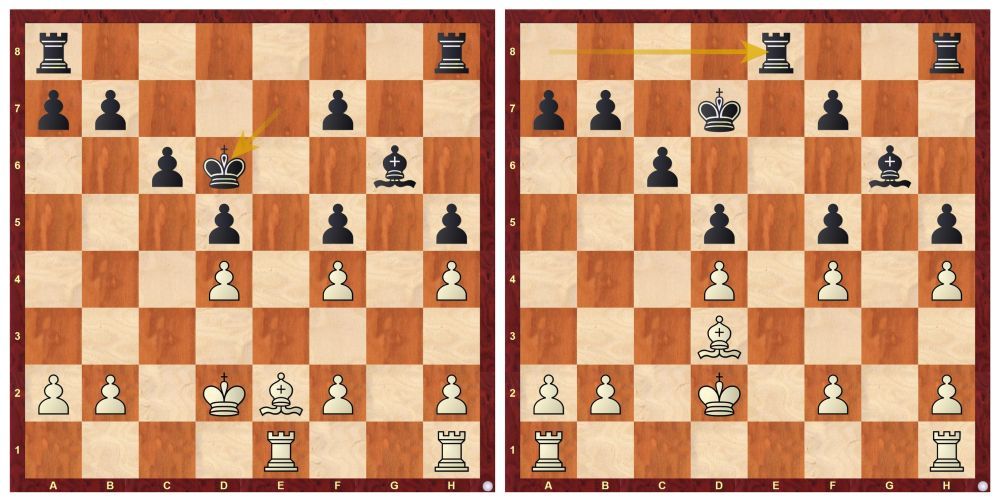 After 19 moves, Goryachkina - Ju had an uncanny resemblance to Ganguly - L'Ami's previous day's match at Tata Steel Challengers 2020. However much to the chagrin of the Challenger, the result was not the same as its predecessor. 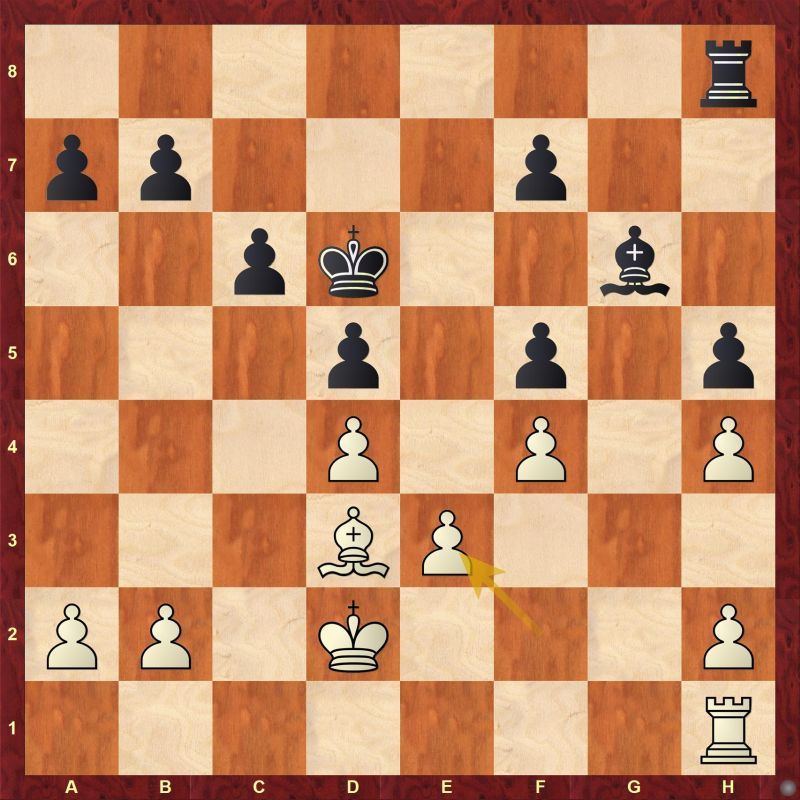 The game liquidated into a Rook, Bishop and many pawns endgame after 22.fxe3

The game reached into a seemingly equal Rook and Bishop endgame with only one pawn coming off the board. Draw seemed to be the obvious result, however that was not the case. 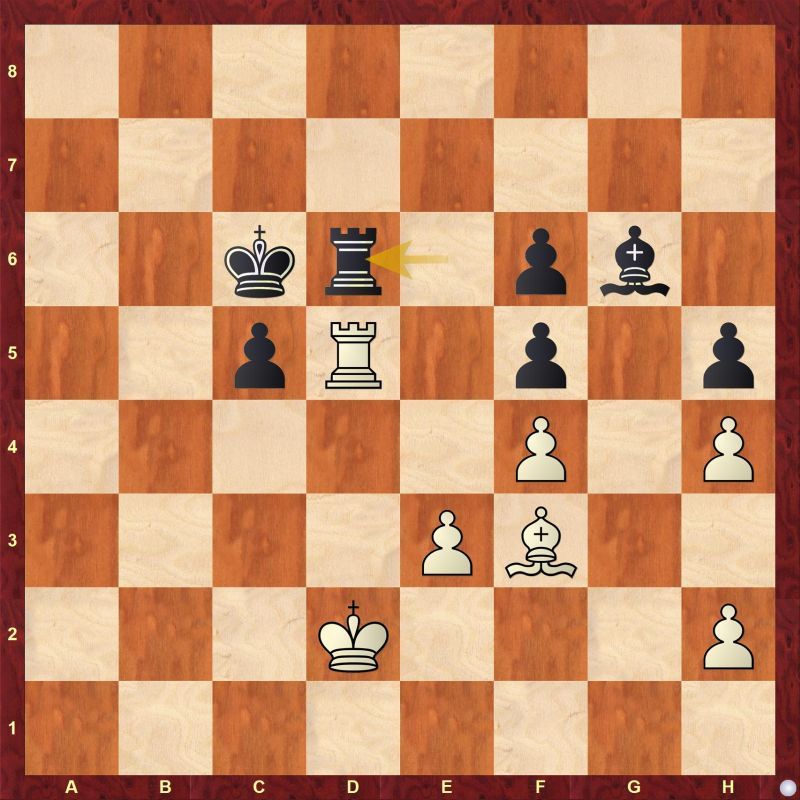 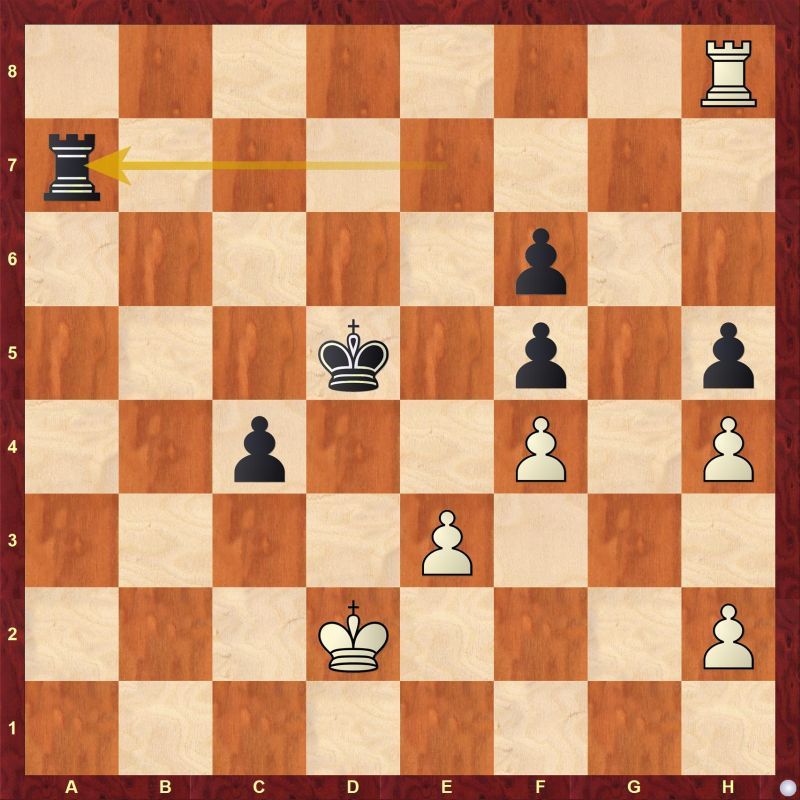 What should white do here after 50...Ra7

White needed to make sure that white does not let things go out of hand and make it a safe draw. However grabbing the h5-pawn was certainly not a good idea as after 51.Rxh5, the rook completely goes out of play. 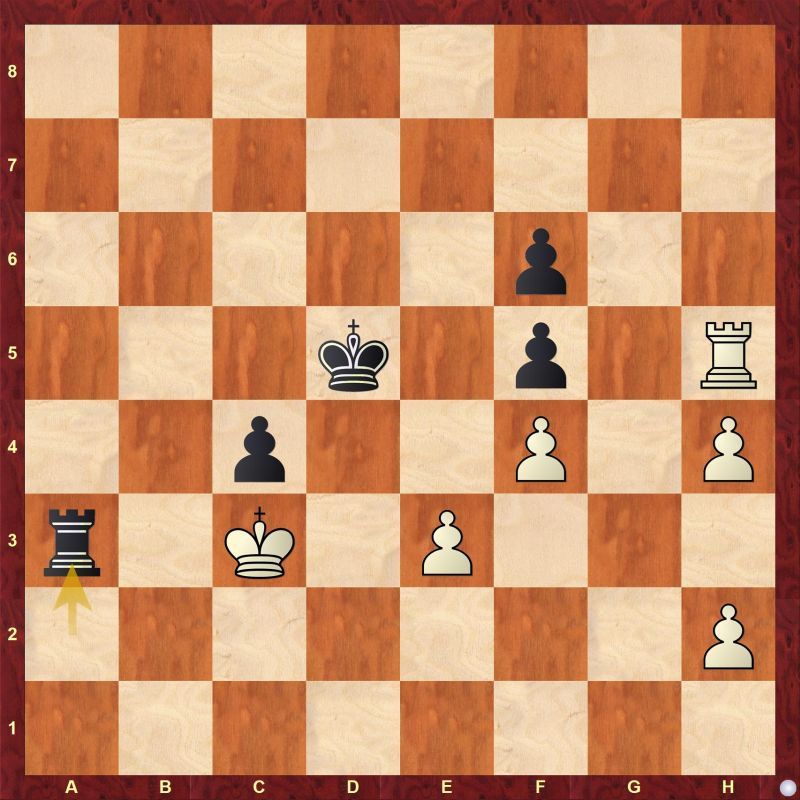 White completely blundered and got her king out of play with 52.Kb4. Black continued with 52...Rb3+ 53.Ka4 and now the king is completely cut off. Rest was just a matter of technique for the champion to take a full point lead heading into the final rest day of the event. 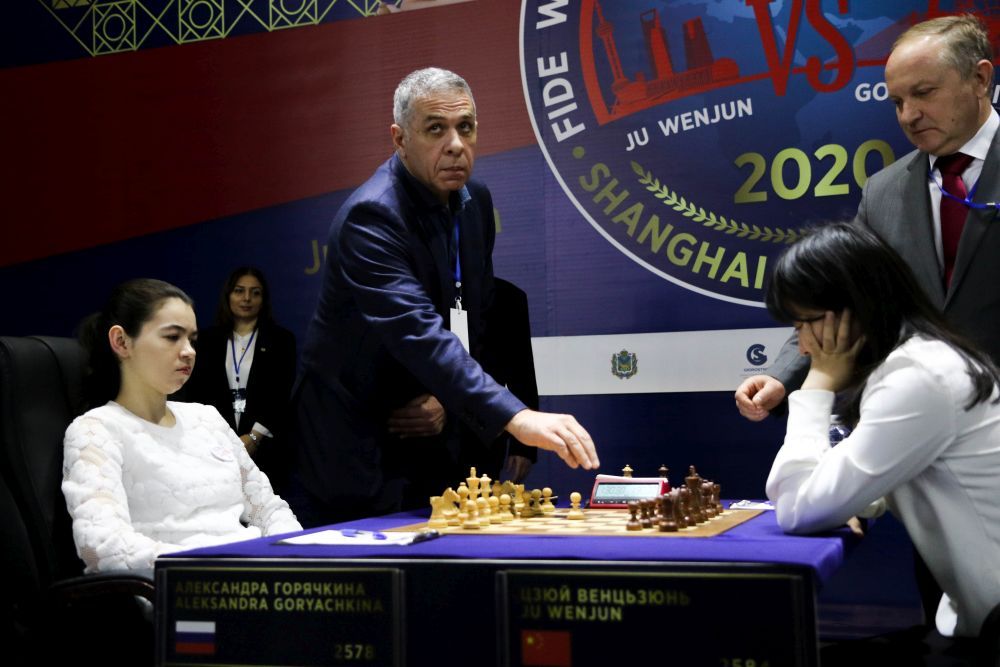 Oleg Gumenyuk, mayor of Vladivostok, and Alexander Verkhovsky, Chairperson of the Board of directors of the main sponsor for Gidrostroy (the Vladivostok leg of the match), made the first symbolic move of Game 10 | Photo: Eteri Kublashvili / FIDE 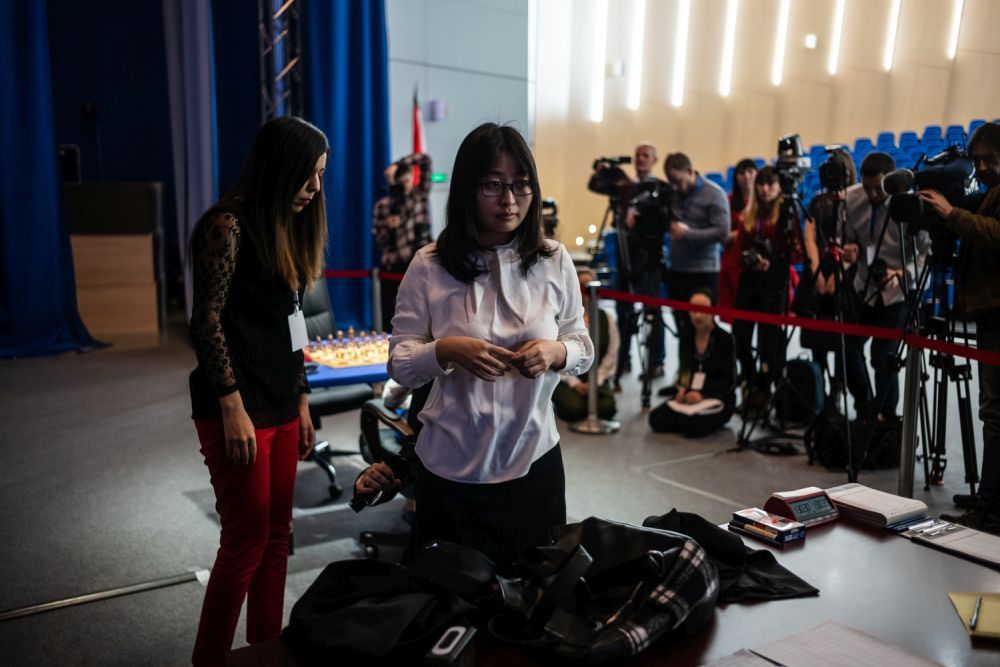