Like solving problems? Here's a chance to sweat your brains and win exciting prizes!

Think you are good at tackling knotty puzzles? Here's an opportunity to work up those mental gears of yours and cash in some amazing prizes, we present to you ChessBase India's first ever Christmas-New Year solving contest! In this article we pose you six problems to solve - yes, only six! - and if you settle them convincingly, you get to take back home some of the latest and greatest ChessBase products out there. The deadline to send solutions is the 31st of December, till 12 midnight, so clearly loads of time for cogitation. However, the one catch is, none of these problems are of the conventional mould. They are outlandish, fascinating, and most importantly, engine defying. You would need access to specialized programs to solve these devious little riddles, or else you would have to use your own grey cells!

You have been grinding away at a chess position for hours on end, but there's no light, whatsoever, to be found in sight. You think you have surveyed every possibility, every move amid the multitude of moves that for some reason or intuition suggested an iota of likelihood, yet you haven't quite been able to break free of the impasse. The persistent solver that you are, you refuse to abandon the search; with all your might you keep blazing forth that torch of your hopeful soul inside the distant recesses of your obscure mind, and finally, as your resolve exerts to its most extreme limits, something dawns upon you, something like a glimmer at the end of a long dark tunnel; the very next thing you know, the sun clears out the mist, and everything stands revealed before you, clear as the day...

Do you enjoy solving problems? Well, to be clear, by problems we do not mean the regular puzzles that chess players consume as their daily dose of training, timing themselves while they do so. By chess problems we refer rather to a more sophisticated variety of tasks, a variety far too delicate and evolved to serve as mere whetstones to sparring wood-pushers. Solving such problems, dear friends, is an altogether different experience. They are meant to be solved not as one solves tactical exercises, racing against the hands of a clock; they are, in fact, meant not as much to be "solved" as appreciated like one appreciates poetry. Such a "solver" is really more of a connoisseur, he is someone who mulls over his curiosities disregarding all impositions of time, often for hours, and sometimes even for days; he revels, as it were, in his stagnation, in his scout, and rests not until he swills every last drop of what he considers no less than Ambrosia to his mind. 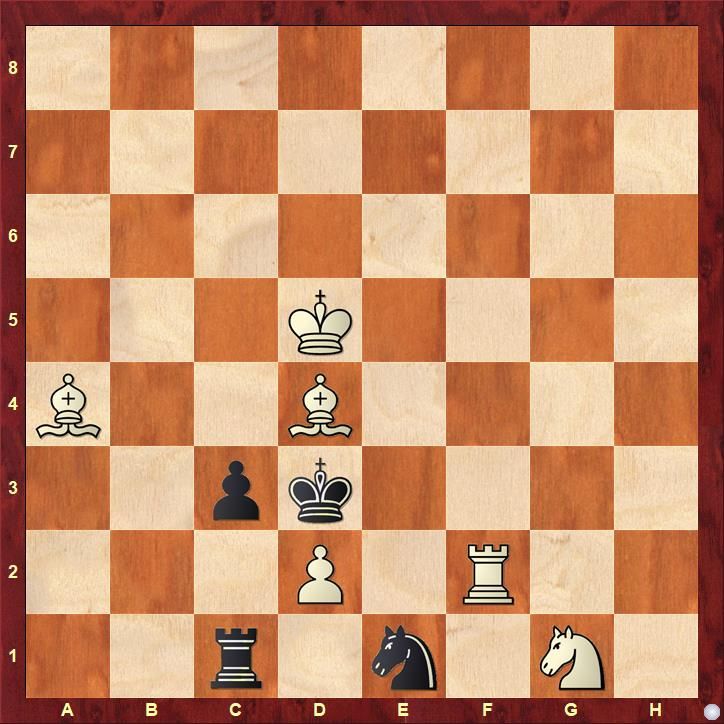 Now, would you like to try your hand at solving the problem depicted in Bogdanove's painting above? White to move and mate in 2. What happens if you rotate the board by 180 degrees?

So do you enjoy solving problems? Do you enjoy being stuck with a mystery for hours in solitude, until the way out occurs to you in a flash? If your answer is in the affirmative, then rest assured, you aren't really lost here in this strange corner of the internet! We have a contest just for you, certainly not of the traditional kind, but one that affords a little more artistic liberty. Below we have six problems, all unconventional and computer defying (after all, where's the fun if the stockfish 12 installed on your phone ends up faring better at them!), and you have all the time in the world till the 31st of December (till 12 midnight IST of that day, to be precise) to solve them. And yes, at the end of it all, luscious bounties too are up for grabs! Sounds fun? Well, let's get into the details then.

Section (I): A battle of a different kind

Chess is generally understood to be a battle, isn't it? But what if we altered the very nature of this battle? In the first section we do exactly that (and render your stockfishes useless!). It is White to play in both the problems in this section, but the task isn't to checkmate Black. 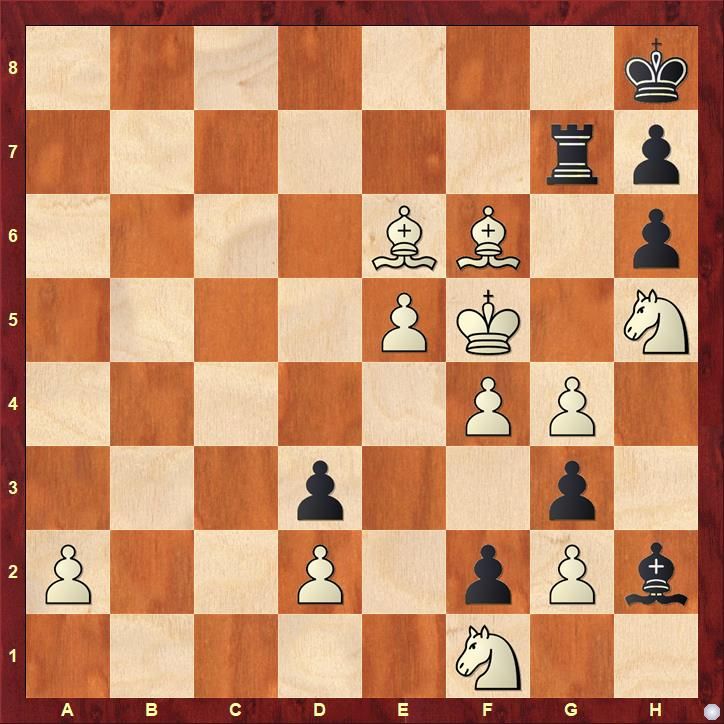 A selfmate, as it were, turns the nature of adversity between the two sides right on its head. Here Black executes the checkmate but does so completely against his own will. In other words, the task demands White to force a resistant Black to deliver mate in the stipulated number of moves; or, by way of an analogy, one can say that White commits suicide despite Black's utmost efforts at prevention.You may check out this wikipedia page to get a better grasp of how this is actually effected. As odd as they may seem, Selfmates are actually counted among the orthodox genres; and they do make a regular appearance in solving competitions. 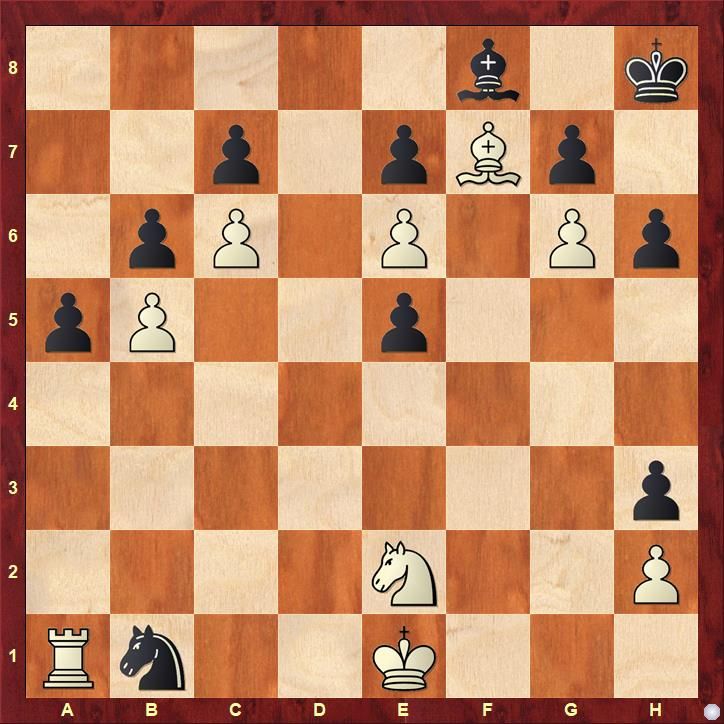 In our next Malcom original, the struggle between the two sides revolves around a completely different point. White's goal here is to castle long, needless to mention of course, he does have the right to castle in the given position. Black, on the other hand, is bent on denying the white king this royal privilege of his! The stipulation implies that if both sides pursue their opposing objectives without making any errors, then by 76th move White should be able to execute O-O-O. Your job is to realize how. Computing 76 moves is insane, you complain? Well, not really, these 76 moves are nothing more than a few blocks of long repetitions!

Section (II): The beauty in truce

It is no secret that the human species by their very nature is given to a sort of strange bellicosity, they like war and violence, because, just as Quentin Tarantino says, "it's so much fun!" But hey, we tell you that peace too can be fun, peace can be art! In this section we explore the constructive beauty of the two sides on chessboard laying their arms down and working in consonance towards a common goal. 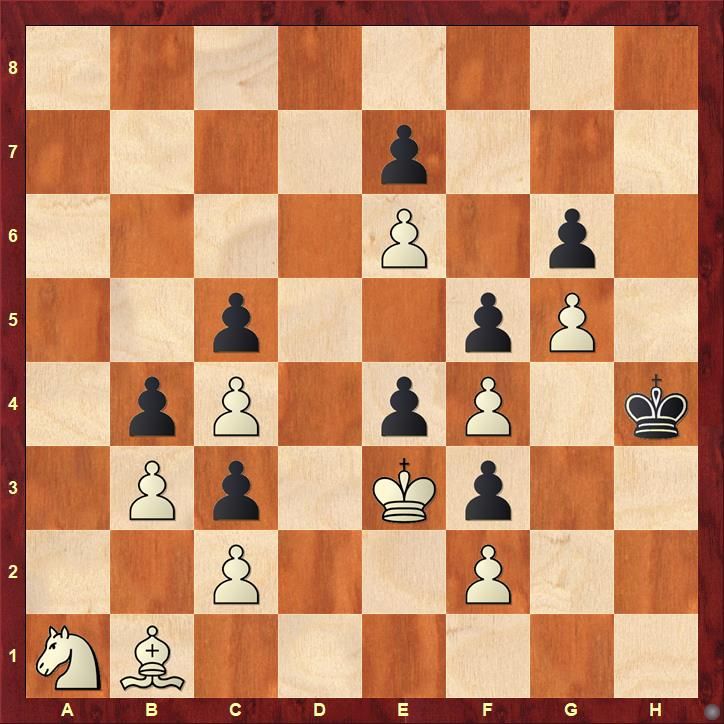 Helpmates are really the easiest to understand! In a helpmate, Black moves first, and then both sides simply work together to get the black king checkmated in the required number of moves. Typically, in long helpmates, once you are able to visualize the final position, half the work is done. The above is no exception, so in this case, before playing out moves, maybe you can start by trying to imagine the final position that we are aiming for. 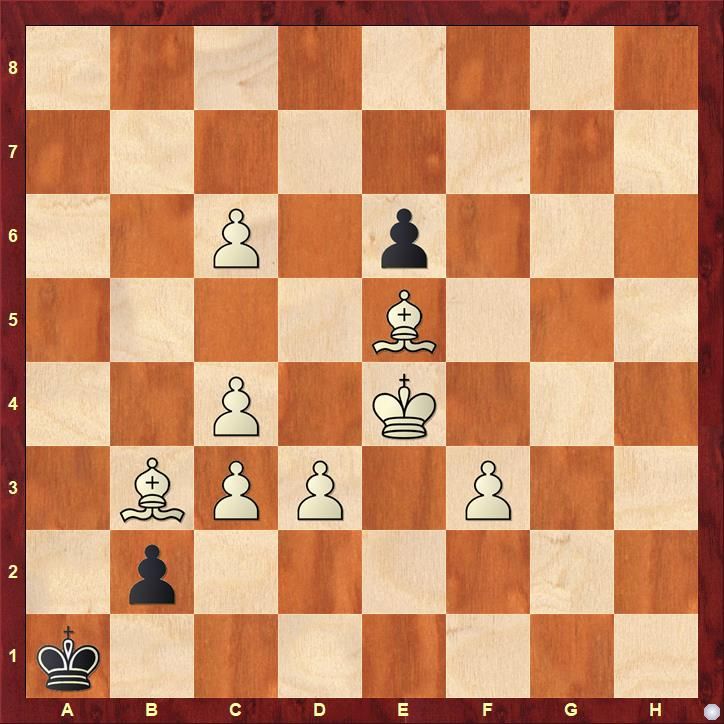 In our next problem, Black really goes out of the way to help White! In a series-mover, the basic obligation that White and Black must make moves alternatively, is dispelled with. Therefore, in the above problem, Black is to make 25 consecutive moves whilst White remains stationary, and the aim is to create a position where White can deliver a checkmate in 1. But it's important to note that at no point during this one-sided play can the black king come under check. The white king too must be kept free of checks except possibly on the last move. In other words, the position at all times must remain legal.

Note: Here too, visualizing the final position is the key.

Proof Games are one of the most entertaining problem genres. You are given a position and asked to reconstruct it from the initial game-array in a fixed set of moves. This is usually a matter of finding the unique shortest route to a given setup (and hence is often referred to as the Shortest Proof Game), but can still frequently entail very surprising and paradoxical maneuvers. 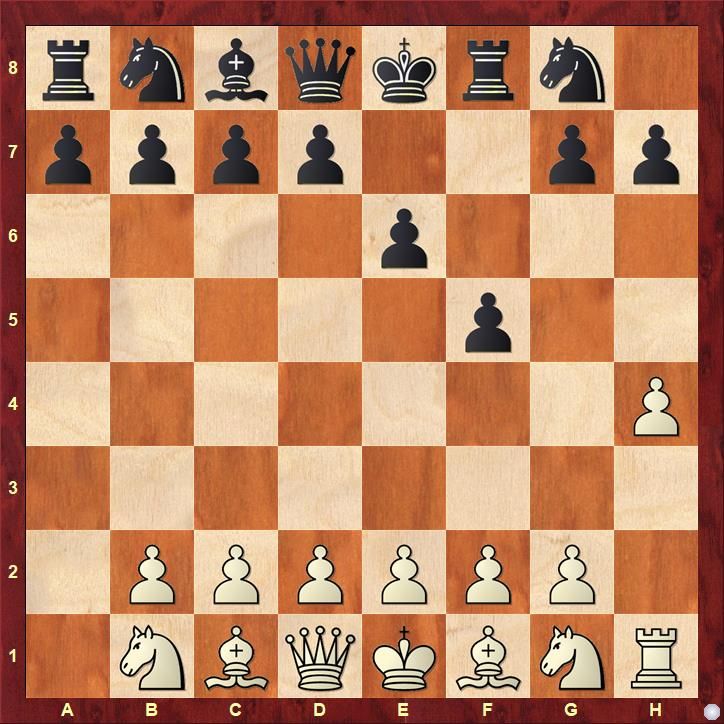 Proof Games in seven moves or less are termed as Shorties, and they at times can be amazingly tricky. The above is one of the author's personal favourites. Too simple is it you think? 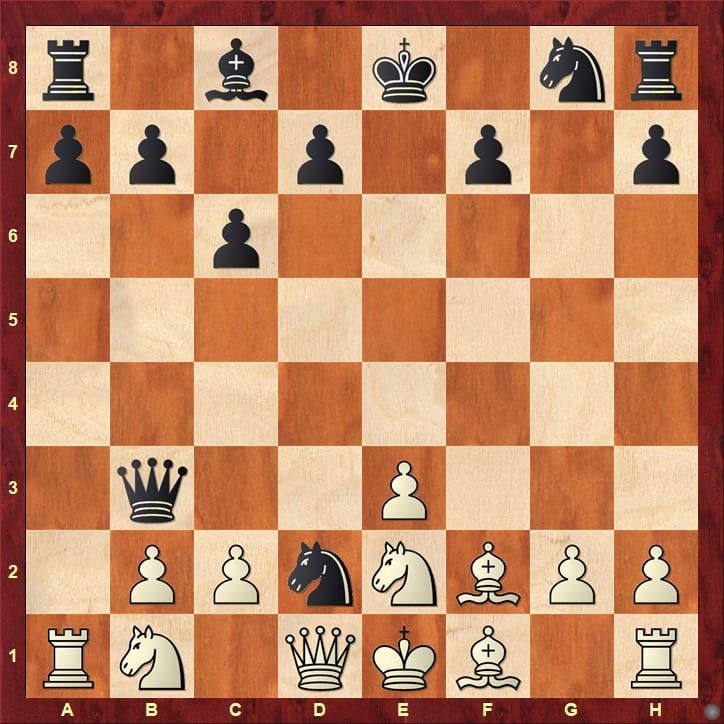 Position after White's 10th move. How many ways to reach this position?

Our final problem is once again a ChessBase India original, and it is perhaps the most perfect problem in this article and for the occasion of this competition. The position you see is after White's tenth move, and unlike the previous problem, there are more than one move orders here starting from the initial game-array leading up to it. Your task is to employ a bit of high-school math along with chess imagination to count the exact number of these sequences. We had published an article on path enumerations at the beginning of this year, feel free to check it out for more insights. The answer, by the way, is absolutely guessable, but mind you, you do have to supply us a proper mathematical proof in support of it!

Now, it's time to know the scorings...

P.S. No points for the mate-in-2 in the beginning of the article, by the way!

And finally, the prizes!!

Although we believe solving chess problems is a reward in itself, we will certainly not let your mental efforts go entirely unacclaimed. Attractive prizes are in place for the top three solvers of this competition. The first prize is a brand new ChessBase 16, the definitive stand-alone software to record, retrieve, and analyse chess games.

The second prize is a Fritz 17, this evergreen PC program which marked a new epoch, at the turn of the present century, by scoring victories against giants like Garry Kasparov, now comes equipped with an extremely strong neural network engine, the one and only Fat Fritz! 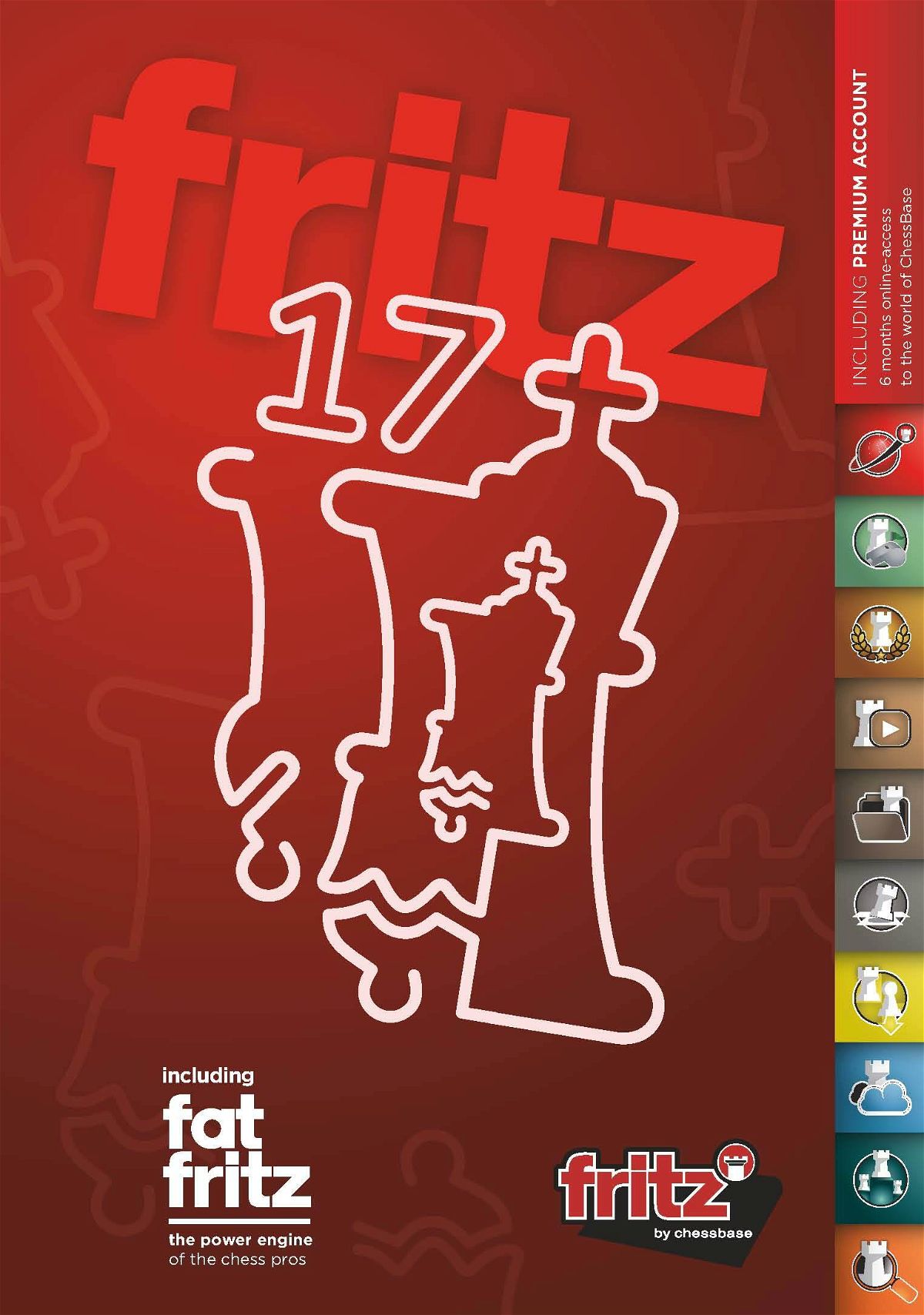 Fritz 17 really is the ultimate silicon friend you can ask for. Click here for more details.

And lastly, as the third prize, we are giving away a one year ChessBase Premium account! The unparalleled online ChessBase service giving you access to hundreds of premium training videos, and hordes of other benefits.

Here's your key to the world's biggest and most elite chess portal. What are you waiting for? Solve your way through and it's yours!

How to send your solutions?

DO NOT drop your solutions in the comments below this article. Email us your answers at teamchessbaseindia@gmail.com. Mention Christmas-New Year Solving in the subject along with your full name, and that's it. You are expected to supply complete solutions and rigorous explanations, but we still may consider giving you part markings, so by all means you can attempt as many of these problems as you like. Submissions will be accepted till 12 midnight (IST) of the 31st of this month, and we will duly check your solutions and publish the results on the 1st of January next year! Till then goodbye and happy solving.