Indian-Lion (GM Arjun Erigiasi) scored 8.0/9, remained undefeated to win 2nd Saturday Online Blitz Open 2020. This is his third ChessBase India Online Blitz event triumph. He finished a half point ahead of the competition. Diptayan, STRANGE, ZavenGrozny and chessworld1 finished at 7.5/9 each and they were placed second to fifth respectively. The second edition of five tournament series witnessed the participation of 225 players comprising of 20 GMs, 29 IMs, 2 WGMs and 4 WIMs from India, Armenia, Algeria, Bangladesh, Colombia, England, France, Singapore, USA. There were eight 2600+ players among them. The third edition will take place this Saturday 4th April 2020. Photo: Puneet Jaiswal

To give you an idea of how strong the tournament was, total 225 players comprising of 20 GMs, 29 IMs, 2 WGMs and 4 WIMs participated from India, Armenia, Algeria, Bangladesh, Colombia, England, France, Singapore and USA. There were eight 2600+ players, 64 players were above the rating of 2300, 120+ players were above 2000. If those numbers don't surprise you then this should - three GMs finished outside of top 50. That reveals the strength of the tournament.

Indian-Lion (GM Arjun Erigaisi) scored an unbeaten 8.0/9 and finished a half point ahead of the competition to win the tournament. Four players finished at 7.5/9 and they were Diptayan (GM Diptayan Ghosh), STRANGE (IM Aronyak Ghosh), ZavenGrozny (GM Zaven Andriasian) and chessworld1 (GM R Praggnanandhaa). They were placed second, third, fourth and fifth respectively.

Indian-Lion (GM Arjun Erigaisi) did not always have it easy, in fact he was in a complete drawn position against lsr (FM L R Srihari) which he missed and allowed his opponent to get away with a draw, well his opponent missed the winning opportunity too. Since these are all blitz games without any increment, these misses are quite natural. 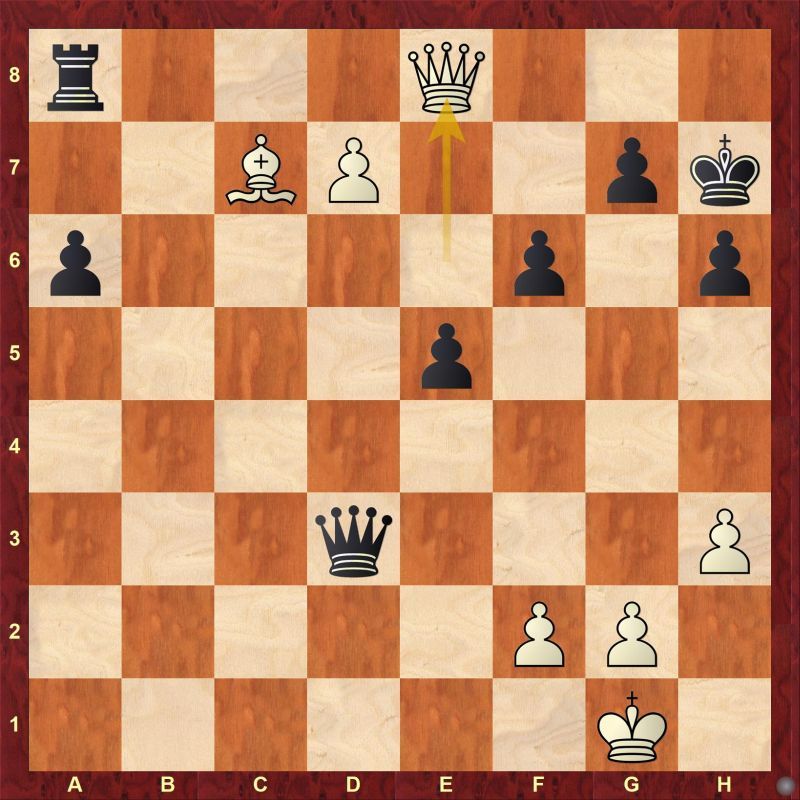 Draw is definitely the best result for black here and on a regular day it's not difficult to spot. Can you find the correct continuation for black to salvage a draw here? 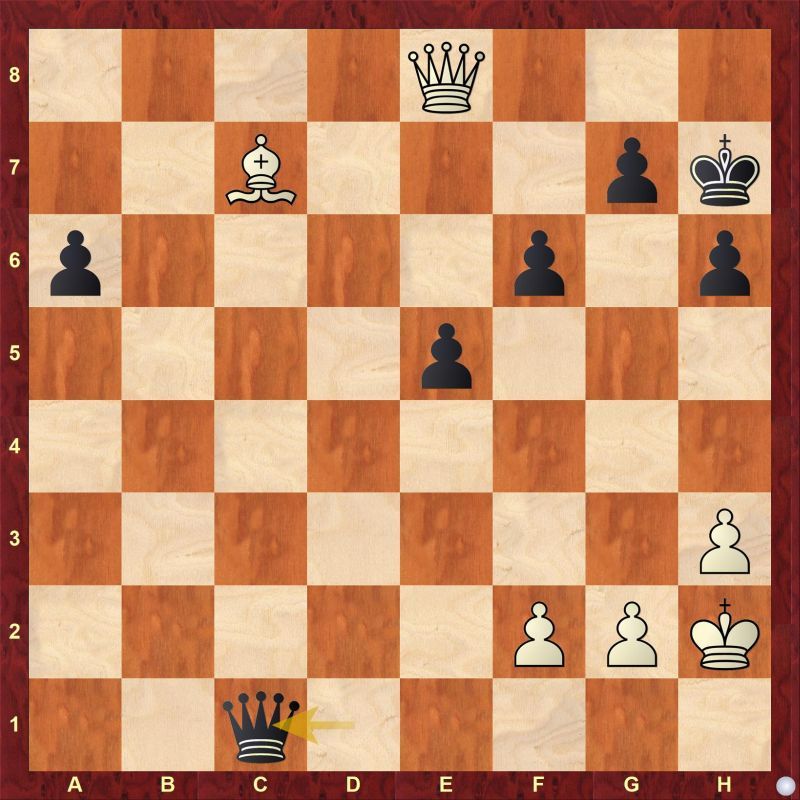 The correct continuation would have allowed white to go for a win but white missed it and played 40.Qe7 instead, black did not go for a perpetual check draw and instead won on time eventually.

In Round 6, the eventual runner-up Diptayan (GM Diptayan Ghosh) missed a wonderful opportunity against the eventual champion Indian-Lion. 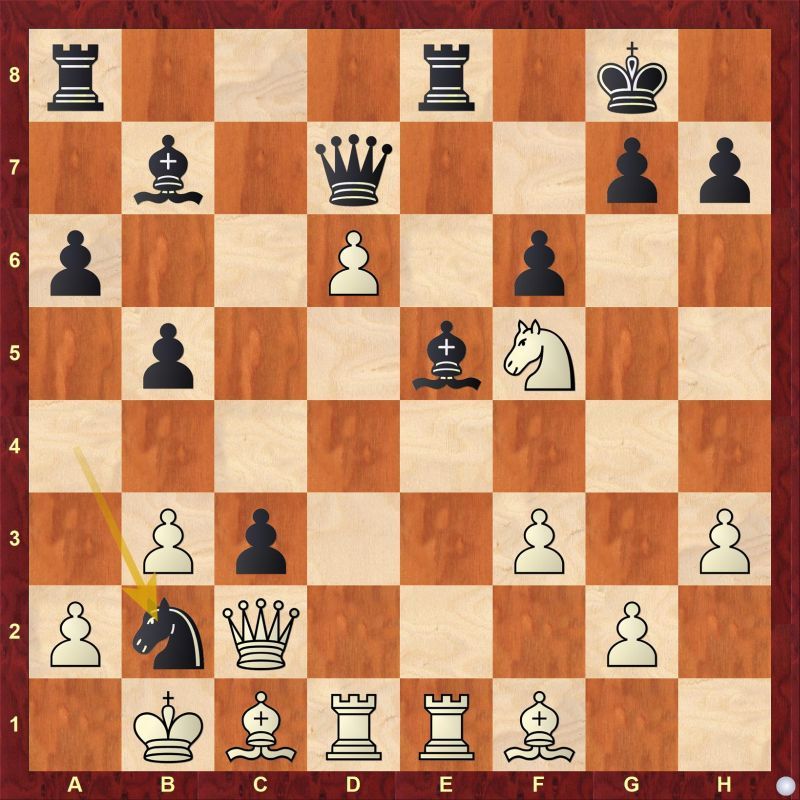 Diptayan continued here with 26.f4, a move that needed to be played later which allowed black to get back into the game. Can you find the better continuation here for white?

Indian-Lion's biggest win of the event was against Phoenix92 (GM Adhiban Baskaran) in Round 7. 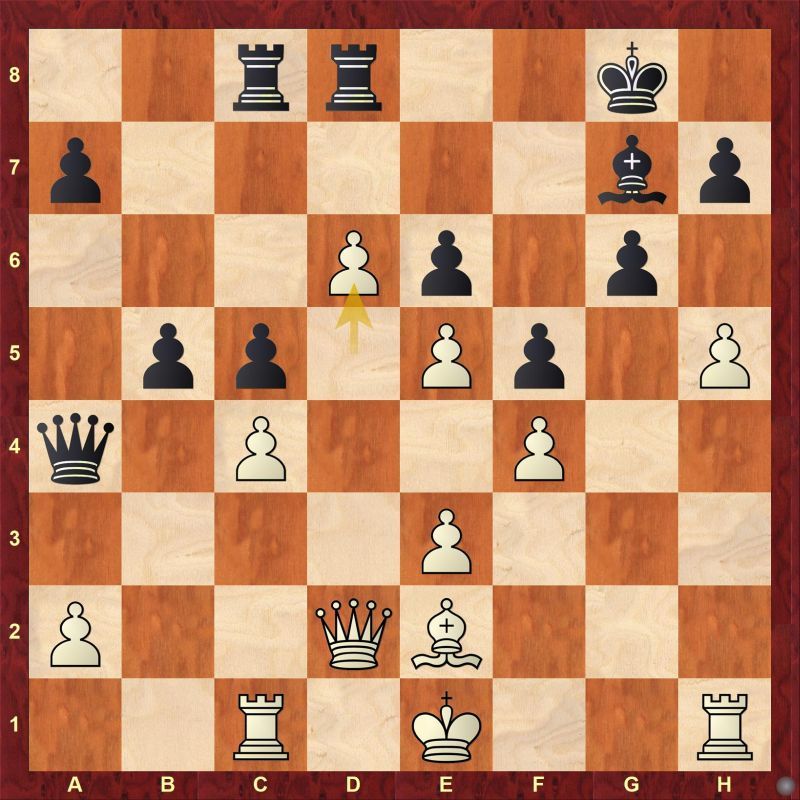 When you get a position like that against Adhiban, you surely do not want to miss the opportunity and Arjun managed to seize the victory.

Indian-Lion had a topsy-turvy game against ZavenGrozny (GM Zaven Andraisian) in Round 8. At one point, ZavenGrozny had a complete advantage. 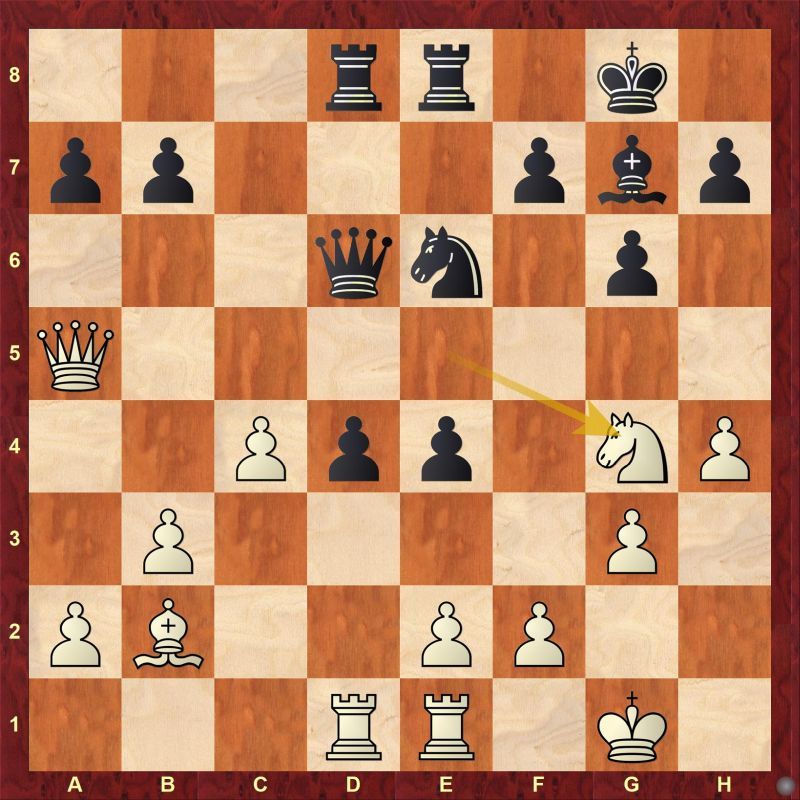 ZavenGrozny continued with 24...e3, however there was a better continuation which would have given black a huge advantage. Can you find it? 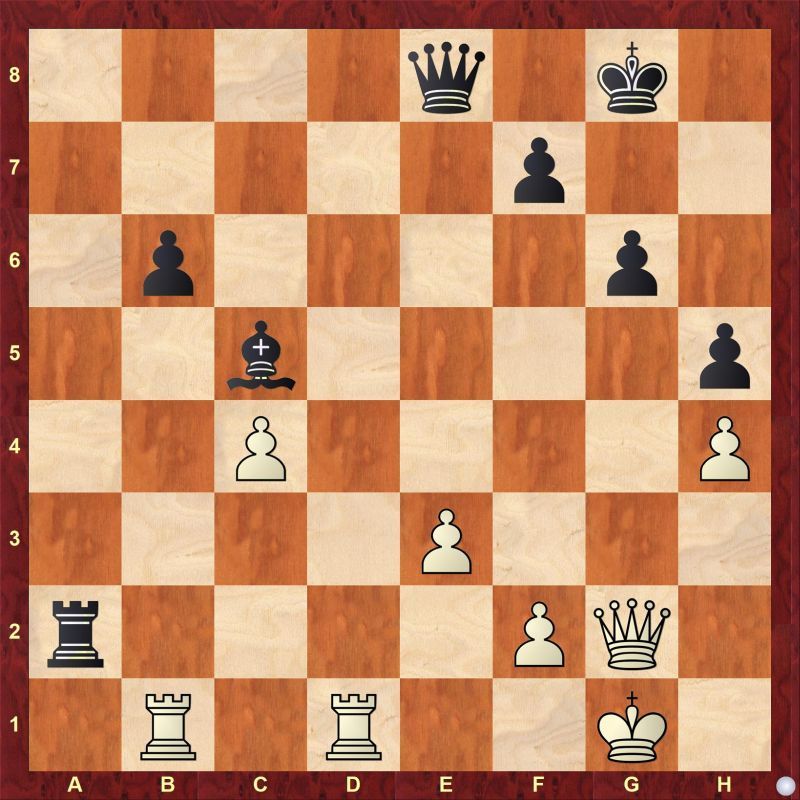 Indian-Lion missed an easy move after 41...Ra2 and continued the game with 42.Qg3. Find out what did white miss.

In the final round, Indian-Lion made a quick draw in just 24 moves with the eventual second runner-up STRANGE (IM Aronyak Ghosh).

In Round 4, Diptayan (GM Diptayan Ghosh) was in a completely lost position against Fighter64 (GM Karthikeyan Murali) after making a tactical error. 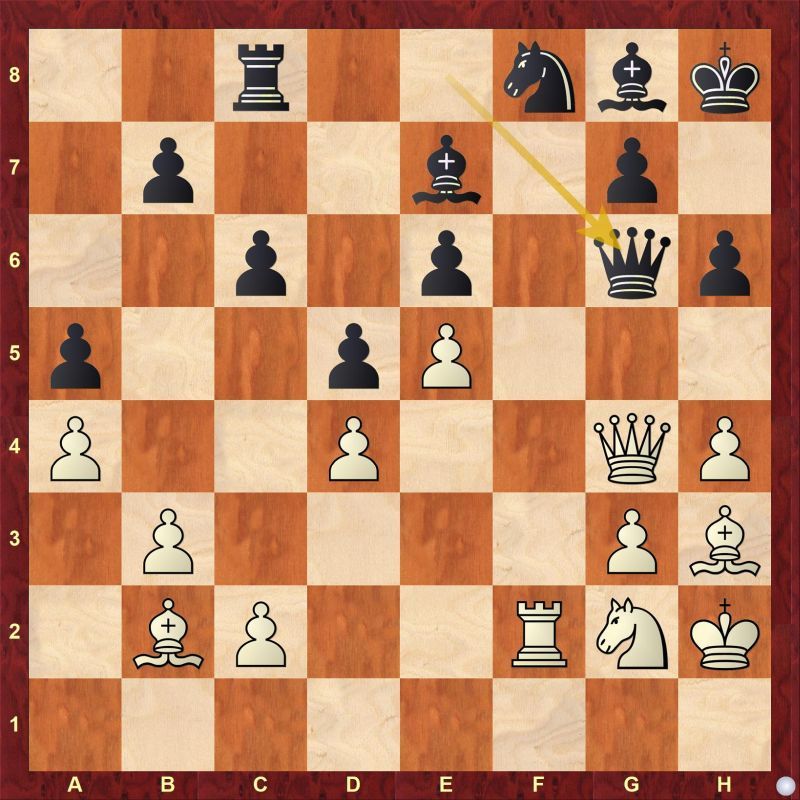 In the endgame, Fighter64 blundered his bishop which allowed Diptayan to get back in the game and he got a Rook vs Bishop which he won on time eventually.

Diptayan's best win was against Piscean (GM Sethuraman S P ) in Round 8. After Piscean's inaccuracy in the Queen endgame, Diptayan got a fantastic winning opportunity which he initially missed. 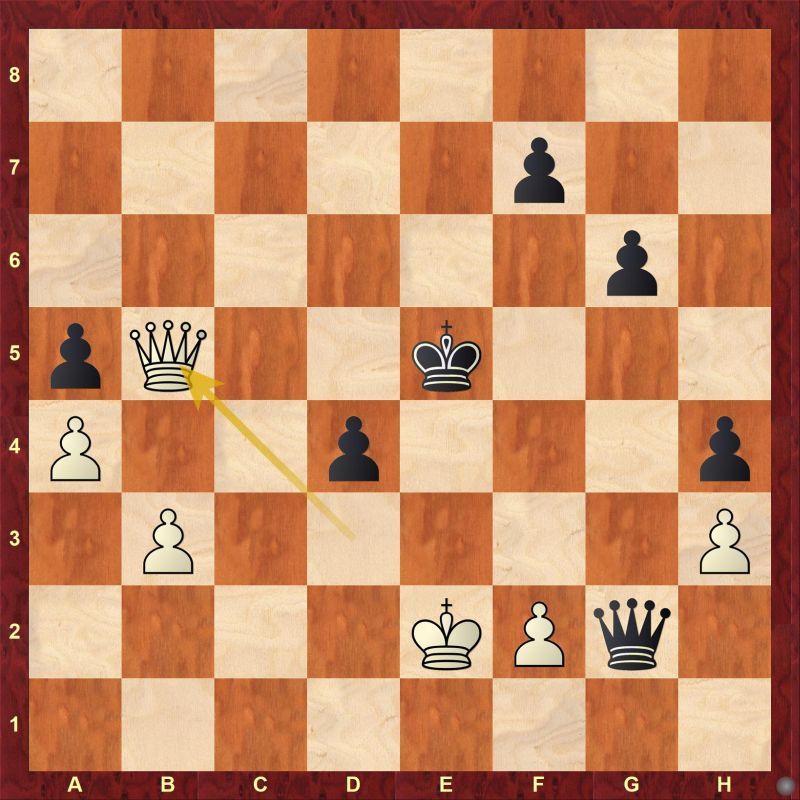 Diptayan continued here with 54...Kf4, however there was a better continuation. Can you find it? 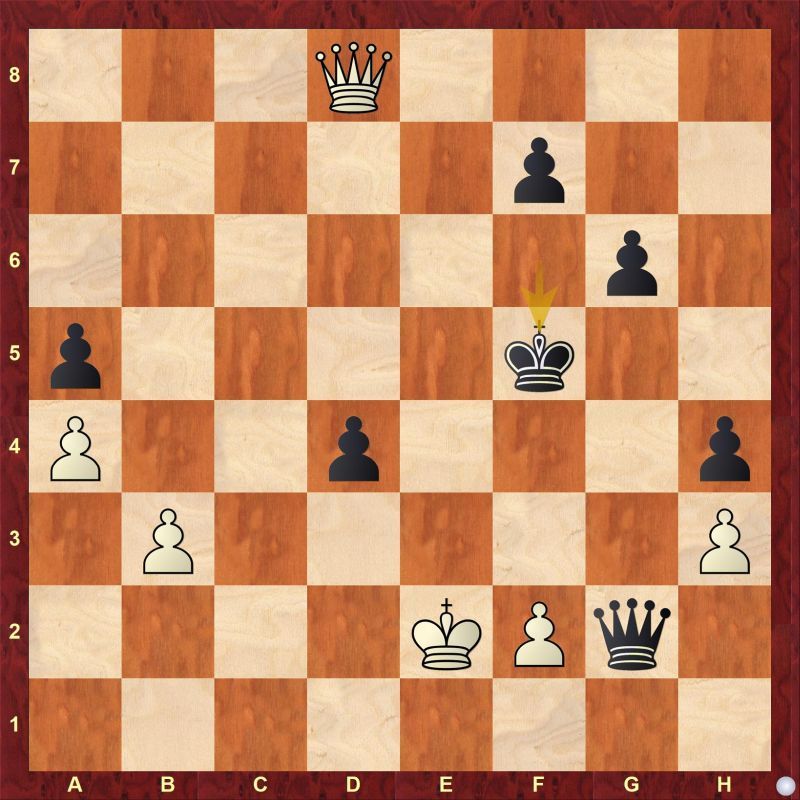 Diptayan almost allowed his opponent to get back into the game. White has two choices, to take on a5-pawn or the d4-pawn. Which one do you think white should take? One is laced with poison and the other one allows white to still be in the fight.

The Strange encounter with the Devil

STRANGE (IM Aronyak Ghosh) lived up to his Playchess handle by picking up a strange victory against Devil1234 (GM Raunak Sadhwani) in Round 5. 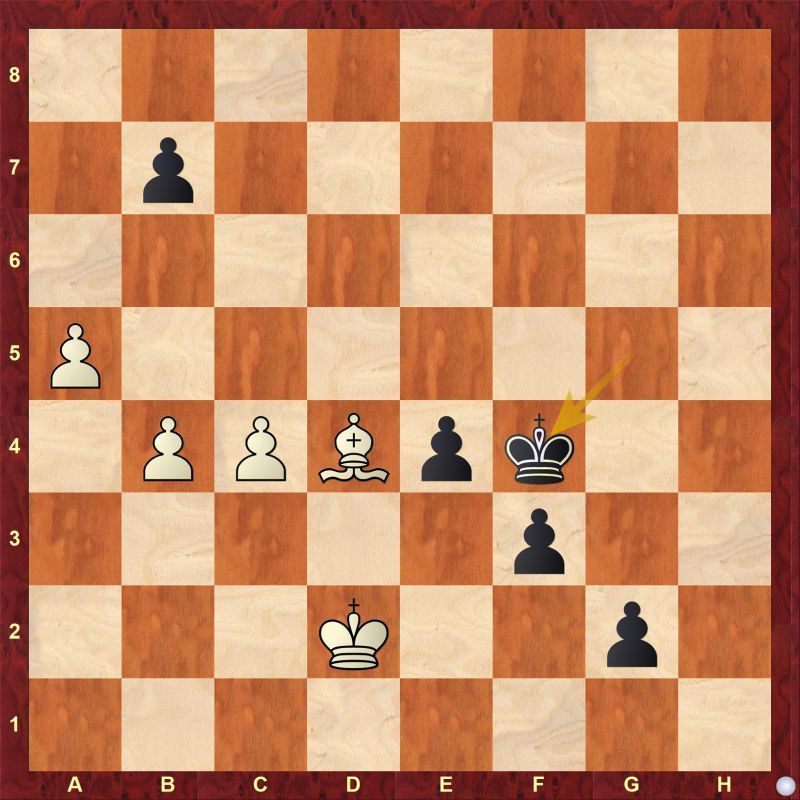 Find out the best way to continue here for white. Devil1234 continued with 63.Bf2 which is a mistake and that allowed his opponent to score a victory. Find out why 63.Bf2 is a mistake.