Vishy Anand is a private person at heart. He likes his space and he likes to keep his stories to himself. That's the reason why his book Mind Master is such a fascinating read. Vishy treads the uncomfortable path where he reveals so much more about himself than what he had in the past. Speaking to Rakesh Rao from 'The Hindu', Vishy says, "I talk more frankly. May be, it's just the sense that, now everything's in the past and I can talk about it without the pains and so on.” In this article Anand talks about his experience of promoting his book Mind Master, what are the impressions of the chess community about the book and what the year 2020 looks like in terms of his playing schedule.

Viswanathan Anand, the author, is just loving it. Select city-hopping to promote his book, Mind Master and getting a first-hand feedback on his honest effort. So you begin by asking the Grandmaster, how does it feel to be an author? Adding to public idea “I would say it's very nice. But you have to do this with some enthusiasm,” says Anand and elaborates, “the point of the book is to share, add to the public idea of what, who or what you are.

A pleasant surprise.. Have your book and eat it too..Akhil would do more justice to it. @HachetteIndia Thank you @TajGurugram pic.twitter.com/zti3ULmkJL

“I mean, most people have a certain impression of what a chess player is like, what you do and so on. And they now have something which is slightly closer to the truth. “That's why I felt that it was important to address this book as a chance to get your story out and, you know, you have to divulge stuff. So even though that’s not something I normally do liberally, over the last few years, I found that I have opened up in many ways.

“I talk more frankly. May be, it's just the sense that, now everything's in the past and I can talk about it without the pains and so on. But it's been fun for me. I had this feeling of something, you know, I've done it. Now I can't do anything more.”

Did any of the chess players get back to you on this? “Quite a few players said they really liked it. Many players said they couldn’t get it yet. I probably expect more feedback later. (Boris) Gelfand said he loved it. He was in Chennai and he read it on the flight back home. “Kramnik didn't mention it. Anish (Giri) even tweeted something, you know, as usual. I'm sure if I probed he would tell me something. But I expect the few others will read it as well.” 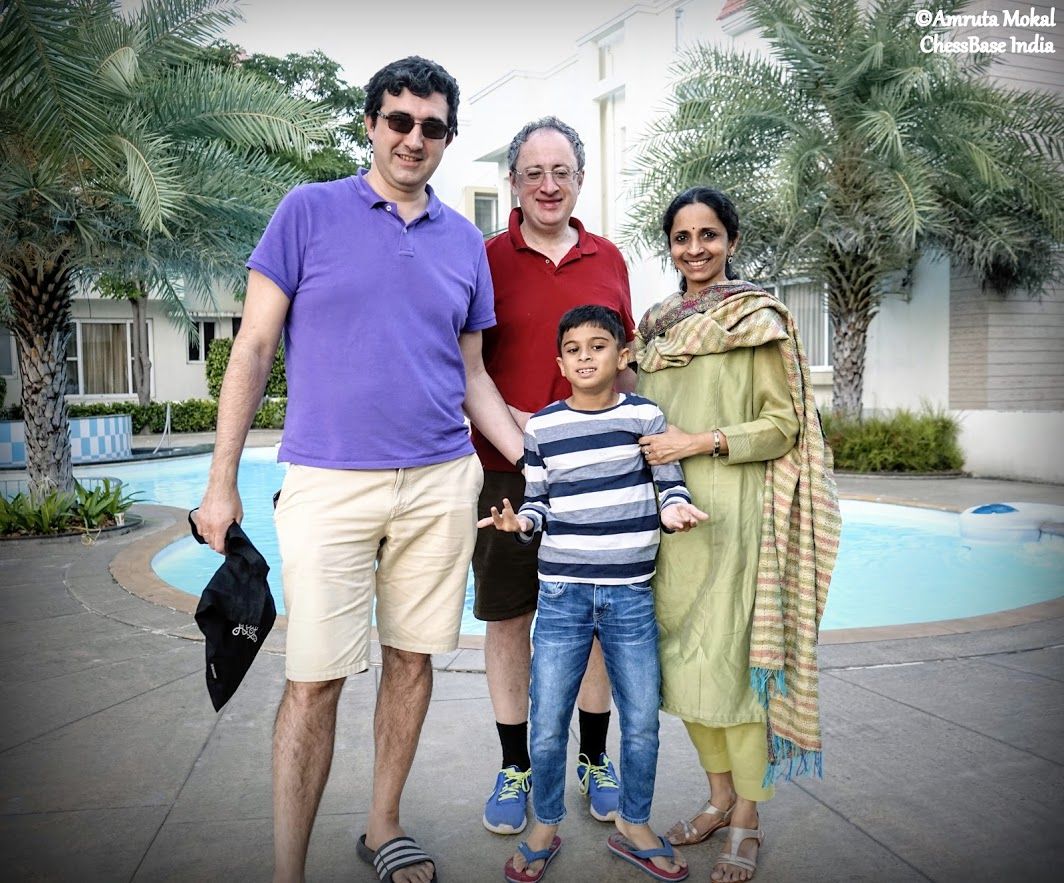 Kramnik and Gelfand were in Chennai during the Microsense Training camp. As Anand was in Wijk Aan Zee, it was Aruna and little Akhil who visited the venue to spend time with the two greats. | Photo: Amruta Mokal

Away from the book, what does your schedule for 2020 look like? “For the moment. I’ve got a tournament — Grenke Chess Open in April. Hopefully I'll get an event in May. And then it's a fairly light year because I am not playing the Grand Chess Tour. I'll play the Olympiad, maybe. And if some new tournament turns up, I might go for that. “After all these years of complaining that the schedule was heavy, if I spend this year complaining, it doesn't make sense. So I thought I'll just go with the flow, keep working, keep training and also enjoy more time at home.” 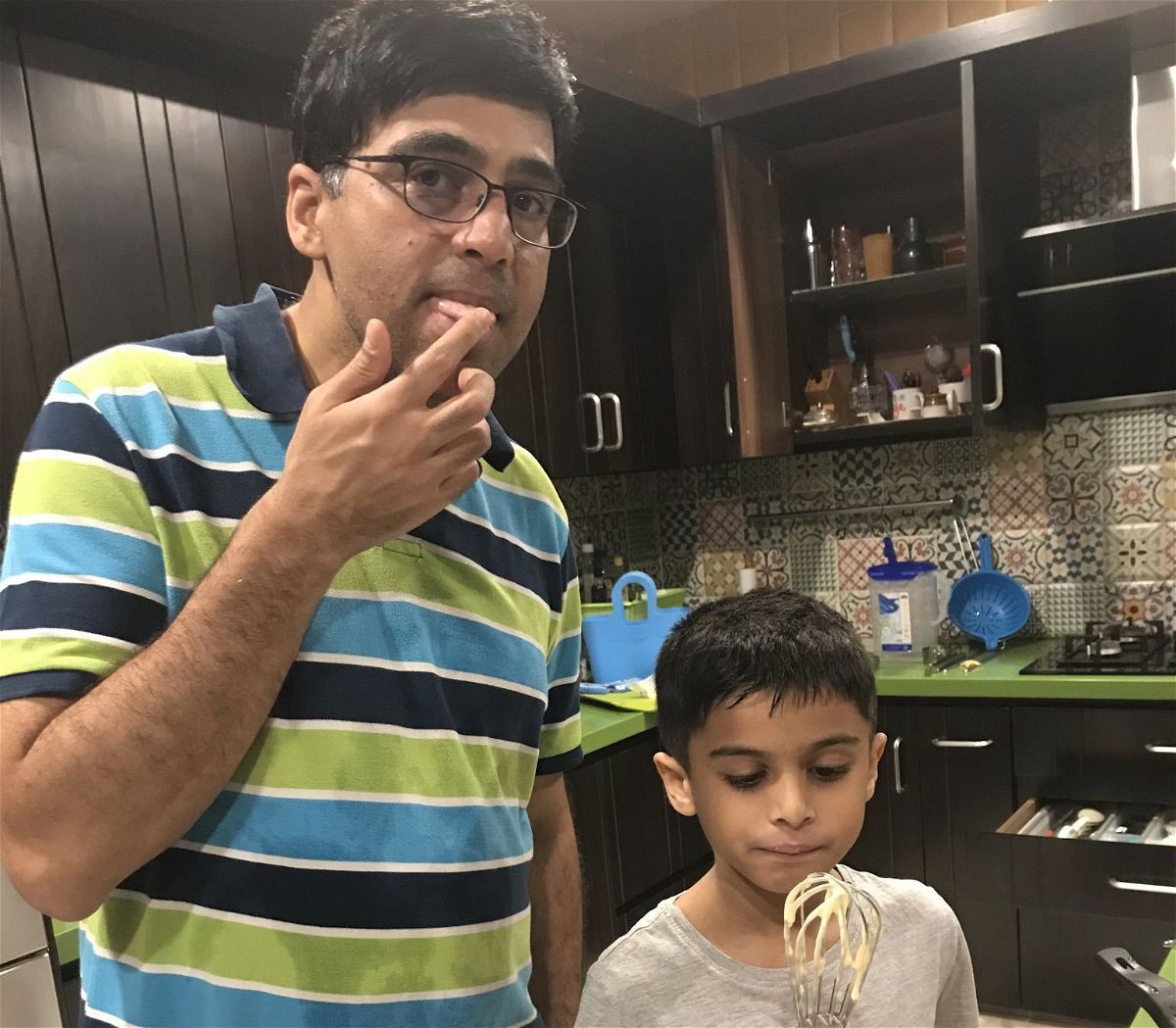 More time at home = more time with Akhil! Not something that Anand would complain about!

Rakesh Rao is a Deputy Editor of The Hindu and one of the leading sports journalists in India. From being a former Delhi chess player, he has covered a few World chess championships, Olympiads and Candidates events in the past three decades. He has also covered Olympic and Commonwealth games, F1, elite golf events on PGA Tour, European Tour, Asian Tour and several World and Continental events in several sports besides Test cricket, ODIs and T20 matches. 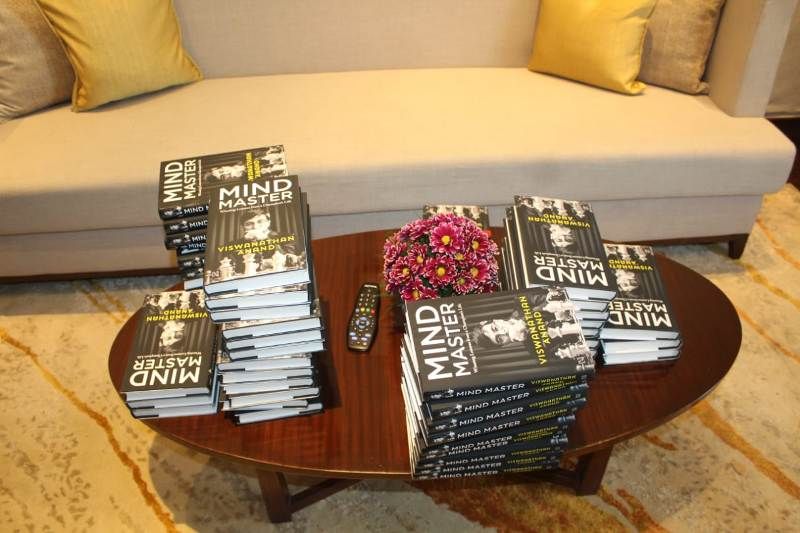 If you haven't got your hands on Vishy Anand's Mind Master, you should do it from here.
Related news: