On 11th of December 2019, Vishy Anand turned fifty. It was a special day for the Indian chess fraternity and only more so because the living legend is still making strong moves on the board. From facing Karpov and Kasparov in his youth, Vishy is still competing with the best in the world on equal terms. What is the secret of his unparalleled longevity? There is no better person who could answer this question than Vishy's immediate predecessor, the 14th World Champion Vladimir Kramnik. In this article Kramnik shares his thoughts on Vishy's legacy in the world of chess. Read on to get an unusual insight into the life of one of the greatest players that the game of chess has ever seen. 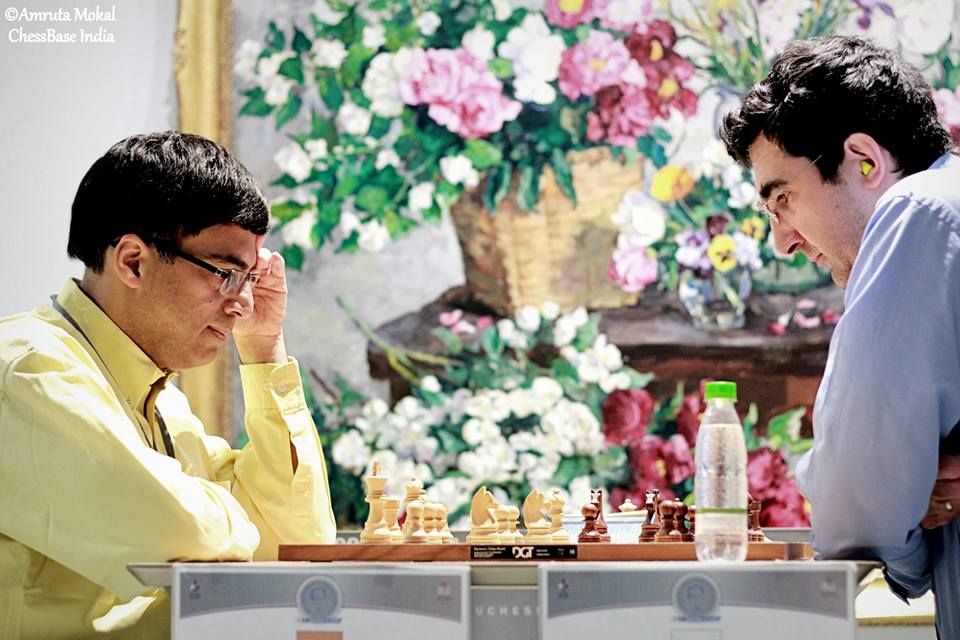 The 14th and 15th World Champions engaged in a fierce duel!

For an unassuming person such as Vishy Anand, birthday is just like any other day. For the ever equanimous man that he is, celebration without good reason is always a bit too inordinate. But that said, the five-time World Champion is by no means indifferent to the sentiments of his many fans. "I will celebrate my birthday. It is just that I celebrate it for others", said he in a recent interview with IM Sagar Shah. He recognizes and even appreciates with heartfelt modesty the love that he is given, and that is what, at the end of the day, makes him a great ambassador of the sport he represents.

We at ChessBase India are trying to make Vishy's 50th birthday special in every way and what is a better way to pay tribute to the legend but through another legend? In this article we bring you the thoughts and wishes of none other than Vladimir Kramnik, the 14th World Champion. Kramnik has been a worthy competitor for Vishy on the board, and a close friend and stalwart supporter off it. He has known him since many decades, not just as chess player but also as a human being. In this candid interview Kramnik shares his unique perception of Vishy Anand, the way he has known him. This is a glimpse of one maestro through the lenses of the other.

Sagar Shah (SS): Vishy Anand turns 50 on the 11th of December. He has been your very good friend, do you remember the first time you met him?

Vladimir Kramnik (VK): Yes, of course I remember. In fact, I also have a photo of it. Our first tournament game was in 1989. I was 13-year-old, not even 14, and he was about 16. I even found a photo of this encounter but unfortunately I am not in the photo. I was walking somewhere and it is only him thinking at the board. 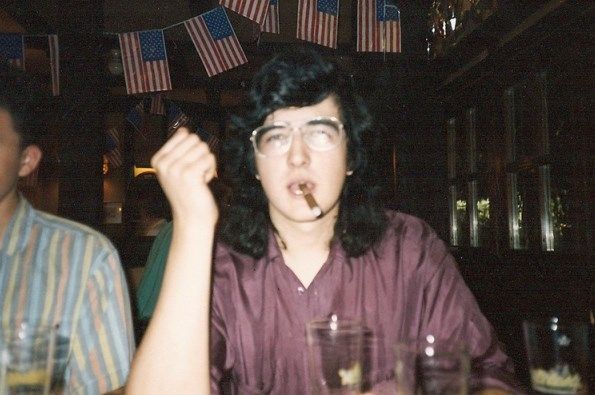 Vishy is one of the most significant figures in the whole history of chess and definitely of our times. He is still playing chess at a very high level, he is still one of the top ten players and I can tell you that at the age of 50 this is almost impossible. After 40 it already becomes extremely difficult and at 50 it is only the very unique players like Vishy who can manage. Because past a certain point, your energy is not the same, your motivation and calculation abilities are worse. To compensate all this and fight young, hungry, energetic players on equal terms requires very exceptional level of play. It is very difficult even for very high level players to continue after 40 and to manage at 50 with just your class and talent is simply extraordinary. Beside Vishy, I think it was only Capablanca who could do this. 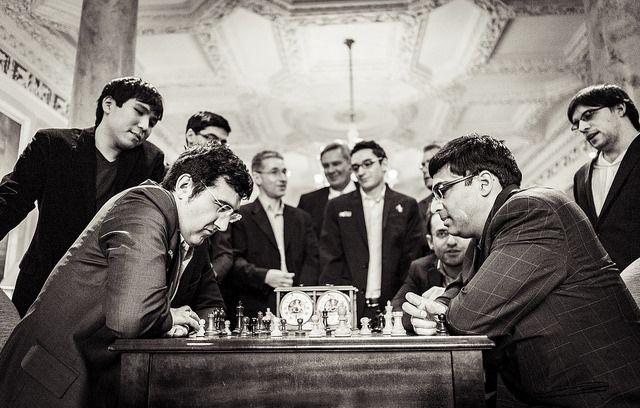 The young generation has learnt a lot from both of these champions! | Photo: Lennart Ootes

I am happy for Vishy. It actually is very nice to see him still do well in tournaments. In a way, I see him as the only one left from my generation who is still fighting with top players on equal terms. One day when he stops it will be the end of a huge part of chess history. He has played with Karpov and Kasparov, and now he is fighting a totally new chess generation. So in some sense he is our last hope [smiles], because he is there we are not forgotten. If he stops playing then perhaps people may still look at some games by Gelfand or Ivanchuk but that's it, the past will be closed and locked away. I hope he is going to continue playing and continue playing well for some more years to come. But in any case, my congratulations to him on his 50th birthday. It is difficult to imagine him as a 50-year-old because I saw him from when he was 17 or 18. Somehow time runs.

Vishy turning 50 is difficult for me to digest. I would like to express my heartfelt admiration for him - both the chess player and the human. He is no doubt a very unique chess player and because he is a very modest person, not a show-off person, some people, especially from younger generation, tend to underestimate his level and achievement. But he really has had an amazing career, he really is one of the most significant players in the whole history of chess. Hope he stays there as a wall and keeps fighting players from younger generation, even though he really doesn't have to do it anymore, but as long as he is enjoying chess and playing it well, he should do it because the chess world needs him. Of course, if he decides to stop chess one day, I will fully understand him but the world of chess will not be the same anymore.

SS: You both have had a sort of similar trajectory. Both of you became world champions and maintained the crown for six-seven years. What do you think keeps him motivated even now?

VK: I think for all champions and top players it is not just the results you play for but the fact that you like the game. There is something in the game that you always enjoy. Sometimes it can be stressful and even physically tough but still because you love the game it keeps you going. If you play chess just for achievements and concrete results, I think the motivation cannot stay for so long. Kasparov and Karpov, for instance, were two very different characters but one thing I saw in them both was that they really liked chess. Clearly, there has to be a certain admiration for the game itself and then since it is you who is playing the game, the game should be something holy for you. I think that's the only thing that can keep you going for such a long time. 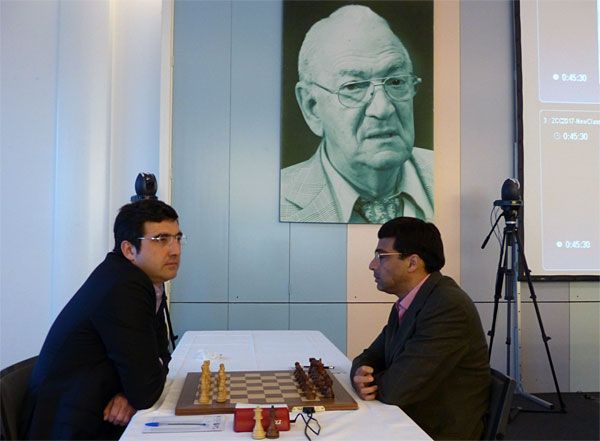 A very nice picture with Vishy and Kramnik in the front and the great Viktor Lvovich in the background | Photo: Zurich Chess

SS: Lastly Vladimir, when Vishy won in Reggio Emilia ahead of Kasparov and Karpov it was a big result for him but later on he lost the World Championship to Kasparov. When did you actually feel that he could become the absolute best in the world and even be the World Champion.

VK: Well, it was clear quite soon I would say. I mean, you can never be 100% sure that someone will become the World Champion but the fact that he had the chance, he was among the few who could do it, was very clear to me and to everyone very early. Already in 92-93 it was obvious. His was a talent of massive scale. I once told him Frederick Friedel, I think in the 90s, that if I would just have his talent, I would be 2900 or something [laughs] Vishy's talent was amazing. I think he is the most naturally gifted player of our generation. The talent was clear from very early. He could see things extremely quickly, he was so sharp at calculating variations. He was obviously a very unique talent but even if you have talent you still need to realize it. That is not given, right? It took even Vishy some time to get to the very top of the chess world. But the talent was unquestionable, even in 89.

I was too young at that time but I remember this story, Efim Geller once played a tournament in India in 87 or 88. I think he won that tournament but he lost a game against Vishy. I remember this very well because some Grandmasters were trying to tease Geller because he lost to some young Indian kid and so on. Geller was actually a very top player and, for example, even had a positive score against Fischer. But I could see that he was taking it quite seriously while everyone was just laughing around and teasing him. So already in 87, Vishy's scale of talent was clear to someone like Geller! 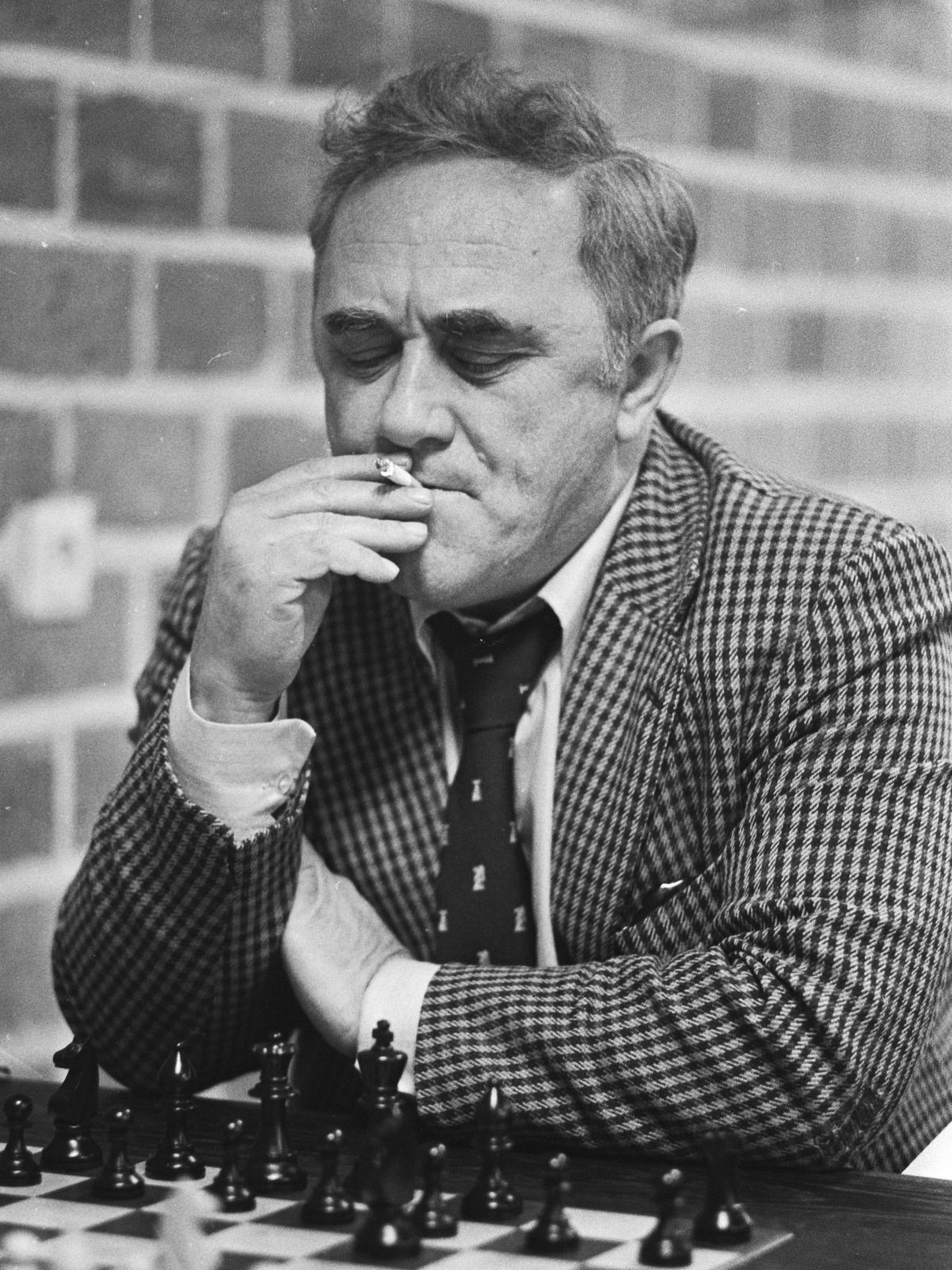 Geller recognized Vishy's talent much before he was a world class player! | Photo: Wikipidea

Vishy could have become World Champion a bit earlier as well, but it goes as it goes. You need to learn your lessons, you need to lose some painful games before you grow as a personality and are ready to become a World Champion. Well, I think there's nothing to feel pity about in his career. It was not so bad after all!

SS: Well, thank you so much Vladimir for your time and best wishes to you for your career ahead! 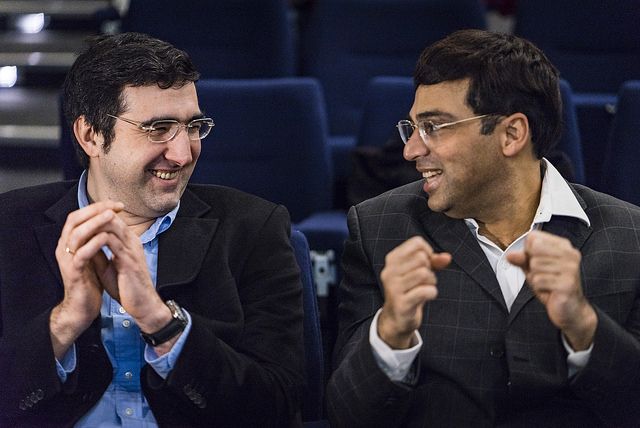 Rivals on the board, but great friends off it - that's Vishy and Vlady for you! | Photo: Lennart Ootes

Make sure you get your hands on Vishy Anand's book Mind Master (written by the man himself), which will be launched today on 13th of December 2019.
Related news: