Today Sethuraman is well-known and respected grandmaster in the world of chess. He has won the national title, the asian title and also been a member of the bronze medal winning Indian team at the Tromso Olympiad. But around 15 years ago when he was taking his first few steps in the world of chess, his meetings with Anand changed the way he looked at the sport. In this article Sethuraman recounts his meetings with the legend and how they inspired him to become a stronger player. This December, ChessBase India is celebrating the month as Vishy's December in honour of the Indian chess legend Vishy Anand turning 50 years old. If you have a story, experience or an anecdote related to Anand which you would like to share with the chess world, you can send it to us at chessbaseindia@gmail.com. 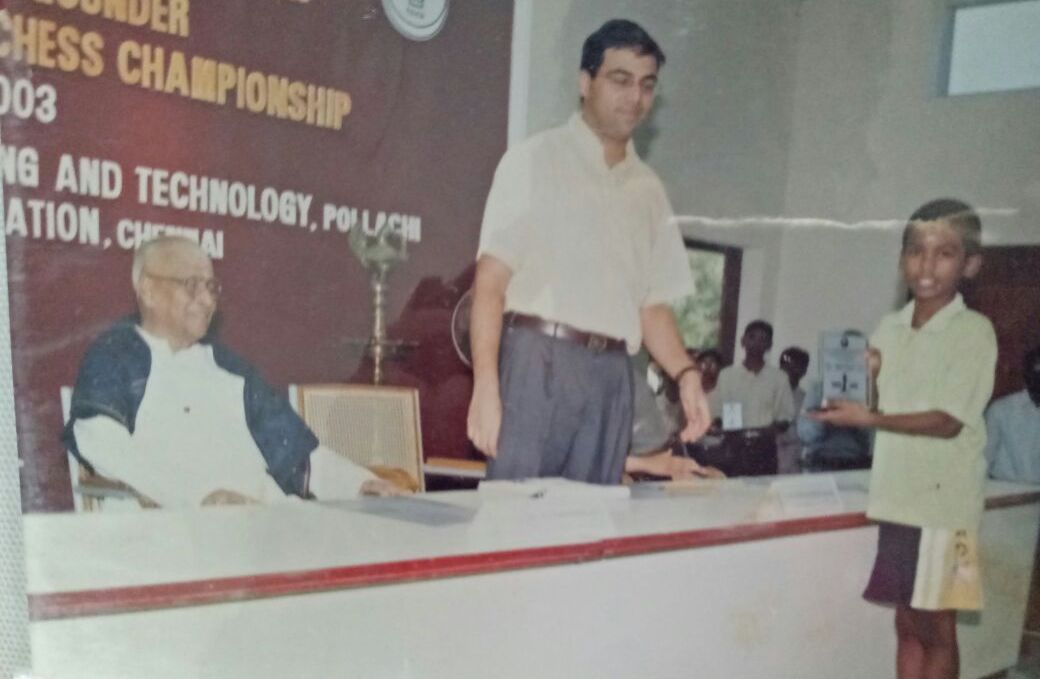 A 10-year-old Sethuraman receives his prize from Vishy Anand!

I met Vishy Anand a couple of times from the age of 7-8 at felicitation functions and at prize award functions when he was the chief guest. Personally the most memorable one was before World youth U-16 which was held at Batumi. So before the event I got a call from Mrs. Aruna Anand. I was spell-bounded and could hardly talk over the phone. She invited me to their home and Anand spent some time with me, patiently answering all my curious questions. I was thrilled to receive tips from a great legend like him. 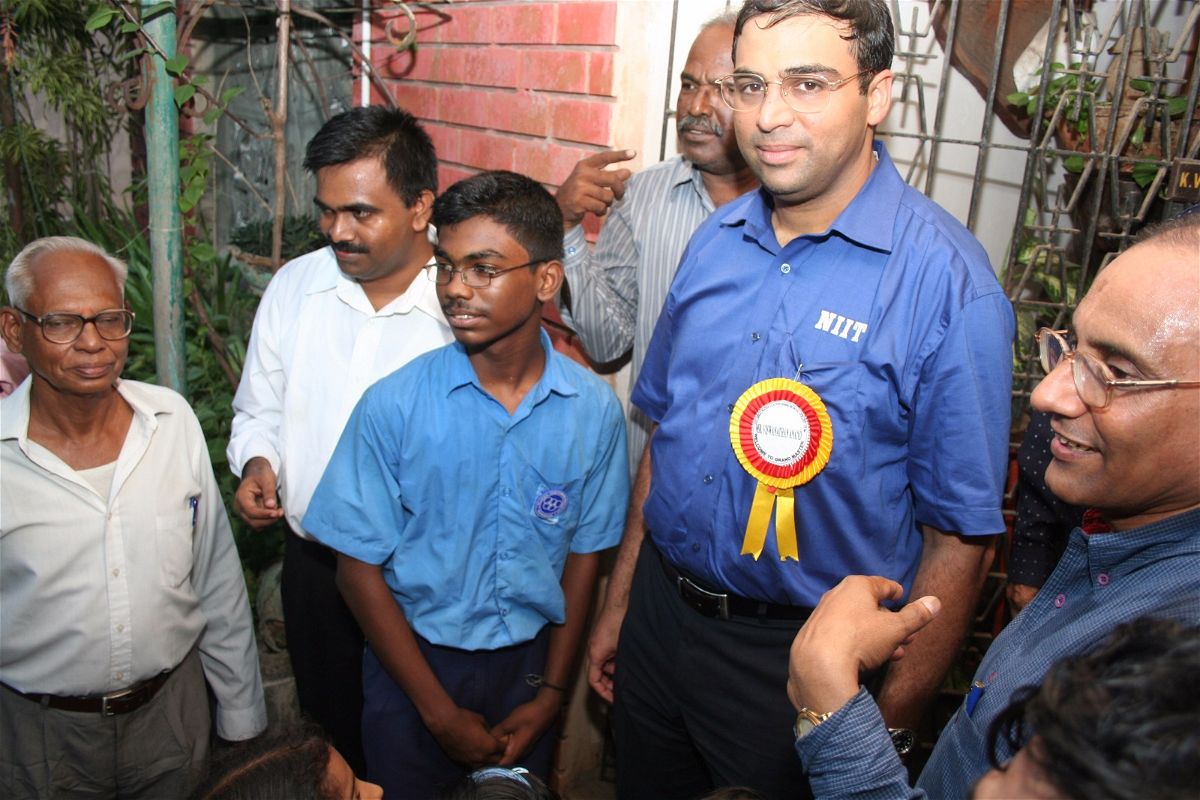 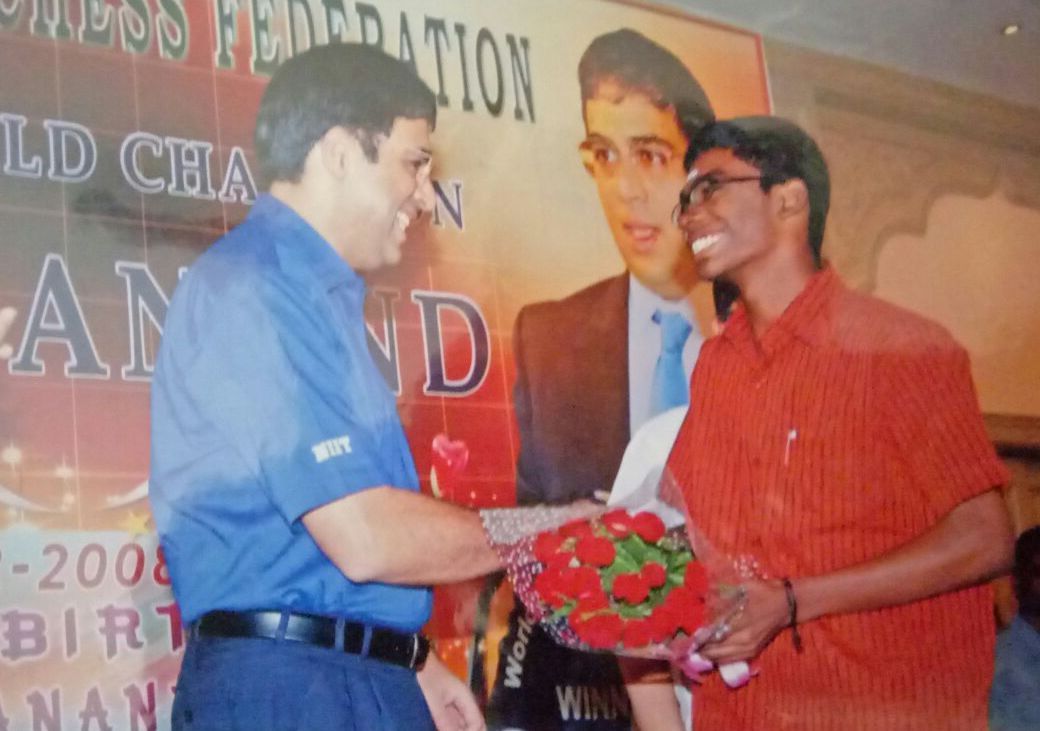 Adaptability and consistency are the two main qualities of Anand that have inspired me a lot. Even at the age of 50 he is one of the best players in the world. I think his undying passion and curiosity to learn new things irrespective of his stature is the reason behind his longevity. 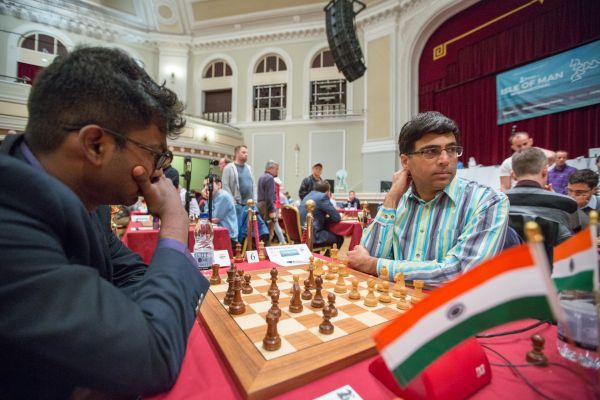 From receiving prizes at the hands of Anand, Sethuraman fought against him as his opponent at the Isle of Man 2017 and 2018. In 2017 he lost with the black pieces, but in 2018, he was able to hold Vishy to a draw 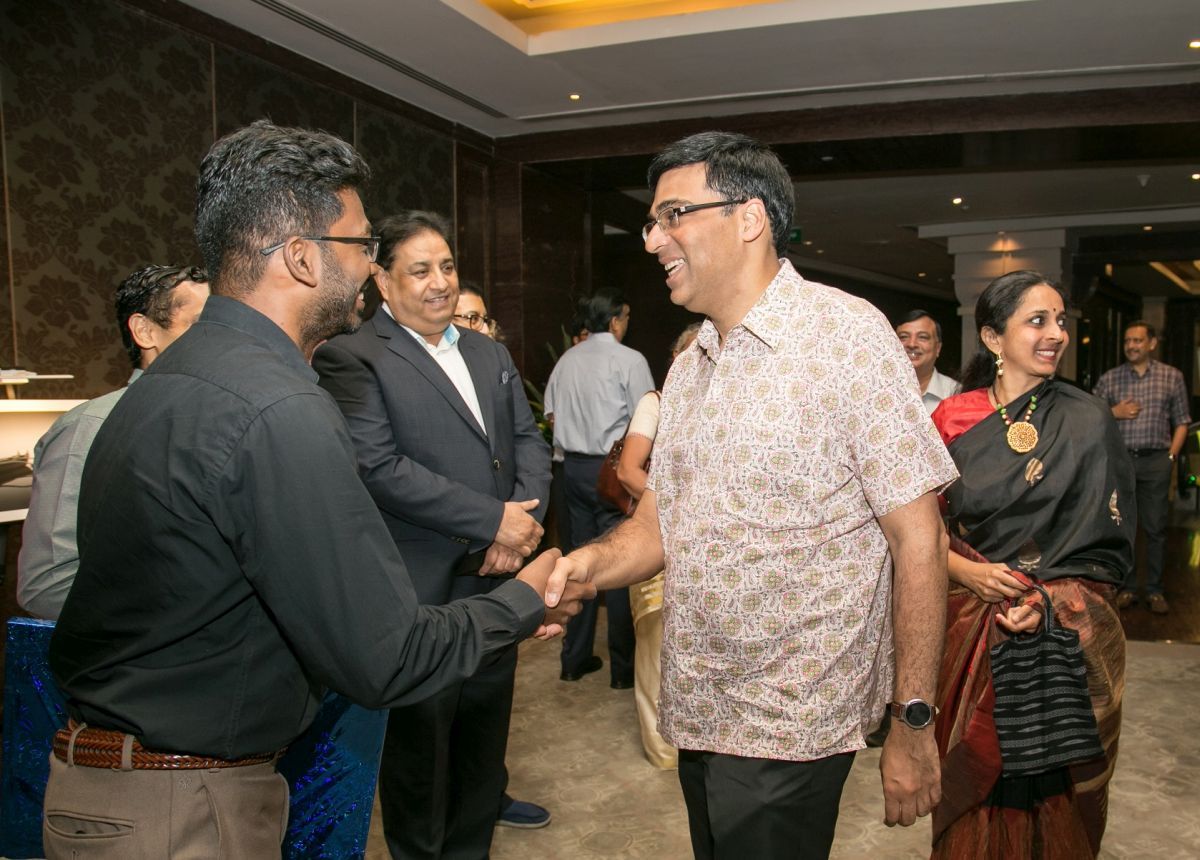 The most recent picture of Sethuraman with Vishy

I love many games played by Anand. It's very hard to pick one. Anand-Adams 2005 in San Luis comes to my mind right now.

I wish Anand many more happy returns of the day! I wish him a great health and I am sure he will continue to inspire us in the years to come.

S.P.Sethuraman is one of India's finest grandmasters in chess. He became the national champion of India in 2014. He was part of the Indian team at the Tromso Olympiad where the team won a bronze medal. He was the Asian Champion in 2016.