Bangladesh Police successfully defends their title by beating SAIF Sporting Club 2.5-1.5 in the final round. They finished with a 100% score of 20.0/20. Shahin Chess Club makes an impressive finish by beating Leonin Chess Club 2.5-1.5 in the last round of the event. Despite starting with three draws, Shahin Chess Club made a good recovery and managed to finish second with 14.0/20. SAIF Sporting Club had to be content with third place after suffering their second loss of the event, finishing with 14.0/20. Even though both Shahin and SAIF finished with the same match and game point. Their direct encounter went in Shahin's favor as they beat SAIF Sporting in Round 9.

Indian players on their performance and playing an over-the-board event after more than year:

GM Surya Sekhar Ganguly - "To make a move where there is no mouse click involved, opponents cannot make a pre-move, they are a completely different feeling. Overall I am very happy that I got to play as I did not play anything in recent times. I was involved in so many different projects starting from Chessable course to Pro Chess Training, above everything was Arya. I was totally detached for the last few months. It was like getting some kind of oxygen. Although I wish my personal performance was a bit better but I am very happy overall with the fact that I could play.

There were many teams who were at similar strength, particularly Adhiban's team (SAIF Sporting Club). Their top two boards consisted of higher rated players. Our team was well balanced and very high team spirit. Winning with a round to spare and also by winning all the matches, always gives us an extra good feeling. What I liked is, I could win the day Raunak lost and he could win the day I lost which balanced the team well. Those are the only days when we got only one point on the top two boards, otherwise we always had 1.5 or 2 points from those boards. Local players Rakib, Zia and Fahad, all of them played very good. Last time for Bangladesh Police, everything came down to the wire in the last round against SAIF Sporting Club. This time things did not turn out like that and we won the last round too."

GM Raunak Sadhwani - "First of all I want to thank Bangladesh Police team for inviting me and for their great hospitality. Bangladesh Police became the champion. I am happy that I contributed my part in this achievement. Grateful that I got this opportunity to play OTB, meet my friends, simply loved the tournament atmosphere which I was missing from last one year.

It was nice to play OTB - The real chess. Happy with my performance but still need to improve on various aspects of the game. Thank you to GM Surya Shekhar Ganguly for taking such a good care of me. Learnt so many valuable lessons from him. Hoping that soon this pandemic comes to an end as it is a very tough time for everyone. Awaiting for more strong OTB tournaments."

GM Abhimanyu Puranik - "Although there were some rough edges overall I'm happy with my performance and it was great to finally play an otb event after a year!"

GM Narayanan S L - "Thanks :) . Of course satisfied with my play overall even if I didn't play any player above my rating. It was completely refreshing to play over the board moving the pieces around."

GM Adhiban B - "Hey it was good! First round was the only difficult one, because I had to get used to playing with mask. But I don't mind wearing a mask, makes me feel like a superhero! Also on a funny note when I am yawning opponent can't figure it out 😂😂 I felt glad to be back to otb, it feels like I never left 😎🤩"

Two of the top three players of the event GM Surya Sekhar Ganguly and GM Adhiban B faced each other in the final round of the event and the game ended up in a draw.

Bangladesh no.1 GM Abdullah Al Rakib made a draw with the no.4 of his country GM Reefat Bin Sattar. Although final position was in Abdullah's favor.

GM Ziaur Rahman scored the only decisive victory of the round for his team against FM Mohammed Abdul Malek.

Bangladesh Police registered their tenth victory of the event against SAIF Sporting Club 2.5-1.5 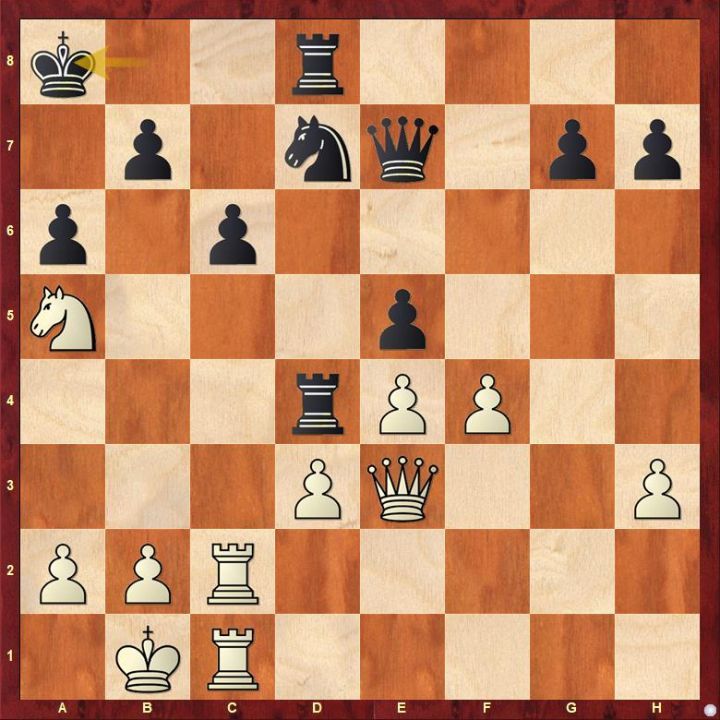 Find out an interesting continuation for white after 35...Ka8. 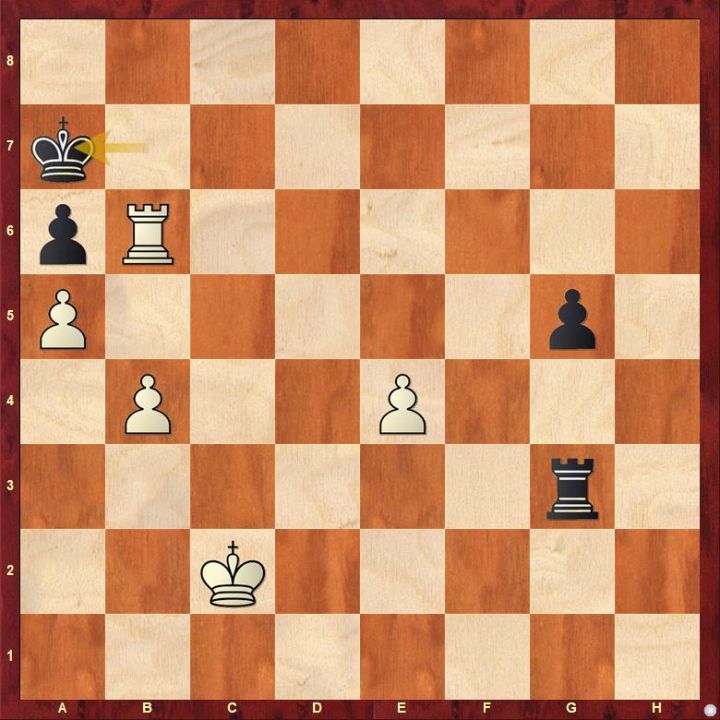 White has an extra pawn and relative better king's position. What should be the correct plan here for white to push for a win? The game continued with 52.Rg6 which is not the best move and after 52...Re3, draw became inevitable.

GM Gukesh scored his impressive ninth victory of the event against Md. Monjur Alam. He scored an incredible 9.5/10.

Despite being worse in the middlegame, IM Mitrabha Guha turned things around and beat his third GM of the event - Enamul Hossain.

Replay games from Round 11

Final Standings after Round 11