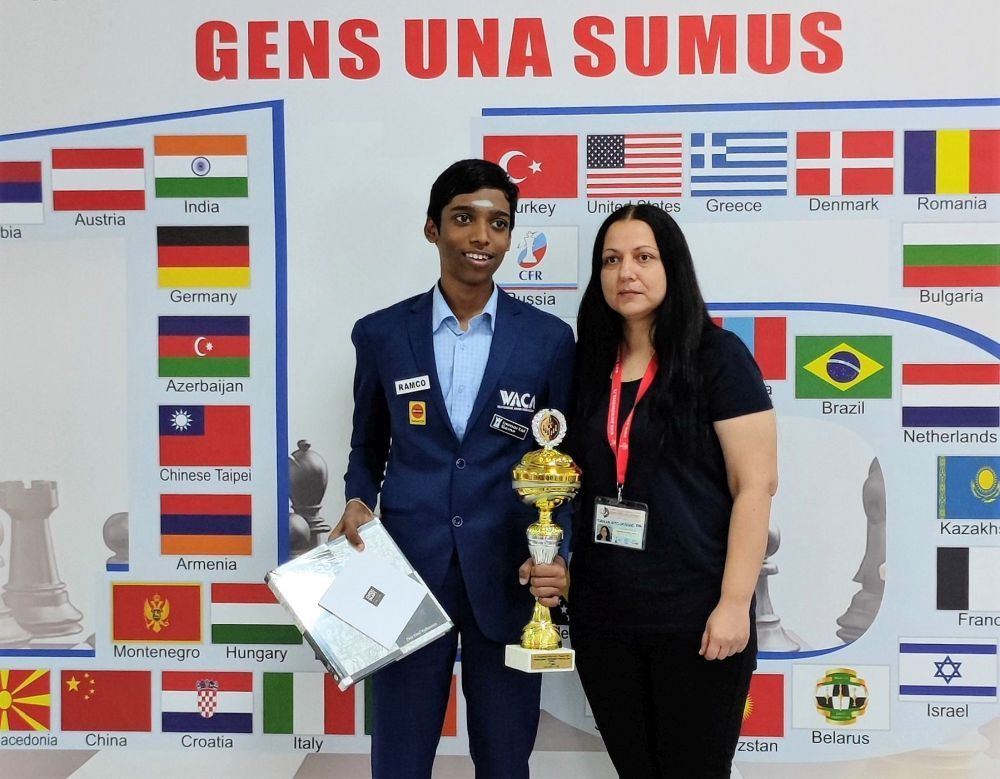 What separates a very strong player from the rest is, the ability to seize opportunities even when the opponent made a tiny inaccuracy 15.fxe4 Nxe4 16.Nxe4 Bxe4 17.Rf4 f6 is an example of a better way to continue for White. However, 15.f4 created an opportunity for Black to jump his knight Nb4, having the idea to occupy the d3-square. Since the white queen is misplaced, White does not have 16.g4 as Black will sacrifice the knight and have no trouble bringing his queen and rook into the attack with little to no resistance. The game continued 16.Kh2 Nd3 17.Qc2 Ra6 and slowly Black dismantled White's position. 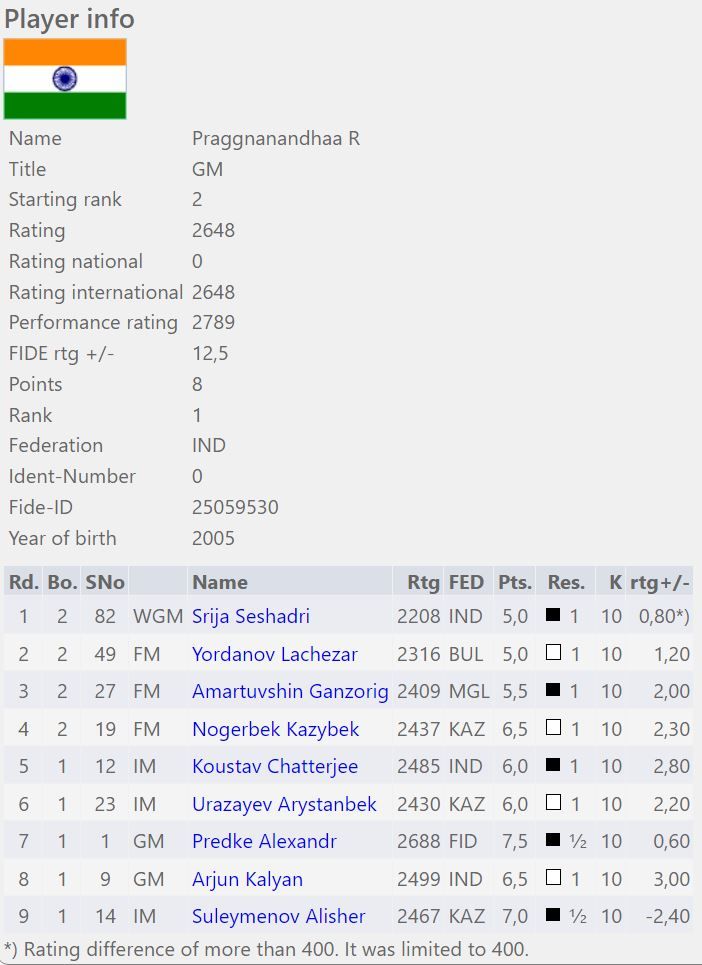 FM Rohith Krishna S (1977) scored an unbeaten 8/9 and finished a half point ahead of the field to win 18th Memorial Rapid "Uros Dinic" Paracin. He also gained a massive 104 Elo rating points. IM Harikrishnan A Ra scored 7.5/9 to secure third place as per tie-breaks. Sanknet Chakravarty was the only untitled player to finish in top 10. He scored 7/9 and was placed sixth according to tie-breaks. Total prize fund for the Rapid Rating Open event was RSD 70000. Top three prizes were RSD 15000 and trophy, 12000 and 9000 each respectively. Rohith and Harikrishnan won approx. ₹10277 and ₹6166 each. 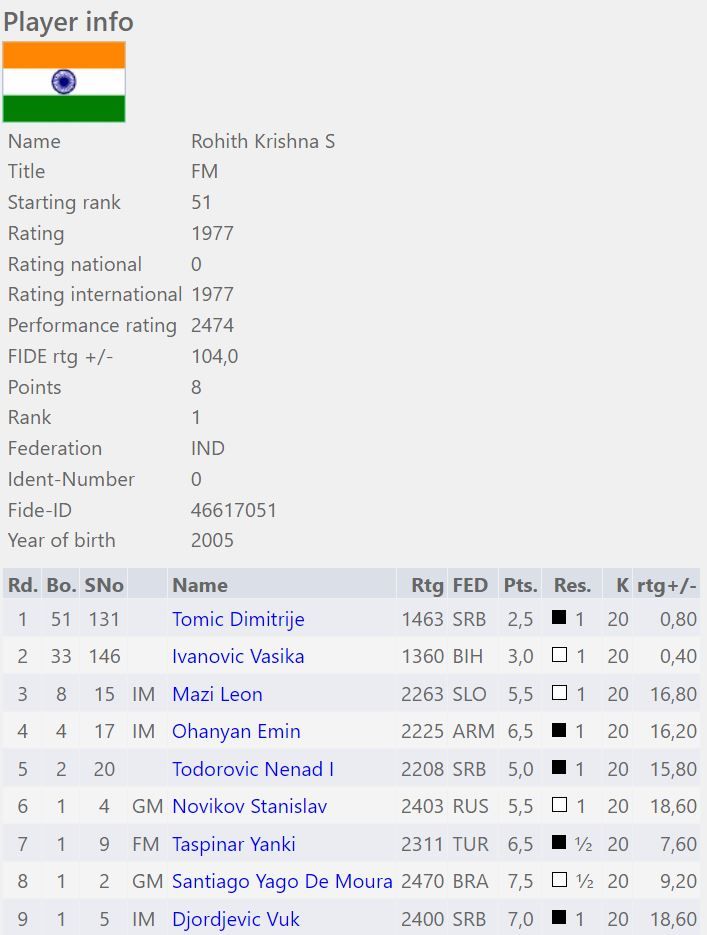 A total of 160 players including 5 GMs and 15 IMs took part in the Rapid Rating event from 23 countries across the world. The time control was 10 minutes + 5 seconds increment.

A total of 107 players including a GM and 5 IMs took part in the Blitz Open from 17 countries across the world. The time control for 11-round Swiss League Blitz Rating Open was 3 minutes + 2 seconds each.

A total of 160 players including 19 GMs, 18 IMs, 2 WGMs and 6 WIMs took part in Open A category from 23 countries across the world in this ten-day ten rounds Swiss League rating tournament. The tournament was organized by Ayuntamiento de Benasque (Municipality of Benasque) at Benasque Sport Pavillion, Benasque, Huesca in Spain from 6th to 15th July 2022. The time control of the tournament was 90 minutes + 30 seconds increment.

Final standings in Classical Open A