2019 has been a special year for R. Praggnanandhaa. He won the super strong Xtracon Open in Denmark, he became the World Youth Champion under-18, he crossed the live rating of 2600 and now has become the London Chess Classic FIDE Open 2019 champion! More good news? He is not yet finished for the year! He will be taking part in the Sunway Sitges Open 2019 beginning from the 13th of December. Pragg finished the London Chess Classic with a score of 7.5/9 and a rating performance of 2699. He was joined at the top by Anton Smirnov, who also scored 7.5/9. Third place went to Aravindh Chithambaram. Both Sahaj Grover and R. Vaishali had a respectable finish with 6.5/9. Overall a successful event for the Indian players.

Adding another feather to his cap, R. Praggnanandhaa won the London Chess Classic FIDE Open 2019 with a score of 7.5/9 and a rating performance of 2699. He gained 15 Elo points, which takes his live rating to 2601. We still cannot be sure that Pragg will be 2600+ on January 1st when the new rating lists are published, because he will be playing next at the Sunway Sitges Open 2019 in Spain. 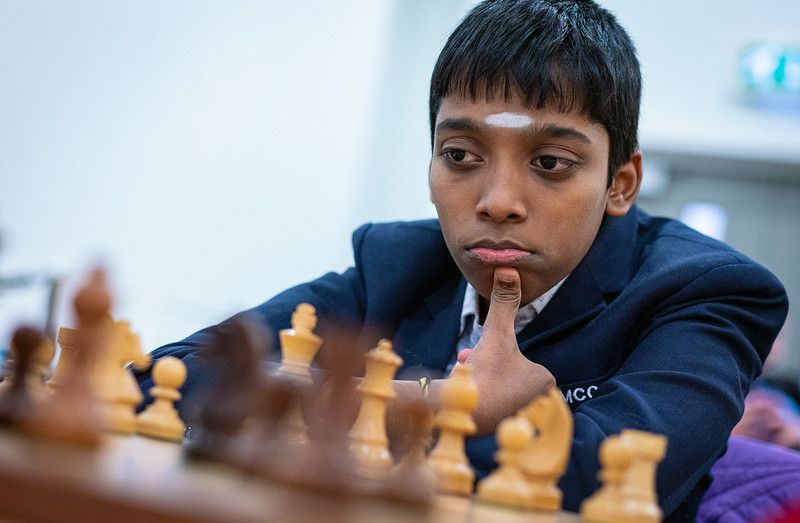 After a 6.5/7 score, Pragg faced a tough challenge in the form of Aravindh Chithambaram in round 8. Pragg had the black pieces and after the opening he landed in quite a difficult position. It seemed as if Aravindh would manage to grind down his opponent, but he got a bit greedy and snapped a pawn. This allowed Pragg to equalize with a nice tactic. Check if you can find it?

Aravindh vs Praggnanandhaa, Round 8 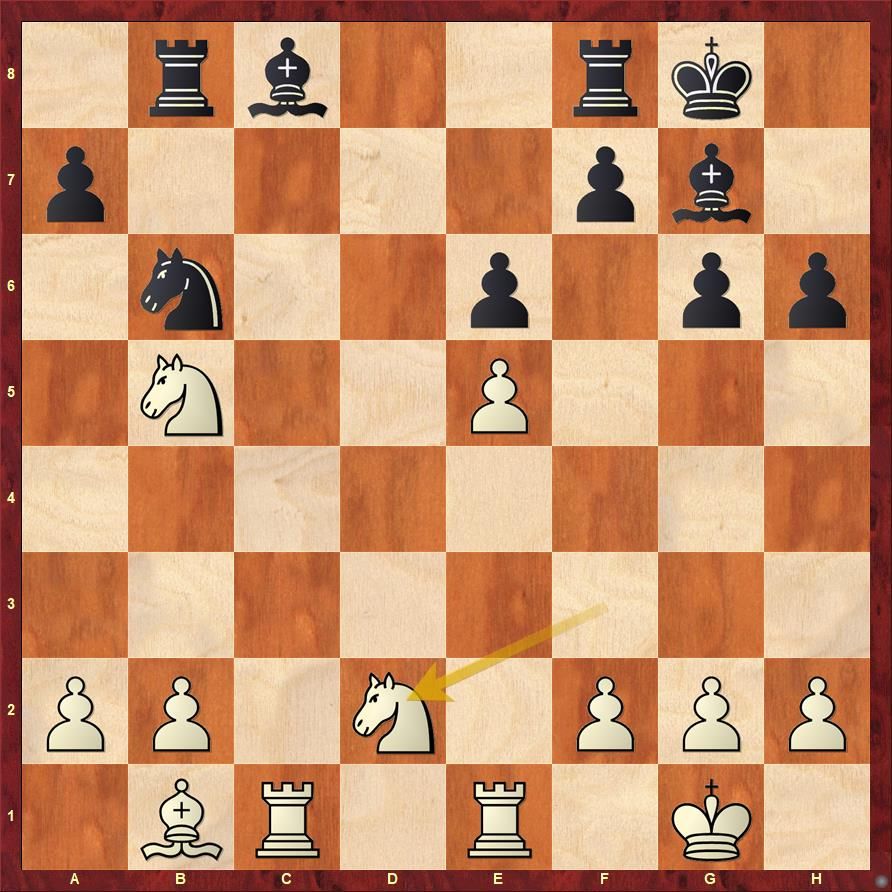 Black to play and equalize!

Pragg found the nice idea with ...Bxe5! and after Rxe5 Nd7! he attacks the rook on e5 which can no longer defend the knight on b5 and the position peters out into equality.

While this draw helped Pragg to keep his lead, Anton Smirnov won his game against Stephen Gordon and joined Pragg at the top. 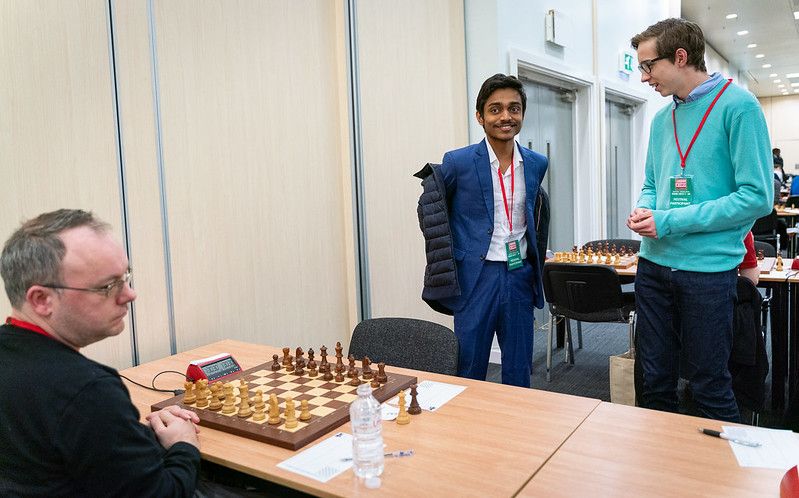 Aravindh before his final round game against Daniel Gormally, speaks to Anton Smirnov | Photo: Lennart Ootes

The final round witnessed quite a tense atmosphere. On the top board Praggnanandhaa was taking on his compatriot Sahaj Grover, while Smirnov faced Bulgarian IM Martin Petrov. The game between Petrov and Smirnov was very exciting and in the final position the Australian GM could have continued the game with ...Kd8. He agreed to a draw and this allowed Pragg to also make a quick draw against Sahaj and secure the tournament victory. 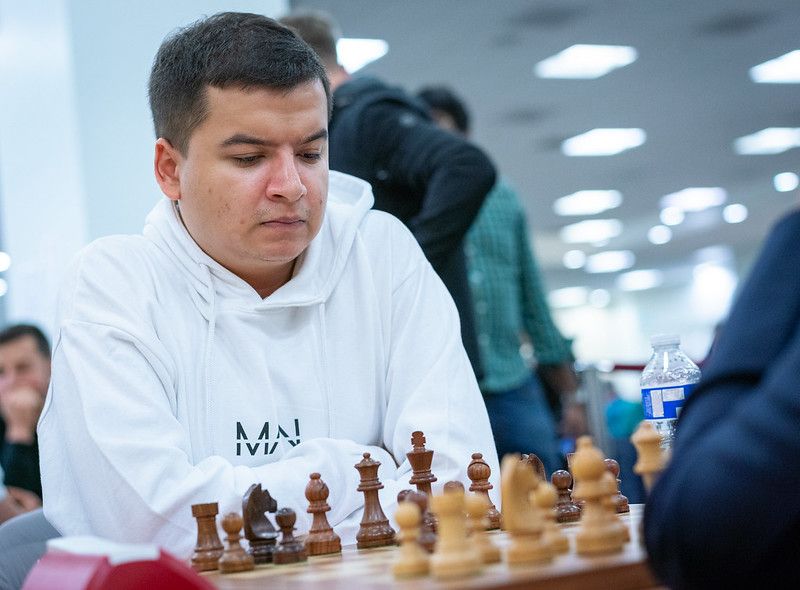 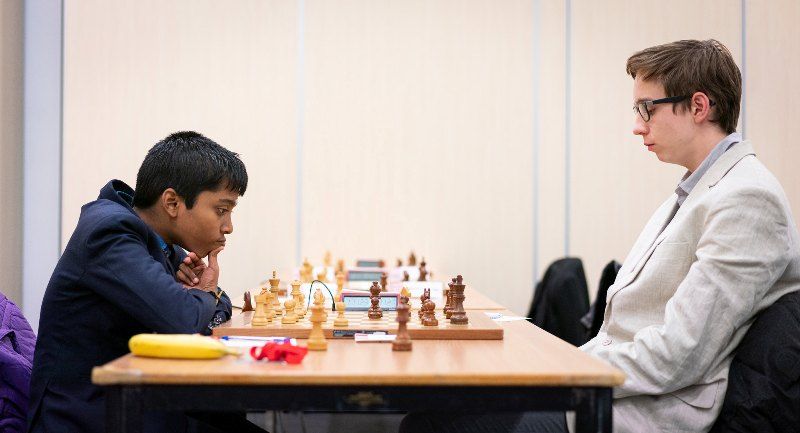 The game between Pragg and Anton Smirnov ended in a draw in round five. This means that both Pragg and Smirnov are the joint winners of the London Chess Classic Open 2019. However, based on the tiebreak score Pragg gets the first place | Photo: Lennart Ootes

Final standings after round 9 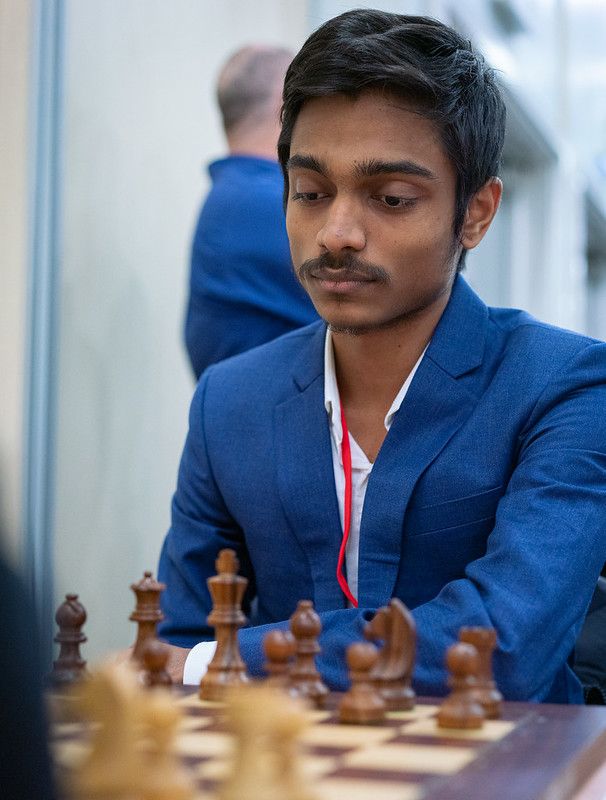 Aravindh was on the brink of a defeat against GM Daniel Gormally in the last round, but he managed to escape and secured the third place | Photo: Lennart Ootes

Gormally vs Aravindh, Round 9 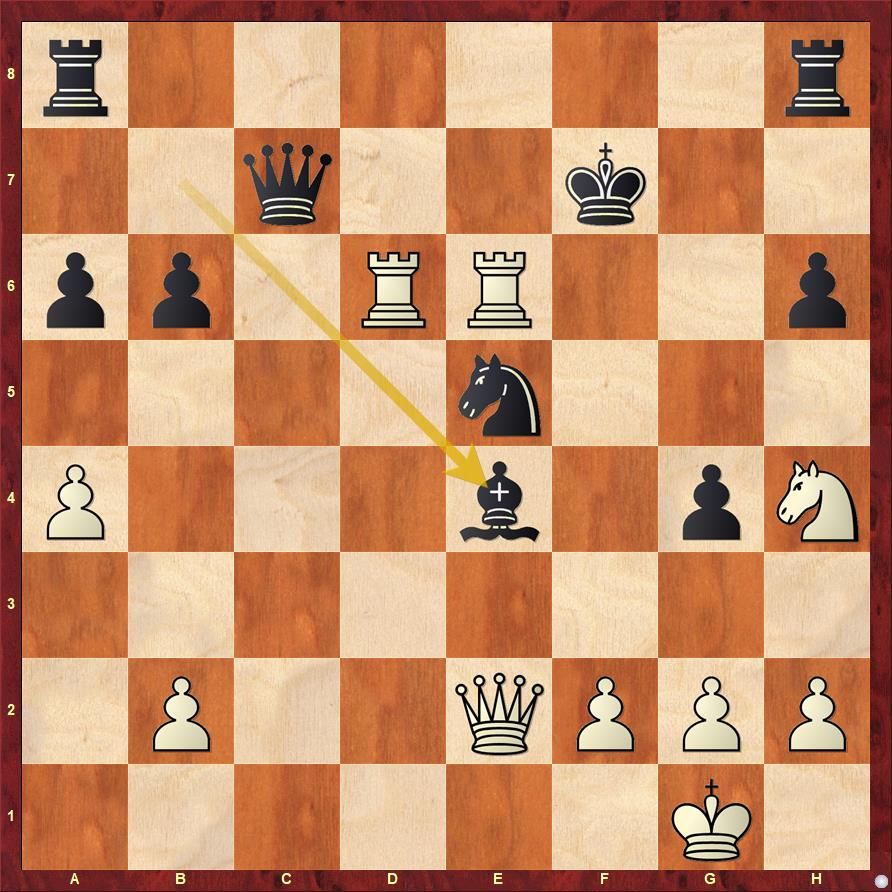 The right move here is to play h3! Just taking care of the backrank weakness and one of the black pieces falls. White wins the game quite easily. Instead, Gormally went Rf6+ Kg8 and f4! White is still better and in fact close to winning, but it gave Aravindh some defensive chances, which he grabbed in the game. 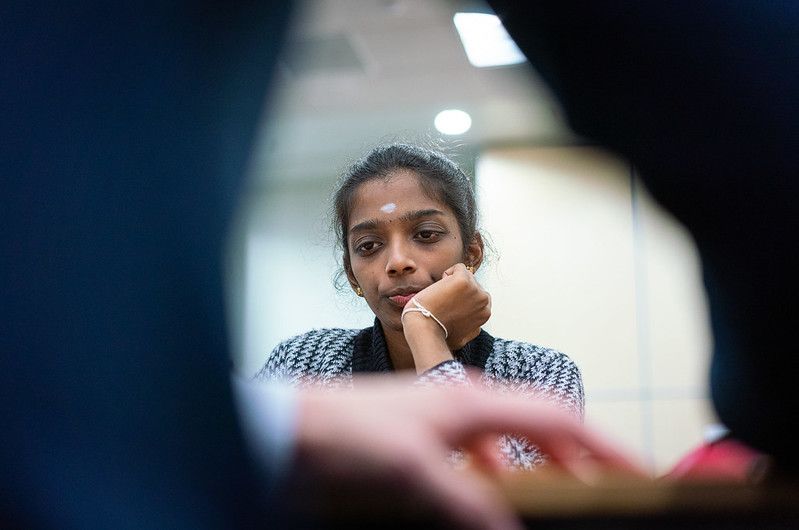 Vaishali has shown on numerous occasions that she is one of the finest talents of Indian women chess. She scored 6.5/9 at the event. After losing the first round game scoring 6.5 points in the remaining eight rounds is a fine achievement. | Photo: Lennart Ootes 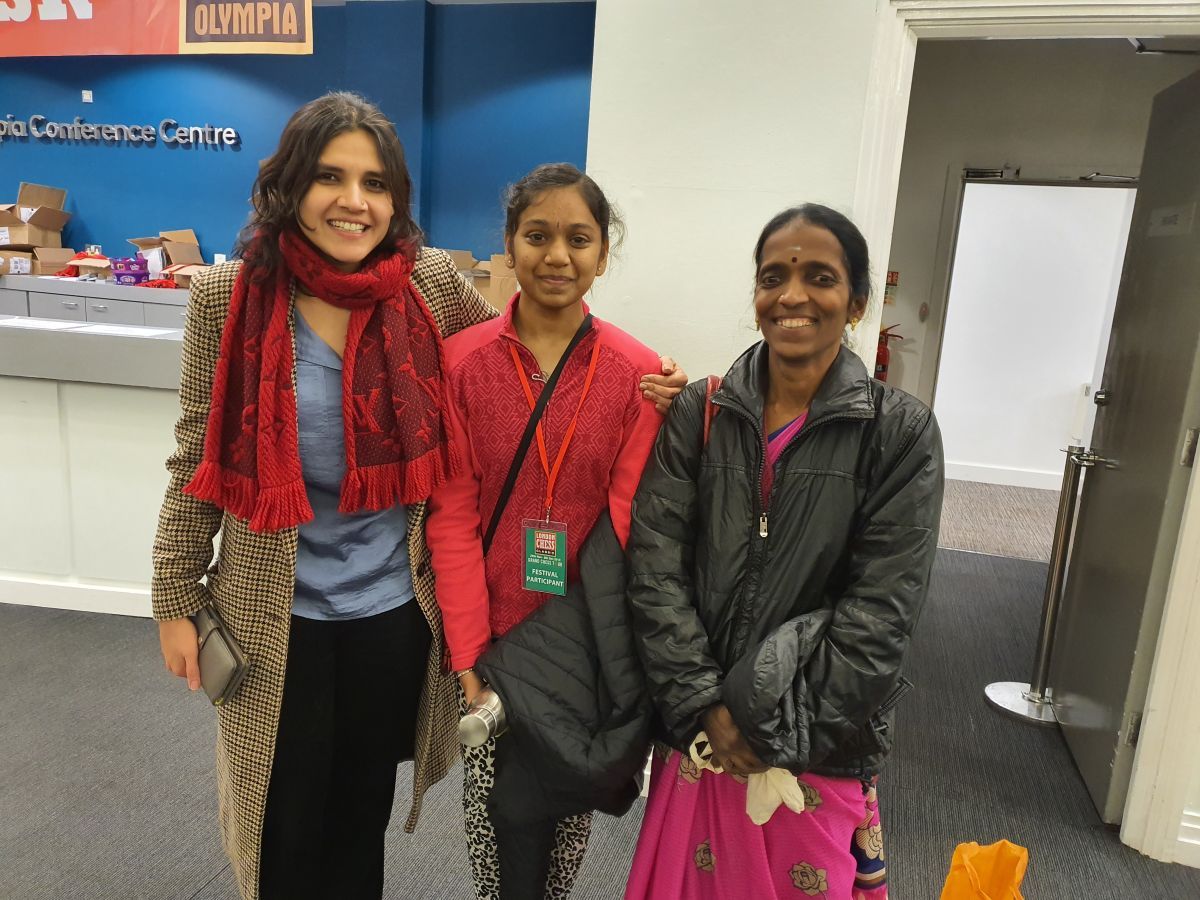 London's well-known chess trainer, writer and social worker Anuradha Beniwal with Varsha Ramesh and Nagalakshmi. The event was a fine one for Varsha as she gained 141 Elo points! | Photo: Pranav Vaidya 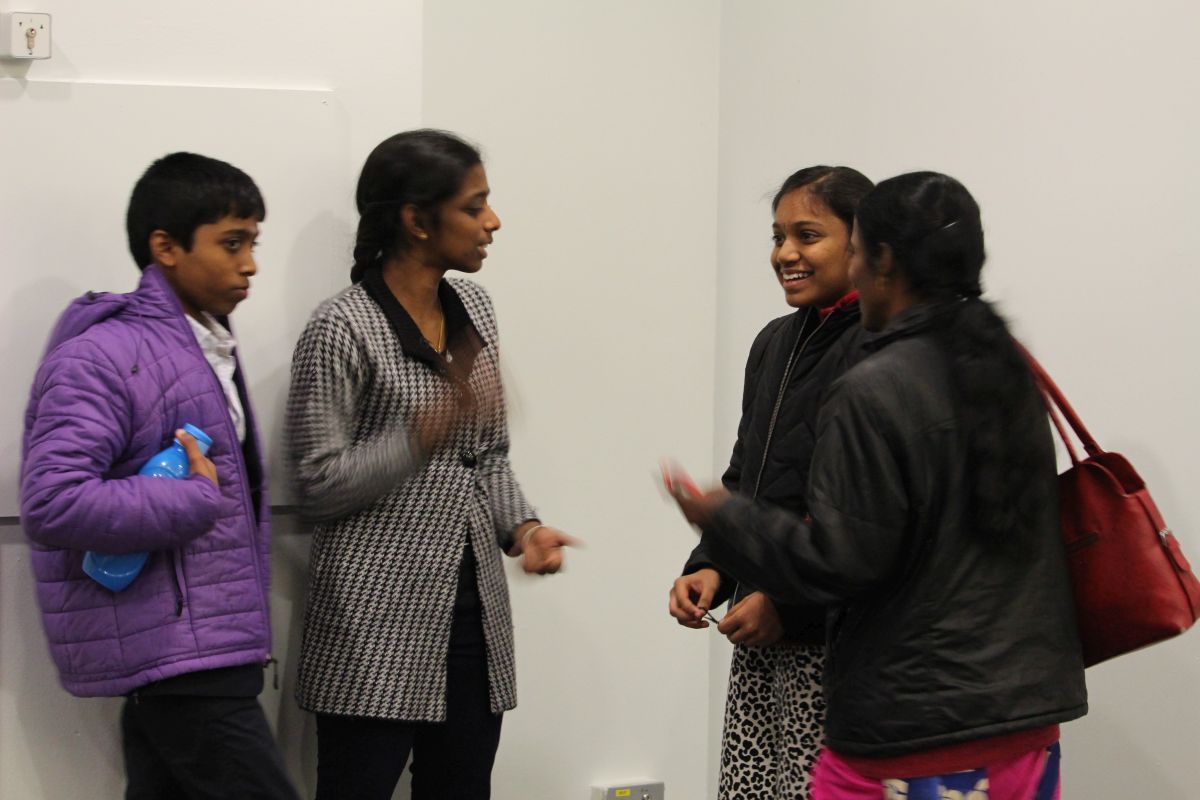 It's always nice when you can travel with your friends across the world! | Photo: Pranav Vaidya 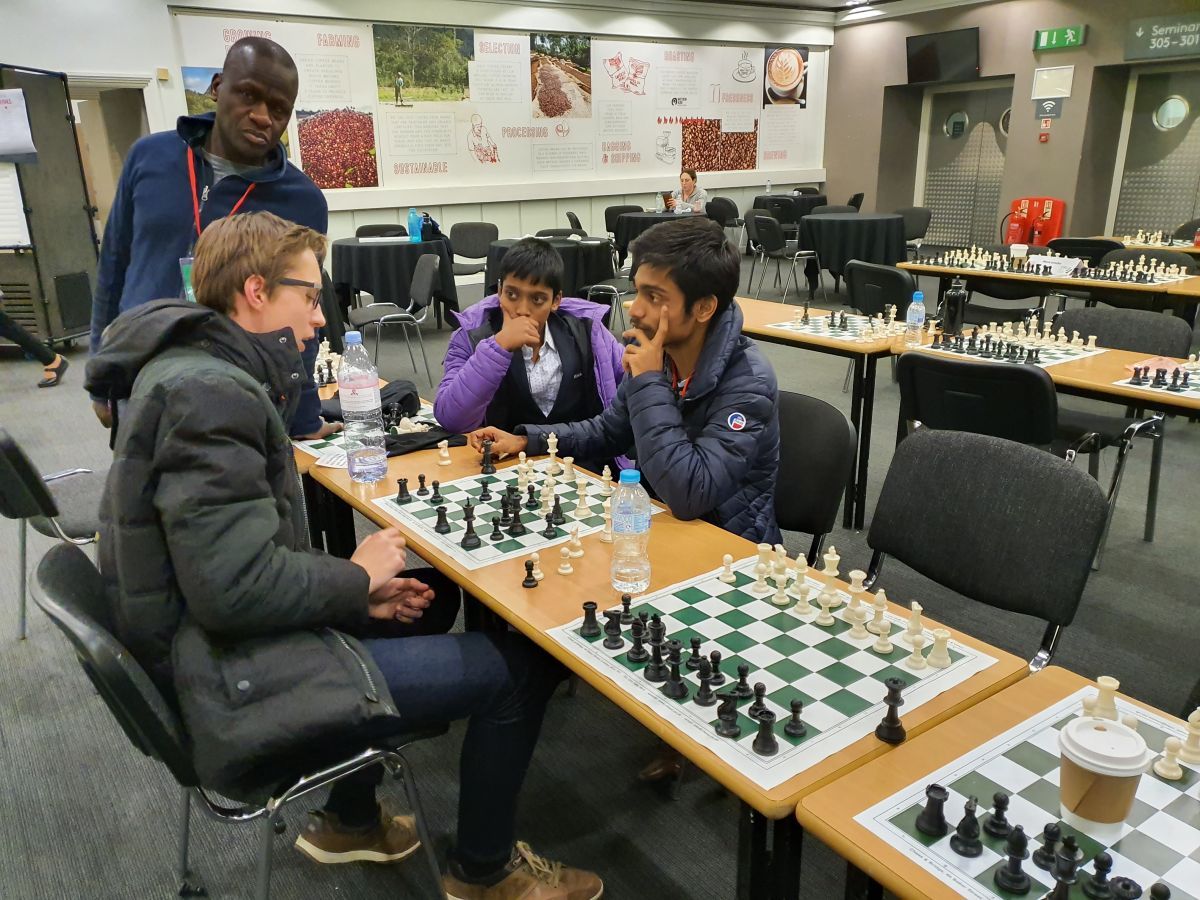 The secret of success! Smirnov and Aravindh analyze their games as Pragg looks on! The day is over, the games have ended, but the three youngsters want to analyze more because it helps them improve! | Photo: Pranav Vaidya 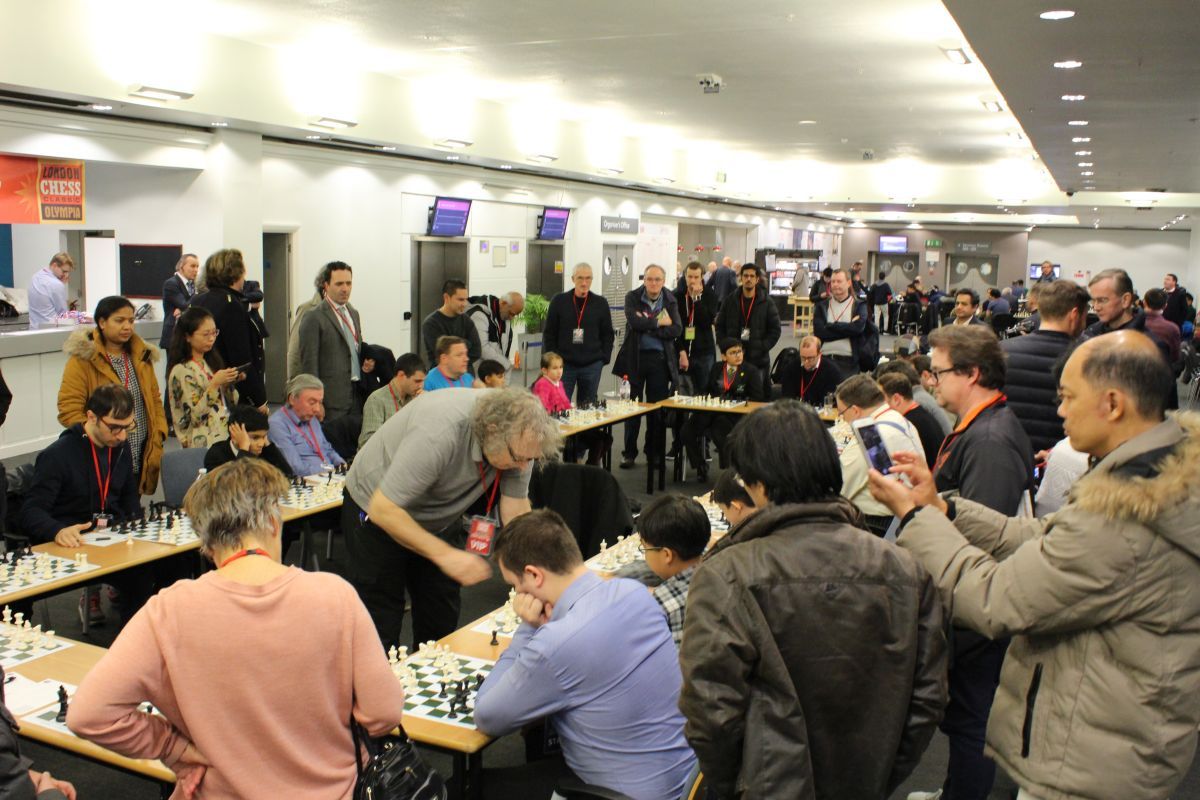 A simul with Jon Speelman was held in the London Chess Classic Premises | Photo: Pranav Vaidya 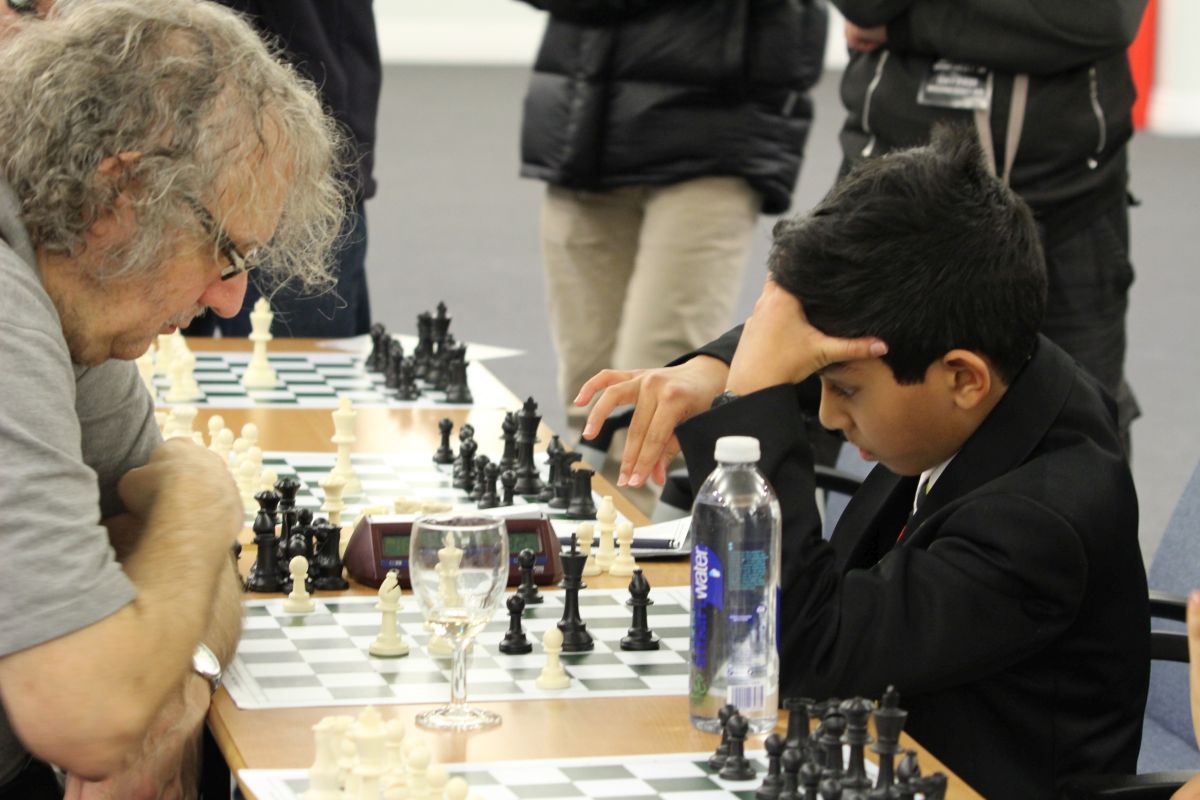 Speelman won all of his games, except for a couple of draws. He was given a tough fight by Raghav Vaidya, which was the last game to finish! | Photo: Pranav Vaidya
Related news: