The most anticipated match between Carlsen and Nepomniachtchi saw the world champion prevail the challenger in Armageddon in the fourth round of Norway Chess 2021. This definitely gives the world no.1 a psychological edge. They will face each other one more time in the final round of this tournament before their world championship match in November. Rapport scored his second Classical victory of the event to increase his sole lead 8.5/12. Today is a rest day. However, only Nepomniachtchi and Karjakin will play their Round 1 game today from 8:30 p.m. IST. Round 5 will take place tomorrow at the same time. Photo: Lennart Ootes/Norway Chess

Rapport scored his Classical victory of the event to increase his sole lead 8.5/12. Carlsen and Karjakin beat Nepomniachtchi and Nepomniachtchi and Tari respectively in Armageddon. Nine out of nine Armagedon were won by the higher rated players in this event so far. 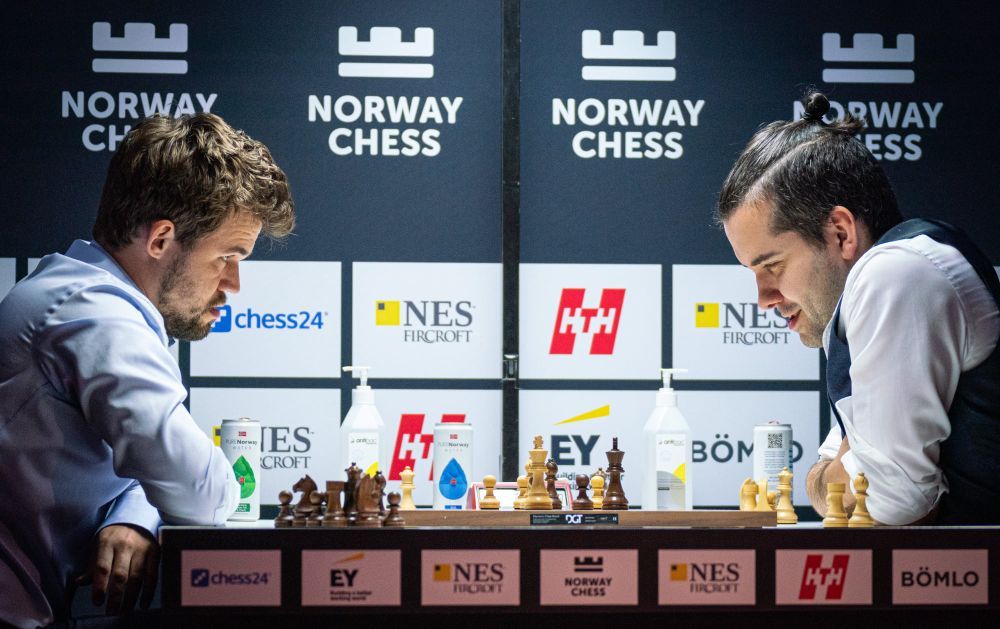 Carlsen got the better of Nepomniachtchi | Photo: Lennart Ootes/Norway Chess

Tari and Karjakin drew their Classical game in Ruy Lopez Berlin. Tari avoided Berlin in Armageddon. However, he dropped a pawn in the middlegame. 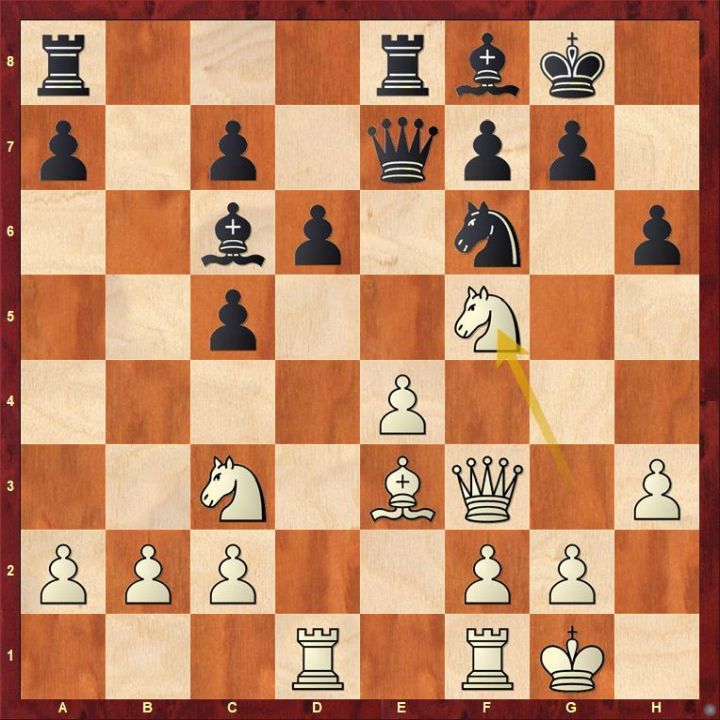 17.Nf5 was uncalled-for as after 17...Qe5 which is what happened in the game, there is no way for White to save the e4-pawn. White could have played 17.Nd5 directly and things would have been fine. Eventually White managed to recover Black's deadly passed pawn on c2 but it was not enough due to Armageddon rules forcing White to go for a win, Tari had to try and eventually lost the game. 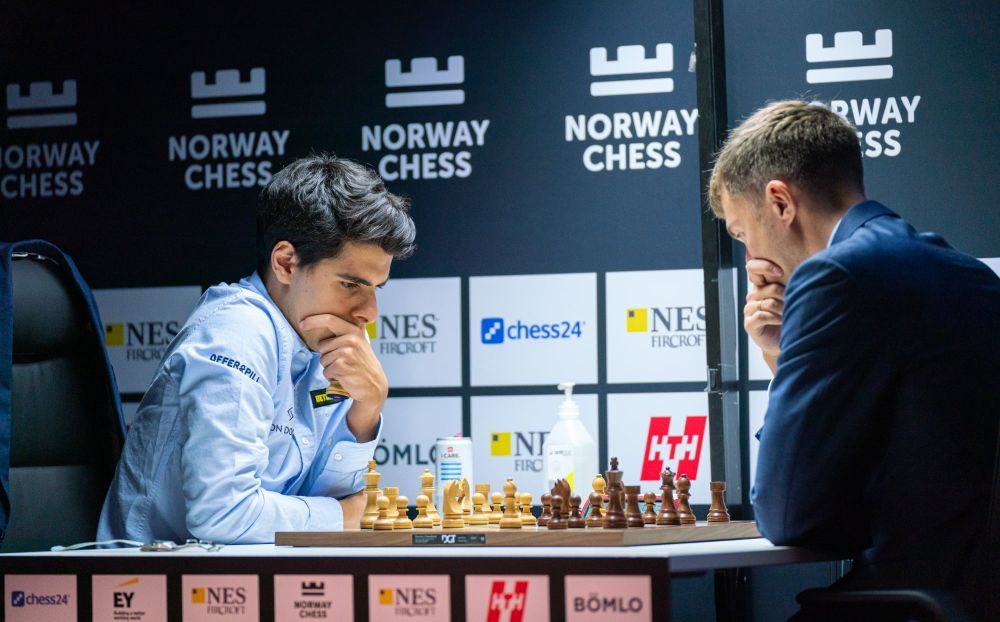 Karjakin proved to be too strong for Tari | Photo: Lennart Ootes/Norway Chess

The Classical game was a typical Berlin draw. Nepomniachtchi was clearly playing for a draw in Armageddon which is enough to win the match. 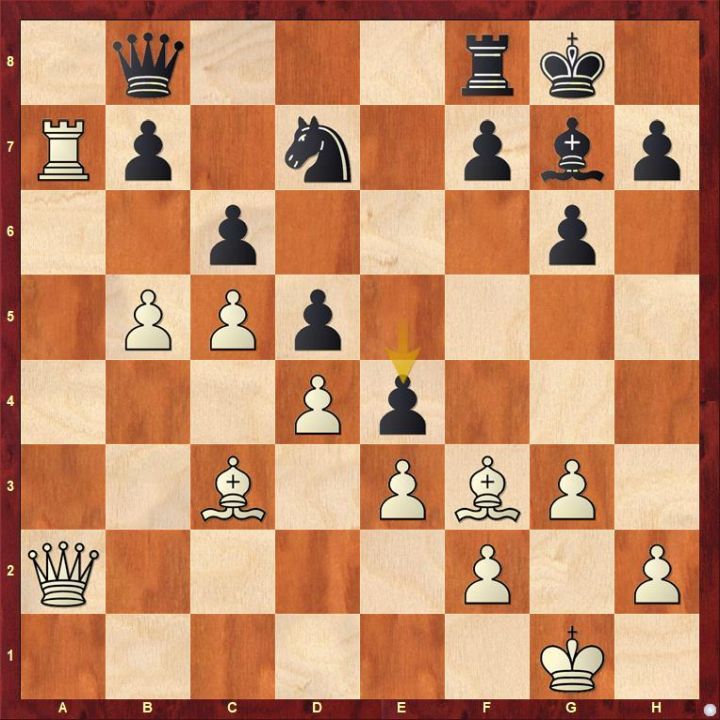 Carlsen: "It’s nice to gain some confidence against him with the win!" | Video: chess24
Nepomniachtchi on Armageddon: "Better not to play — better to go for dinner!" | Video: chess24
Respect overcomes restrictions | Photo: Lennart Ootes/Norway Chess

Rapport scored his second Classical victory of the event. He is the only player to do that so far. 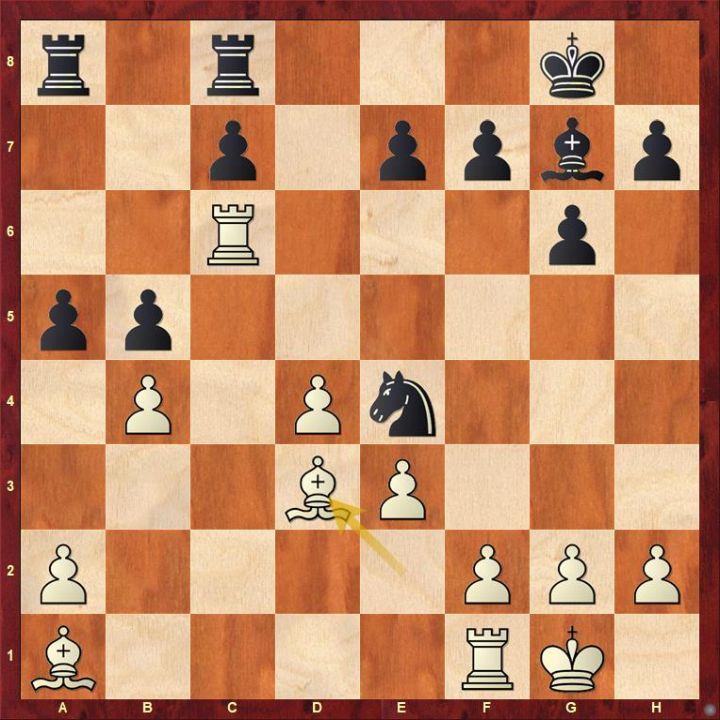 20...Nd6 perhaps could have led to a better endgame for Black as the game 20...Nf6 surely gives White the edge 21.Bxb5 axb4 22.Bc4. Rapport went on to win the game with his masterful play. 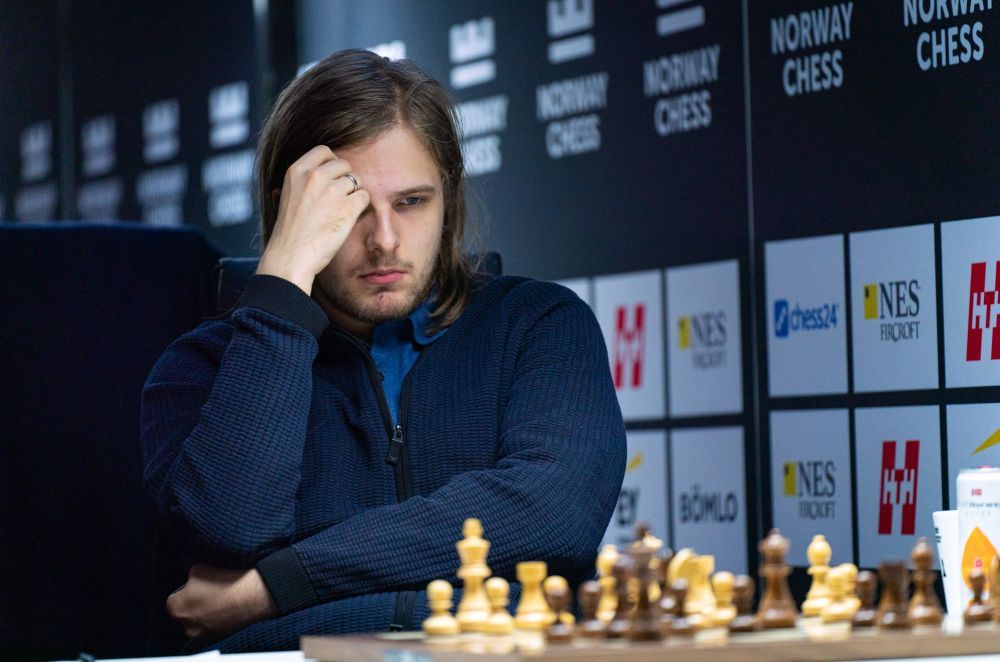 Rapport is having a great tournament so far | Photo: Lennart Ootes/Norway Chess 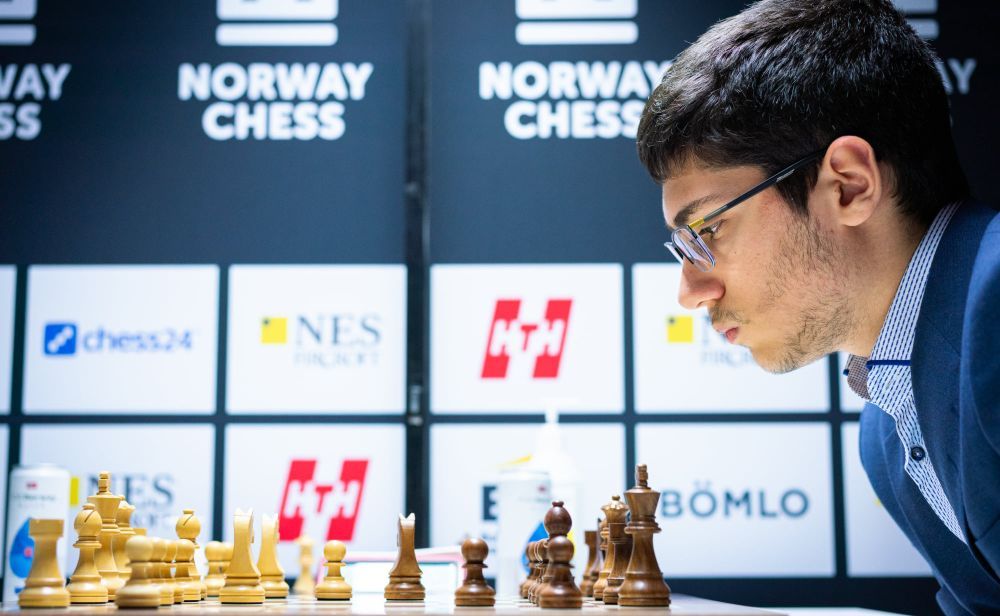 Firouzja is still in search for his first win of the event | Photo: Lennart Ootes/Norway Chess 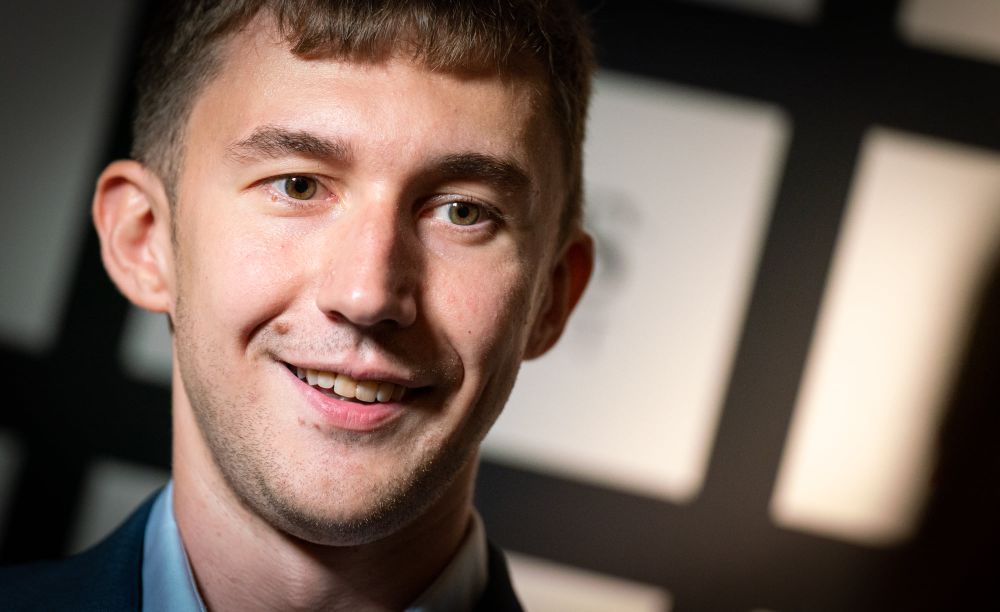