Magnus Carlsen started his Norway Chess 2021 campaign in the exact same way as last year, by making a draw in the Classical game and then winning the Armageddon. Although it was Firouzja who was completely winning the endgame in Armageddon, but he missed in a time scramble and allowed the world champion to escape with a draw. Rapport beat Tari in the Classical game to score 3.0 points and enter the World top 10. As announced earlier, Nepomniachtchi will play against Karjakin on the rest day, Saturday 11th September. Catch all the action of Round 2 tonight from 8:30 p.m. IST. Photo: Lennart Ootes/Norway Chess

Richard Rapport's peak ranking was World no.11 in August 2021. That changed yesterday when he beat Norway no.2 Aryan Tari clean in their Classical encounter to enter into the World top 10 in the live ratings. He is now World no.9 as per the live ratings in 2700chess. 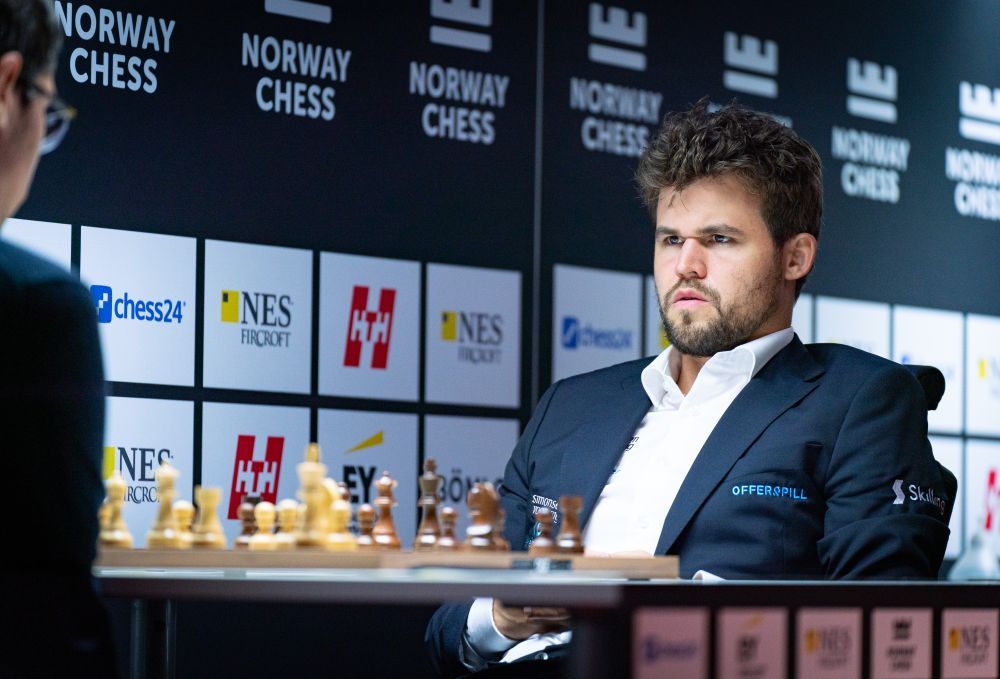 The first Classical over-the-board game between Firouzja and Carlsen ended in a draw. Carlsen made an interesting sacrifice in Armageddon. 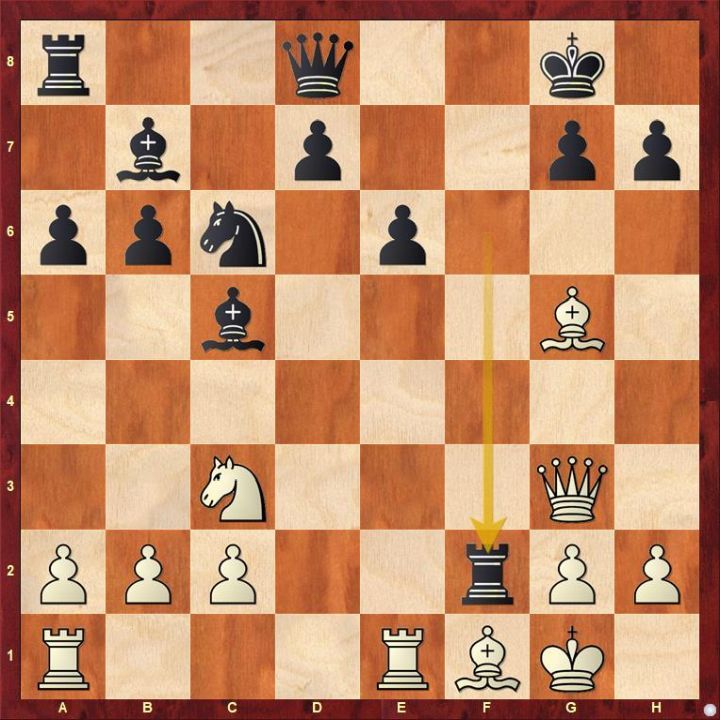 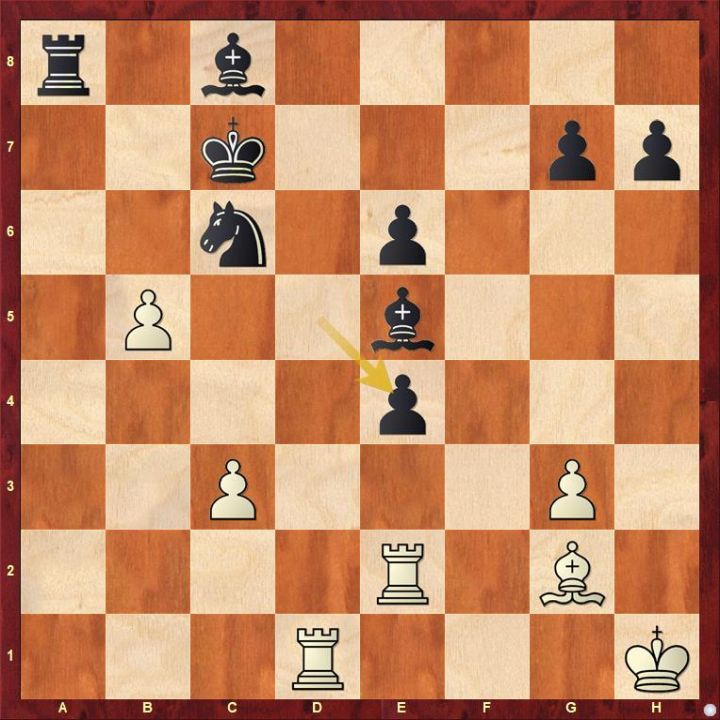 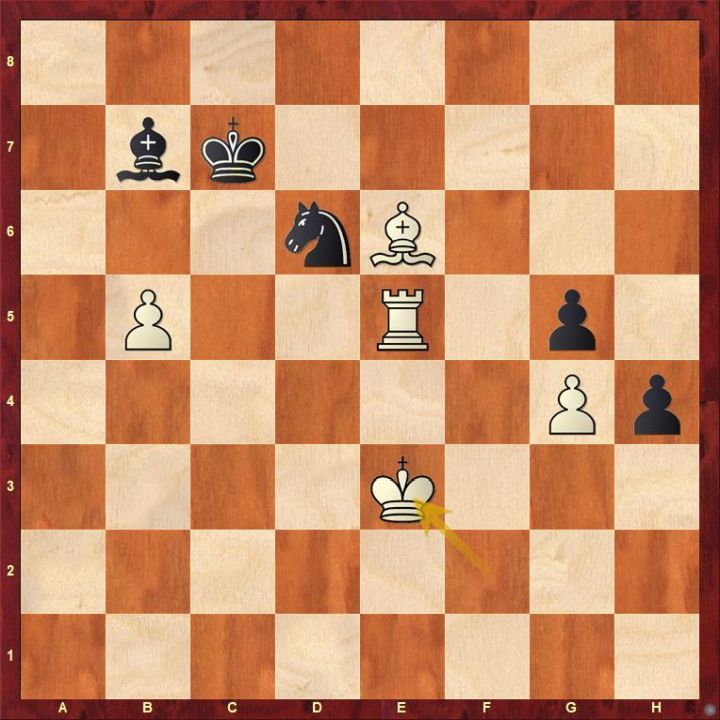 Firouzja blundered in time scramble 51.Ke3 and allowed the world champion to escape with a draw. Find out what White should have done instead. 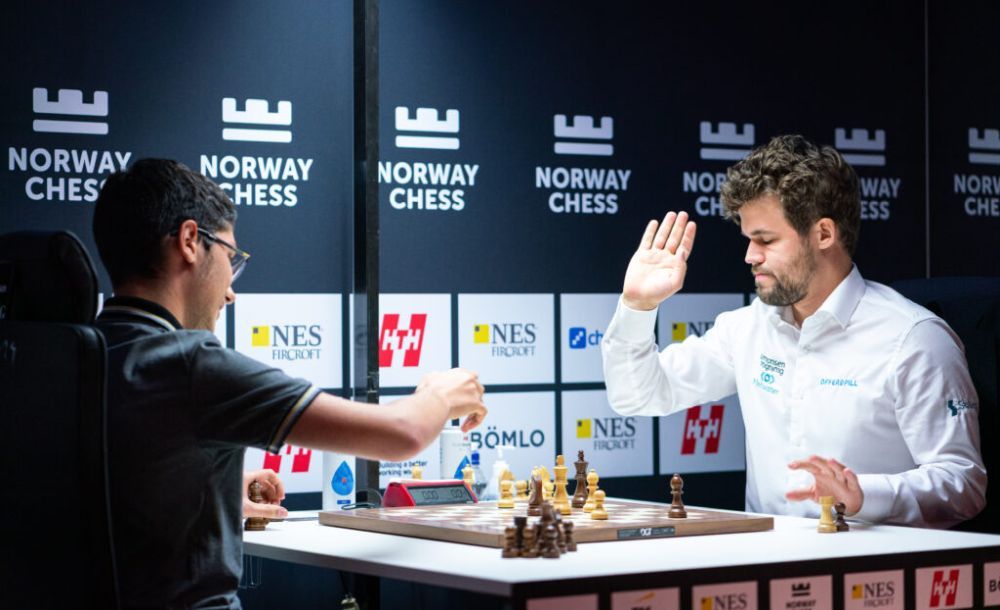 Once the queen's got exchanged, white's bishop lacked a proper square to go to, which made white virtually down by a piece. 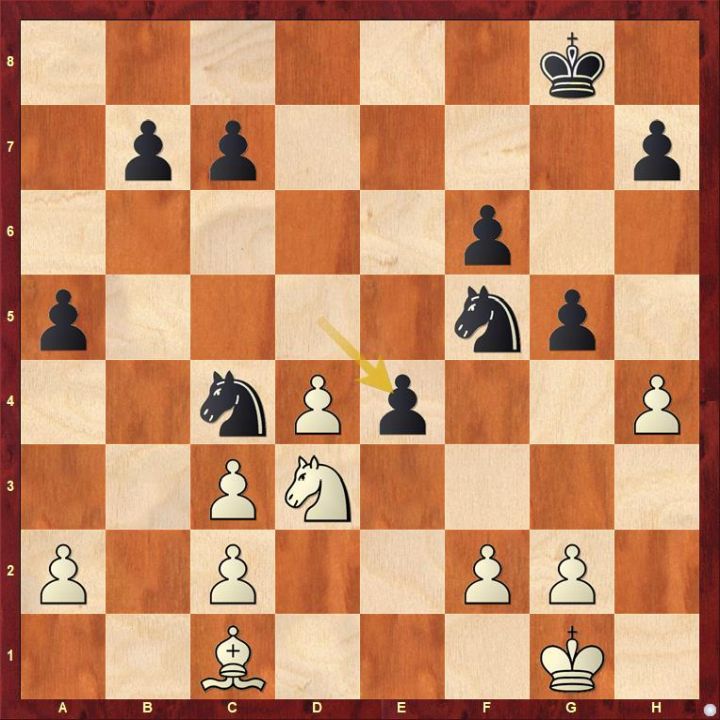 The c1-bishop is gridlocked completely. 29.Nc5 Nxh4. Now, both 30.Nxb7 or Nxe4 will eventually cost the game for White because white is playing with only one minor piece and it is just a matter of time before black knights overpower White which is what happened in the game and Rapport scored a victory. 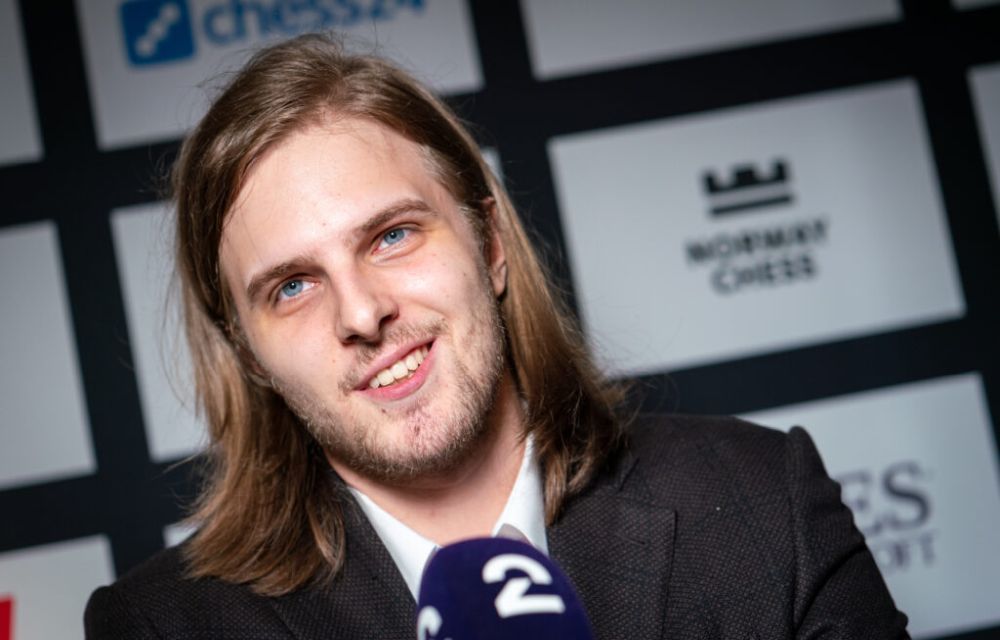 Due to visa problems, GM Ian Nepomniachtchi was prevented from boarding his plane and had to be issued a new visa to get to Norway. The Norwegian Embassy in Moscow and the Directorate of Immigration have been very helpful in resolving this issue quickly, so that Nepomniachtchi arrives in Stavanger on 7 September. However, Nepomniachtchi will be too late to start the first round at 17.00, and will therefore play round 1 on the day off on Saturday 11 September, where he will play against GM Sergey Karjakin. Source 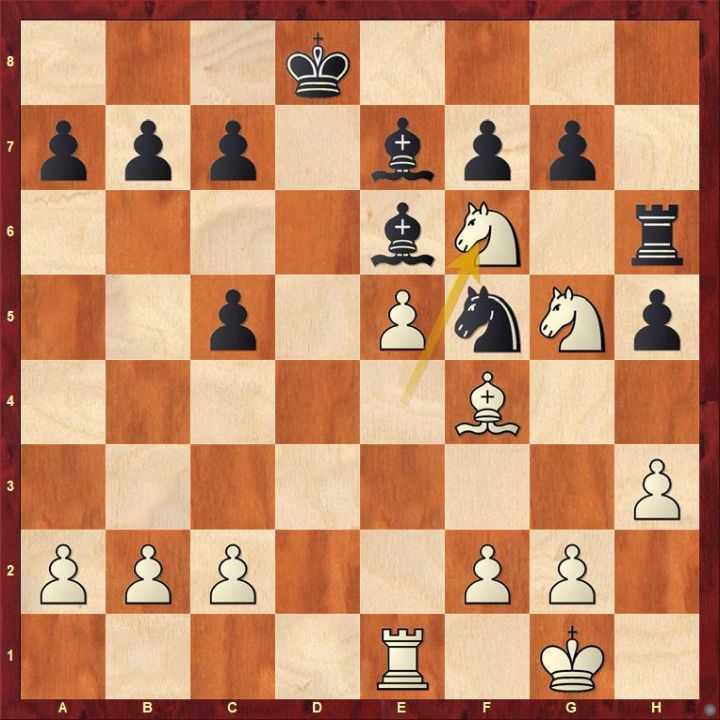 Carlsen has already made a subtle reference to his opponents, especially Nepomniachtchi as this event will be the last time they will face each other in-person at a tournament before the world championship in November. 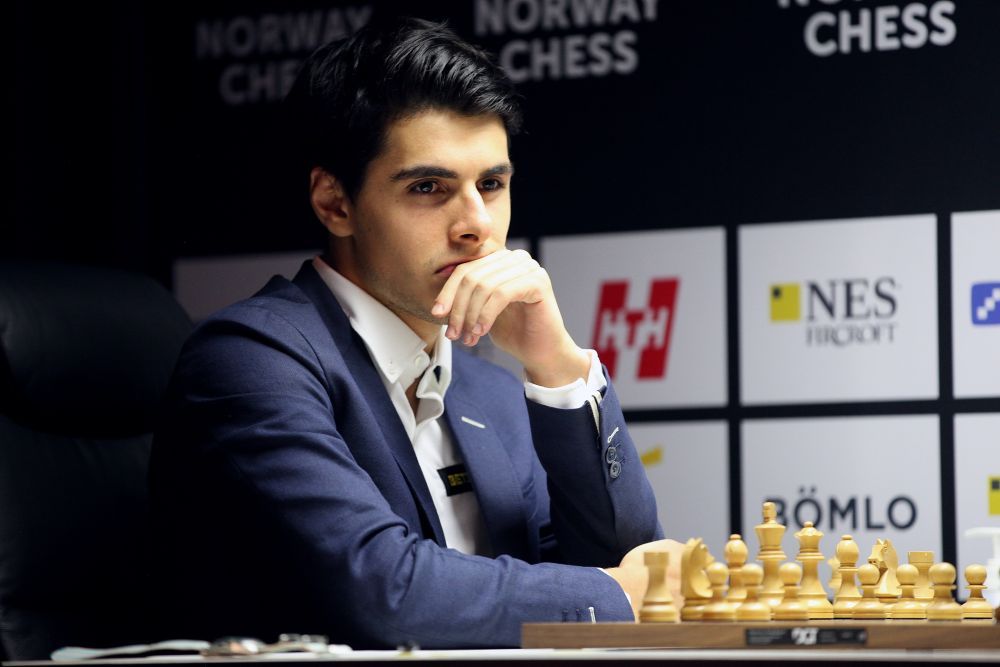 No rest for Tari as he will face the world champion in Round 2 | Photo: Anastasiya Karlovich/Norway Chess
What a joy to play over-the-board chess again | Photo: Lennart Ootes/Norway Chess 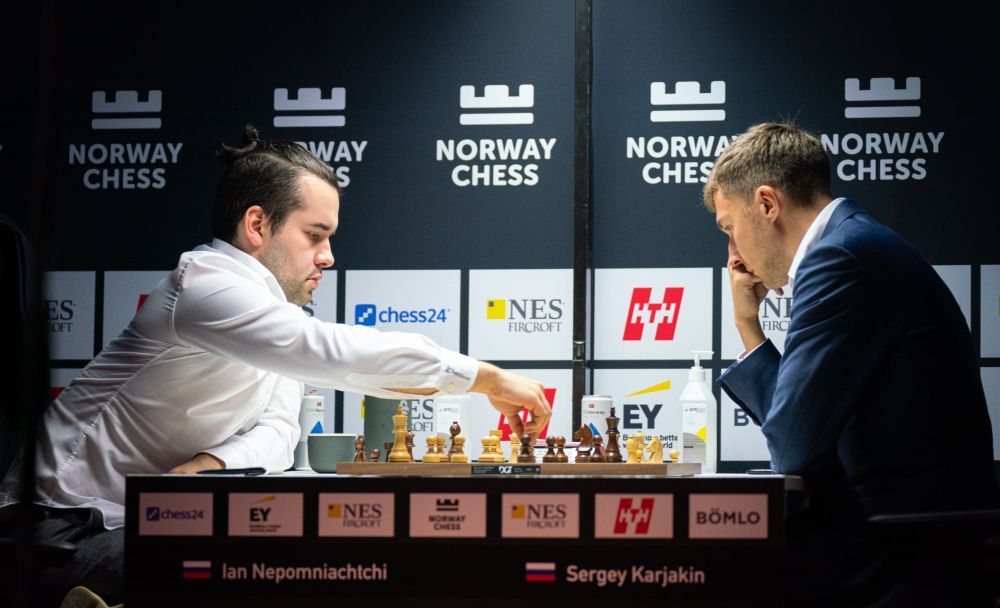 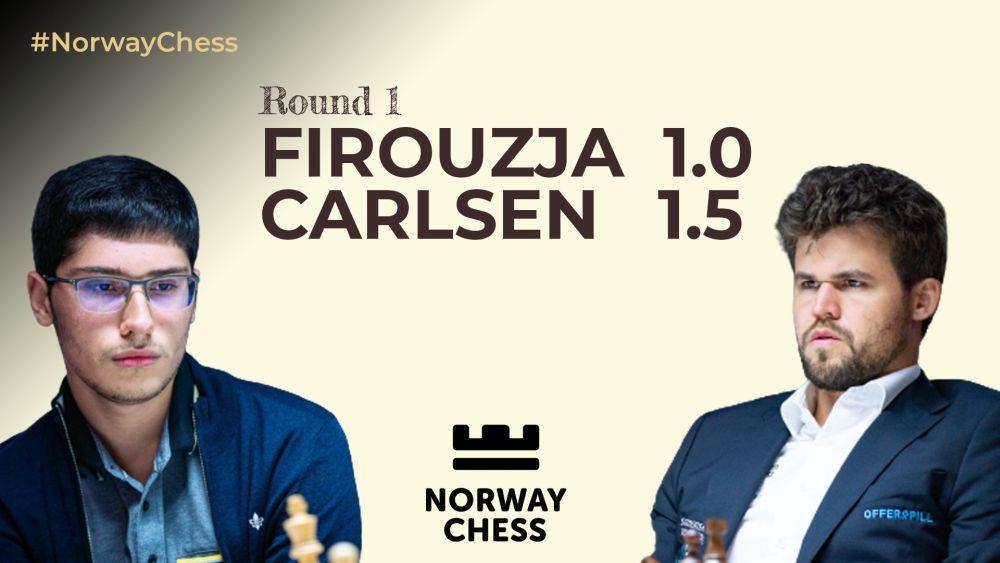 Firouzja drew with Carlsen in Armageddon but lost the match | Photo: Norway Chess 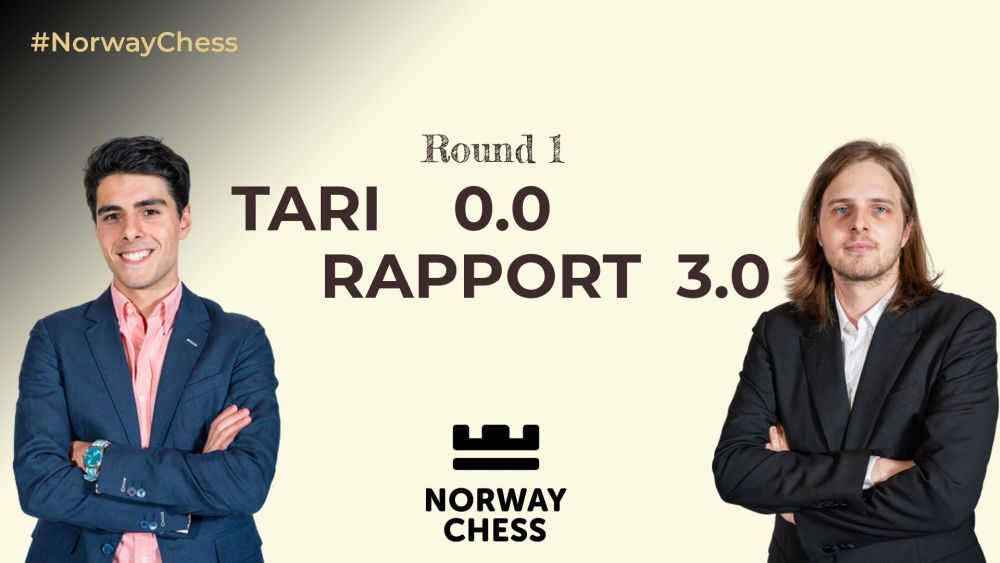 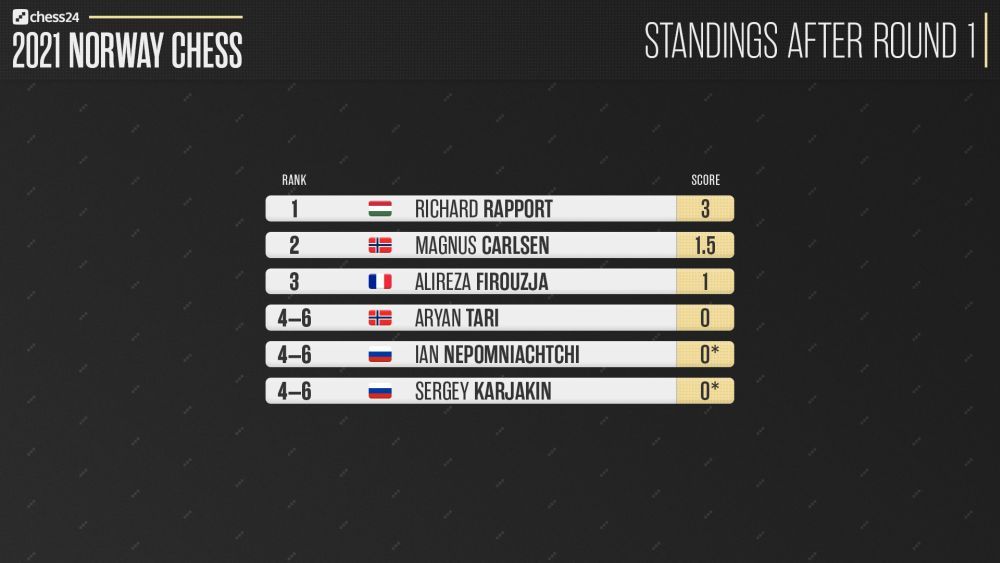