Richard Rapport's strategy almost worked against Carlsen in the third round of Norway Chess 2021. He wanted to play Armageddon with white pieces. After making a quick draw against King's Indian, the Hungarian opted for reverse King's Indian himself. However, he missed his opportunity and allowed the world champion to escape with a draw. Speaking of missed opportunities, Firouzja and Tari also missed their winning chances against Karjakin and Nepomniachtchi respectively in Armageddon. Round 4 will witness one of the most anticipated matches of the tournament between Carlsen and Nepomniachtchi. Who do you think will win it? It starts tonight from 8:30 p.m. IST. Photo: Lennart Ootes/Norway Chess

All three games of Round 3 went to Armageddon. Black won all three of them. While Karjakin and Nepomniachtchi won the game, Carlsen drew the Armageddon from a difficult position to win the match. 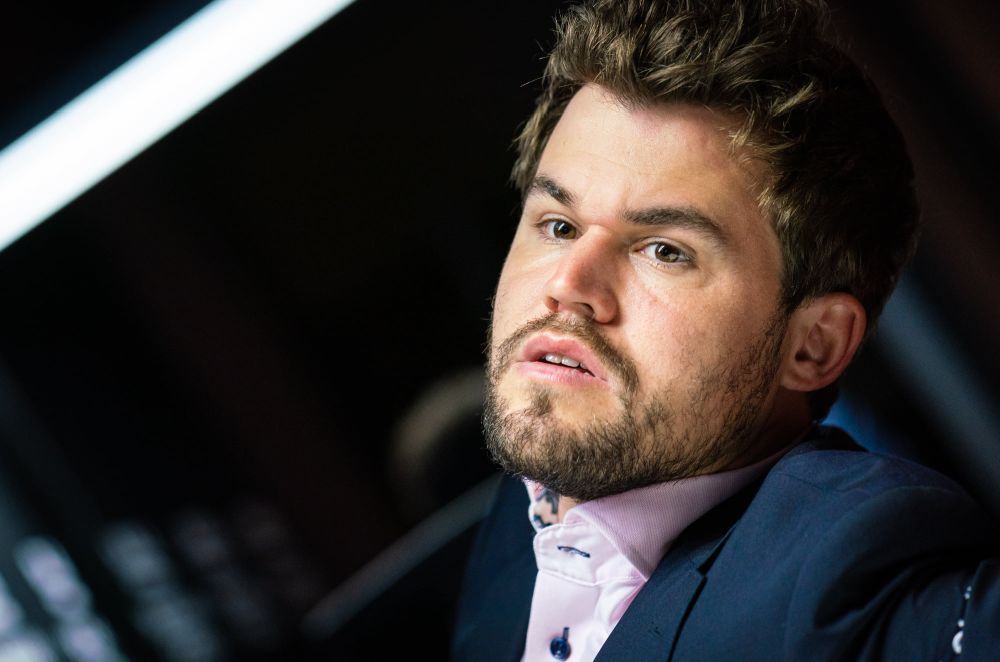 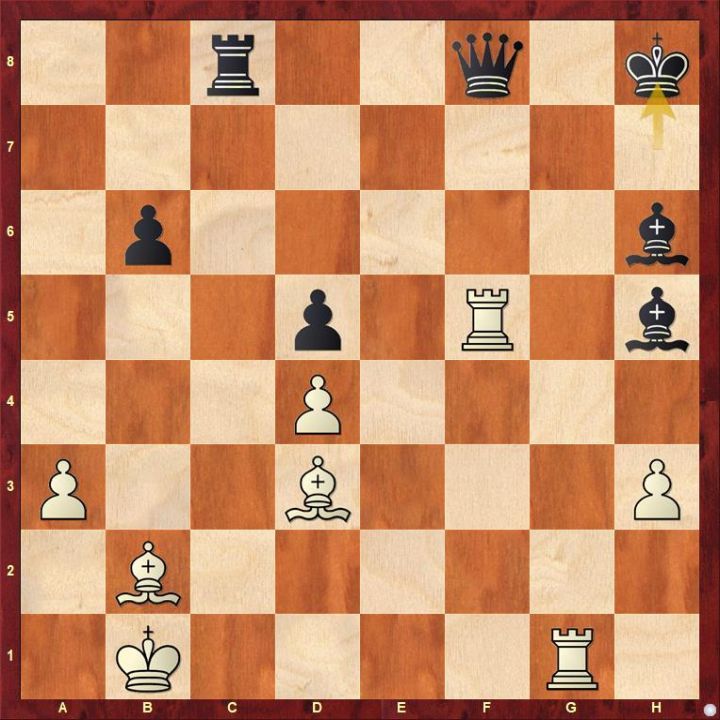 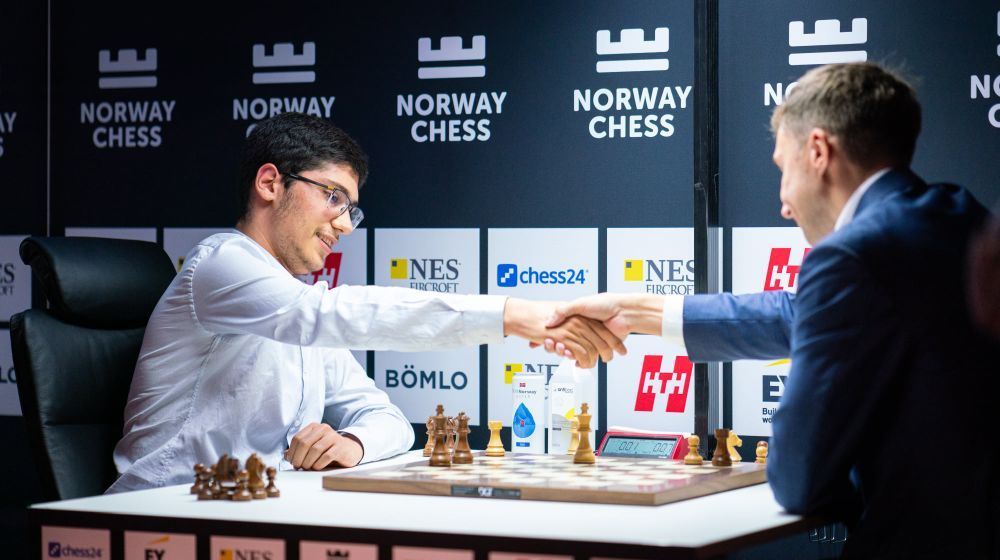 The Classical game ended in a draw. Tari got himself a completely winning position against Nepomniachtchi. 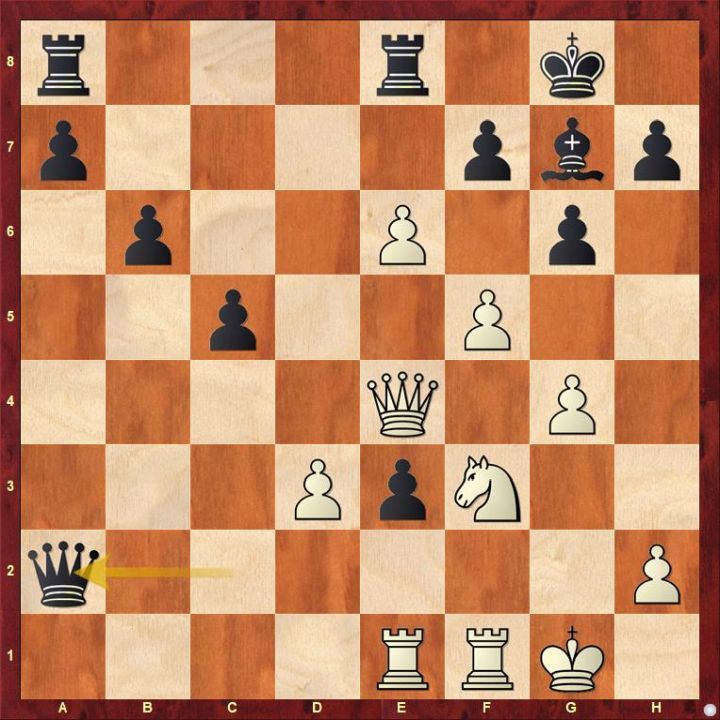 Black is reeling in the above position. 24.Ng5 fxe6 25.f6 wraps the game in favor of White. However, White missed this due to time scramble and played 24.Rxe3 which allowed Black to get back in the game 24...fxe6. After a few more moves, Black gained the upper hand, resulting Tari to resign. 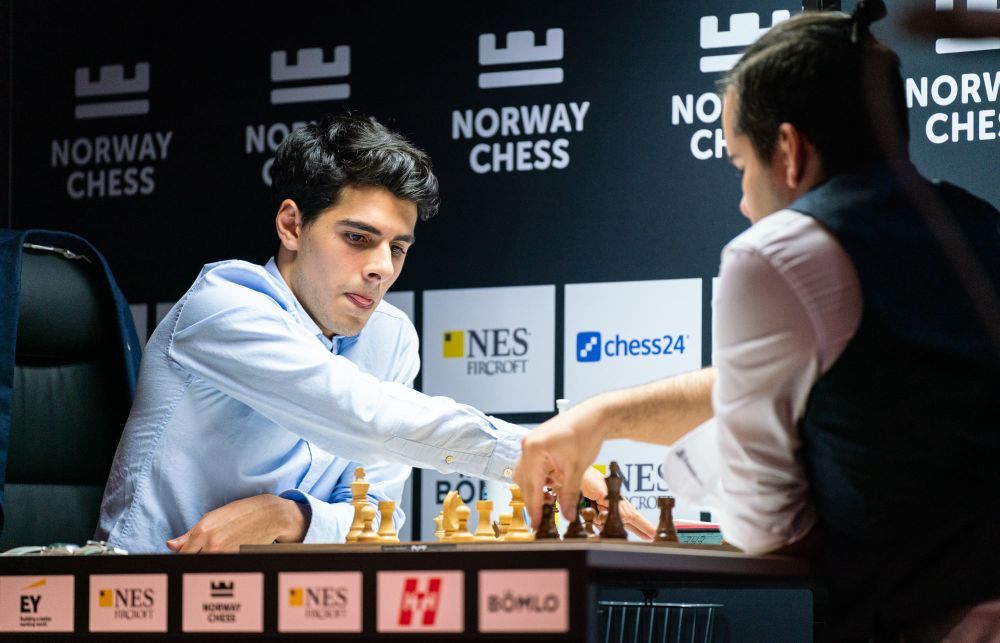 Tari is playing well, but finish is not working in his favor | Photo: Lennart Ootes/Norway Chess

The Classical game was a short 18-move draw by repetition.

Rapport went for his trusty 1.g3 in Armageddon, and it almost worked. 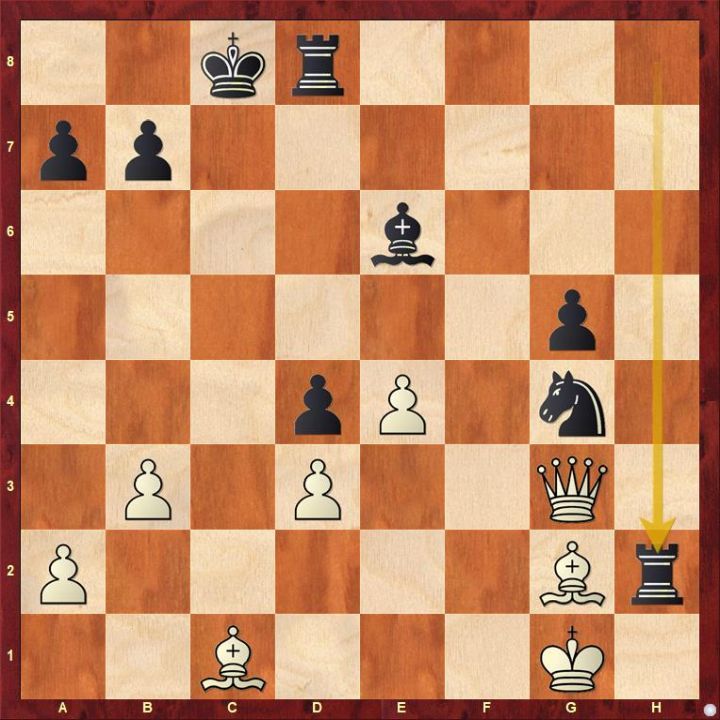 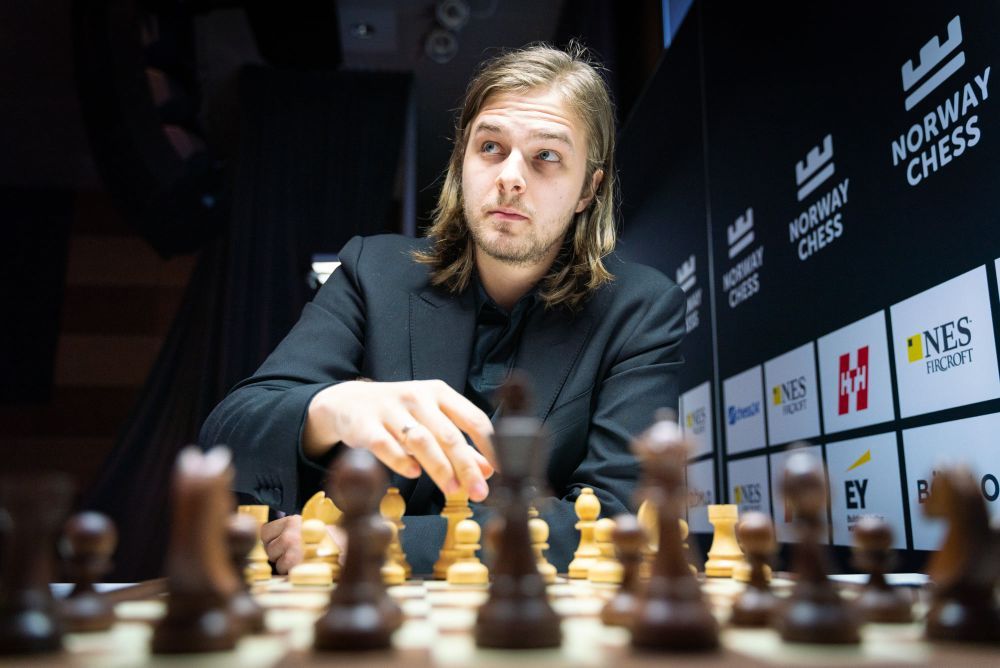 Rapport had a real chance to score an upset against Carlsen | Photo: Lennart Ootes/Norway Chess 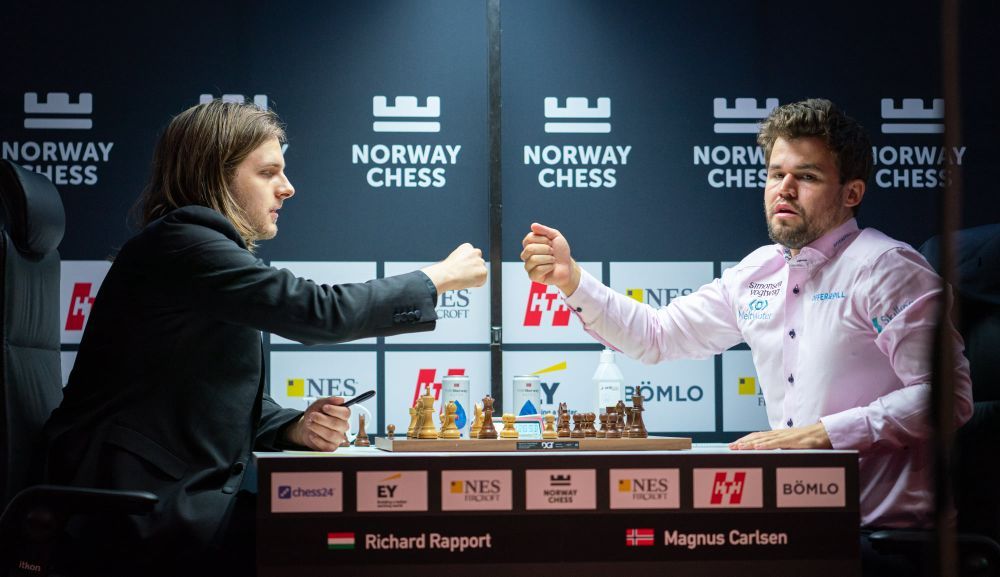 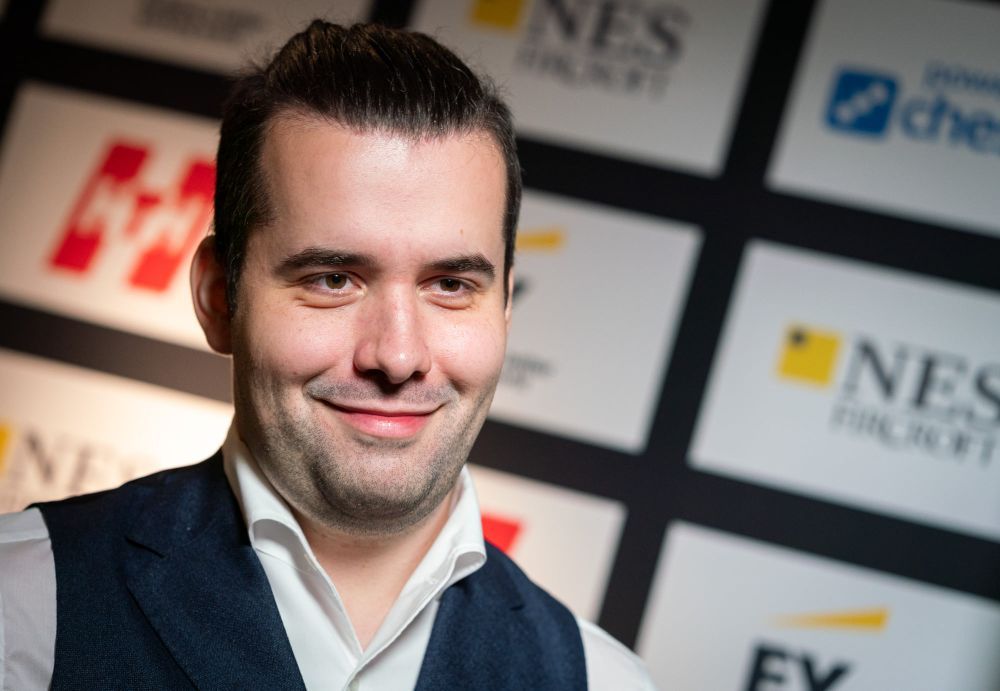 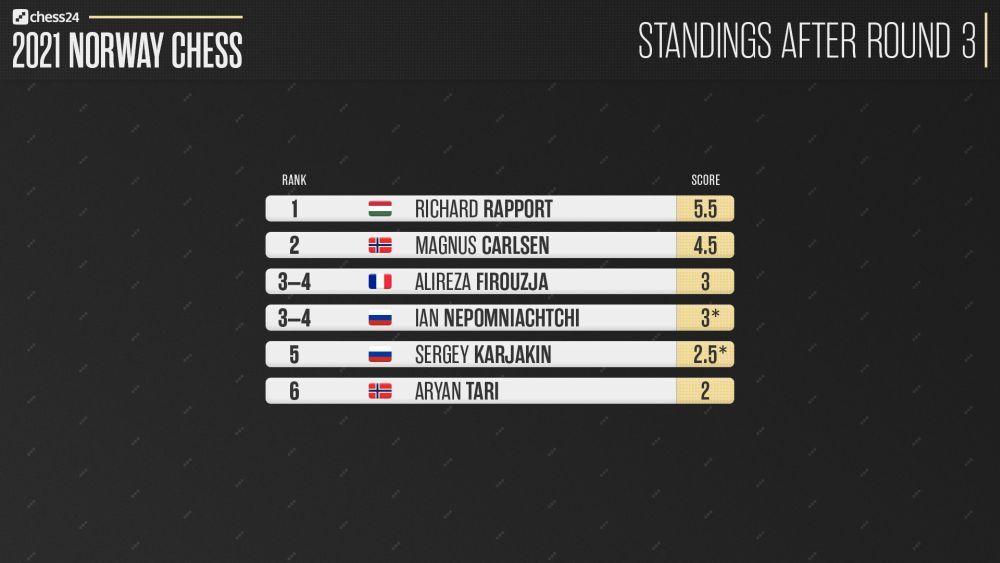