Zhansaya Abdumalik seems to have made the most out of the rest day as she beat Nana Dzagnidze to regain the lead with 5.5/7 in FIDE Gibraltar Women's Grand Prix. Mariya Muzychuk drew with Stefanova after the latter escaped with a perpetual check in a difficult position to salvage a draw. Mariya is now at sole second position with 5.0/7. Both Kateryna Lagno and Gunay Mammadzada are at shared third place 4.5/7 each respectively. Dinara Saduakassova scored her first victory of the event against Anna Muzychuk. Round 8 starts today at 6:30 p.m. IST. Photo: John Saunders/FIDE

IM Zhansaya Abdumalik regained sole lead as she defeated GM Nana Dzagnidze in Round 7. She is now at 5.5/7, a half point ahead of previous round co-leader Mariya Muzychuk 5.0/7. Mariya had a good position but Stefanova managed to escape with a perpetual check to save the game with a draw. 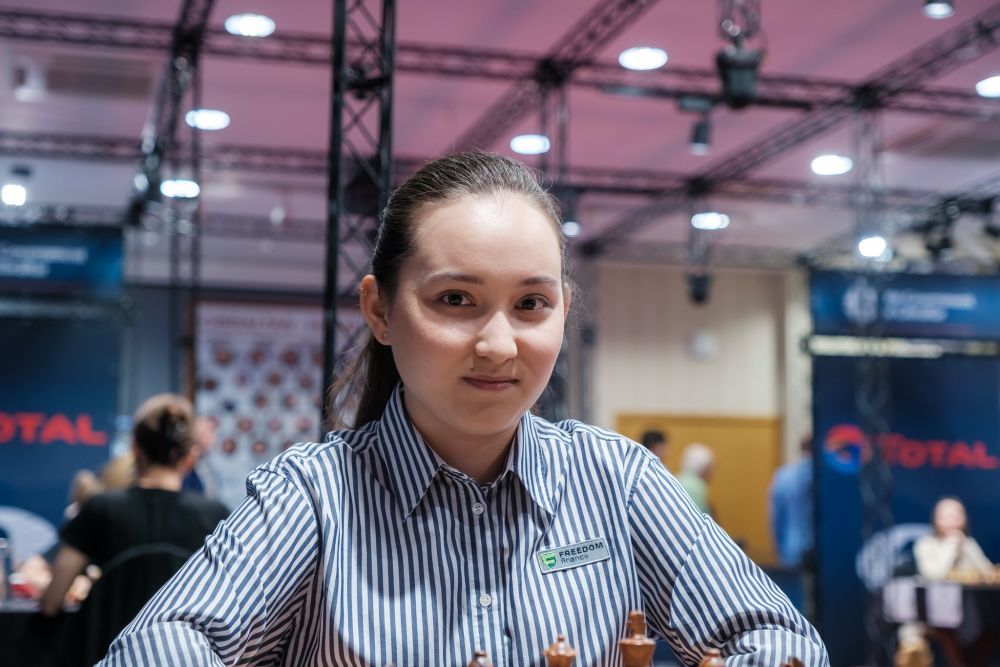 Zhansaya Abdumalik is playing some fantastic chess just like she did in the last Lausanne GP | Photo: John Saunders/FIDE

Mariya got a good position out of the opening as Stefanova opted for a dubious line. 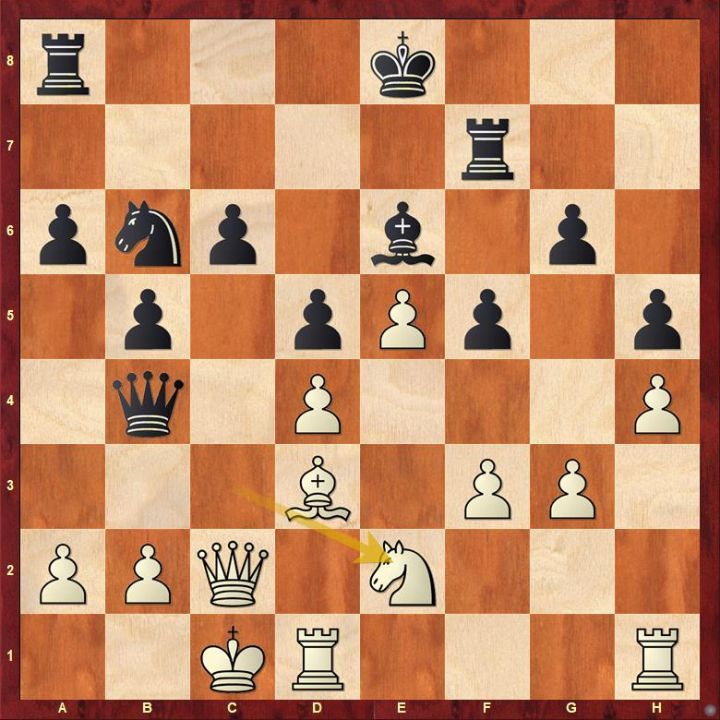 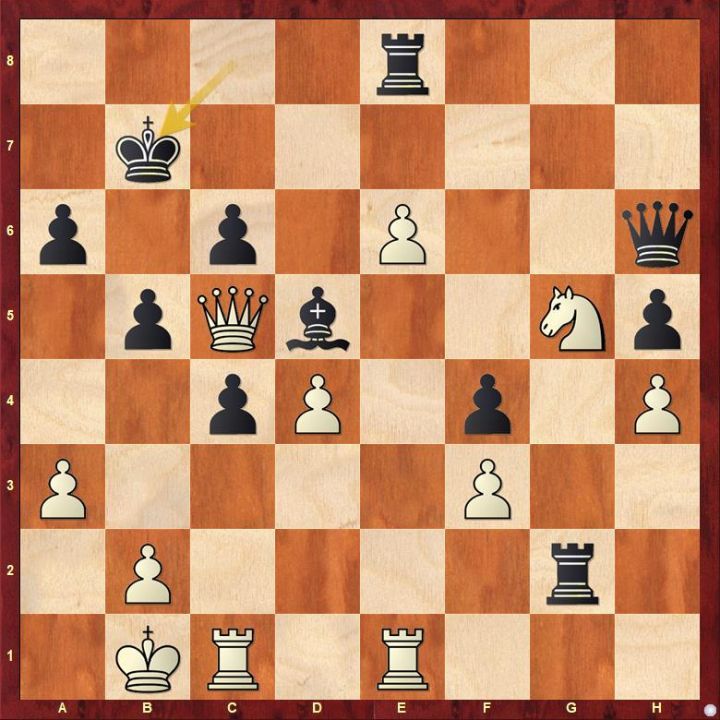 The game continued with 38.Qd6. Find out what was the better plan for white. 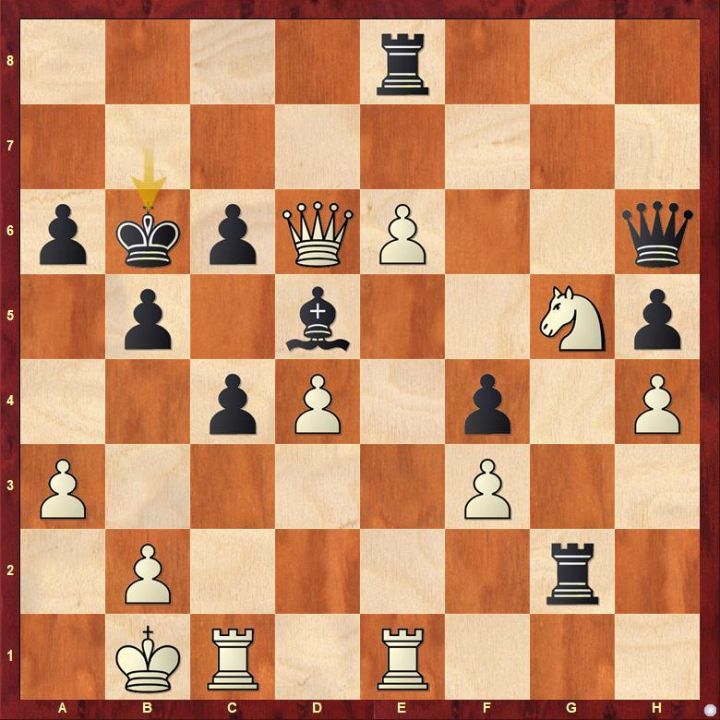 The final mistake came in the form of 41.Qd7. It allows black to save the game. How? 41.Re5 was a better choice for white. 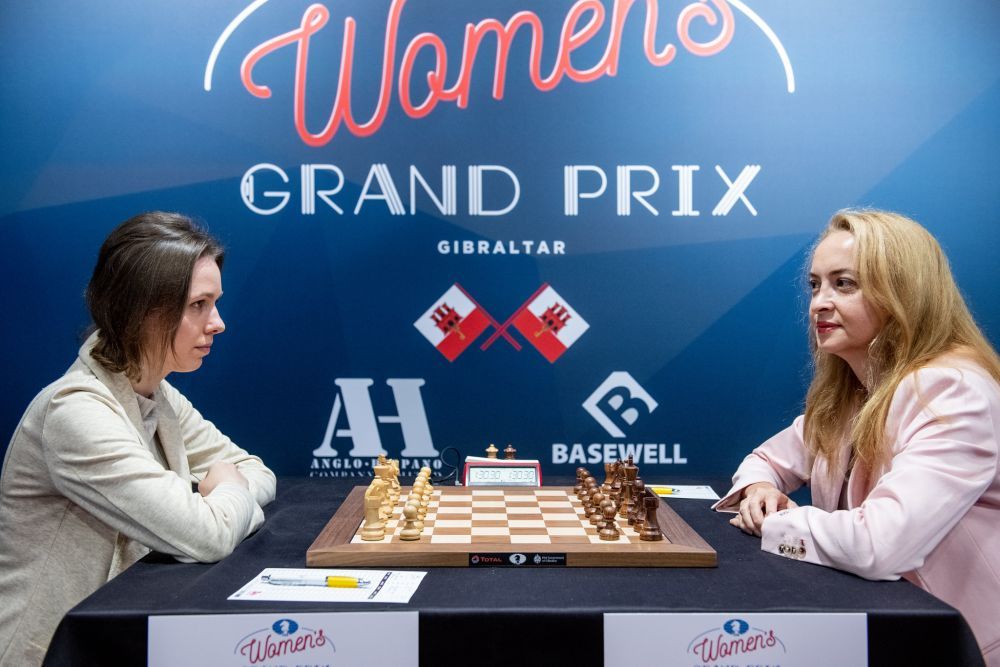 Fun fact: The last time there was a winner with the black pieces between a Mariya Muzychuk and Antoaneta Stefanova encounter was in December 2017.

Abdumalik got away as her tactical error went unpunished by her Dzagnidze. 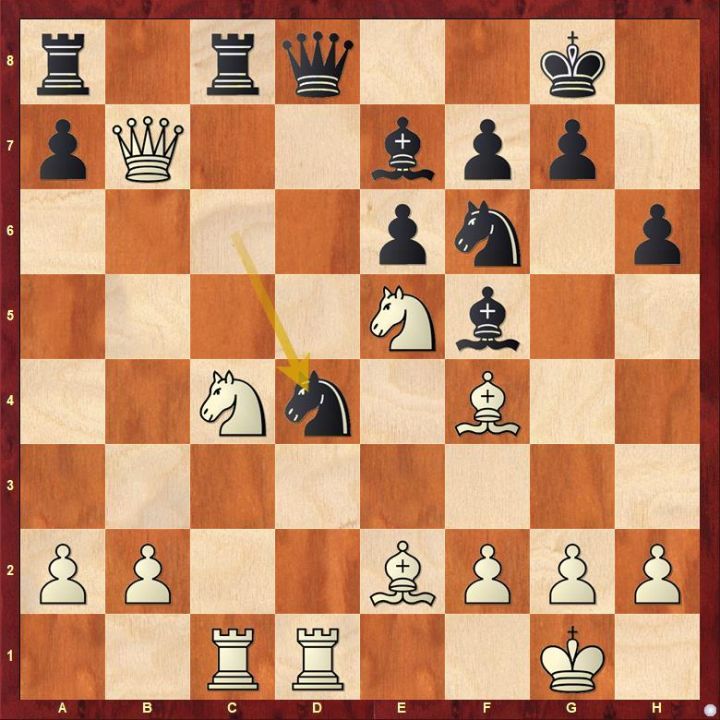 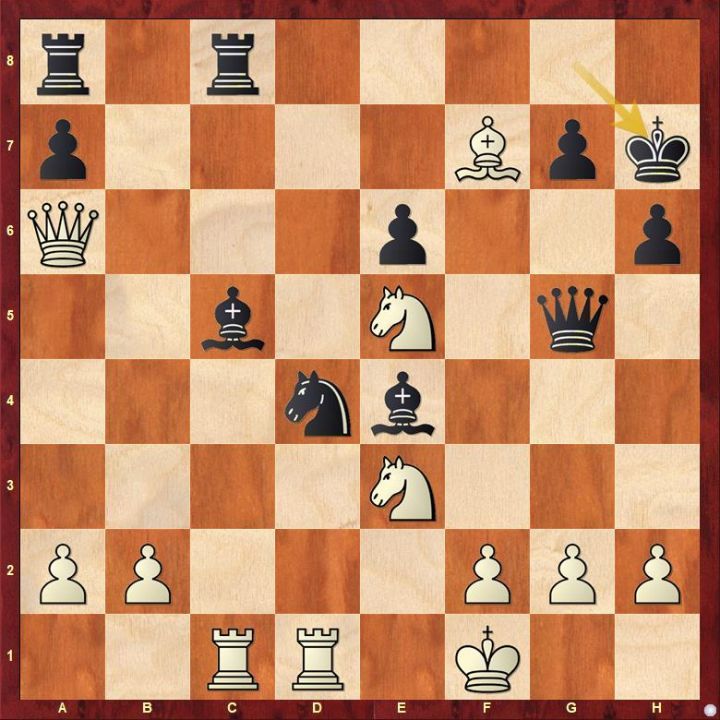 In the above diagram, white took on d4 with 23.Rxd4. That was not the best continuation. Why? White lost the game in another five moves. 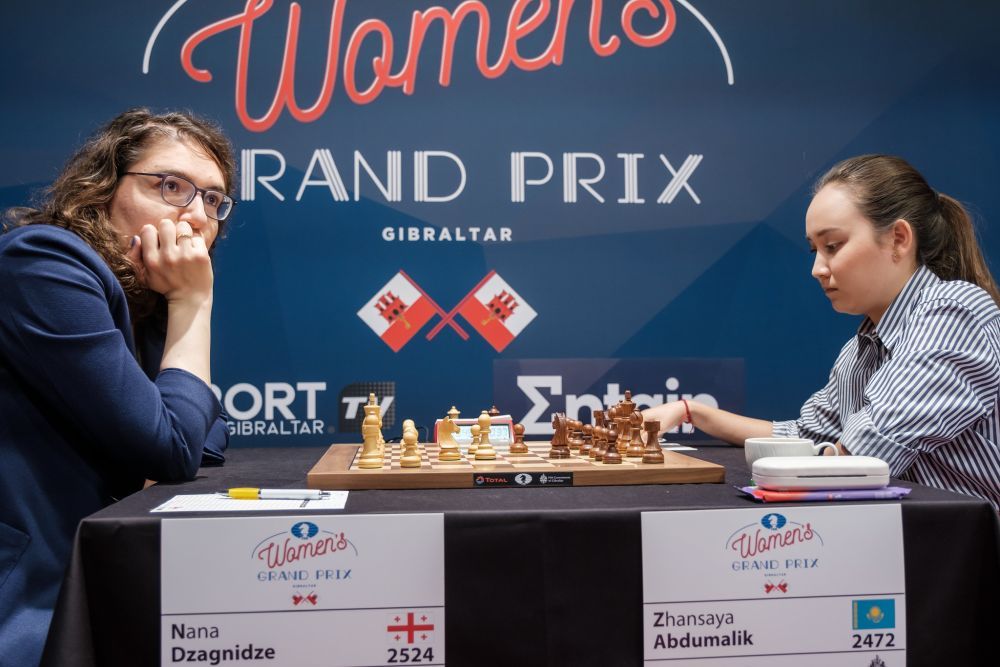 Fun fact: The last time Abdumalik beat Dzagnidze was a little over two years ago.

Kashlinskaya outplayed Bulmaga after the latter made some inaccurate choices. 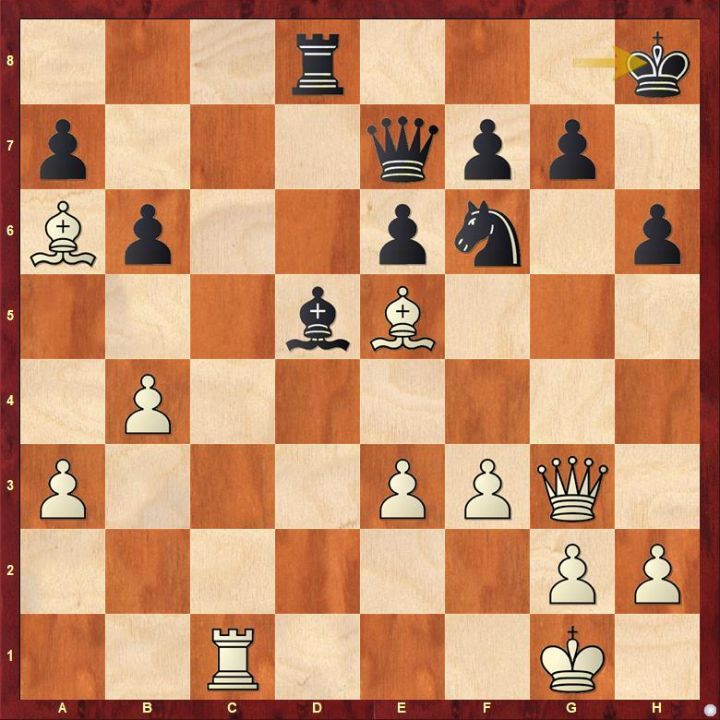 27...Kh8 only facilitated white to execute her plan of 28.Bb5 followed by 29.Rc7 and white got a completely winning position. 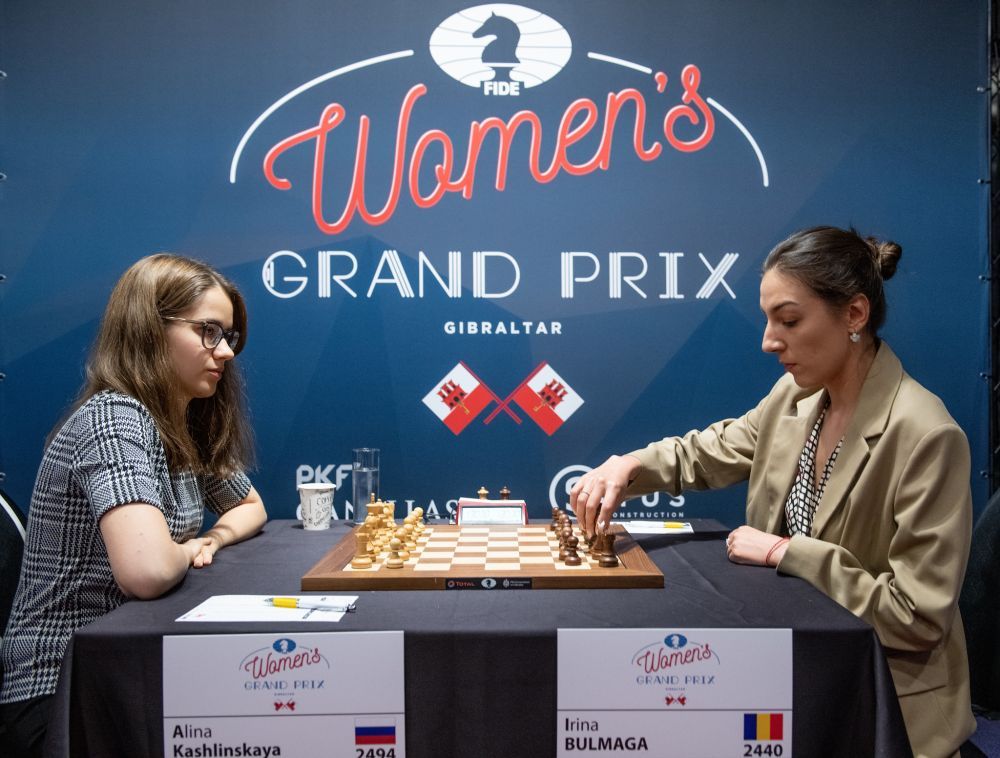 Gunina had a good position in the middlegame. 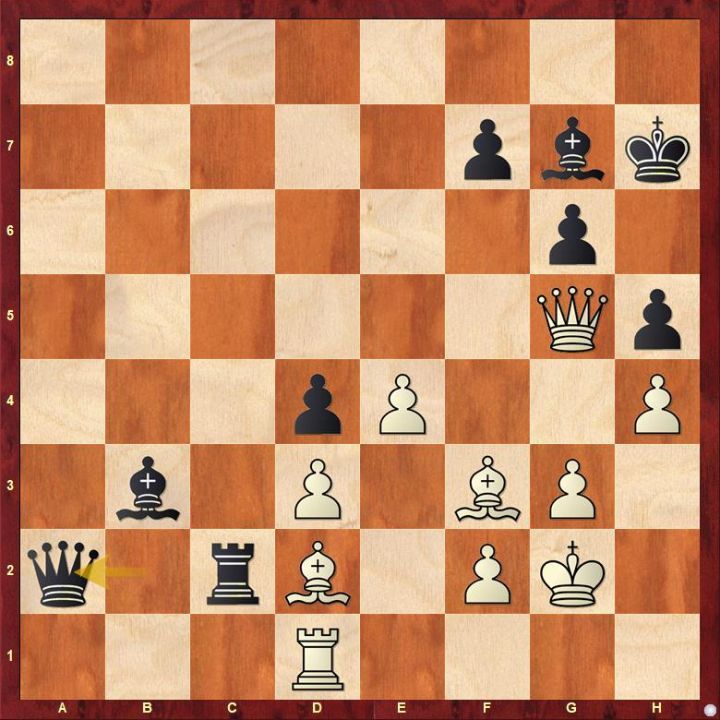 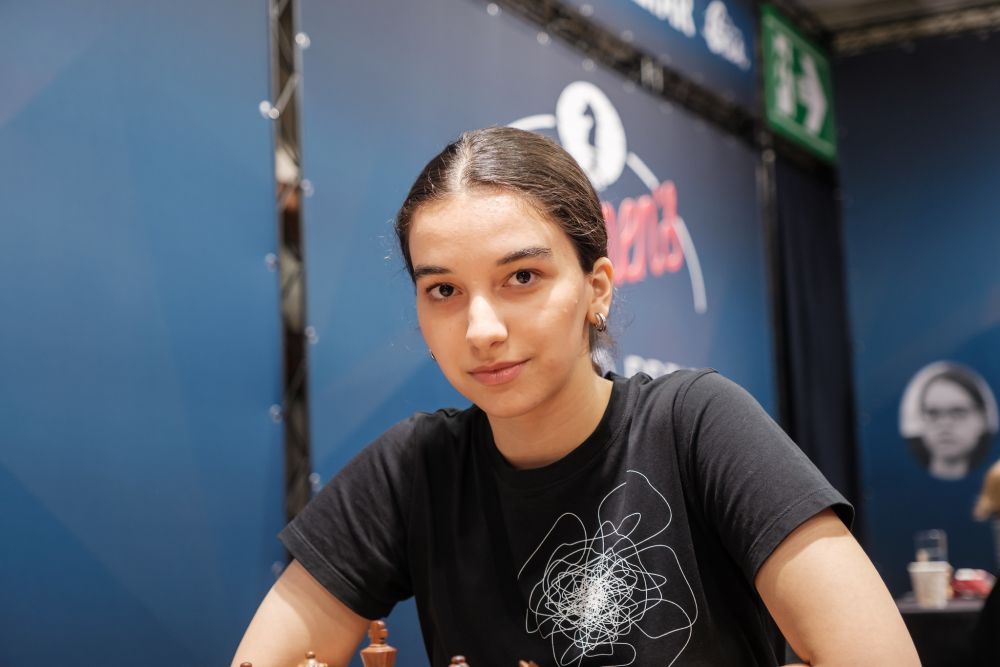 Fun fact: Mammadzada has never lost against Gunina in an over-the-board tournament.

Lagno had a solid draw with Paehtz. 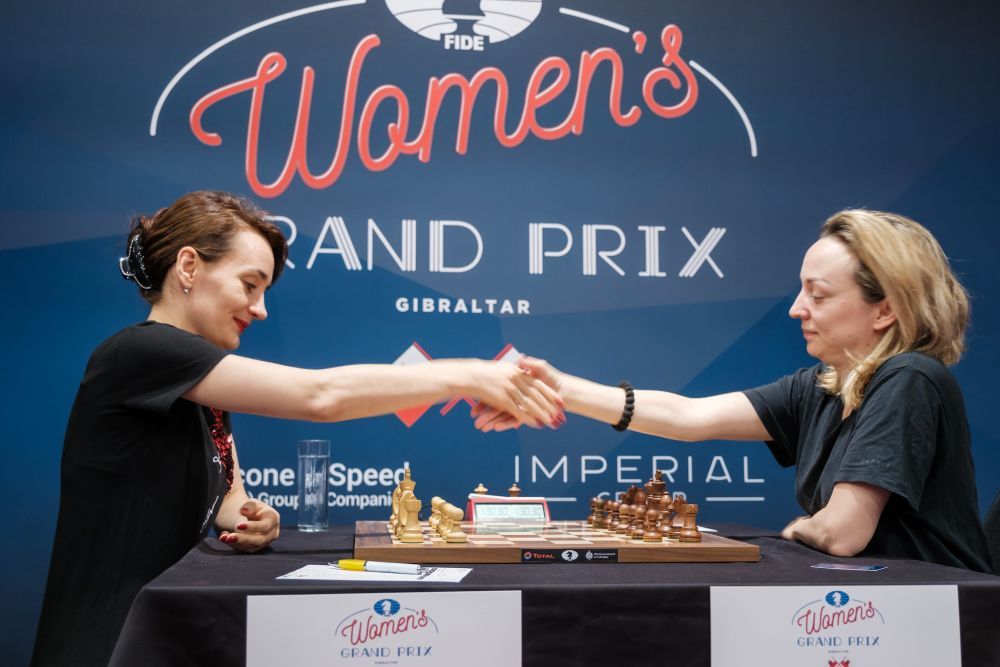 Saduakassova scored her first victory of the event against Anna Muzychuk. 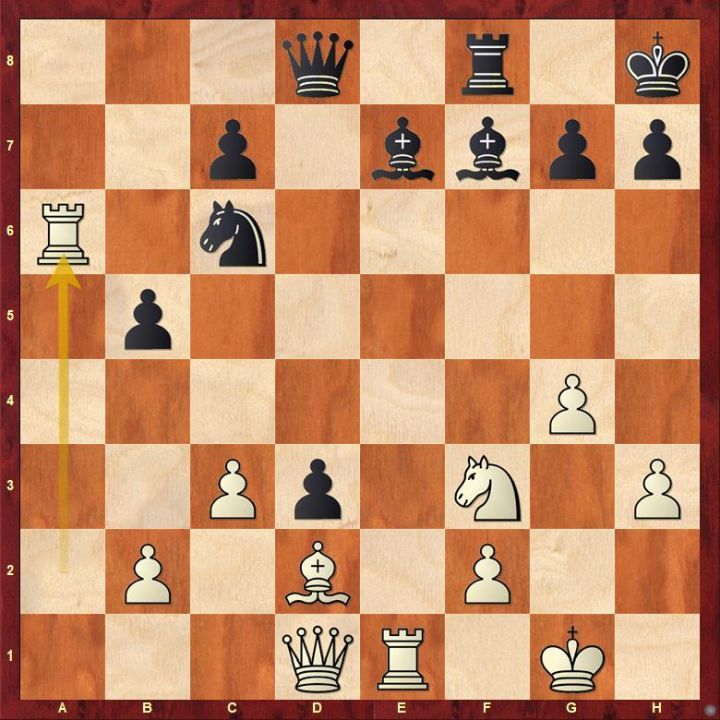 26.Ra6 allowed black to launch a brutal attack on white's kingside. Instead, white needed to play 26.b3 or Ra1 to keep things in order. After 26...Bd5 it became increasingly difficult for white to save the game. 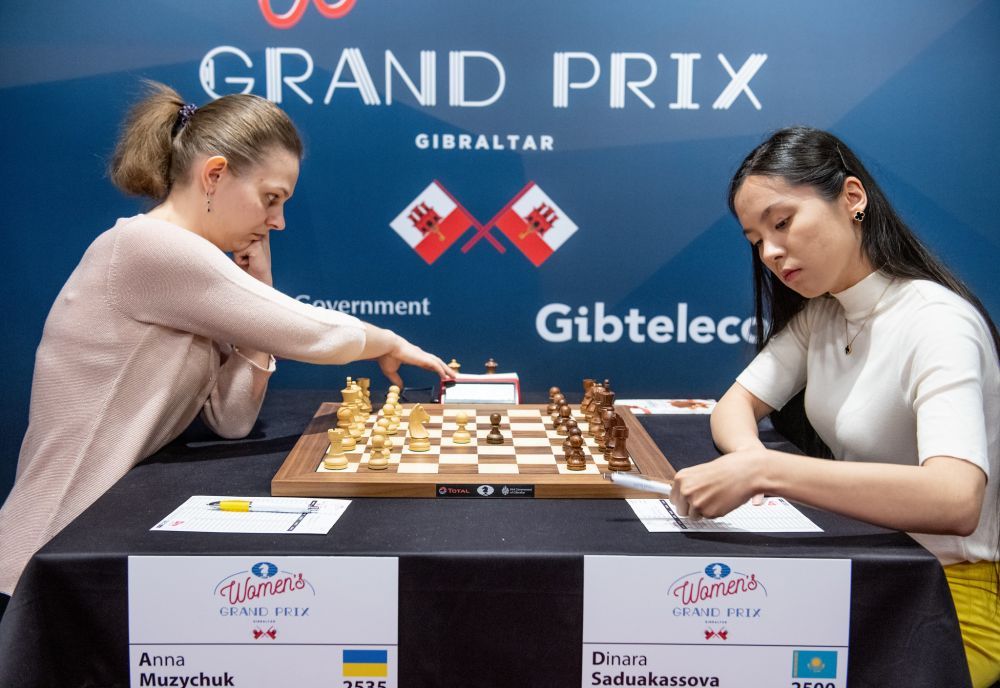 Fun fact: This was the first decisive game between Anna Muzychuk and Dinara Saduakassova.

Replay all Round 7 games