The fourth round of FIDE Gibraltar Women's GP had 50% decisive results which means the other 50% were draws. The tournament witnessed its shortest draw in just 12 moves. Both Abdumalik and Lagno made comfortable draws against Bulmaga and Stefanova to maintain their lead with 3.0/4. Meanwhile Mariya Muzychuk beat Mammadzada to join the leaders as she moved to 3.0/4. Anna Muzychuk scored her first win of the event and moved to 2.0/4. Round 5 starts today at 6:30 p.m. IST. Photo: John Saunders/FIDE

Anna Muzychuk scored her first win of the event against Valentina Gunina as the latter misplayed in the endgame which cost her the game. Mariya Muzychuk made a short work of her opponent Gunay Mammadzada as she made a tactical error. Both Abdumalik and Lagno drew their respective games against Bulmaga and Stefanova respectively to stay in the lead with 3.0/4 along with Mariya. 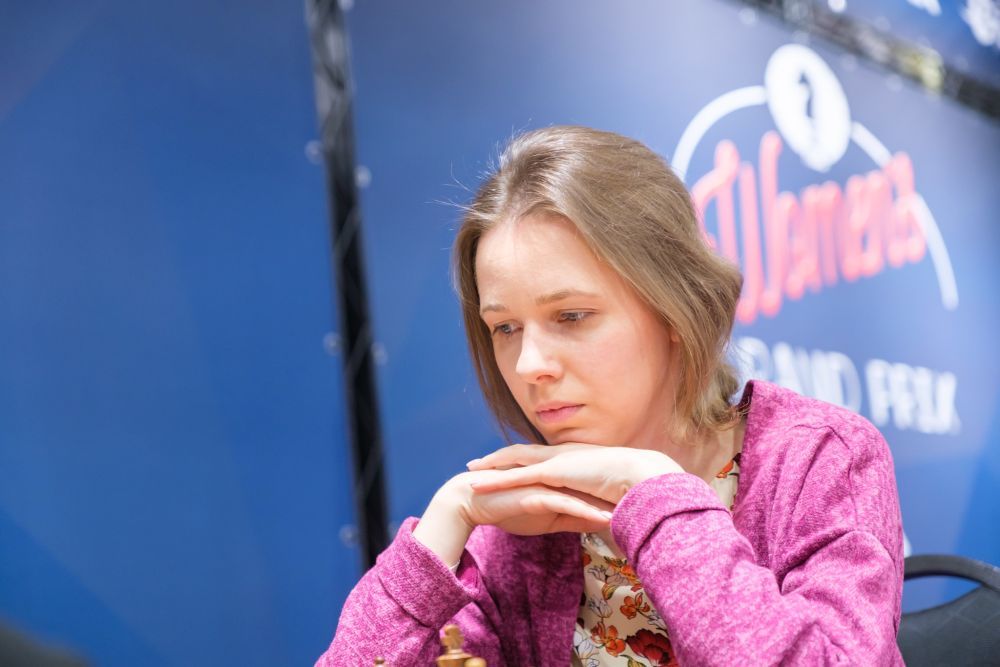 It was a good day for the Muzychuks | Photo: John Saunders/FIDE

One thing you can be sure of is, even if you do a slightest of mistake against Anna Muzychuk in the endgame, she will seize it and that is exactly what she did against Gunina. 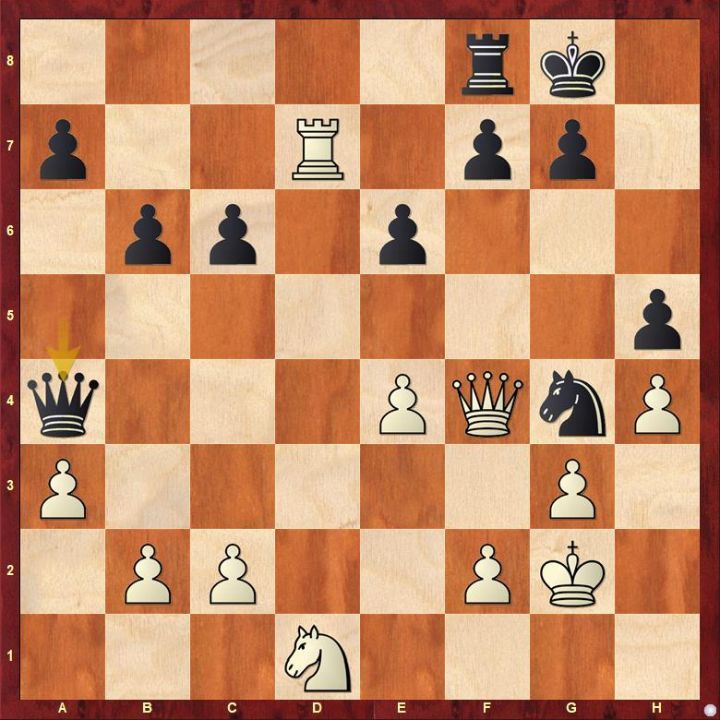 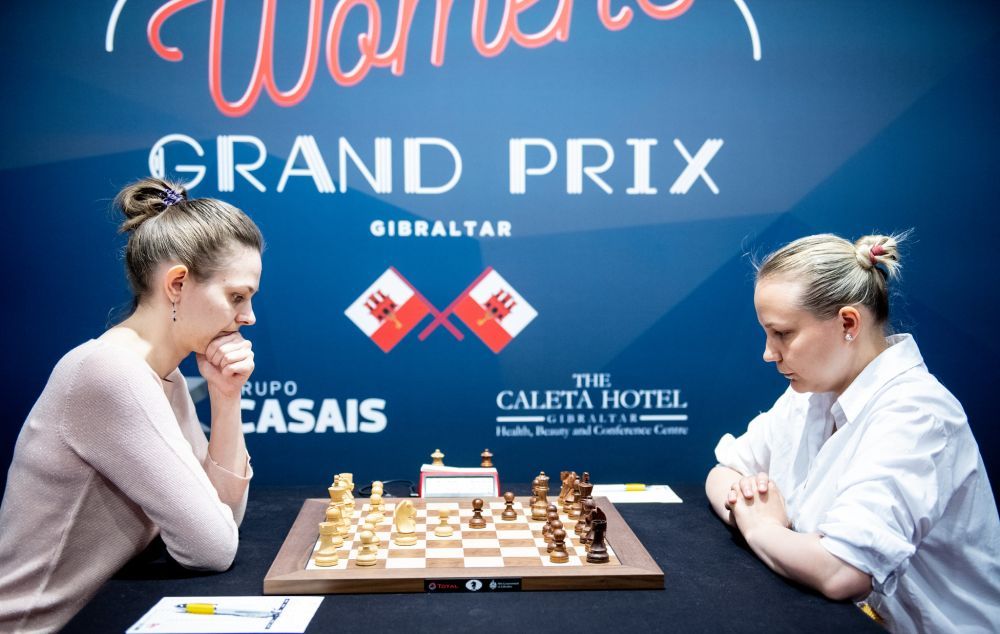 Anna scored her first win of the event and moved to 2.0/4 | Photo: David Llada/FIDE
Interview with Anna Muzychuk | Video: FIDE 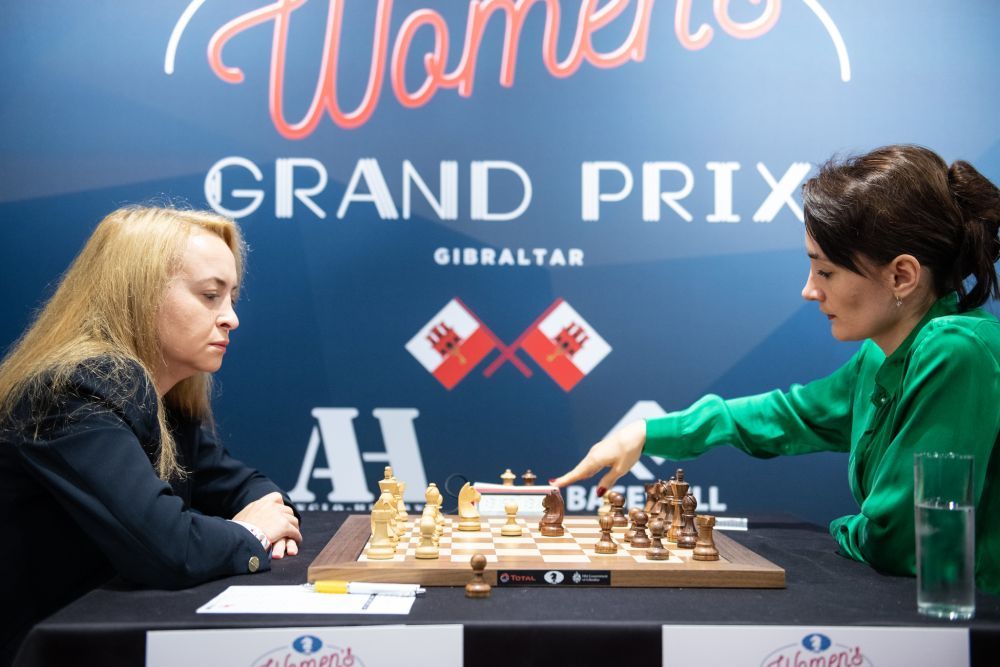 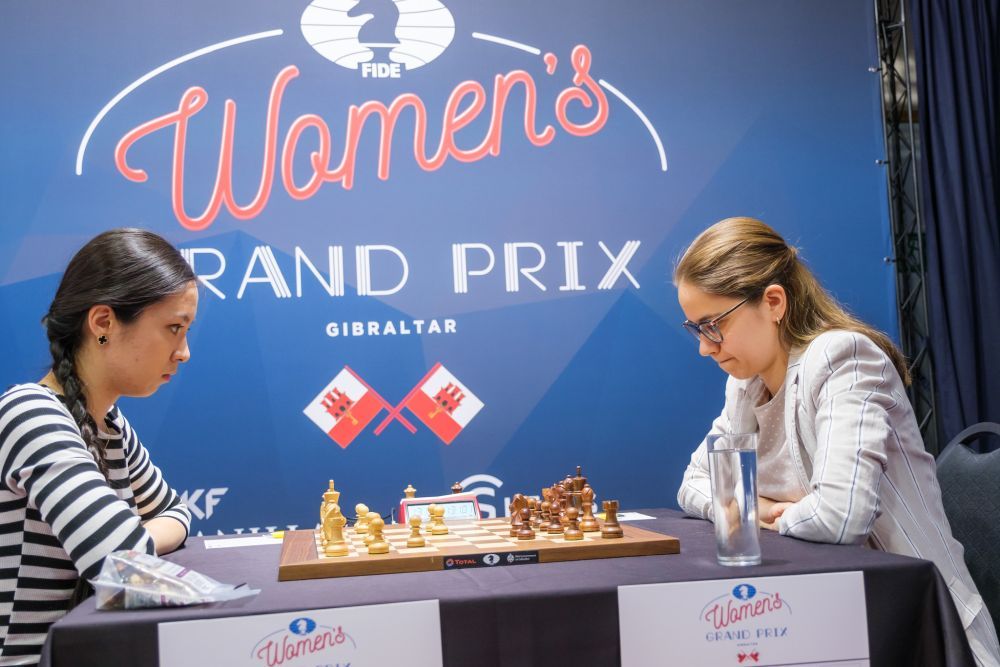 Saduakassova scored for the first time in the event by making a 12-move draw with Kashlinskaya | Photo: John Saunders/FIDE

Dzagnidze did not anticipate Paehtz's attack on her kingside correctly. 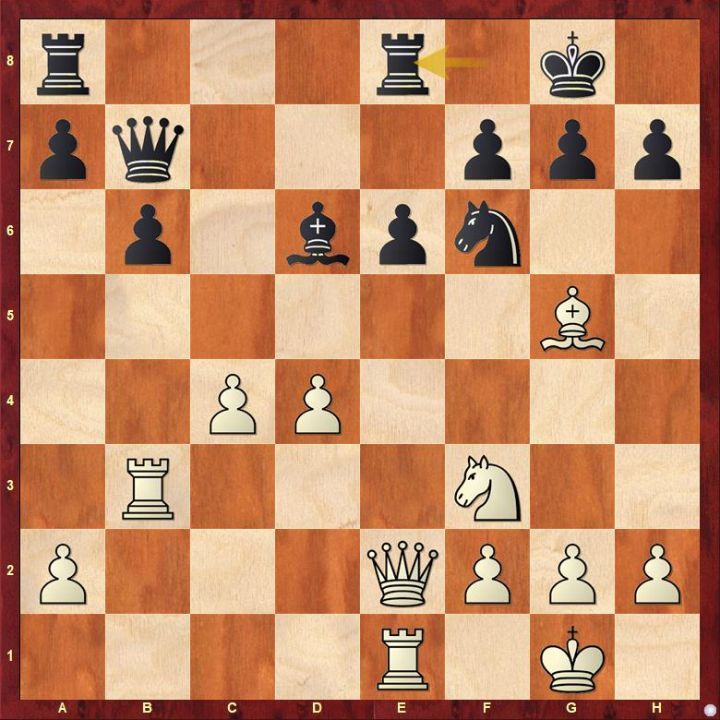 19...Rfe8 allowed white to wreck black's kingside with 20.Bxf6. Black needed to avoid that possibility with either 19...Be7 or Nd7. 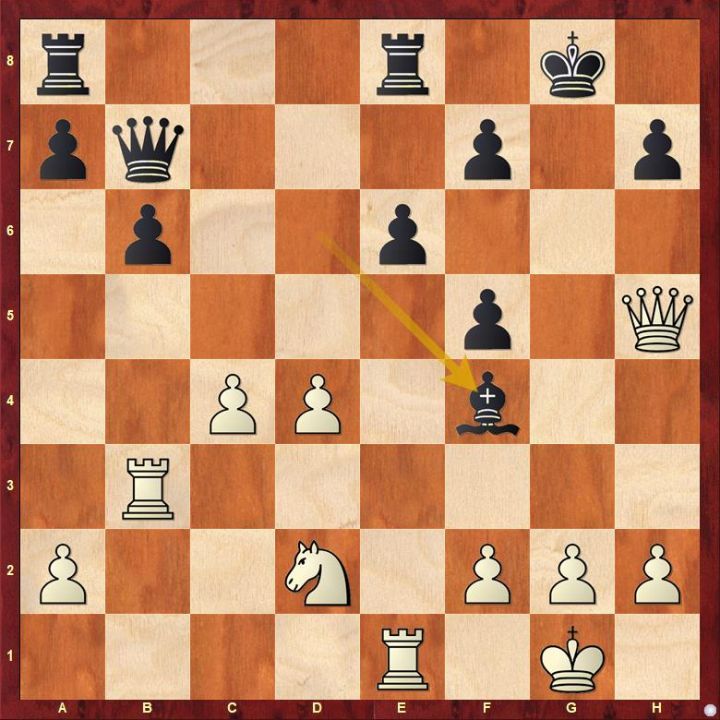 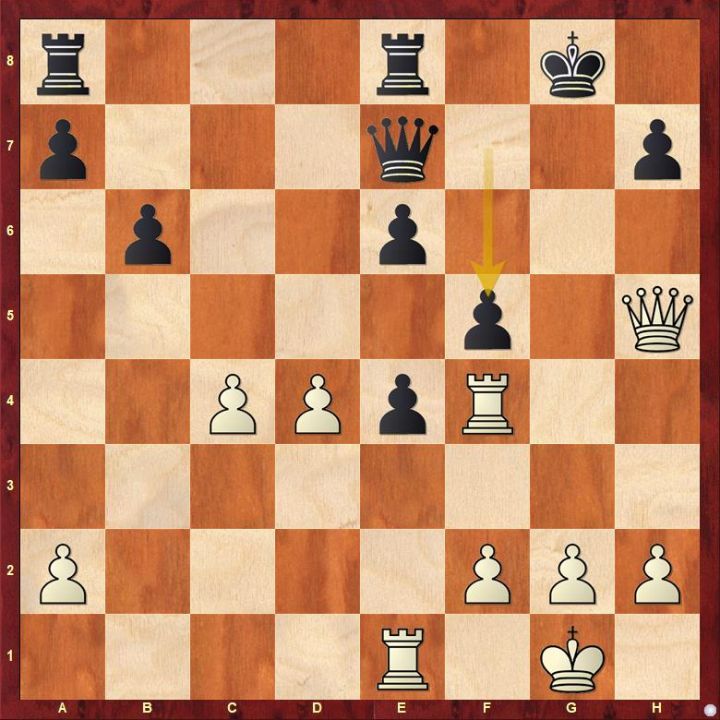 It seems like black has managed to save all threats with 25...f5. Well that is far from truth. Find out the best continuation for white. Soon black had to give up her queen for two rooks. It was just a matter of technique for white, one she converted with ease without any difficulty. 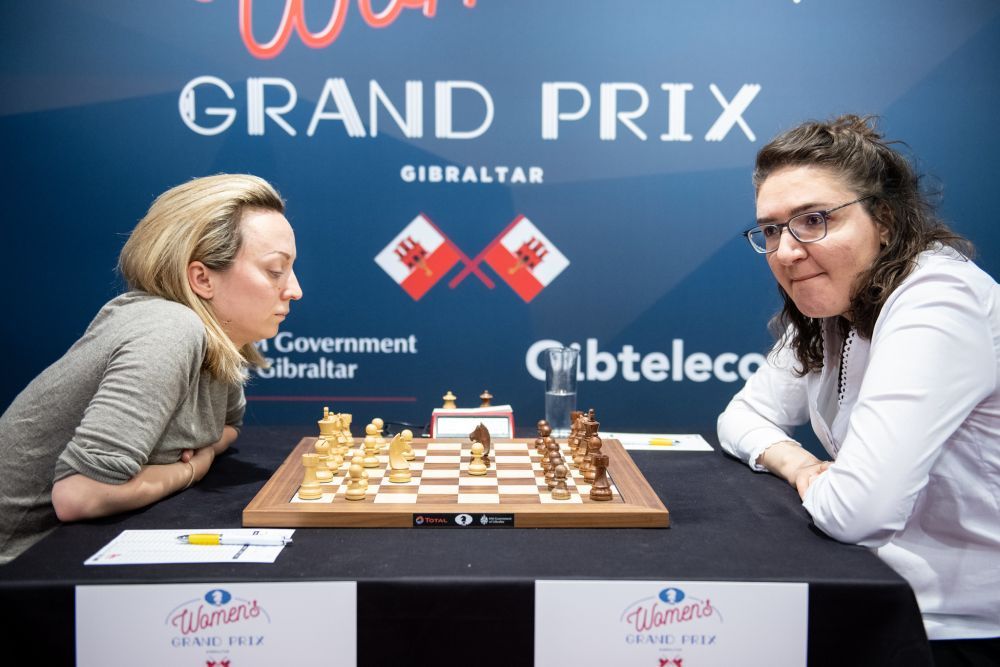 Mammadzada made a tactical error which Mariya immediately capitalized upon and white had to resign in the next three moves. 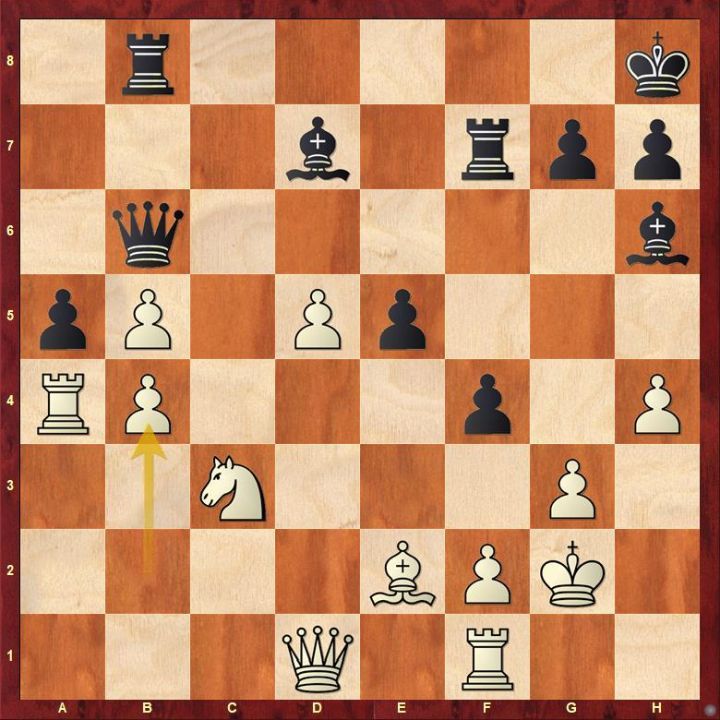 25.b4 is a huge mistake. Find out why. White just needed to focus on her advantage and continue the game with 25.d6. With this win, Mariya joined the three-way lead with Abdumalik and Lagno at 3.0/4. 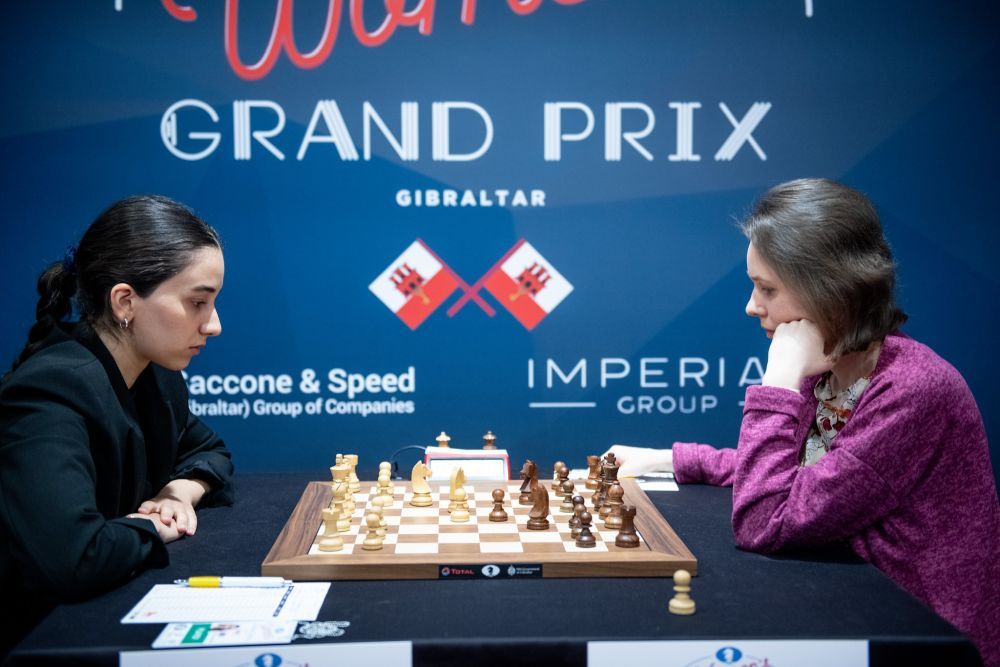 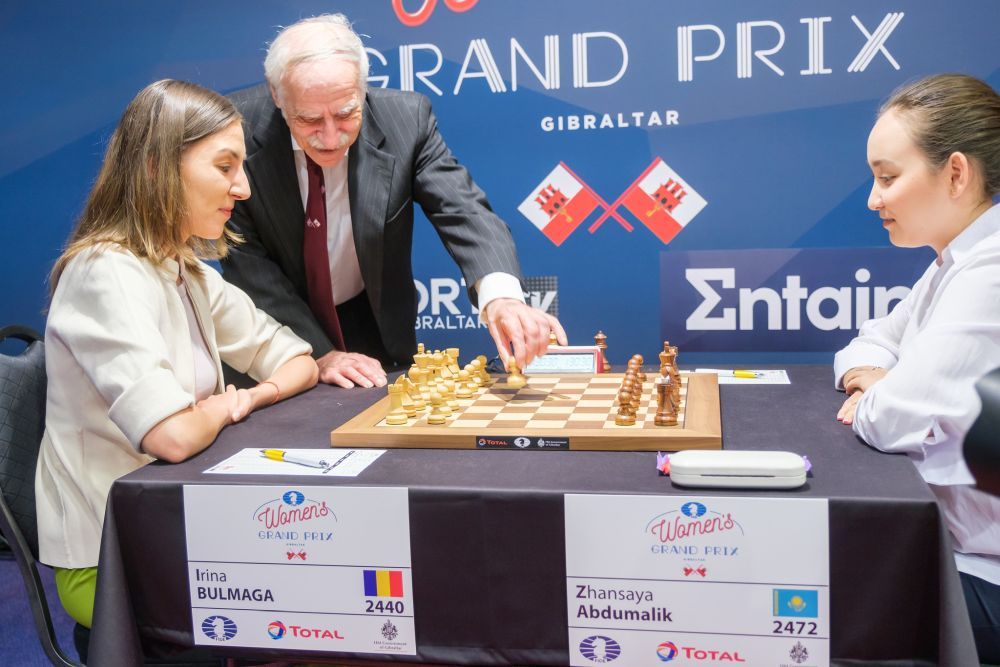 Replay all Round 4 games